June 3, 2007:  The wing-mounted aileron servo still has easy movement with the clutch disengaged.  No loose nuts or bolts found here.  Both linkages are moving freely and the wires are still out of the way with no chafing or wear on the insulation. 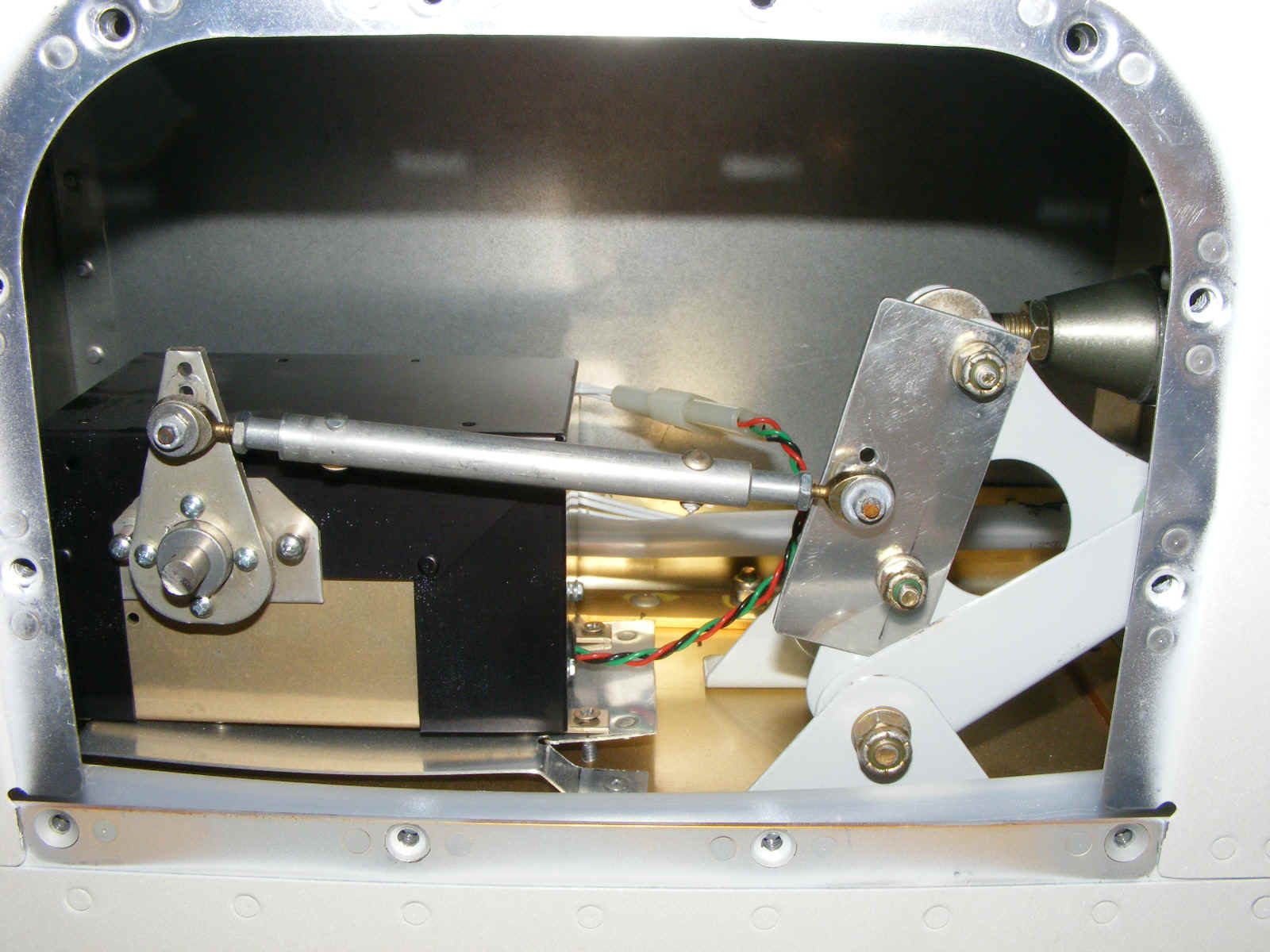 At the end of the work session, this was the status of N2PZ.  The right gear leg fairing needs some fiberglass repair before it gets installed again.  The right landing gear fairings were normal.  I cleaned them and put them back on the airplane. 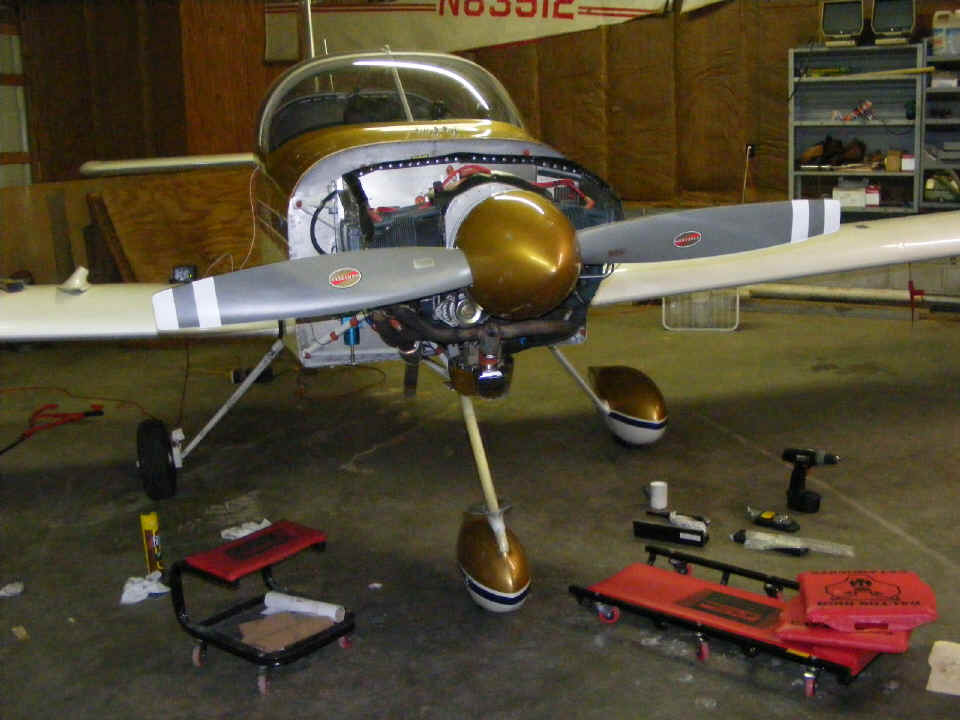 June 4, 2007:  Not much work on my airplane this evening, just some fiberglass repair of my RIGHT gear leg fairing.  I did this work using the same batch of epoxy resin mixed for some work Wendell was doing on his lower cowl.  Details of that work on his PAGE 55. 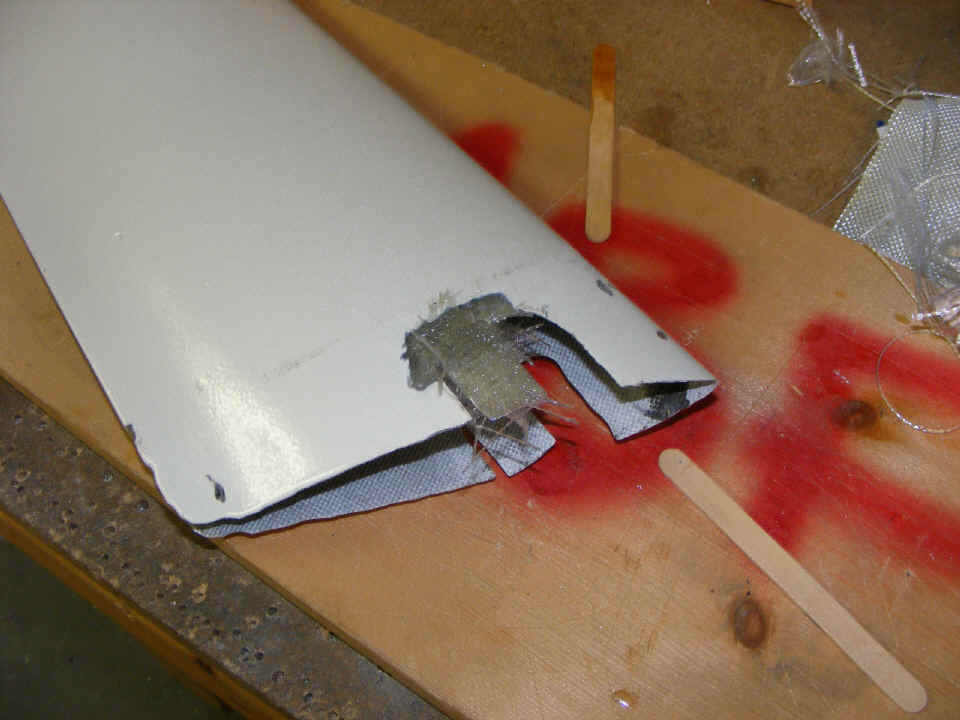 June 5, 2007:  I came over to work with Wendell and to get some things done on my annual inspection.    The gear leg fairing that was patched last night was cleaned with my Dremel tool cutting wheel and sanding drum.  I put it back on the RIGHT landing gear leg and aligned it using the upper gear leg intersection fairing.  After that, the wheel fairings were installed.

June 6, 2007:  The Wednesday night session with Wendell had him finishing up his filtered air box work with the air seal fabric and riveting on the hinge for the carb heat door.  I was over in the hangar checking the brake fluid level in the reservoir and the grease in the propeller hub.  Wendell came over to help me with the compression testing of all four cylinders on my O-320 engine.   They were all perfect of course with only 232 hours on the Hobb's meter.

I checked the aircraft log book and found the 2006 annual inspection had a Hobb's reading of 173 hours.  Having a job and other things to do in 2006/2007 cut short my flying.  Let's face it, the first year got 40 hours just doing the Phase 1 testing.  Then there was Oshkosh, the Great Lakes, New England/NYC, LOE5 in New Mexico, Labor Day 2005 in Texas, and at least four Florida trips before getting the new job in January 2006.  All that travel and flying 11 young eagles consumed those first 173 hours fairly quickly.  The second year of flying included Denver, Oshkosh 2006, a Kentucky/South Carolina day trip, and two round trips to Florida on two successive weekends in May 2007.  Other than that, just a few local flights helped to round out the 59 hours flown since last year's annual inspection. 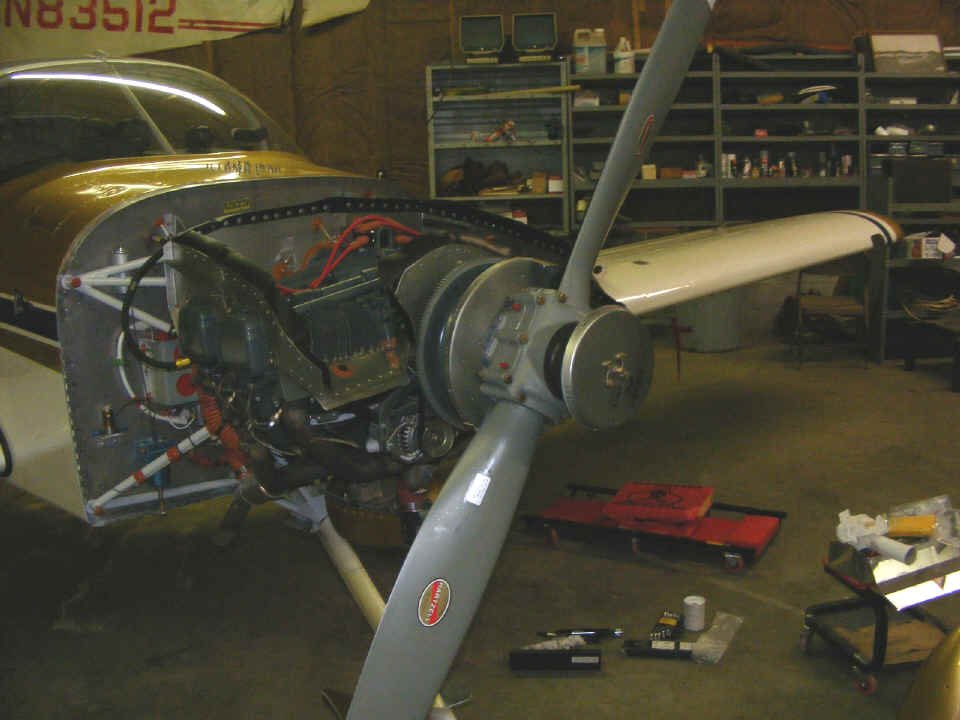 June 7, 2007:  This Thursday night session finds the K&N air filter cleaned and washed and set up to dry overnight.  The RED RTV that seals around the carburetor pump has been unaffected by cleaning the air filter element.  Notice that the red tint of the filter is missing.   That color is from the light oil that is put on the filter element.  The instructions said to let the filter dry naturally before putting the oil back on for normal use.  That will be on Saturday morning. 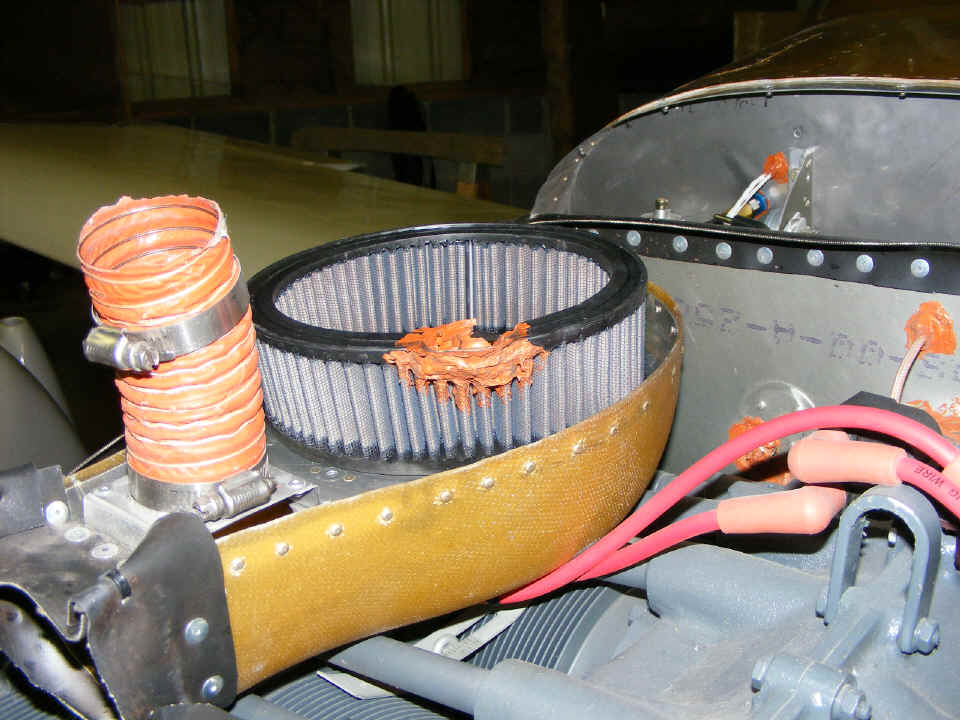 Here is what the K&N air filter recharge kit box looks like from your nearby auto parts store. 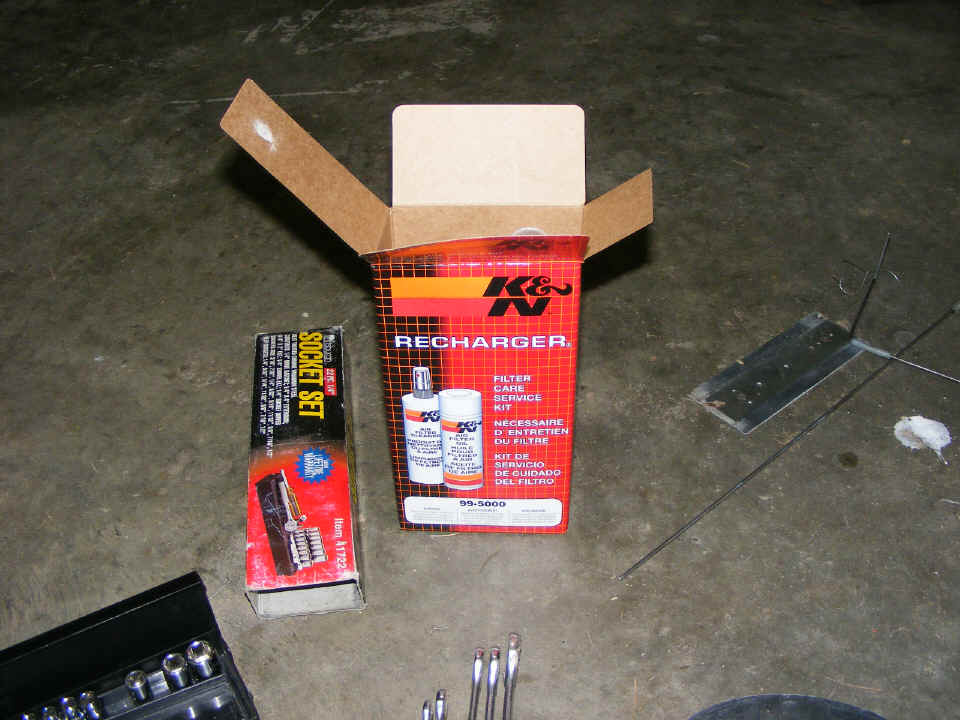 Below the engine, the linkages for mixture and throttle look much the way they did after last year's annual conditional inspection. 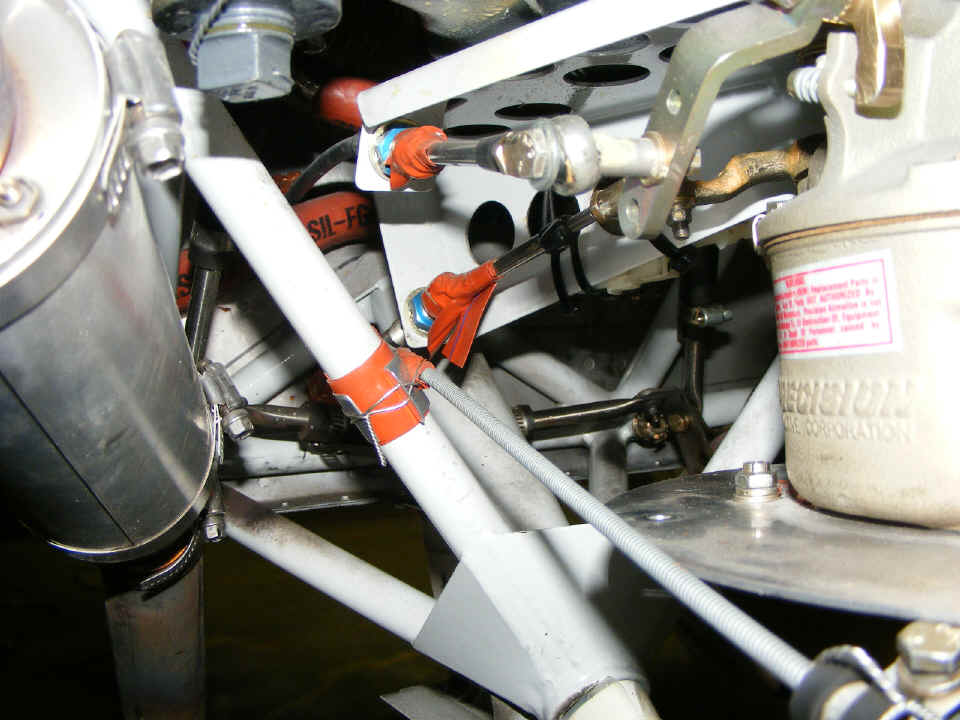