January 9, 2004:  Richard Nadig is the EAA advisor for chapter 150 - Rock City Wings.  Here he is outside his hangar on the ramp at Collegedale, TN airport.  He has many neat tools to help struggling builders like me. 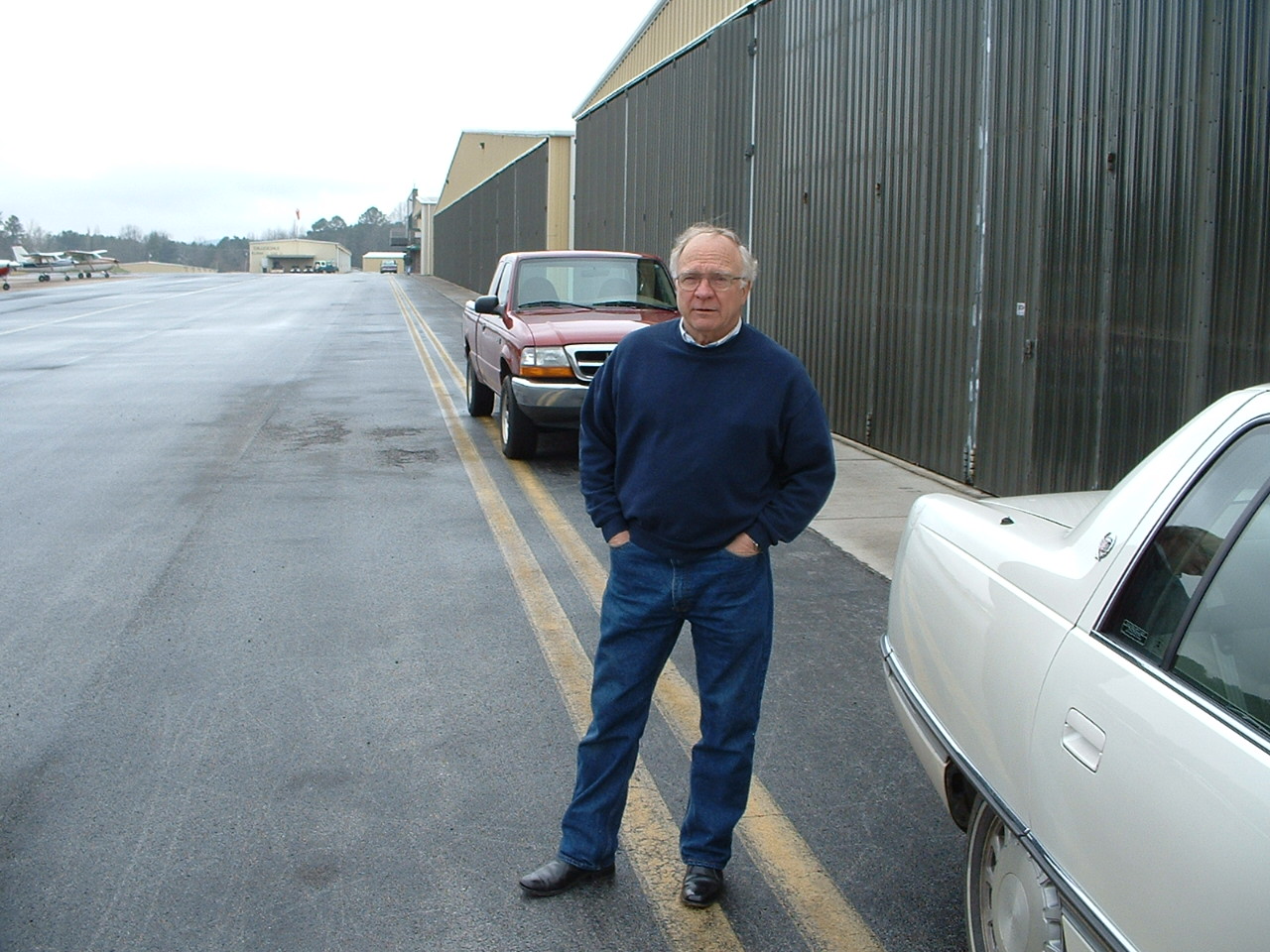 You can see Richard has an RV-3 he bought from the builder.  Since Rich has his A&P license, he can maintain it with no problem.  He is a retired air force pilot among other past vocations.  I found out that he sold the airplane pictured below in May of 2004.

July 5, 2004:  I also noticed that I had previously identified this airplane in error as an RV-4.   That area where this plane was sitting on this day now has a fuselage jig sitting there and a Harmon Rocket II is taking shape in that space.   More to come on that as time goes by. 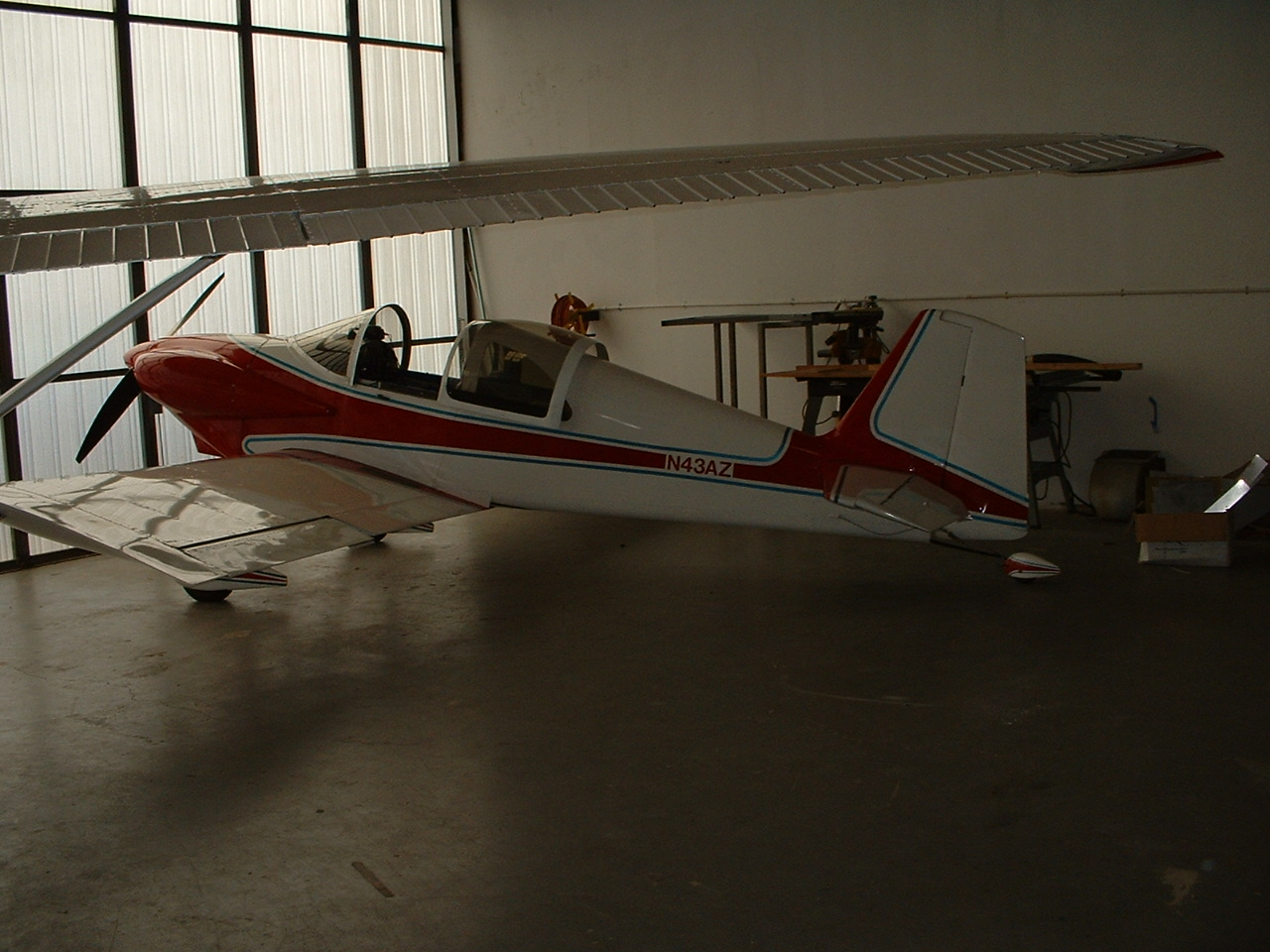 He also has a Cessna 182 which he has restored.  It is loaded with a new panel including the Garmin 430 GPS/COM/NAV and matching transponder. 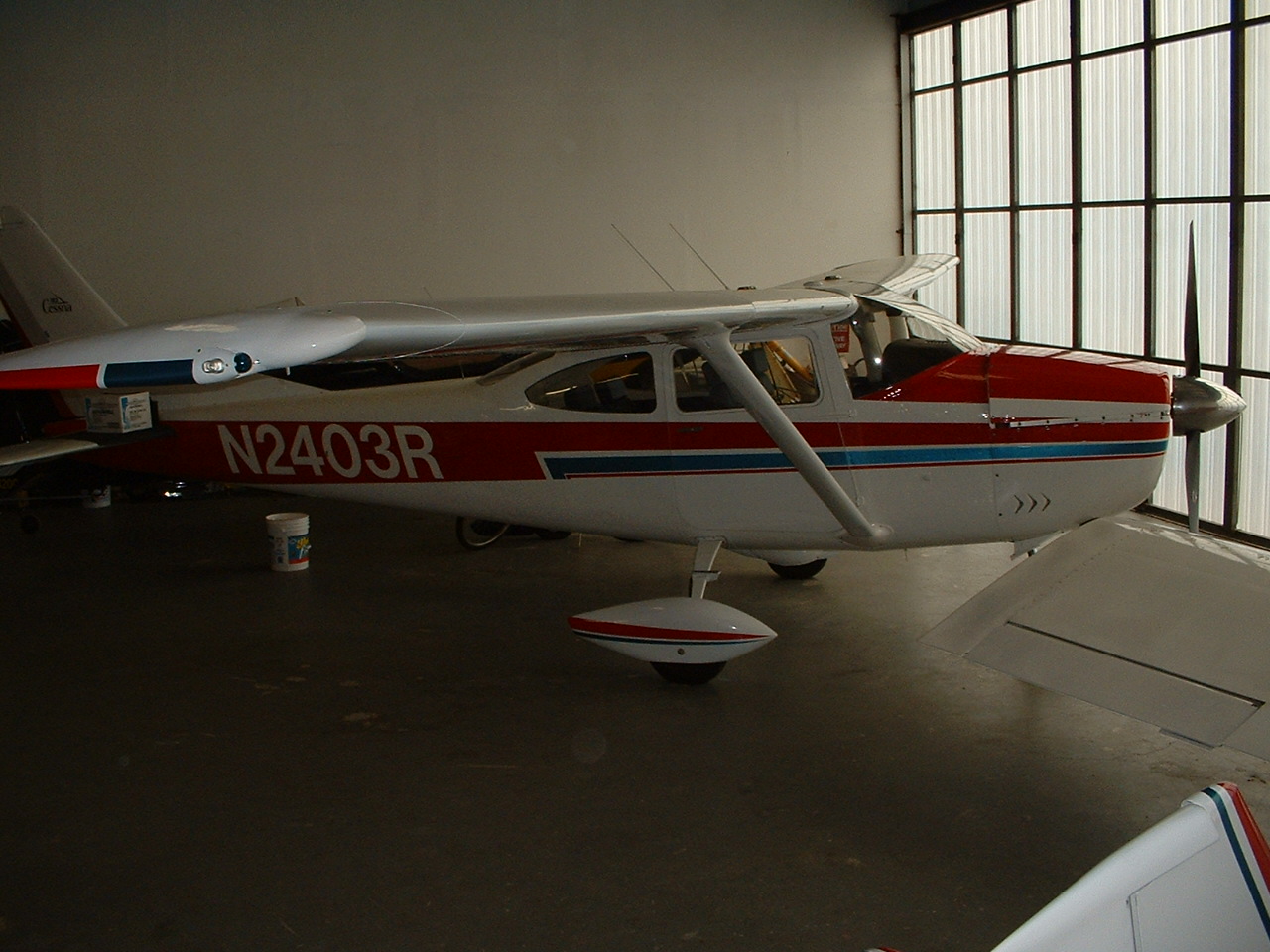 September 5, 2004:  I went to see Rich a few days ago and found the fuselage of his Harmon Rocket with some skins riveted in place at last.  Here are two shots to show the steel fuselage jig he has to use since this kit was originally an RV-4 created before the new match-drilled computer manufactured parts used in the all the designs since RV-7.  The green and yellow metal shear I used when I was making my blank instrument panel is barely visible behind the tail of the fuselage.  The front end of the fuselage is much stronger than the original RV-4 since it has to deal with a bigger six-cylinder engine and its increased horsepower. 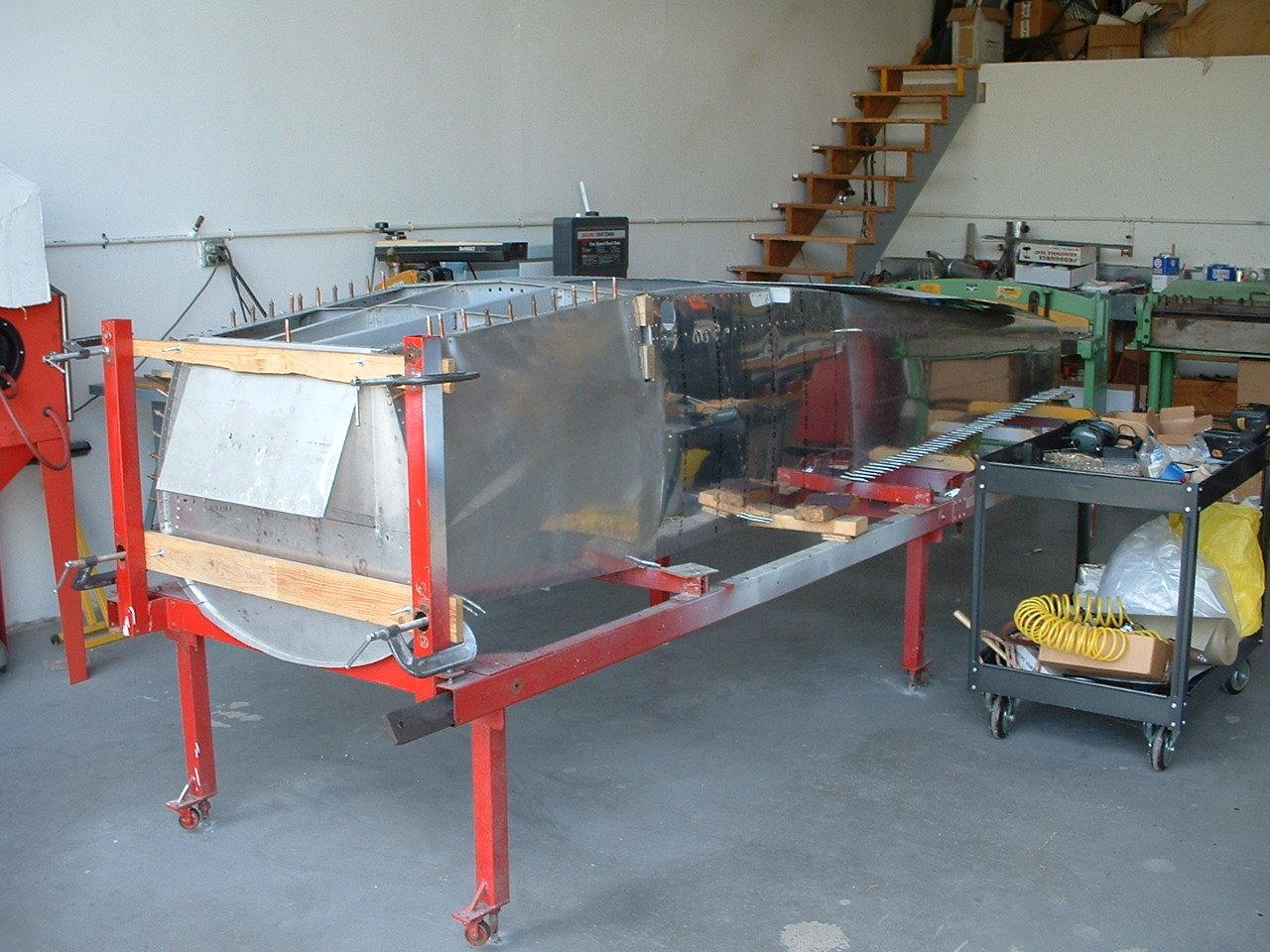 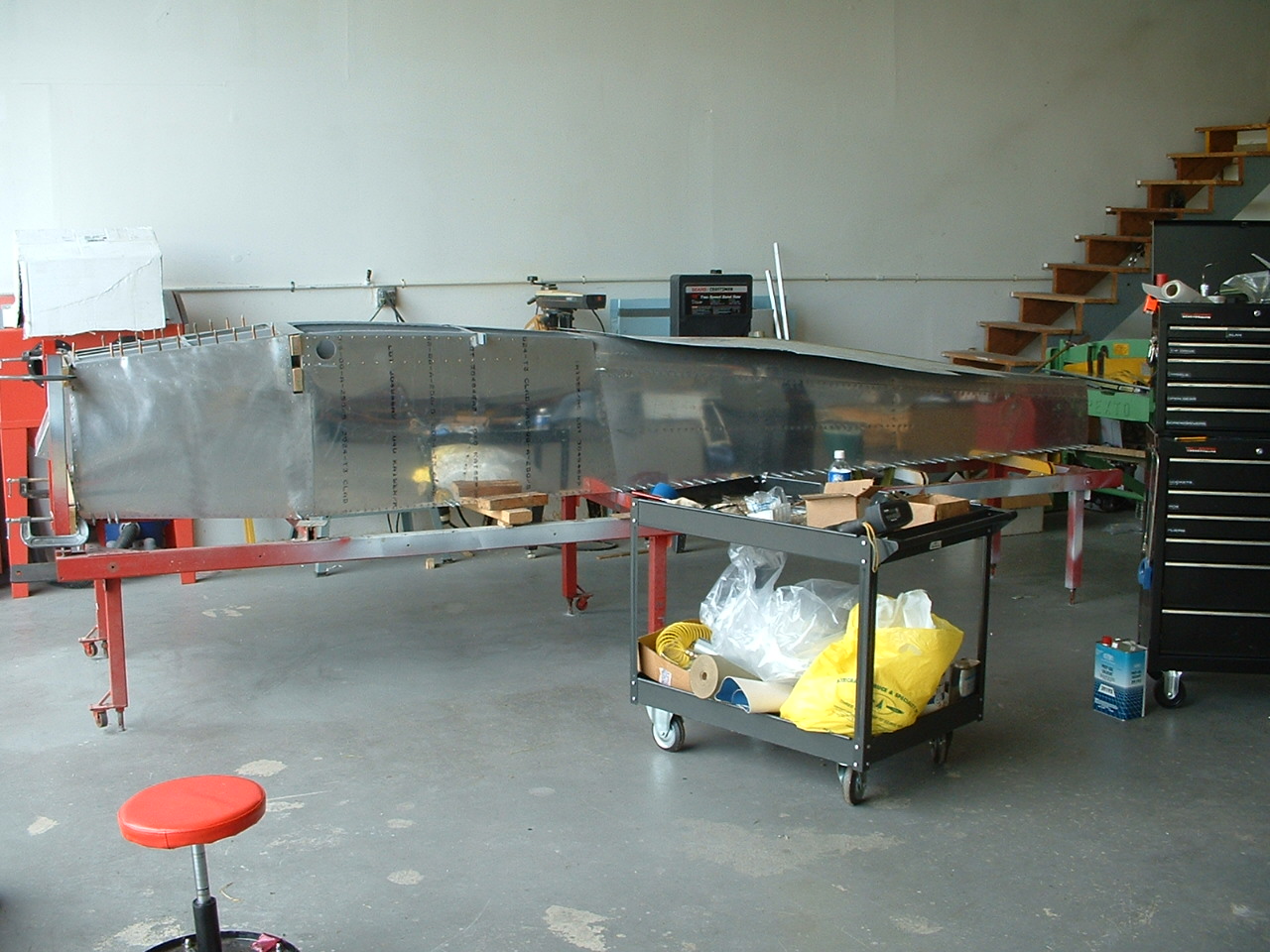 March 25, 2008:  To see how this project comes out, go to the new page on Rich Nadig and his Harmon Rocket.