December 24, 2008:  The day before Christmas is always slow.  For Wendell, it was a chance to finish a modification to the battery cover in the rear baggage area.  He had already cut the hatch from the original cover and cut and attached one side of the hinge to the cover.  I came over to help him align the lid before drilling the second hinge to the cover shell.  The light-weight angles stiffen the shell where the lid lays on them.  The heavier angle adds stiffness to the original shell now that it has the the large opening.  That piece of angle extends from near each side of the shell and also serves as a latch point for the latch assembly. 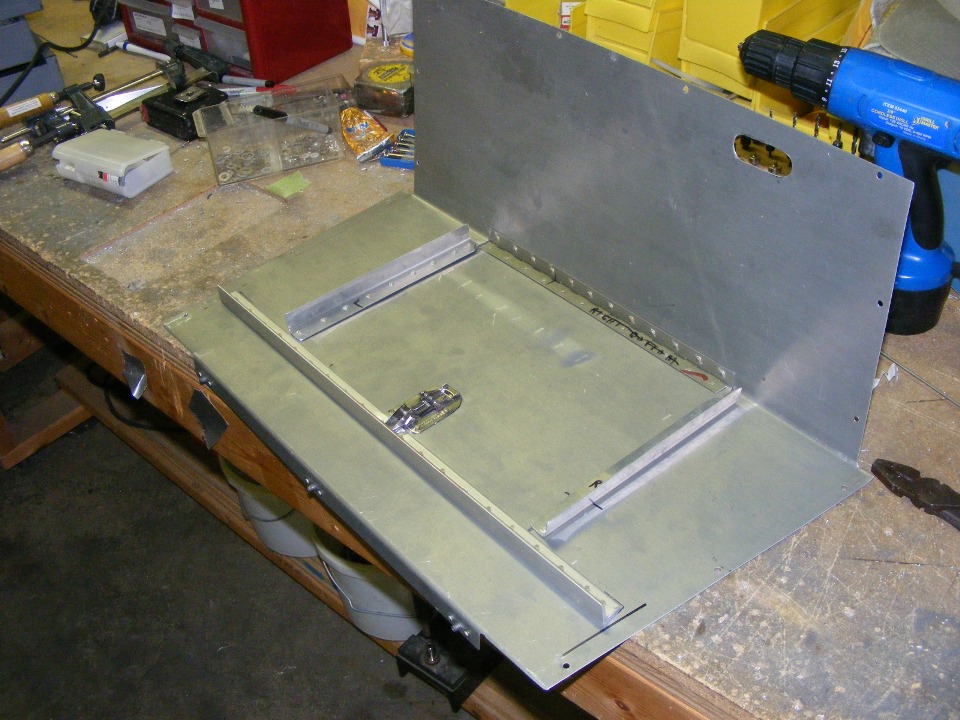 This view shows the top side after all the rivets and latch assembly are set in each piece. 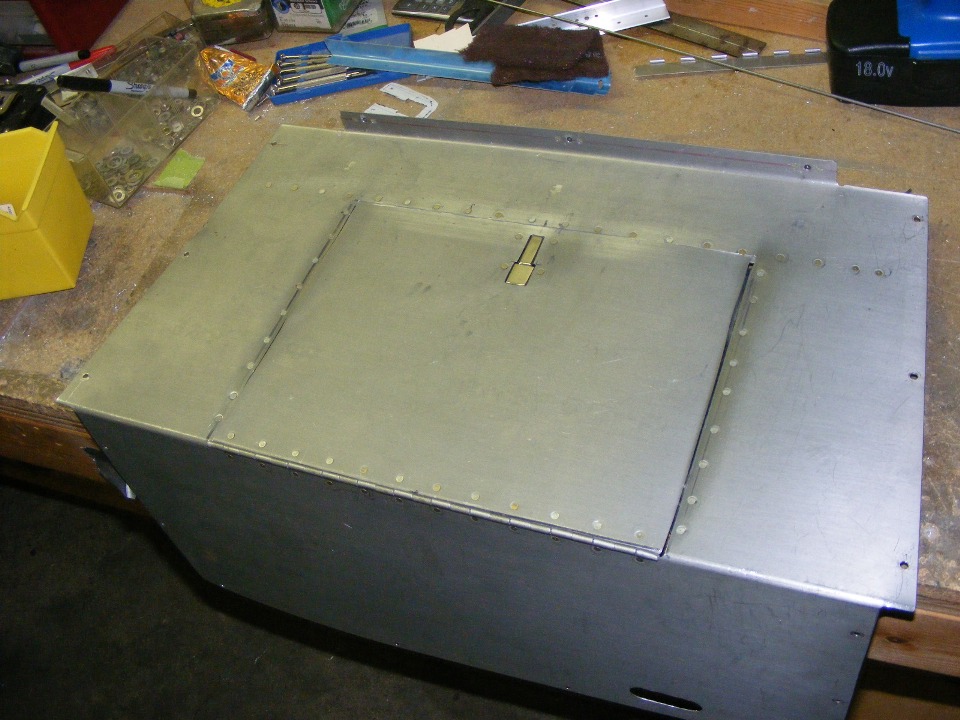 Here is a better view from the "front" of the shell with completed battery access hatch.  The large oval hole in the front is for the circuit breakers that are attached directly to the battery, not via the master solenoid switch. 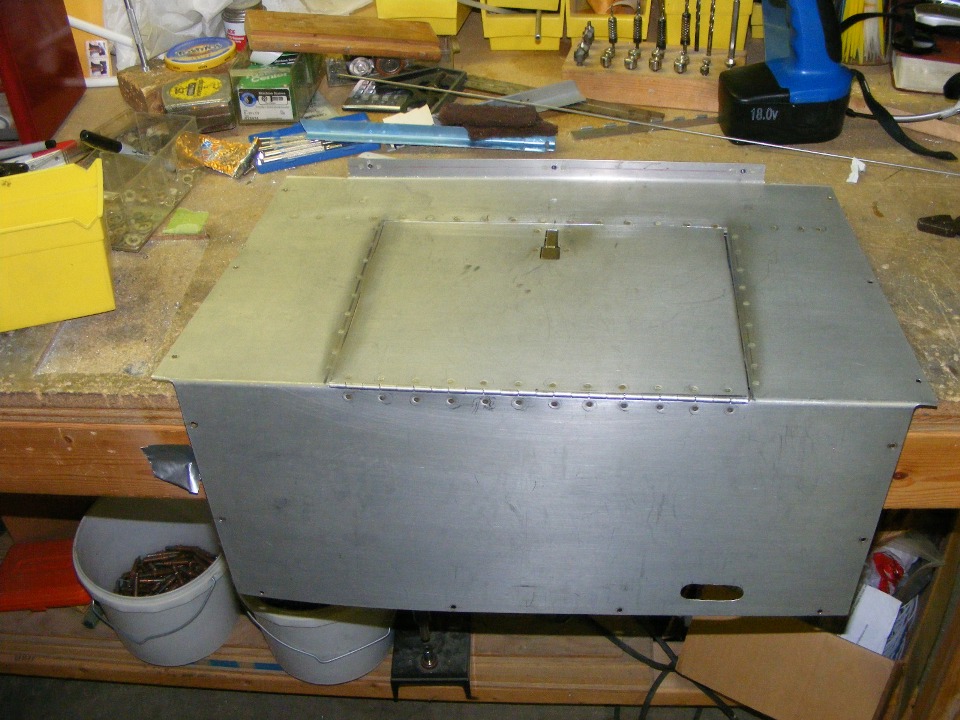 Wendell had mentioned to me that one of the battery bolts was loose and could have been the reason he was having "trouble" with his alternator.  I found that he had put the longer battery lug bolt on the negative terminal instead of the positive terminal.  He changed the original copper flat washers to lock washers to prevent any future connection issues.

January 1, 2008:  Wendell took another of his pilot friends for his first ride in the RV-8.  They made a trip up to Lebanon and McMinnville, TN today while I was gone down to the Atlanta area.  They met a bunch of local pilots at the Lebanon airport, and the founder of the "Cracker Barrel" restaurant chain.  He offered to take them to lunch and to his corporate warehouse, but time was not available for this trip to take advantage of that invitation.   Wendell says he will make a day trip to see the gentleman and enjoy his hospitality.  The Lebanon airport is where we went for a fly-in back in 2005.  On the way home from Lebanon, they stopped at the Warren County Airport (KRNC) near McMinnville, Tennessee for low-priced AVGAS at $2.65 per gallon of 100 low-lead fuel.  The recent work on the electrical connections around the battery solved the alternator problem.    The interal regulator was being fooled by a bad reference voltage due to a loose battery terminal bolt.