September 17, 2005:  This Saturday was a day for Wendell Folks and I to go flying in my RV-9A.  I also got to try out a new Lightspeed 20XLc ANR headset.  We climbed out of Chattanooga with a scattered layer expecting to find clear weather to the northwest since a front was coming down from that direction.  What we found was a solid cloud layer beyond about 40 miles from home.   At about EIGHT miles from Lebanon it became broken and getting down was easy without having to backtrack into the airport.  I entered the pattern following Mike Seager in the Van's RV-7 since he was in town providing transition training for RV builders in this area.  The ceiling was reported as 1300, but it was more like 750 feet AGL.  When I got there around 10 AM Central Time, I was the fourth RV to show up at this end of the flight line.  There was one more farther down behind my camera position.  Notice that the RV on the other side of mine is an RV-10.  Vic Syracuse had flown it in from Locust Grove, Georgia. 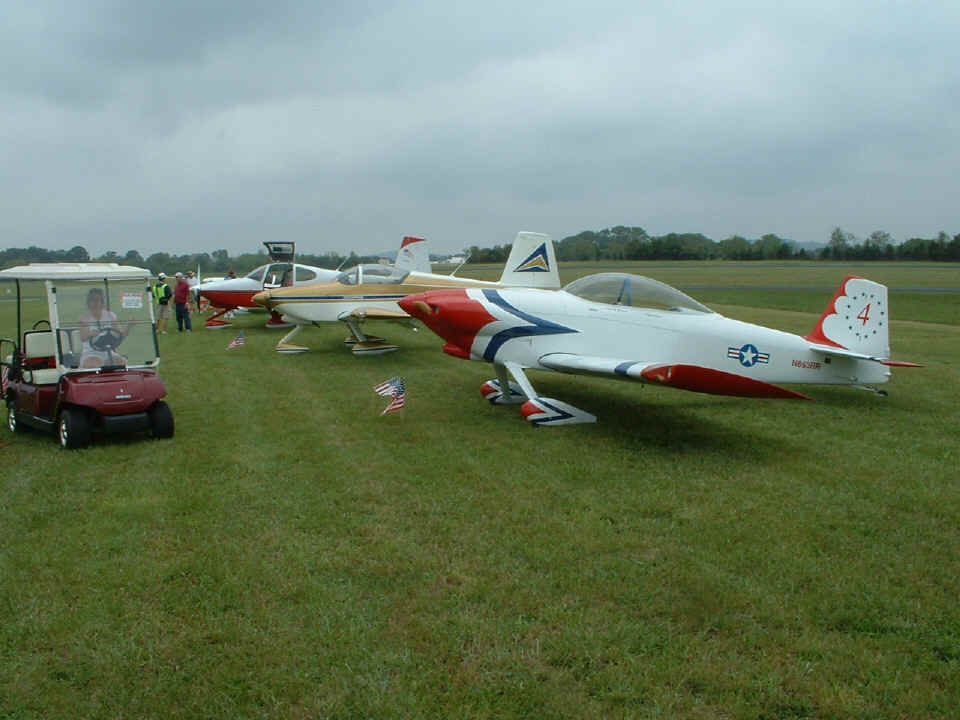 Wendell had a good time, especially when a number of RV-8's showed up and he had a chance to see how they were built and outfitted. 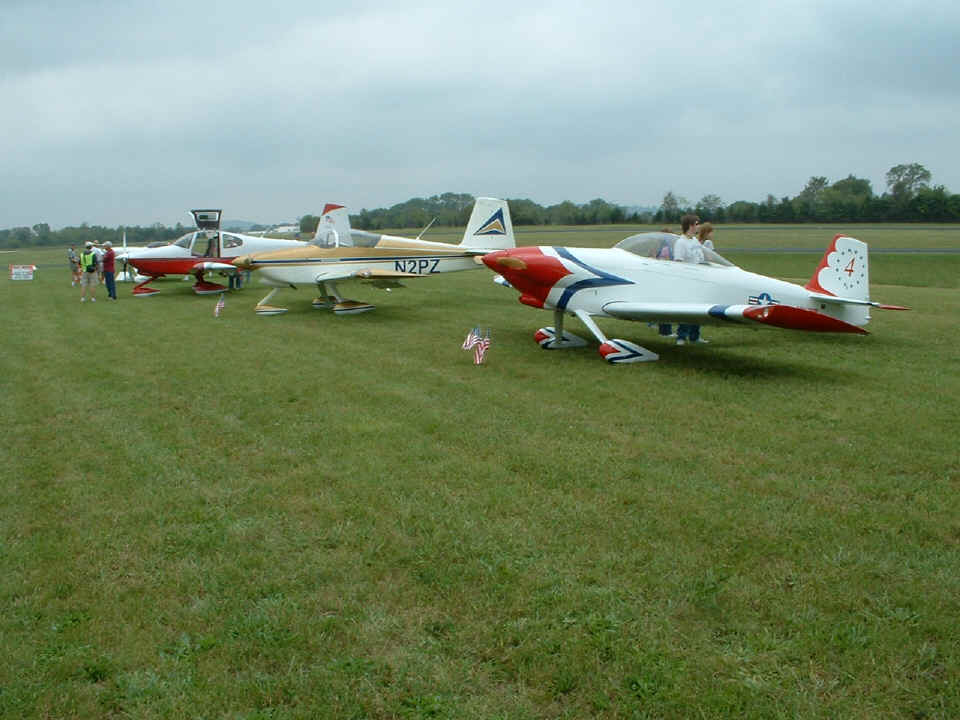 As the weather cleared a bit, there were more RV's coming in.  About 25 came to the meeting today, which would have had more if the weather had not been marginal VFR down low.  It was beautiful above 4000 feet MSL, and smooth! 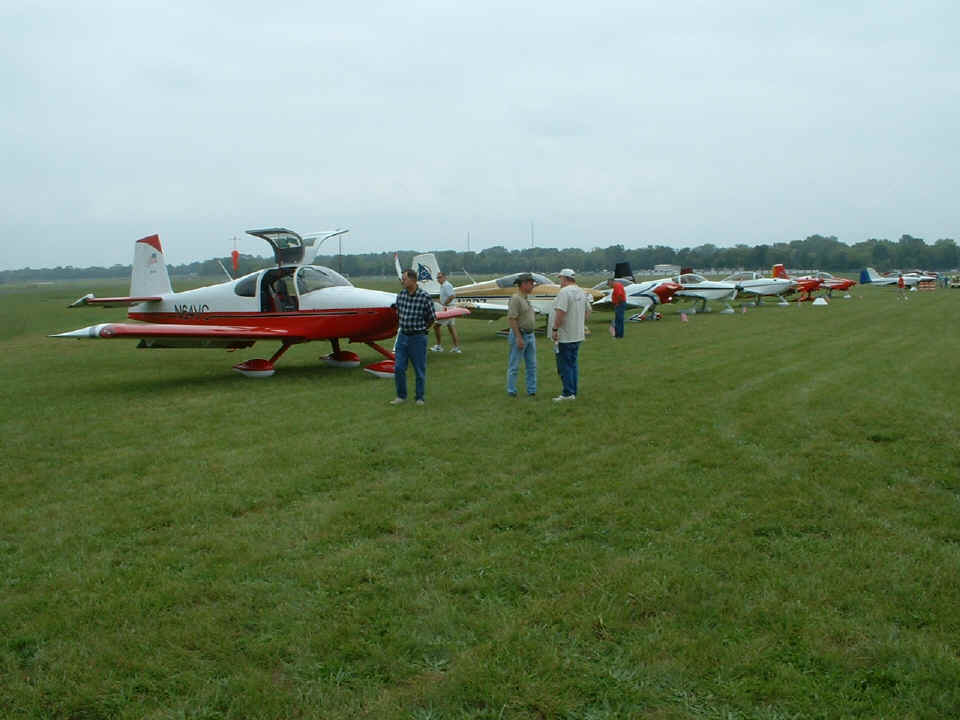 Here is another look at the RV-10 as they were preparing to leave for Kansas City.  Vic has put in two additional fuel tanks with 7.5 gallons in each wing.   The MT 3-blade prop sure was quiet on this airplane. 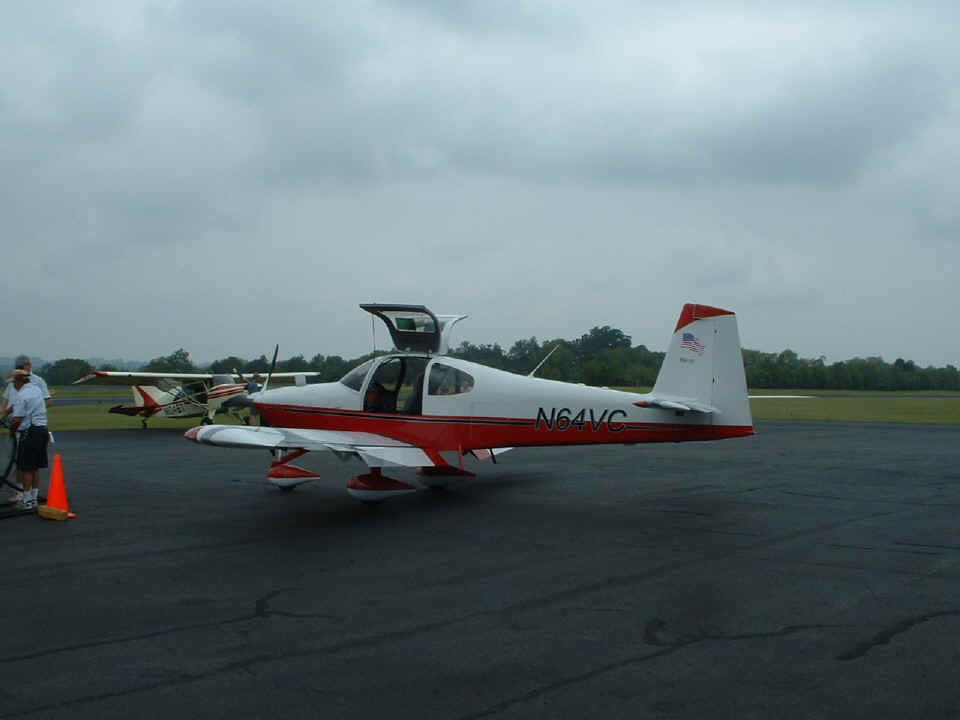 When we took a lunch break, two EMT's from the local Nashville area Vanderbilt Life Force medical helicopter were there and Wendell and I both talked with them. 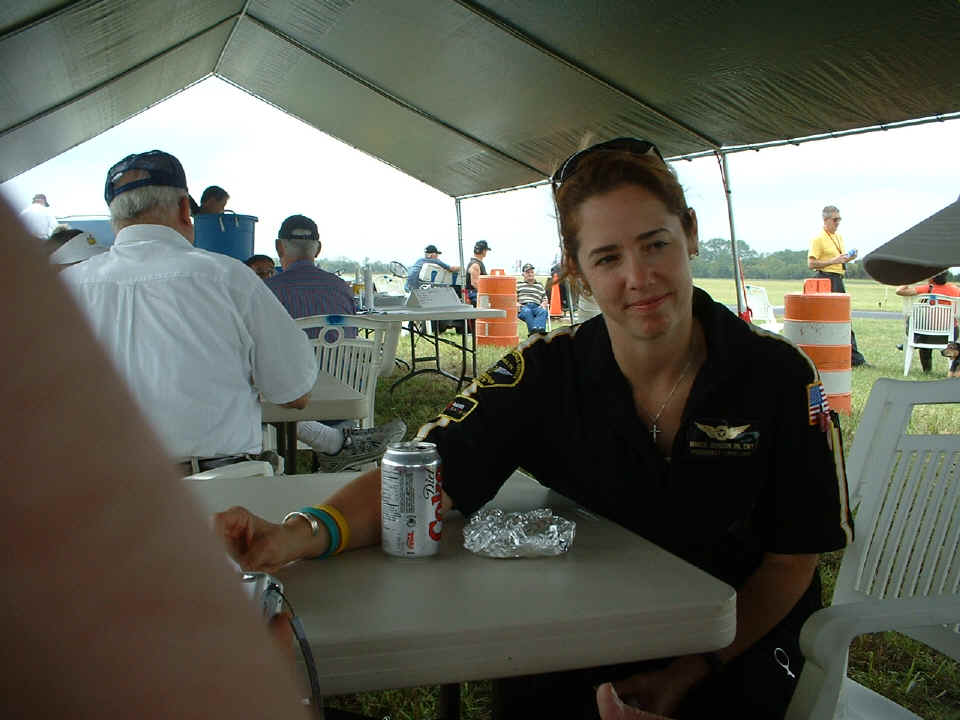 Wendell was showing some of his digital photos to one of the EMT's and talked about a relative of his that is also a medical nurse.  We were talking to them about Van's Aircraft models. 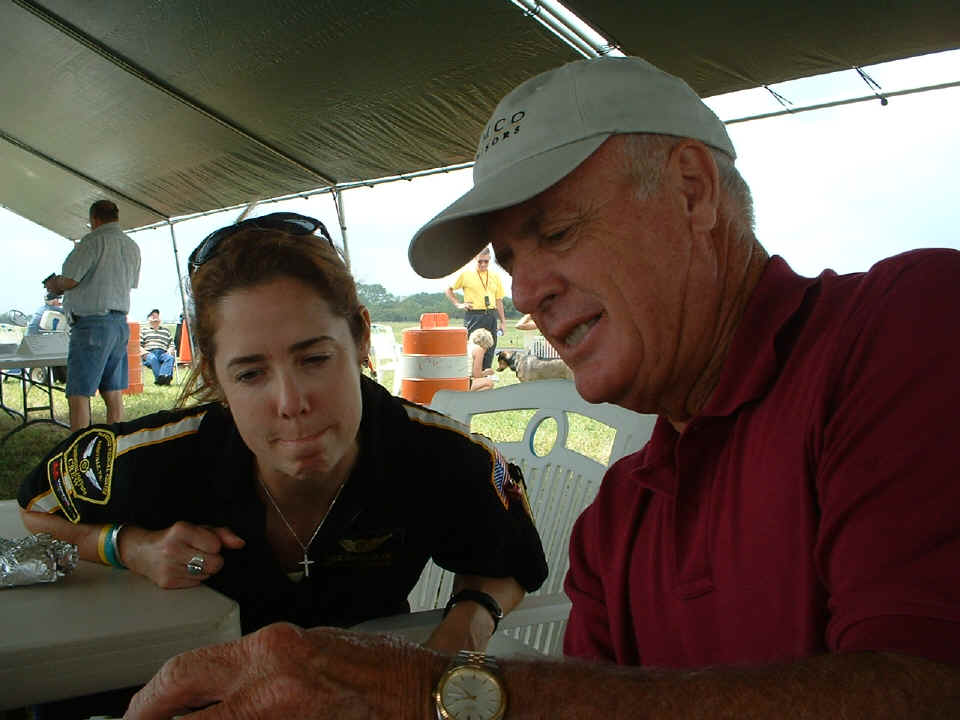 The flight line is mostly RV's on one side and a mix of RV's and other types of aircraft on this side near the EAA chapter tent where they were serving burgers and hot dogs, etc. 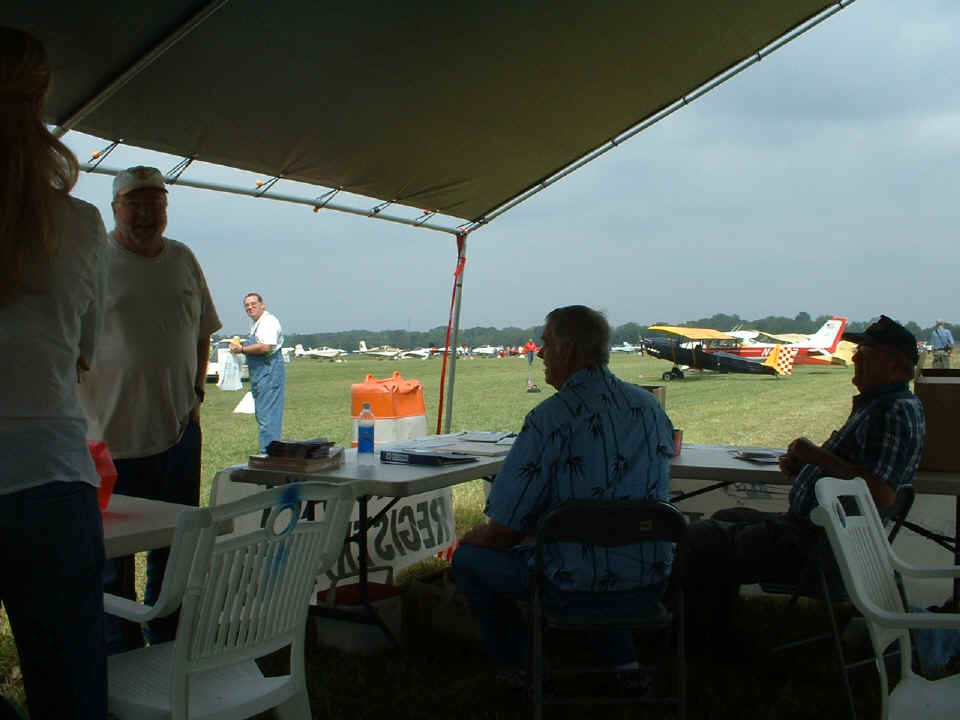 We took the EMT's out to my airplane and gave them a personal tour up close and looking in the interior at the panel and upholstery.  Wendell is having fun talking with these two about what he has already learned about Van's Aircraft models.  All this was going on while Mike Seager was coming back from a flying lesson with another RV builder from this area.  That is the Van's factory RV-7 on the taxiway in the background. 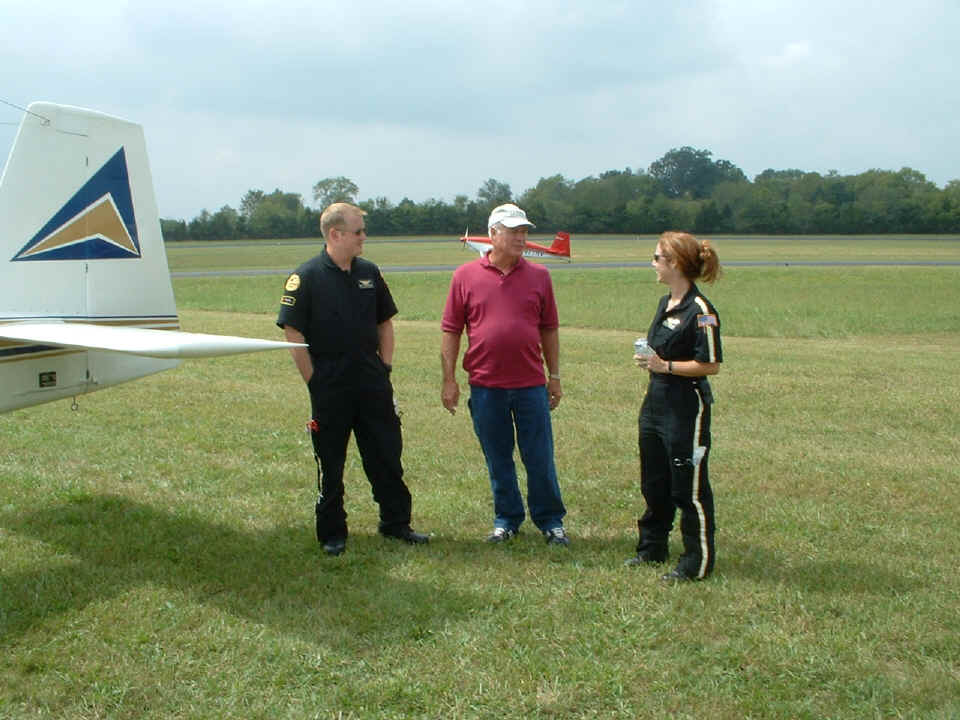