September 15, 2007:  The canopy was secured to the canopy frame with adhesive while I was away on my Texas road trip for the company.   Wendell had plenty of help for that part of the project.  RV-3 and Rocket builder Rich Nadig was the chief of operations for that day since he has already put his rocket canopy on using the same adhesive.  RV-8 builder John Myers also flew in to help.  Wendell put black primer on the inside of the canopy per the instructions from the adhesive supplier.   The canopy is set ajar with a 1/8" spacer at the back where the locking block accepts the rod at the center of the canopy frame on the slider rail.  That was spelled out in the Van's instruction book to insure a solid fit of the canopy skirt when the canopy is closed and locked. 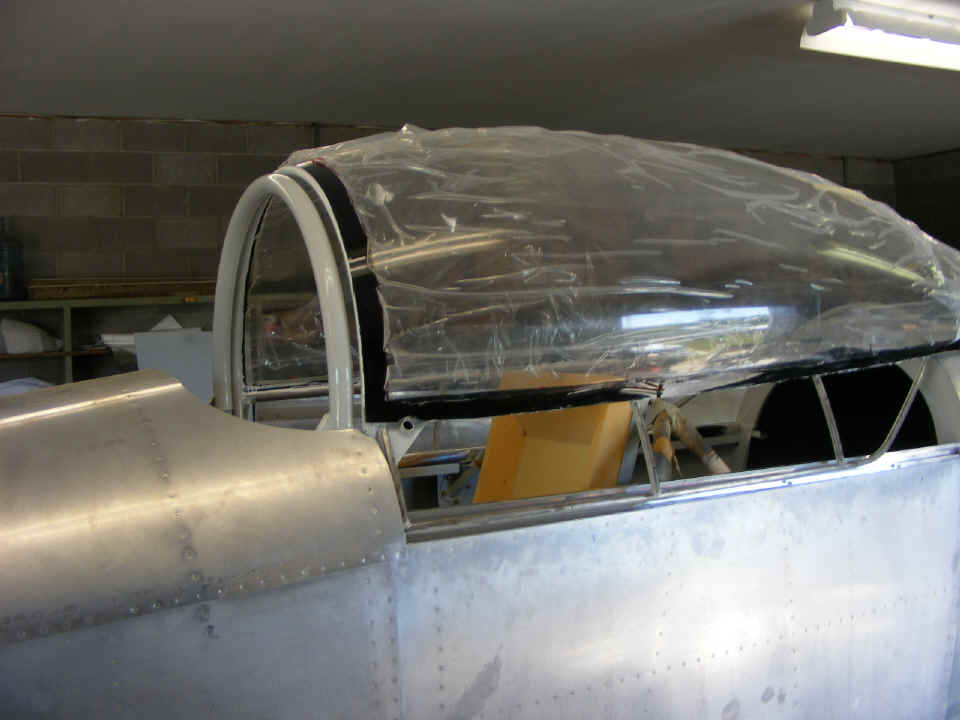 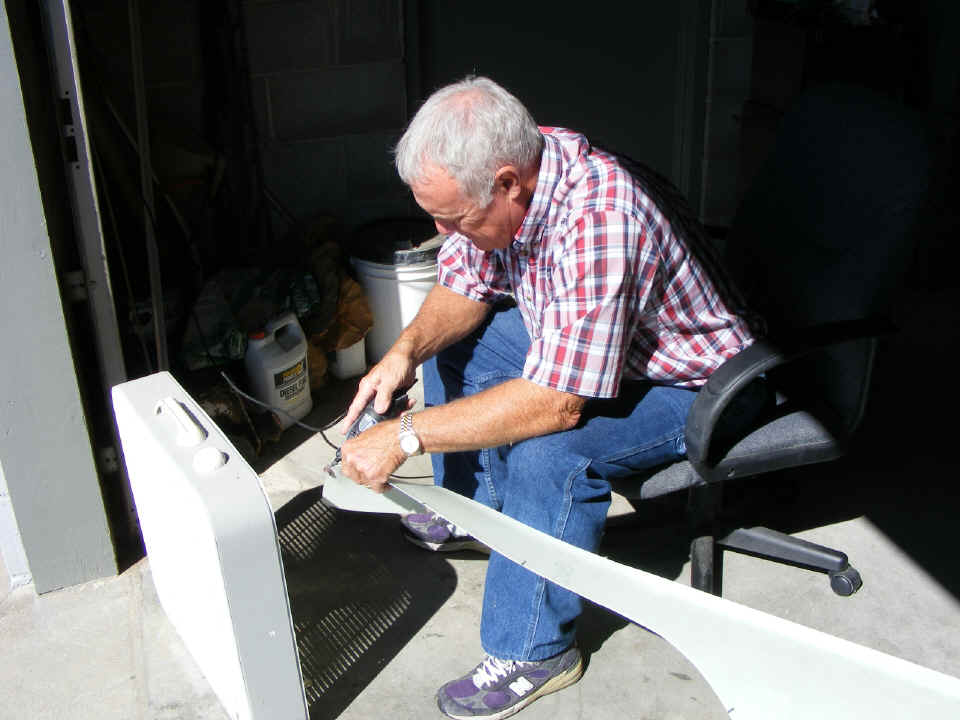 September 17, 2007: The Monday evening session found Wendell's paint shop guy doing some prep work on the wing tips.  When he saw I was taking a picture, he quickly jumped out of the frame, but that was after this shot.  He had primed the wing tips at his shop, but could not sand them easily since they were too flexible.  He wanted them assembled to the wings to make them stiff. 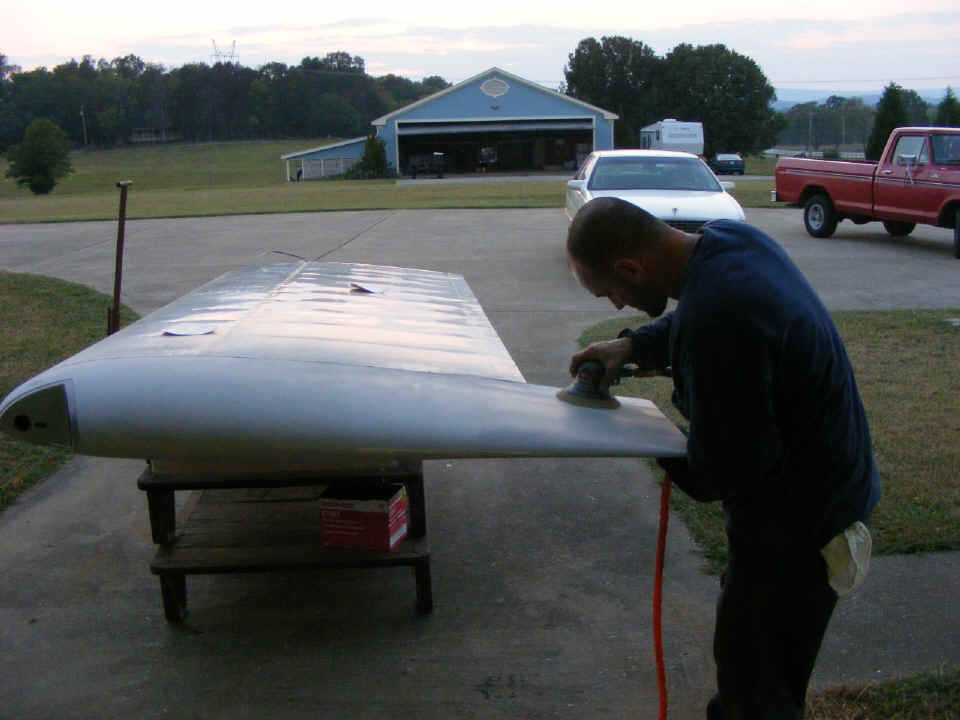 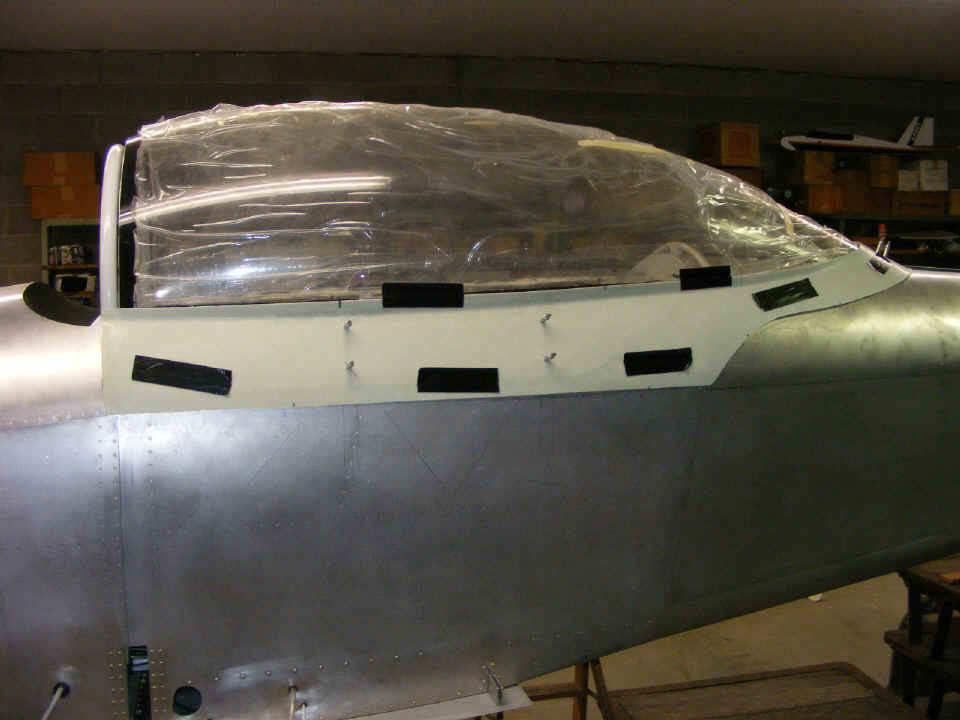 This is all about the fit of the canopy skirt opened and closed. 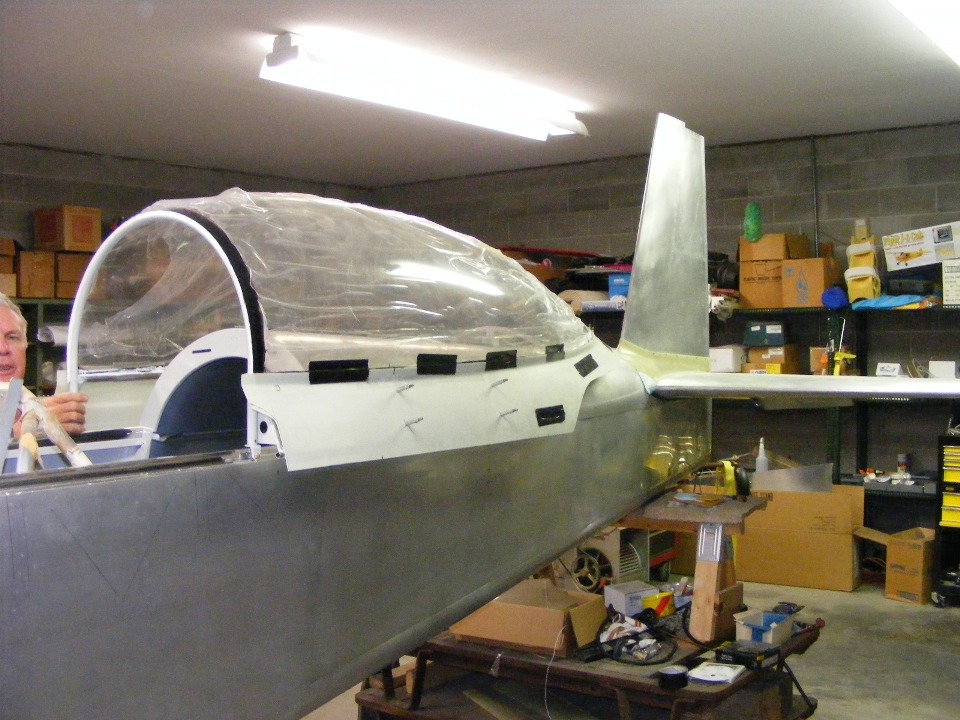 Down on the wheel fairings, it is all about clearing the bolts on the disc brake cylinders.  Wendell used a table spoon as a mold shape for a pair of fiberglass inserts glassed inside the wheel fairings after cutting the appropriate-sized holes in them.  His paint shop guy added this filler to smooth the outer surface.  These "spoon bubbles" are on the inboard side of the wheel fairings toward the fuselage. 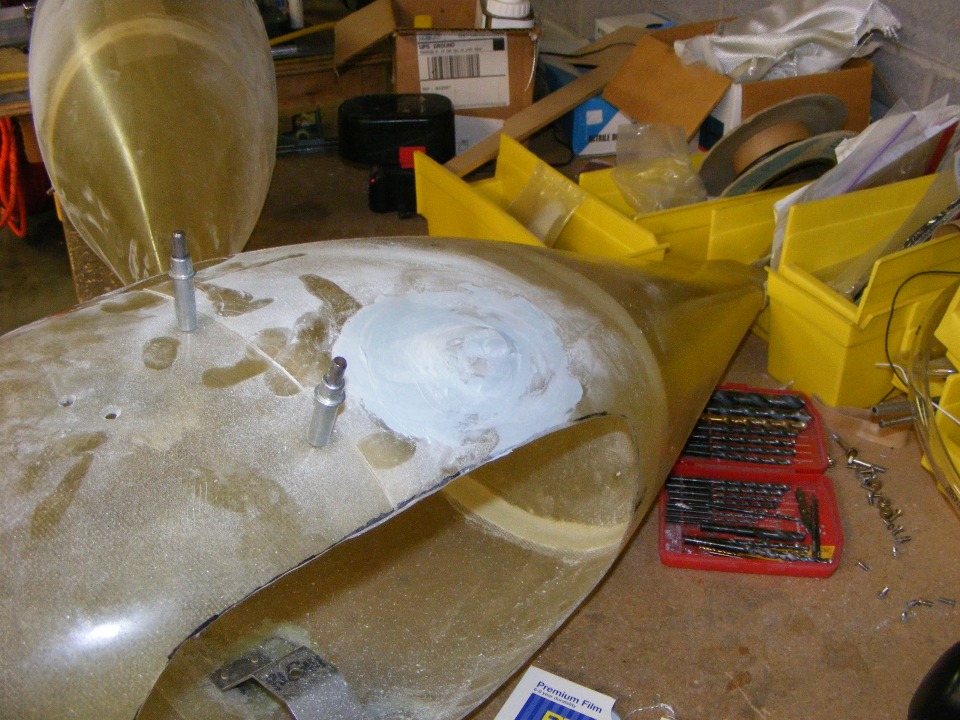 Back at the empennage fairing, the forward edge transition gets smoothed-up with some filler. 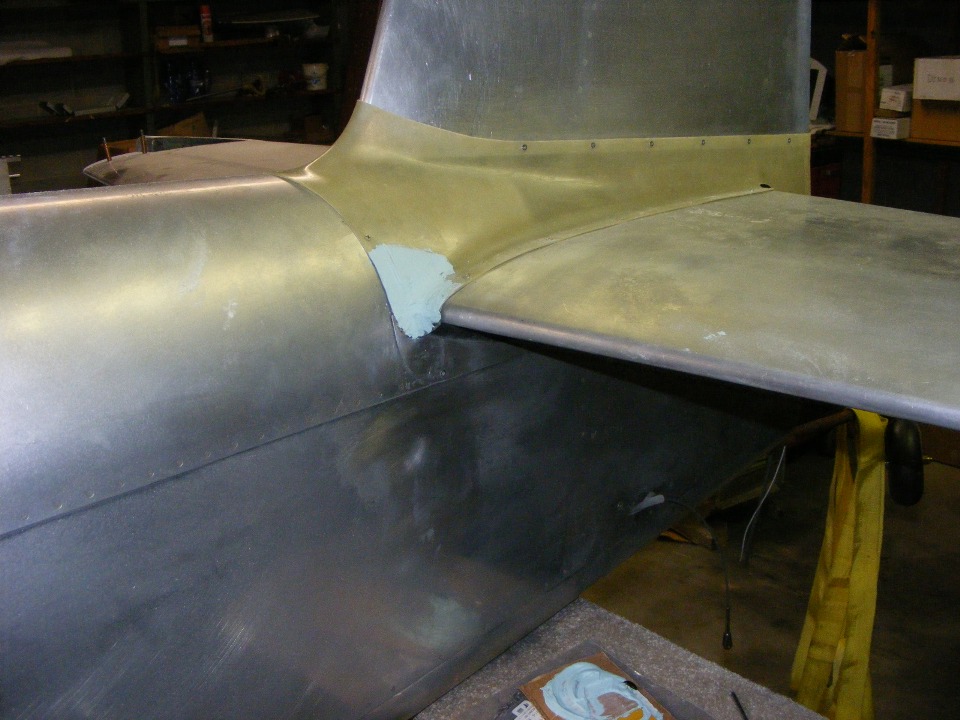 The painter has also shown Wendell this color sample on a steel plate. 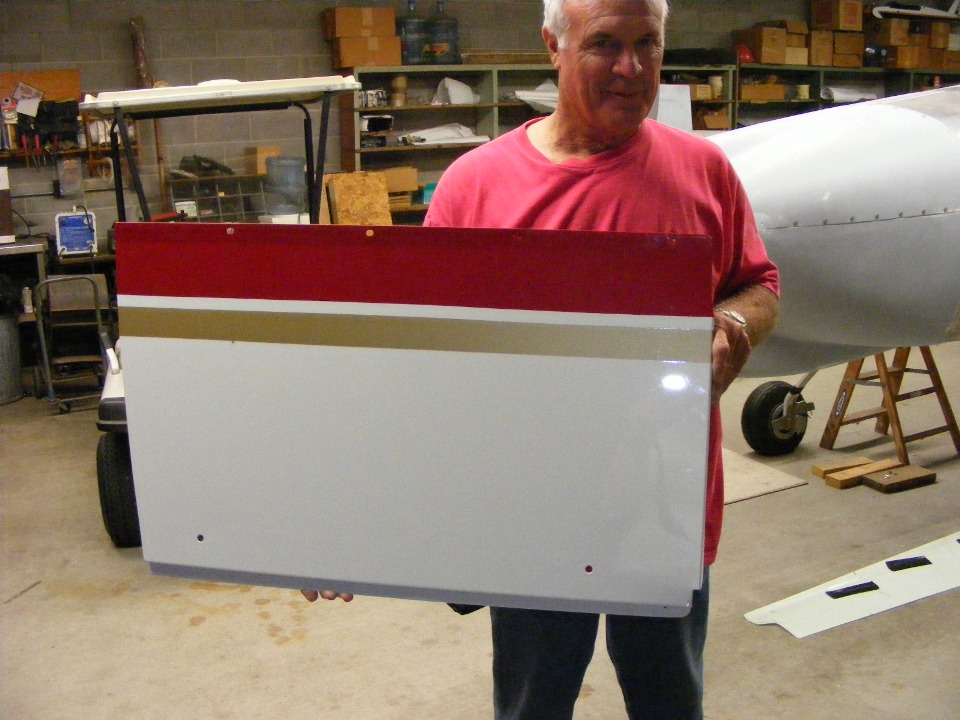