June 5, 2006:  Monday again and time for a short update on Wendell's work on his RV-8.  He has been busy on other things like improving his runway.  The work on the airplane has been slow.  He finished with the fiberglass and epoxy to secure the balsa planks in the fiberglass tips of the horizontal stabilizer and the vertical stabilizer.  He also got the empennage fairing trimmed to fit and drilled some #40 holes where the plate nuts will be installed in the HS root ribs, and the VS lower rib on both sides of it.  Here is a photo showing the first of the cleco holes to be drilled to size to allow a 6-32 screw to fit.  I gave Wendell instructions on installing the K1000-06 plate nuts in all those locations in his next work sessions.  Of course, to do that, it is now time to remove all the tail feathers from this bird.  We made one final fit of the rudder in order to get the rod-end bearings set and confirm that the rudder swings freely. 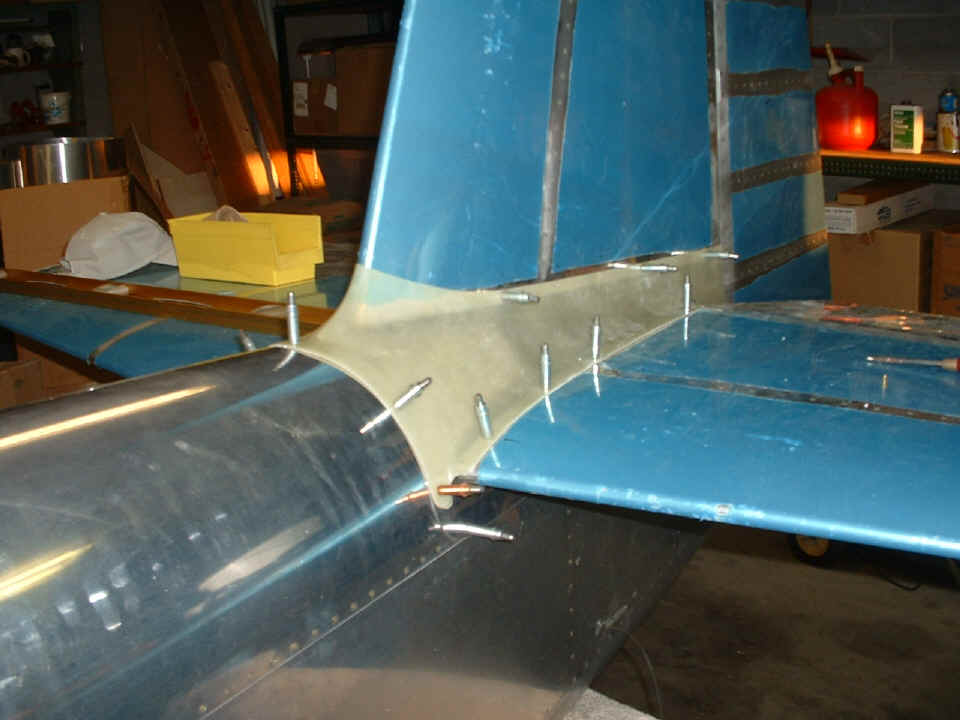 And back on the remaining wing, Wendell is just about finished riveting the last skin in place. 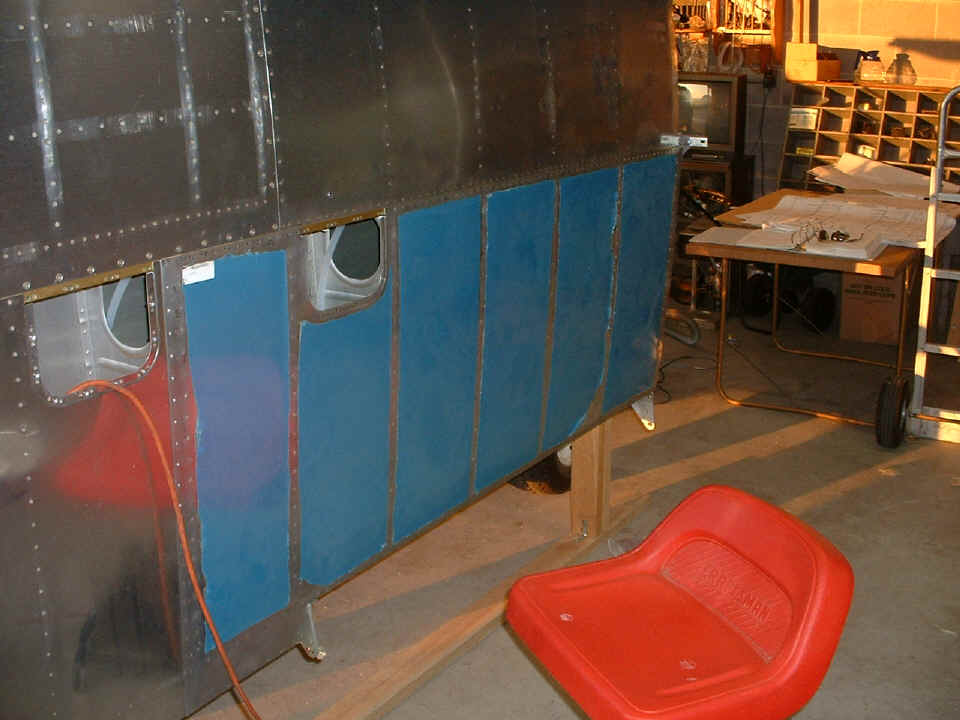 Just before leaving, I got out the VOR/GS antenna and indicated to Wendell why I have not let him put the VS fiberglass cap in place.  Next session will be working on that antenna mounting bracket and trimming the fiberglass cap to clear the "puck" as you will see next time.

June 6, 2006:  This evening saw the work on the antenna mount for the top of the vertical stabilizer, and the trimming of the fiberglass cap to clear the "hockey puck" that holds the antenna elements for the VOR/GS antenna. 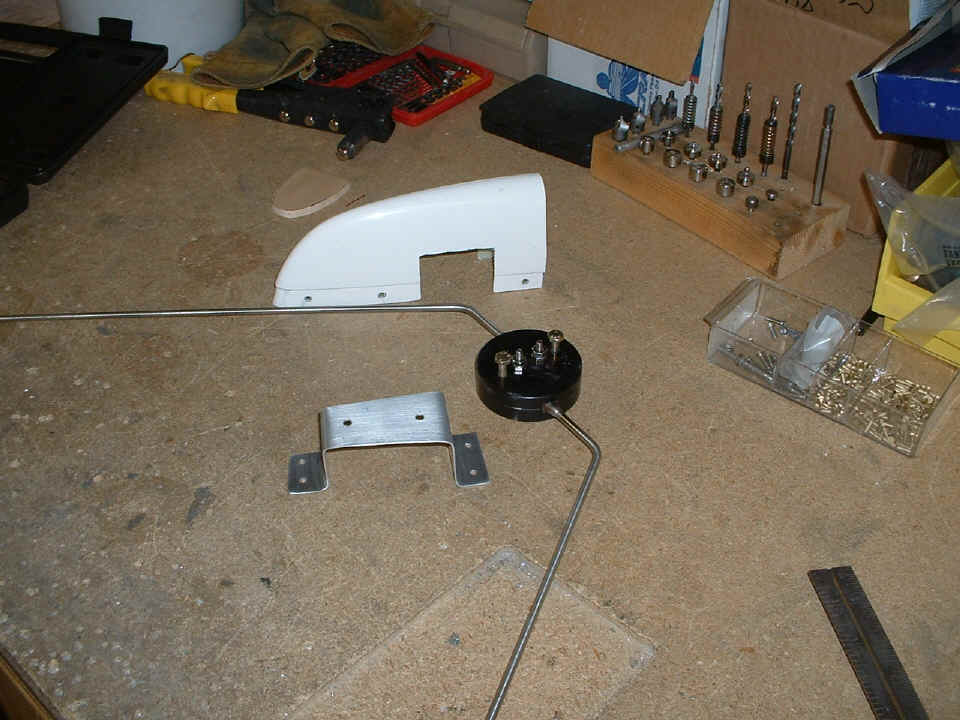 With the tail feathers removed, it was easy to drill and tap the holes in the longerons to attach the lower fairing for the horizontal stabilizer. 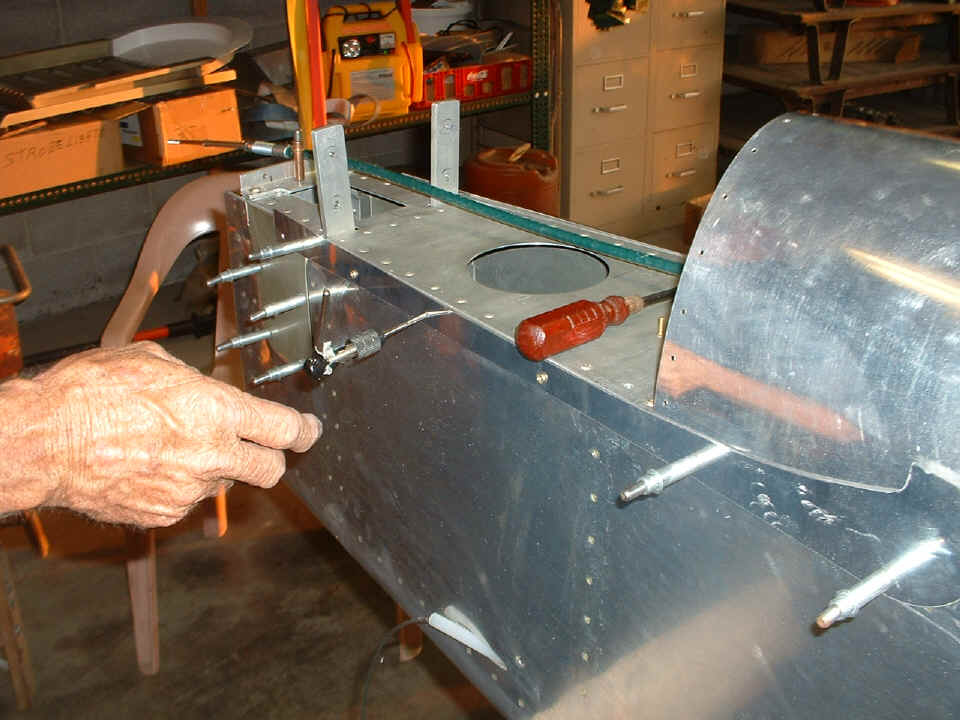 June 8, 2006:  When I got to the hangar this evening, Wendell was out mowing the high grass area alongside the runway.  He had a visit from the local guy who mows down the tall grass for the hay it produced.  Wendell was just out cutting the remaining grass down to a "groomed" look.  I went into the shop with him to get him started on the evening's assignment, putting plate nuts on the upper aft skin of the fuselage to secure the fiberglass empennage fairing.  Here is the result of his work completed while I was in the hangar testing my new video camera. 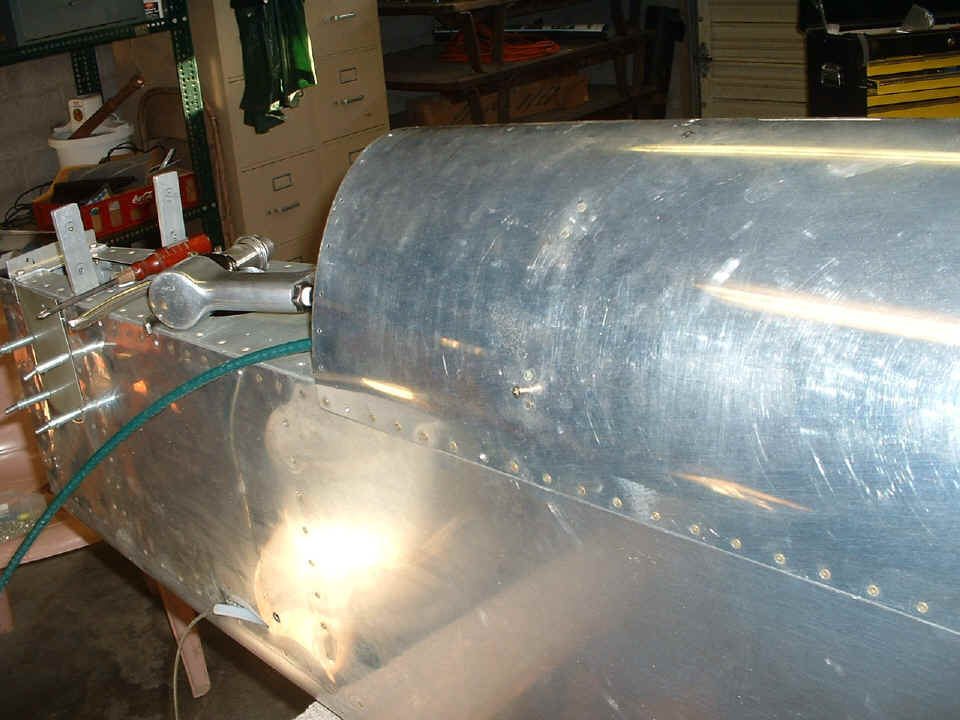 June 12, 2006:  I worked with Wendell this evening to get him started on the installation of the flap on his RIGHT wing.  This is the second time we have used a wider hinge from Van's to line up the trailing edges of the flap and aileron.  I helped Wendell get the end holes on the hinge aligned and drilled to match the lower wing skin and the brace to the rear wing spar, both of which are already pre-punched from the factory. 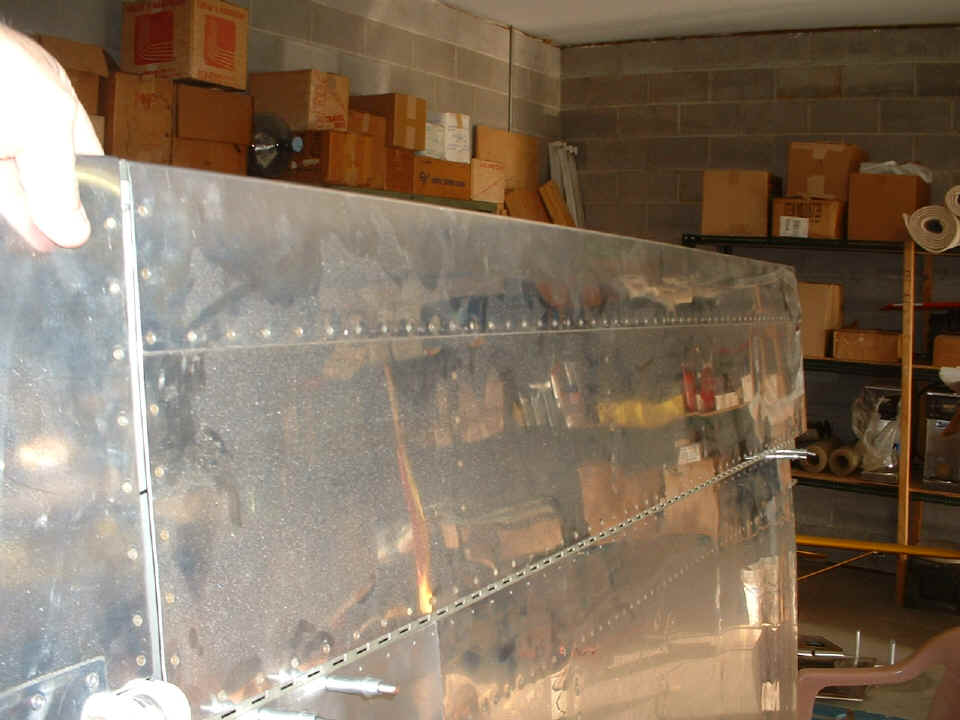 The other short bit of work to do was prepare a couple of K1000-03 plate nuts for the attachment of the VOR/GS antenna to the top of the vertical stabilizer.  The bracket is now set aside to the box of parts awaiting the next priming session. 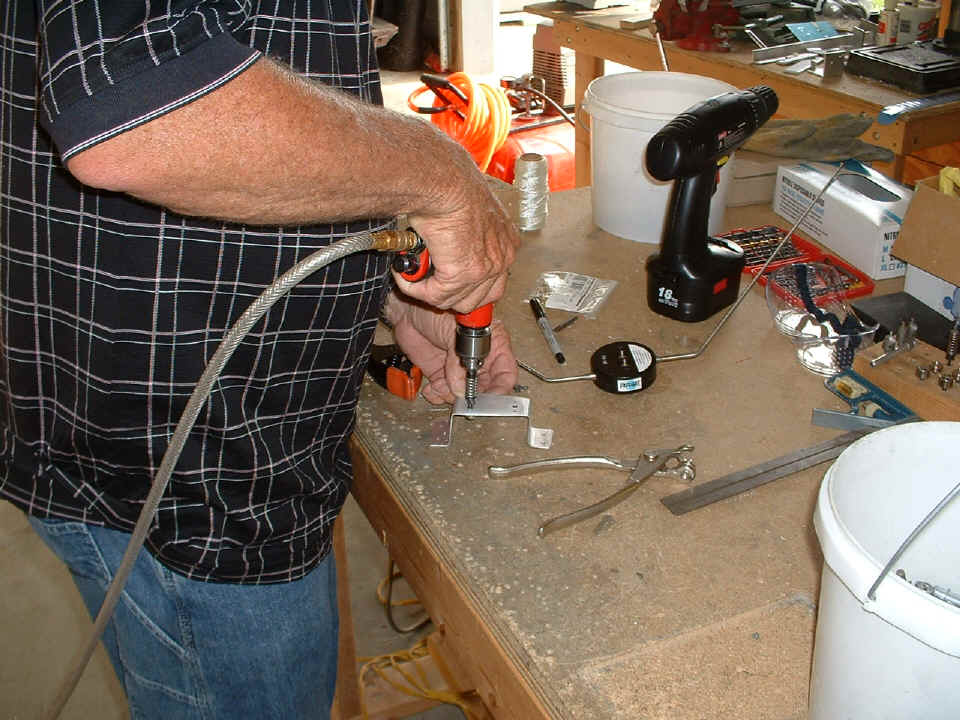 We spent some time looking at the electrical wiring diagram on the OP-10 plans sheet.  The supply of circuit breakers ordered from Spruce are here and we allocated them for use by circuit and ampere ratings.  I also did a preliminary layout and spacing of the switch breakers on the right console to be sure of the ergonomics of the switch placement and spacing.  I have asked Wendell to temporarily put his front floor board and seat back into position to check on some of the issues of switch placement and access from his seat BEFORE we start drilling holes for switches.