January 9, 2016:  Resume flying!  I was in such a rush to leave the house today, I did not put my pilot cap in the car.  I borrowed this one from Billy, the airport manager. 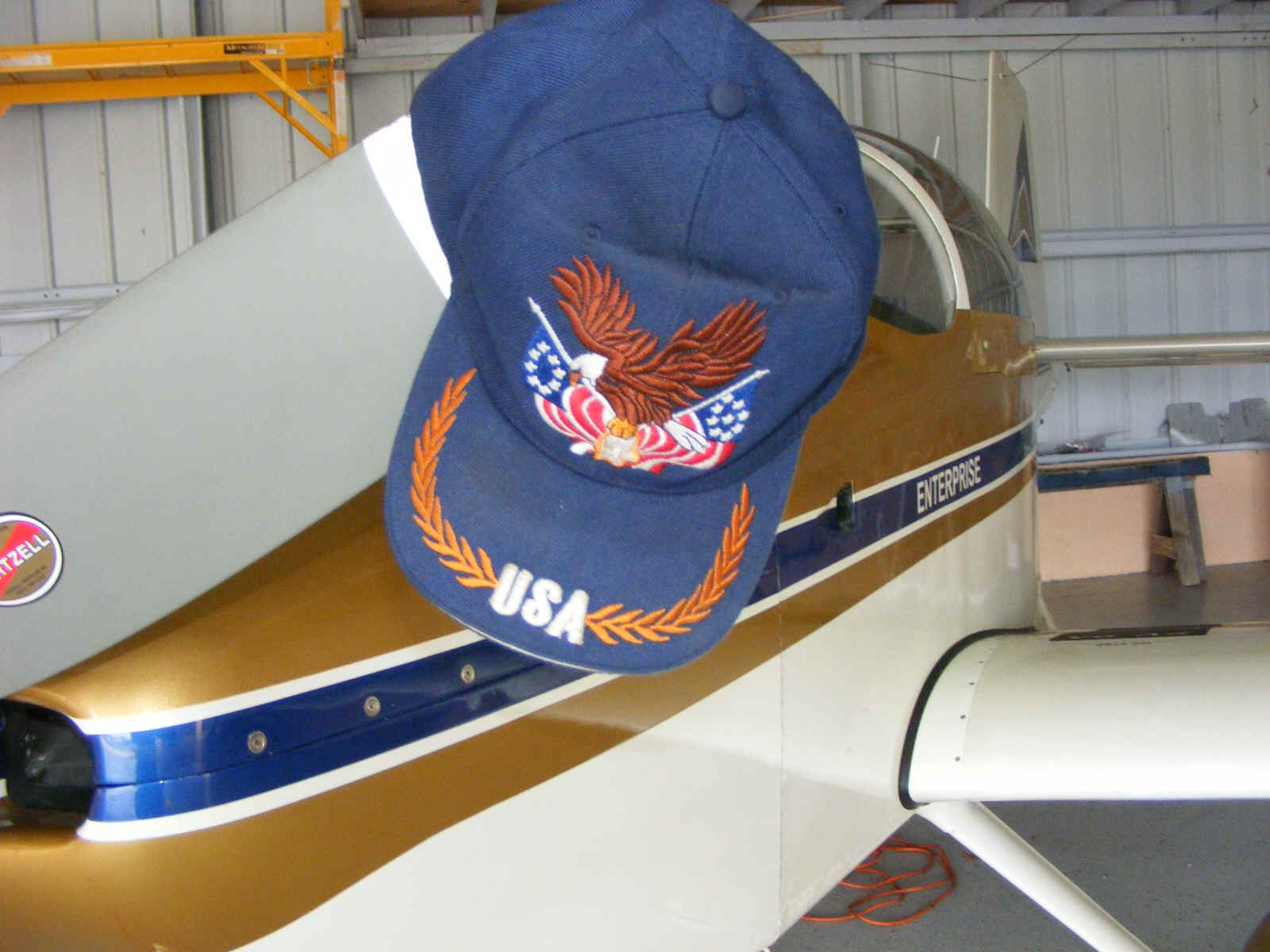 I was so excited to take off, I neglected to take the cover off my pitot tube.   I was climbing out after takeoff and noticed the airspeed needle bouncing around and returned to land.  I used my GPS and Lift Reserve Indicator to make a smooth landing on runway 18.  I pulled the airplane off the runway and shut down the engine long enough to jump out and remove the pitot cover.  I was back in the air in less than two minutes.  I took off to the north again and turned RIGHT across empty land near the airport with no homes below. I climbed up to 1800 feet and worked my way past some low clouds while avoiding the Class D area for Patrick AFB for a southbound route across the top of Melbourne Airport (KMLB) at 3,500 MSL on the way down to do a couple of touch and go landings at the Valkaria Airport.  I did a turn around a point maneuver before heading back to the Rockledge Airport.  I wanted to get 1.0 hours added to the Hobbs meter. I flew up and over the top of the Merritt Island Airport above their landing pattern to add more Hobbs time before returning to land at Rockledge. 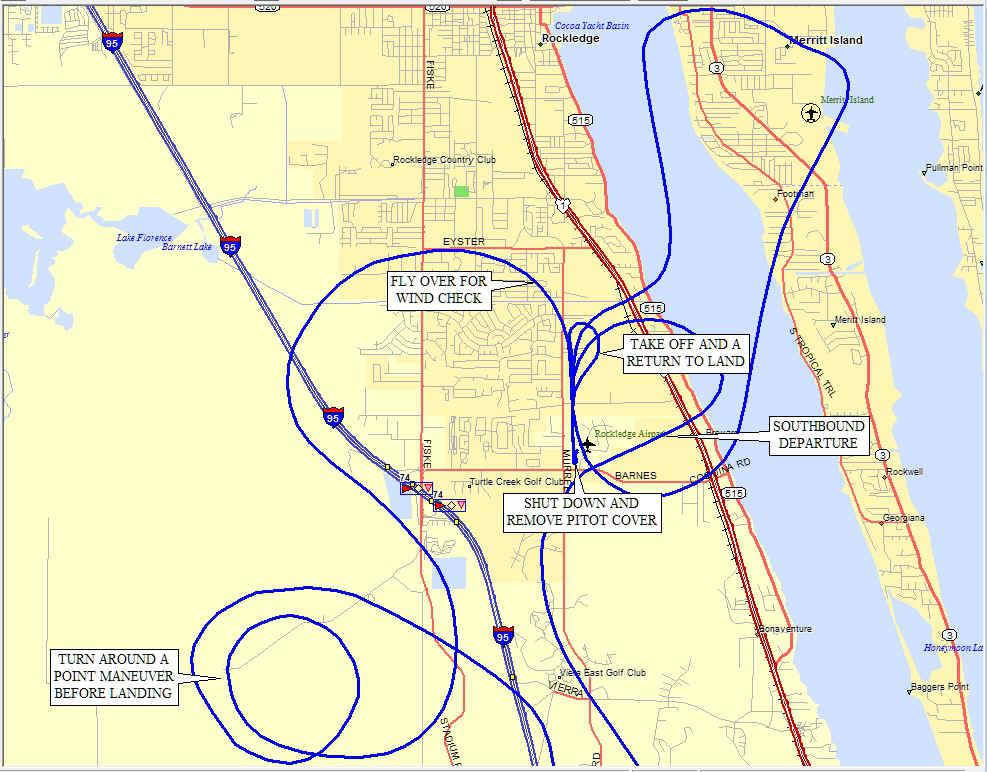 Here is the south end of today's flight.  There was one other airplane flying in the pattern when I arrived.  The timing was good as I was in the downwind leg when he was on the runway and vice versa.  I headed for home after the second T&G. 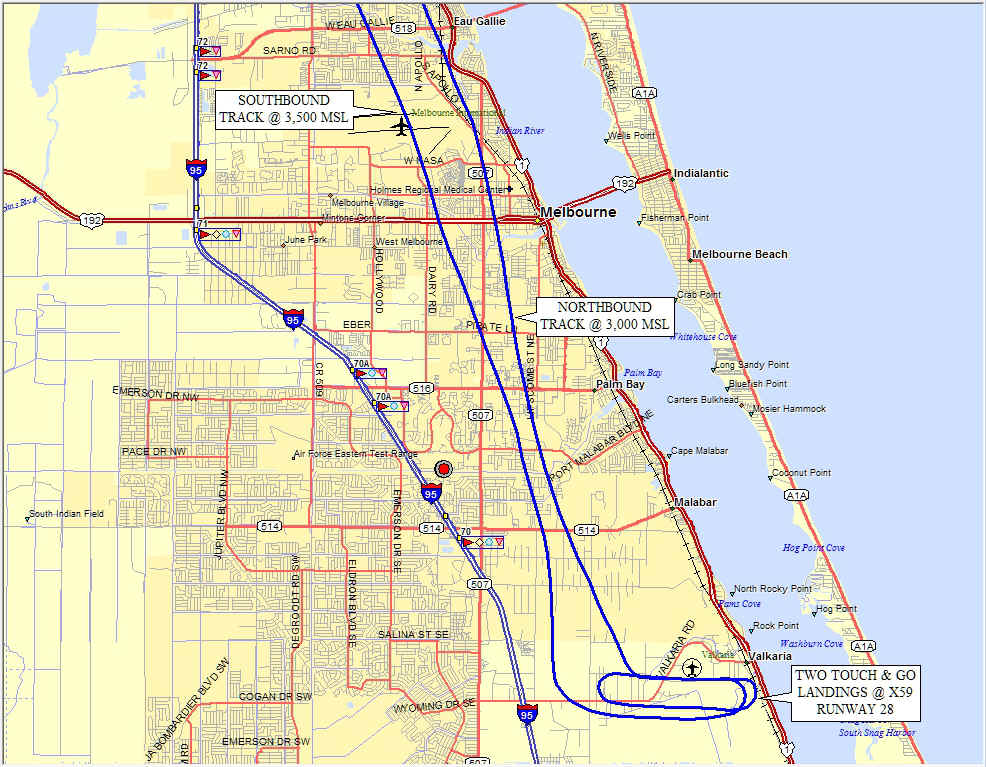 As always, Billy likes to help put my airplane away in a precise position.   It makes his job easier to move around the other airplanes in this large hangar.   That yellow scaffold on wheels is being used to change the fluorescent lights in the hangar.  Billy wanted to be sure my airplane was positioned to allow storage and clearance for the scaffold.  He mentioned he would pull my airplane out of the way to replace the lights above it. 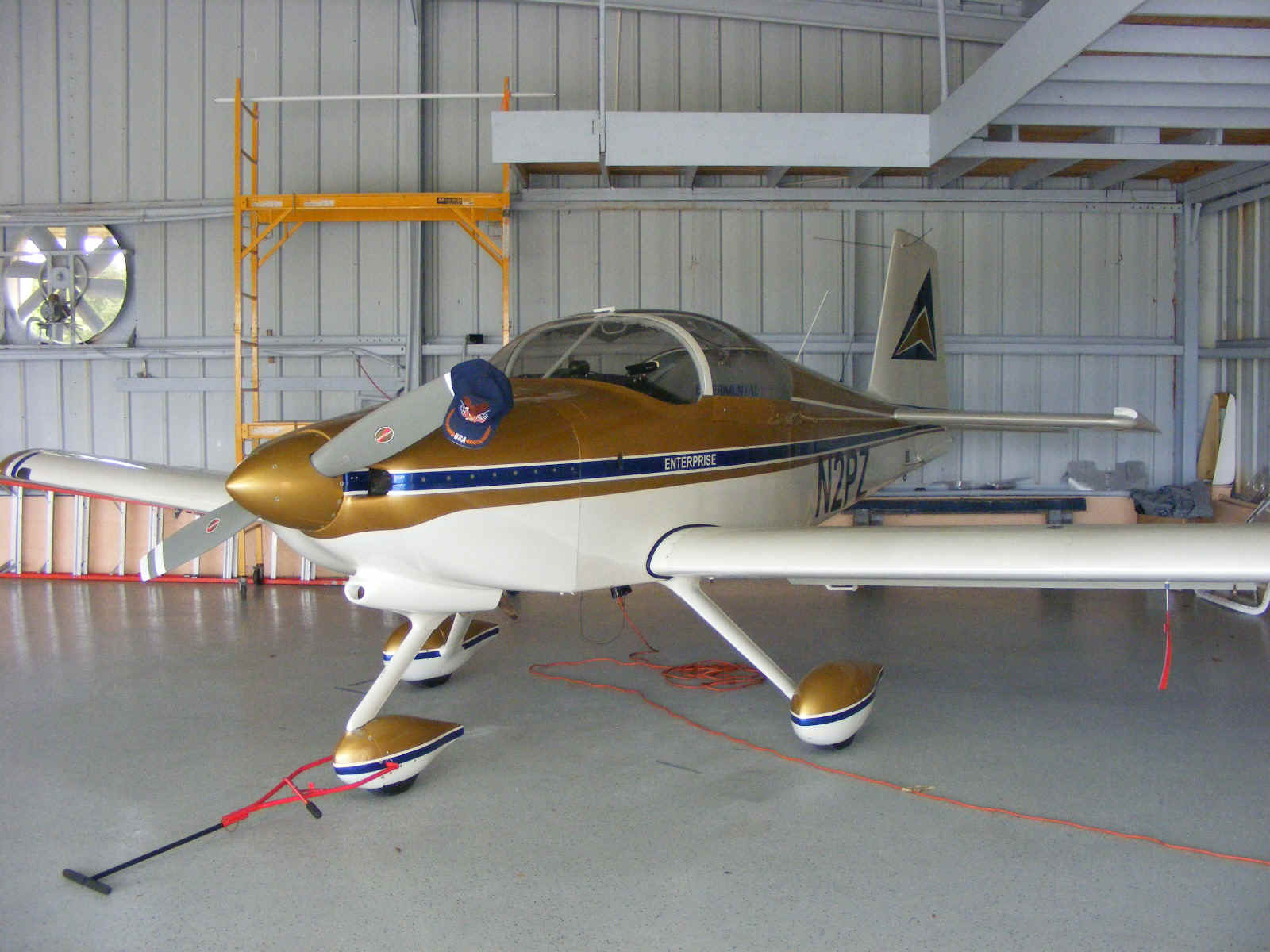 I showed the two light-sport airplanes on the previous web page.  Here is the "new one" pushed to the back of the hangar awaiting the FAA registration papers and USA airworthiness certificate. 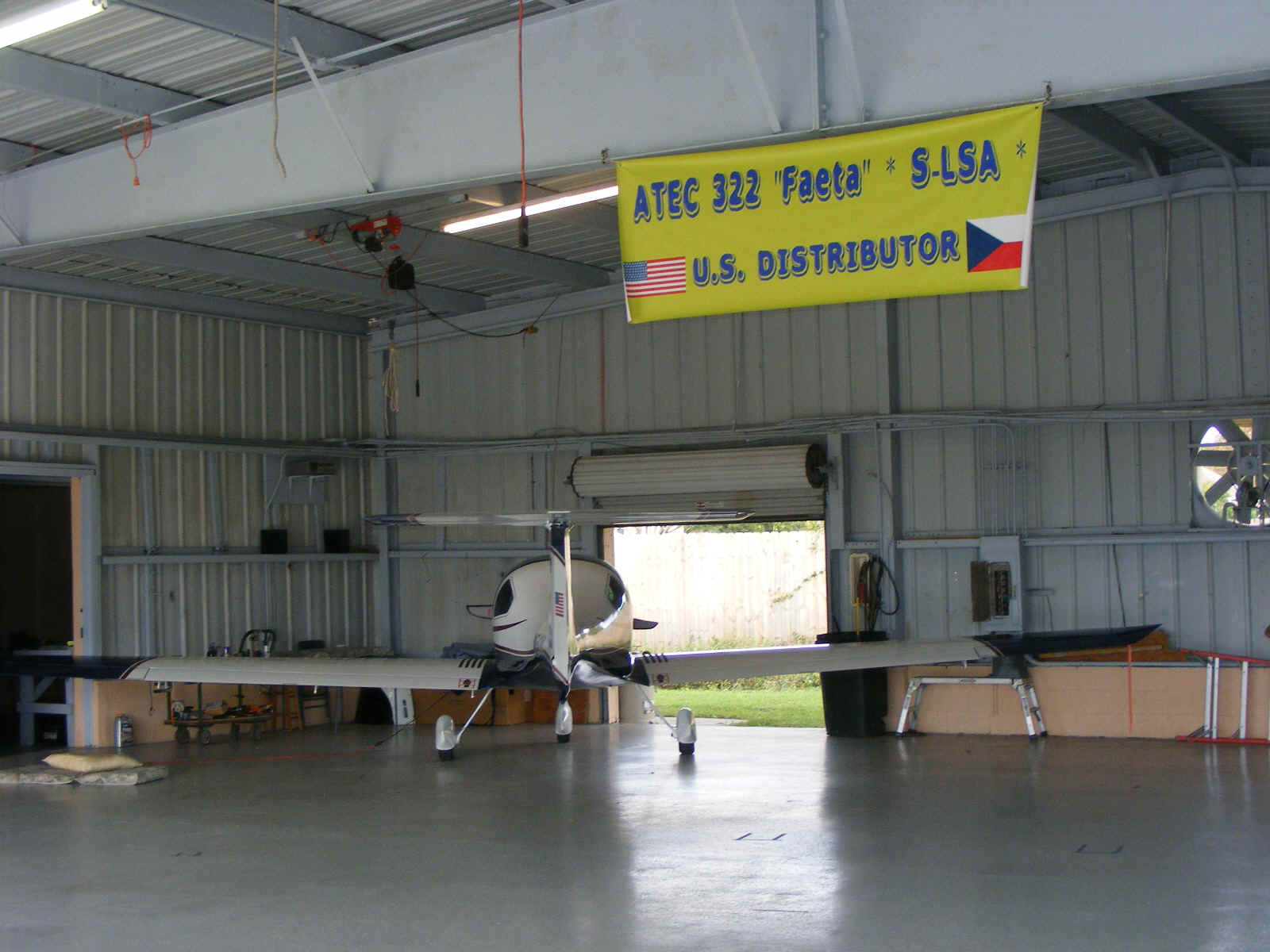 As I was leaving the airport, Billy took his business partner for a ride in the other ATEC airplane.  This one has been registered in the USA for some time now.   The one above was shipped over here and re-assembled by Billy. 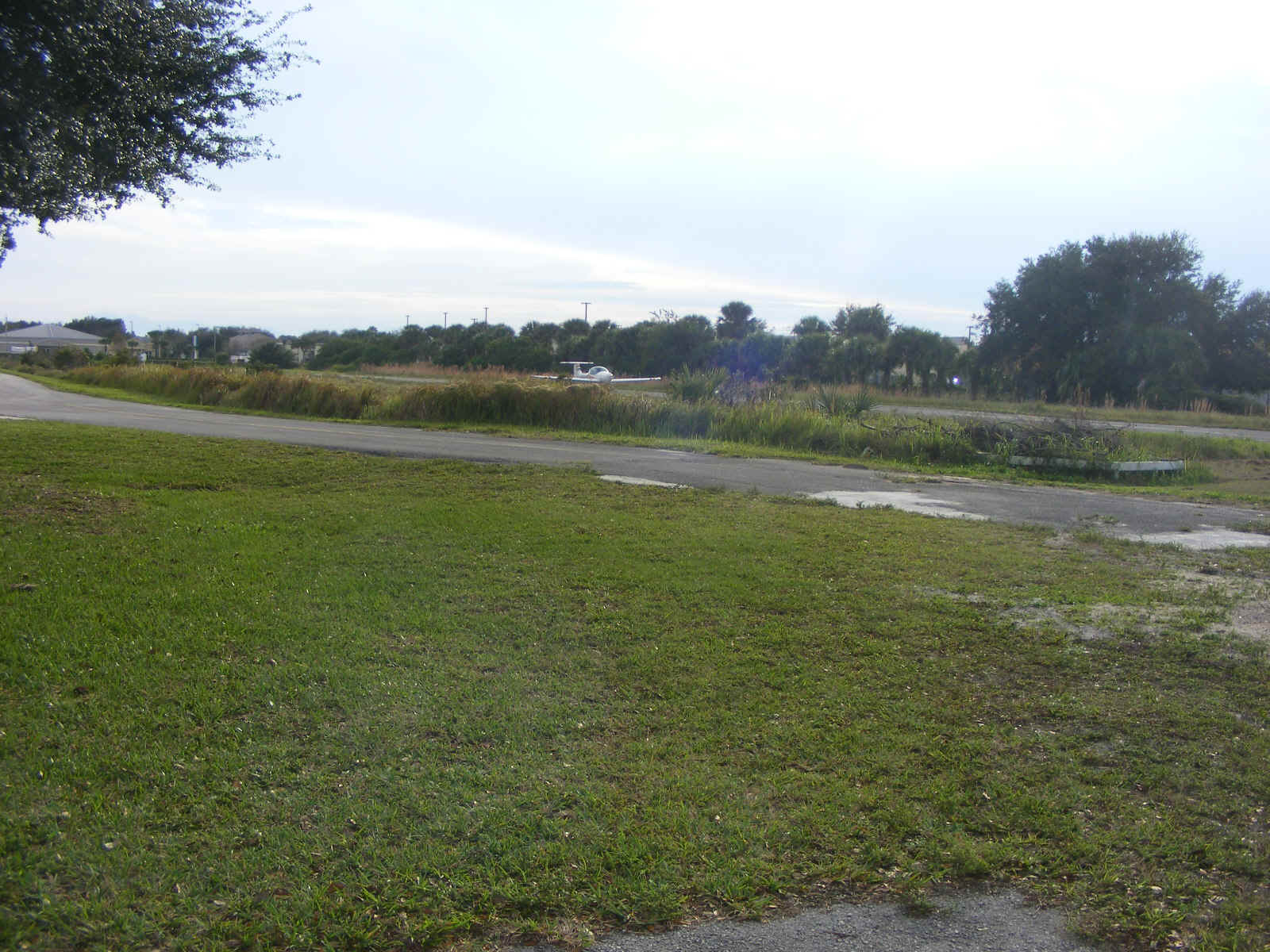 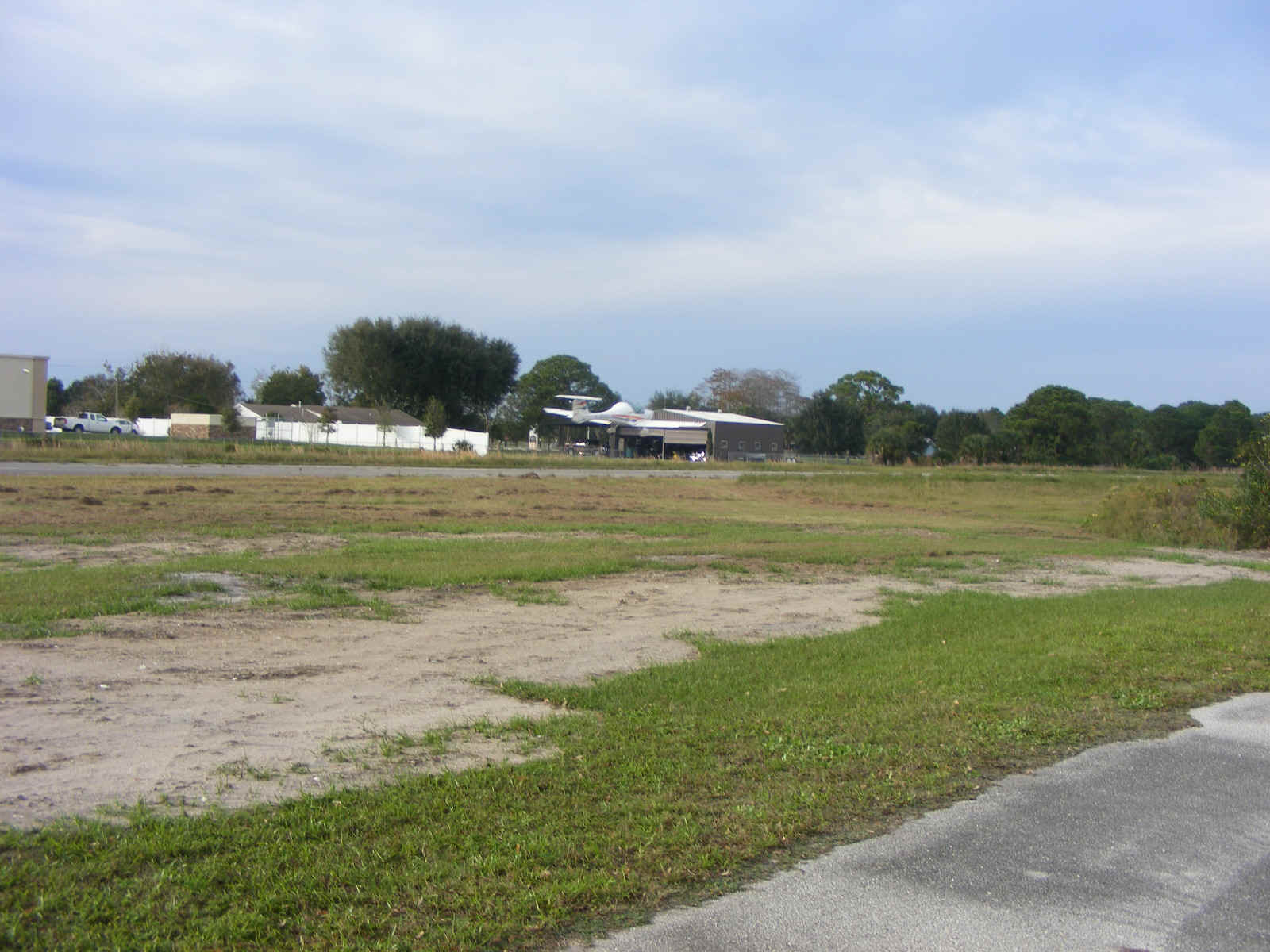 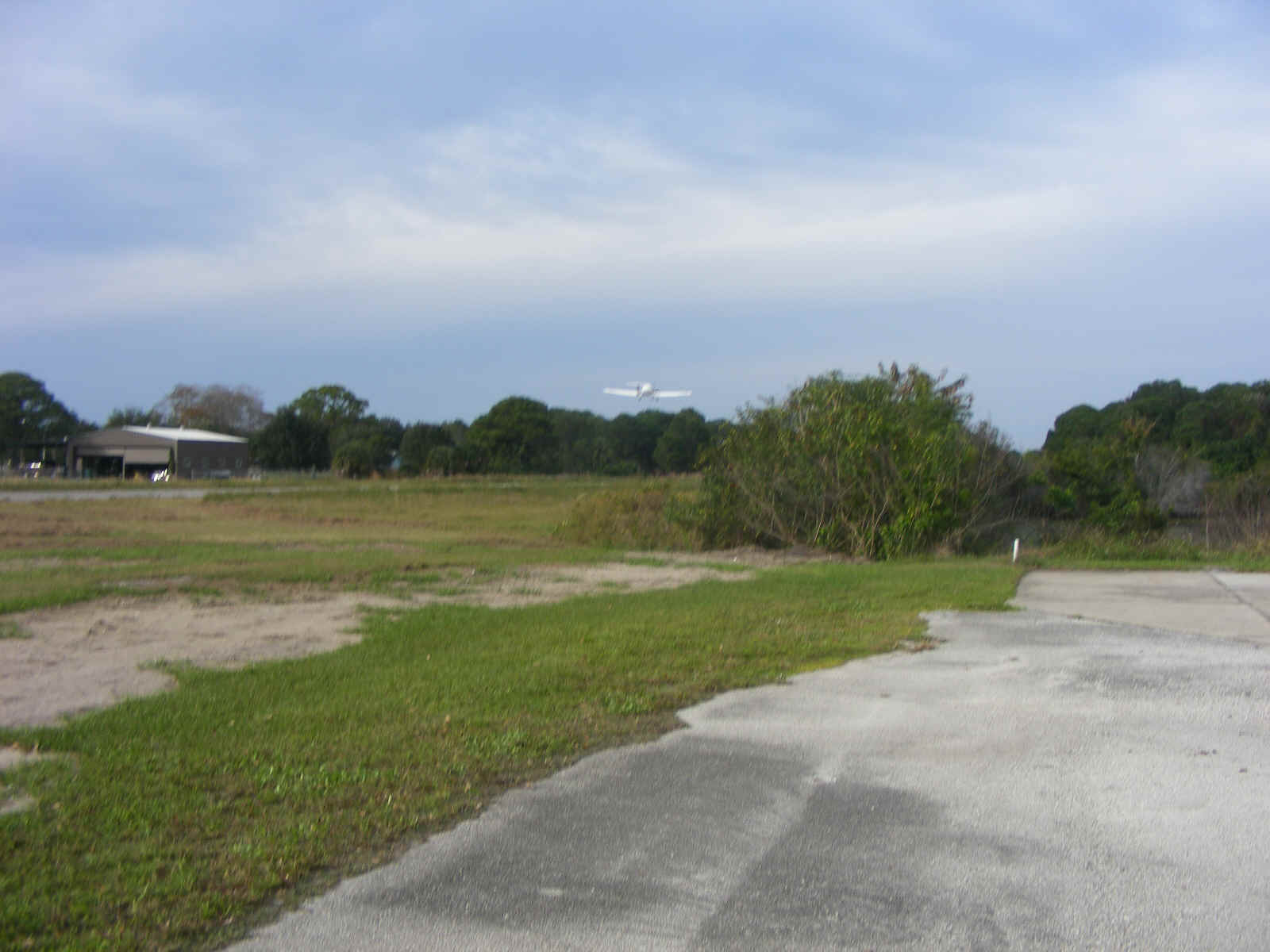 I remembered to push the ZOOM function on my camera for this shot below as they were climbing out from runway 36. 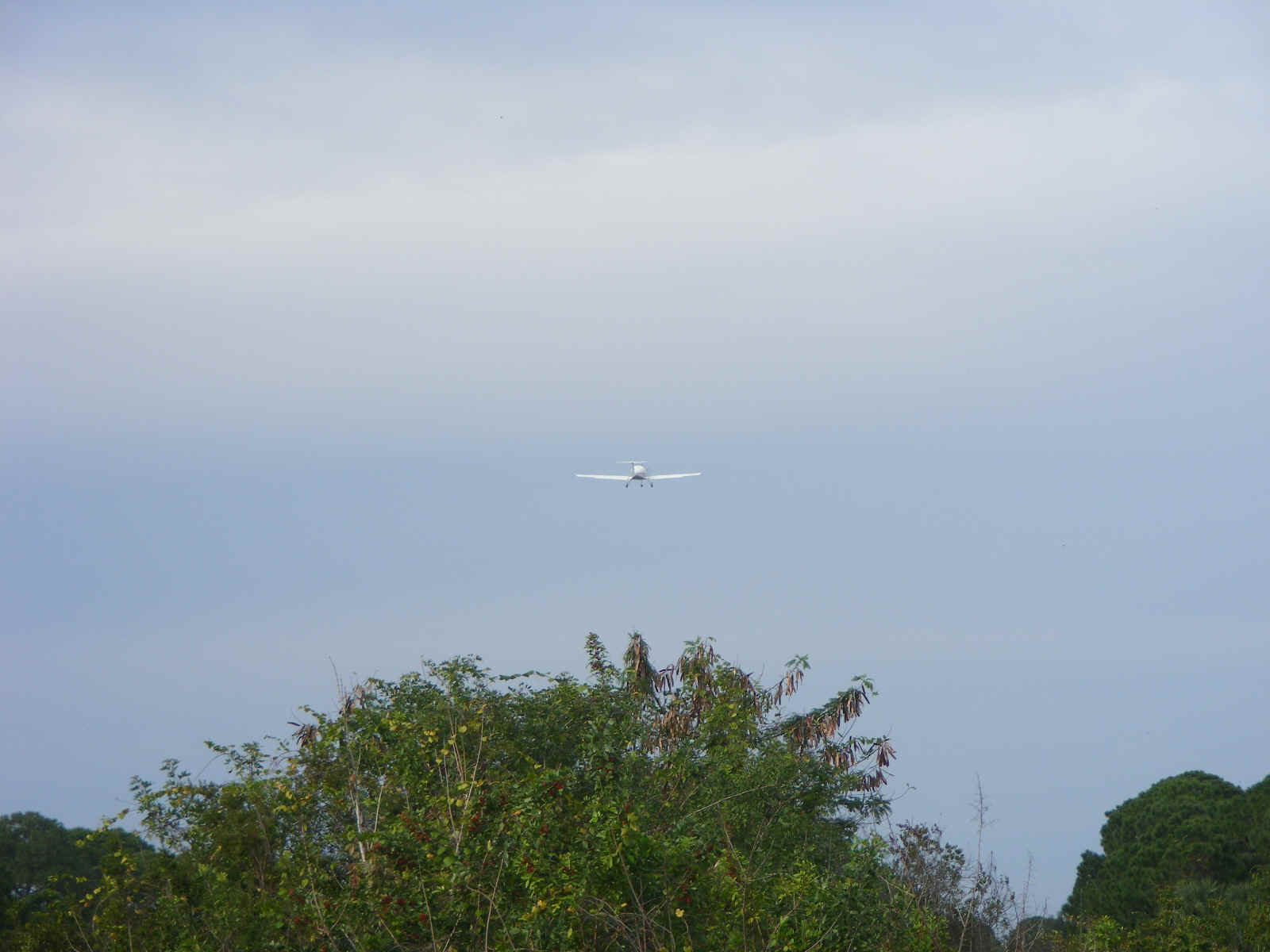 Less that ten minutes later I saw the airplane again as I was on the southbound entry ramp to Interstate 95 for my ride back home.  It was a good day that started with morning fog, then it began to clear as I drove through downtown Melbourne on US 1 heading north to the Rockledge Airport.  When I got there, the cloud layer was just off the ground and not safe to fly.  I had lunch at the local Wendy's with my Caesar side salad, small chili, plus a Junior Frosty, chocolate of course!

When I went back to the airport after lunch, I met a couple who just moved here after two years in Denver.  They were looking for a place to store their camp trailer and Billy took care of that.  I showed them my airplane and learned he had a "bucket list" with "Learning to fly" as one of the items on his list.   I pointed to Billy as the flight instructor on the airport.  I also gave them the link to my web site to learn about building an experimental airplane and the other things folks like on my web site.  It was a GOOD DAY!  The Hobbs meter now has 374.2 hours on it since new.

I published this page on the night of the $900 million Power Ball jackpot drawing.  It is raining outside here in the Melbourne, Florida area.