January 18, 2015:  If you visited this page in the past few days, you noticed I left it empty for a day or so.  I have been expanding my page about Jerrie Mock which is now FOUR pages. Her pages are in a separate section similar to what I did for the Alaska trip.

The other news of the day is the flight I made down to Sebring, Florida for the Light Sport Expo.  The flight path below shows how I cut across a path north of the restricted area that covers the Avon Park Bombing range.  On the way home, I flew around the south end of the military shooting area, then East across the airport at Okeechobee, Florida before turning for home base.  You can see we were near the middle of the Florida peninsula. 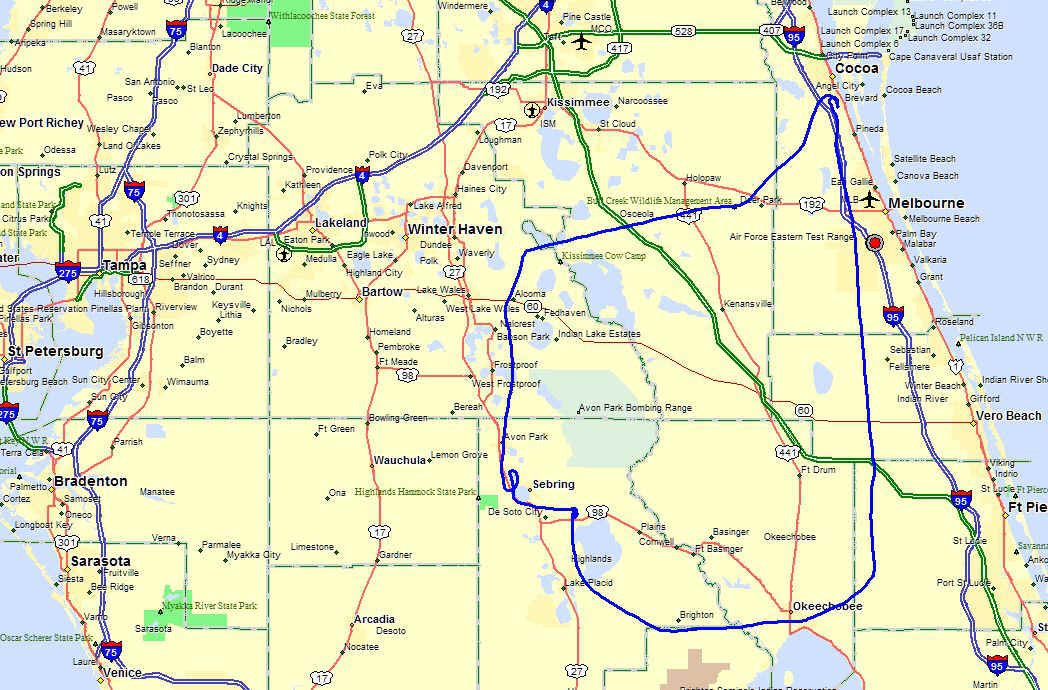 This map section shows the arrival and departure at Sebring Airport.  I was up at about 3,000 feet MSL flying over the area where the planes were setting up for arrival down at 1,100 feet MSL.  The land here is about 100 feet above sea level, which is the pattern altitude for the airport and is established at Lake Jackson before heading East to the airports a seen below.  I made the descent from 3,000 feet to 1,100 feet while going north from Lake Jackson and around Lake Sebring. 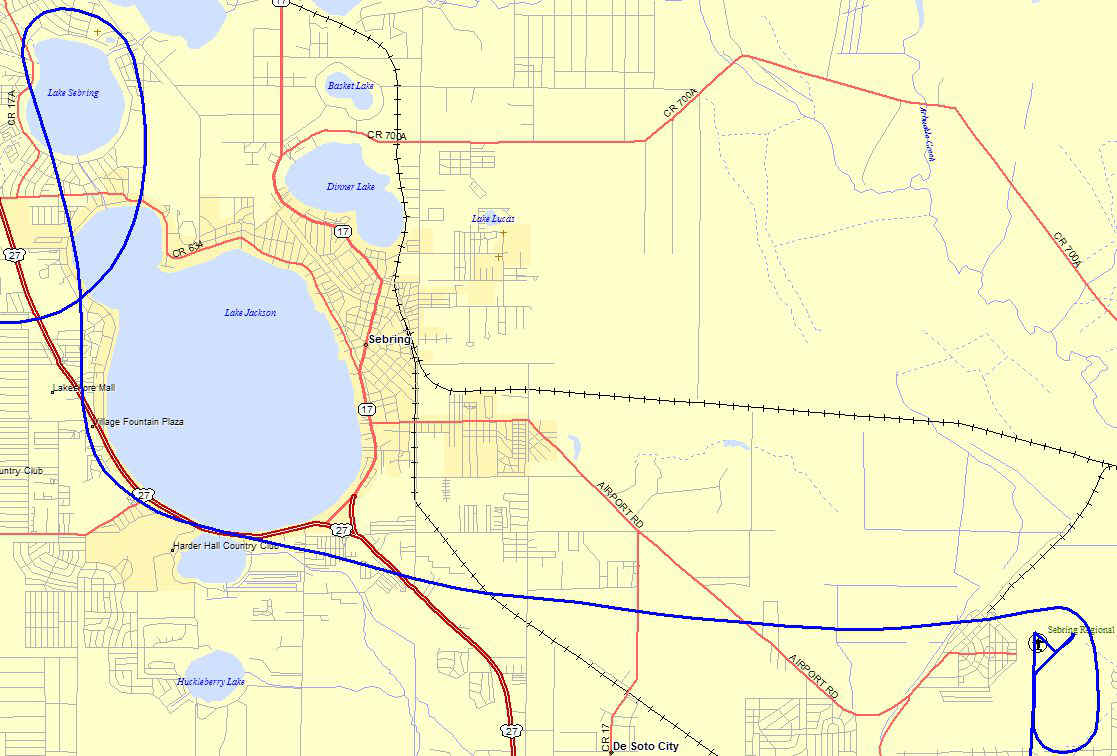 The trade show at the airport is for Light Sport aircraft.  The usual avionics vendors were present, but all the airplanes are light weight to meet the rules.   This is the Cessna Sky Catcher.  Most all these aircraft use a Rotax engine. 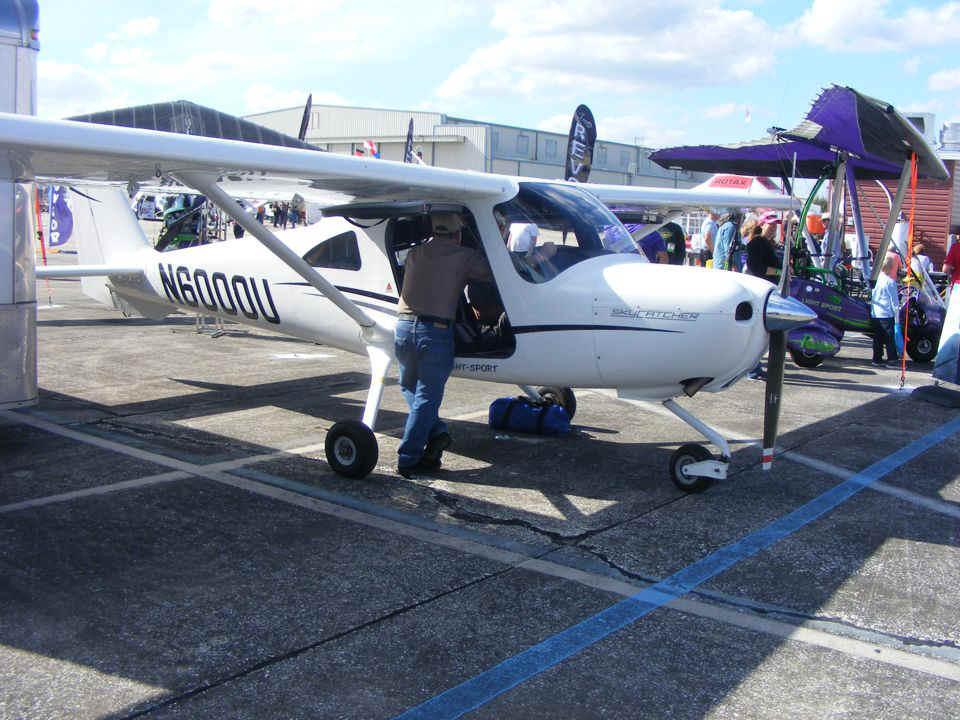 Here is a two-seat auto-gyro that meets the speed and weight requirements for the light sport category. 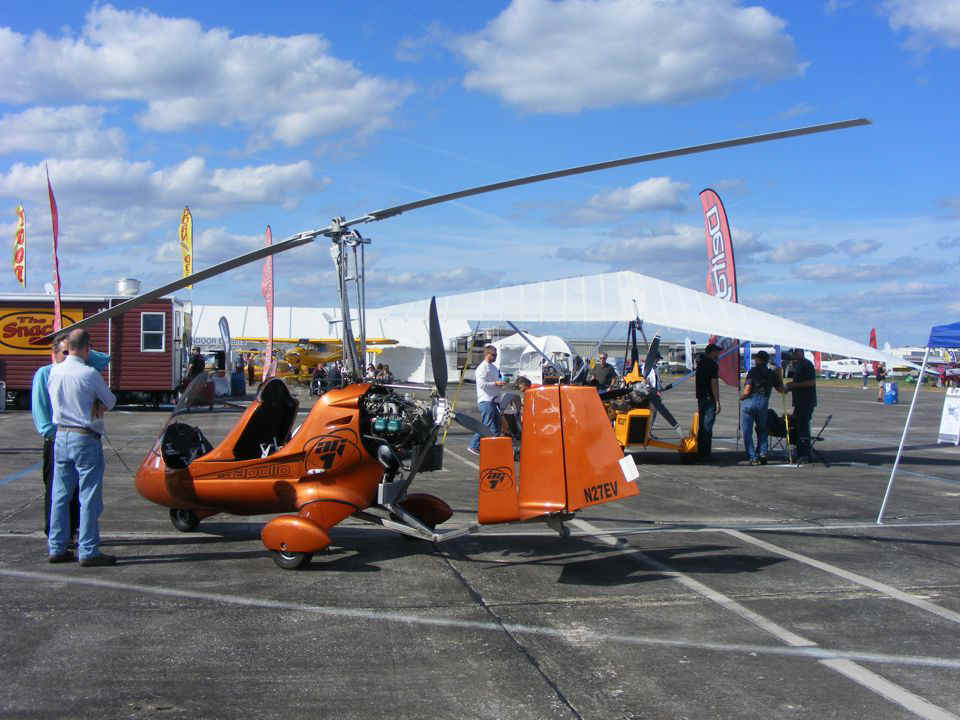 Van's Aircraft brought this RV-12 from the Oregon factory to Florida.   They had hoped to have a second RV-12 from a customer here, but bad weather in the East kept that airplane from getting into Florida. 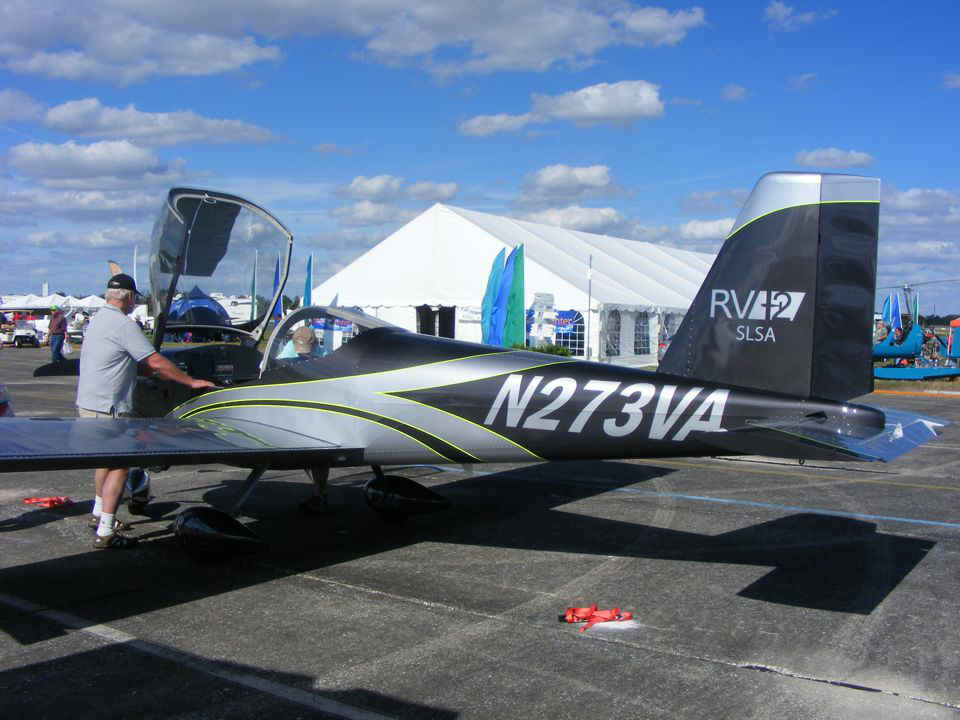 Here is the view from the front. 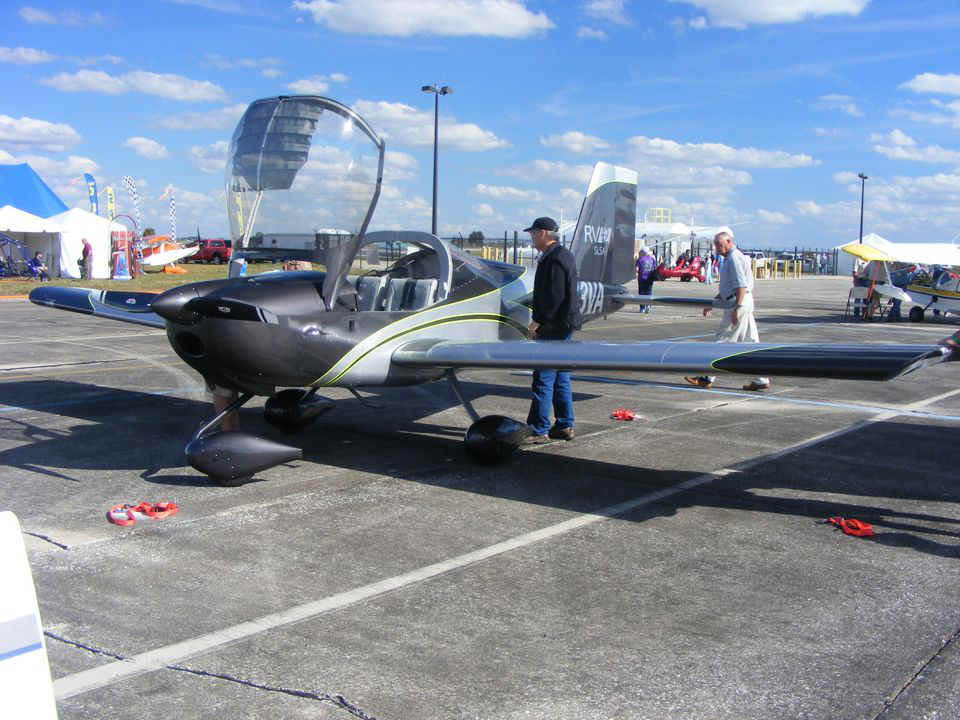 Here is the sign out front of the RV-12.  The wings and fuselage are aluminum like my RV-9A. 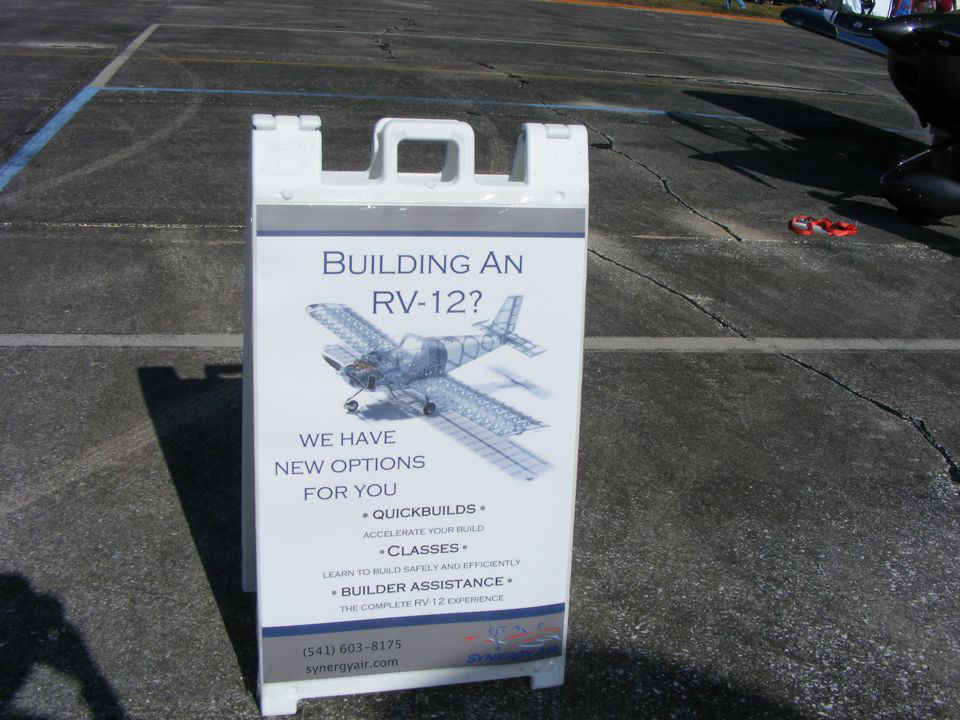 The instrument panel is made from carbon fiber.  I did not notice my friend Bill Blackwood was in the picture holding my RED CUP until I downloaded the photo to the computer. 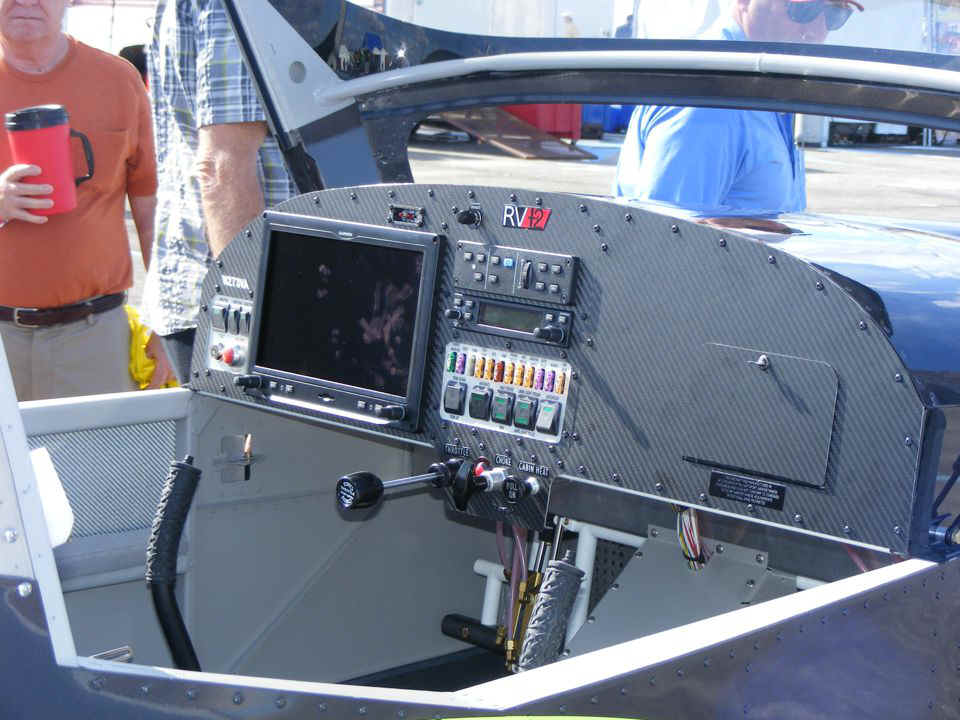 When we departed, the route was south then east to pass by the Okeechobee Airport (KOBE).  I took this photo as we were approaching.  I had Bill flying while I was taking photos.  He is a 200-hour pilot working on his IFR ticket. 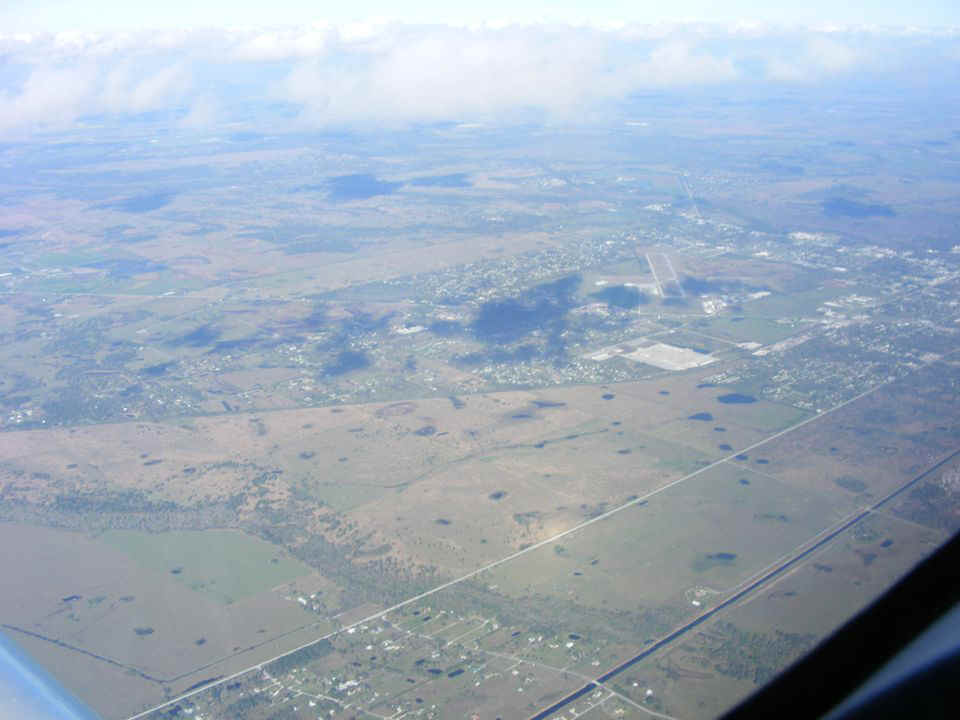 The airplane is in a slow climb heading up to 7,500 feet MSL to get into smooth air above the clouds.  We had a tailwind coming south and now we have tailwinds as we head for home.  I should not have had the polarizing filter on the camera.  The Dynon D-10A does not show up well through the filter. 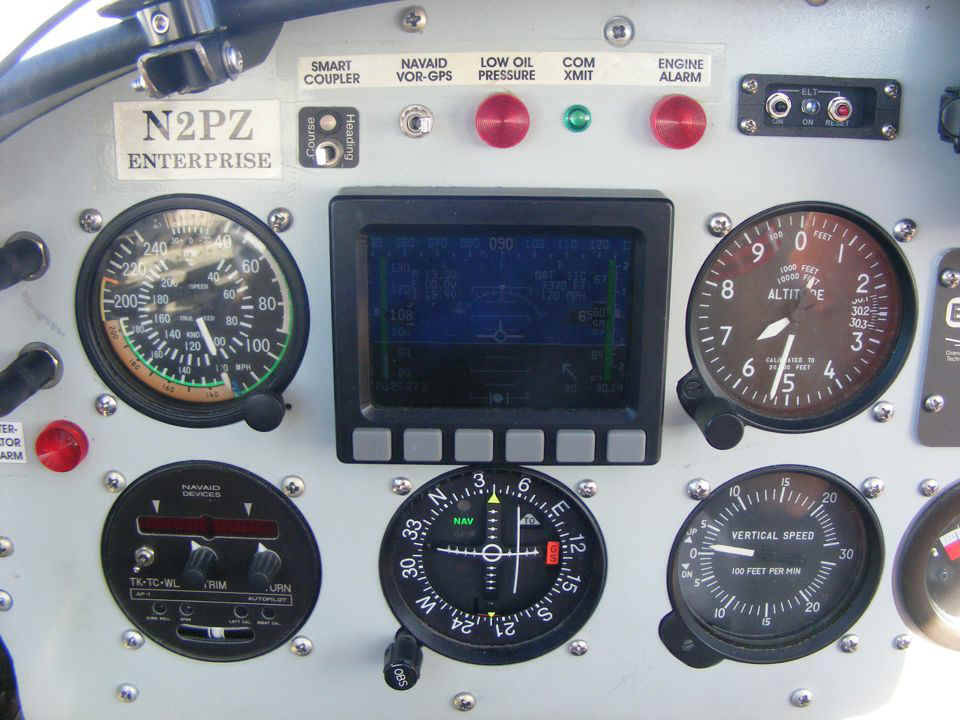 The GPS reports a ground speed of 140 MPH as a result of the tail wind.   The prop is just under 2,300 RPM, but the throttle setting is not full during the easy "cruise" climb that only burns 6 gallons per hour. 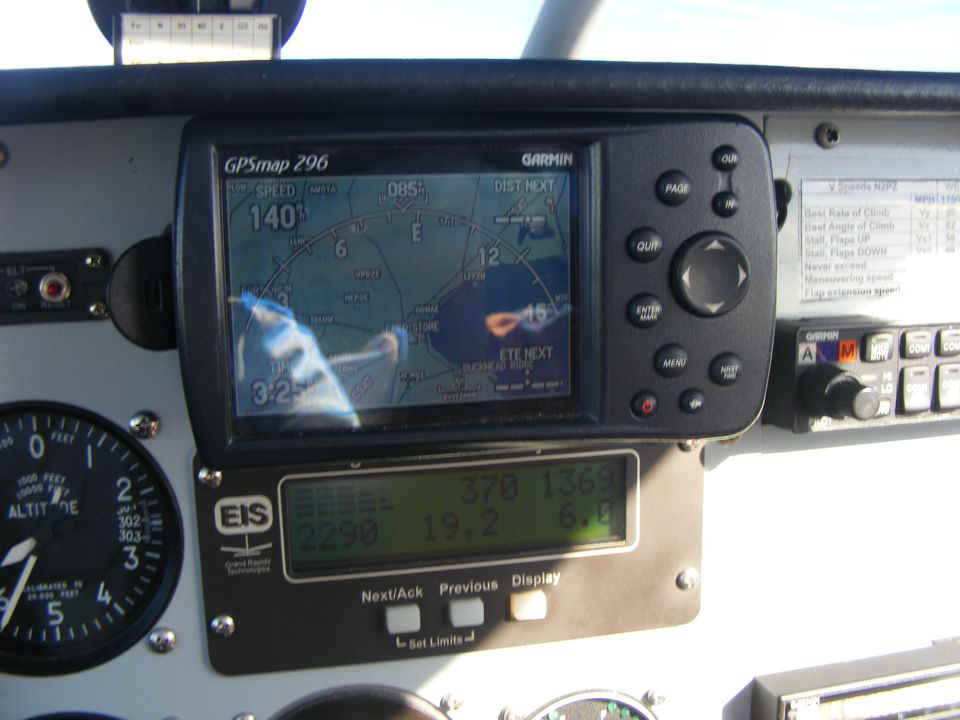 The view on my side shows the clouds below near the airport.  Check the cloud shadows on the ground.  This is another of those W.W.II airports. 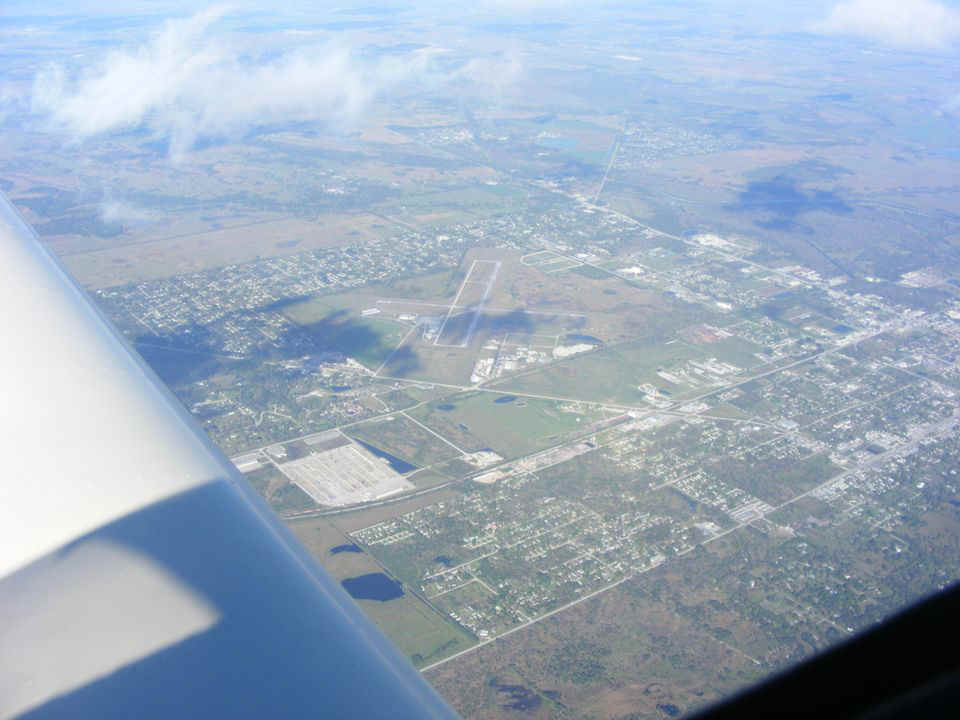 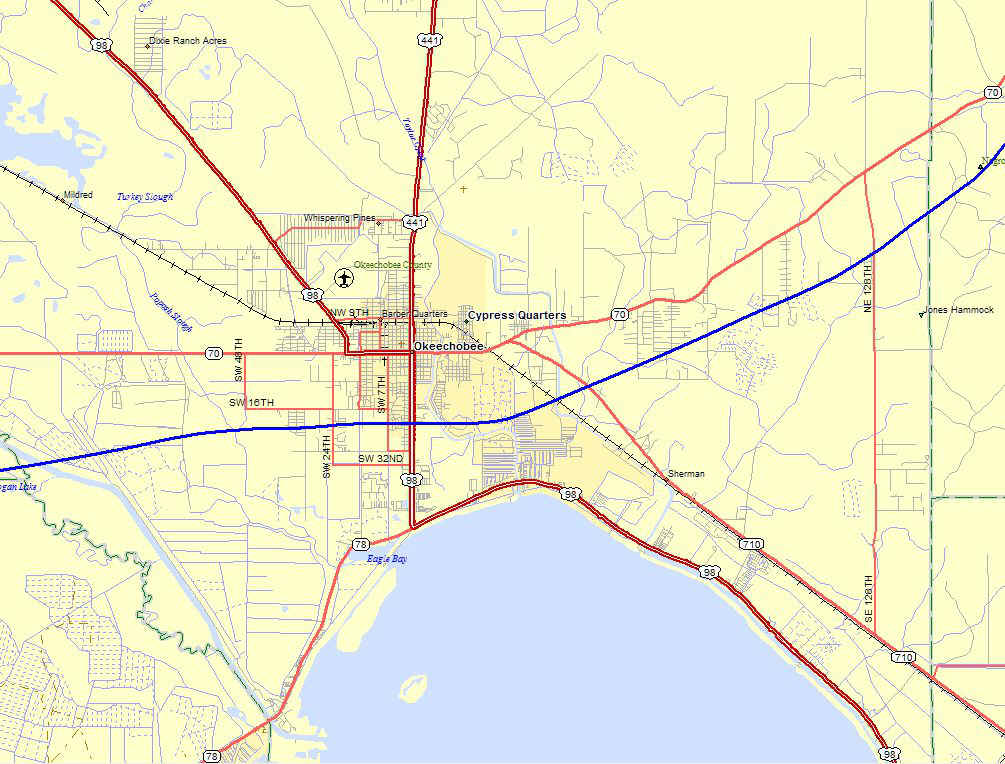 As always, here is the "Enterprise" back in the hangar with Bill Blackwood posing after his first ride in a Van's Aircraft with that "RV grin" on his face.  He has been a reader of this web site for a number of years.  He first contacted me during the Christmas holiday period.  The flight today added 1.9 hours to the Hobb's meter. 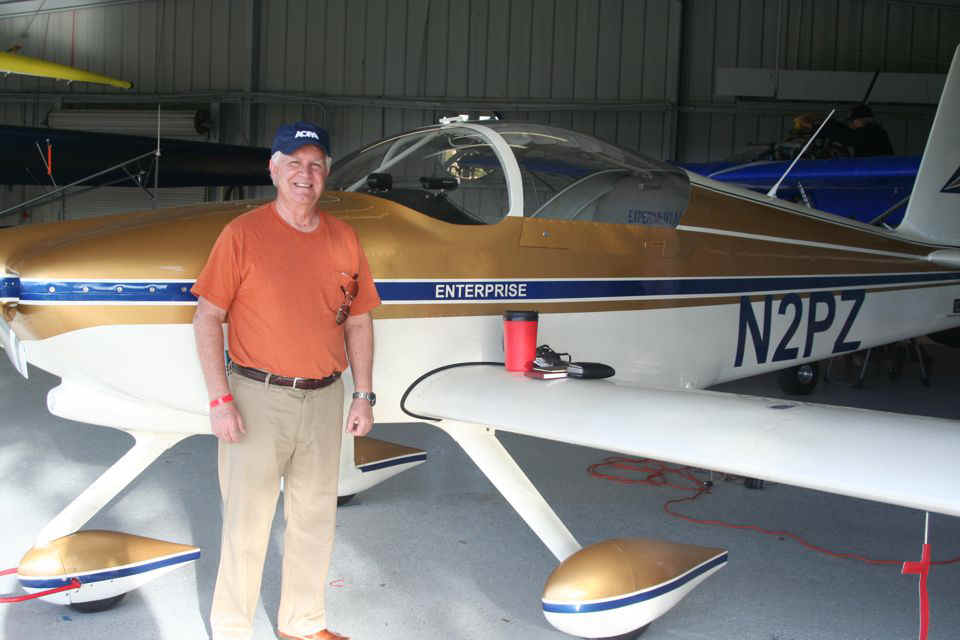