December 22, 2012: The airplane ride for my son Ian from Texas continues here in Brevard County, Florida.  We took a short 30-minute flight up toward Titusville, Florida so he could take some photos of the area including Kennedy Space Center and the NASA Shuttle Landing Facility. 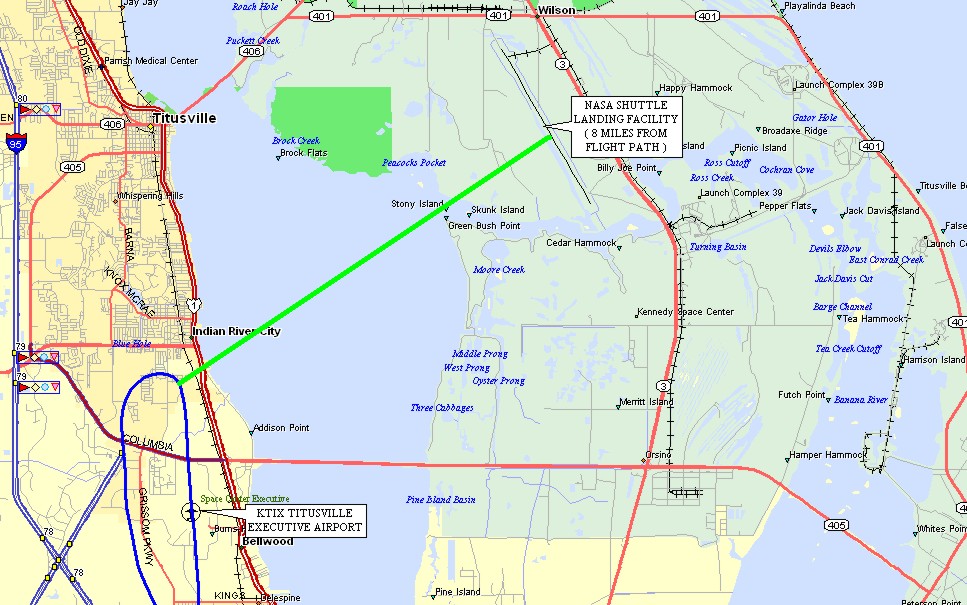 I tried calling the control tower at the shuttle landing strip to see if we could get a fly-by at 500 feet above the 15,000 runway and a close up view of the vertical assembly building seen in the photo below.  Nobody was home to answer my radio call.   Since that is restricted airspace, we had to take these next photos from eight miles away as seen in the map above with the green link marking the distance from my GPS flight path to the runway. 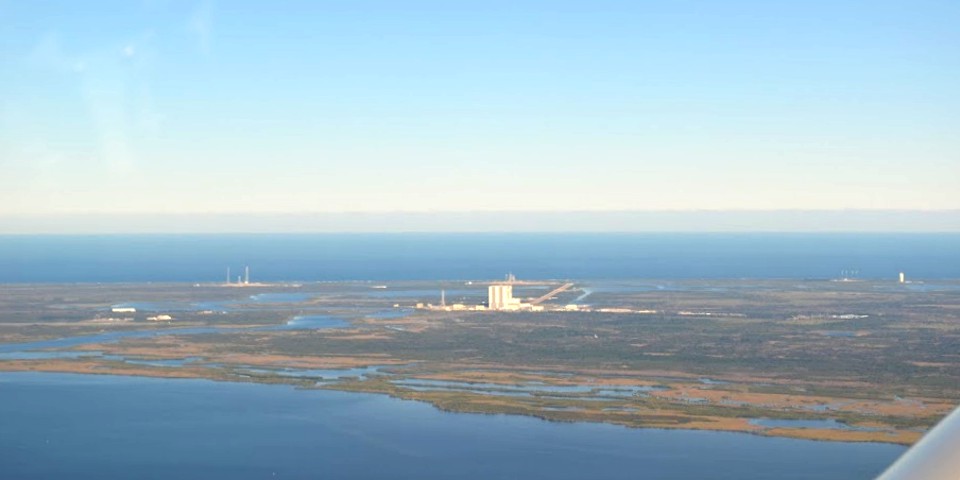 Launch pads 39A and 39B are clearly visible near the edge of the Atlantic Ocean beyond the vertical assembly building (VAB).  The roadway built for the large transporter is visible heading from the VAB to the launching pads.

This is the first photo when we started flying south back to the Rockledge Airport.  That is the Saint John's River flowing from left to right northward eventually to Jacksonville, Florida.  The highway crossing the river from the right side of the photo is Florida state route 50 from Titusville going toward Orlando.   The swampy area around the area is larger due to recent rains in this area.   The Google Earth photos show this area with much less water from the 2010 aerial photos they are currently using. 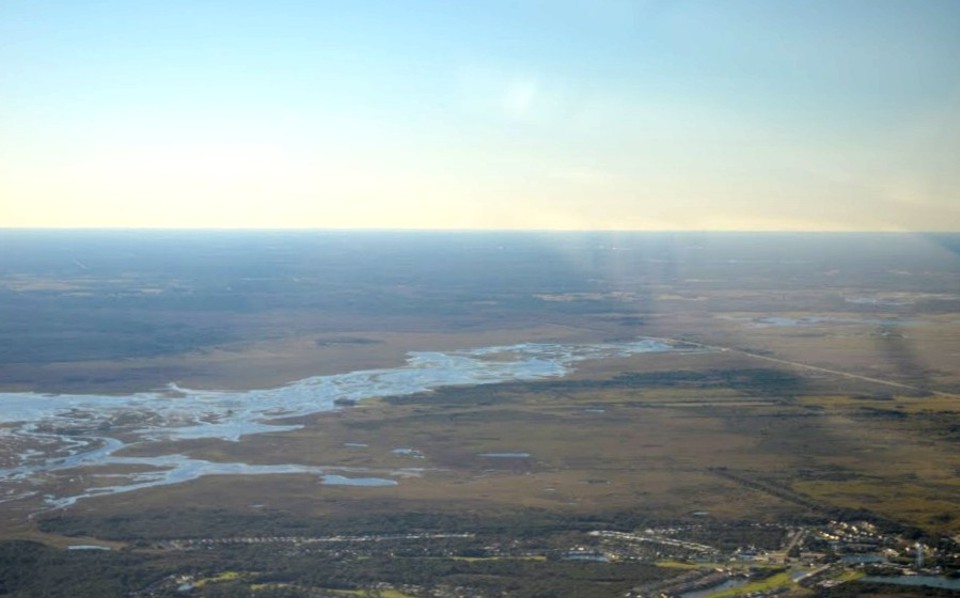 This next photo is showing Lake Poinsett again near the north end of the lake.   State routes 524 joins with route 520 at the bottom right corner of the photo. 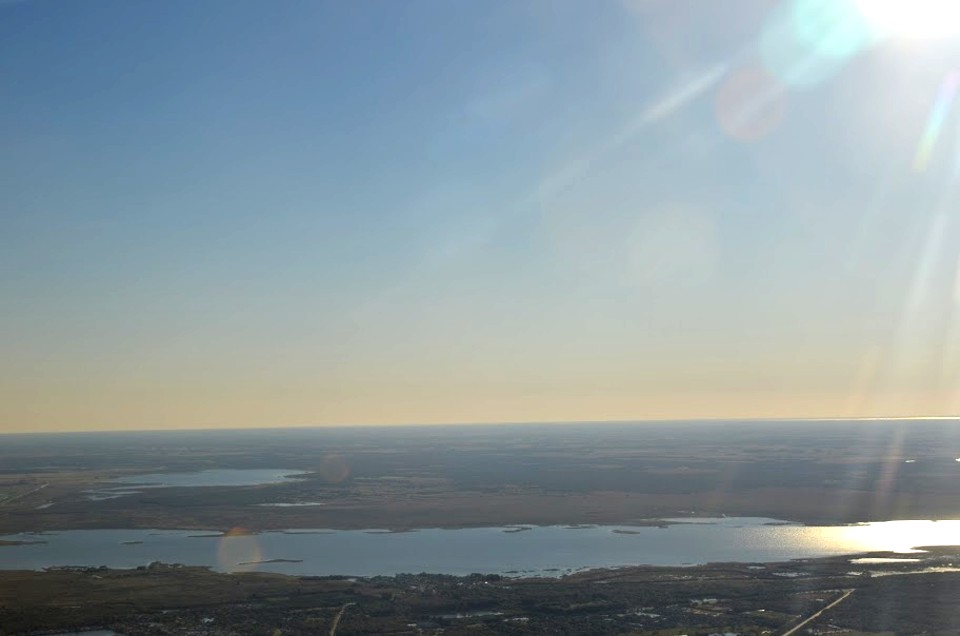 Ian snapped this photo as I was maneuvering to enter the Rockledge Airport traffic pattern.  That is the south end of Lake Poinsett reflecting the sunlight our way. 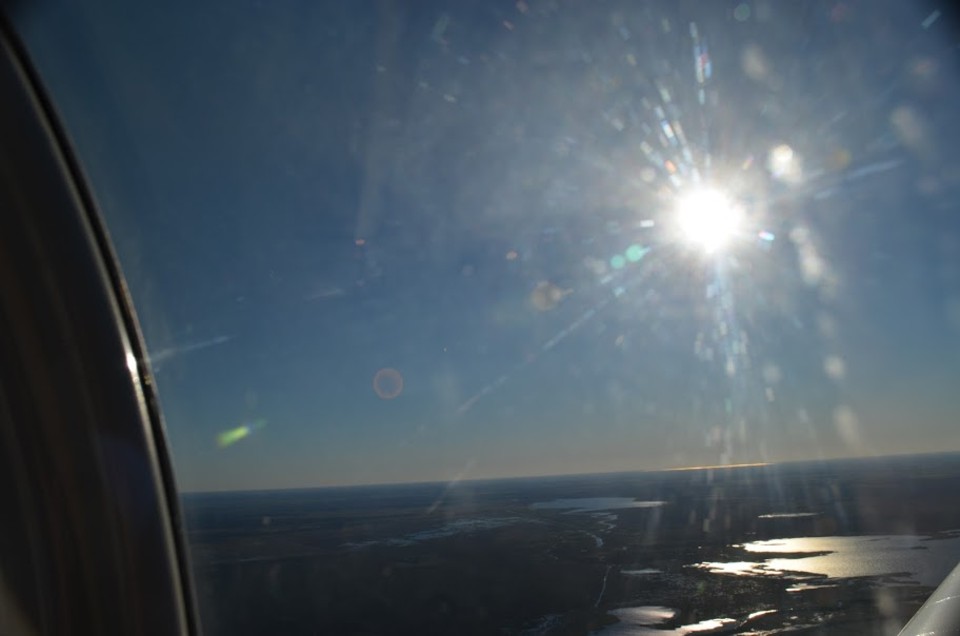 He turned his camera back to the east side of the airplane as I was descending to the traffic pattern.  The Indian River, Merritt Island and barrier island is visible up against the Atlantic Ocean. 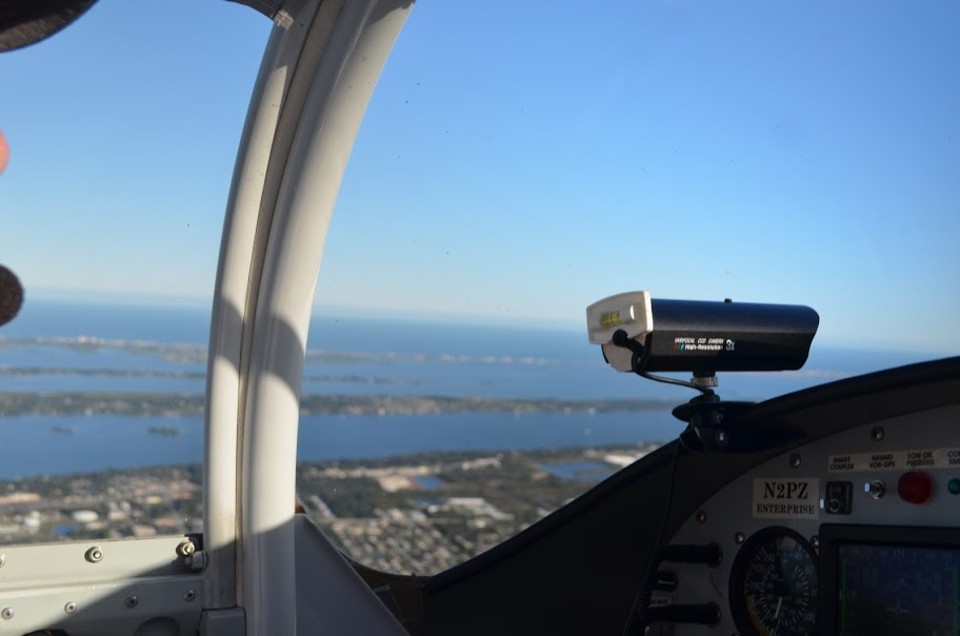 When Ian pointed the camera ahead to the south, the propeller arc is visible at the lower left side of the picture.  Lake Washington is visible through the propeller in the distance.  The dark area on the right is the windshield roll bar and fiberglass fairing for the windshield.  That residential area below is known as Viera. 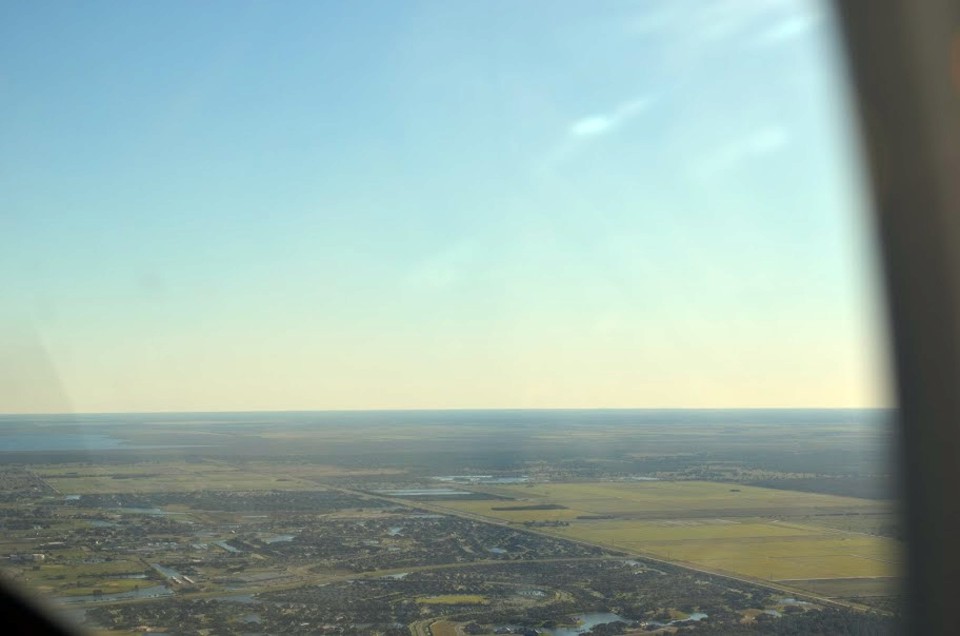 He took this photo out the side window ahead of the wing still looking south as I started to turn the base leg toward the airport. 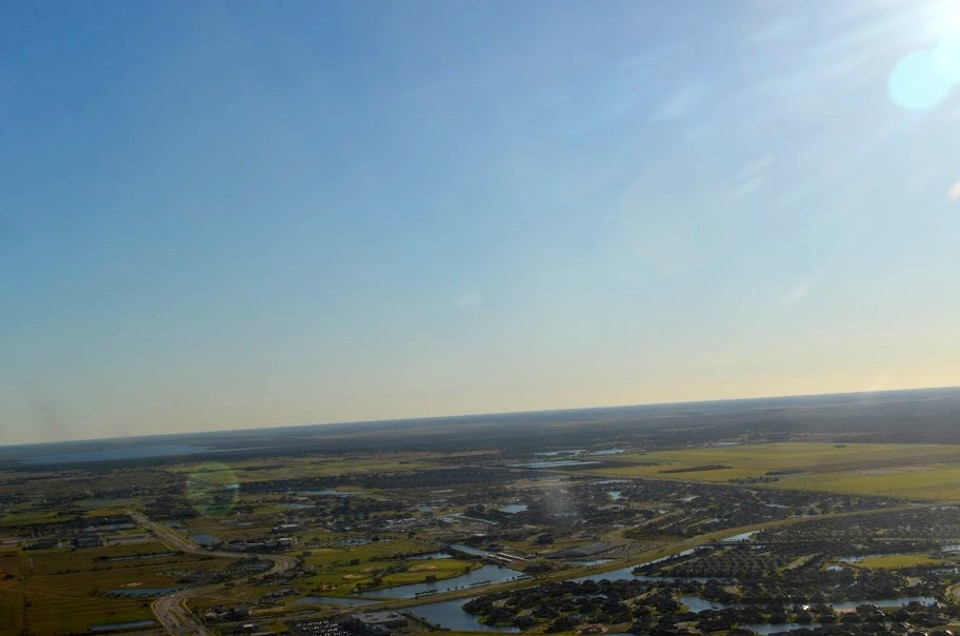 The Nikon camera focused on my dash-mounted video camera as the I began turning toward the runway hiding behind the windshield roll bar. 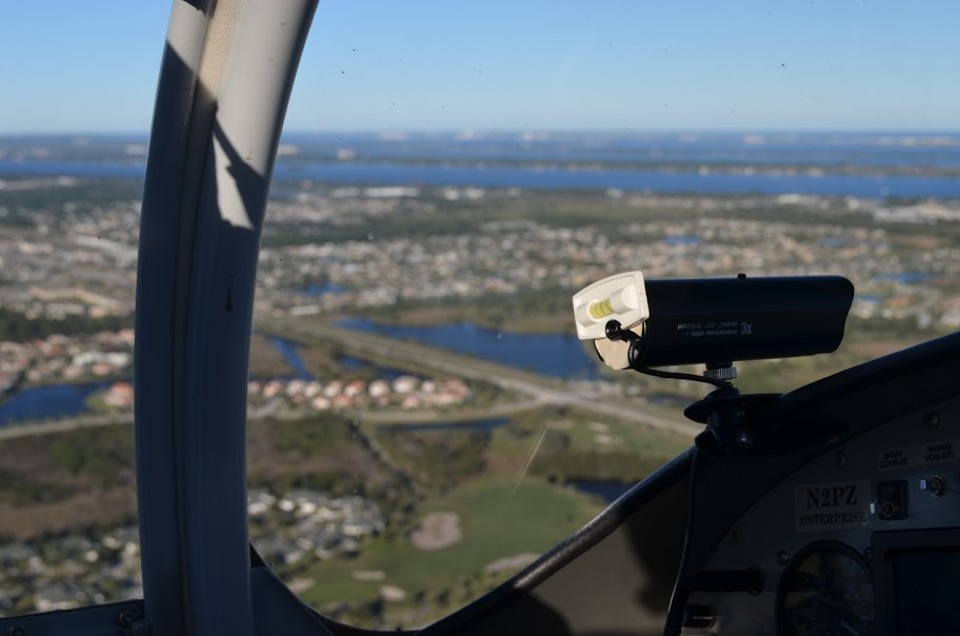