October 5, 2008:  Before departing Folks Field, I made sure to take this "class photo" of Marty on the ramp at Folks Field.  After departure, we headed northwest around the Chattanooga Class C airspace.   I banked left to show Marty the "corn maze" on the valley floor below and East of the Rock City tourist attraction atop Lookout Mountain.  We also got a good look at the Incline Railway that runs two cable cars up and down the side of Lookout Mountain. 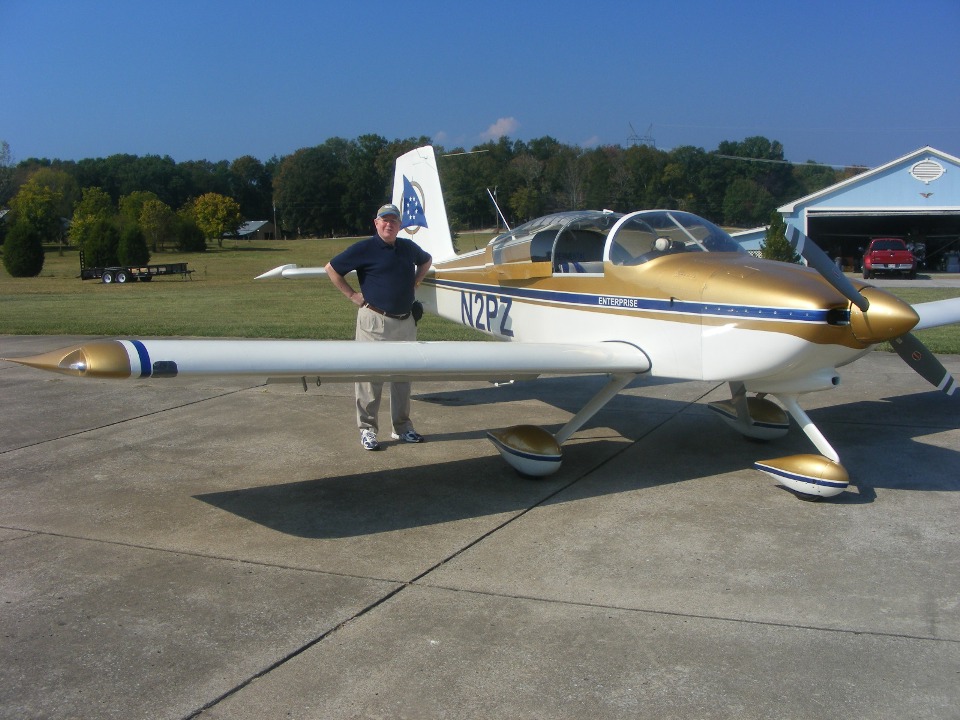 As I said before, Sunday was great for flying!  Here is the view of the city as we head up the Chattanooga Valley near Lookout Mountain.  Interstate Highway 24 is hugging the Tennessee River at the left side of the photo, then turns East across the city. 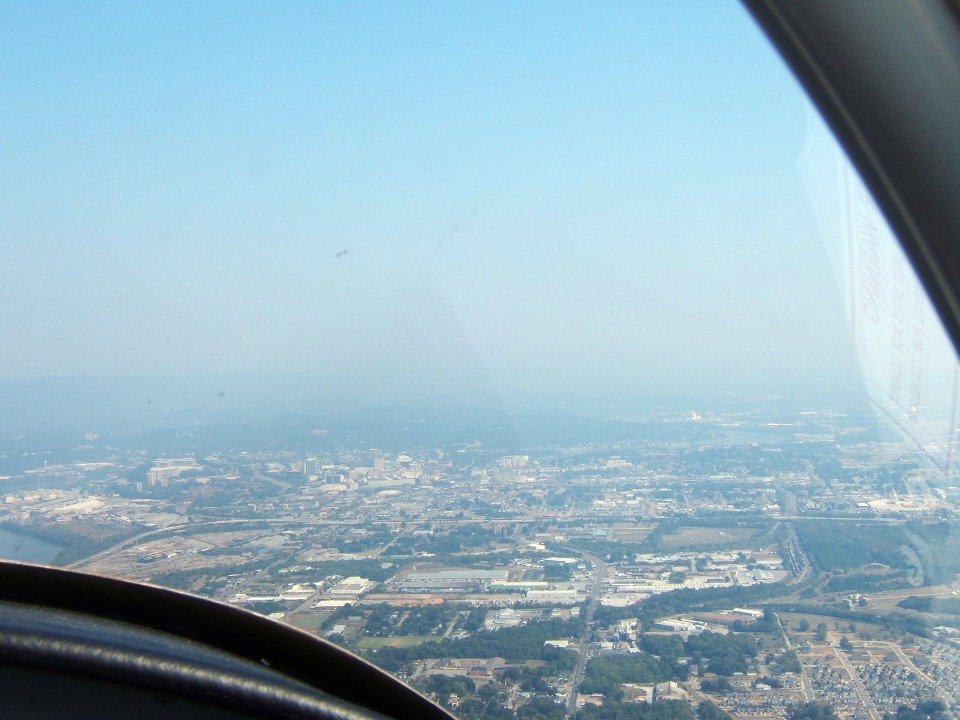 As we get closer to the city, an old industrial district adjacent to the Tennessee River shows signs of re-development. 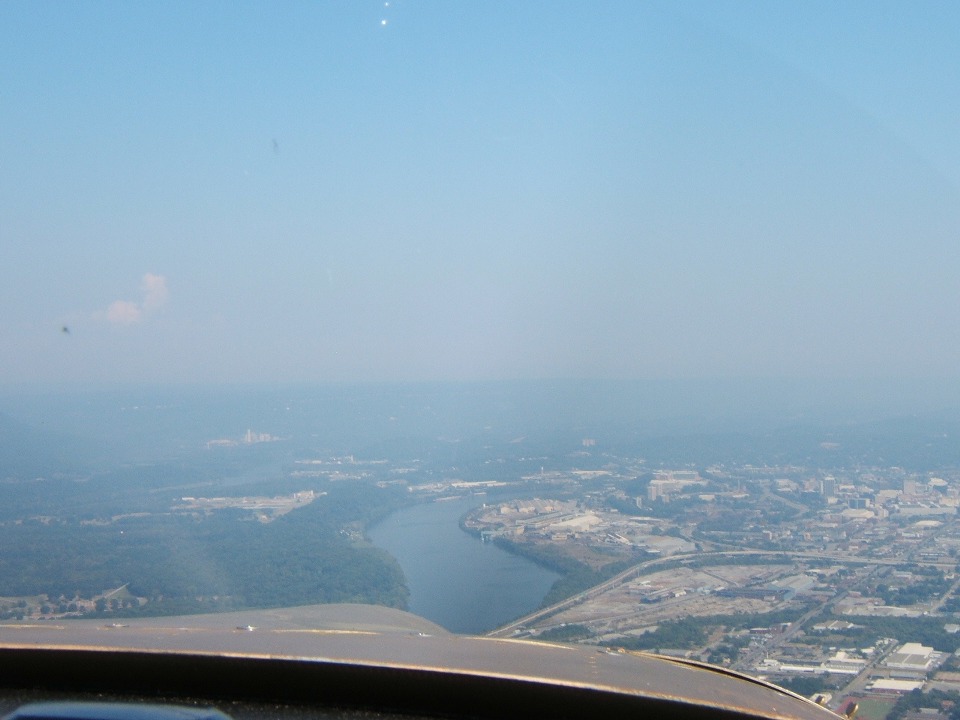 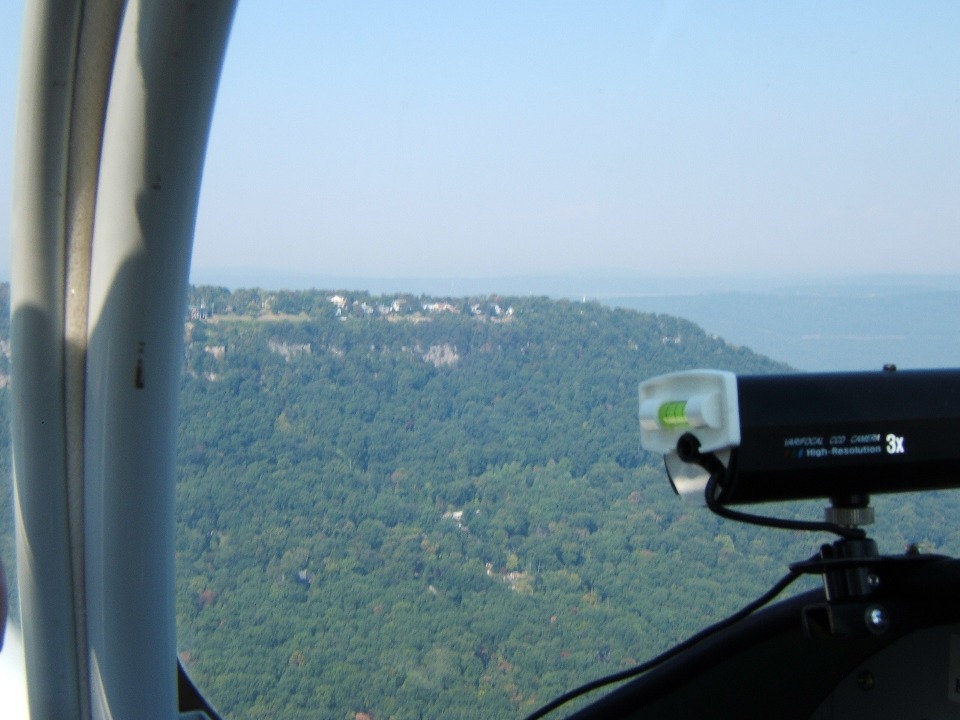 That stripe pattern is the reflection of my shirt from the inside of the canopy.  His digital snapshot camera is similar to my old one with a retractable telephoto lens.  It cannot use an external polarizing filter to minimize these types of reflections.  I verified the distance of my flight path from the town of Lookout Mountain using a GPS ground track overlaid on a digital street map.  You may notice my flaps are still partially extended, an oversight on my part from our takeoff, but it worked in our favor here to provide stable slow flight while we were "flight seeing" the local area. 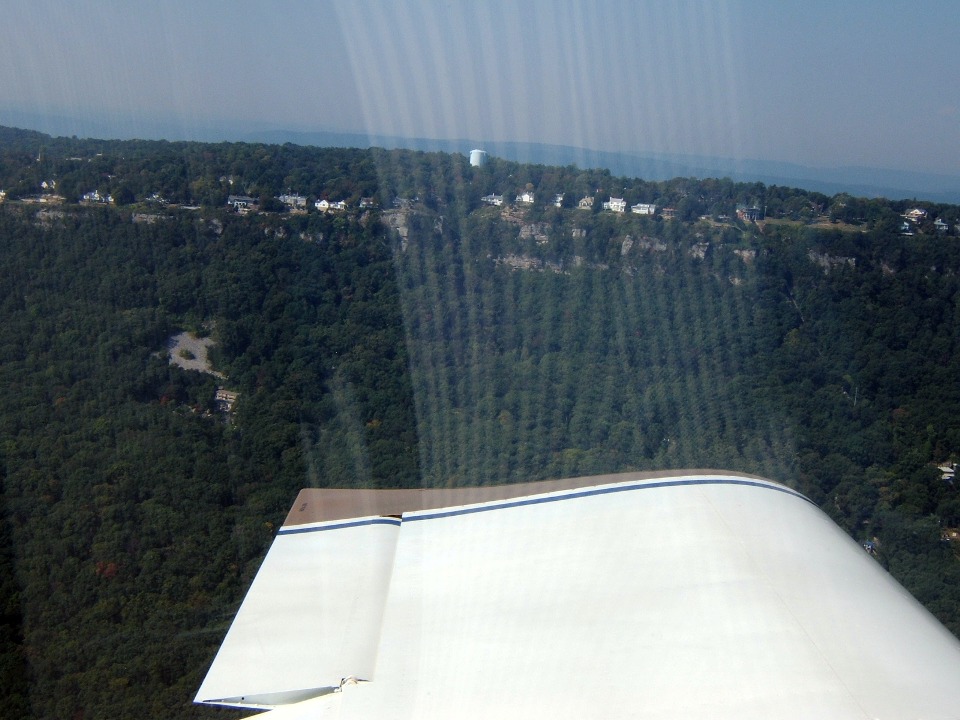 The view out my side behind the wing reveals the gap in the trees that is the Incline Railway.  Cable cars have been going up and down the mountain side since the year 1895, for 113 years as I write this. 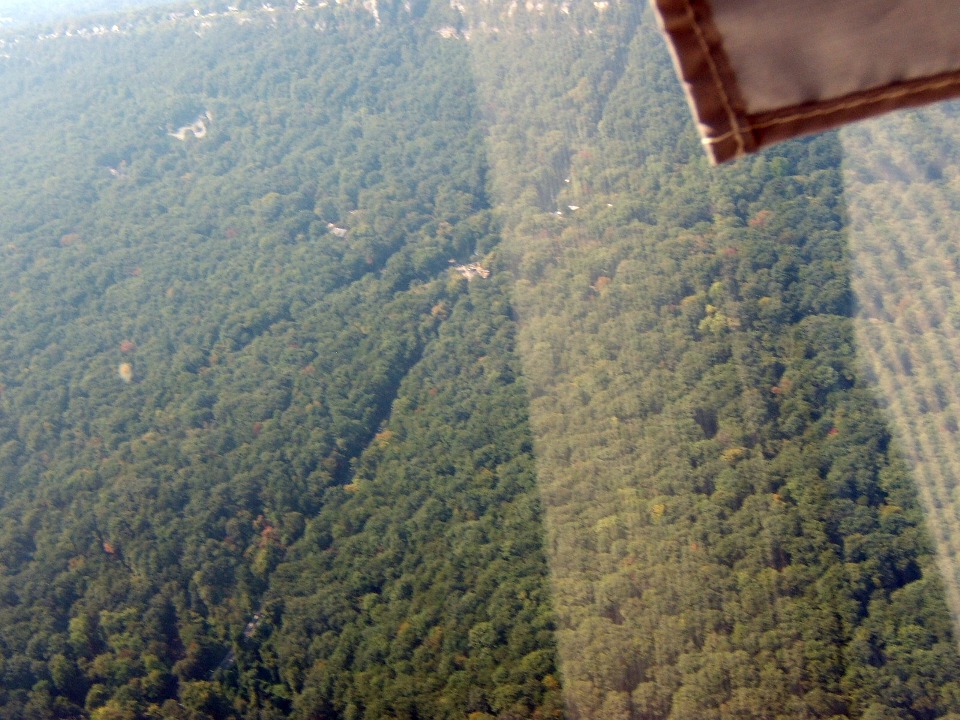 Downtown Chattanooga was on the other side of the airplane as I began following the Tennessee River near Moccasin Bend.  The bend in the river got its name because of its shape as seen from Point Park at the north end of Lookout Mountain.  By the way, Moccasin Bend is directly under the airplane, out of sight from the camera.  The RED mixture knob is reflected from the inside of the canopy.  The view is looking upstream on the Tennessee River.  The Chattanooga Airport is out there in the haze about EIGHT miles away.  We remained outside their Class C airspace at all times and monitored their frequency as we flew this part of the route. 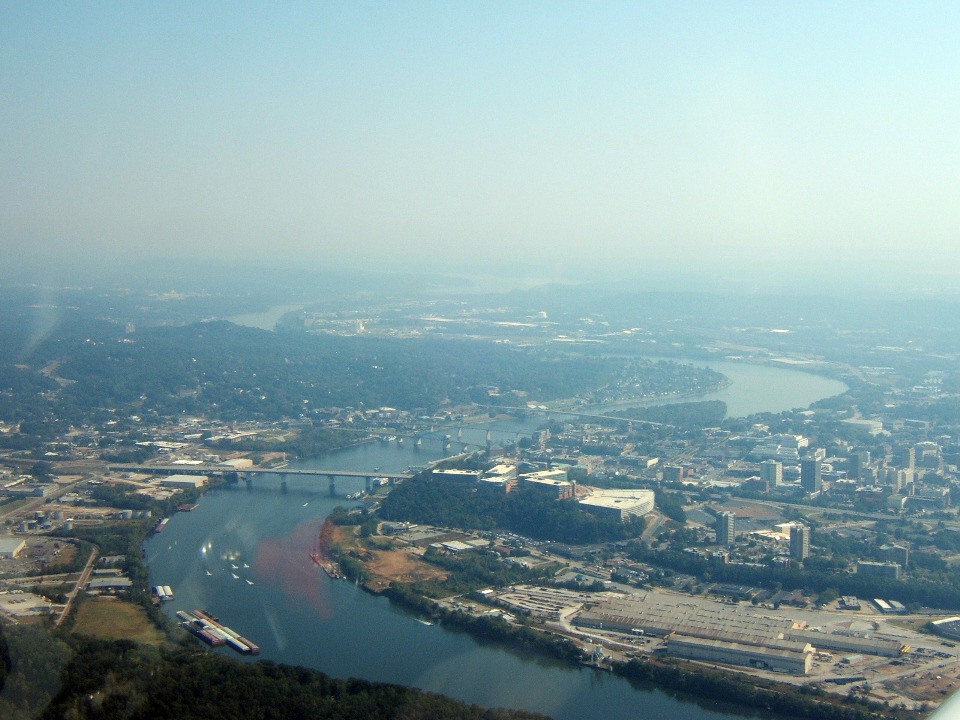 Here is another interesting fact about the Chattanooga area:  Raccoon Mountain and its TVA water reservoir.   Marty got the first photo of this special place used by TVA to store "energy" by pumping water from river up to this mountain top during off-peak power usage times.  Then letting the water come back through a power generation station during peak demand hours. 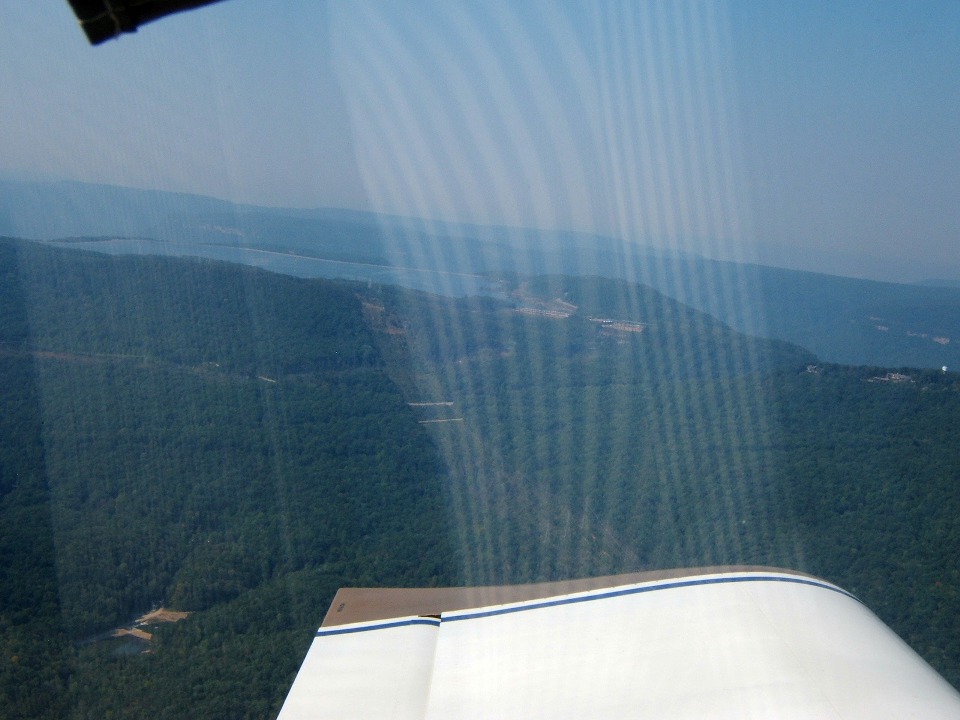