June 2, 2007:  It is that time again.  I have until June 7th to complete my annual inspection of N2PZ.  I am doing dual duty today working on my airplane, and giving Wendell more guidance on his RV-8 project.   Here is the view of the RIGHT wheel going back on the airplane.  I was a bit greasy during the procedure and did not take any photos during the process.  I still have the LEFT wheel to work on tomorrow. 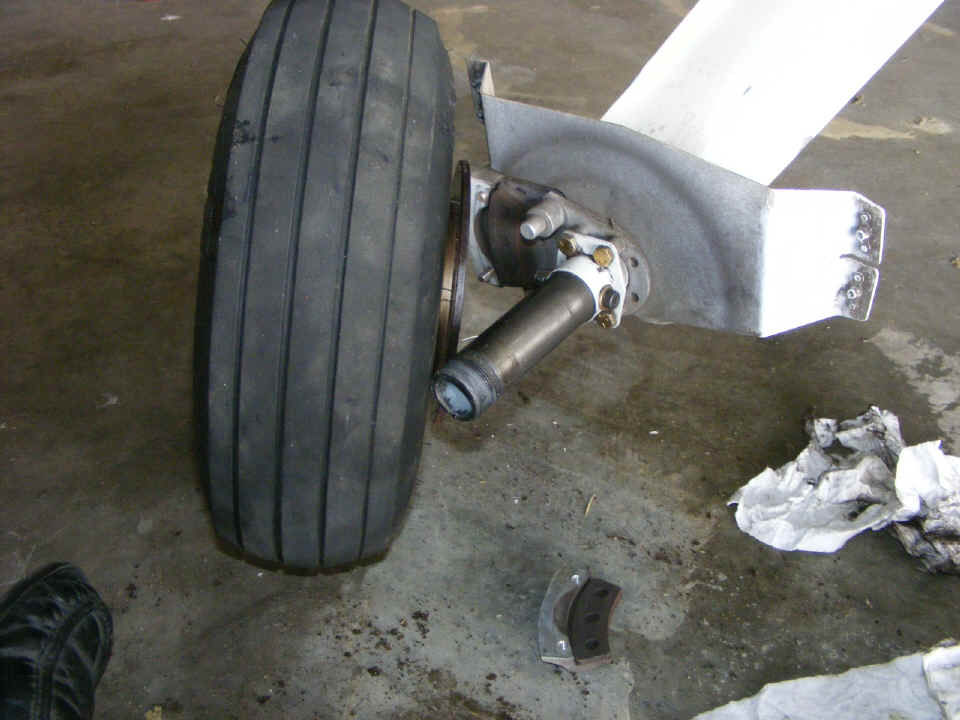 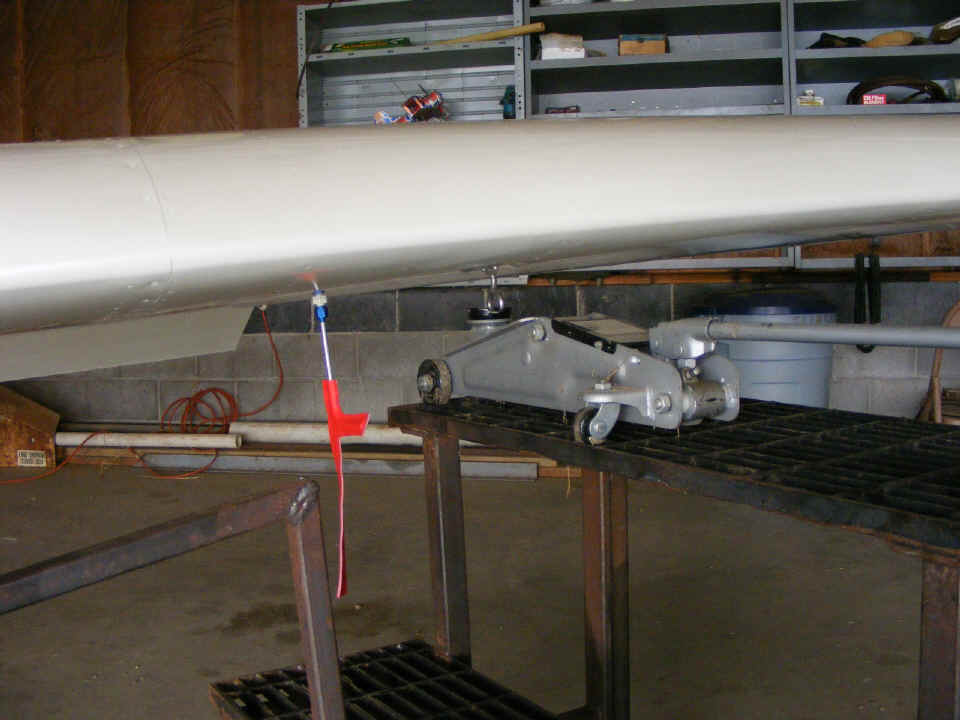 Tomorrow I get to do the same thing to the RIGHT wheel assembly, then put all the safety wire back on the brake caliper bolts and the axle nut to the aft wheel fairings.  Wendell was advising me today on the best way to clean and lubricate wheel bearings.  I was amazed that after I had cleaned away all the dirt, the felt washers on each side of the wheel bearings were in such great shape!  It must be all the time I spend in the air compared to the amount of time I am in ground operations.

June 3, 2007:  My Sunday afternoon work session was about cleaning and repacking the wheel bearings on the LEFT main landing gear.  The bearing and the parts on the left have been cleaned.   The group on the right just came out of the wheel assembly.  After I get those parts cleaned, I will pack both bearing with new axle grease. 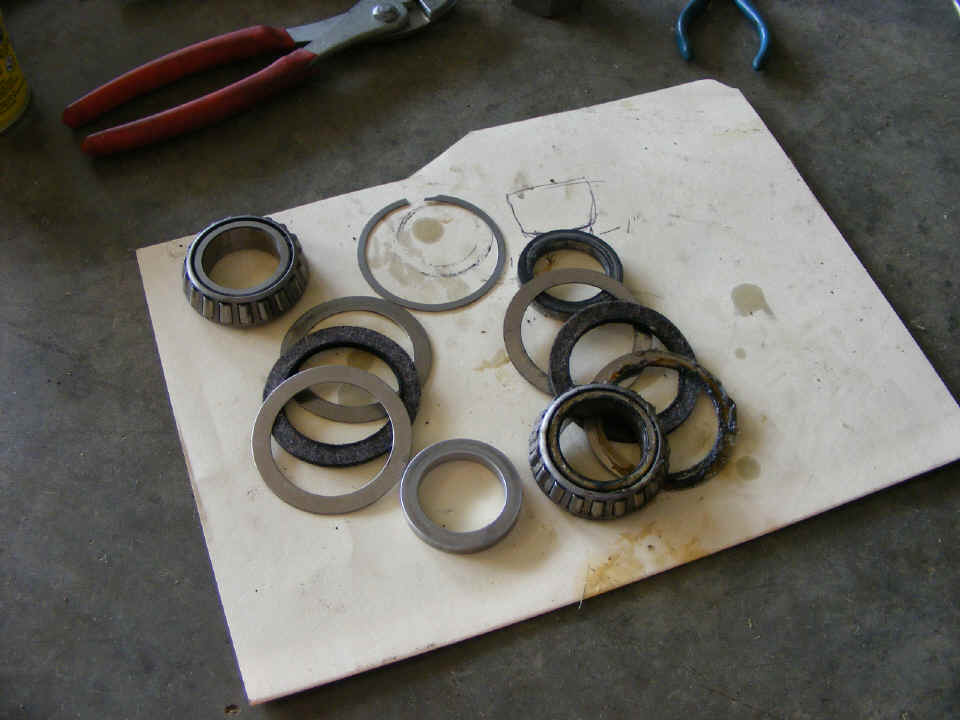 After the wheel was put back on the axle and the wing jack removed, it was time to move on to the inspection of the wing root attachments, fuel lines, and electrical connections.  Everything inside the left wing root fairing was just like I left it last year:  No leaks, no shorts, no loose bolts. 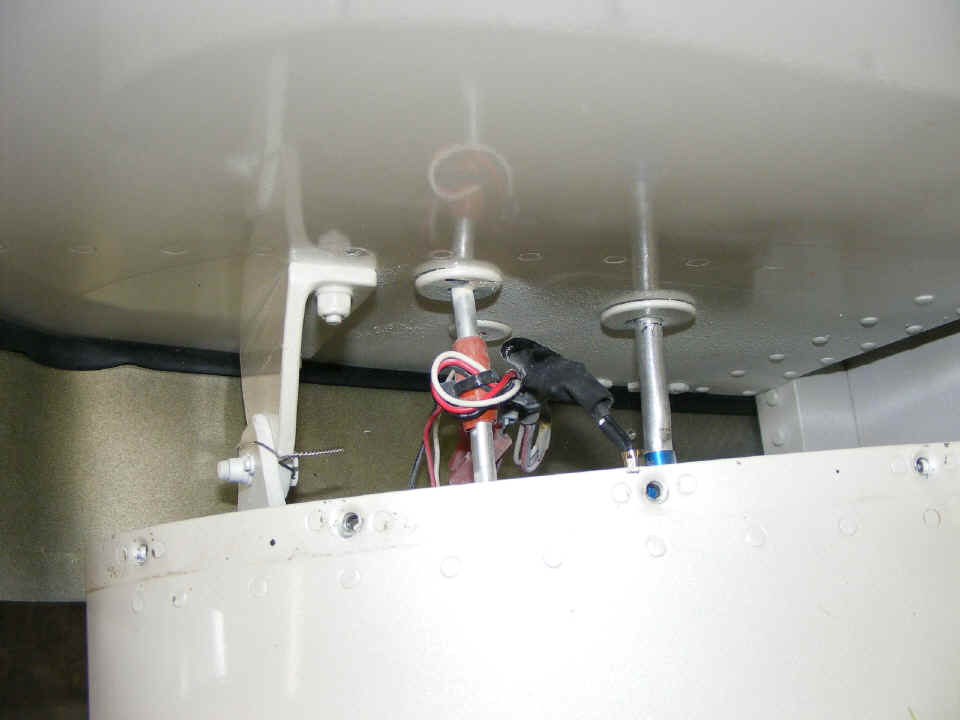 The electrical connections for the lights and wing-mounted aileron servo are just fine. 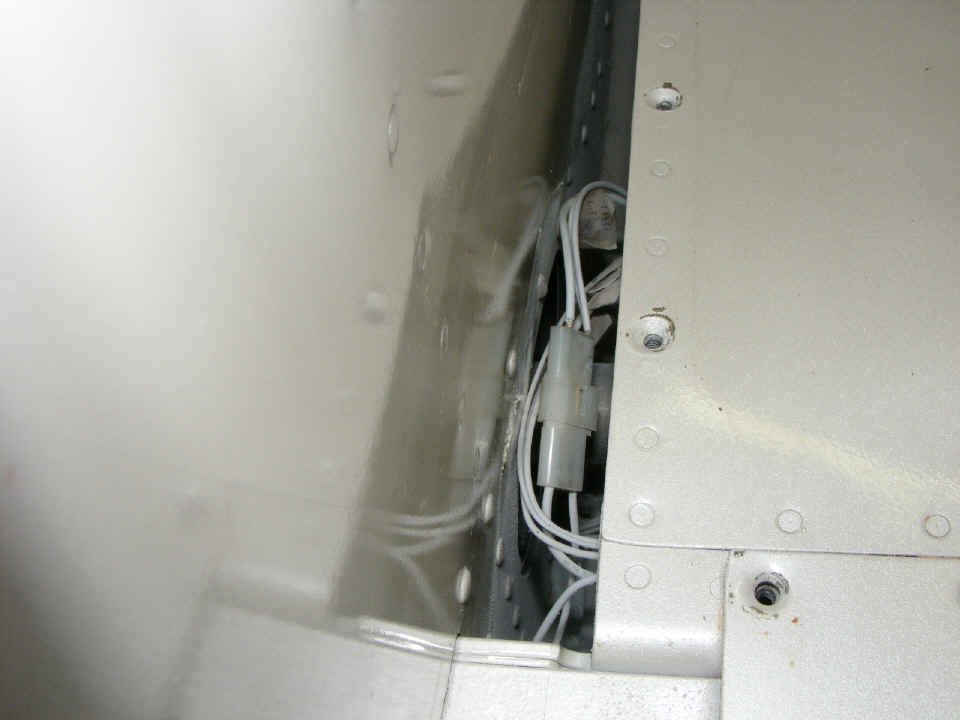 The left wing rear spar and doublers are still properly secured to the fuselage.  I cleaned the overlap area of the wing root before putting the wing root fairing back in position. 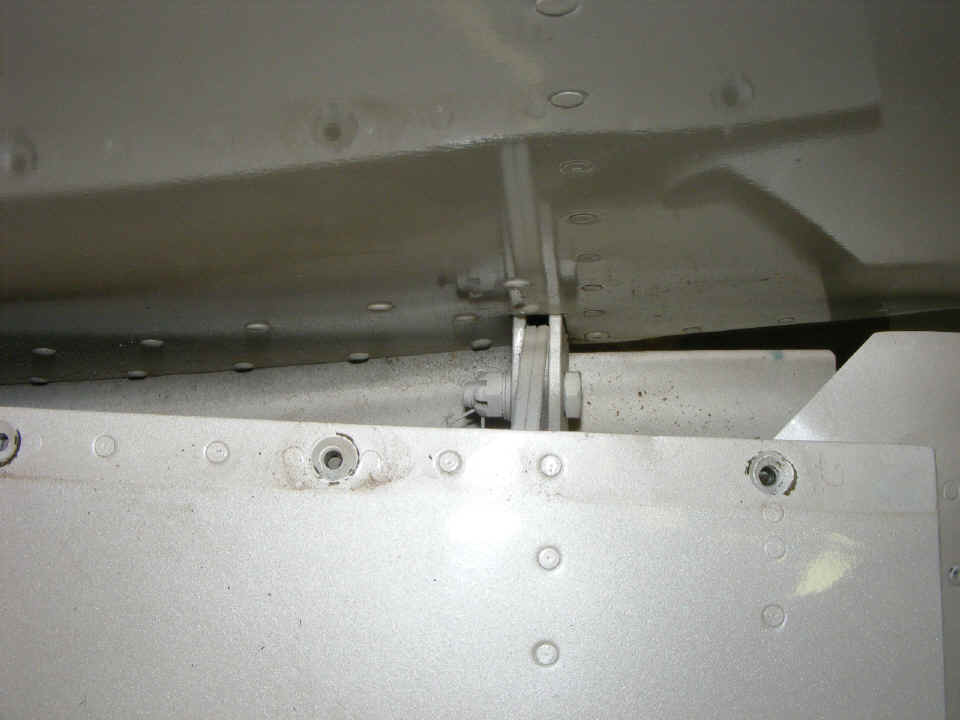 The RIGHT wing fuel sensor wiring, fuel line, and fuel vent line are all still secured as I left them last year.  I have not had any intermittent fuel tank sensor readings since the repair to the BNC connector I made last year. 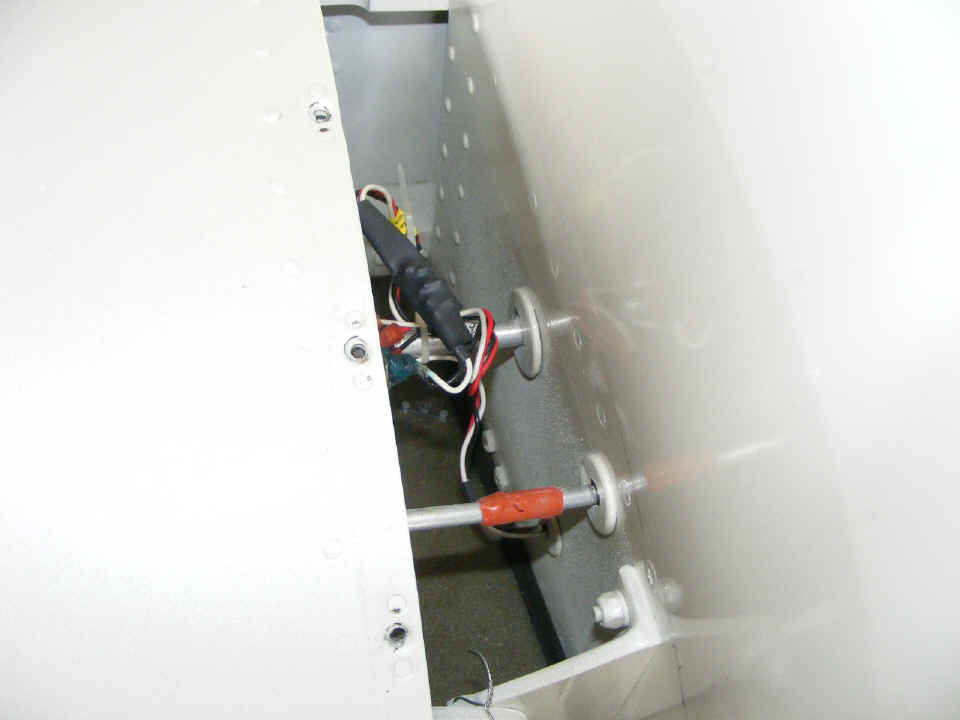 The right wing rear spar is also secured properly with no signs of movement. 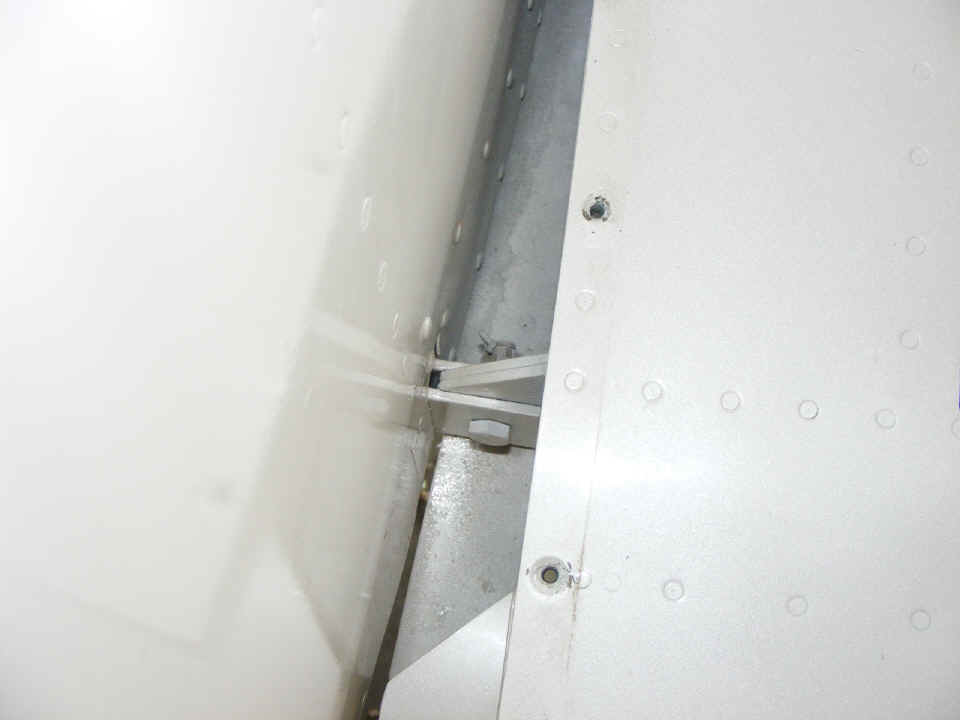