October 15, 2005:  The activity moved inside for a social hour prior to the LOE5 Saturday evening banquet, awards, and raffle drawing for the prizes donated by aviation sponsors from the Van's Air Force website.  CLICK HERE for a complete listing of the sponsors, their donated prizes, and the amount of money raised for the two El Paso area charities that benefitted from LOE5.

Anyone who attended this event who wishes to have their photos sent to them via email in my original 1-megapixel format, please email me at

with the photo file name from the next few pages.  This first indoor photo provides some of the backdrop for the evening's activities inside the War Eagles Museum where our banquet was held at the Dona Ana Airport (5T6). 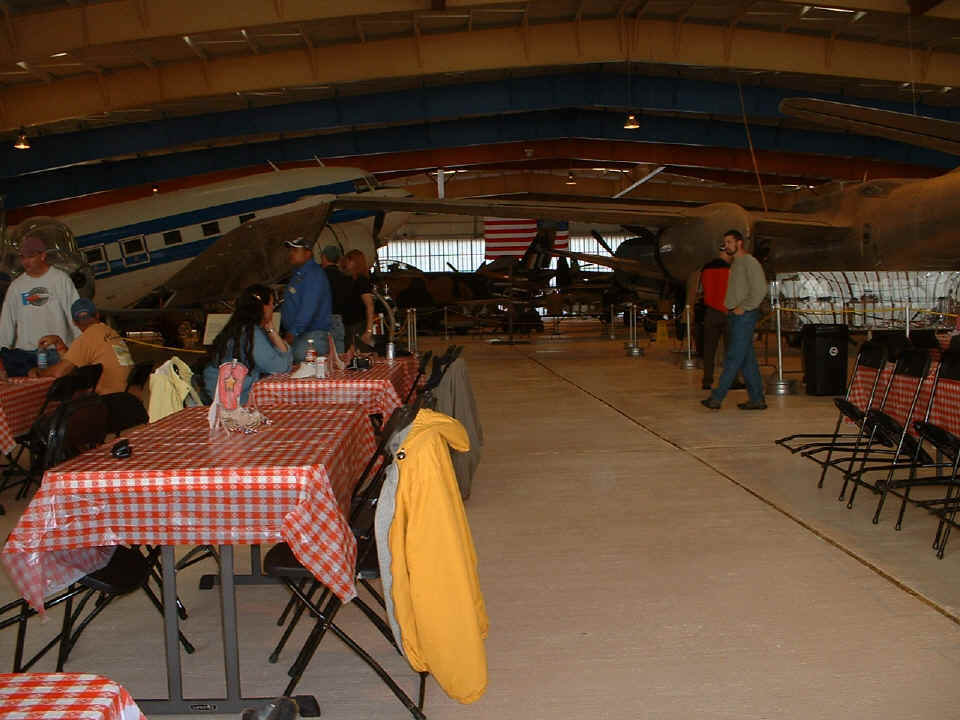 The gathering began before sundown at the south end of the hangar/museum.   Doug Reeves circulates around the banquet area to be sure that everything is going well.  I tried to zoom in on him with this photo and the result is a poor focus.   I may have to invest in a better digital camera. 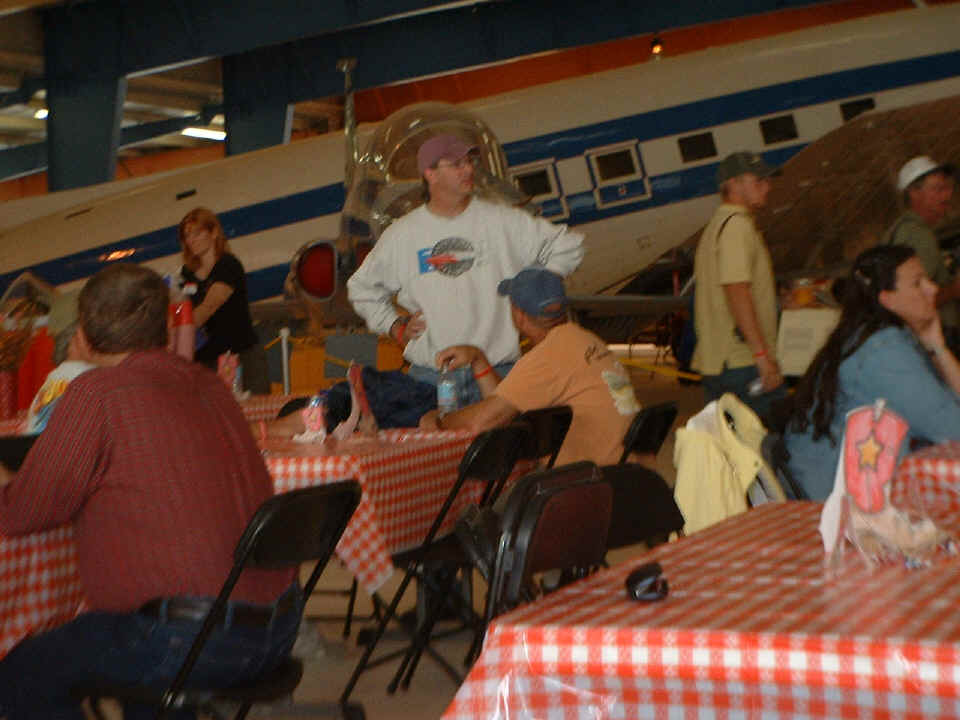 The crowd was thin during the early part of the reception.  The sun was still up and backlighted these two pilots. 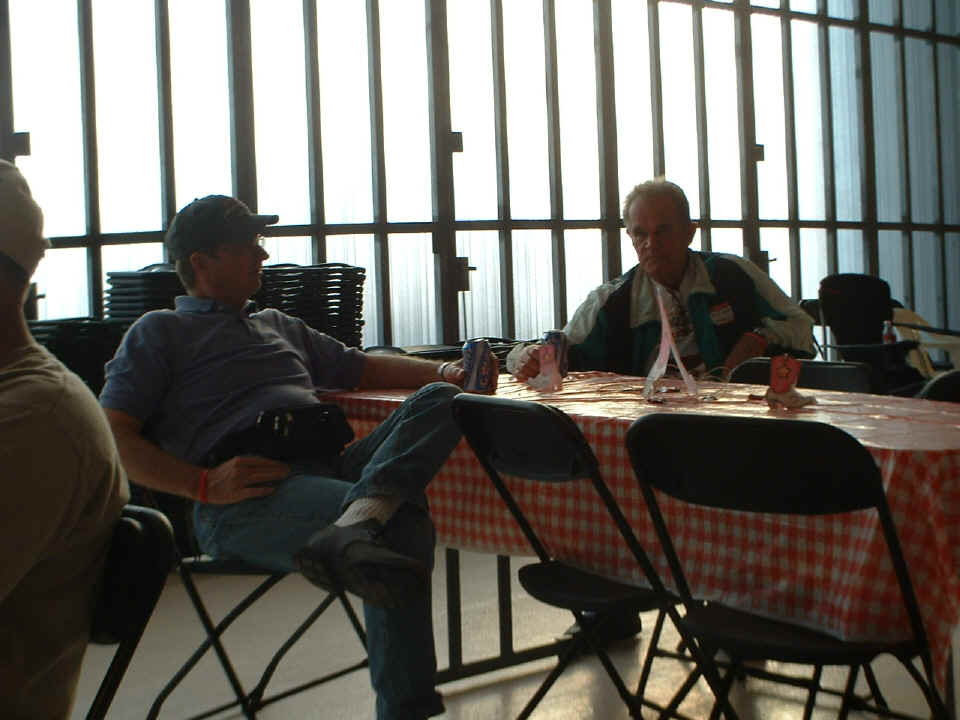 I sat down at the same table with Bob Snedecker and his wife.  Bob's company Fairings-Etc. provides intersection fairings for several different models of Van's Aircraft.  I used them on my RV-9A to save a lot of time and headaches instead of working with raw fiberglass to create all the aerodynamic compound curves around the landing gear legs.  Bob enlightened us with stories about flying in the Cascade Mountains near the Seattle area.   He now lives in Arizona. 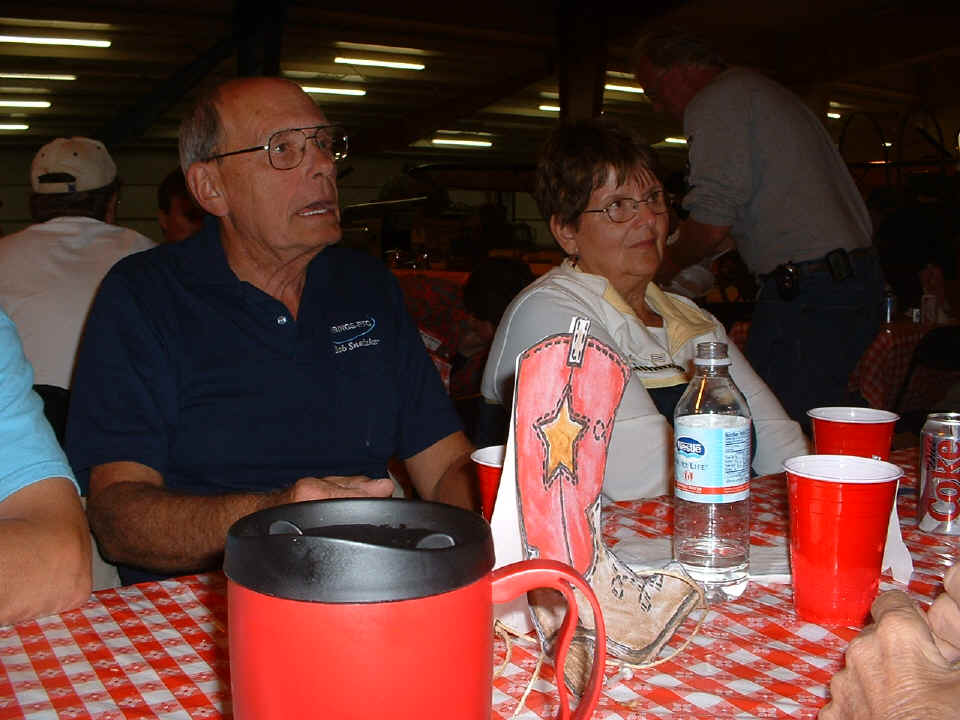 By the time the sun went down, the camera flash fills in the facial details of an earlier pilot photographed and displayed two photos up this page. 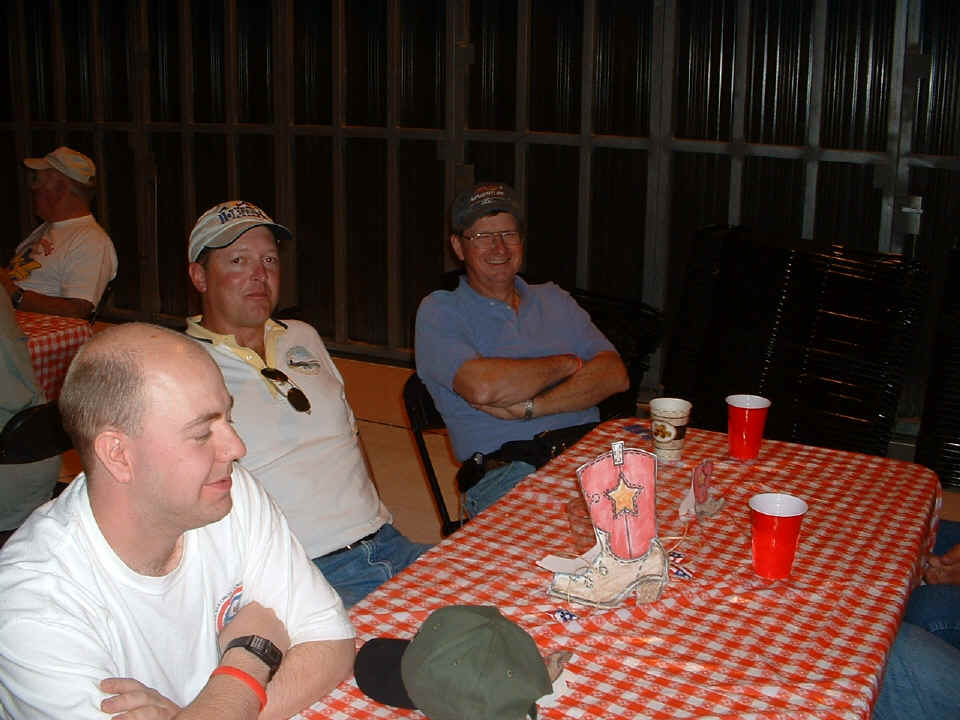 No, that is not a Hollywood character actor you may have seen in so many television shows and movies sitting on the left side of this shot.  Chuck is from San Marcos, Texas.  He has a face similar to Kurtwood Smith, an actor who currently stars in "That 70's Show" on television.  And that guy in the RED SHIRT really is famous, at least at NASA's Jet Propulsion Laboratory.  He is Bob Axsom who has a bio-page posted on the NASA web site at THIS LINK.  Everyone here is a pilot or spouse of a pilot.  I did notice that one RV outside had HER name on the pilot's side of the airplane canopy.  That's a GOOD THING! 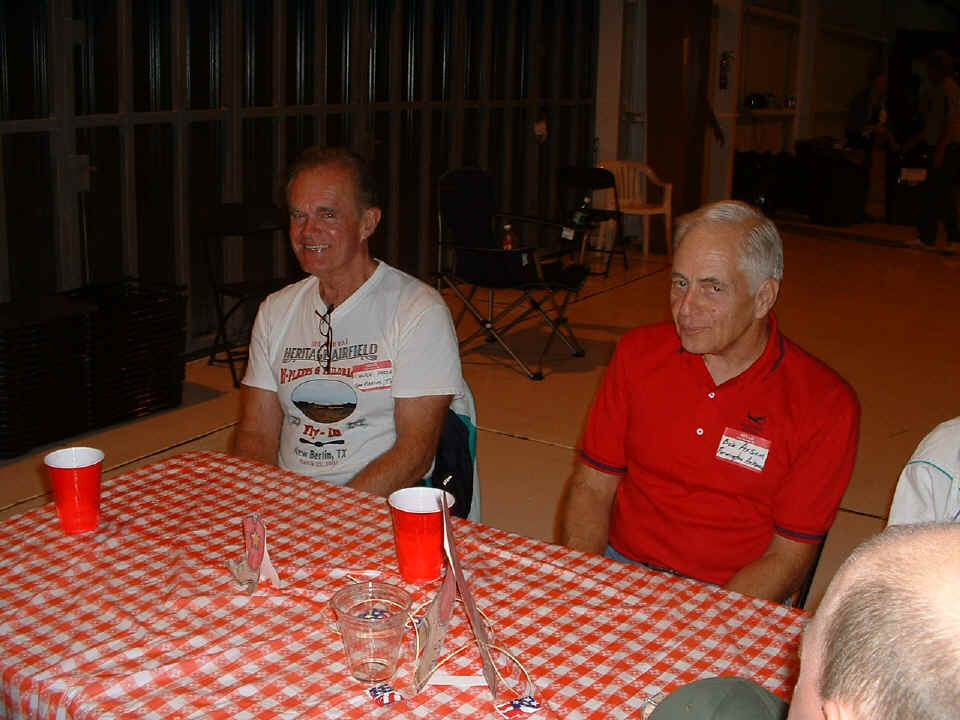 The speaker's podium was located near the southeast corner of the hangar. 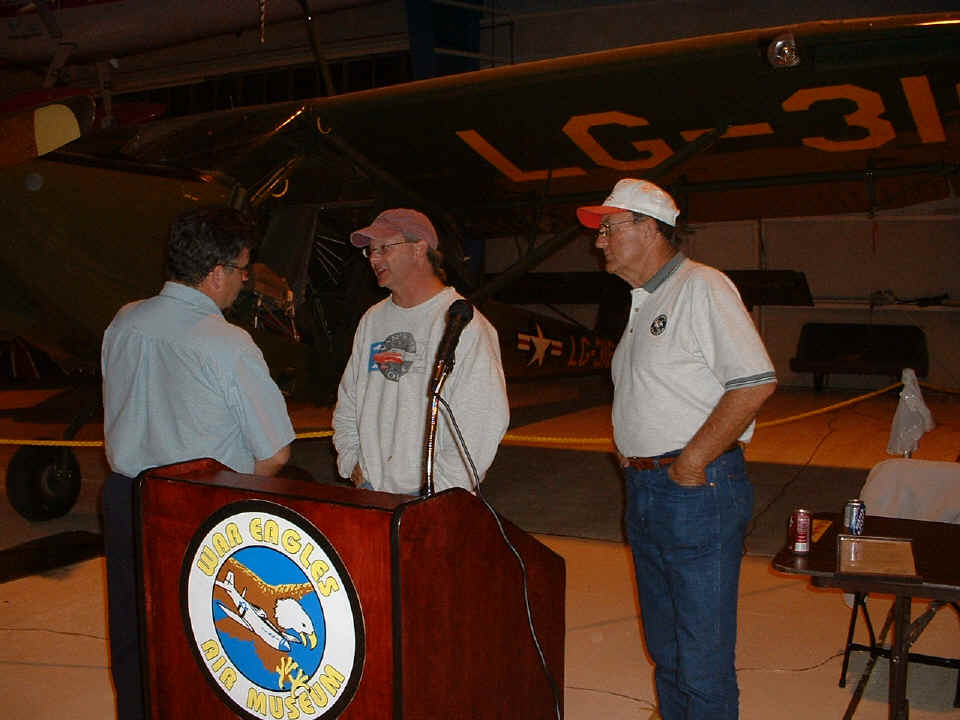 Ken Kruger from Van's Aircraft is engaged in conversation with several pilots during the social hour before dinner. 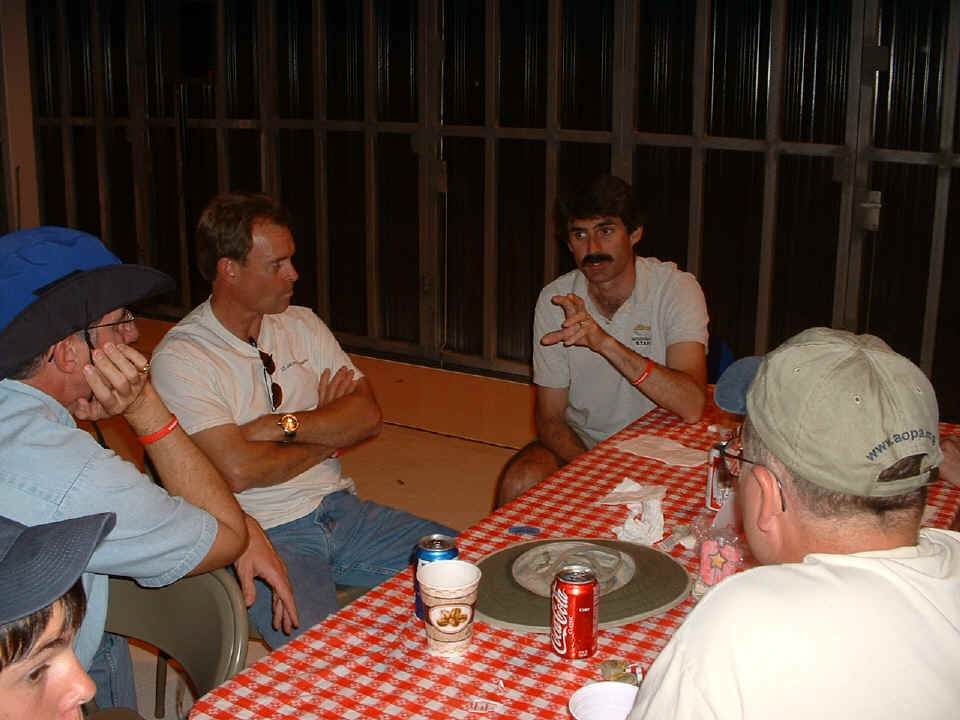