October 14, 2005:  It was flat in West Texas and into southeastern New Mexico.  When you get to the Carlsbad, NM area, things change quickly as you can see in the photo below.  This photo is looking to the southwest showing a junction on US 62 called Whites City.  The road going to the right side of the photo is state route 7 and leads up into the hills to the visitor center at Carlsbad Caverns National Park. 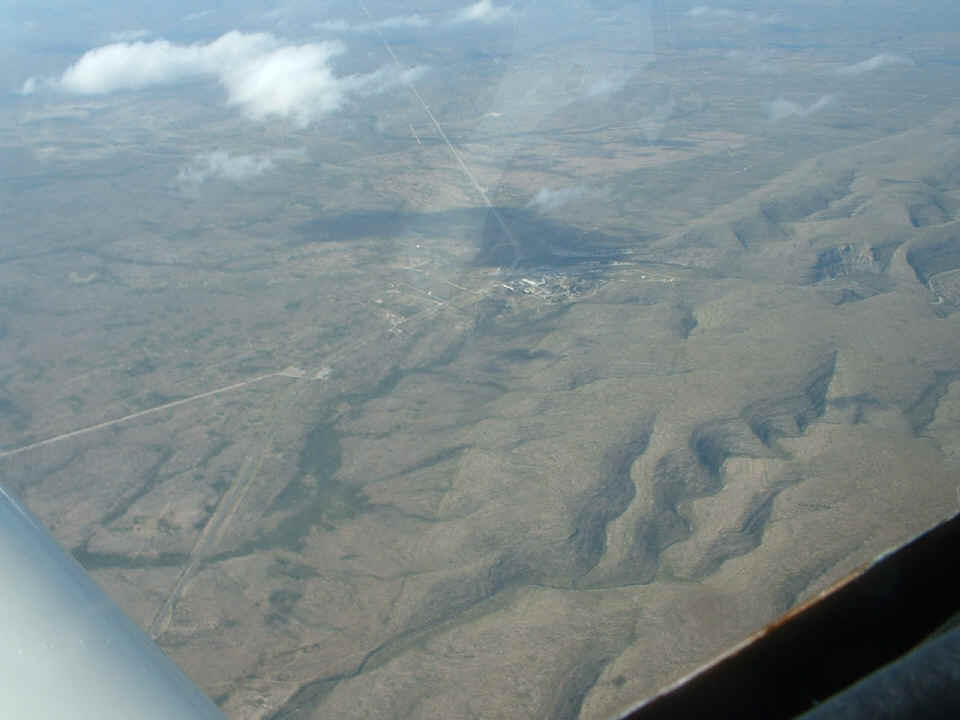 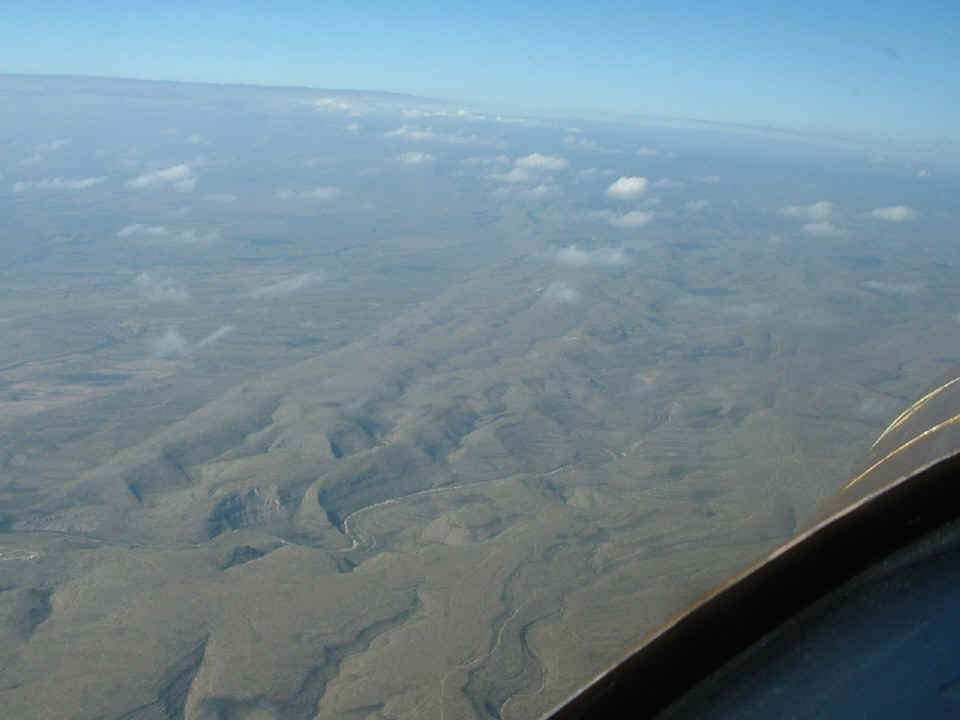 The Carlsbad Caverns visitor center sits on the ridge line about 1400 feet above the plains to the East.  When you visit the caverns, there is a 3-mile walk down into the cave.  At the end of the tour, you ride an elevator up through solid rock to the welcome center. 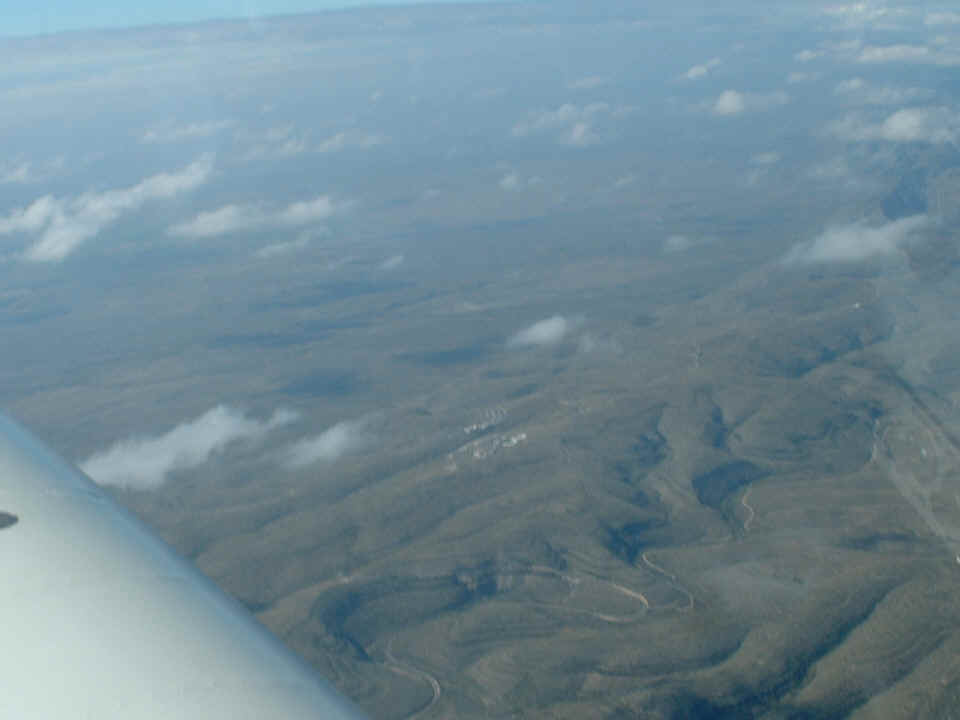 This map shows the ride from Andrews to the El Paso area.  You can see where we did a little turn around a point HIGH over the park area looking for a specific cave location.  That waypoint had been published on an RV web site by a pilot who lives in this area.  The reason we had to fly down in West Texas is due to all the restricted airspace for the White Sands Missle Range.  We stayed near the Texas/New Mexico state line since the weather to the south of us was cloudy and raining in that area.  The weather on Sunday for the trip back to the East is expected to be beautiful again. 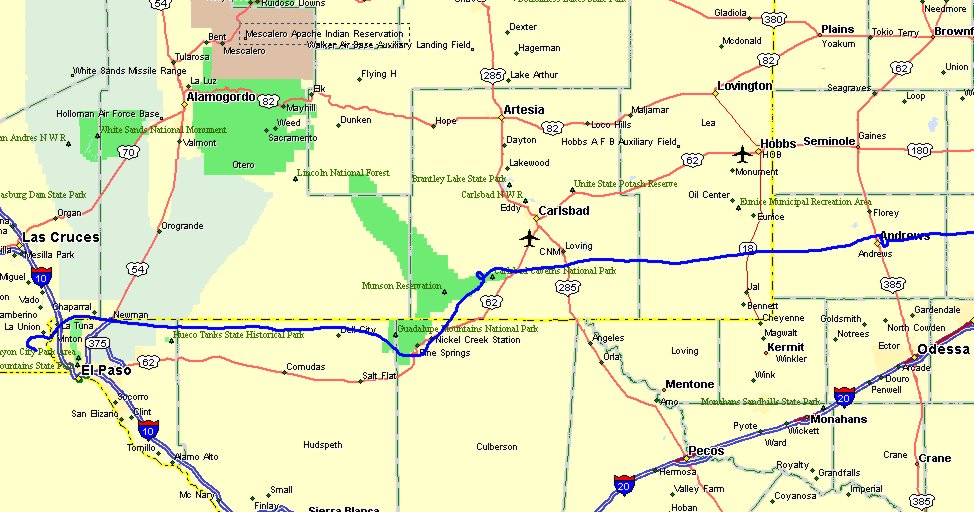 The total flight distance from Fort Worth to El Paso was 610 miles today.  The last leg from Andrews, Texas to the Dona Anna Airport was about 267 miles.  The fuel onboard the airplane can easily get us back to Andrews on our way toward home.

This was the worst cloud cover we encountered on the way to El Paso.   These clouds were at the south end of the Guadalupe Mountain Range as shown in the map above.  I reminded Rob that those clouds on the right were "Cumulo-Granite" clouds (filled with solid rock). 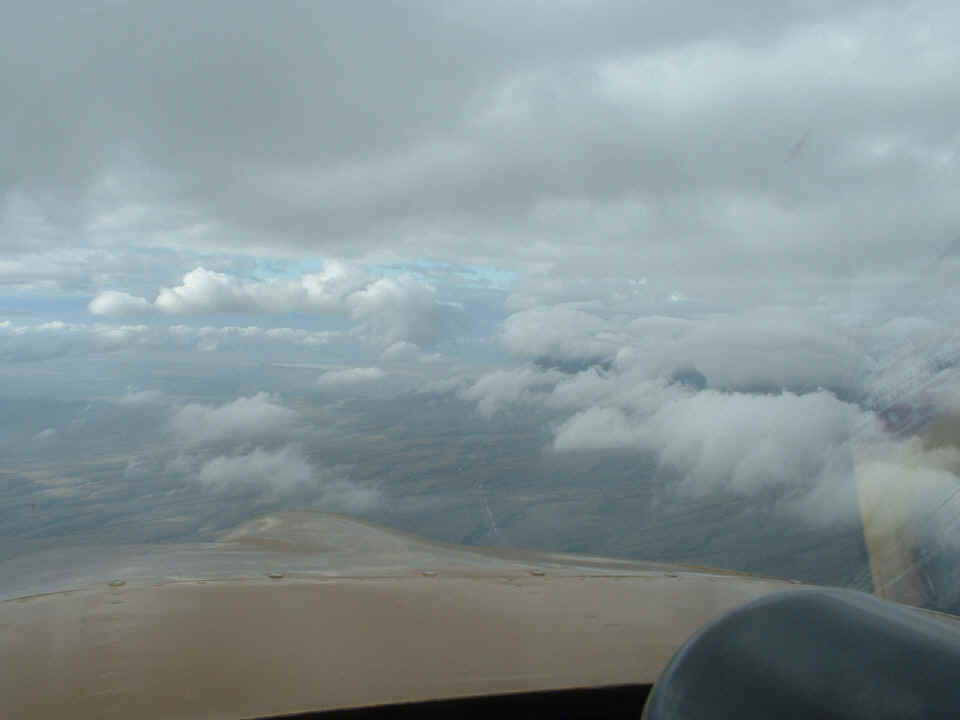 The south face of this range is clearly visible to motorists on US 62.  We had to dive under some of these clouds rather than try to fly through that gap in the clouds near the mountain. 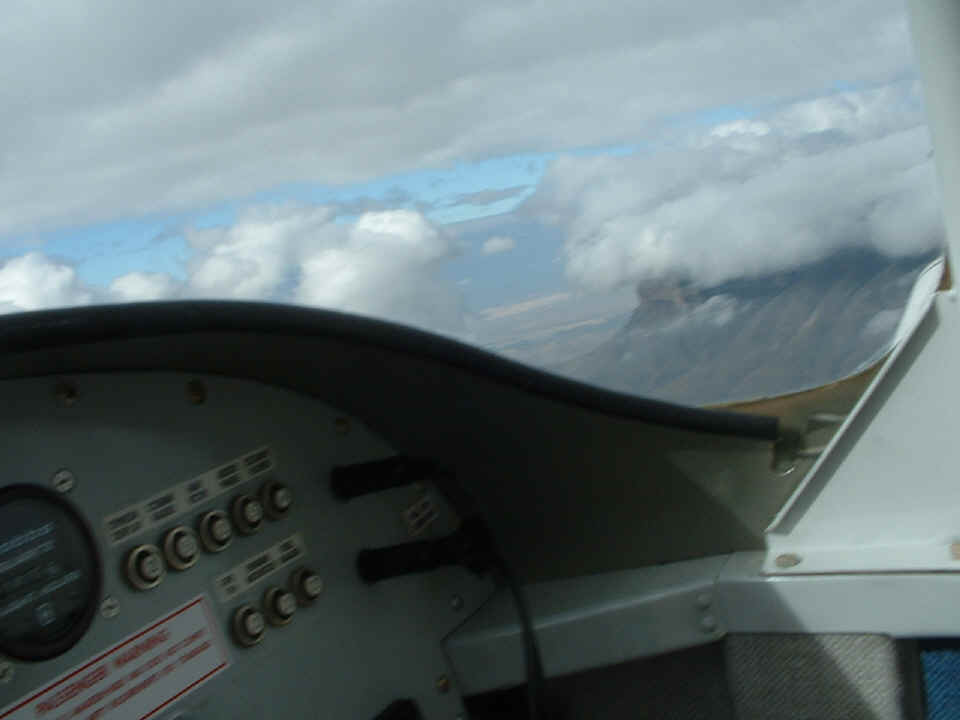 Rob Reece probably got better pictures than I did.  I will see if I can get some photos from him tomorrow to post here.  This photo below shows the El Paso airport area East of the Franklin Mountains at the right edge of the picture.  We were down low about 1000 feet above the ground to get under the bad weather that was threatening the area for the first half of the day. 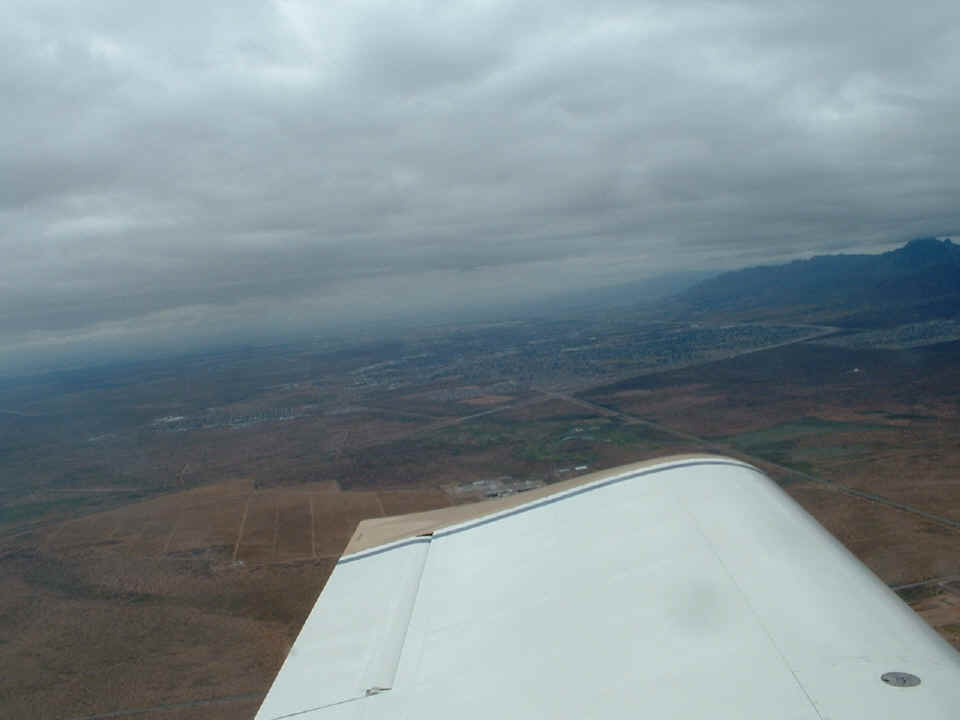 Speaking of the Franklin Mountains, here they are!  You can see that the clouds were down to the level of the taller peaks.  We flew through Anthony Gap which is just to the right of the area shown in this photo.  We had a 20 MPH tail wind as we flew through this area.  When we got to the other side of these mountains, we encountered some turbulence rolling over the mountains resulting from the winds.   That straight highway running across the photo is US 54 which starts here in El Paso and goes North and East to Illinois. 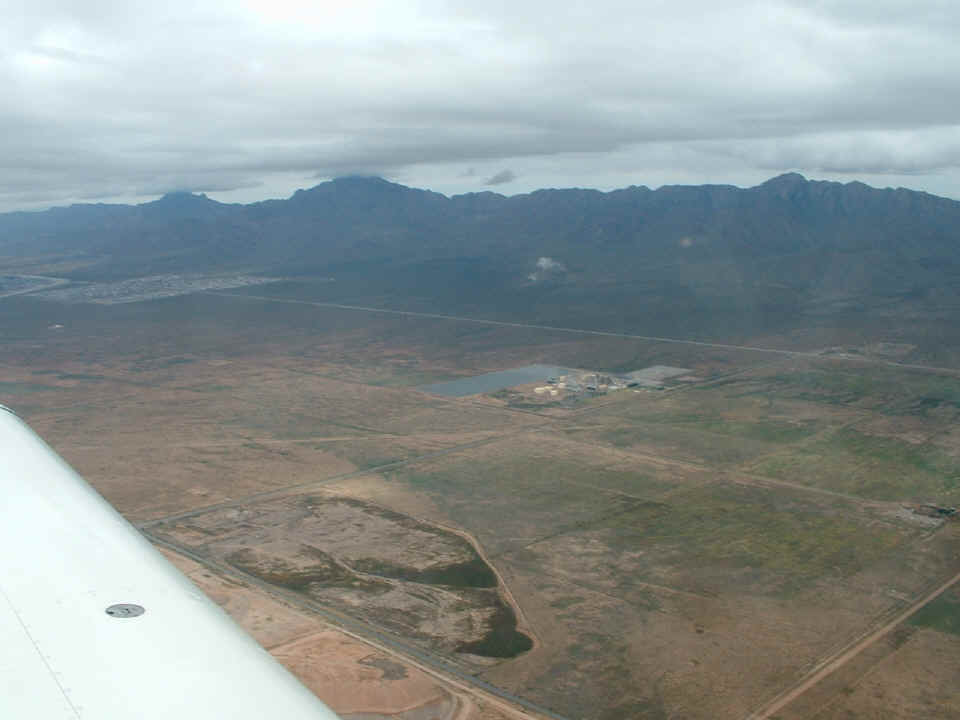