July 31, 2005:  I took out my movie camera to take some shots of the weather around me since I was in smooth air and all alone cruising at 12,500 MSL.  This video frame shows the weather off my right wing is not a problem. 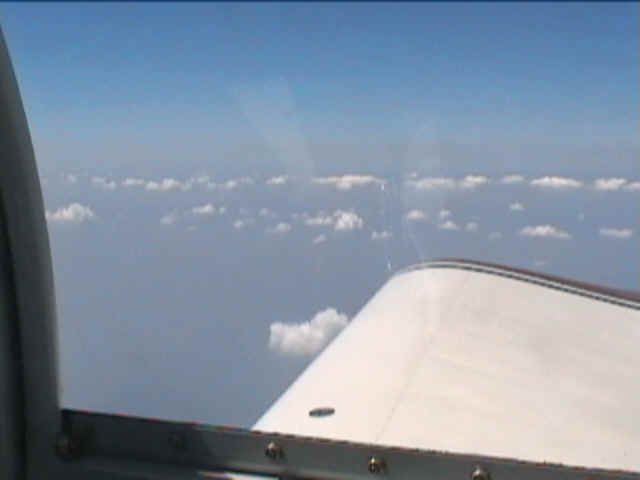 There is definitely some building weather out in front of the airplane.   But the clouds are lower in the distance. 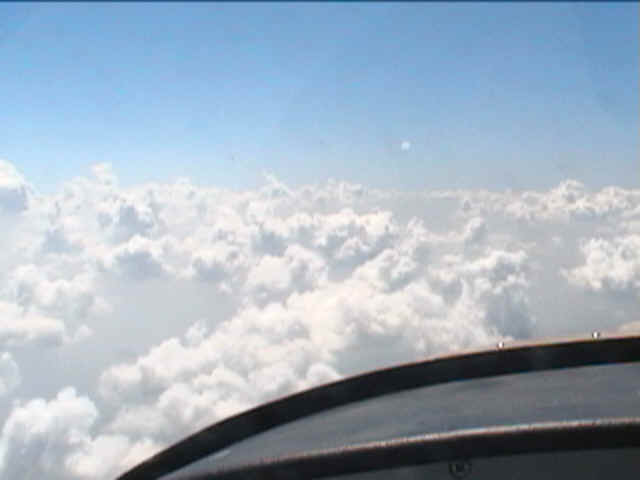 The weather is definitely creating some higher cloud buildups off my left wing (south). 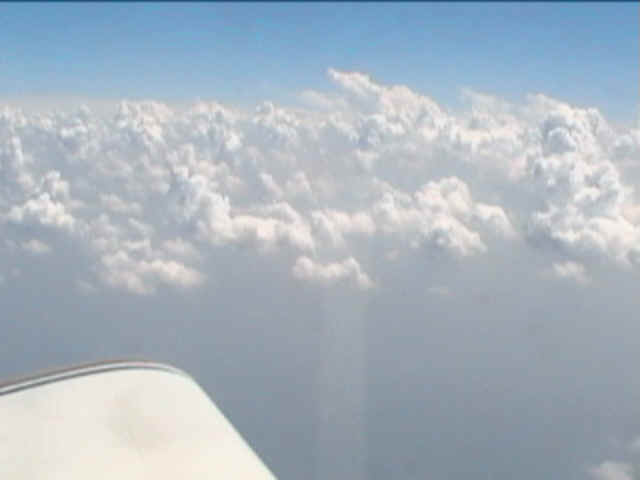 The GPS tells the story of a tailwind pushing me along while I am still heading for Cincinnati.  It is 2:49 PM Eastern Time as my heading is shown at 247 degrees magnetic and a ground speed of 174 MPH.  The fuel flow is around SIX gallons per hour with the engine turning at 2330 RPM.  The highest cylinder head temperature (CHT) is 367 degrees F.  The hottest exhaust gas temperature (EGT) is 1347 degrees F. 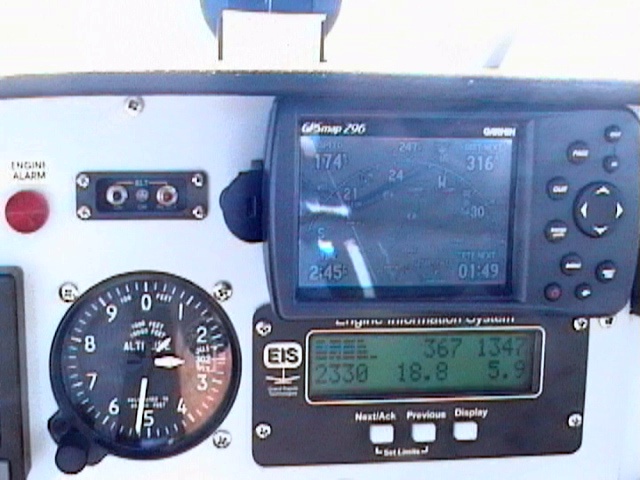 The weather finally allowed me to turn south near Parkersburg, West Virginia and fly parallel to the weather front off my left wing with a good safe margin away from the line of storms and the turbulence that is associated with them.  This was one of the first clouds I passed that was above my 12,500-foot cruising altitude. 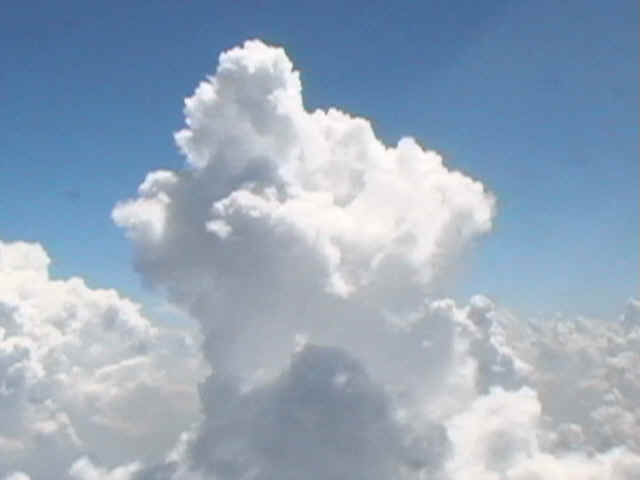 I started to see more weather building up not too long after this shot.   At that point I was listening to other pilots talking with flight service. 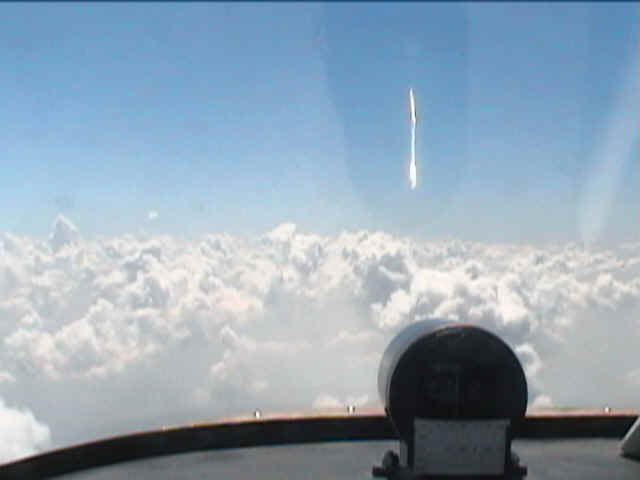 When I reached the area around Hazard, Kentucky I was talking with Louisville flight service about the weather along my intended route.  He suggested I divert toward London, KY before attempting the flight south toward Chattanooga.  I contacted Knoxville approach as I passed London and started down in altitude while proceeding directly toward Kingston, Tennessee.  Knoxville radar showed some heavy rain East of Chattanooga moving slowly toward the west.  The race was on to get home before the rain blocked my route.  I got under the clouds in the hazy VFR conditions that were directly over the Tennessee River Valley.  I passed the Watts Bar Dam and changed to Chattanooga approach frequency to see if I could get any more information about the rain down that way.  When I passed Dayton, TN it was obvious that Collegedale was getting heavy rain.  The Dallas Bay Airport was in the sunshine and I needed fuel.  I made the landing on runway 5 and filled up the tanks with 28.3 gallons of 100LL fuel.   I had flown over 770 statute miles with two takeoffs and landings and had 7.7 gallons still in the tanks.  If I had bypassed Dallas Bay and gone to my home field, I could have been very low on gas trying to fly back to Collegedale for fuel.

By sundown on Sunday, July 31st, Enterprise was back at home with the Cessna 182 and Aeronca Champ that Wendell keeps in his hangar near Chickamauga, Georgia.   The GPS ground track that I downloaded into my computer indicated a total of 3722.3 miles passed under her wings.  The total fuel purchased during the trip was 152.94 gallons at an average cost of $2.93 per gallon.  I started with full fuel when I left Collegedale Airport on Sunday, July 24th.  Only the receipts for fuel purchased during the trip and the last fill up at Dallas Bay Skypark just north of Chattanooga were considered.  The fuel burned is estimated at FIVE gallons for the short local flights from my home field to Collegedale on July 24th and from Dallas Bay back to my home field when I returned on July 31.  When the five gallons of local fuel burn is used with the GPS ground track of 3,722.3 miles, the fuel economy for the total trip is just slightly over 23.5 miles per gallon of fuel.  That matches what I had measured during my phase one tests. 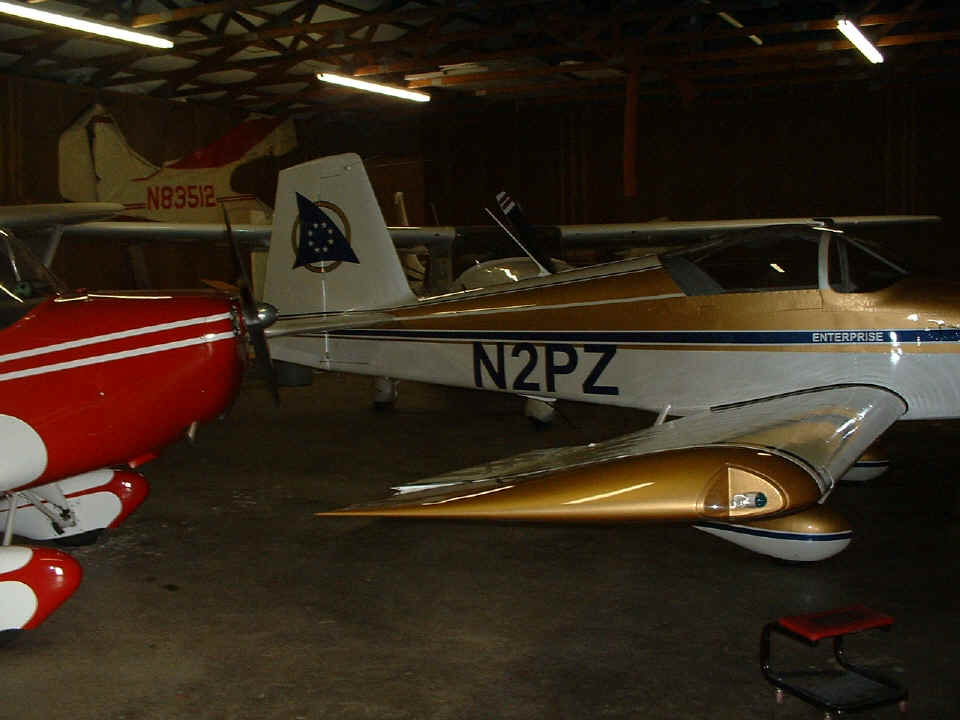