Why are firewall forward and wiring linked together?  After putting that battery on the firewall, there has to be something connected to it.  The first thing going in that needs electricity is the radar transponder.  So you will see virtually every thing else I do in this section of the web site until I take the airplane to the airport for final assembly and flight testing.

August 22, 2004:  It is time to put the tray for the radar transponder in the panel.  Here are the results after putting in a few rivets and some platenuts to secure the tray to the side panels.  I had to use my Dremel tool to grind a little bit of clearance for the locking tab that holds the unit firmly in the tray. 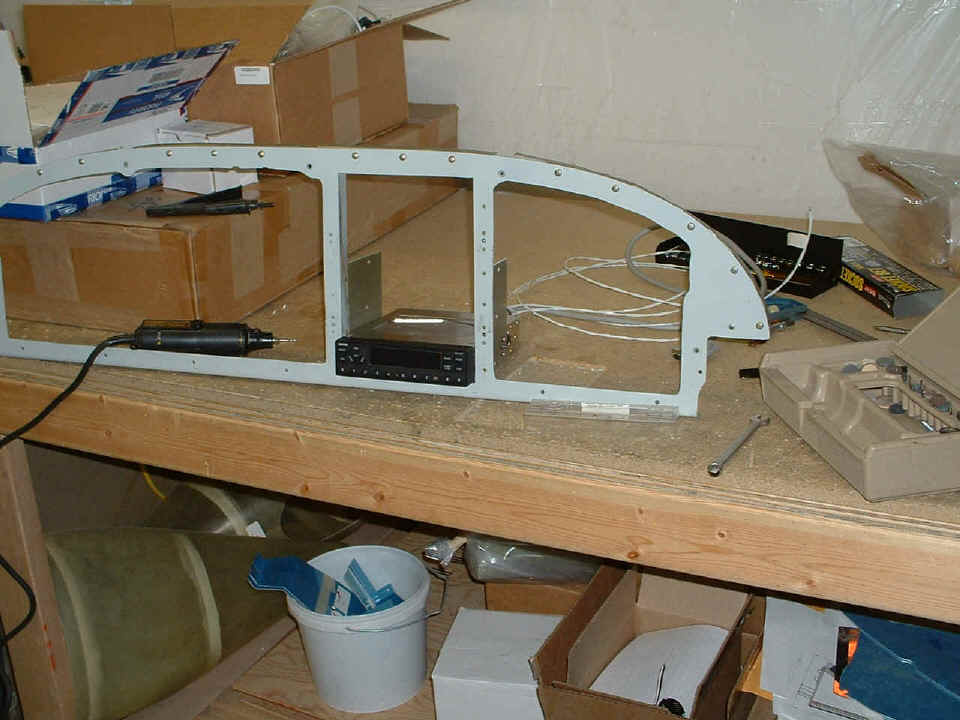 Here is a side-view showing the #6 platenut and screw that holds the rear of the mounting tray secure.  I think I will go ahead and put a second rivet in each side of the panel and the forward mounting rail near the top of the side panel.   These are #4 flat head rivets with the flush heads on the inside of the rails.   You are seeing the shop heads on this side.  I used my rivet squeezer to put these rivets in place. 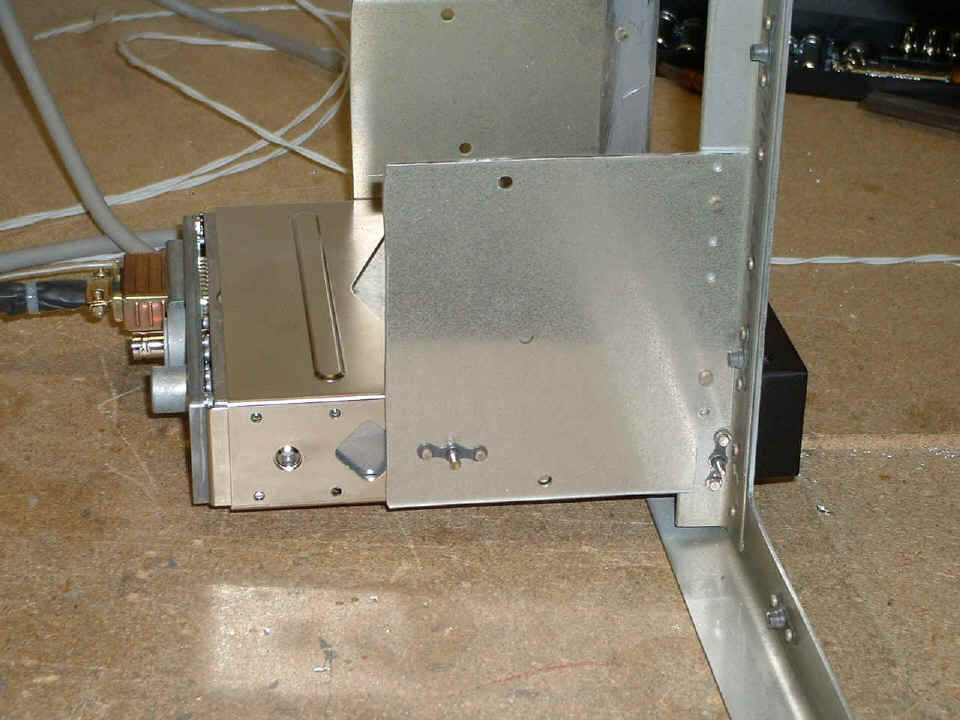 This photo shows a little of the notch I cut with my Dremel rotary file under the center of the transponder.  This was to allow the locking tab to clear the instrument panel front face.  You can see where I have scratched the paint when I had the frame clamped in my vice mounting the second rail and the transponder mounting tray. 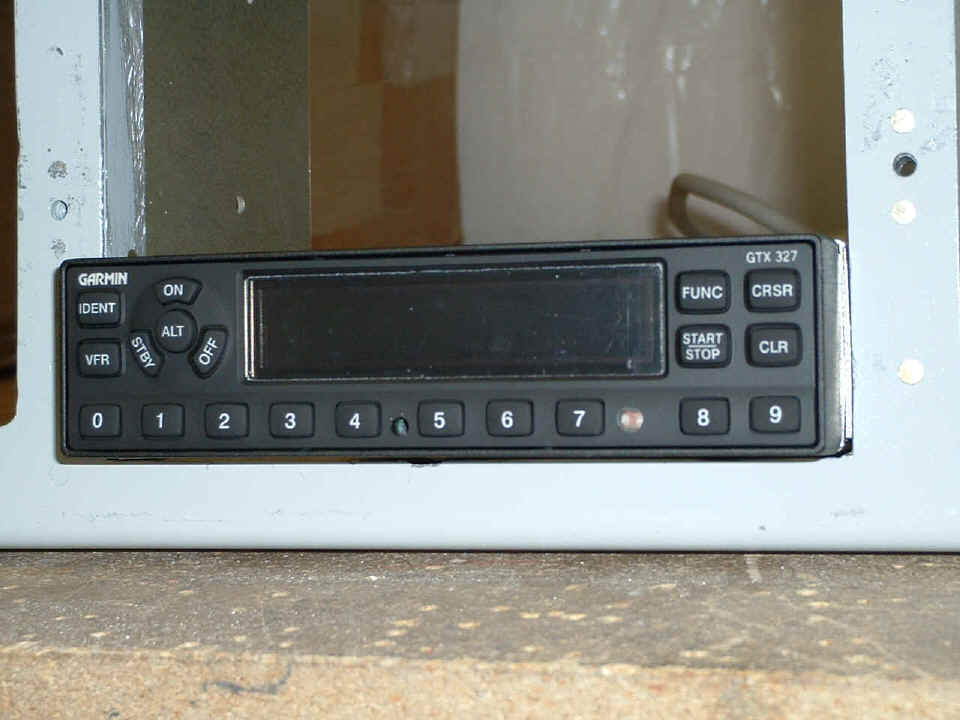 Without the transponder in place, the grinding is easier to see.  I actually took out just a bit more of the front panel at this location after I took this photograph. 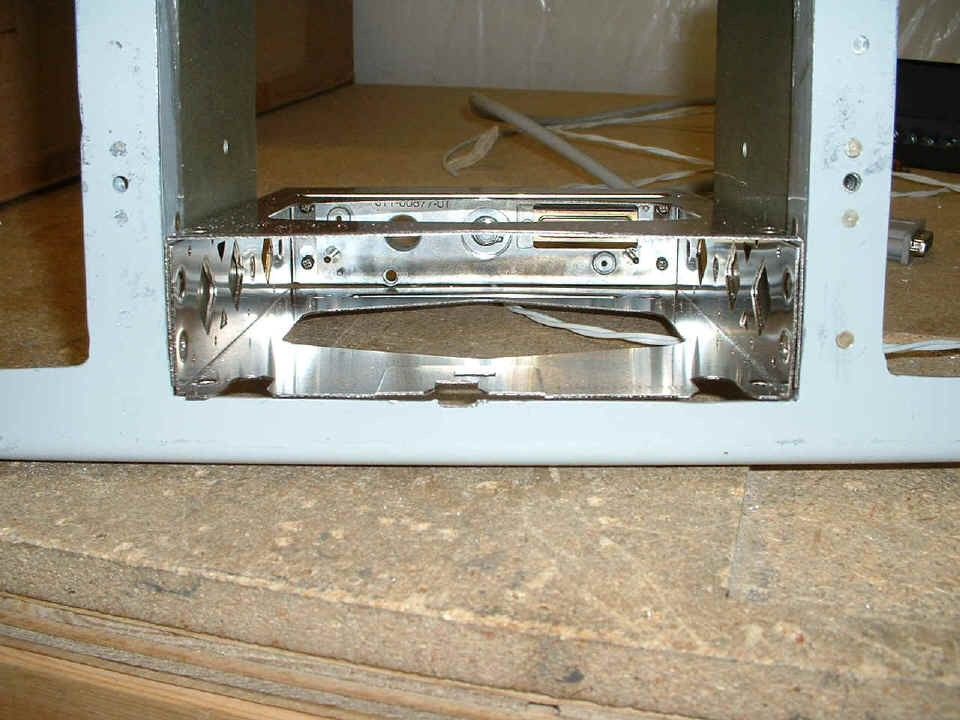 So what next?  The thought occurred to me "How much remaining space do I have in this radio stack?"  The answer is about 5.25 inches above the transponder.  No, that was not planned, it just happened that way. 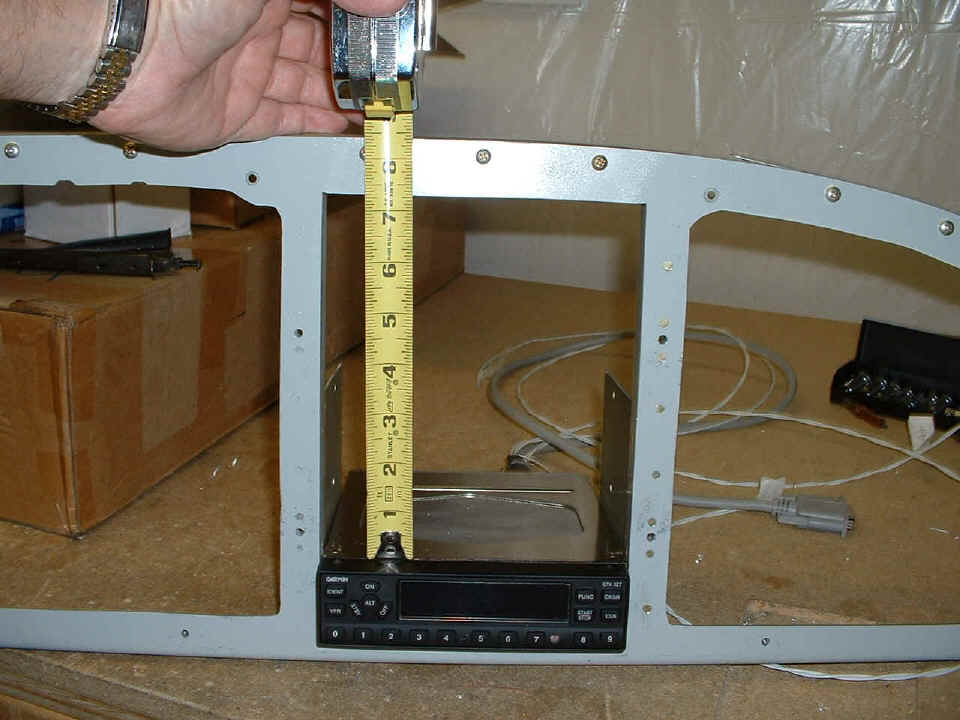 Now to get this thing back where it belongs.  After some drilling on the sub-panels behind the instrument panel, then some hand-nibbling, filing, and sanding the edges with my Dremel sanding drum, I have restored the two main panels to the instrument frame to be sure that everything fits in the proper places.  Notice that the two panels are secured with all the mounting screws.  The GPS 196 is not there of course, and the Dynon unit won't be here for several more weeks.  Now that I am satisfied that the Garmin GTX-327 transponder fits in its place at the bottom of the "stack", I can start planning to remove all the instruments from the left sub-panel to put in the other items as they arrive. 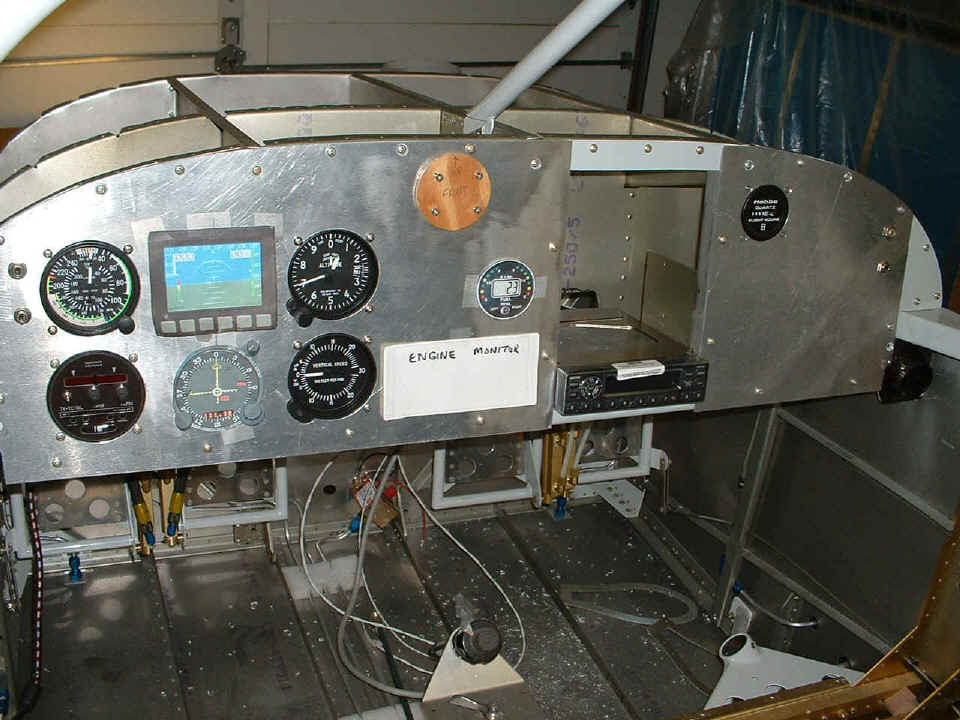 I found some add-on instrument lighting rings at OSH this year.  I have to see about getting some of those on order.  I really want to put that engine monitor in before I do much of anything else.  Of course, if I mess this panel up, there is still enough of that "men working" aluminum road sign remaining to build at least two more panels.

And here is a look behind the panel showing the clearance hole I had to cut in the back panel.  That is the BNC antenna connection near this side of the access hole.  The connection to/from the blind encoder is the 15-pin "D-connector" that is just a bit further away from the camera.  And yes, when the two instrument panels are removed from the frame, I will be able to put in those two extra rivets I mentioned in the side panels securing the radio stack trays.  And no, I don't plan on putting any more #6 platenuts through the side panels and any other trays that stack on top of the transponder tray.  I will probably just put the one at the front rail that would go through the side panel, or just drill a clearance hole and use flat-head #6 screws, a nut and washer on the back side of the stack rails to keep the add-on trays in place. 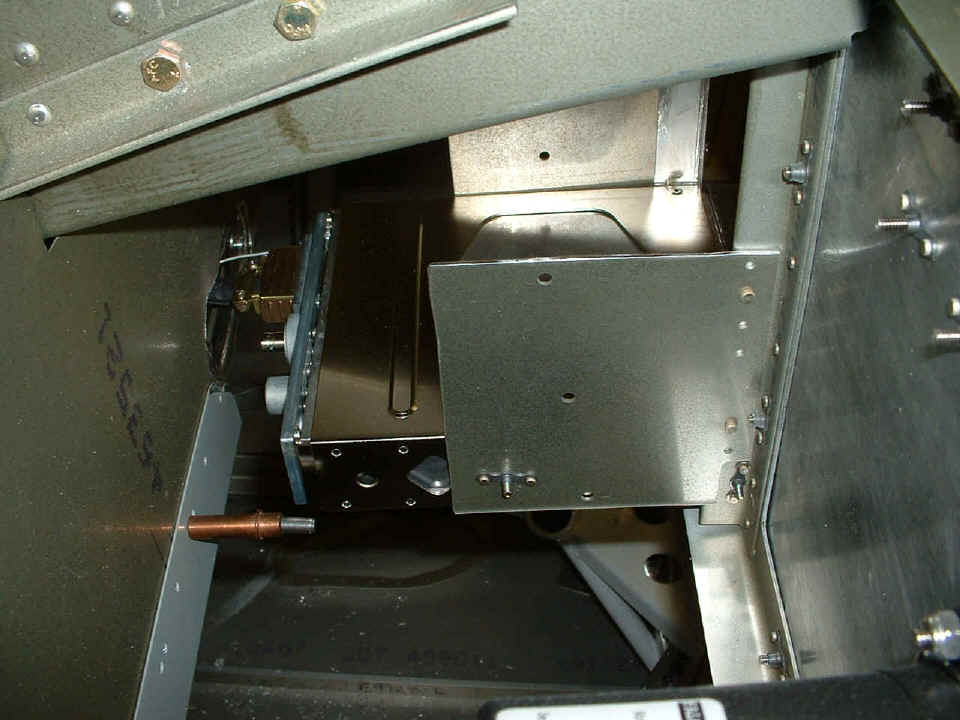 The total work time on the aircraft now stands at 1173.0 hours.