September 7, 2009: The fun in the playroom is getting warmed up before lunch.  Katie has just turned up some music on the boom box CD player.  This shot catches her in a skipping movement.  I made a paper airplane which is on the floor in front of her. 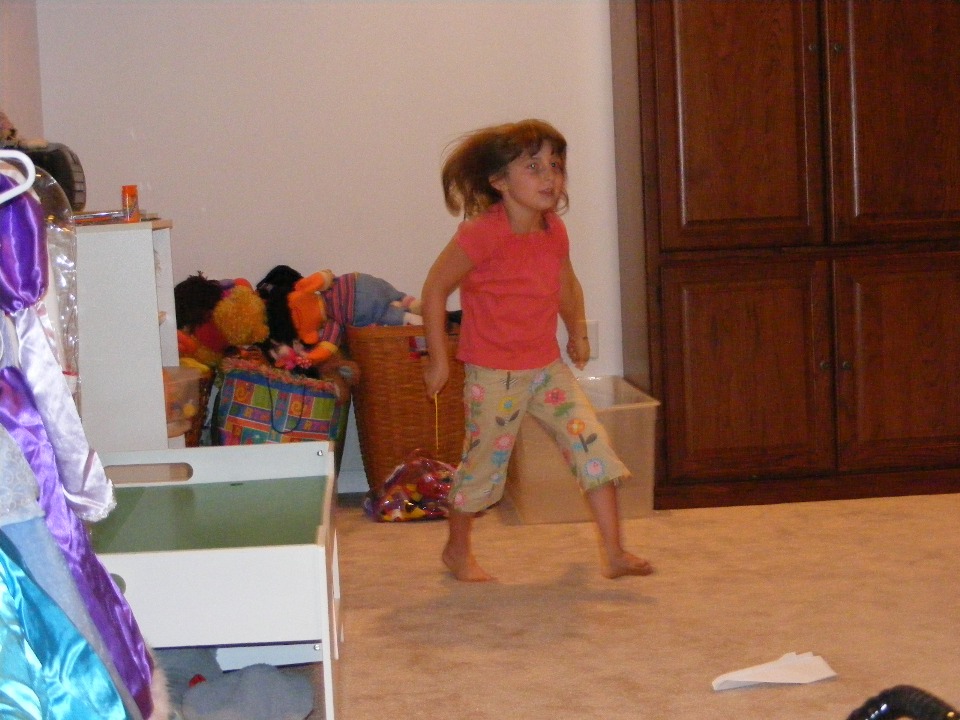 She gets some help from dad to get an orange hair piece attached. 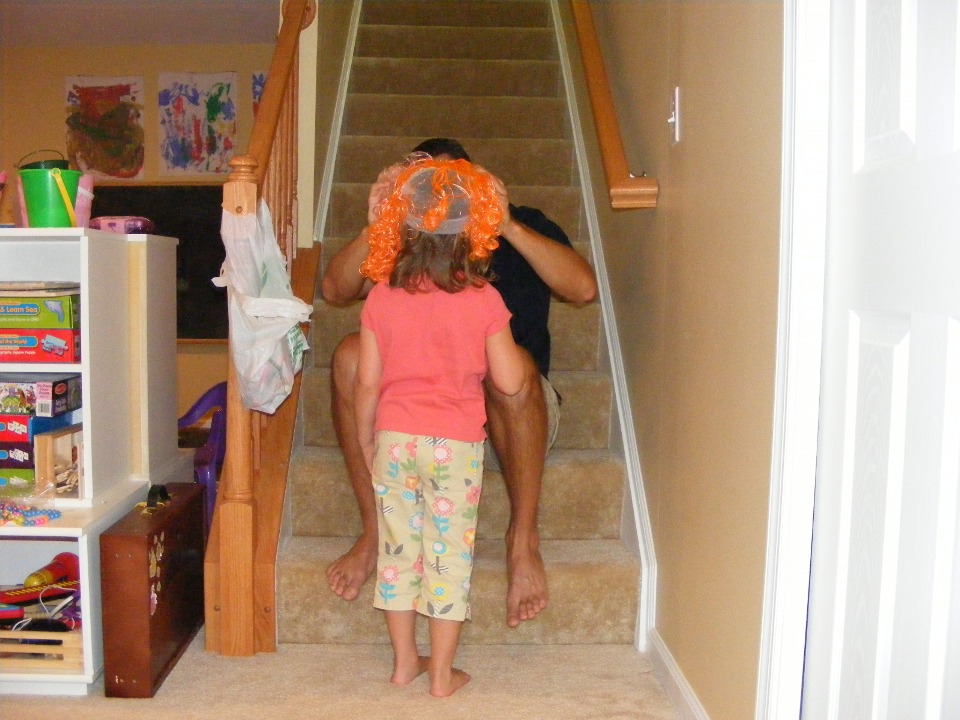 I guess it is getting to be "silly time" in the playroom.  The smile on dad's face says so much more than words. 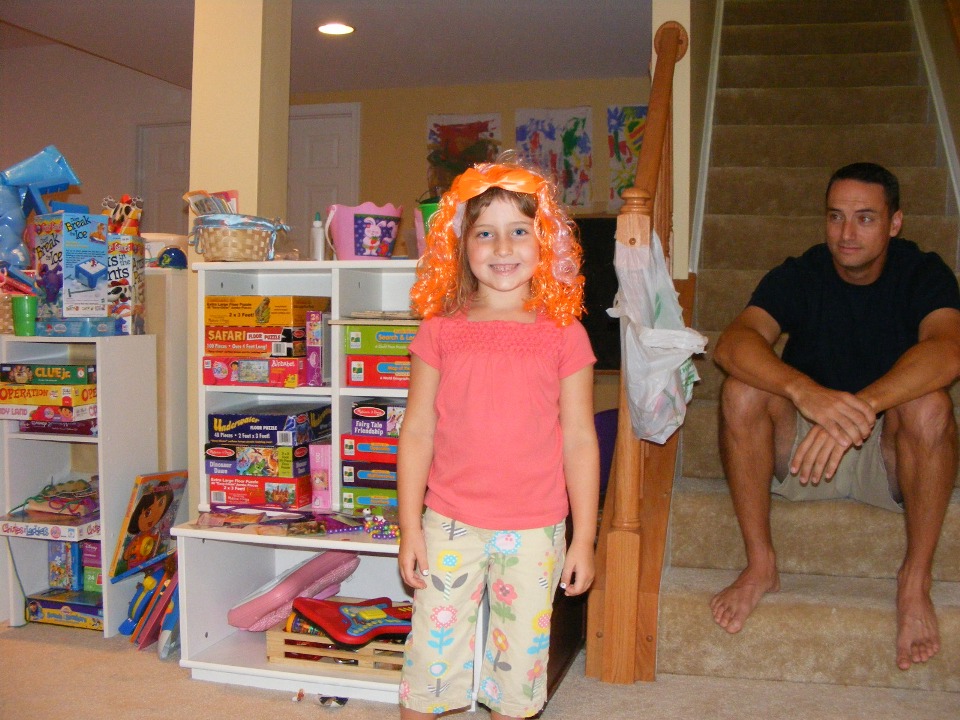 Yet, when I ask her for a close-up photo, she gives this dead-pan expression, but those beatiful blue eyes do so much for her grandfather (me). 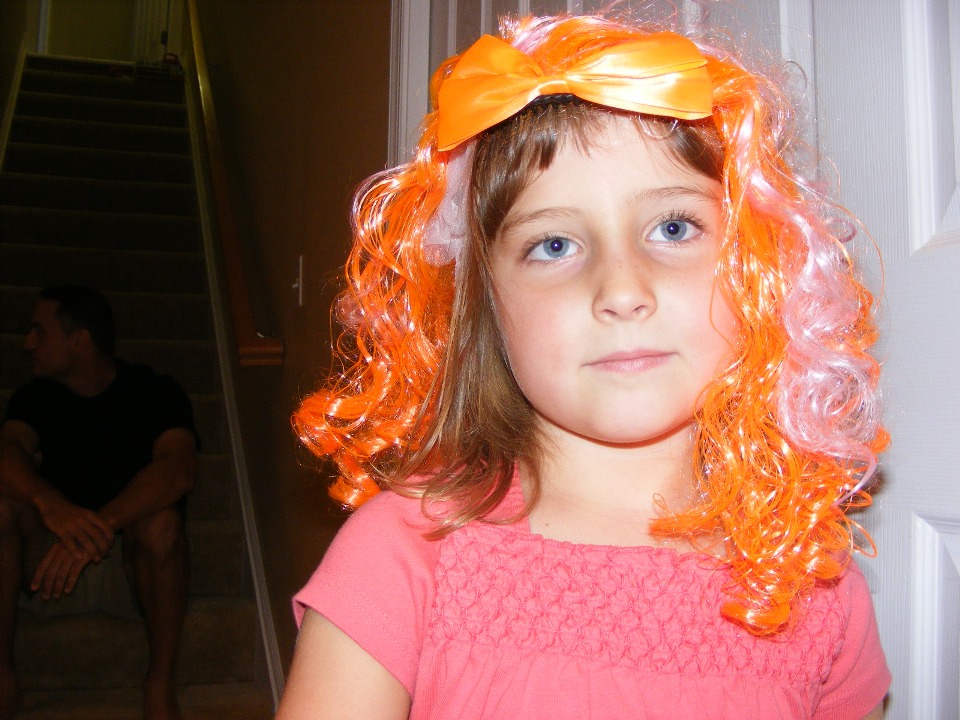 Before you know it, Katie is turning cartwheels across the carpeted floor of the playroom.  My digital camera is a bit slow to fire the flash and I don't quite get the photo I really want. 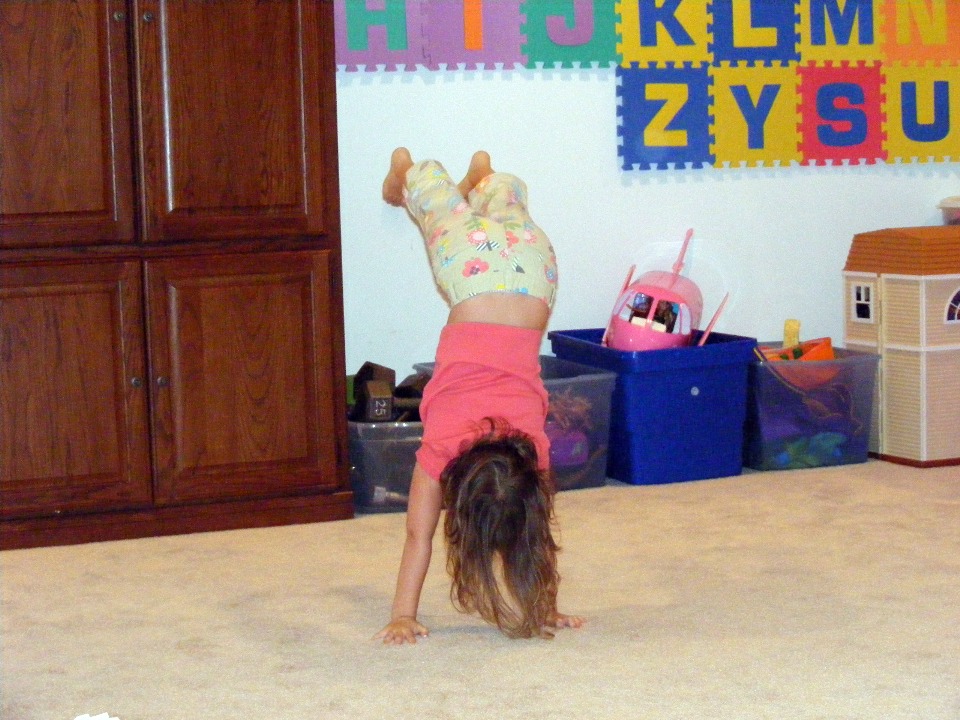 Here is a shot where I pushed the button when her feet were straight up, but you see she had come down to the floor before the flash and shutter captured this photo. 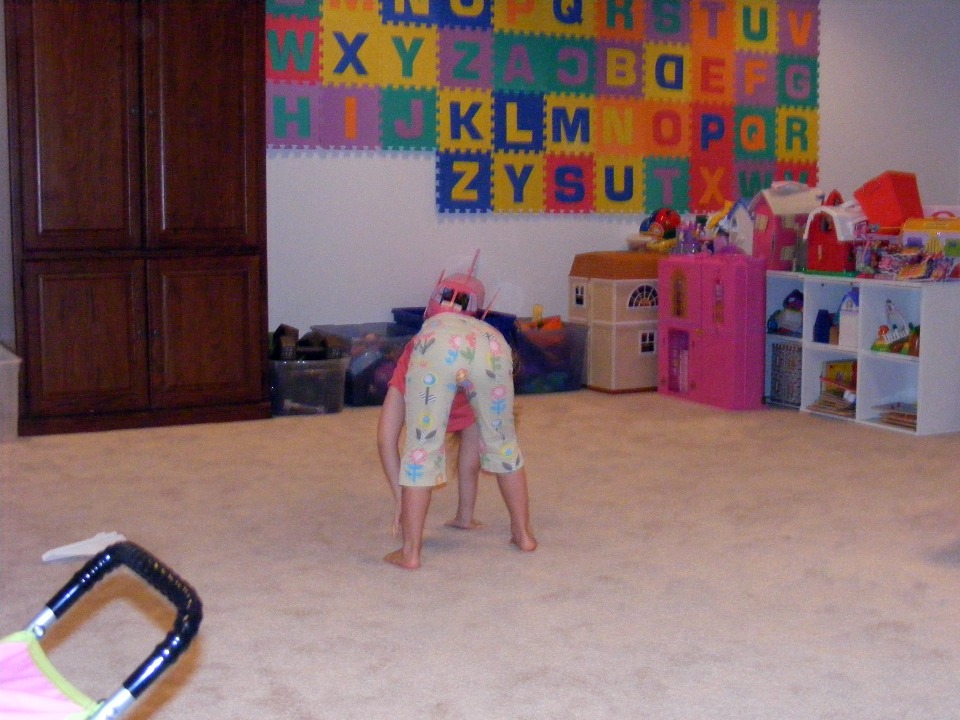 Now Megan comes over to where the action is, but I still cannot get the photo timed correctly.  Katie is rolling out of the cartwheel with her hair coming up as she prepares to stand up after another cartwheel. 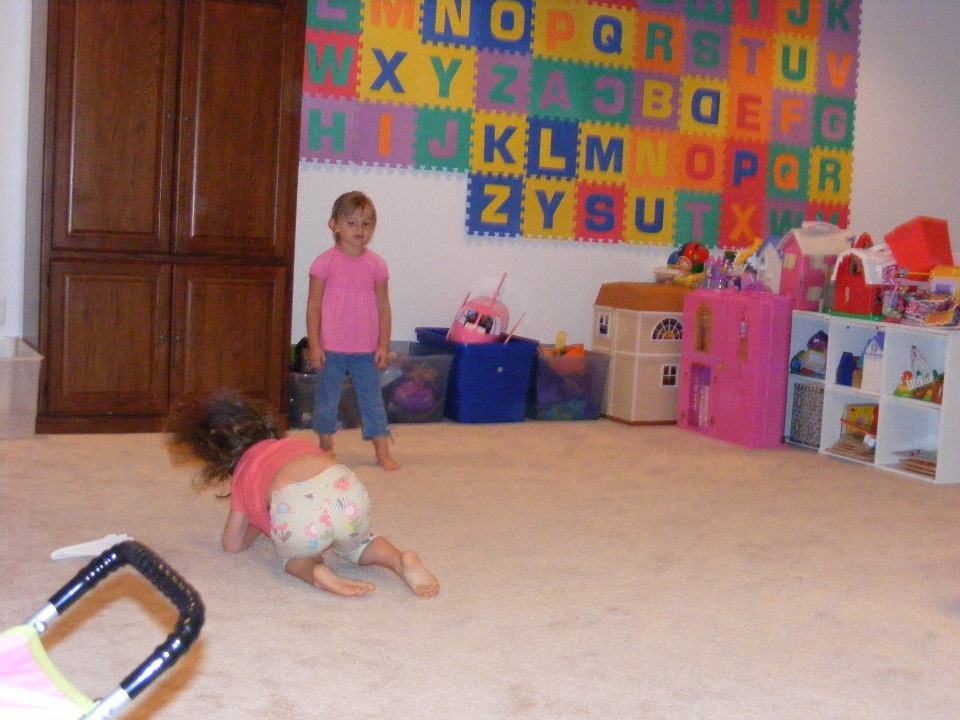 Shall we try it one more time?  I can just hear Megan in 10 years asking me to take off that old photo with her eyes shut. 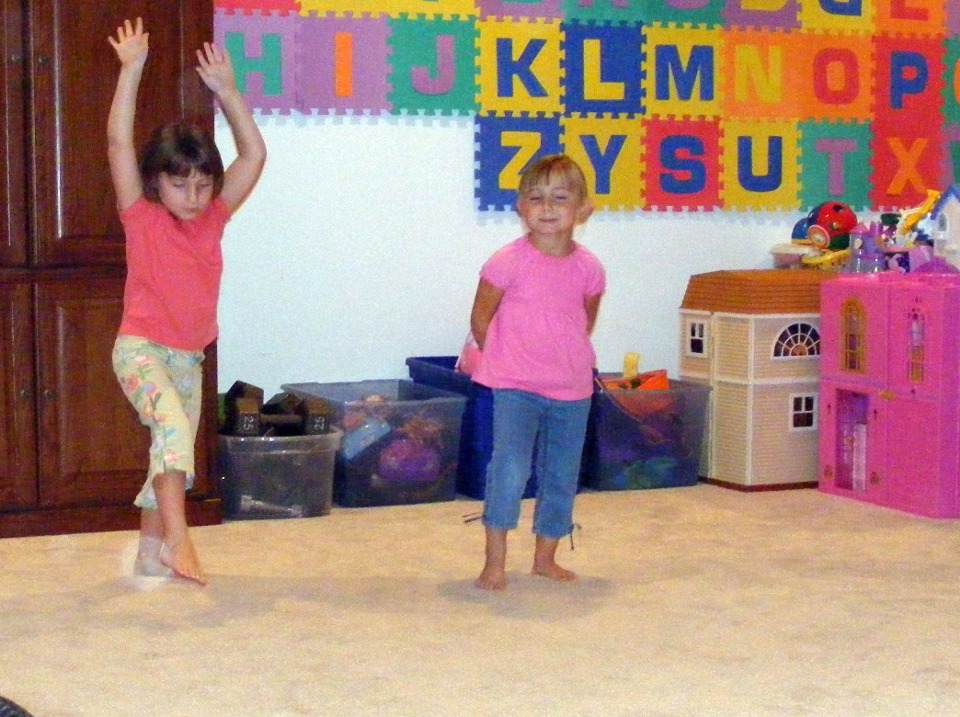 Go for TWO cartwheels at one time!  Again, a late shutter and flash. 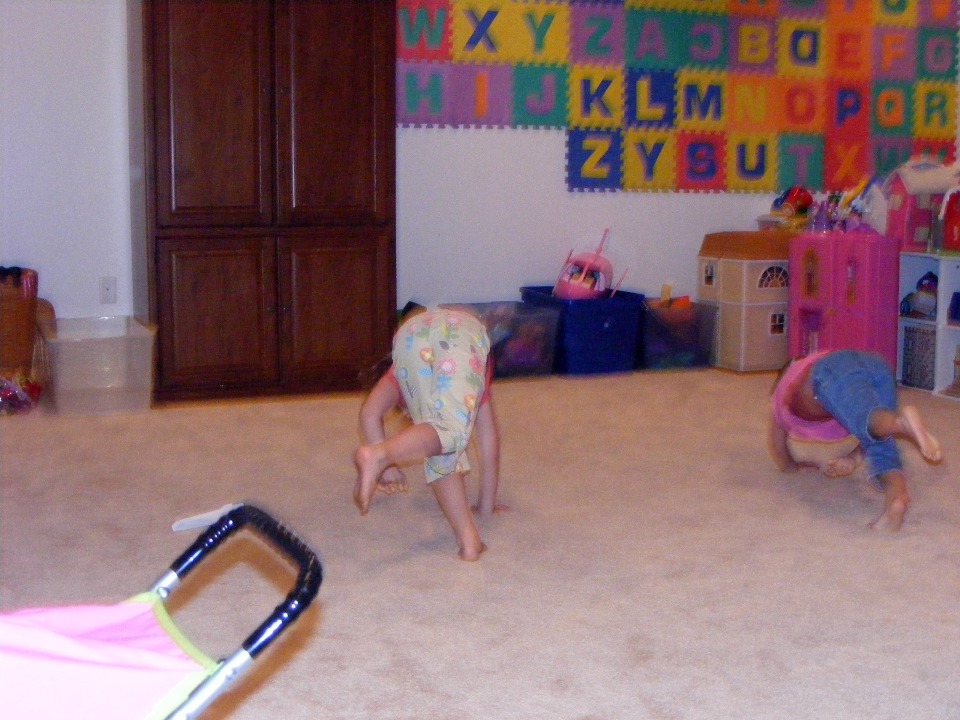 Finally!  This is the "money shot" I have been trying to get with Katie right at the top of the carwheel with her feet together. 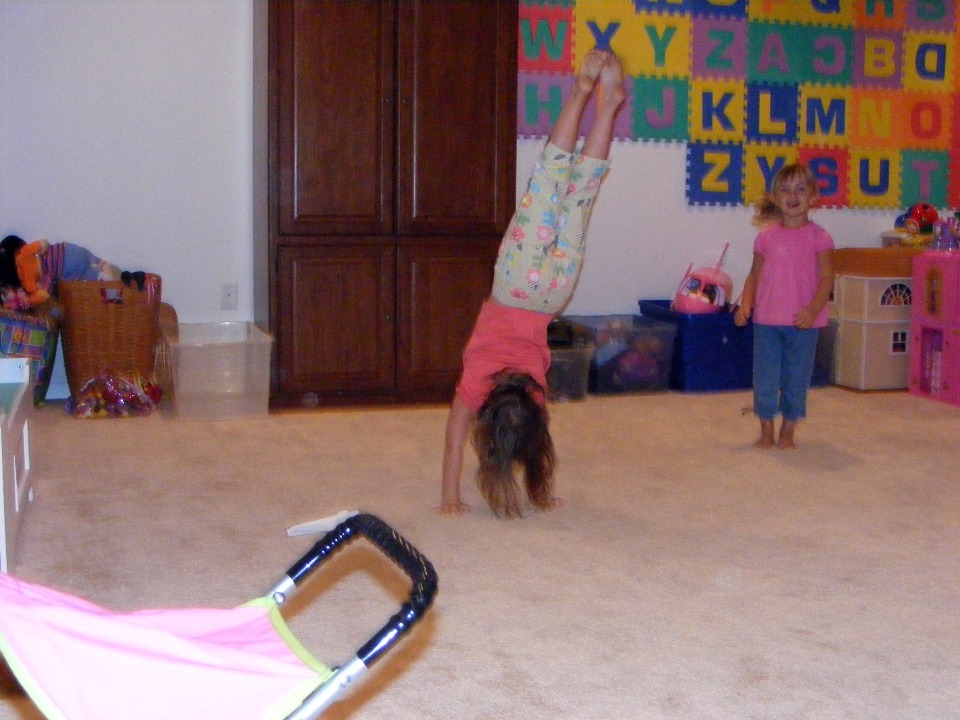