July 26, 2010: As we departed the Garmin exhibit area, the mass arrival of more than twenty DC-3 and C-47 airplanes took place just before the start of the daily air show. This C-54E military cargo plane was built in 1945 and participated in the Berlin Airlift.  The civilian registration for this airplane is N500EJ and it is owned and operated by the Berlin Airlift Historical Foundation from New Jersey. This US Air Force Global Hawk is quite a world traveler with no pilot aboard.   The pilot controlling this airplane is based in Grand Forks, North Dakota and never has to go outside to fly this bird anywhere in the world.  The big radome up front houses a satellite antenna to transmit surveillance video from wherever this thing travels. 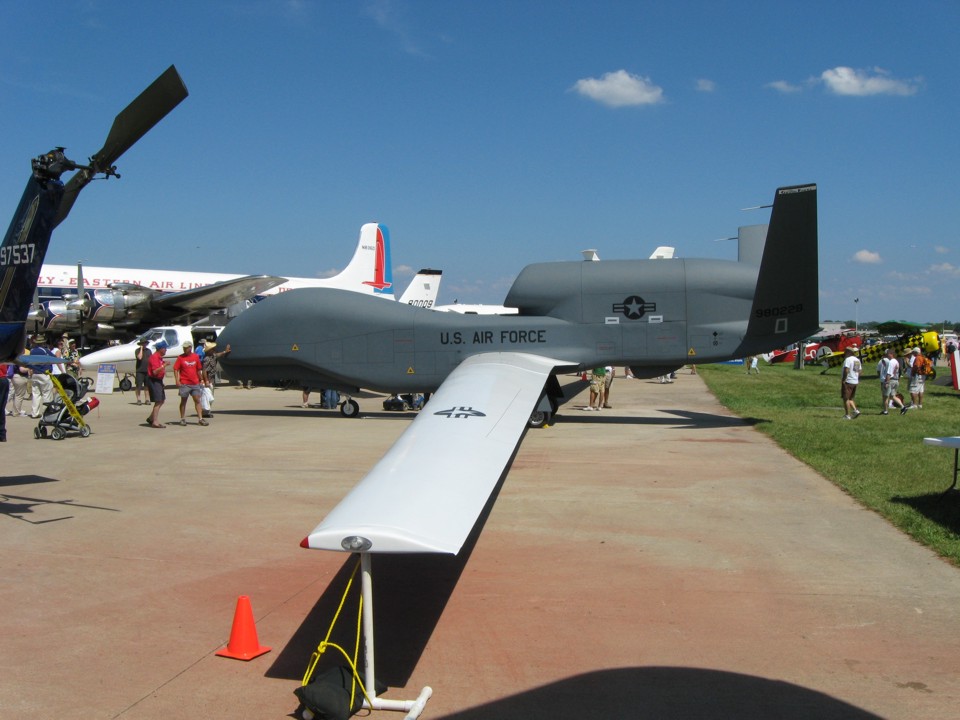 This DC-3 is painted in American Airline colors and is named "Flagship Detroit."  In the background, just below the control tower is another DC-3 with TWA markings and the phrase "The Lindbergh Line" since Charles Lindbergh was hired by TWA to scout out flight routes for the company.  At the right side of this photo is an F-16 fighter jet. 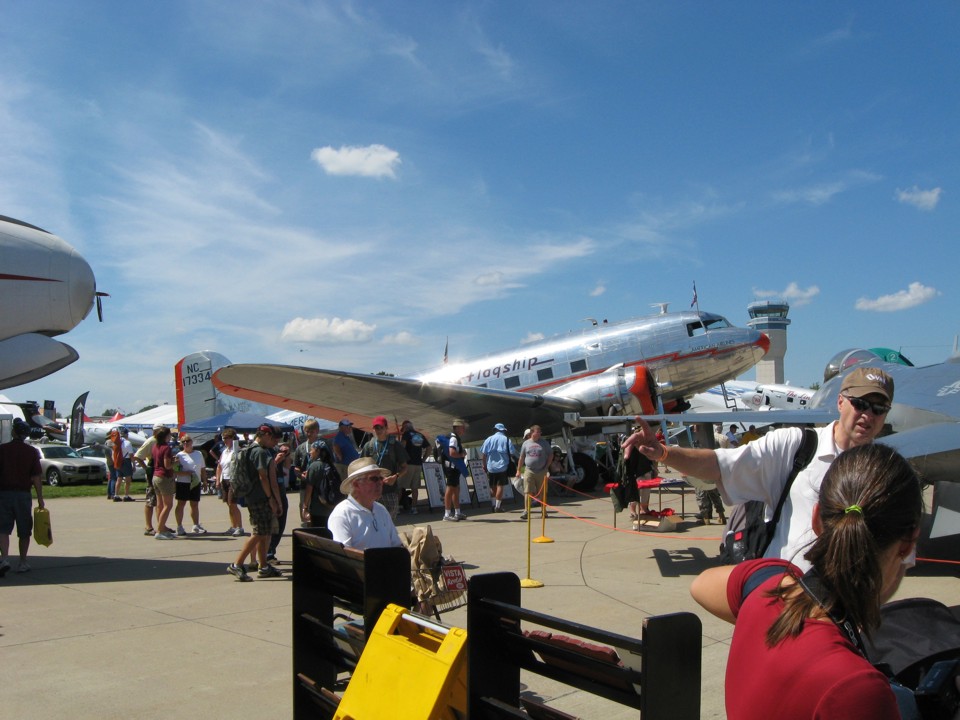 Here is the tail art of the F-16 indicating this airplane is part of the Wisconsin Air National Guard and the registry number. 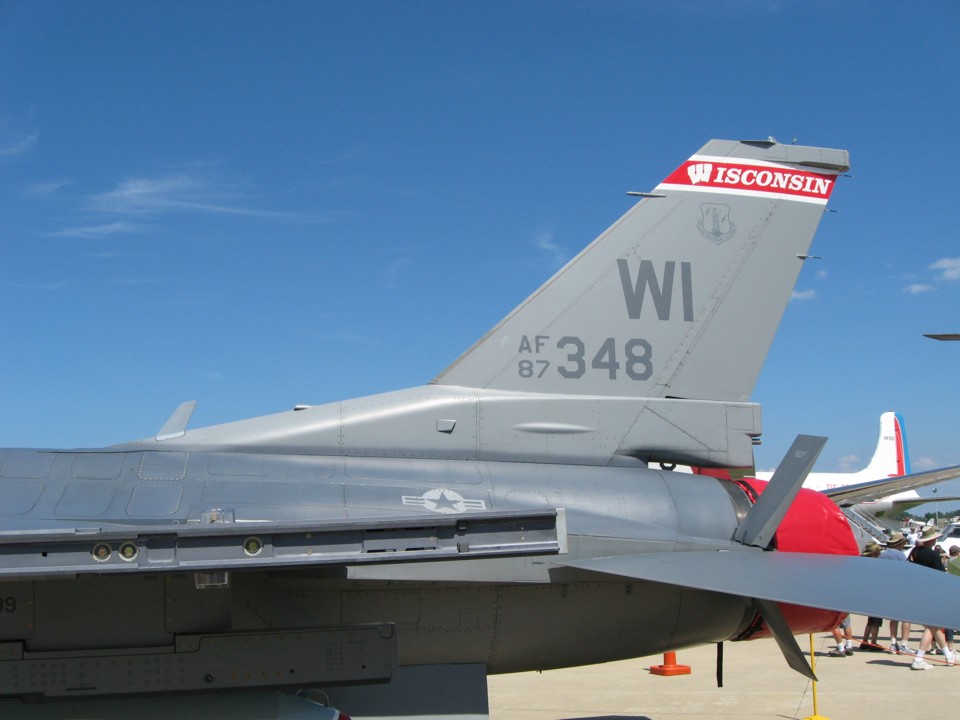 This Boeing B-17G is open to the public for a look inside. 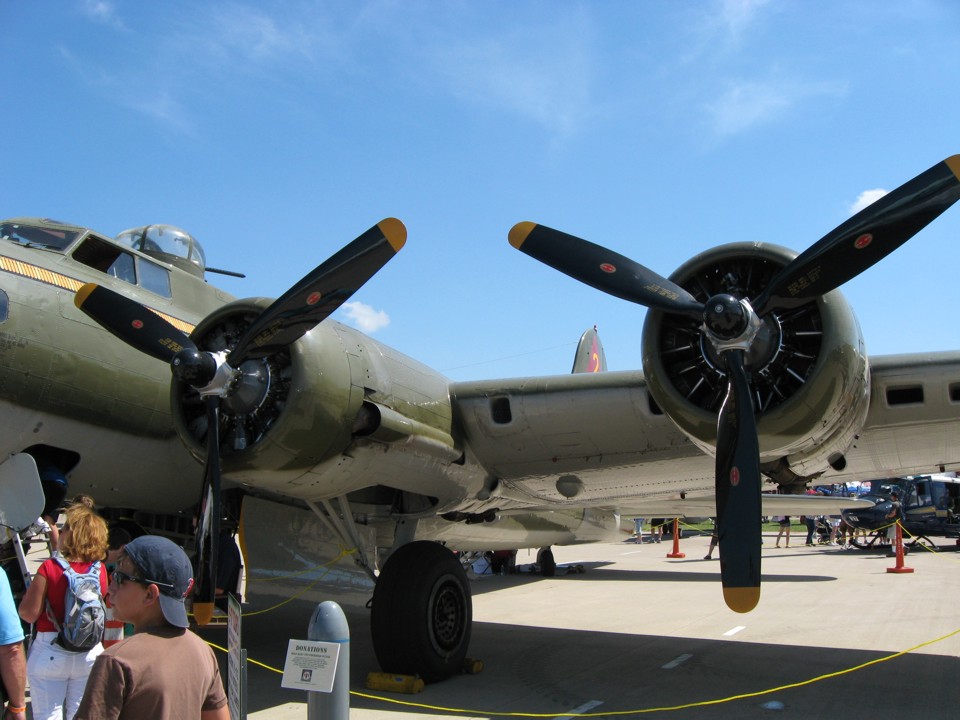 The TWA DC-3 airliner gets a better view in this photo.  Folks tend to bring their folding chairs and find any shady spot in time for the start of the daily air show. Edward started taking a series of photos of AeroShell square.  That Ford Tri-Motor from Canada that arrived yesterday is parked in front of the Ford Motor exhibit area.  There is a stage set up at the right side of the picture for the 5:30 PM musical performance to be given by the band "Chicago" right after the air show.   Ford is the sponsor for the musical performance by Chicago. This next picture of the panoramic sequence shows the band stand and the Honda Jet tent.  It also shows something else that is lost in the reduced resolution of this picture.  Look and this photo, the look at the one below it. Edward was taking very high-resolution photos which allowed me to crop this section of a wider shot of AeroShell square.  It shows two of those DC-3's from the mass arrival on approach for landing on runway 18 RIGHT.  They are doing the half-mile spacing that everyone does when arriving for AirVenture at Oshkosh.  One of the other hidden images here is a couple hugging and kissing.  Can you see them? 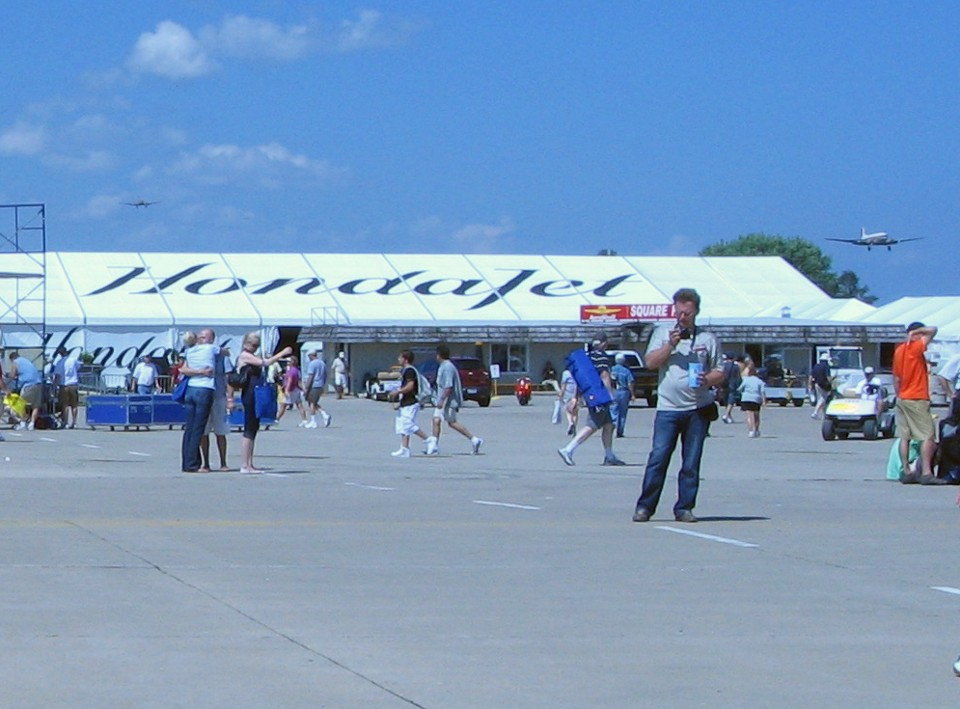 All this empty space will fill up for the Chicago concert after the air show with the folks who are lined up near the runway awaiting the air show. 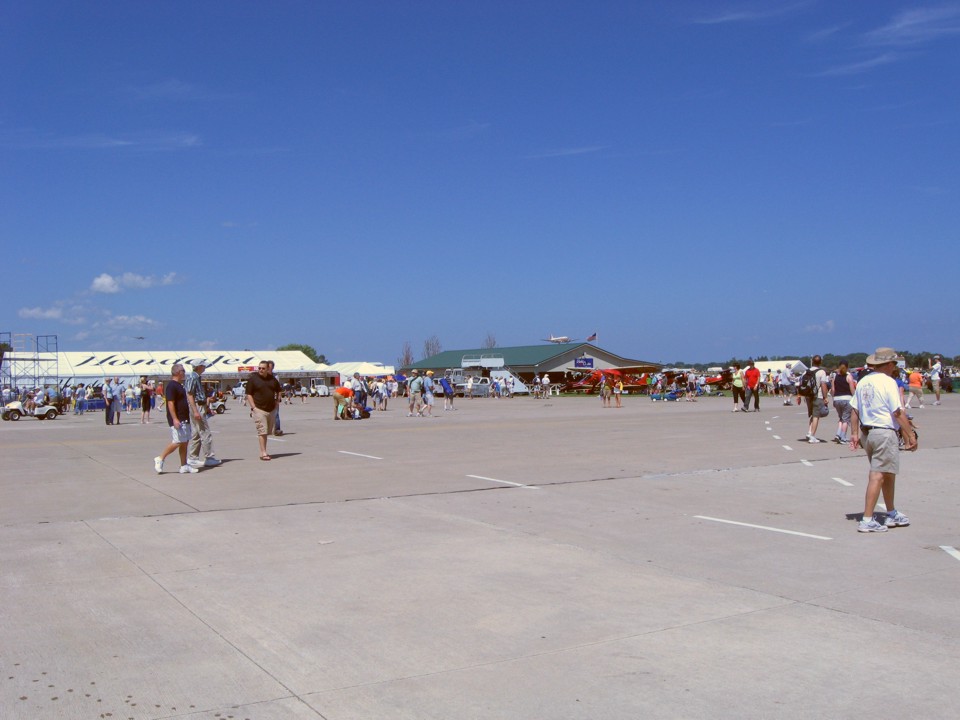 By now you may have noticed most of the folks are moving toward the flight line for the start of the air show. 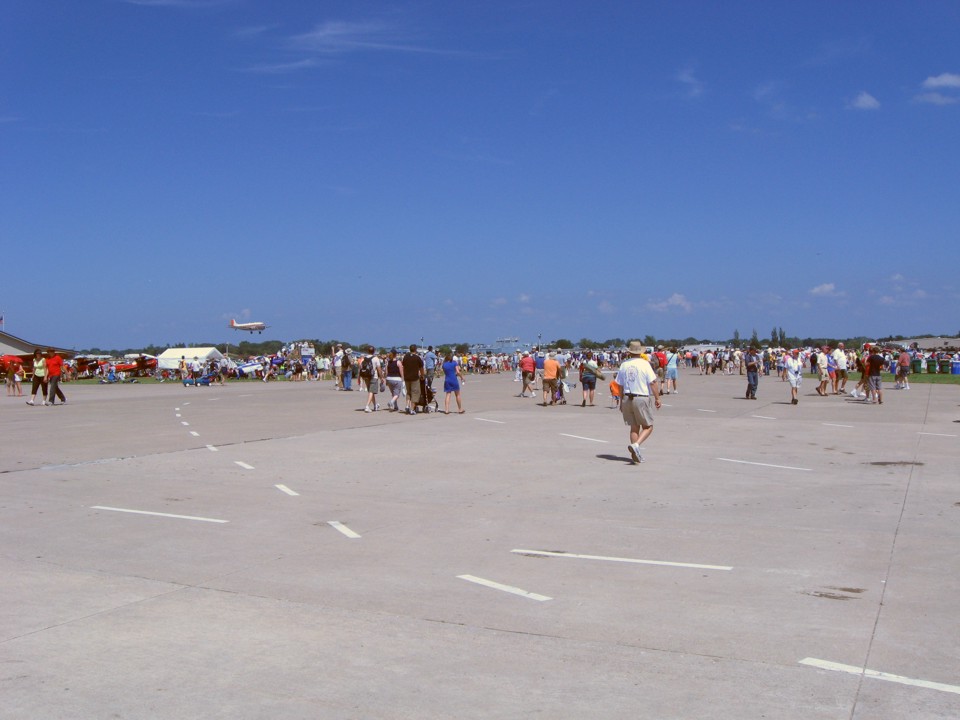