July 26, 2010: This was Monday before Jack Roush made news with his arrival on Tuesday.  This is his exhibit to promote his Ford vehicles. 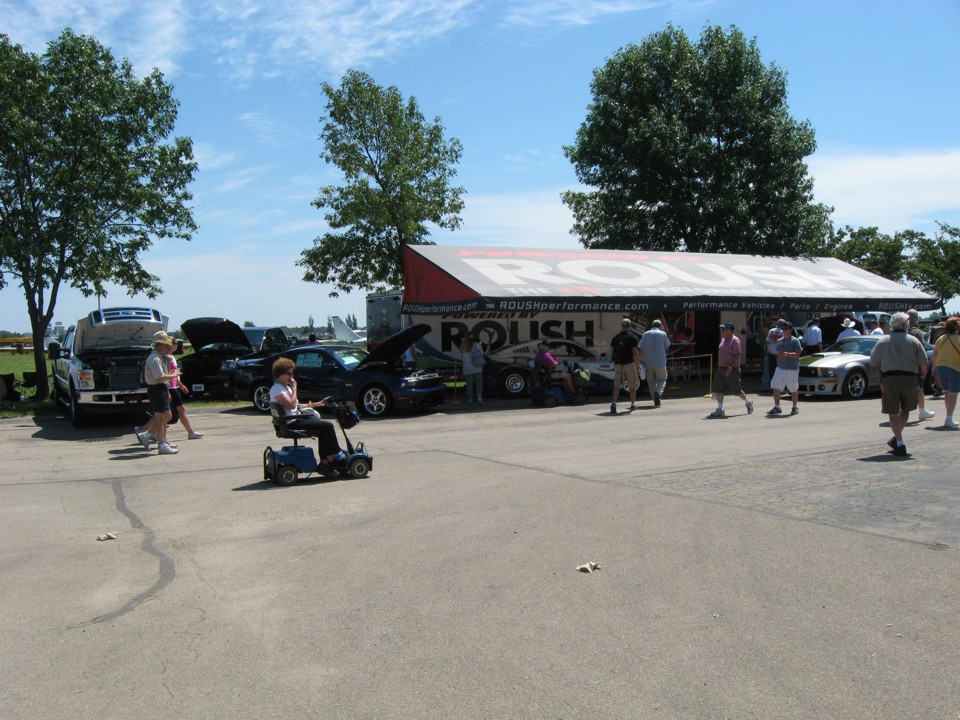 Would you believe a Ford Mustang with 510 horsepower? 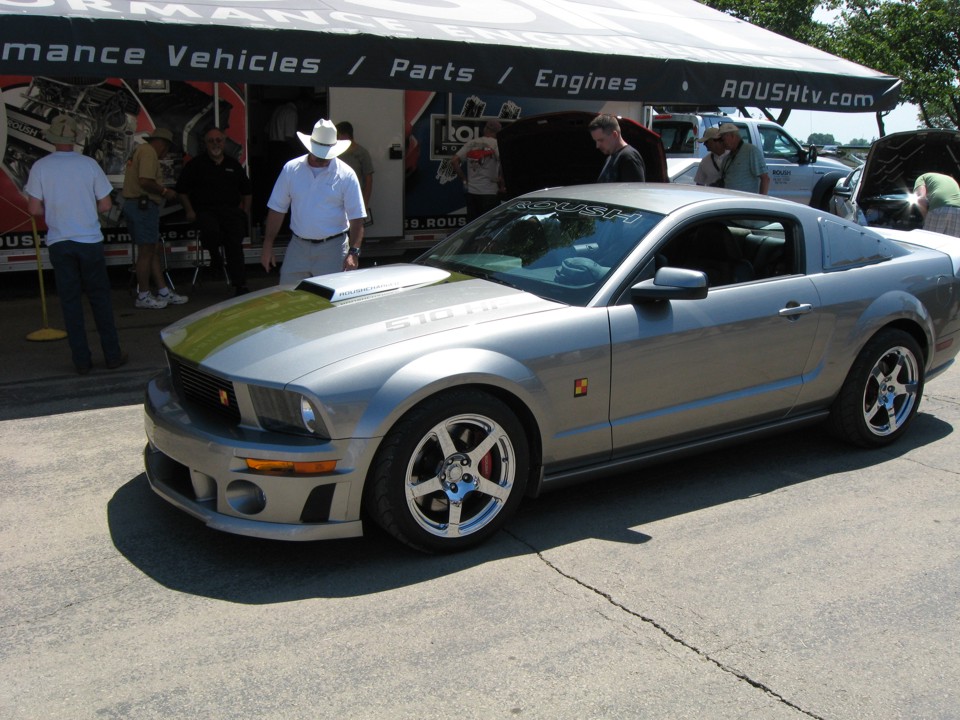 This information card was posting in the rear window.

Roush owns a real P-51 Mustang.  So, what else would be decorating the Ford Mustang?  This car was displayed later in the day at the start of the air show.   It was racing an airplane down the main runway at show center.  It was FAST!   As a side note, the sign in the background indicates the location of the HOMEBUILT CAFE where we had lunch after our Sunday arrival.

Doug Reeves of Van's Air Force dot net was here with a new instrument panel in his airplane.  It was from Garmin of course.  His airplane is one of two featured in the outdoor Garmin exhibit area. 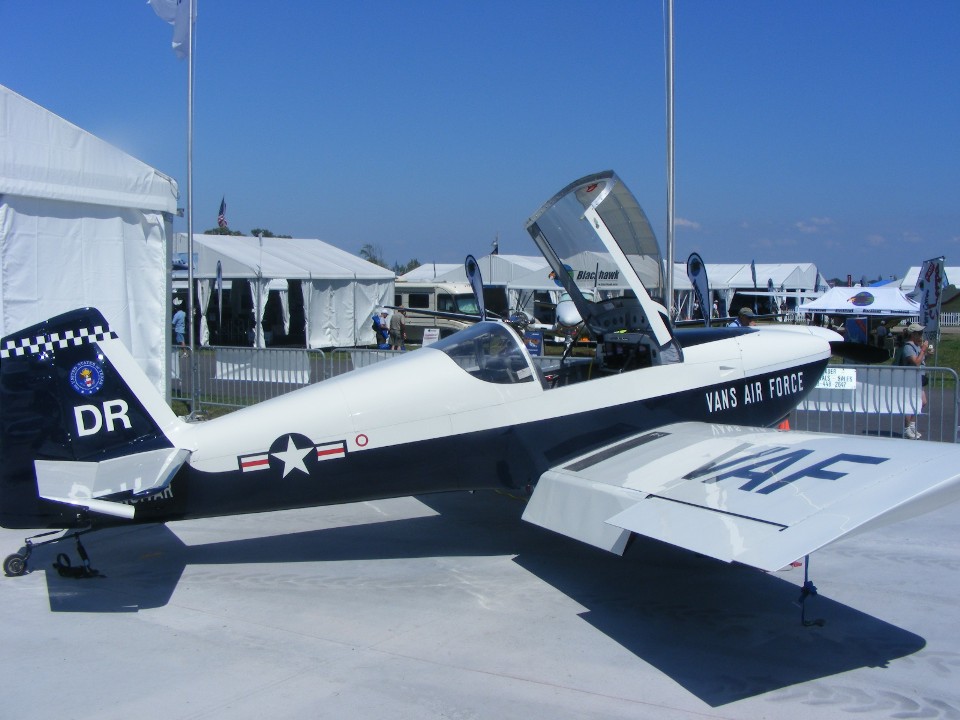 Here is that full panel of new Garmin equipment taken from my side of the airplane.  The instrument panel in this airplane has changed over the years, but this year, a completely NEW panel is installed now that DR is getting his IFR ticket.   This airplane is seen more than most others on the internet. 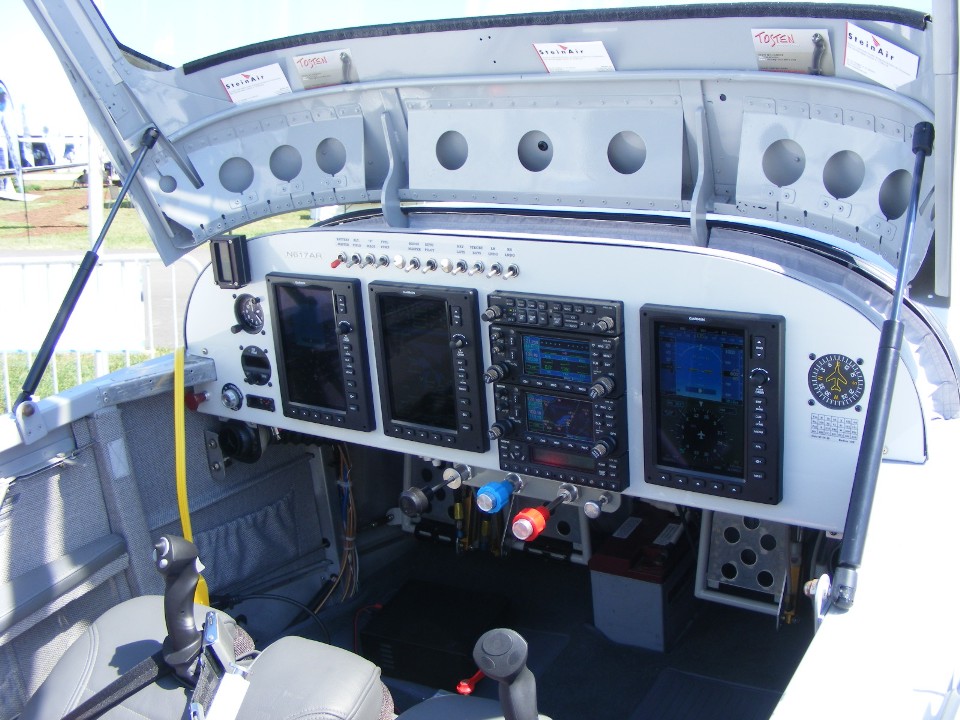 Edward snapped this photo from the other side of the cockpit.  The large battery on the floor is running the instrument panel during this show.  A battery charger is connected to the yellow electric cord keeping the battery at full charge. 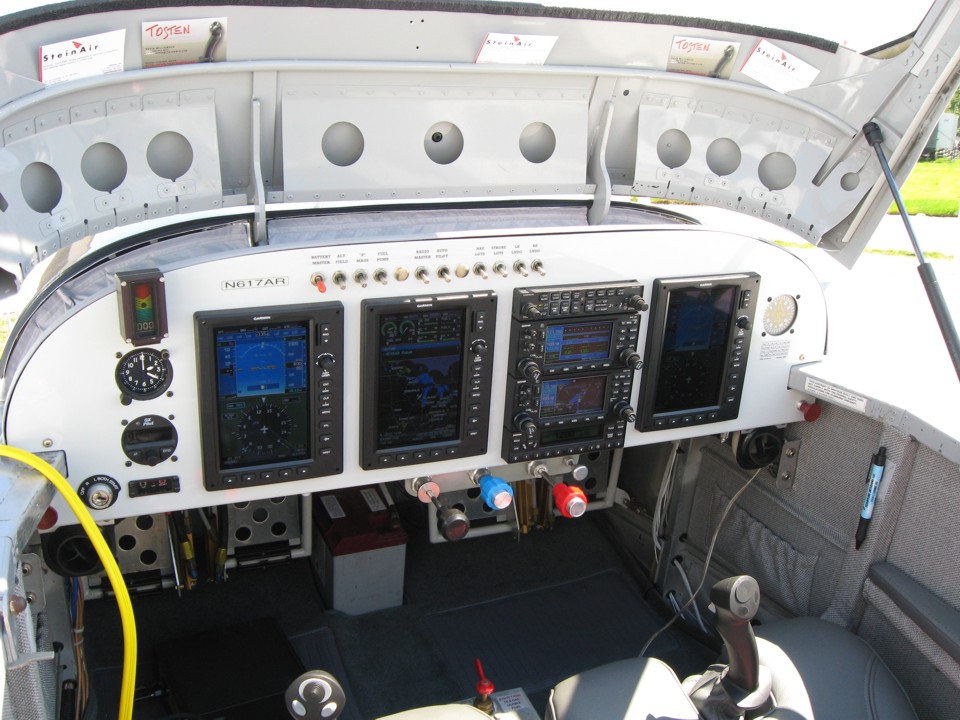 Here is Edward's photo of the left side of RV-6 N617AR.  Garmin has a booth in the front corner of building D across from this outdoor exhibit area. 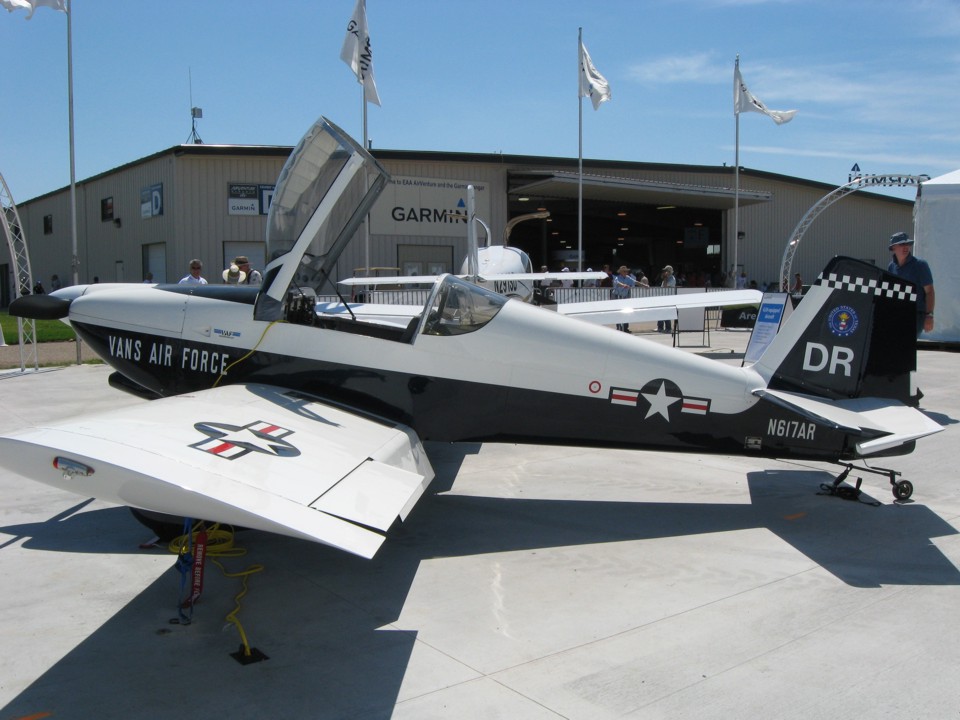 The other plane on display in the Garmin outdoor exhibit is a Van's Aircraft RV-10.  It also has full Garmin big screen panel. 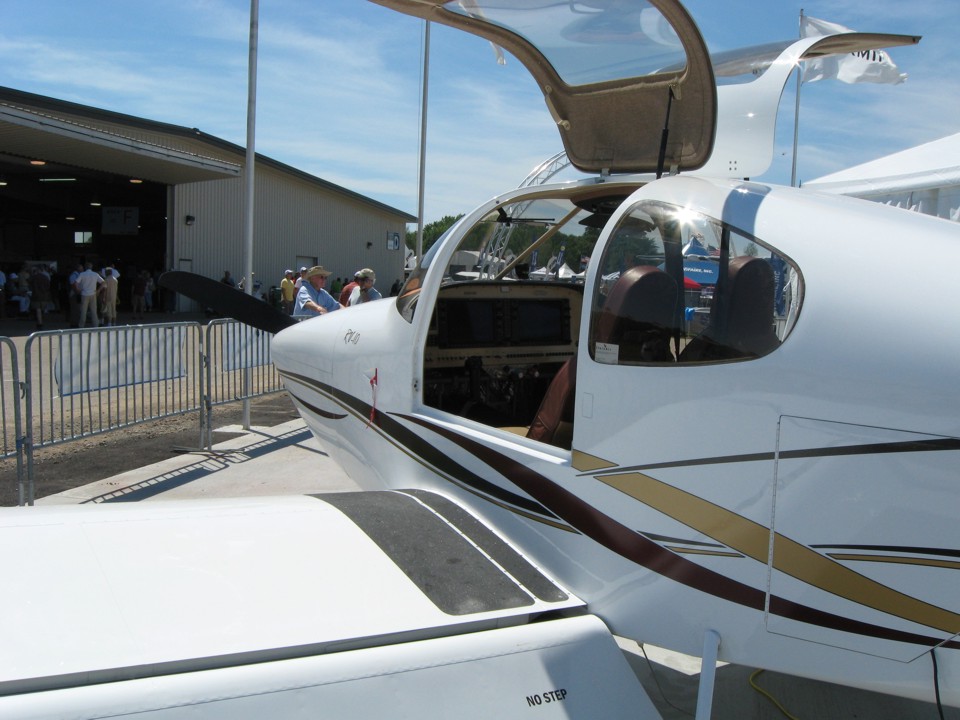 Here is our parting shot as we prepare to leave Garmin territory.  You can see Edward captured me in the background getting my side photo of Doug Reeves RV-6.   It also appears that the AC power is disconnected from the RV-10, which is why the screens are dark in the photo above. 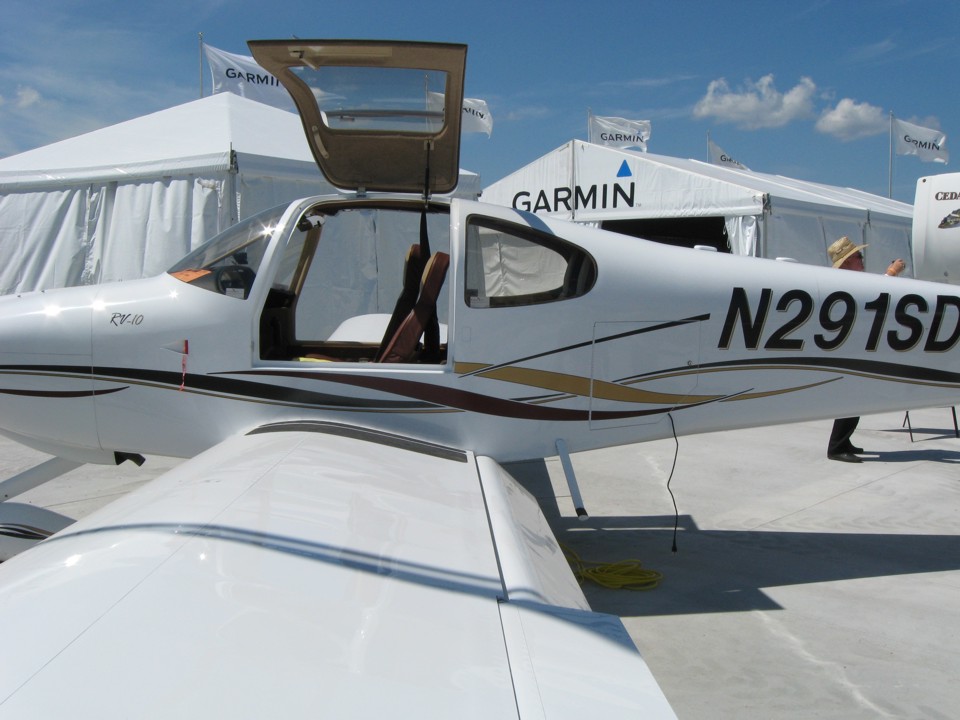