November 14, 2005:  This is the only color slide photo ever taken of my first Stafford Commanche kit flying with the lights on and the landing gear up.  Look at the right wing tip and the tail and you can see the lights are on.  The flap hinges are visible under the left wing.  One of the two exhaust pipes is visible under the front of the fuselage.  This model was destroyed in a crash in 1982.  The one I have today was built in 1986.  I converted the model to resemble a 1966 Commanche 260B owned by an old friend of mine from Kentucky (N9032P).  This photo was taken late in the day just before it got dark.  The flying site was at the old Kissimmee Valley Model Club (KVMC) flying field just across from the old Florida Turnpike exit 65 that serves Kissimmee and Saint Cloud, Florida.   The model weighed 10 pounds with a six-foot wing span and was clocked on radar with a top speed of 121 MPH by one of our club members who was also a Florida State Trooper.   He stopped by the field one day on break in his patrol car.  He asked me for a high-speed low pass over the field while he had his patrol car parked near one end of the grass strip. 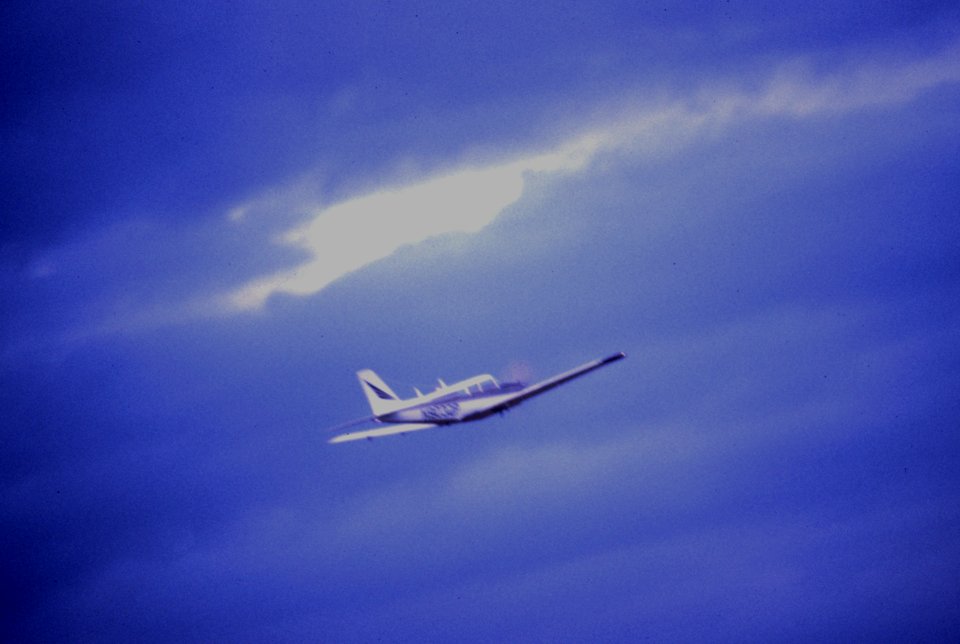 Here is how I used to fly airplanes back in the early 1980's, standing on the ground while the airplane flew.  I was much thinner then and wore blue jeans and a dark mustache.  My friend Don Muddiman took this photo just before the Comanche flaired for a landing at the old KVMC flying field.  The SST air museum was directly behind our flying field on the other side of that fence line. 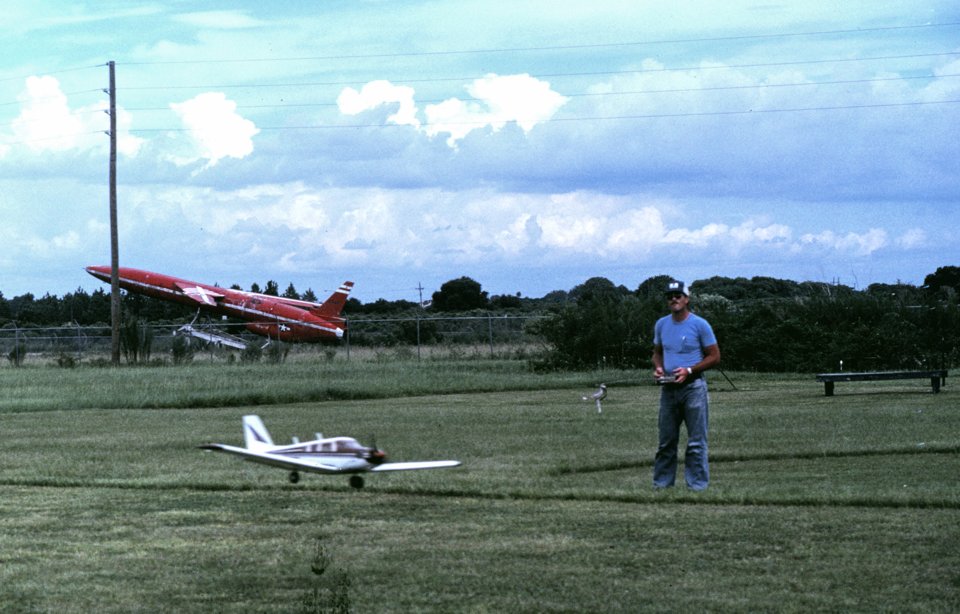 This was a day in 1980 when the Comanche won a trophy just by surviving the day.  (The other guy in sport scale crashed!)  That white long wire ADF antenna is the real 72 MHz radio control receiving antenna for the model.  My 1986 version of this model used a steel music wire for the ADF dummy antenna.  The real 72 MHz radio antenna in the 1986 model was concealed inside the balsa fuselage and under the LEFT horizontal stabilizer.  The 1980 model used a metallic brown covering.  The 1986 version used metallic gold since the original airplane in Kentucky was repainted in those years. 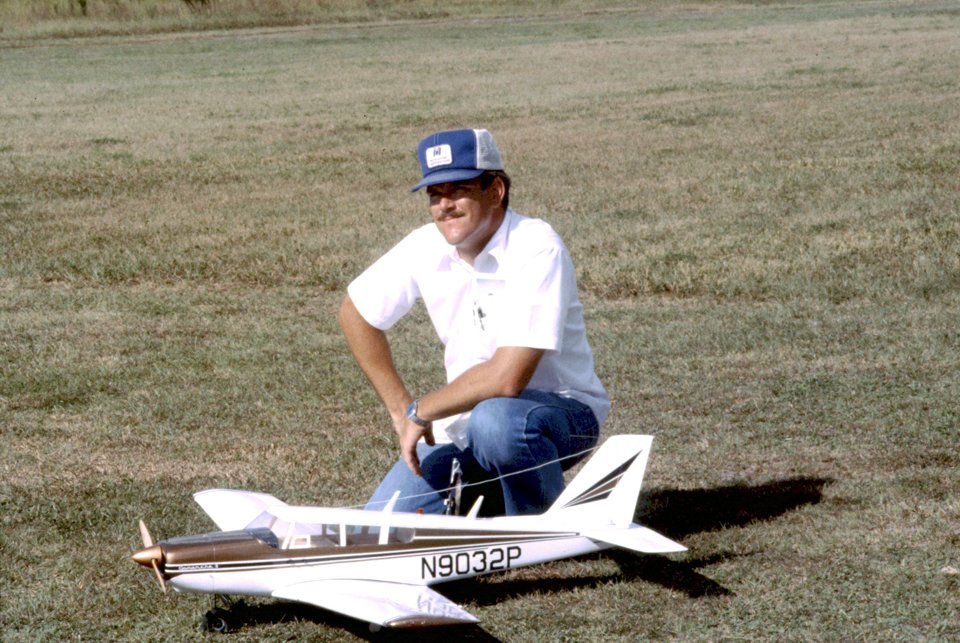