June 1, 2017:  Today is a transition day for my grandson.  The cap and gown are tried on at home for the family to see.  The Keystone emblem on the white honors ribbon is for the National Honor Society.  The yellow ribbon has a shield for his accomplishments in the Academy of Science, Technology, Engineering, and Math. 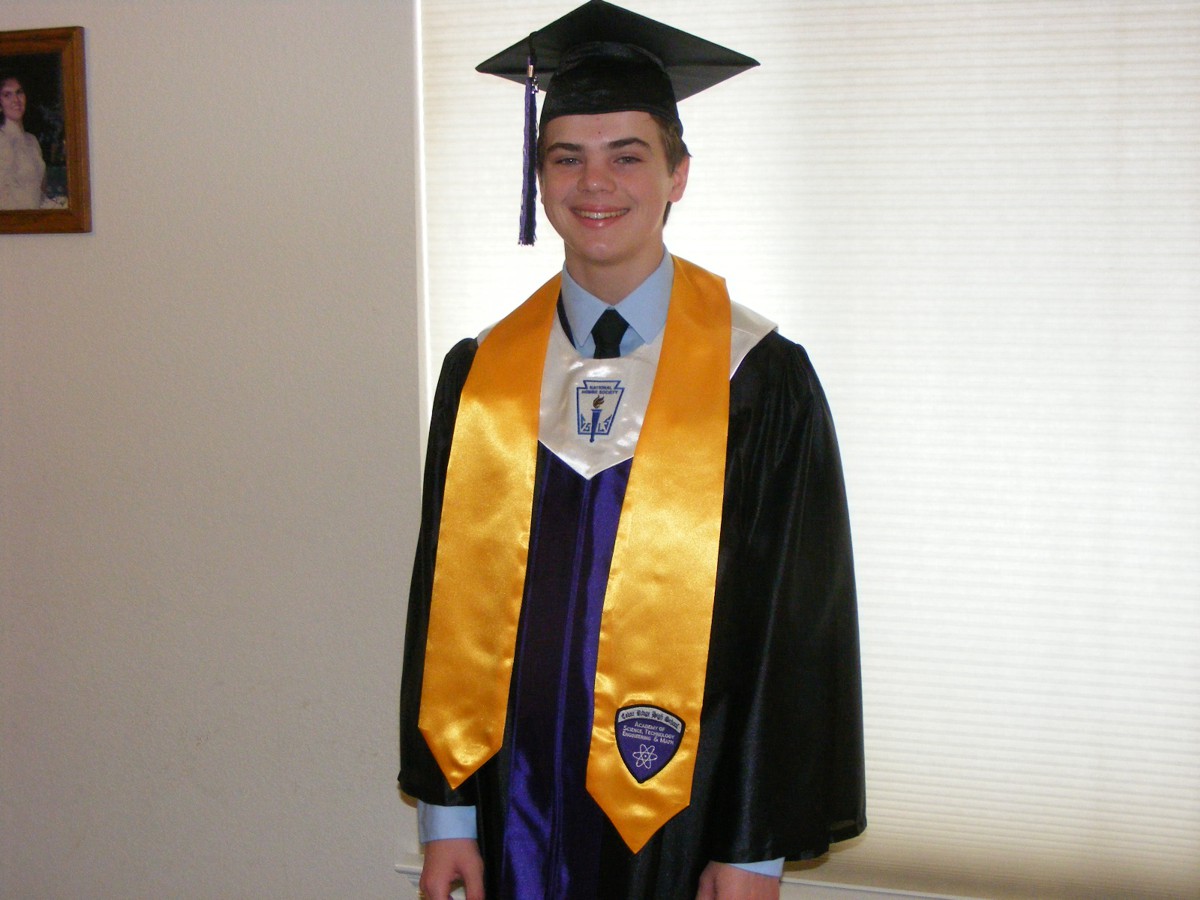 The H-E-B Center is actually a sports arena for ice hockey and any other kind of indoor events.  On this day, the ICE RINK was covered with insulating materials and plywood for THREE high-school graduation events happening today.  Ours was the second event of the day.  Four hours were allotted for each event.  H-E-B is a regional chain of quality grocery stores in Texas that paid a fee to put their name on this arena.  For those of us in the southeastern states, think of Publix grocery stores. 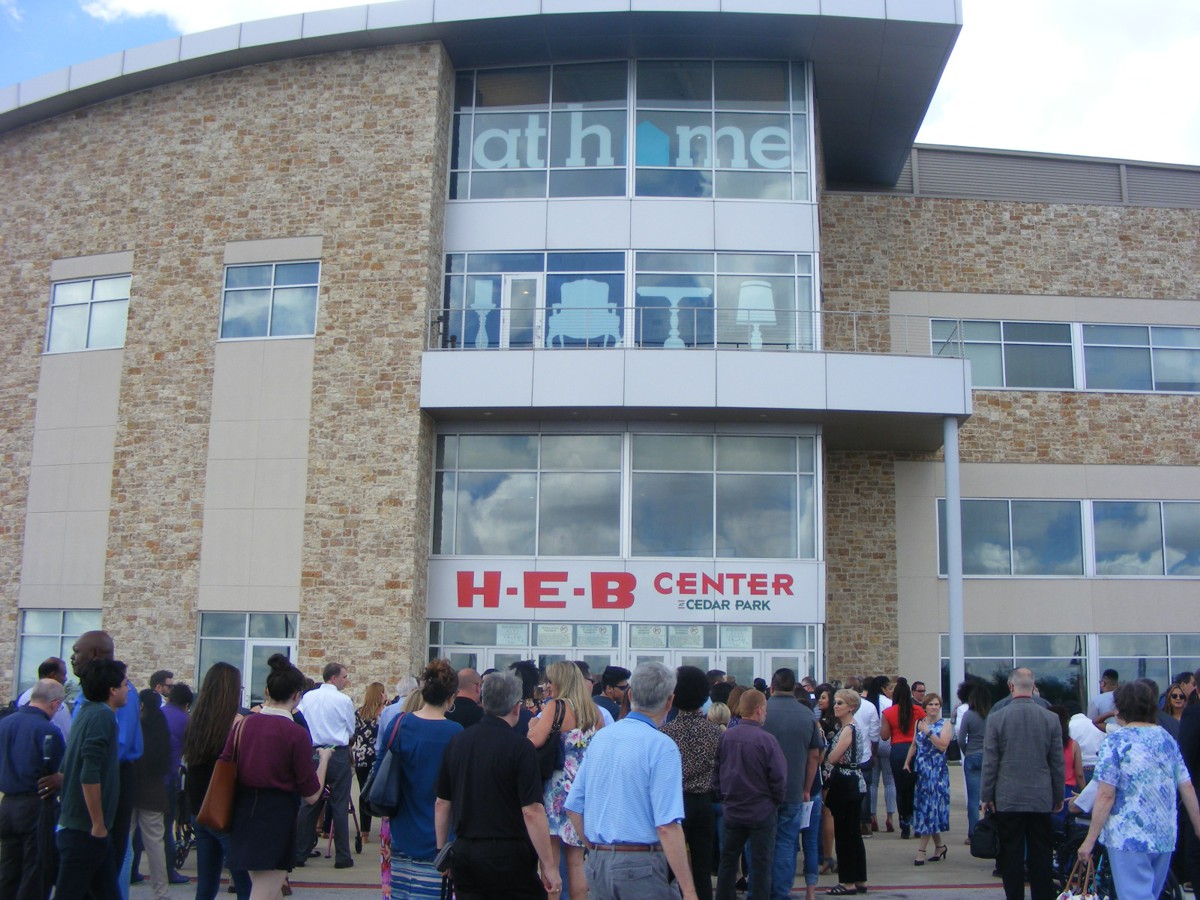 We are seated in the second row of the arena on the south side just past the mid-point.  My son Edward smiles for the photo, his wife Julie beyond him reads the graduation program, and his mom Carolyn is closer to the camera also reading the program. 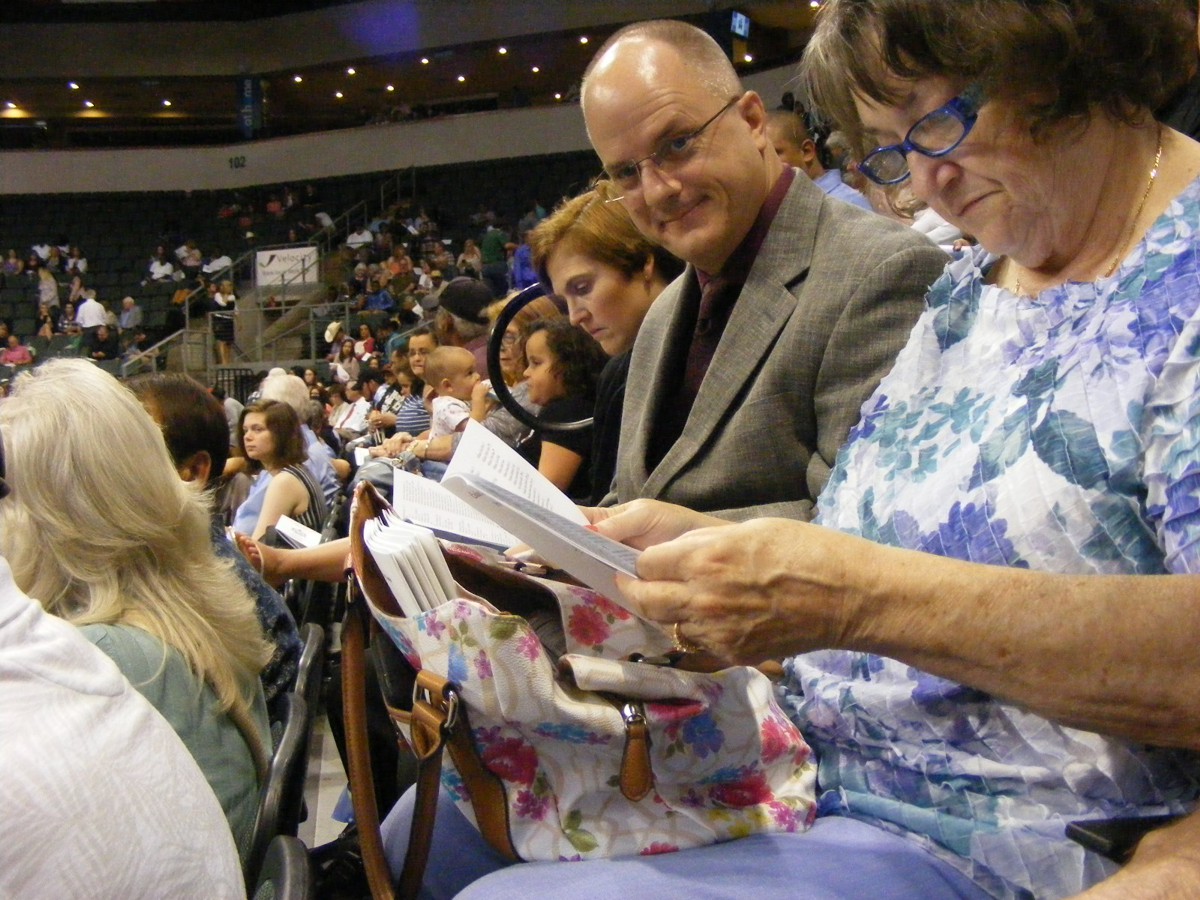 Julie's parents Carl and Mary Parry came from Florida to be here.  Since they were in wheel chairs, they got a good view from the top of the arena on the left side.  Julie's brother Michael and his son Drew flew in from Pennsylvania early today and are up there with them also.  Drew graduates from high school next week in PA.  This photo was taken by Edward using his Nikon camera with a 300 mm zoom lens. 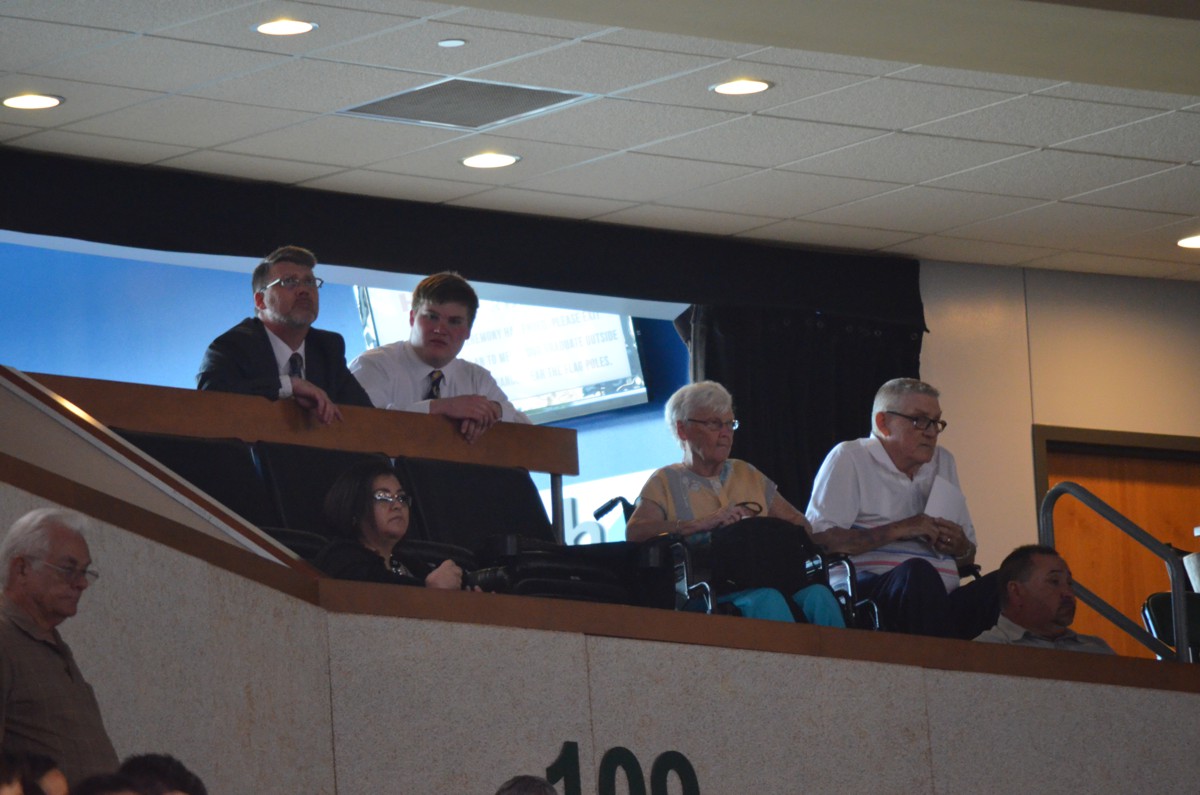 This is one of the images I took during the ceremony, pardon my focus for a hand-held image. 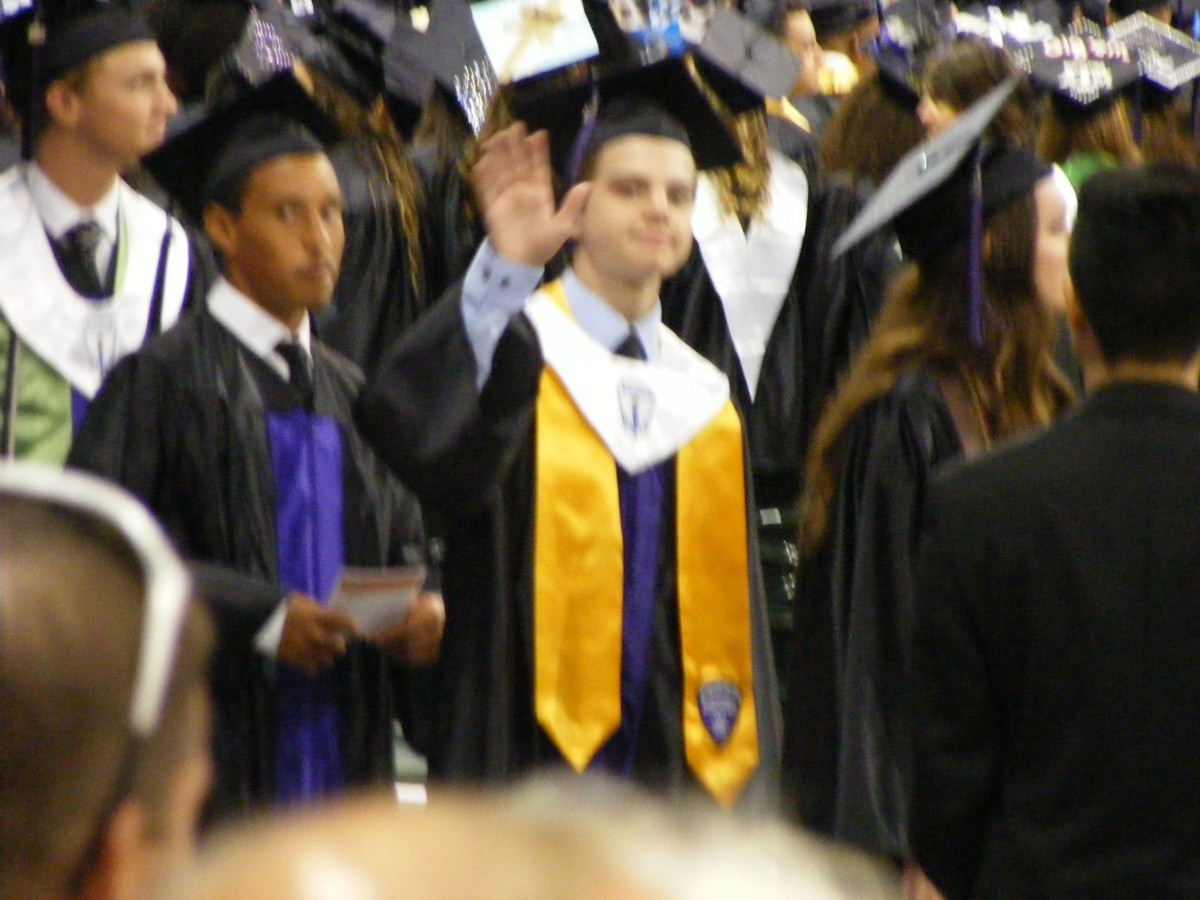 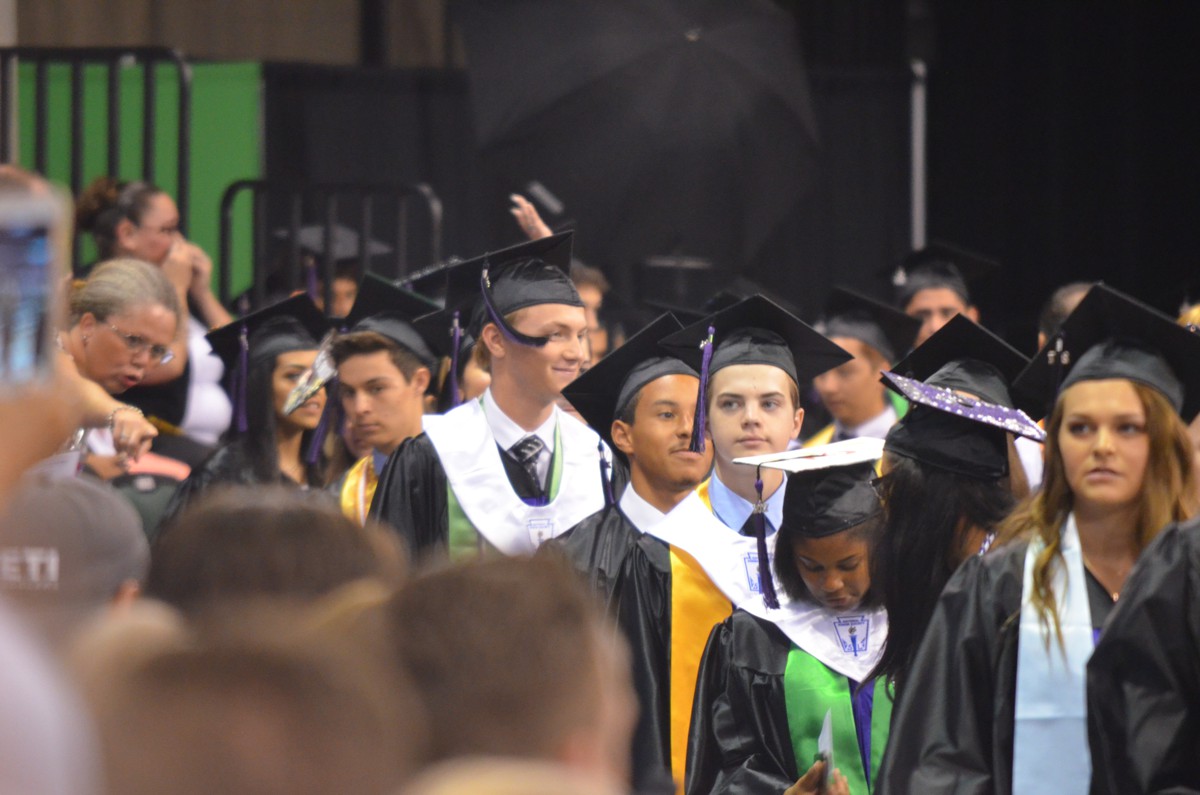 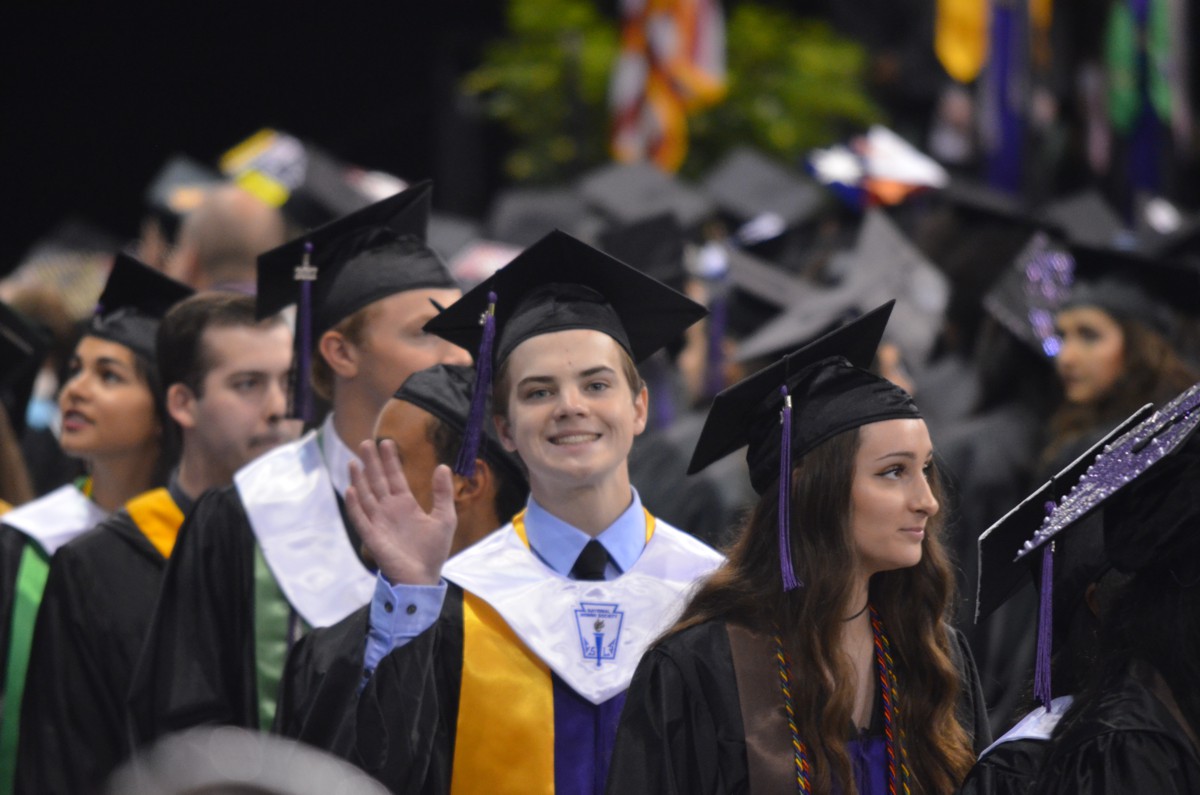 This is Ian's good friend, Maverick.  Yes, that is his name, and it is not from the movie "Top Gun".  The blonde lady is the principal of the high school.  The senior class has over 500 students graduating today.  (BIG SCHOOL!) 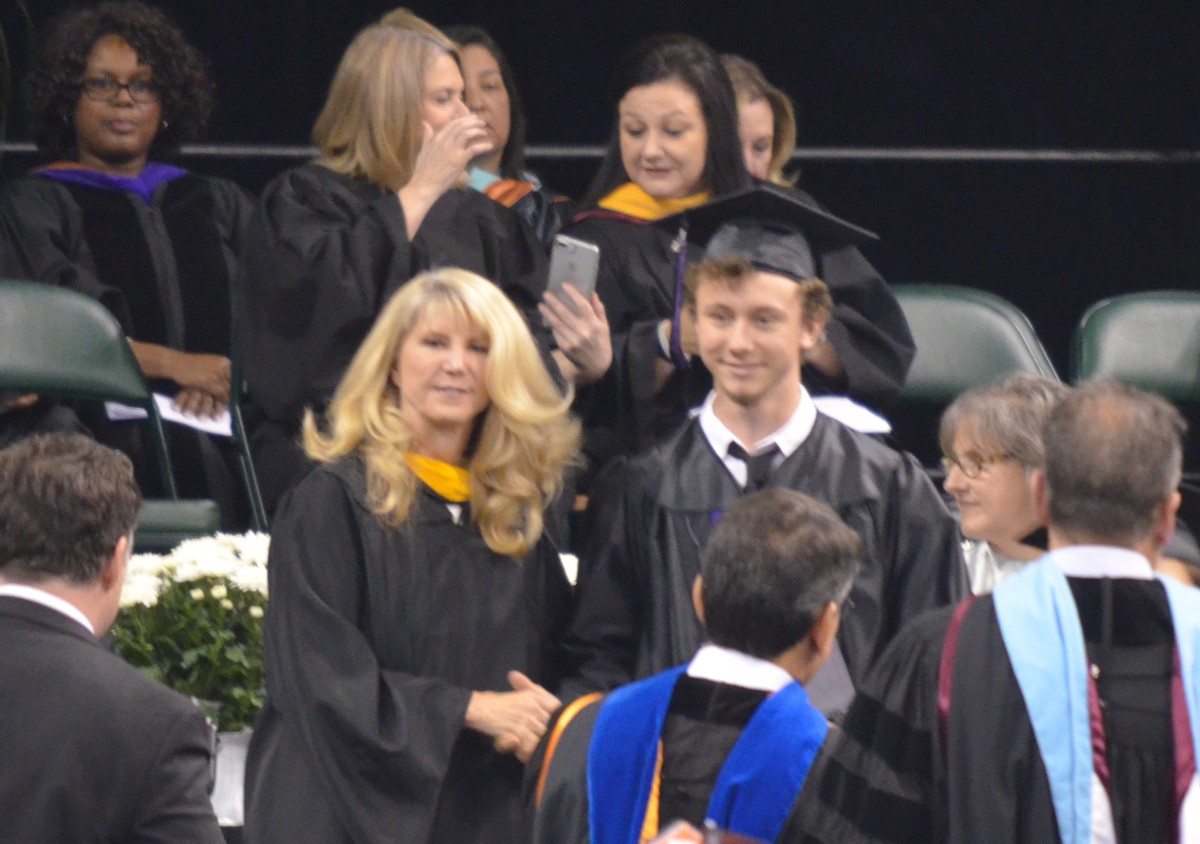 Each student is photographed with the principal after they receive the diplomas on the stage at the west end of the arena.  Although it does not show in this image, Ian is holding his diploma seen in the photo taken by a professional photographer of every student as they pose with the principal. 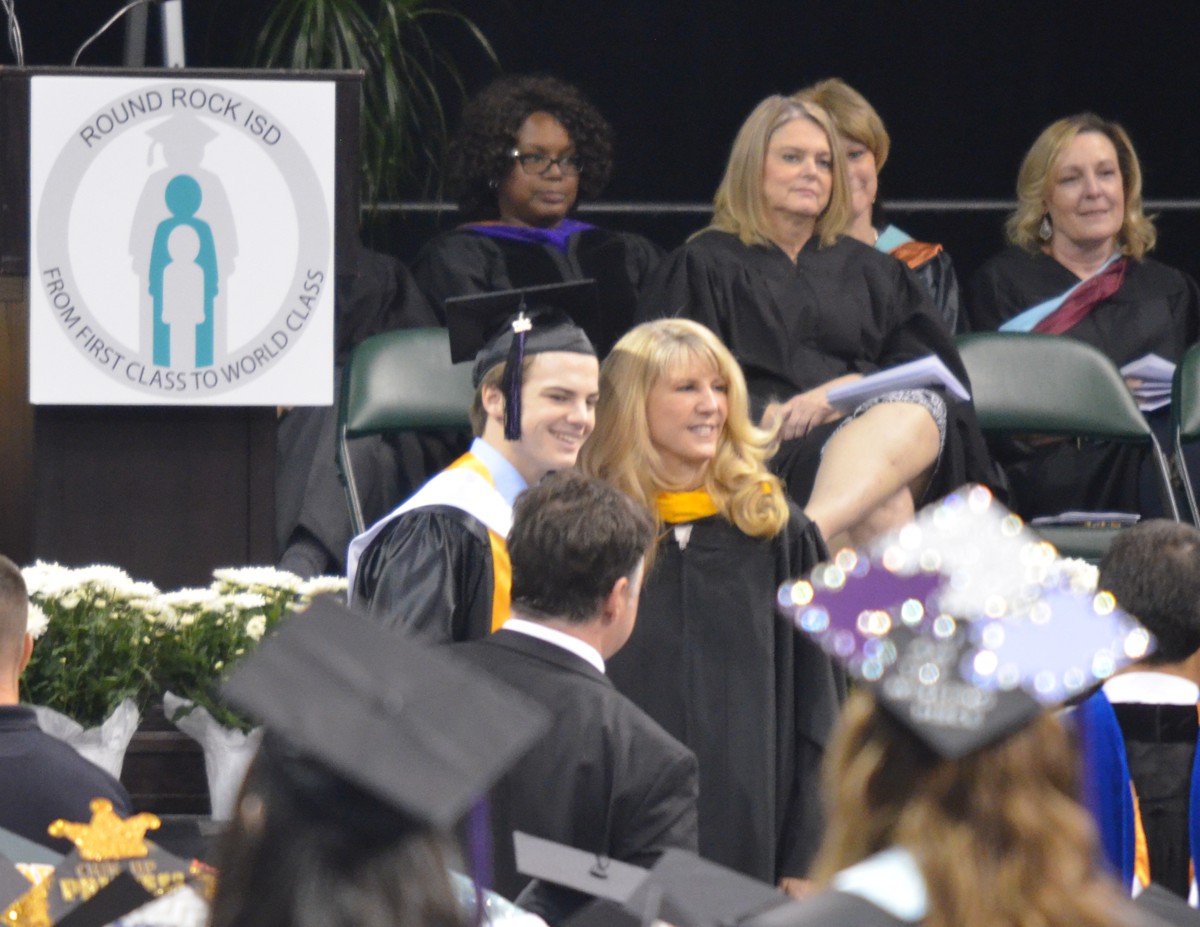 Ian walks down the center aisle from the stage after the photo, returning to his seat with the rest of the graduates, his diploma in hand. 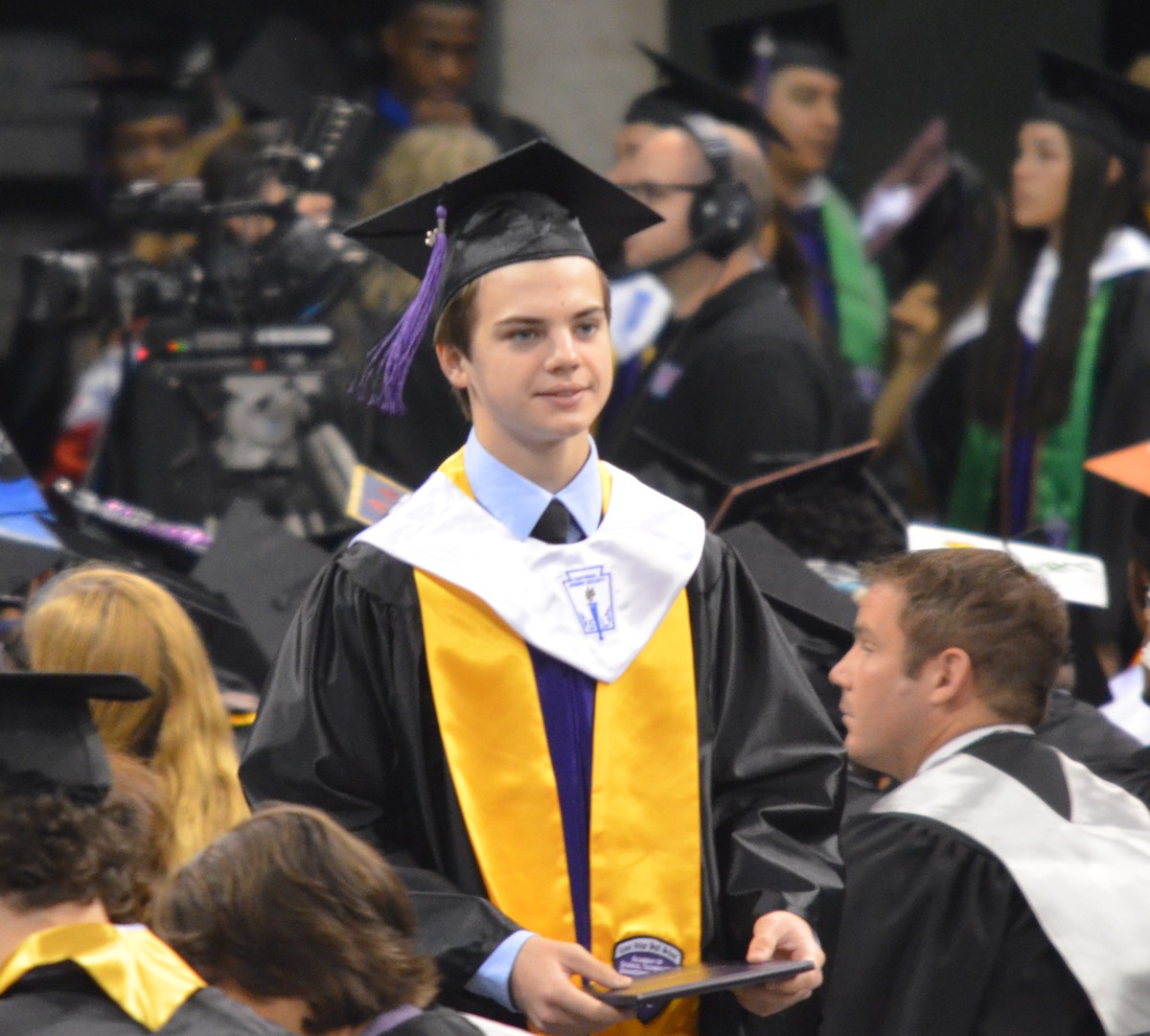 Edward took this wide-angle shot to show something about the size of the area.  The graduates are at the far left edge of this photo, with a large number of family and friends seated in the back half of the arena floor seen here.  The large crowd in the bleachers on the other side is only about one-third of the total spectators. 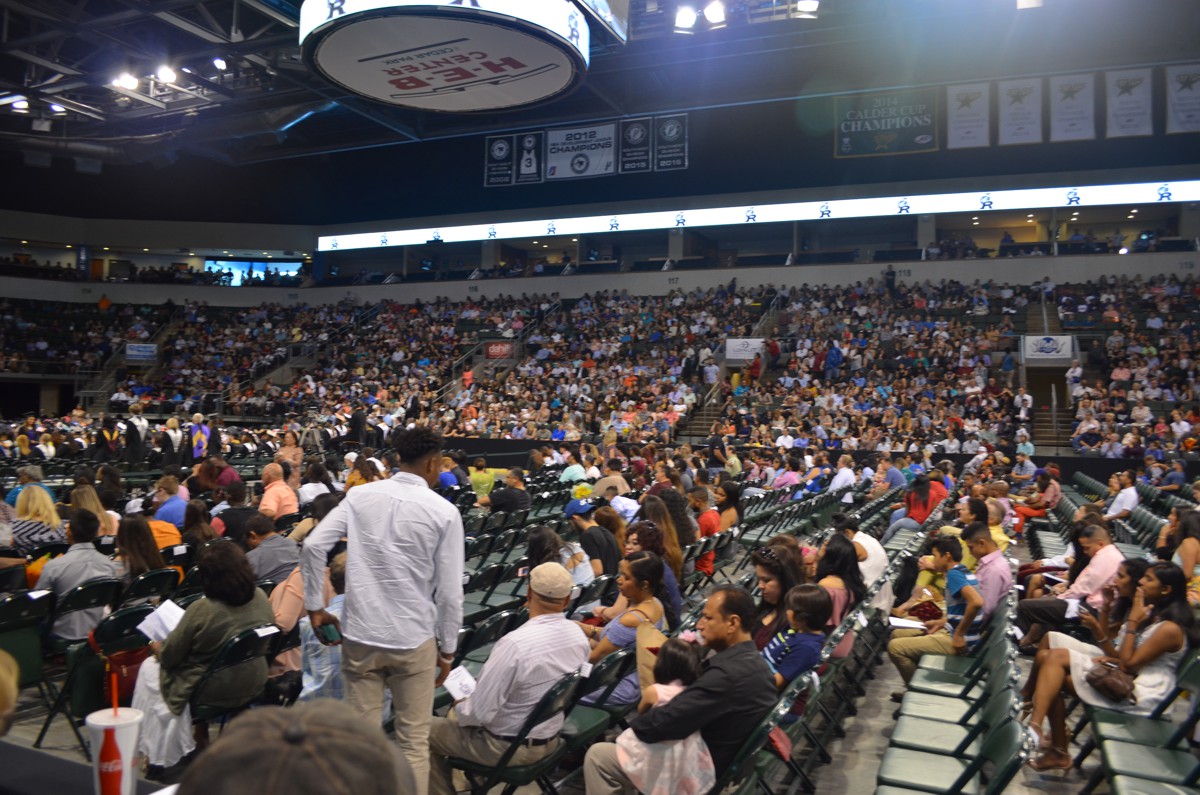 So it seems I need to stop getting a hair cut and buy a Norelco floating head electric razor.  This view taken by Edward also shows the folks on the south side of the arena from our location about half way to the stage. 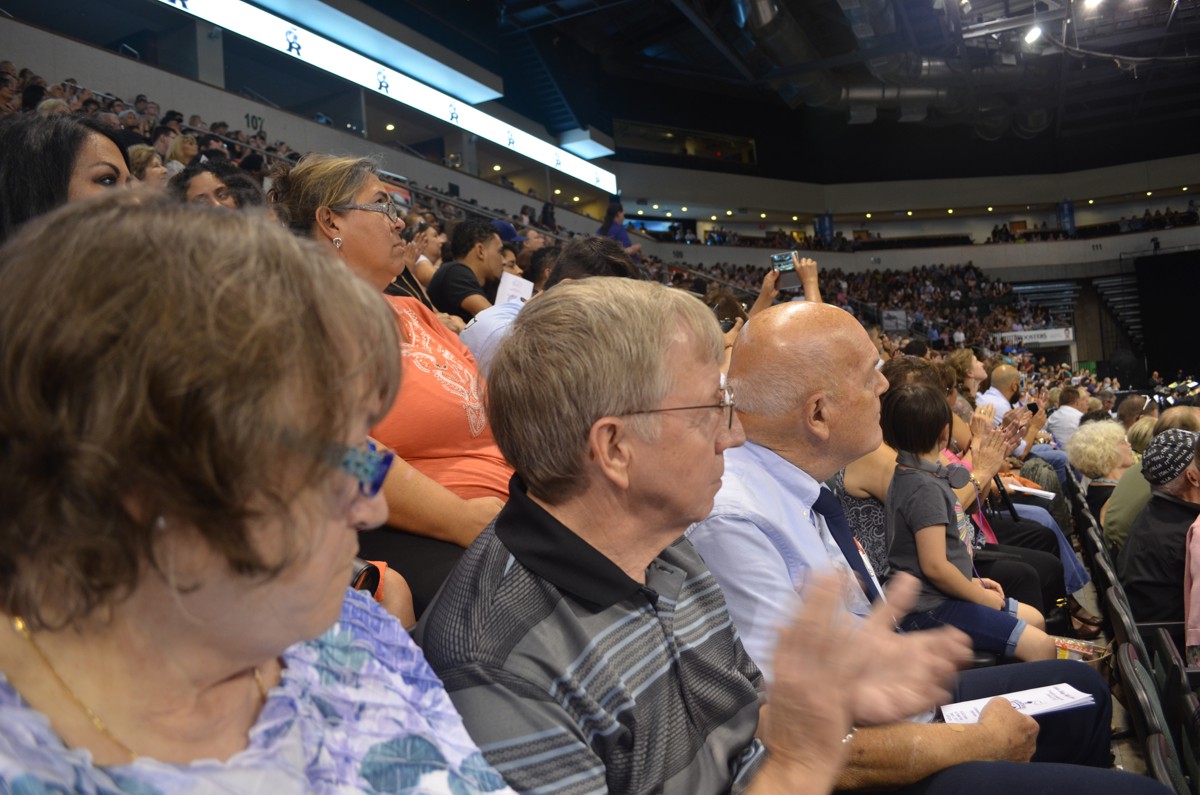 The graduates went outside for informal gatherings of friends and family for personal photos.  Julie's brother Michael and his son Drew pose with Ian. 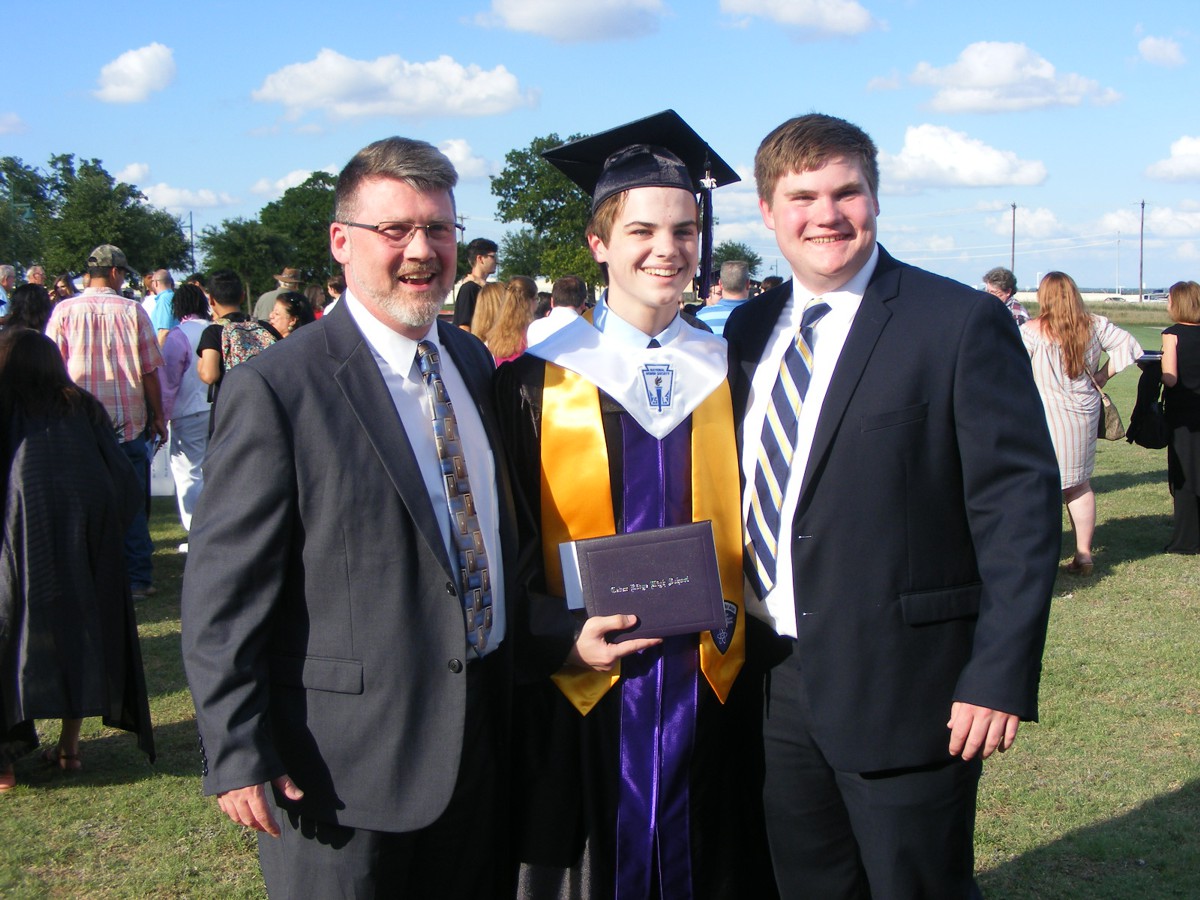 Mother Julie and son share that last embrace as he takes a step toward his own life. 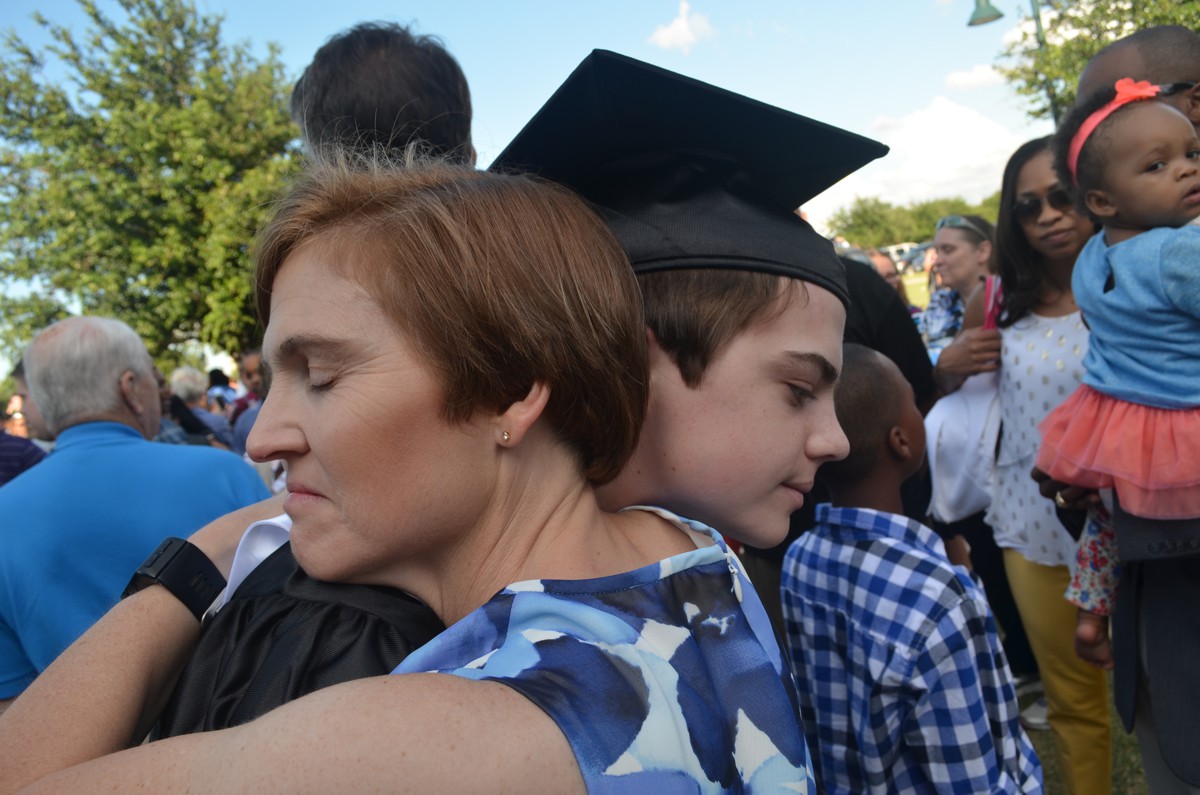 Julie's parents Carl and Mary get to pose with their grandson. 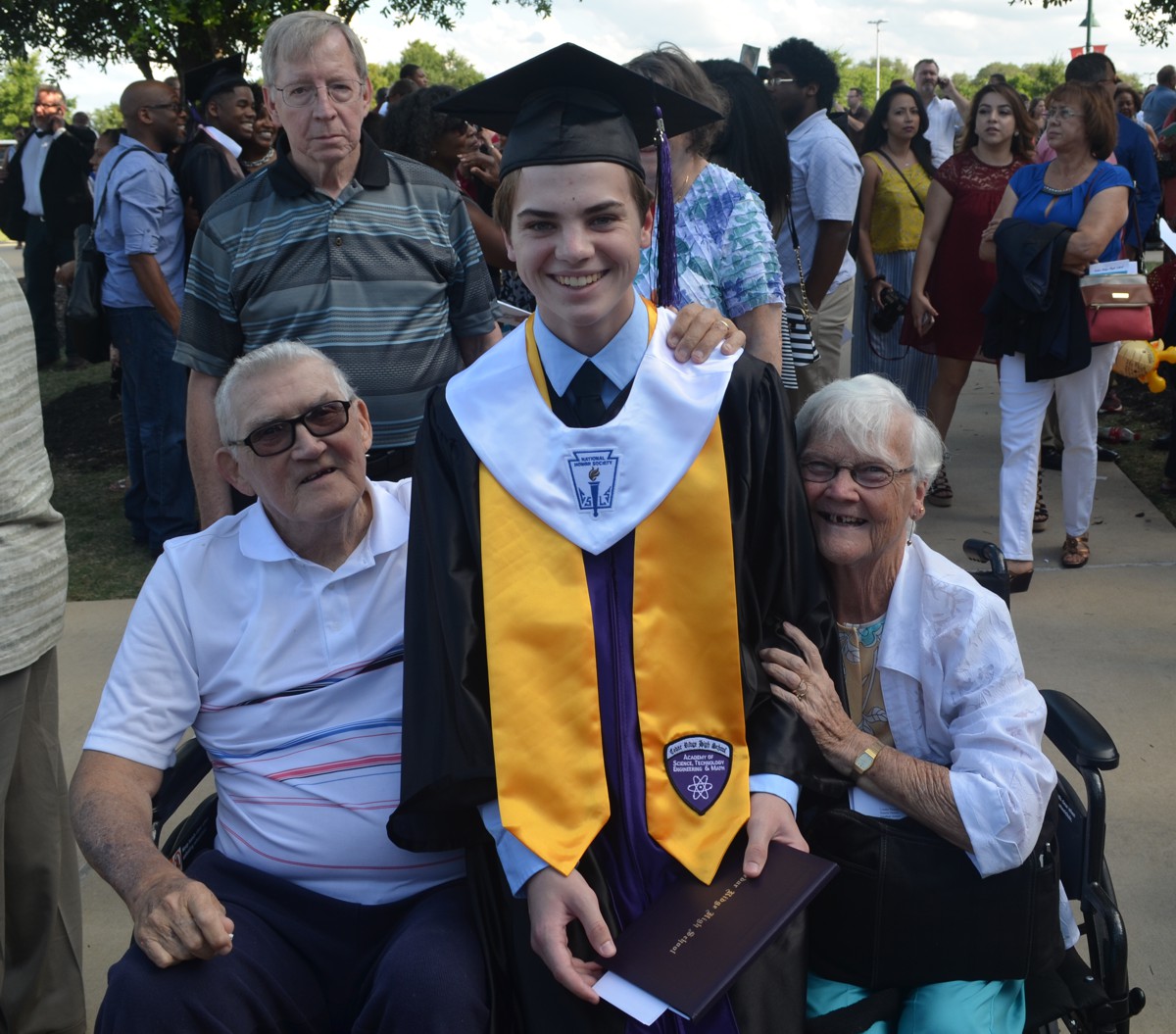 Edward's mom Carolyn and her second husband James pose with our grandson Ian. 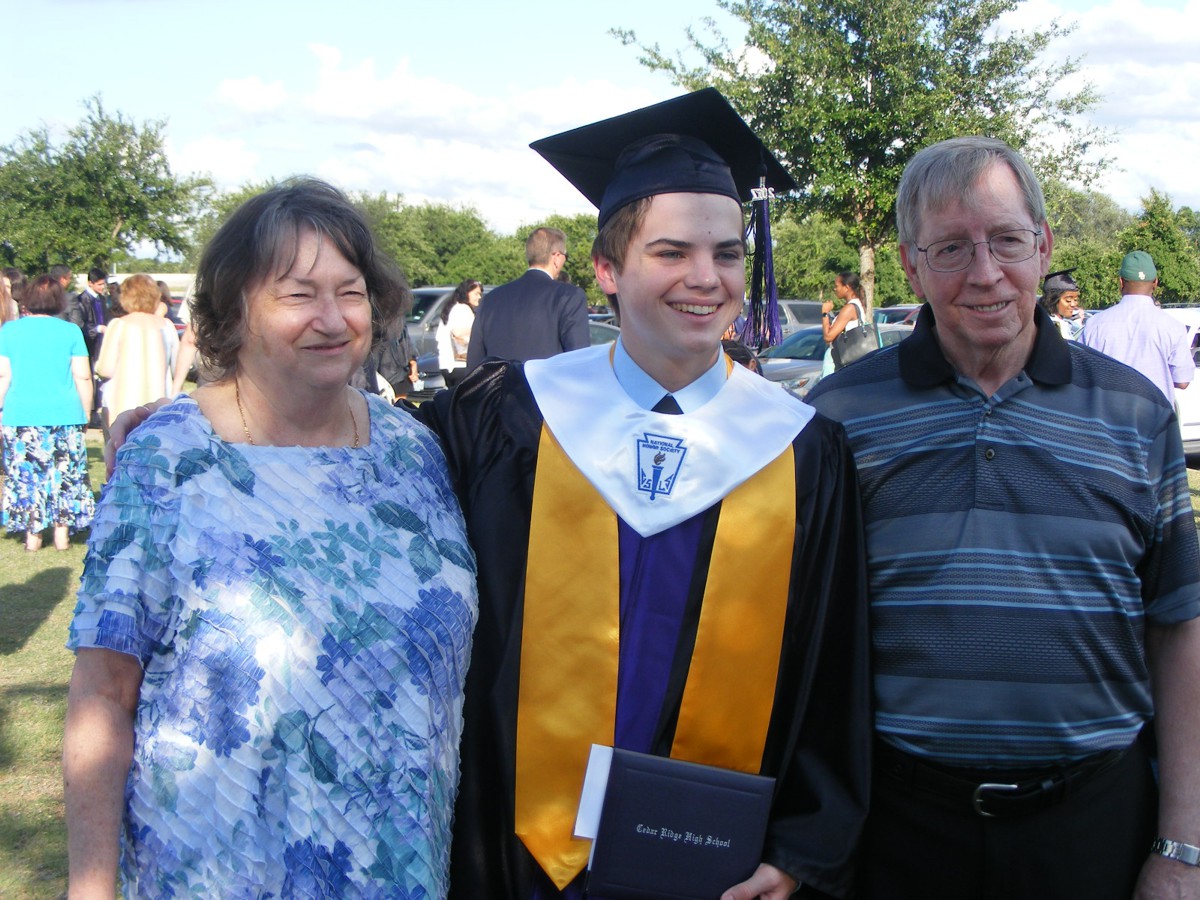 Edward took this photo of Ian with some of this friends. 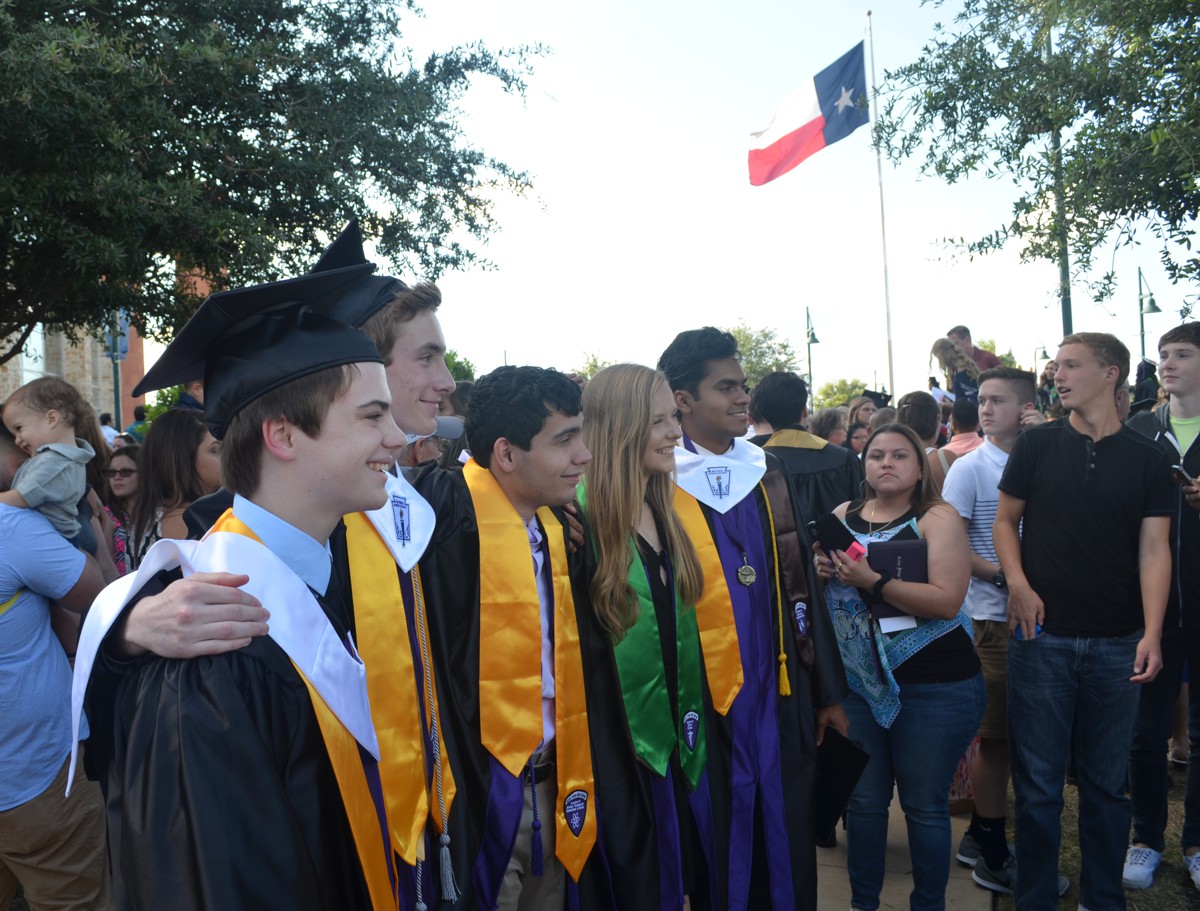 Maverick on the left, Tyler in the middle, and Ian on the right pose for this photo of close friends. 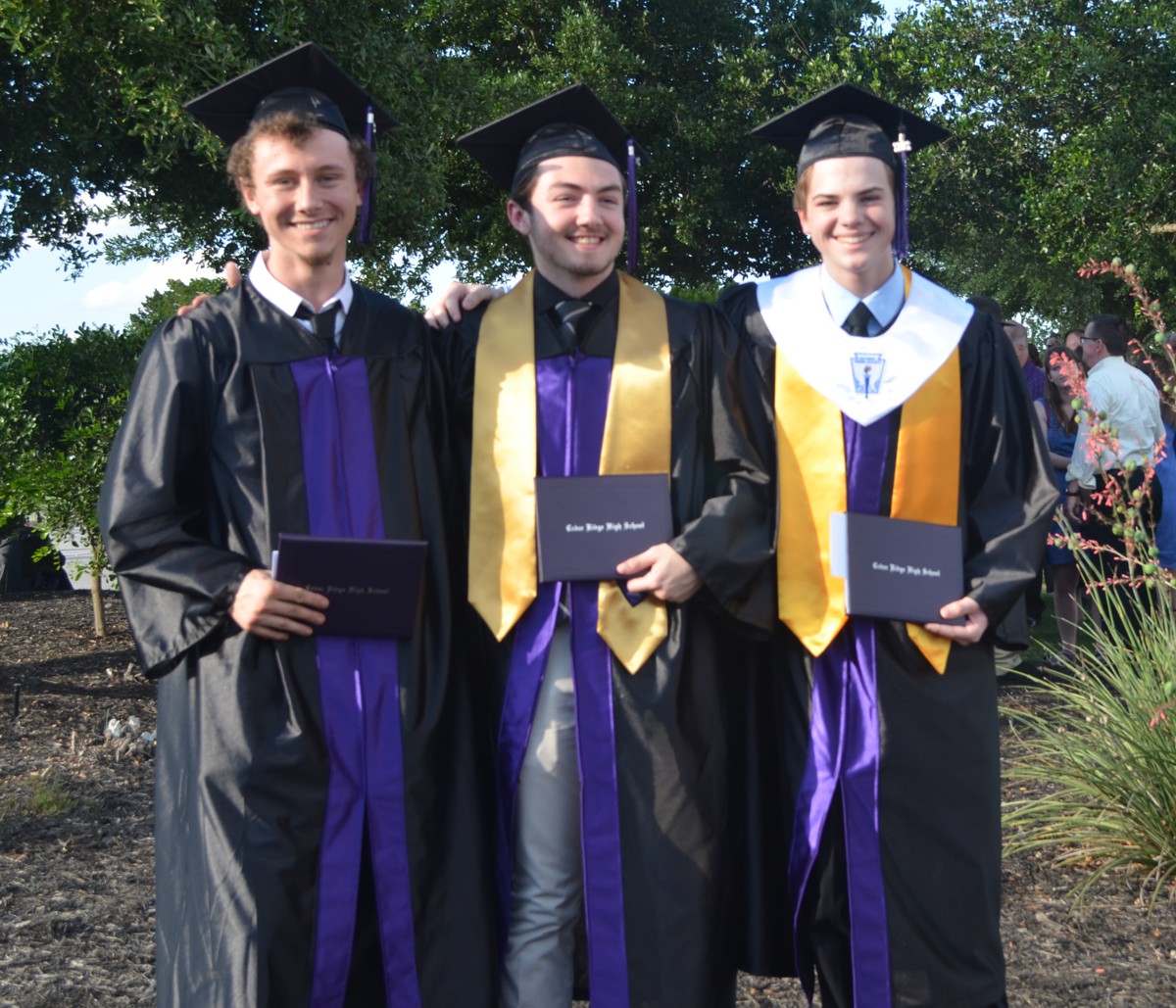 My son asked me to take this photo with his Nikon camera.  The Texas Thorne family of Round Rock poses for an historic moment. 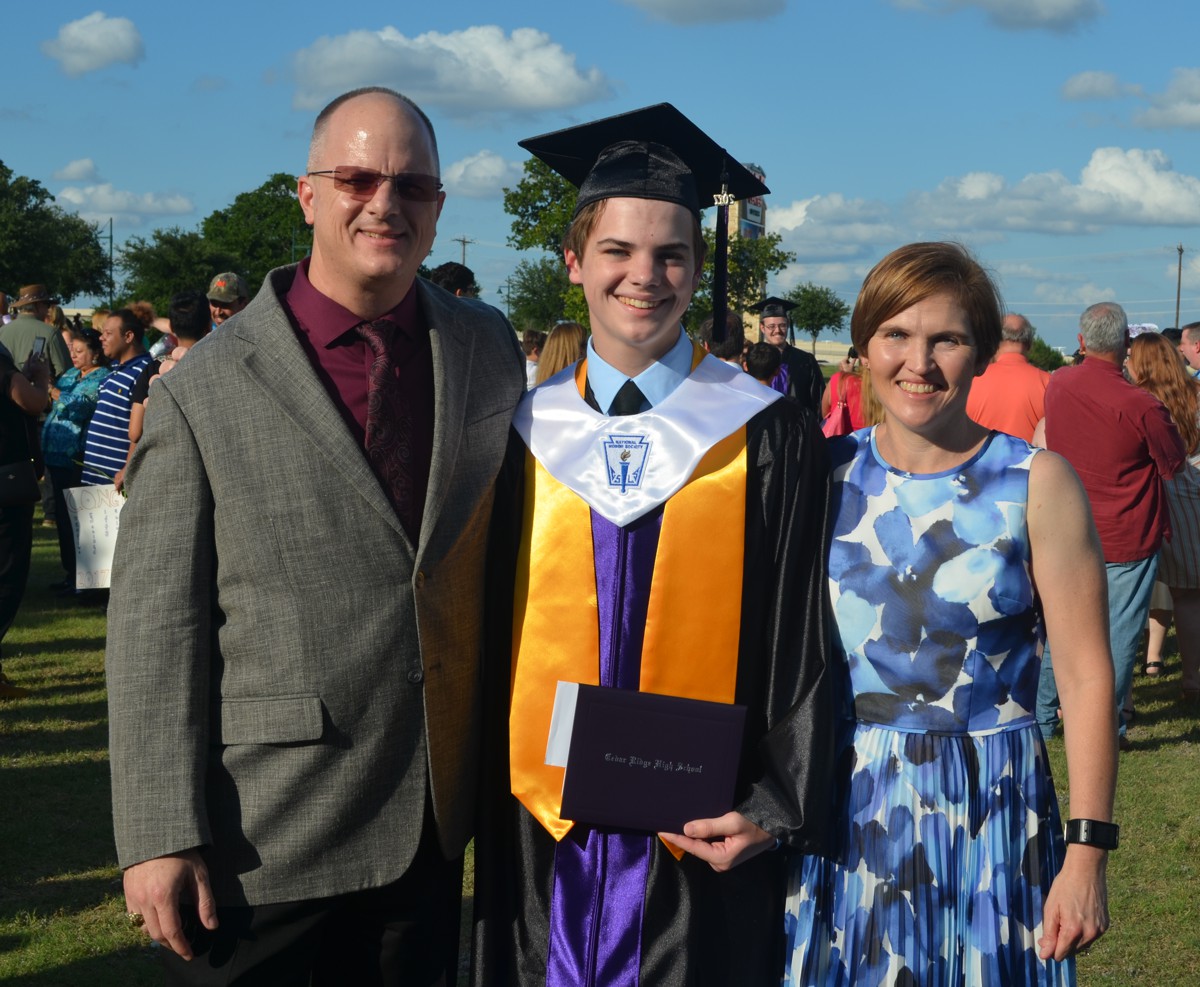 We all went to a local steak house for dinner with 10 family members that evening.  I snapped this photo of Ian at one end of the table using my cell phone. 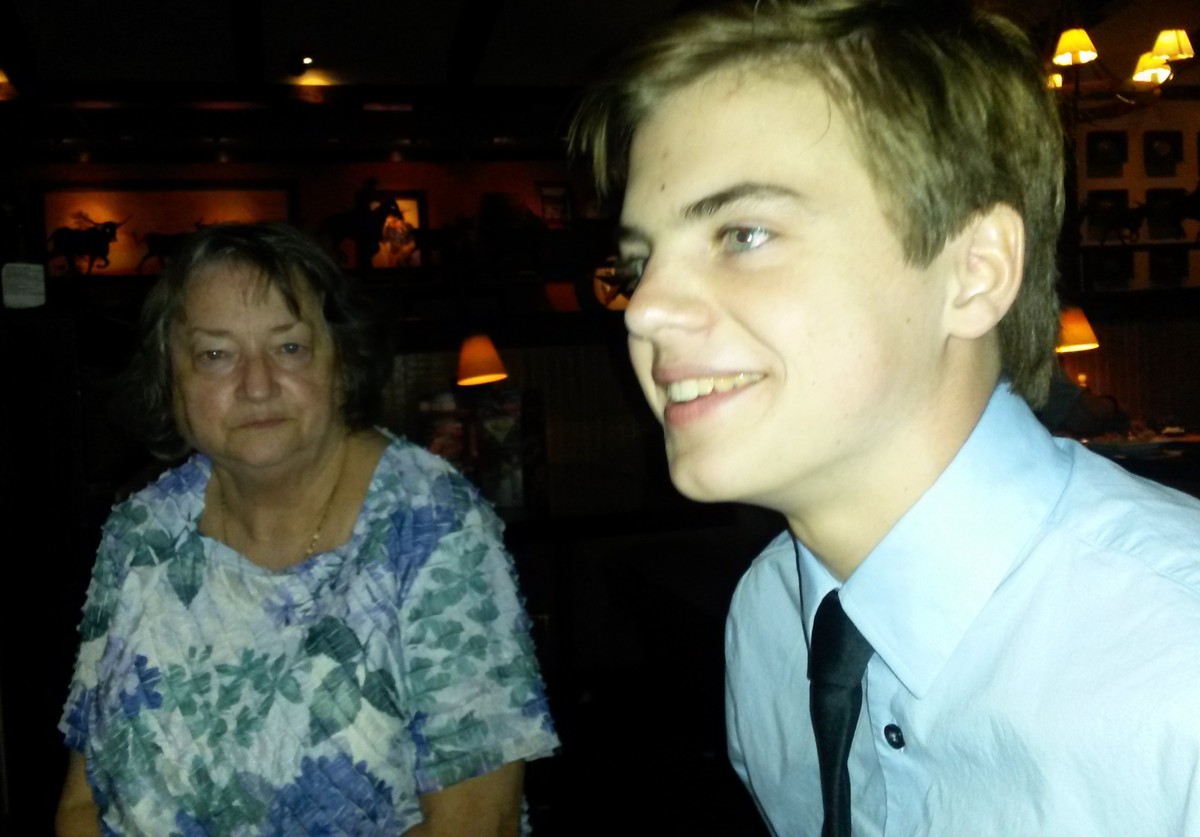