Here are a few pix from the recent Christmas dinner get together with my sister at the house of one of her daughters.  That's her in the center of the photo, Jennifer "Gigi" Dykes.  Her husband Paul stepped behind her older sister Jeanene Fowler on the right.  On the left with the really big smile is Dan, the neighbor and good friend of Jeanene.  Since both of these ladies are my nieces, I was around as a teenager when they were born.  Since they were both toddlers together as children, the names they gave each other were Gigi for Jennifer, and Nene (nee-nee) for Jeanene.  Today, the younger one is always called Gigi by everyone in the family. 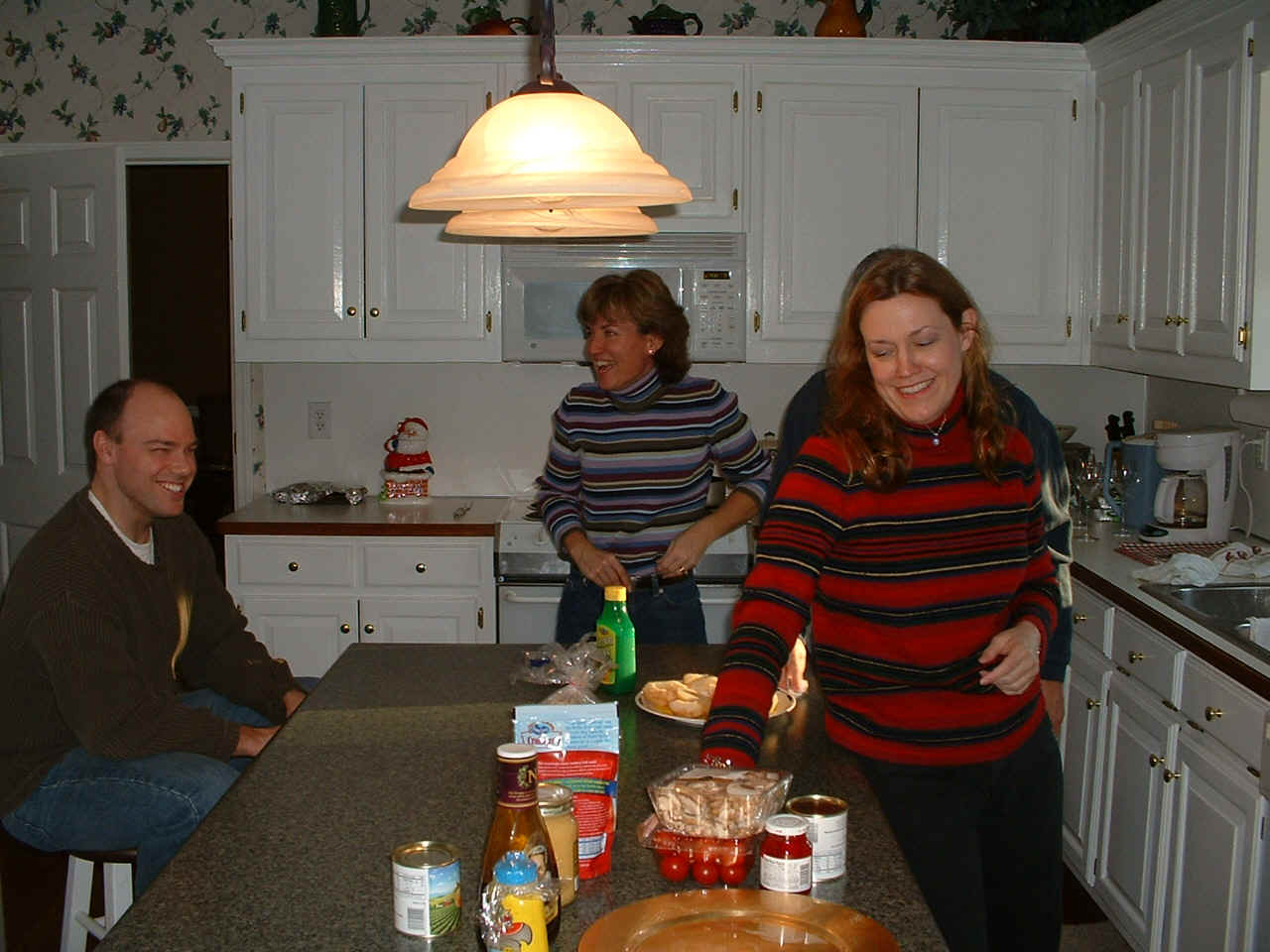 And one of the reasons we refer to her as Gigi is in this picture, her 12-year old daughter Jennifer is looking on as her aunt Jeanene prepares the salad bar for the evening meal. 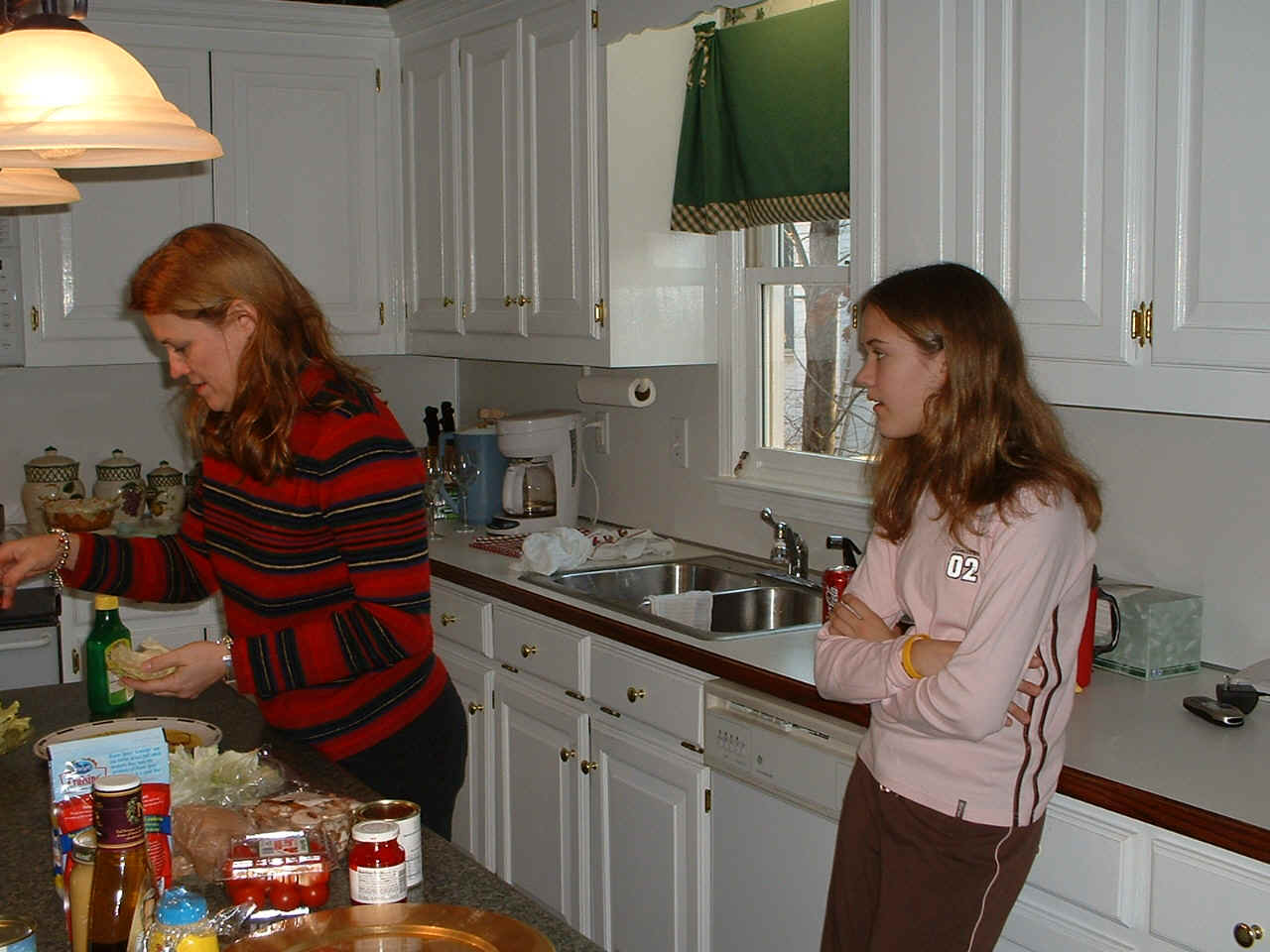 My sister Jean is greeting her grand daughter Kaleigh (Kay-lee) when she arrived with her mom.  It is going to be interesting to see this little girl grow up.   She has eyes similar to Nicole Kidman.  We shall see... 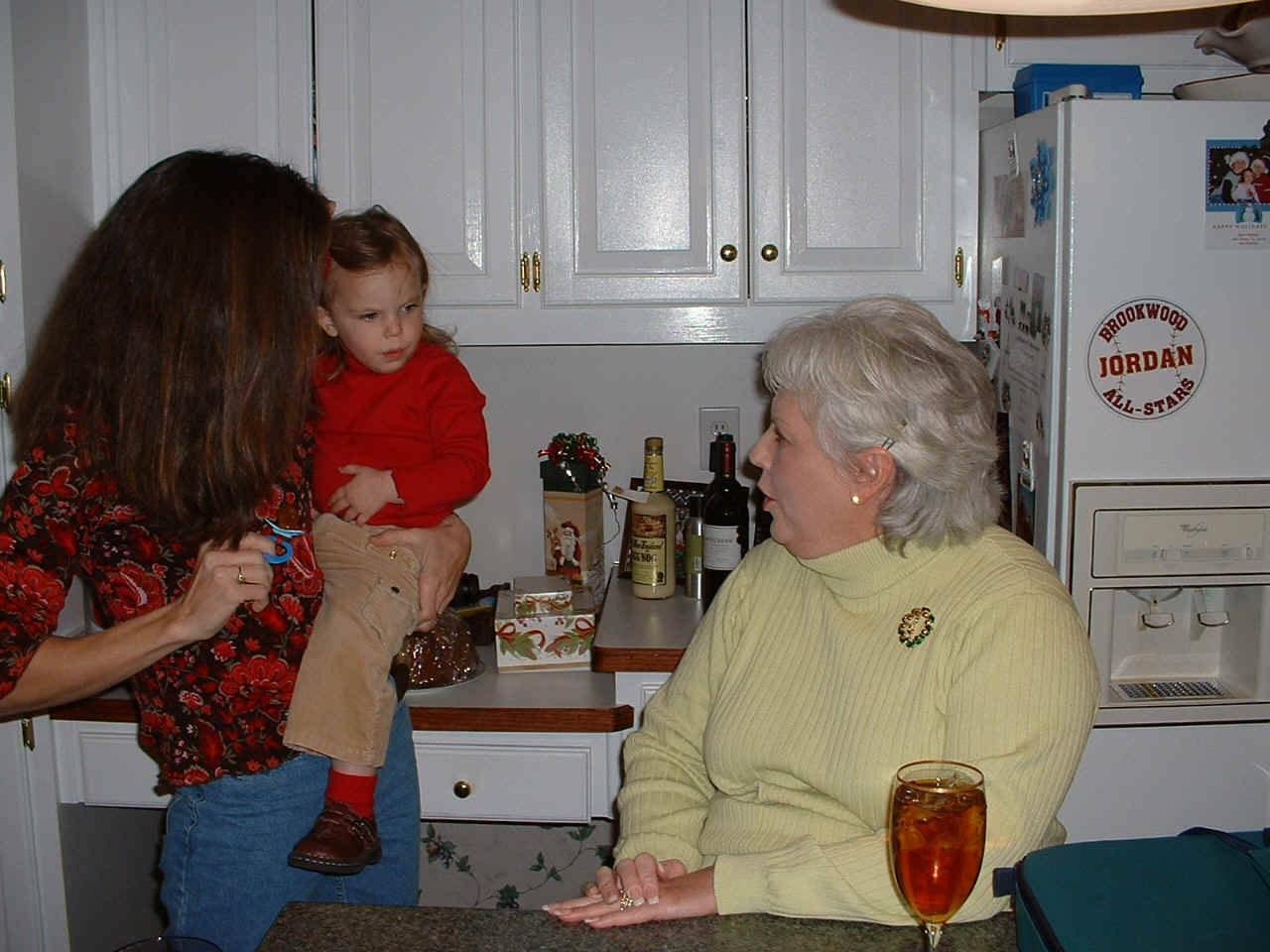 Here is a better picture of Jean, who is my older sister.  After the loss of my mom earlier this year, we are the only ones left from our generation of the family. 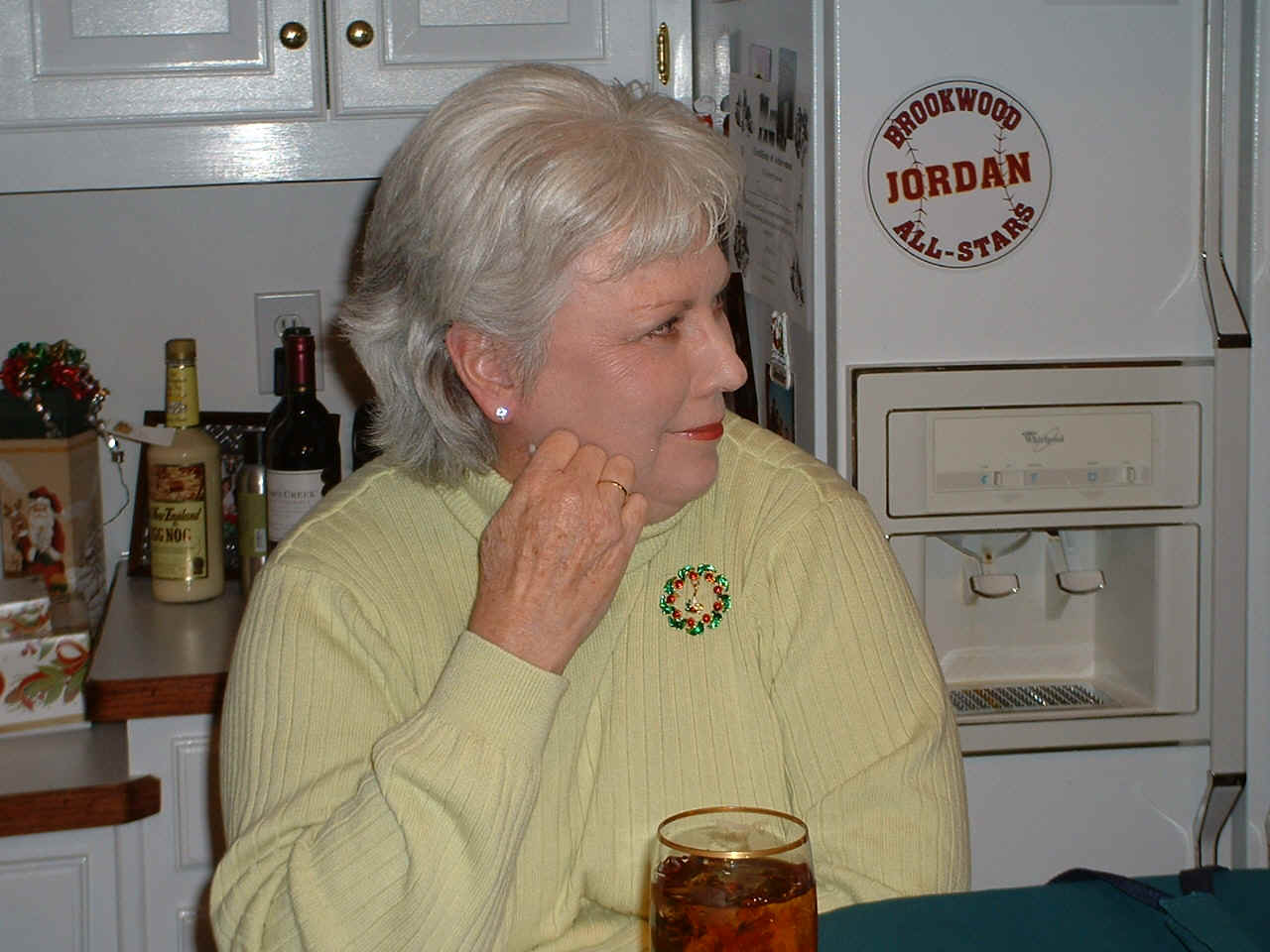 In this one, you can see who Kaleigh's mom is, Renee Fowler, married to my nephew Jeff, my sister's only son.  And there is Gigi's husband Paul Dykes at the sink, doing his part to help prepare the evening meal.  The filet mignon was really good!  Thanks, Paul!

And I won't bother you with the photos of kids tearing open early Christmas gifts and all that.  (Some of them were out of focus and had red eyes.)  This family get together has always been held on December 23rd of each year -- my mom's birthday.  This is the first one since her passing in April 2004.

Back to Family Home Page.