November 27, 2006:  The Monday evening session was about additional wiring.  I helped Wendell select the correct wires from Van's wiring diagram and began rough placement of wires going to/from the switch/breaker console.  This photo is looking down in front of the main wing spar area.  The corrugated black conduit will secure the wires crossing under the joy stick.  The conduit will be secured to the same clamps that hold the fuel line.  A second conduit was added to carry wires behind the panel. 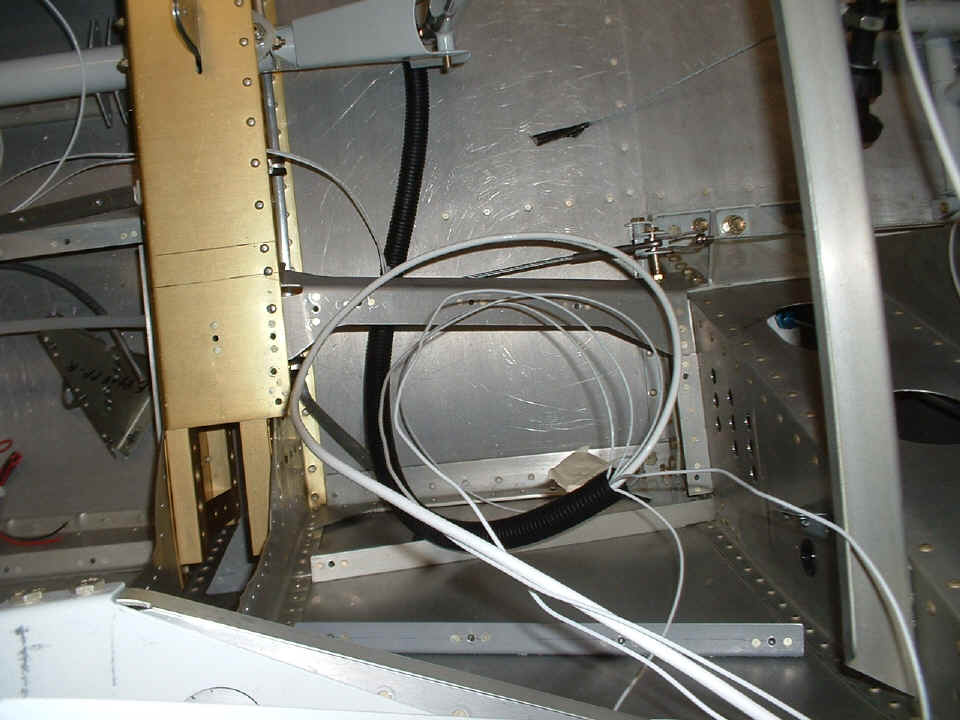 The large master power cable running to the starter solenoid now has some little friends making the route to the back.  The flap motor cables go along with the avionics master cable and the wire that engages the master solenoid at the battery tray.   Wendell has to add an 18-gauge wire to connect the white tail light to the NAV light switch.  The wires for the wing tip marker lights are placed temporarily until they can get their final routing to the wing root area and connectors added.  The starter solenoid control wire is routed, along with the wire for the alternator output to the 60-amp breaker on the panel. 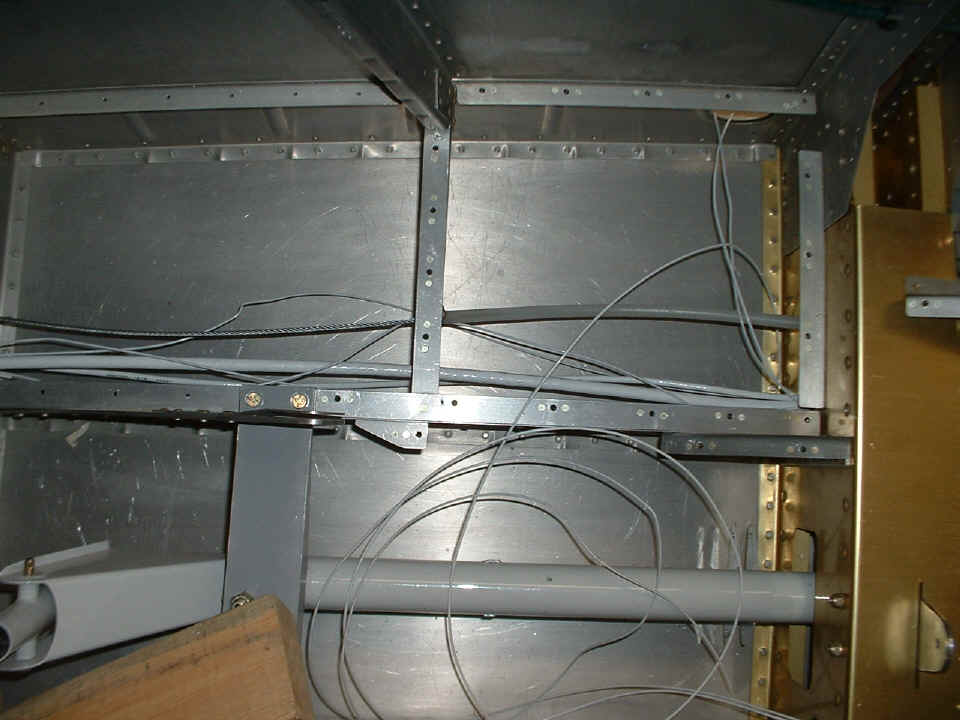 The strobe cable going to the tail light assembly will also receive conduit protection in work that Wendell will be doing when I am not around.  He is also preparing to have some additional painting done inside the fuselage before installing the avionics circuit breakers in the right gear leg tower bulkhead below the main switch panel.

November 29, 2006:  One more photo to add showing the first connections to the switch/breaker console.  Many of the wires have been connected, but there are still a few to run to the appropriate locations.  You can see that Wendell had the inside walls of the cockpit area painted.  The roll bar was removed to aid in this painting process. 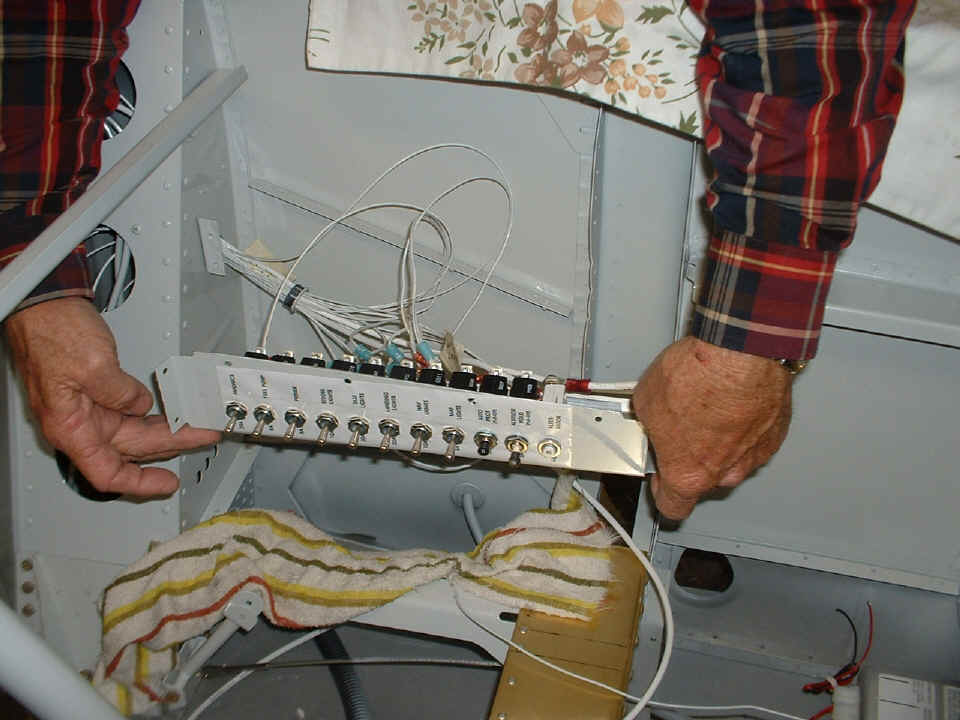 December 11, 2006:  The trip to Florida on business kept me away from Wendell's project.  He was glad to see me back home again.  He is very wary of doing anything "electrical" without my constant supervision before and after his assigned tasks.  Tonight it was all about getting the avionics breakers wired and ready to install.  The flap circuit breaker and the ignition module breaker also had to be connected prior to installation. 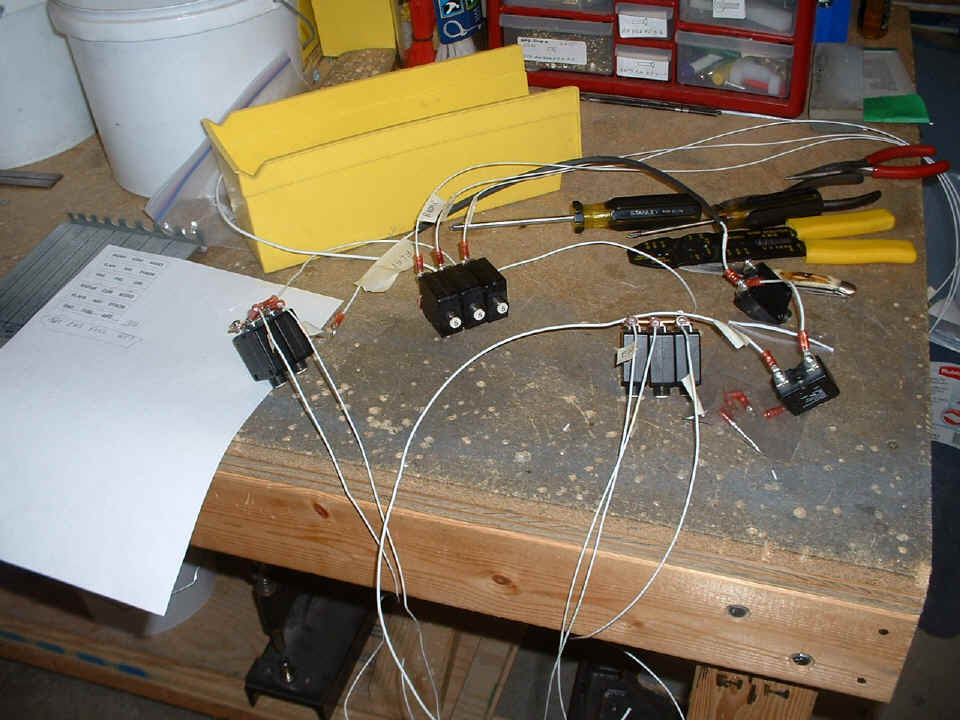 Before I left for Florida, Wendell asked about putting in a second bushing to isolate the three large wires from all the others.  You can see that work has been completed.  There are now TEN circuit breaker mounting holes in the tower leg bulkhead.  The ten circuit breakers are all shown on the table in the photo above.   Wendell has starting "dressing the wires" going to and from the switch/breakers. 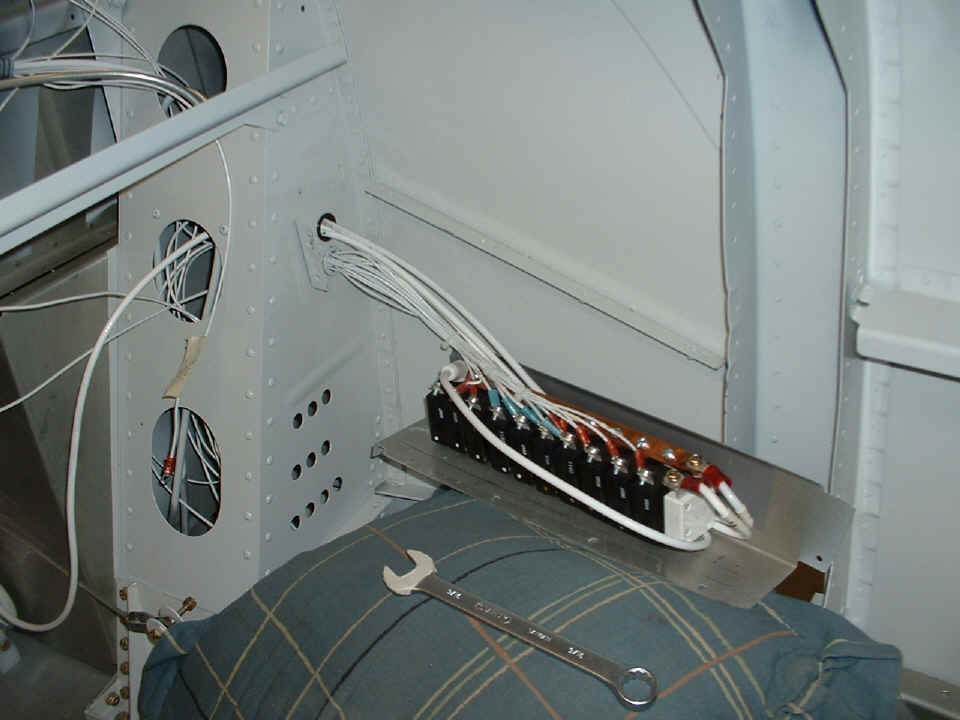 The switch/breaker console is shown below in its approximate mounting position.   Next is the clean up of the wiring with tie-wraps inside the gear leg tower area.   The extra wire not needed for servicing the switch/breaker console will be pulled away from the gear leg tower toward the termination points at the wing root and instrument panel connections. 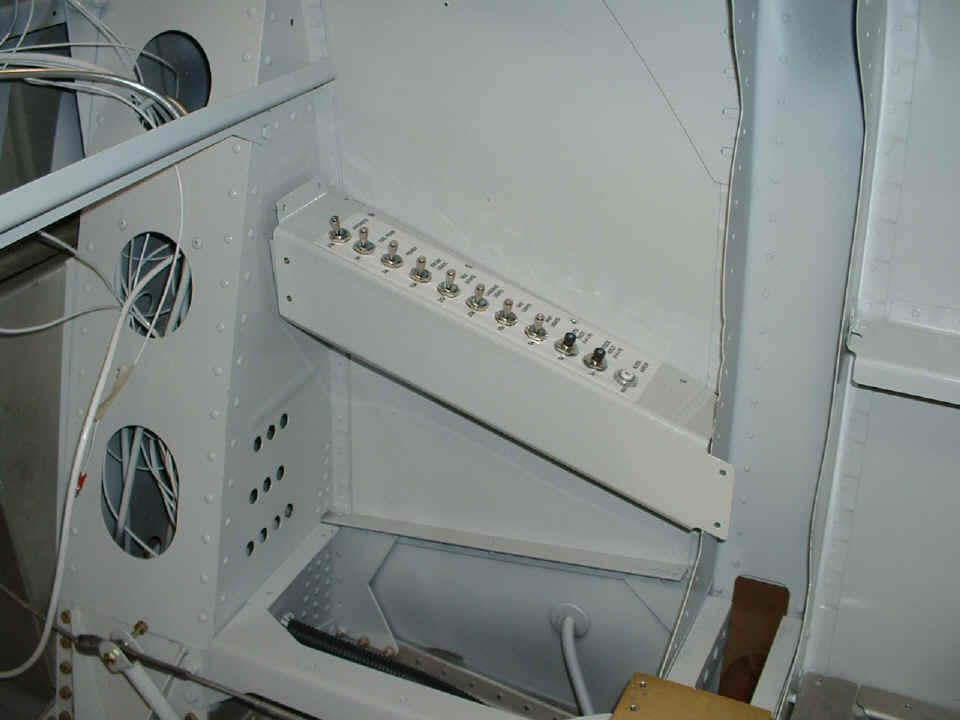 At the end of tonight's session, I was finding the hardware to connect the engine and propeller control cables to linkages on the carburetor and the prop governor.

December 12, 2006:  One day later finds the wiring mess inside the gear leg tower looking "ship shape" at last.  All of the smaller wires going to the avionics are labeled at both ends for future ease of maintenance, etc.  Wendell pulled out excess wire toward the devices that will soon be connected.  There is still enough slack in the wires going into the switch console to allow maintenance as required. 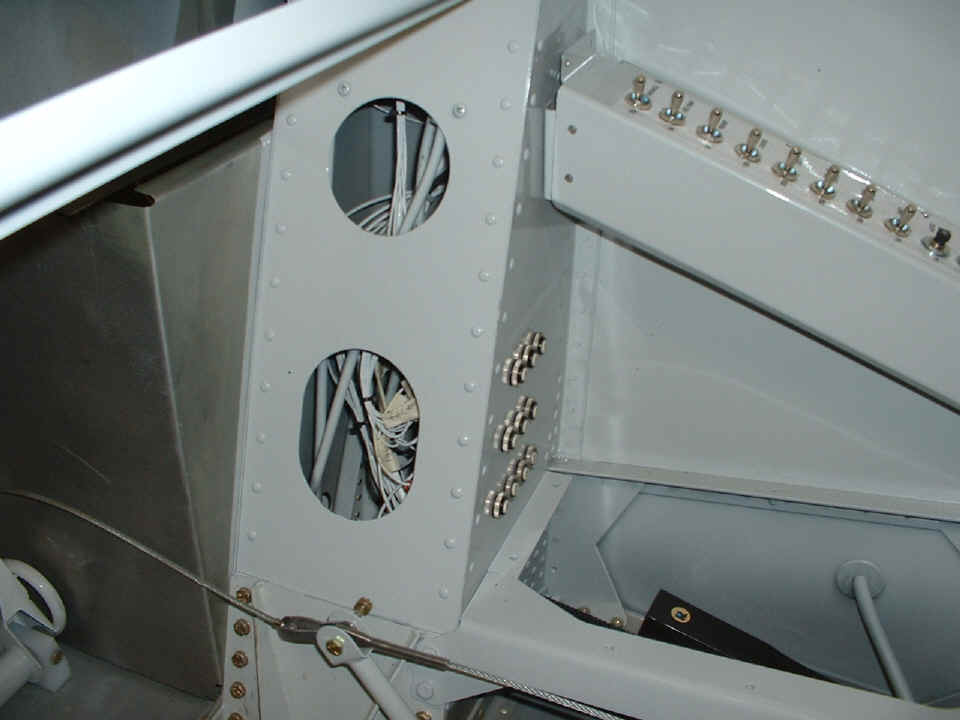 I also examined his engine and propeller control cable connections and adjustments.  One washer was in the wrong place on the prop governor control arm.   The throttle linkage was just a bit too long, preventing the closure down to minimum idle position.  We also talked about routing the wiring from the Dynon D10-A to the remote magnetic sensor.  The decision was made to place the sensor out at the wing tip on the last wing rib.  Wendell will order the mounting bracket for it..