October 1, 2005:  (This posting covers several days when my web site was out of service.)  Wendell has been making progress in the past week on his empennage parts.  He is finishing up the preparations of the stiffeners for the elevators and rudder before he can have a primer session with all the empennage components. 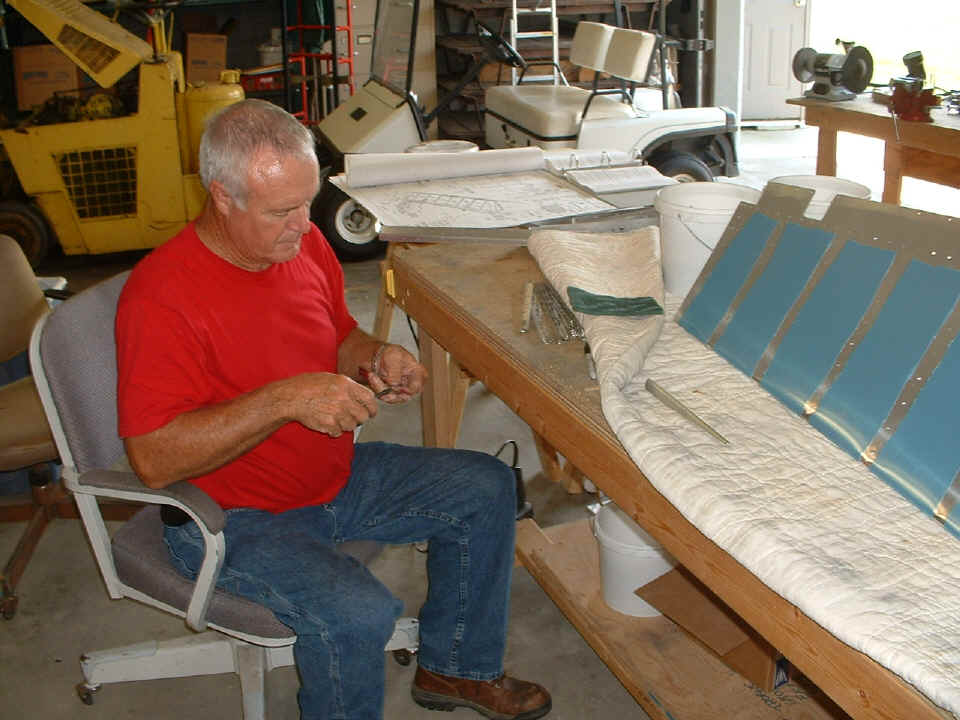 Before any priming begins, he is scuffing all the surfaces with a Scotchbrite pad and removing remaining oil residue with acetone. 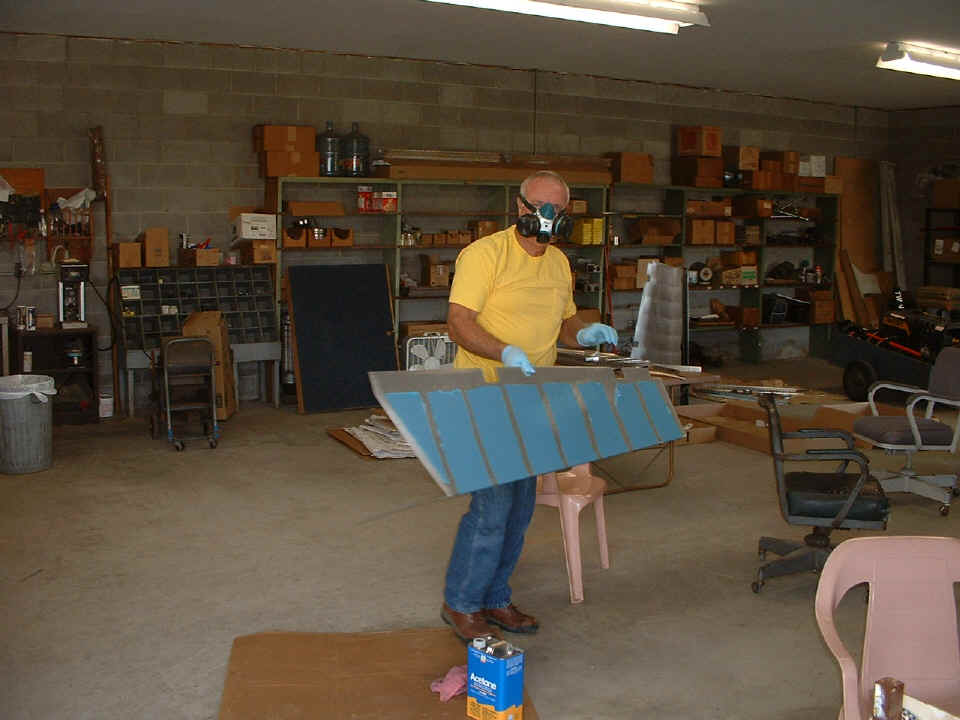 After all the cleaning was completed, every inside surface of the skins was primed and both sides of all the other parts were also sprayed.  That white paper on the floor is some of the remaining packing material from my slow-build shipping crates. 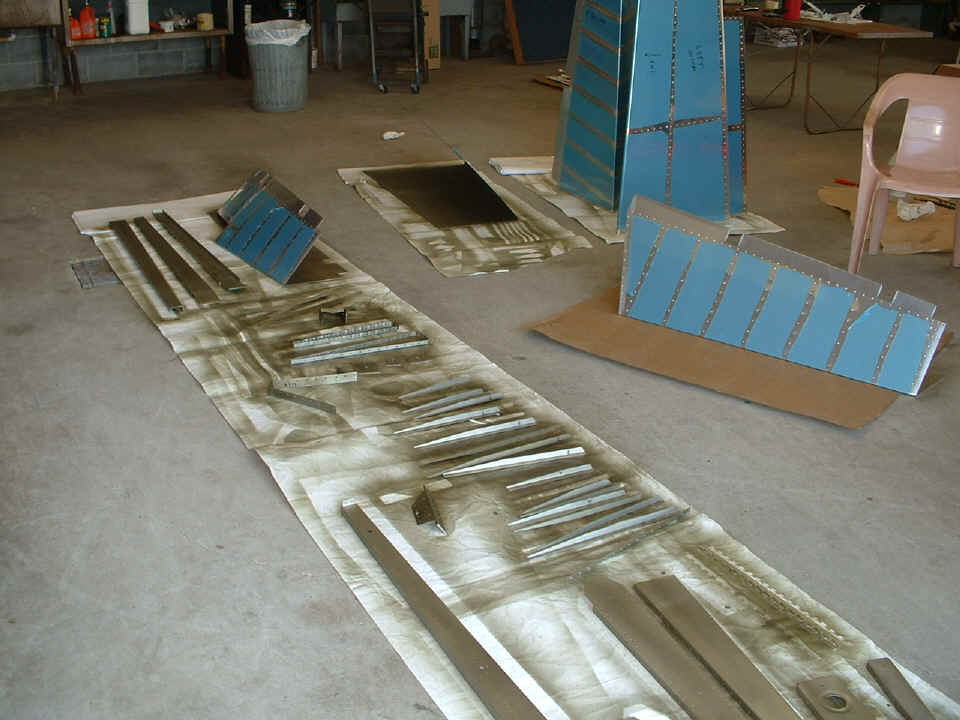 Wendell used some of his empennage shipping boxes to contain some of the parts for the priming session. 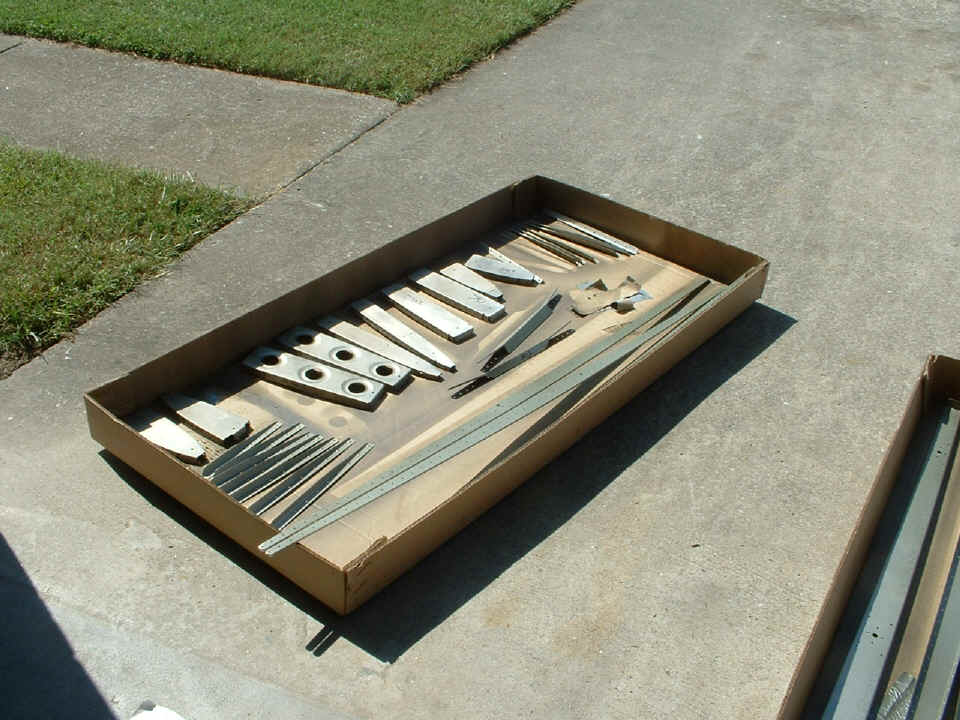 The HVLP sprayer gets a little bit of lacquer thinner put though it at the end of the priming session.  That stuff evaporates before it can hit the ground or the pavement.  Notice how far away I parked my car when I arrived to find him working with the primer and spray gun. 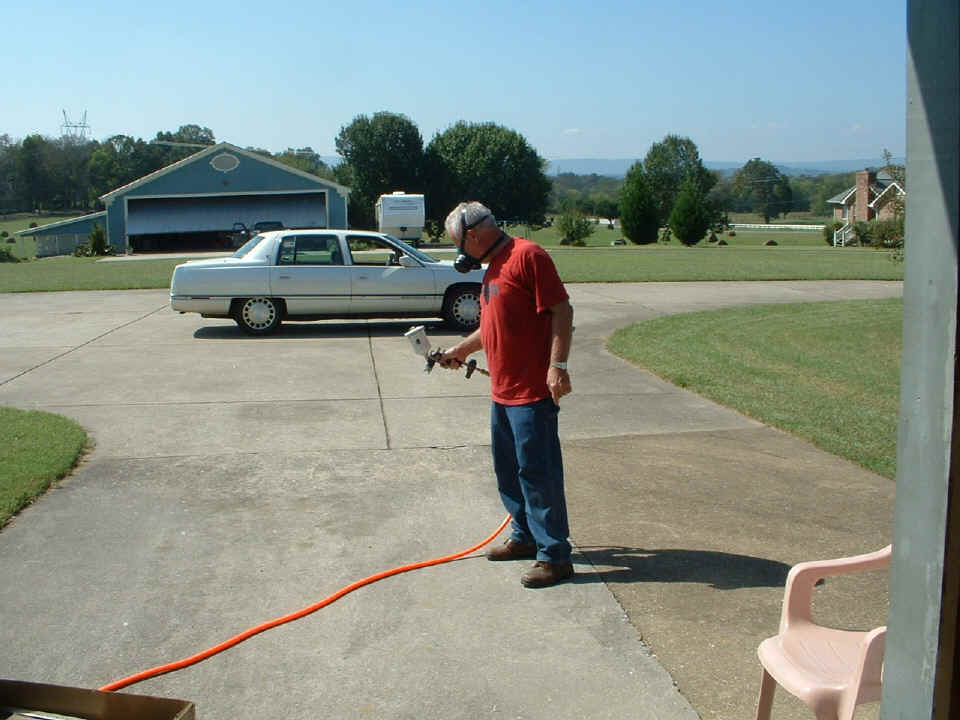 Since back-riveting is the easiest rivet gun technique, that was the first lesson I provided to get Wendell started in the assembly.  He had a few bad rivets before I showed him how he was using the rivet gun improperly withhout holding the back-riveting tool in the correct position.  We also did some squeezer work on the trim tab doubler plate. 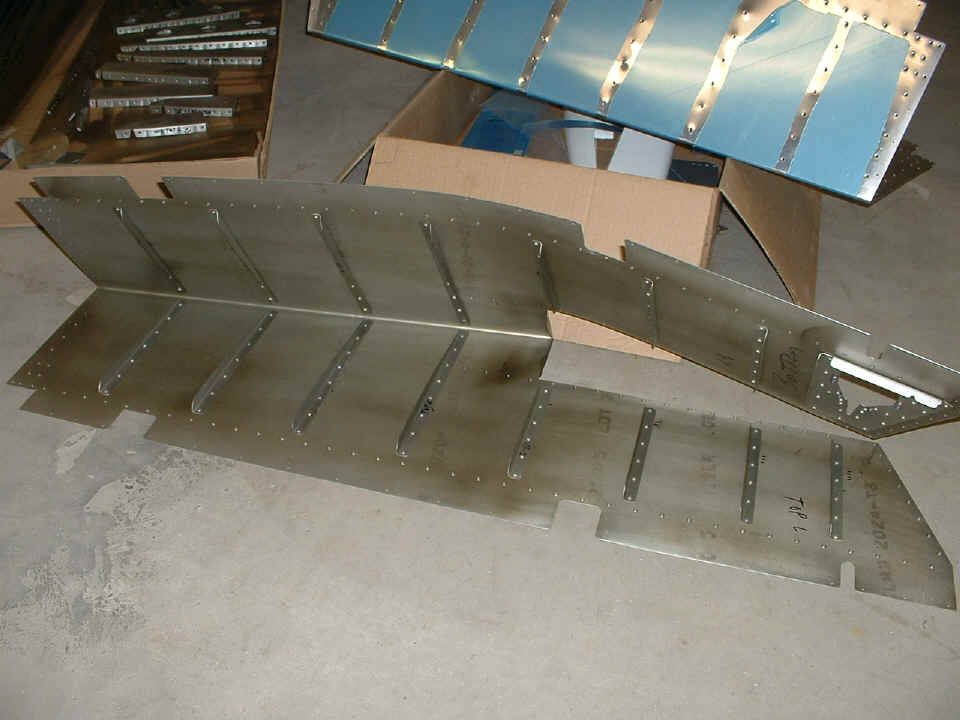 By the end of the day, the elevator control horns were riveted to both elevator skeletons and that was where we stopped. 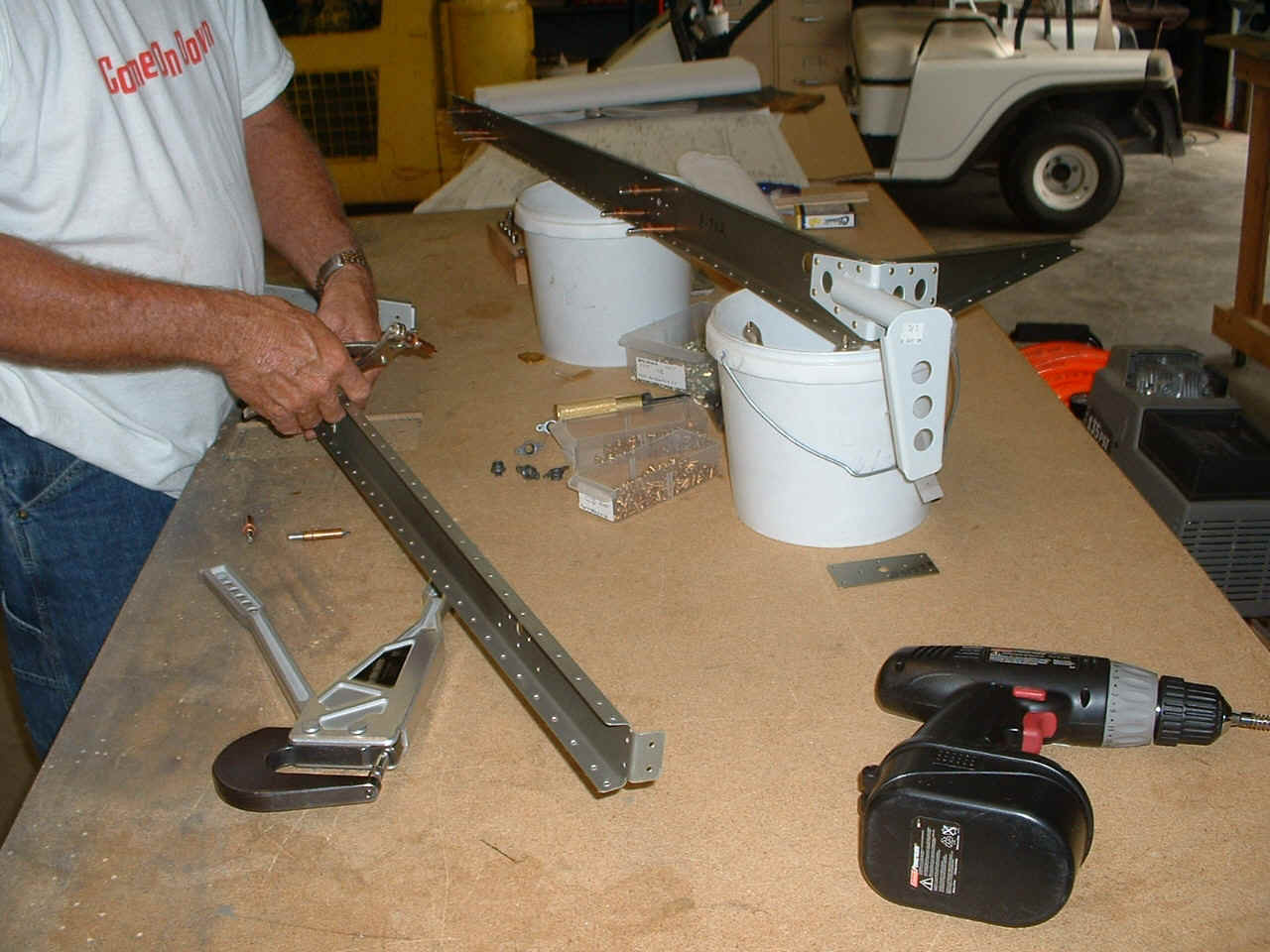 By the end of the work session on September 30th, a few rivets had also been set using the mushroom set on the rivet gun and a bucking bar.  The rudder is the first piece to be riveted together.  It is still a work in progress as shown here with only one side of the skin riveted to the rudder "skeleton".  Wendell had to run some errands on this Friday afternoon, cutting our session short around 2 PM.   The trailing edge has been bent to the final shape.  There will be more about the rudder and other empennage parts on the following pages. 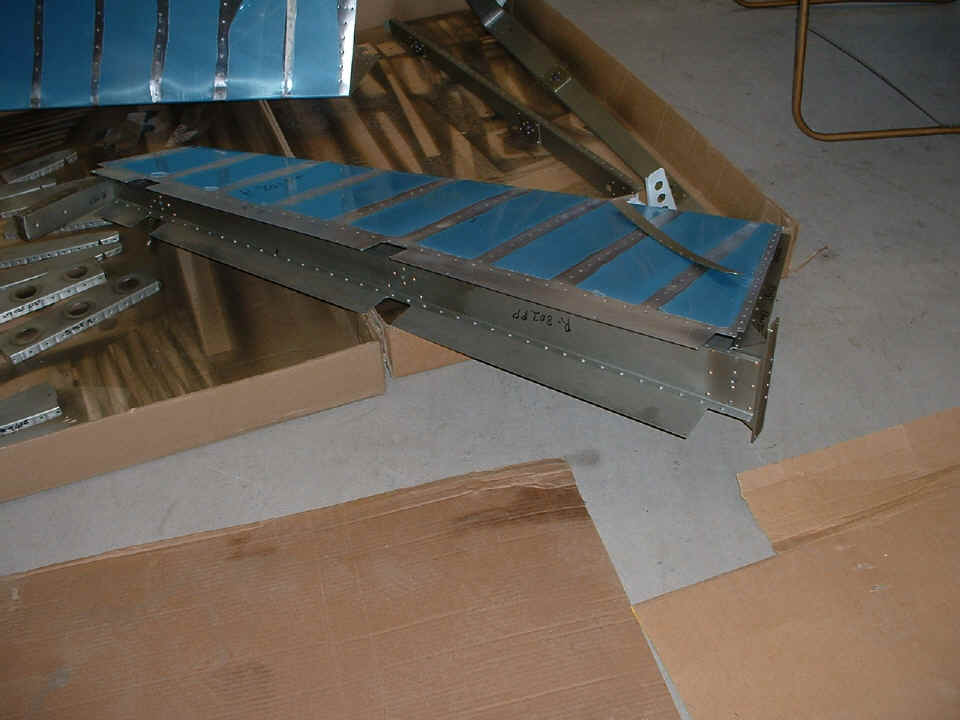