January 6, 2019:  This is the first flight of the new year on a Sunday when the sky was absolutely clear of clouds over the mainland.  This flight follows the same route from the flight of November 25 with some different camera angles.  This time, the Melbourne Airport is seen from about 3,000 feet MSL looking east at the Atlantic Ocean. 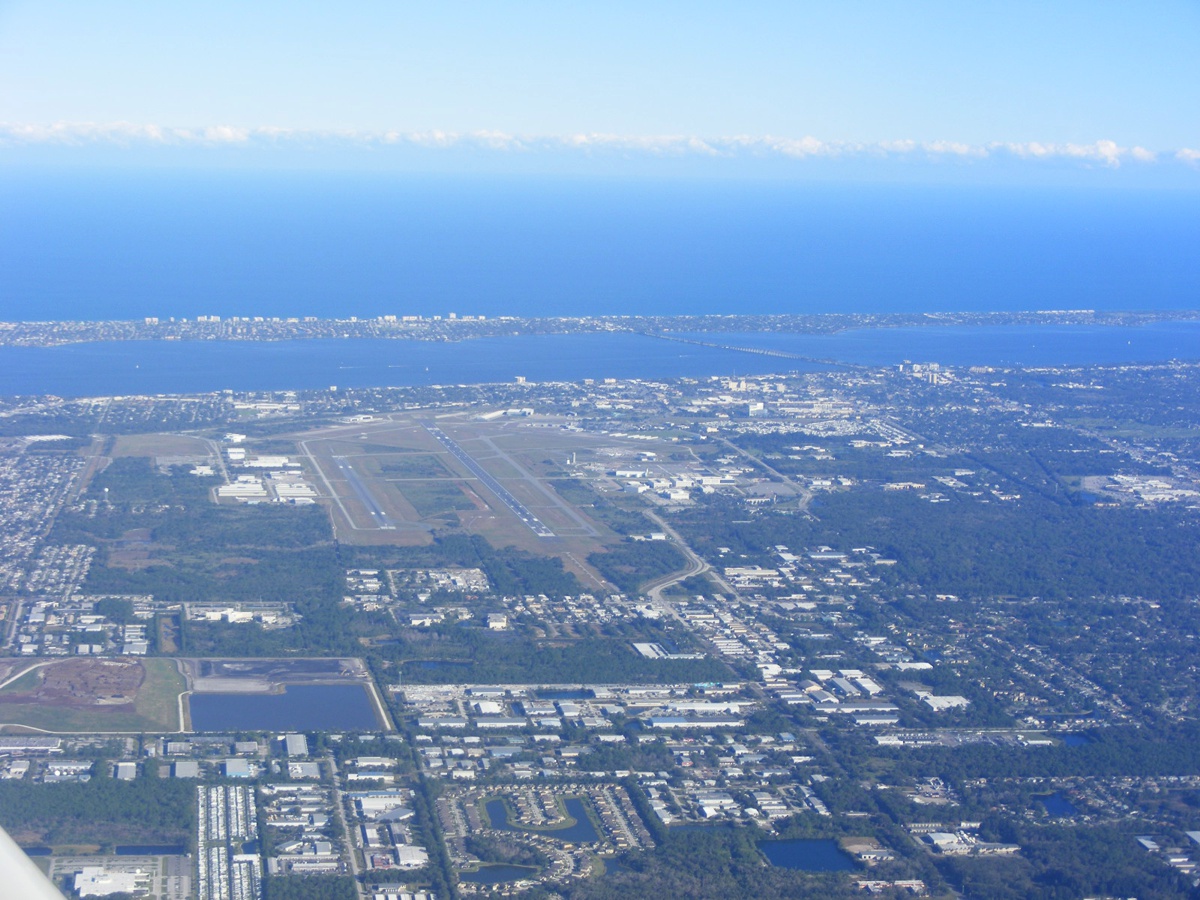 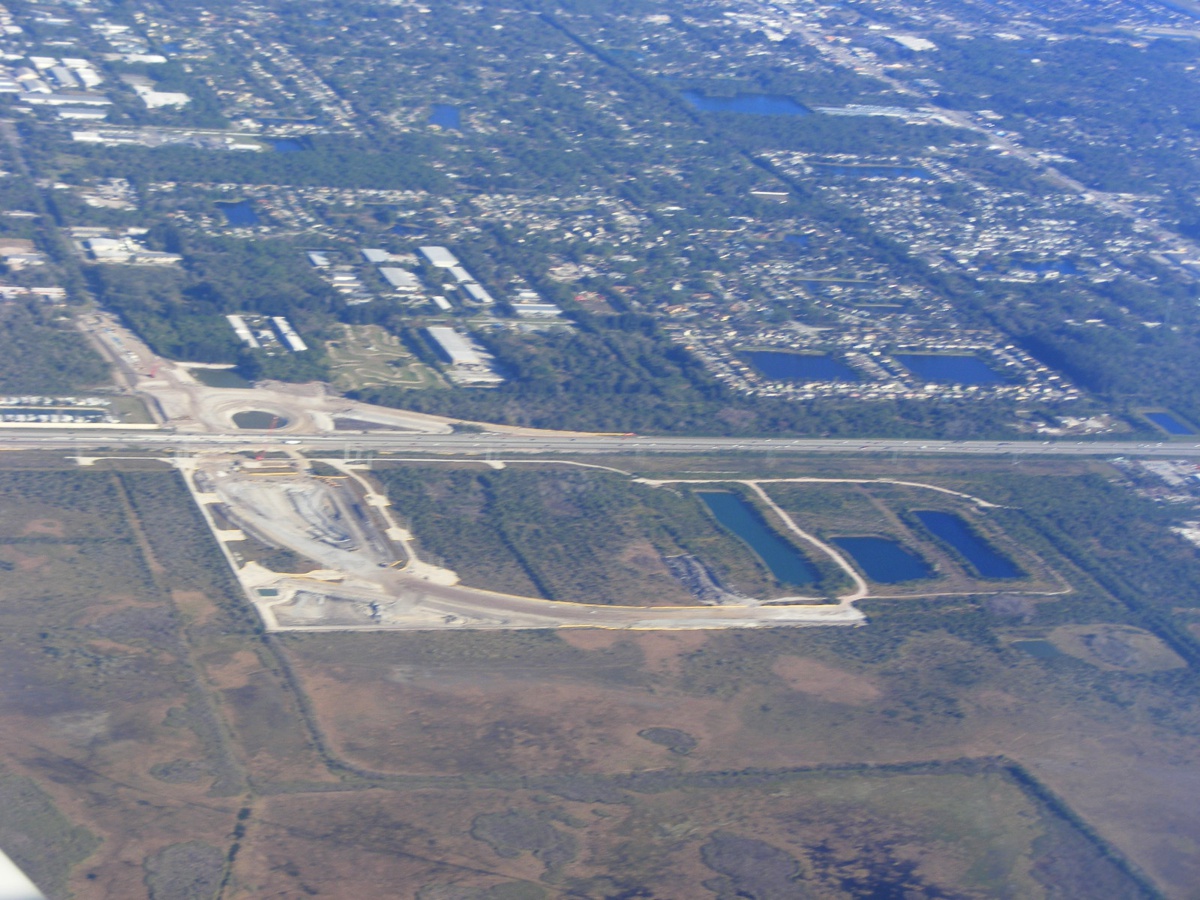 The golf course conversion to home sites Phase 1 also did not get much work done over the holidays. 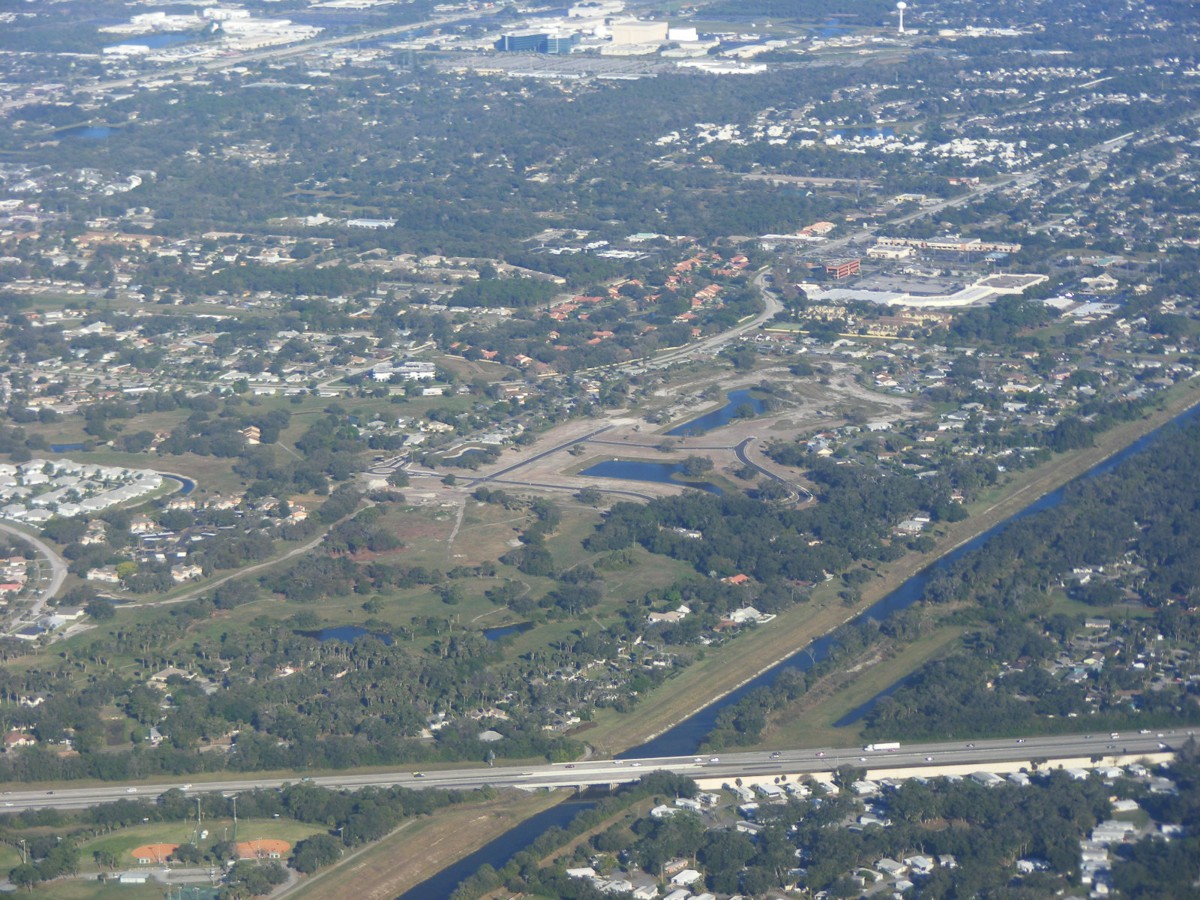 Ditto for this view, but there was some sod place behind our house.

The northbound flight home to the Rockledge Airport is by now a familiar sight to my regular readers.  That I-95 exit below connects to route A1A at the beach to the EAST beyond the right side of this photo.  That exit to "nowhere" will eventually connect with the Osceola Parkway that will pass to the north of Saint Cloud, Florida and East Lake Tohopekaliga.  Those are native American names for Osceola County and the two lakes at Kissimmee and Saint Cloud. 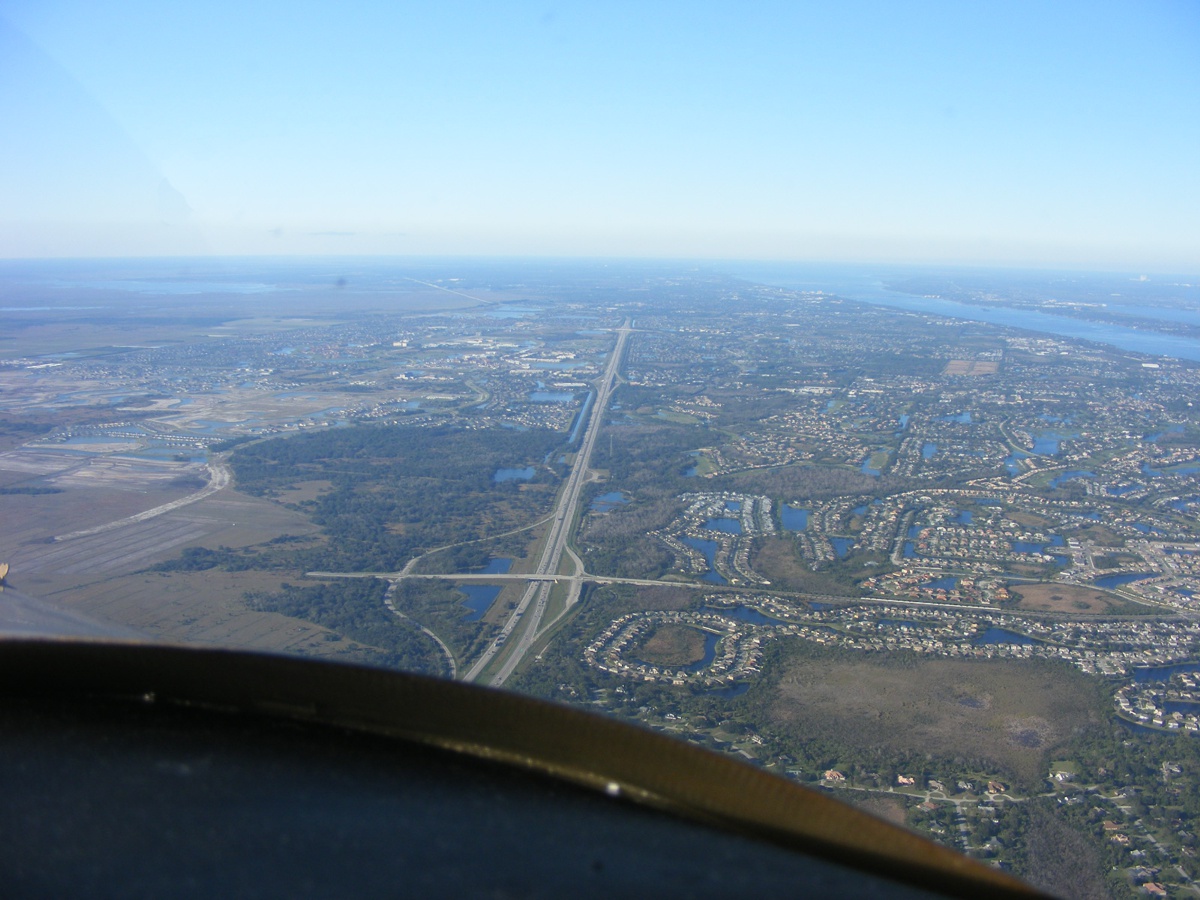 Here is the familiar flight path for photo work near home.  The flight time today 0.6 hours which makes the total time on Enterprise 429.3 hours. 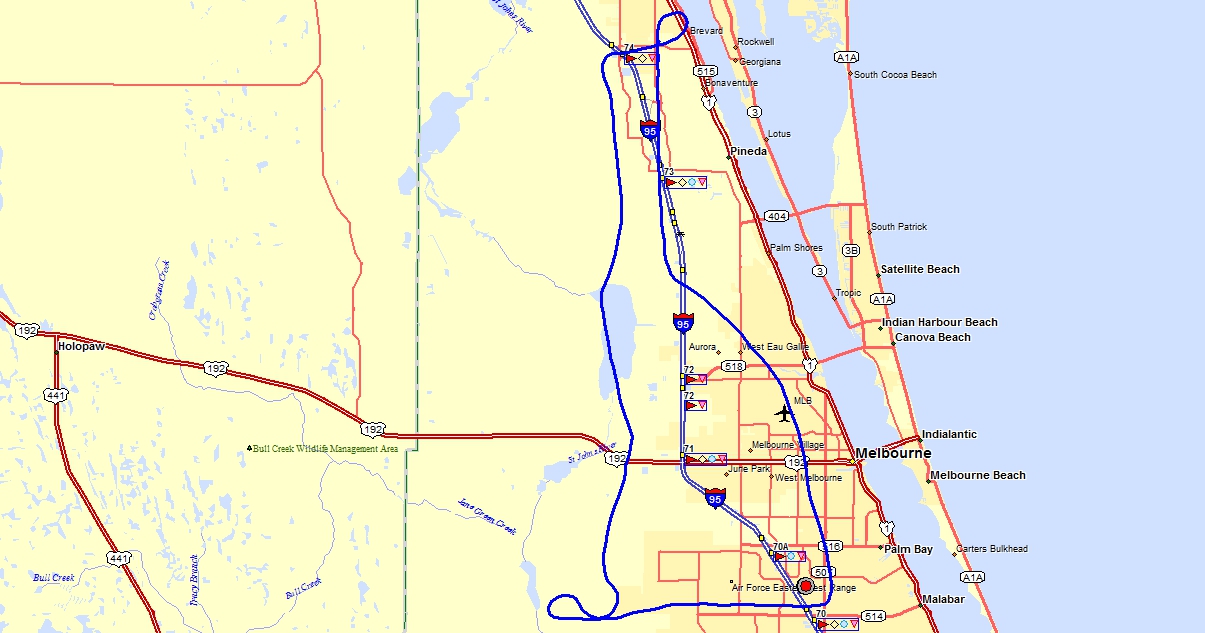 April 5, 2019:  This is one reason I have been quiet on the web site.  This lady became my friend in 1978 when I was learning to fly Radio-Controlled model airplanes.  Her husband at that time was my flight instructor.  They divorced in 1999 and she has not had a serious man in her life until we renewed our friendship this year.  She invited me to a karaoke night at the Drunken Parrot Saloon in Saint Cloud, Florida on February 14, 2019.  This photo was taken on April 5, 2019 in her home.  Her dog is a 20-pound Yorkie-mix named Chase. 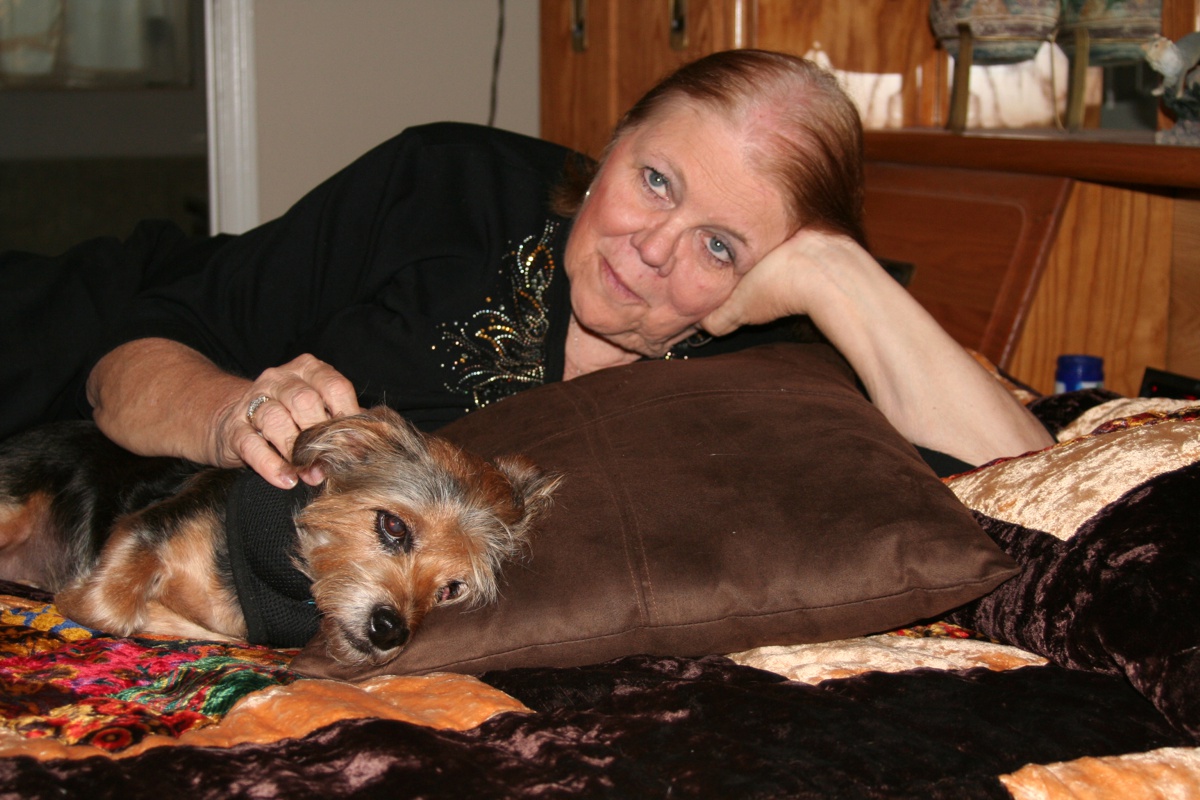 This is what a winner looks like!  Now, she is my winner for sure.  Her crown is on the front of a black cowboy hat that hides part of the letters in the background. 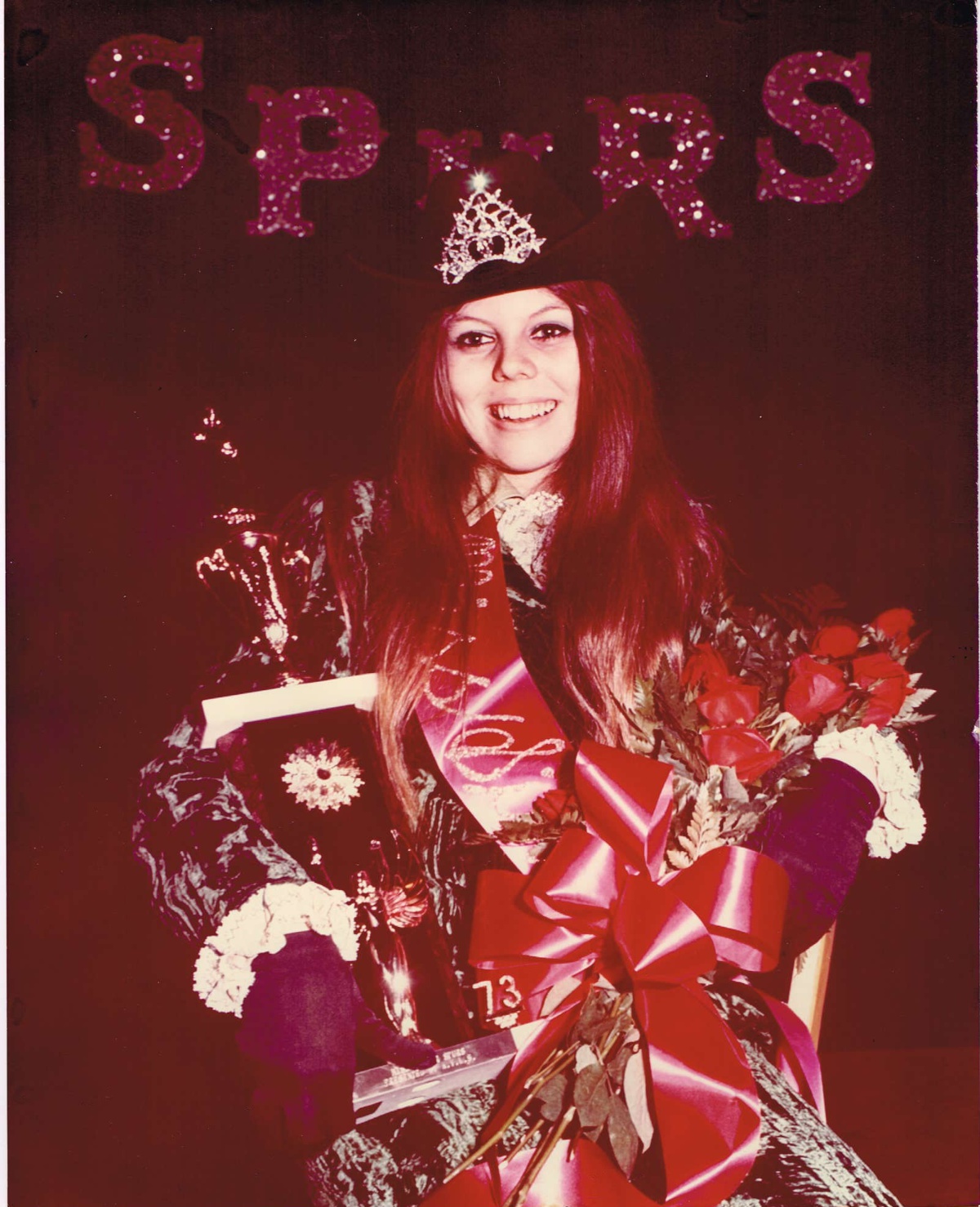 Here are the two finalists with the 1973 Queen of the Silver Spurs Rodeo. The hat has a rhinestone crown on it. The Queen and her father are seen in the photo on the right below.