April 12, 2014: This is one of the few surviving Grumman F7F Tigercats.  It is a rare twin-engine piston fighter that never saw much service from an aircraft carrier.  Wikipedia has plenty of information about the history of this design.  Jet fighters replaced it in the 1950's. 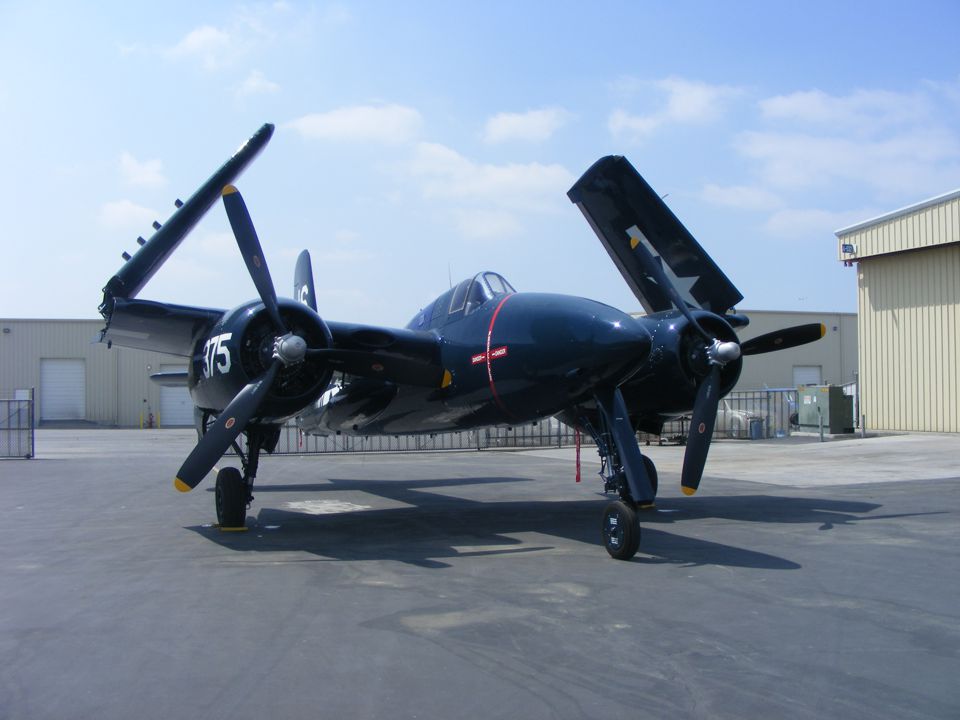 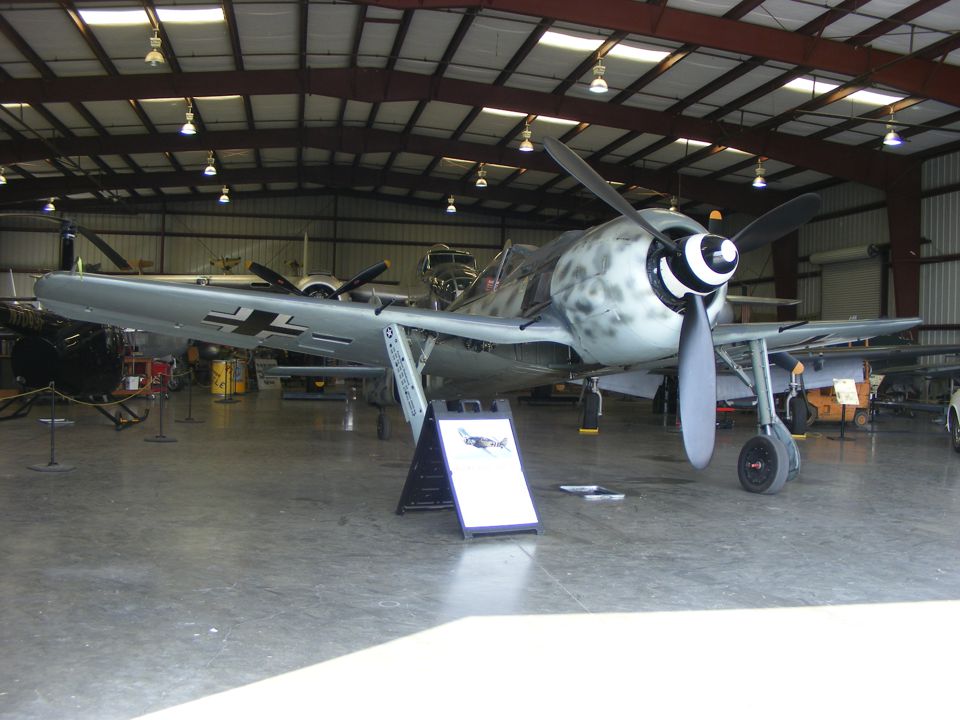 This B-25 is also flyable.  Take a look at the sign below the B-25 in the background.  I walked around the nose and noticed the pieces of the first American Jet aircraft, the Bell Airacomet P-59 that will be restored. 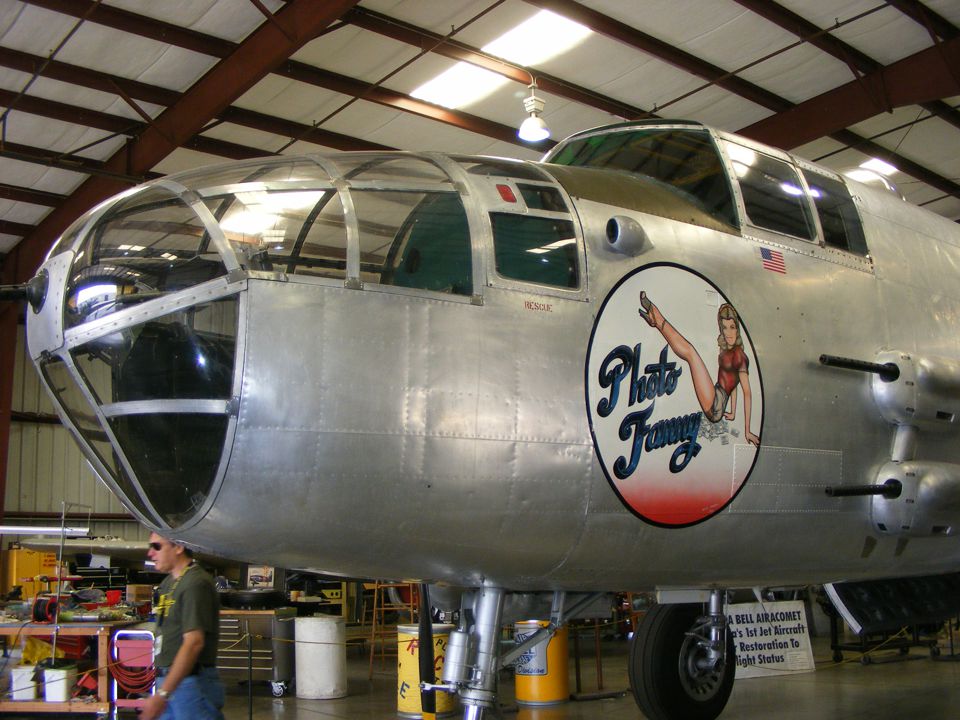 From the X-plane series is this Bell X-2, which is one of only two built.   The other one was destroyed in 1953. 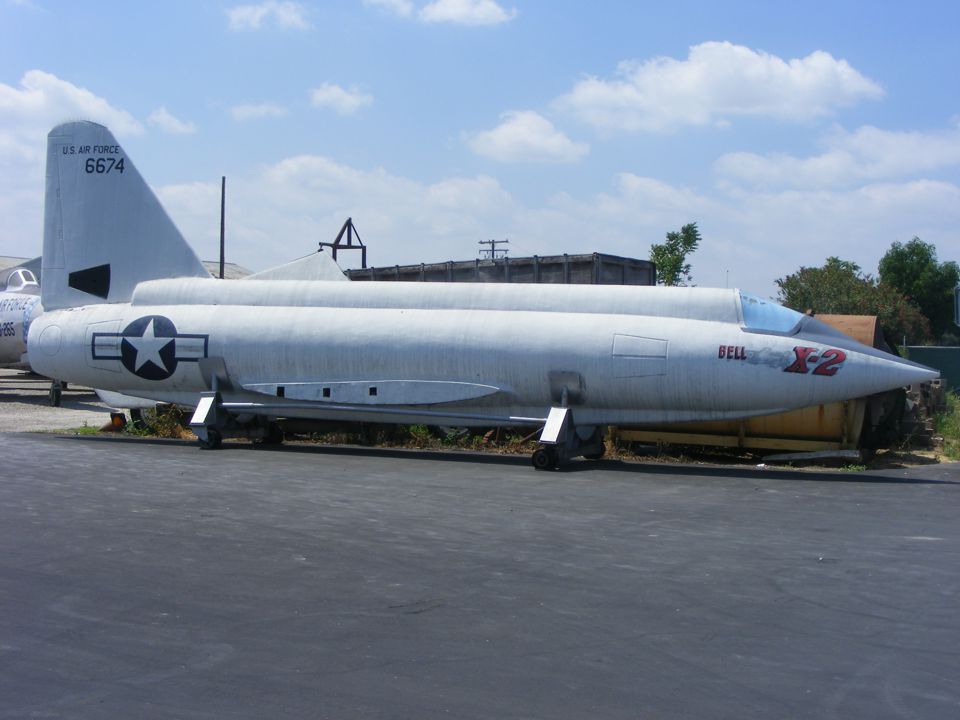 Compared to these airplanes, my RV-9A is good for tooling around and sight-seeing at 140-160 MPH.  I had a one-hour flight on Saturday, April 26 that took me over Brevard County and over near Kenansville, in Osceola, county to the west.  I flew across Palm Bay and near the Valkaria Airport before climbing up to 4,500 MSL to clear the Class D air space of Melbourne and Patrick Air Force Base before returning to Rockledge Airport. 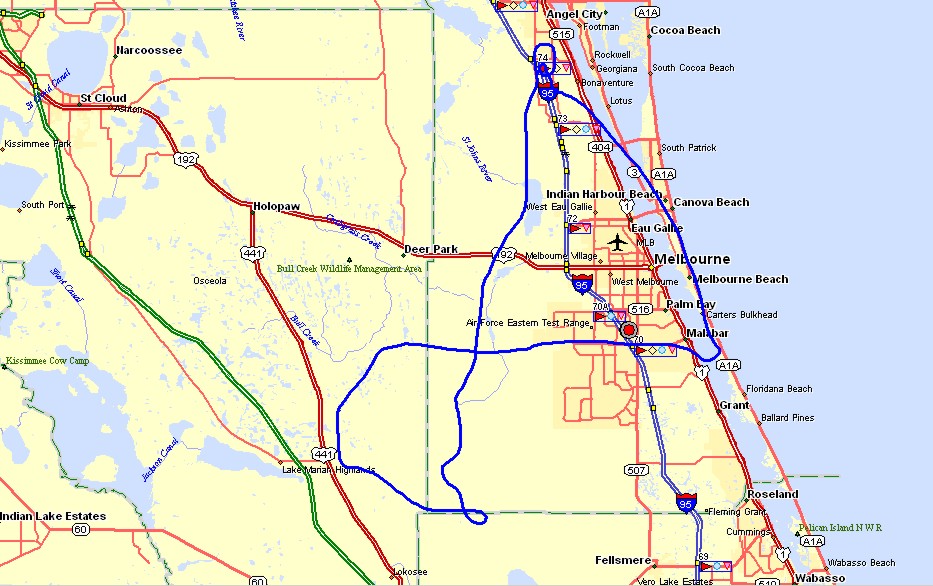 May 24, 2014: The flight this Saturday was north of the home field to get some landing practice at two other airports.   Massey Ranch (X50) near New Smyrna Beach was my first landing for a full stop and back taxi on runway 36.  There was only one other airplane on the ground doing an engine runup test when I arrived.  As I was departing the pattern, a Cessna entered the pattern to land behind the departure of the other plane I had seen on the ground.   This was my first landing at Massey Ranch. 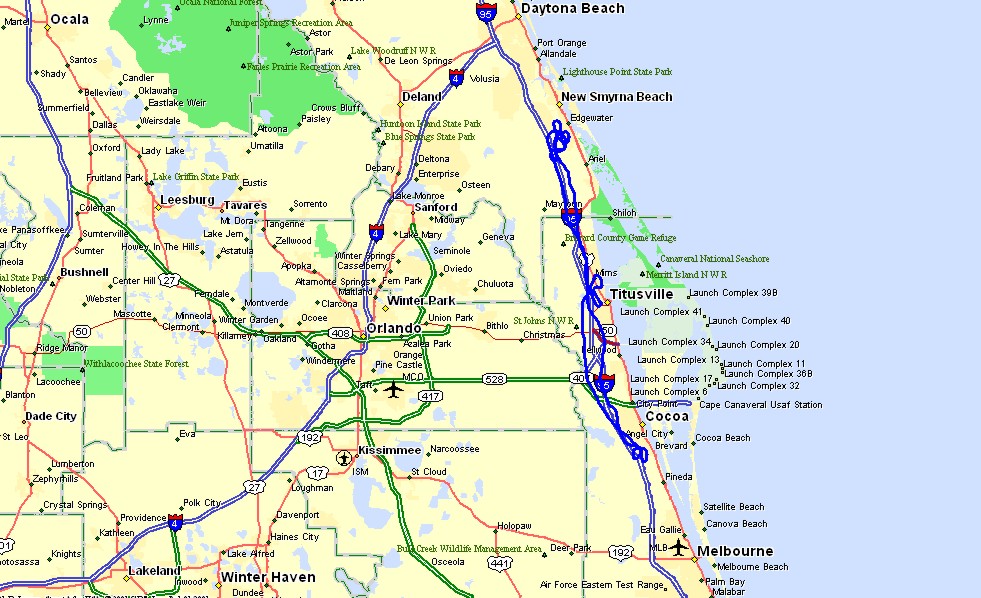 I noticed the haze in the air when I left Rockledge Airport.  I decided to climb up to find the top of the haze level.  It topped out at about 6,000 feet MSL as seen from this photo looking out over the Atlantic Ocean to the East. 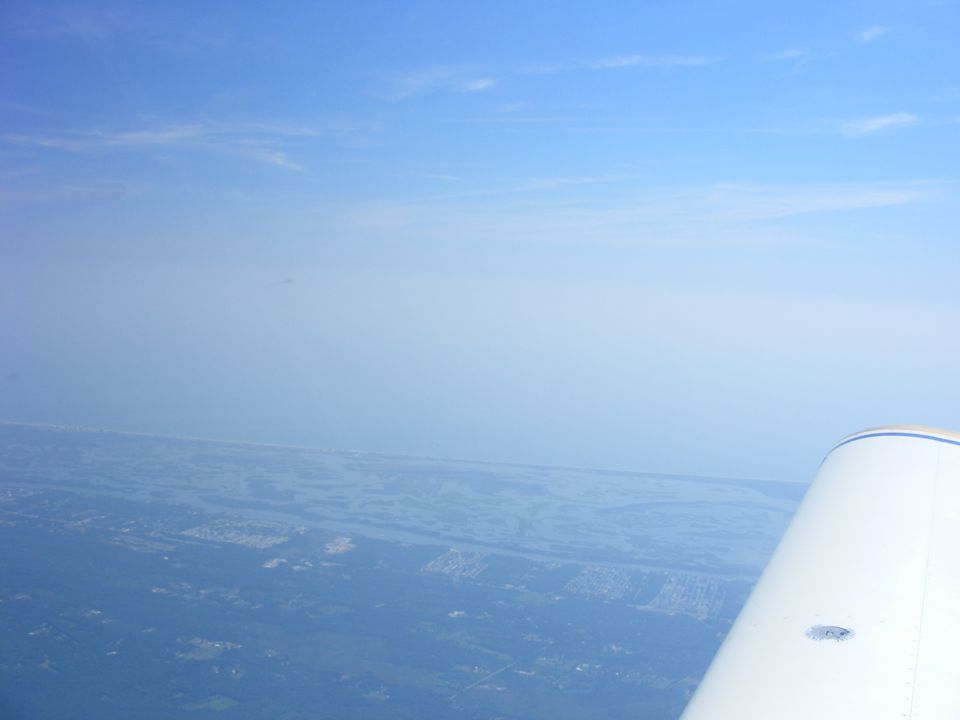 The altimeter is showing 6,500 feet MSL for a VFR cruising altitude with the autopilot on course for the VOR located at Ormond Beach Airport.  My old analog NAVAID wing leveler always tracks about half a mile to the right of the GPS course line.   The morning sun coming in from the right side of the airplane adds to the glare on the GPS screen. 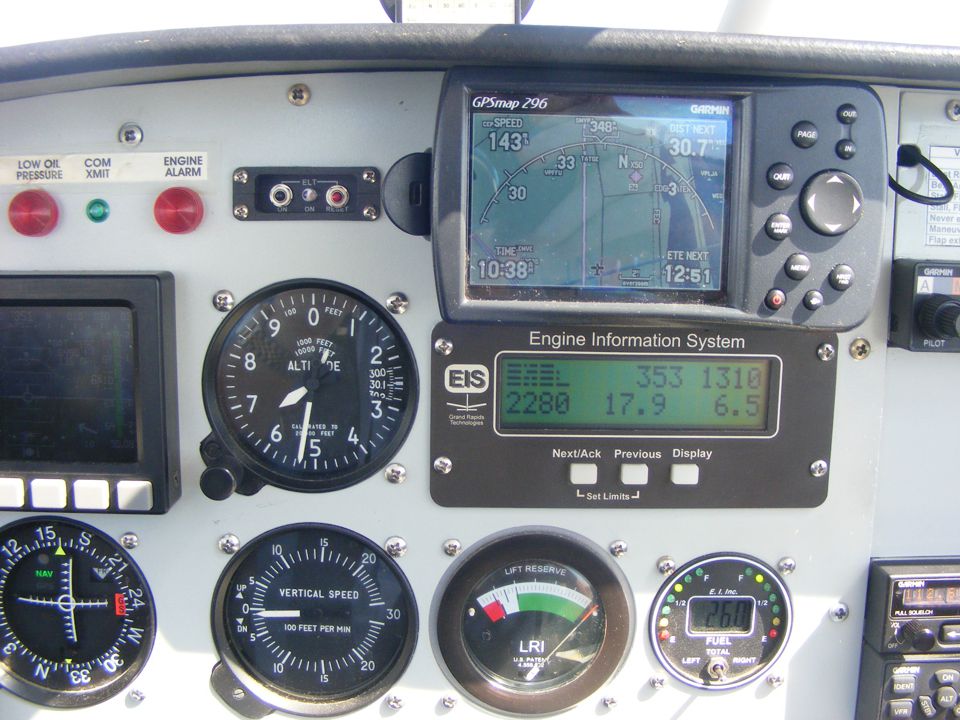 The view looking ahead to the north shows Interstate highway 95 through the haze below the nose of the airplane.  You can see how clear it is above my altitude. 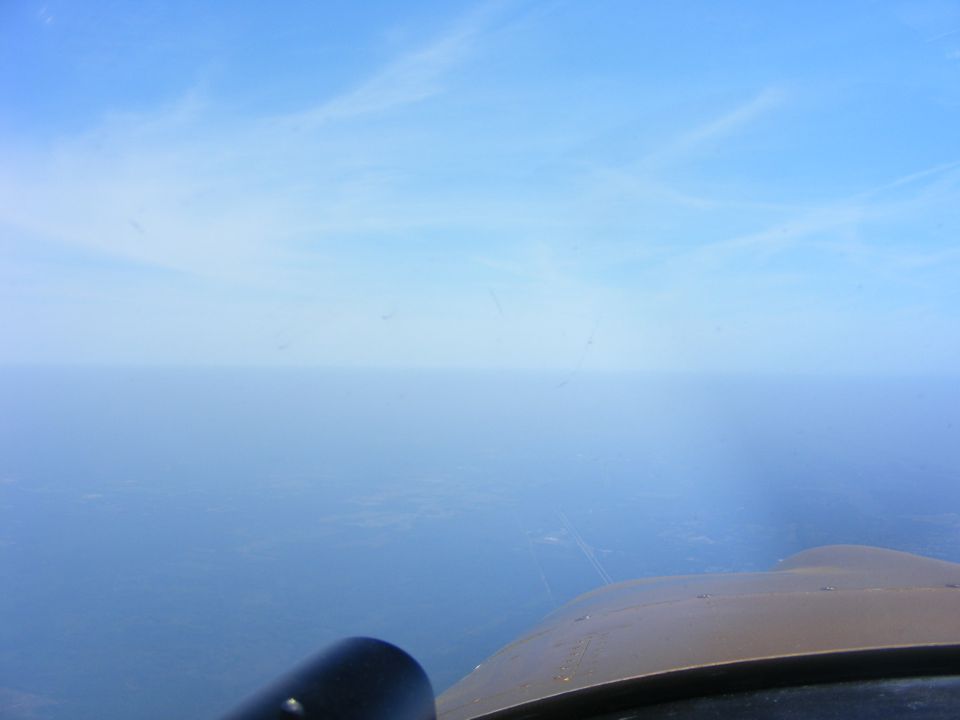 The view looking down 6,500 feet below shows how hazy it really is and how good it is to be on top in clear air. 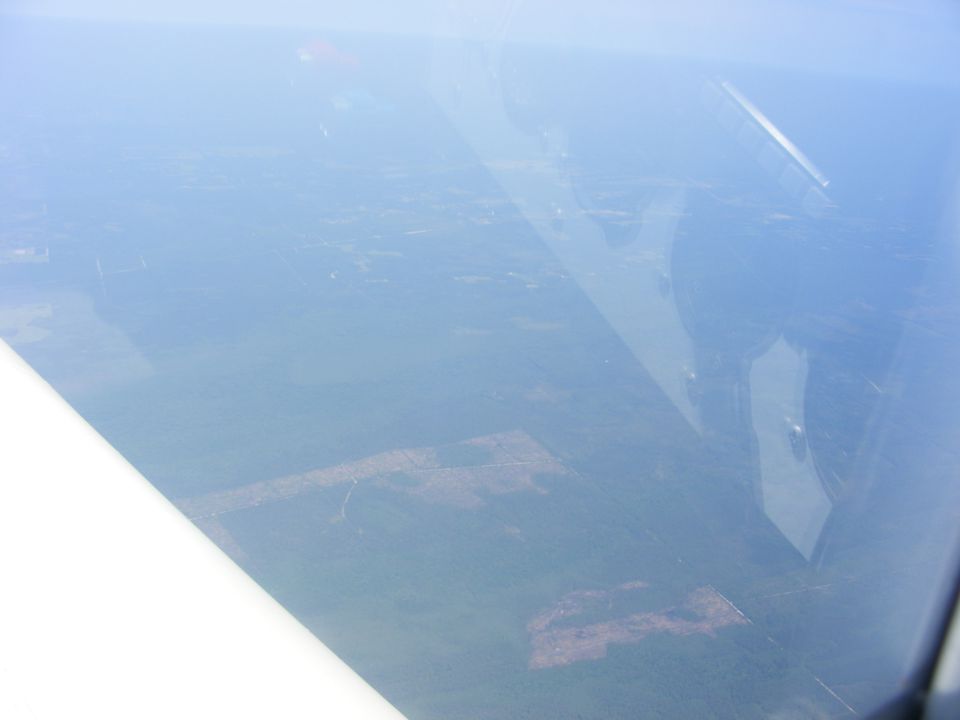 The airport for New Smyrna Beach, Florida (EVB) is just north of Massey Ranch as seen from this vantage point at 6,500 MSL just before I start my descent to the airport directly below my current location. 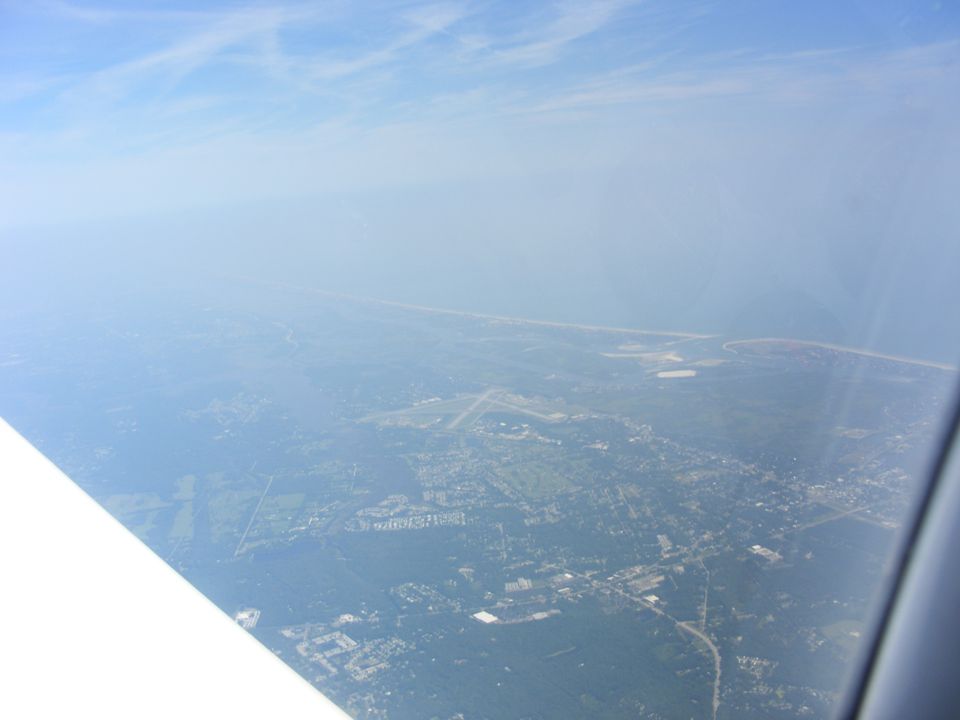 Here is a GPS ground track that shows my descent from 6,500 MSL to the Massey Ranch airport and my departure southbound. 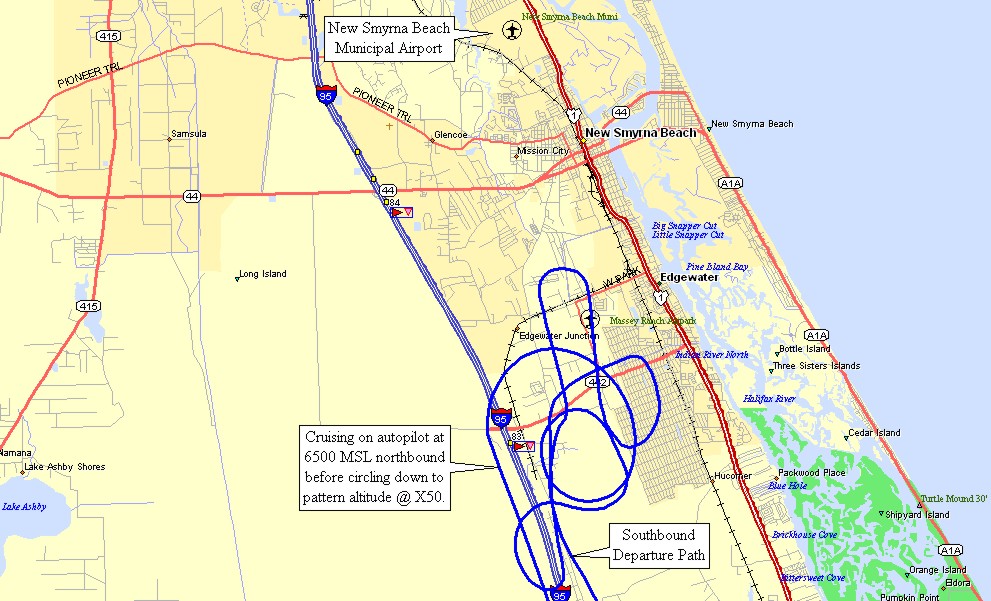