November 7, 2009: Today was my first stop at the Hazlehurst Airport in south Georgia with my airplane.  I have stopped here in my car during a previous trip and met the airport manager along with another pilot.   I needed to replace the fuel I used from Baxley to Love's Landing and back to Hazlehurst.   The amount of fuel used was 17.42 gallons for that part of today's trip.  The ride home should take another 12 gallons. 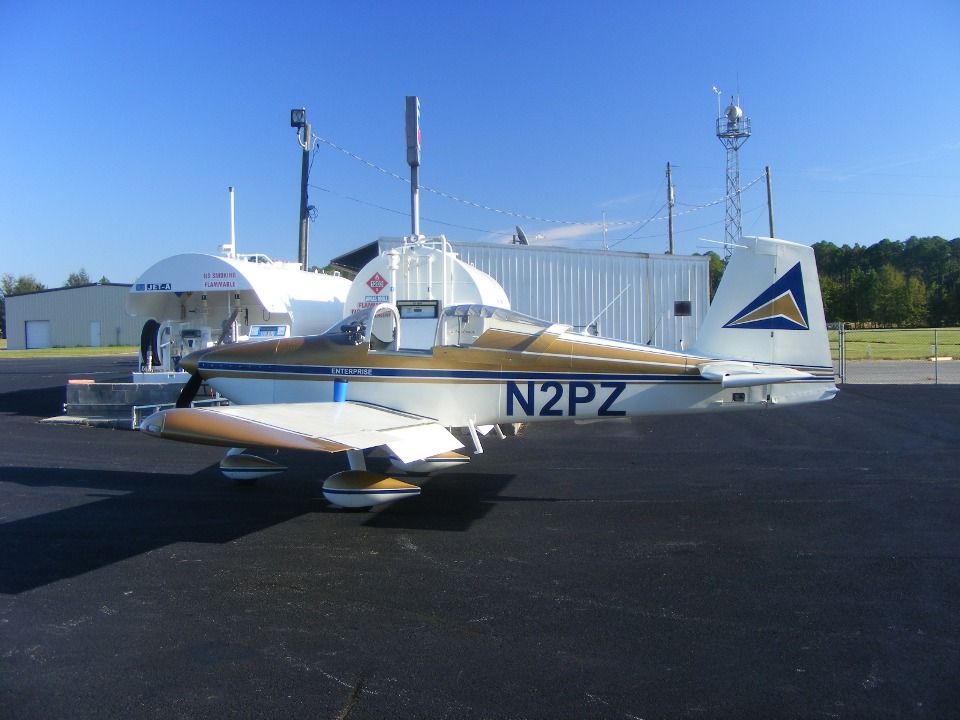 This airport photo would be better in the morning when the sun angle would produce less glare in the camera lens. 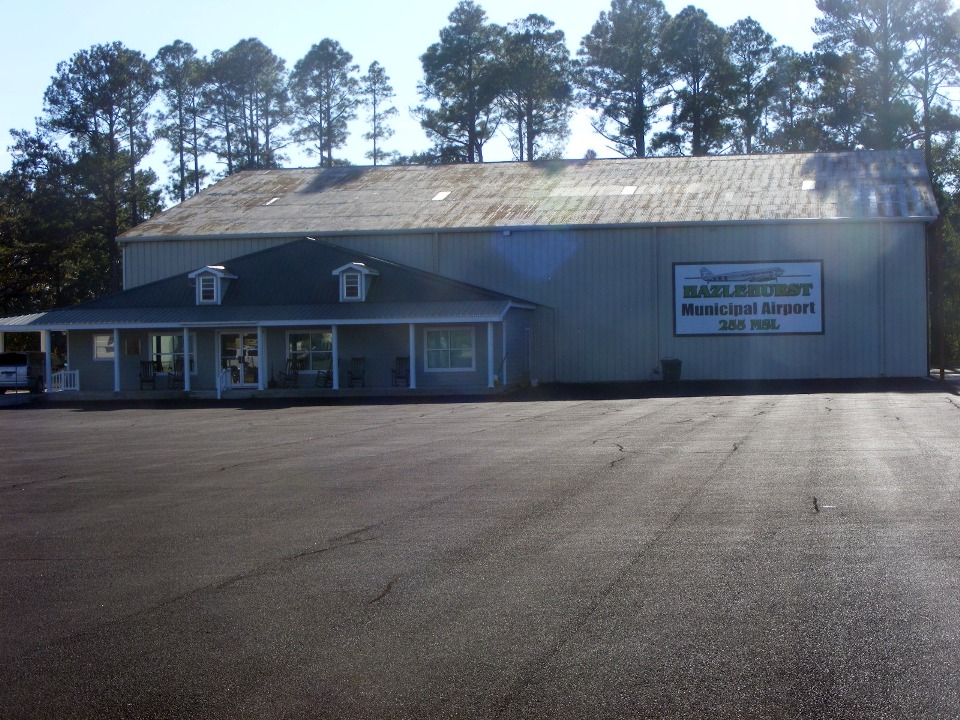 What you are seeing below is the Oconee River adjacent to Milledgeville, Georgia.  The dam holding back Lake Sinclair is northeast of the town. 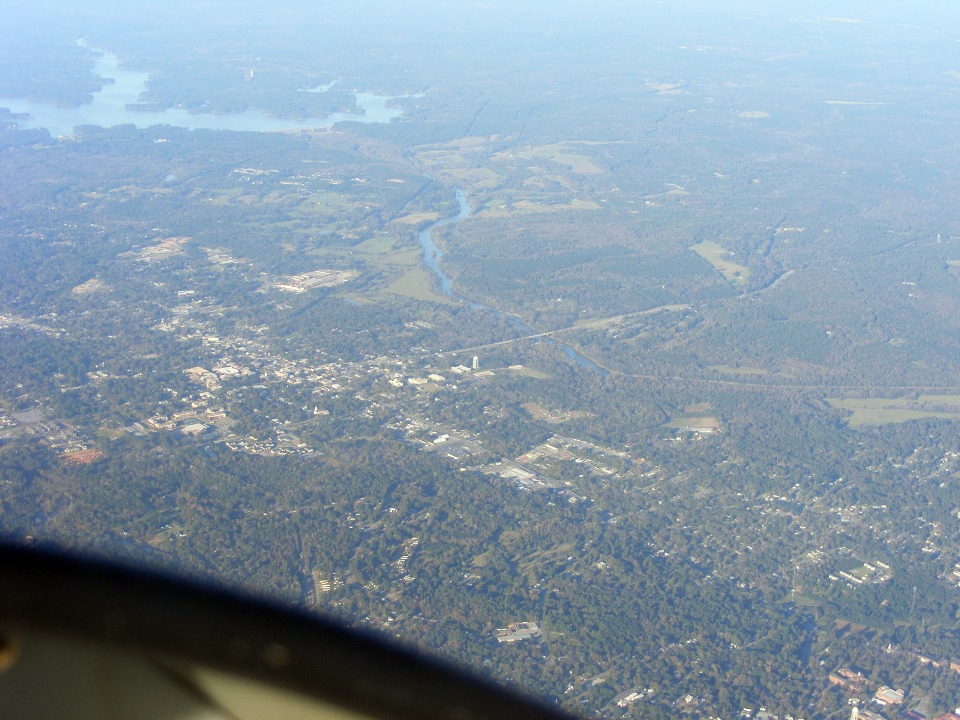 I pushed the zoom lens a bit to get this closer view of the Sinclair Dam.   This was the last photo I took on the way home.  It was snapped at 4:06 PM with my landing at Folks Field near Chattanooga at 5:15 PM. 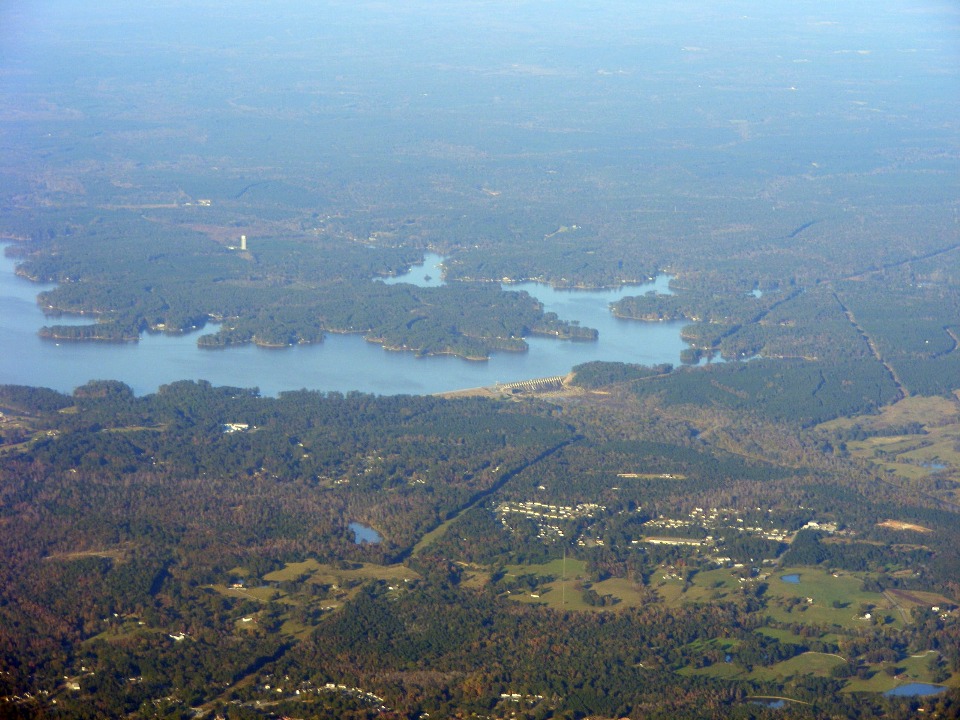 The score for today included Monte getting home via his Ford at about 5 PM.   Wendell arrived home from Arkansas in his RV-8.  I landed about 5:15 PM from my round trip to Florida.  Everyone was safe at home again.

November 22, 2009: Another day that lives in infamy from 1963.  The weather in Chattanooga has turned colder and damp again.  The sky is overcast down low, with some light rain.  A good day to stay inside and do laundry and add this brief update to the web site.  I did make a short trip to see some friends this week in Alabama, Mississippi, and Louisiana.  It was a quick trip on a few days off from the office, but still handling customer calls and emails when connected.  As for today, Sunday, I have just finished upgrading to a new hard drive in this computer.  This update to the web site is also testing the computer and giving the latest information to family and friends via the web.

A couple of days to see some old friends.

November 17, 2009:  During my three days away from home, I visited some old friends made in the 1970's when I had my first job in the cable television industry.  I met all these folks in the days before satellite TV, ESPN, CNN, etc.  Those channels started to appear in 1976-77 and later.  In those days, cable companies were not usually owned by giant corporations, but by families who lived in the towns they served.  This is one of those companies in Demopolis, Alabama still owned by the Goldman family.  They have lived around these parts for several generations dating back into the early 20th century.  With a small-town system like this one, the office is on the main highway running near the center of town.   There is no far-off call center to answer your call, they do it all from here.   By the way, that white satellite dish past the office is the first one they bought in 1977, from the company I worked with at that time.  I put it together at the original headend location at that time.  It was moved to this site some years afterward. 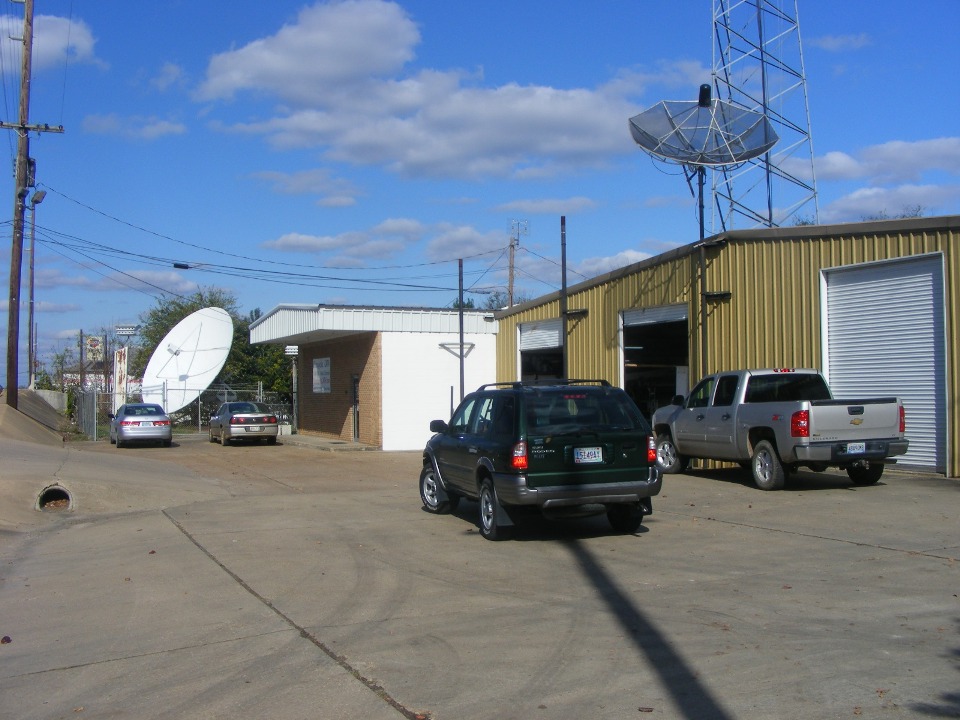 The off-air local broadcast signals come from the antennas at the top of this self-supporting tower behind the office. 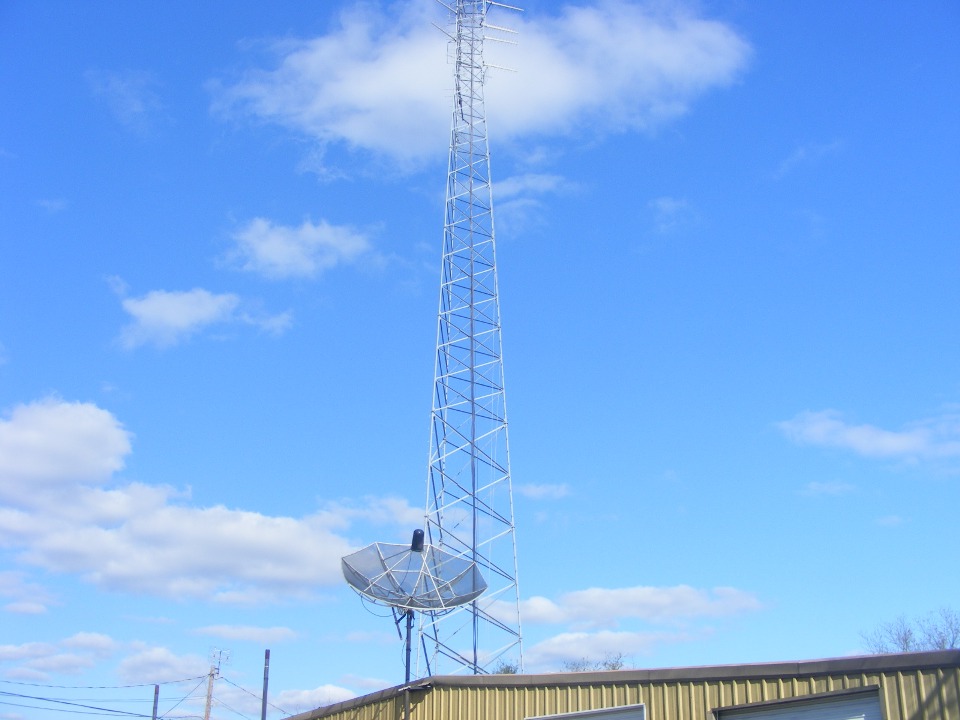 From the base of that tower, you can see more satellite antennas in the yard north of the building.  The largest antenna was built and installed by another company I worked with from 1978 to 1989.  It is 7-meters in diameter to provide more gain from the geostationary satellites that are used by all the cable networks to reach cable systems and their viewers like you and me. 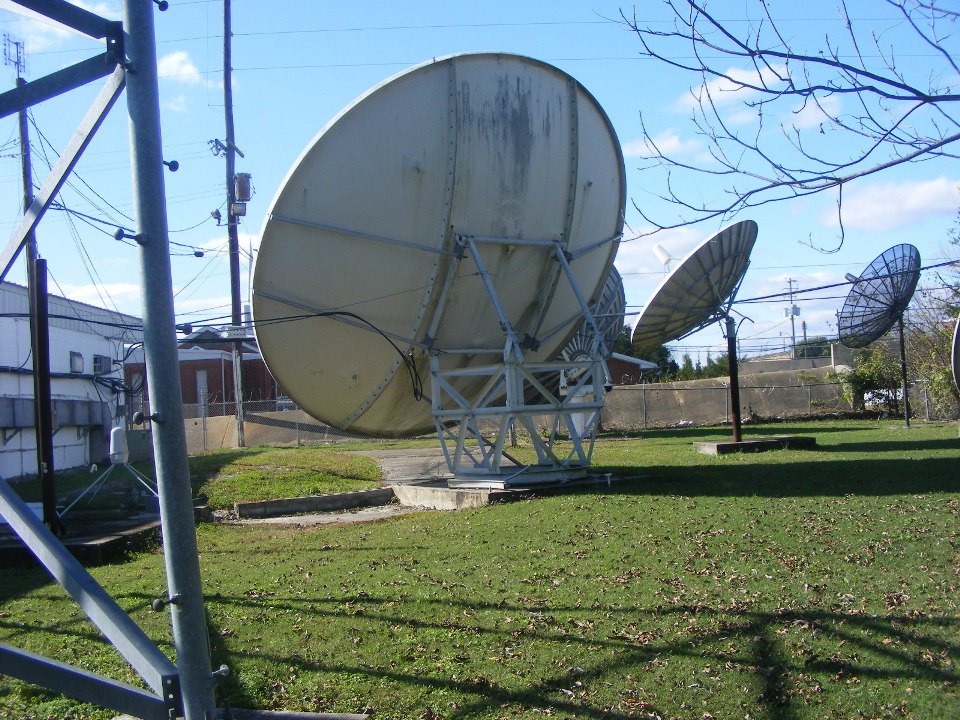 Here is view of the other antenna near the street.  It is 6-meters in diameter.  It has 20 aluminum panels held in place by 500 1/4x20 stainless steel bolts, lockwashers, and flat washers.  There are 160 bolts holding the ribs and trusses to the central hub.  The axis of rotation is parallel to the Earth's axis, making this a polar-mounted antenna.  It is aligned to move across much of the satellite arc located 22,279 miles above the equator.  How do I know all this?   I wrote the technical manual on how to assemble and align these antennas in 1977.   At the bottom of the antenna, there are eight anchor bolts that are imbedded in the concrete foundation.  Near the bottom of the foundation is a 1/2-inch thick steel plate where the bolts are secured.  A similar wooden template keeps the bolts aligned above the top of the foundation with a matching hole pattern to the bolt holes in the bottom of the stub-tower that supports the polar axis.  The anchor bolts are made from 2-inch diameter all-thread rods.  The wrench to tighten those nuts you see was custom-made for this antenna and came with a 3-foot long 6061-T6 aluminum extension to insure the nuts are properly secured. 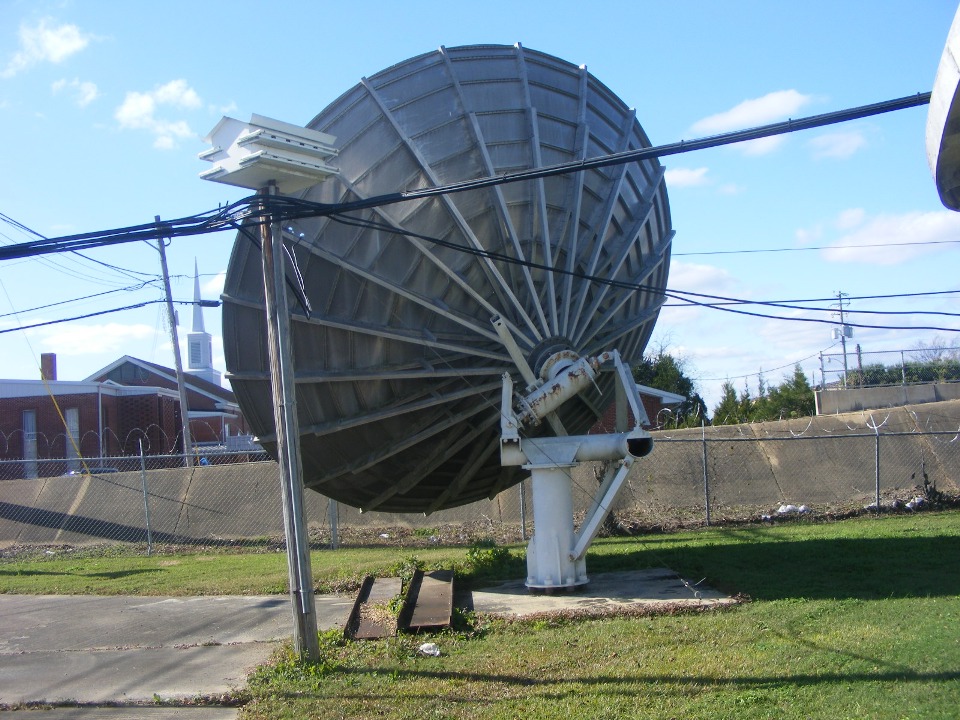 The larger antennas were the first ones installed here at a time when the satellites in orbit did not have a lot of power in their on-board transmitters, called transponders.  The satellites receive signals from uplink ground stations on frequencies between 5925 MHz and 6425 MHz.  Twelve RF signals can be received, spaced at 40 MHz intervals across that band.  Another twelve signals are transmitted 90-degrees cross-polarized from the first group, and offset by 20 MHz, bringing the total number of signals to 24.  Their frequencies are translated to the 3,700 to 4,200 MHz range and downlinked to these satellite antennas.  The typical path loss from the orbiting satellite is 196 dB.  The largest antenna here has a gain of 47 dB.   The low-noise amplifier at the focal point of these parabolic antennas has a typcal gain of 50 dB.  The remainder of the path loss is overcome by the power of the transponders on the satellite, and the fact that the signals needed at the satellite receivers is not required to be that strong.  The modulation schemes are based on frequency-modulation and phase-modulation techniques.  One transponder typically carries multiple digital television programs. 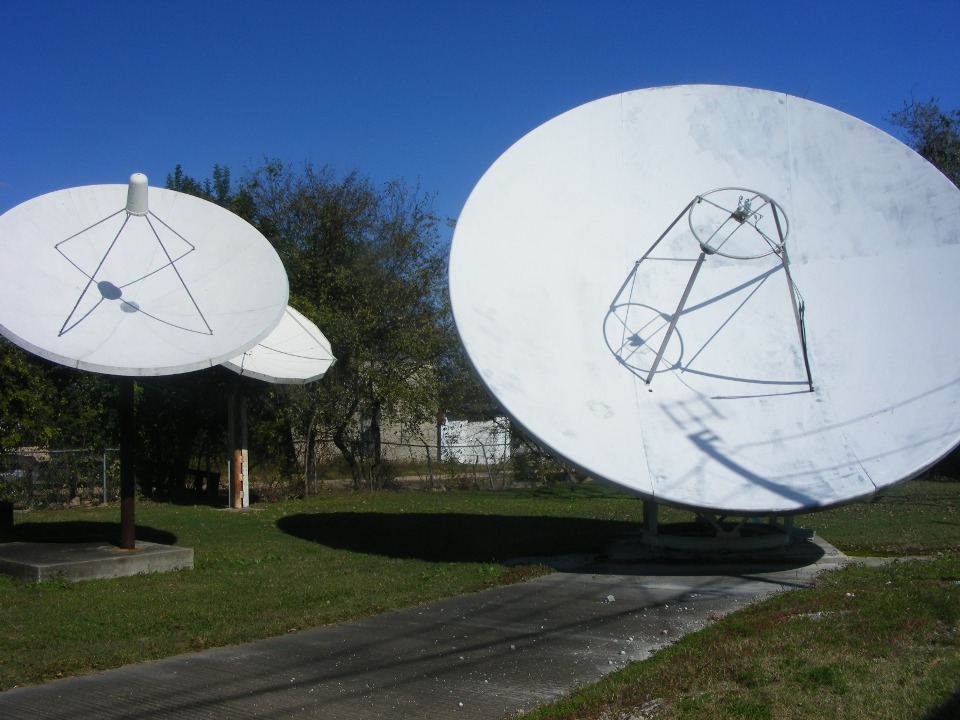 Here is where all those signals are converted from satellite signals to standard television channels you watch in your home.  This is the "headend" that processes each and every channel on the fiber-optic and coaxial distribution network in the service area. 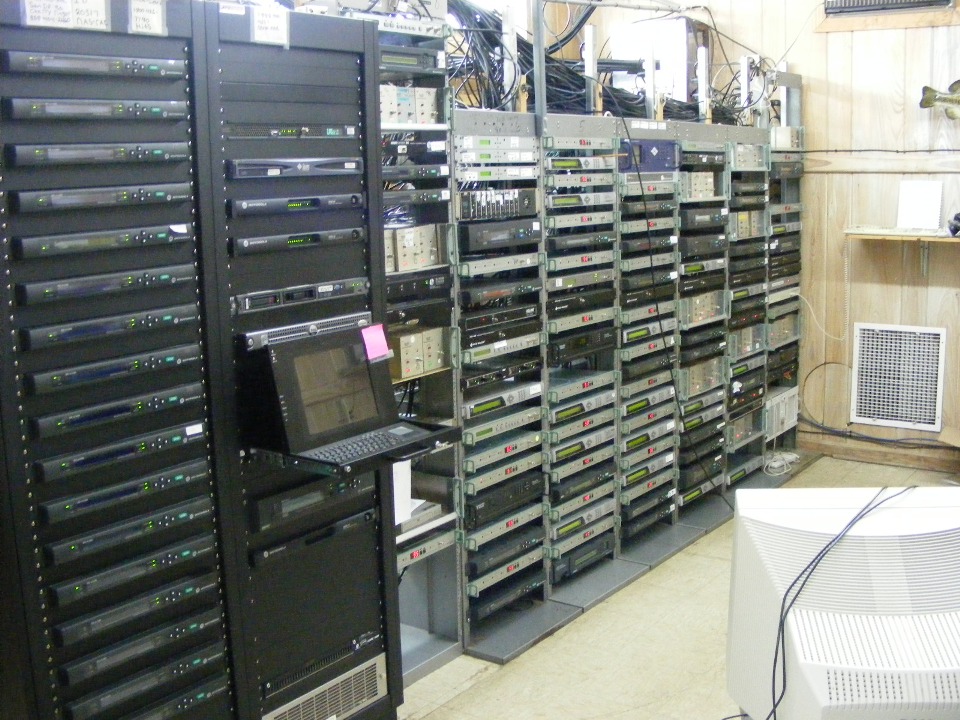 When you sit down to your computer like I am doing right now, the other end of that internet link via cable modem goes through a box similar to this one in the headend.   There are four fiber-optic return path receivers in this chassis.  Each one provides a link from a neighborhood fiber-optic node some distance away from the headend.   And yes, it was built and sold recently by a Florida company I used to work for back in the 1990's. 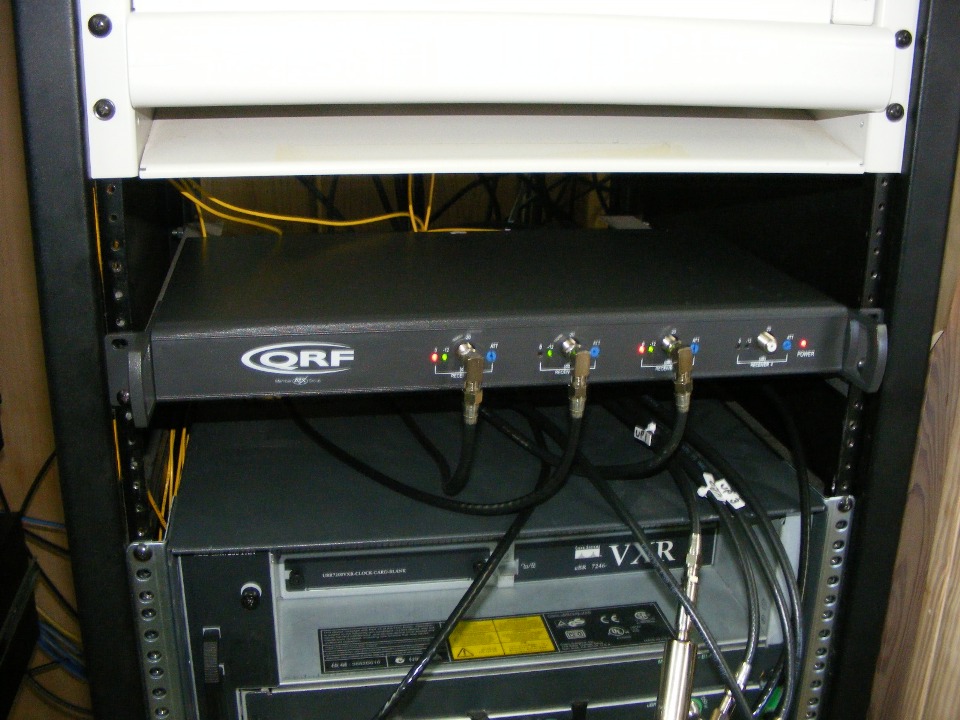