April 9, 2009:  The view from the elevated walkway has more to reveal.  This de Havilland "Super Chipmunk" was flown in many air shows by Art Scholl.  You can read about some of the history of this airplane and more at the EAA web site:  http://www.airventuremuseum.org/collection/aircraft/ and look at the link on that page for the "de Havilland DHC-1B-2 Chipmunk" and click on it.  The EAA web site would not let me link directly to that page from this web page. 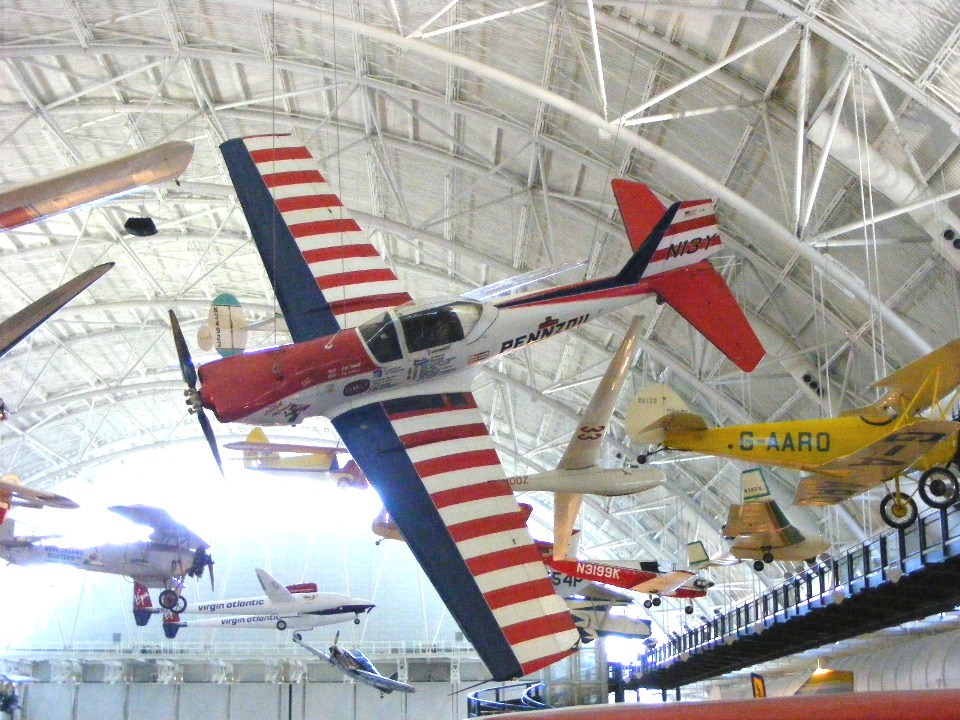 This Grumman Gulfhawk was one of a few non-military versions built before World War II.  For more information USE THIS WEB LINK. 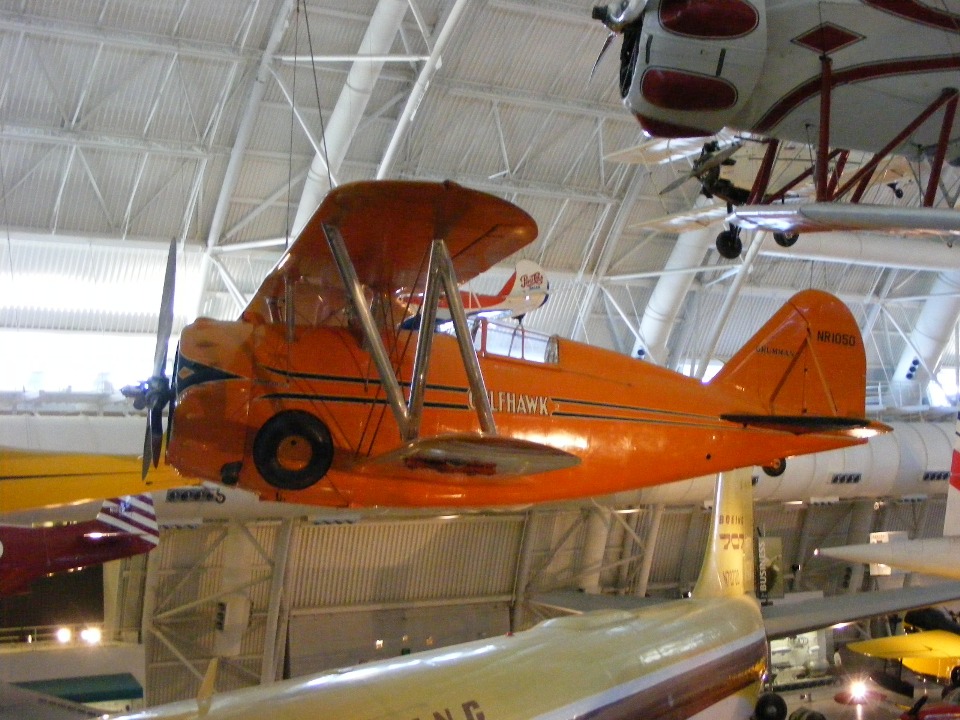 This former tri-motor Lufthansa airliner is shown in its typical 1930's paint scheme.  The type was used in WWII for German airborne infantry and military transport missions.  Some flyable aircraft still exist in the Junkers JU-52 configuration. 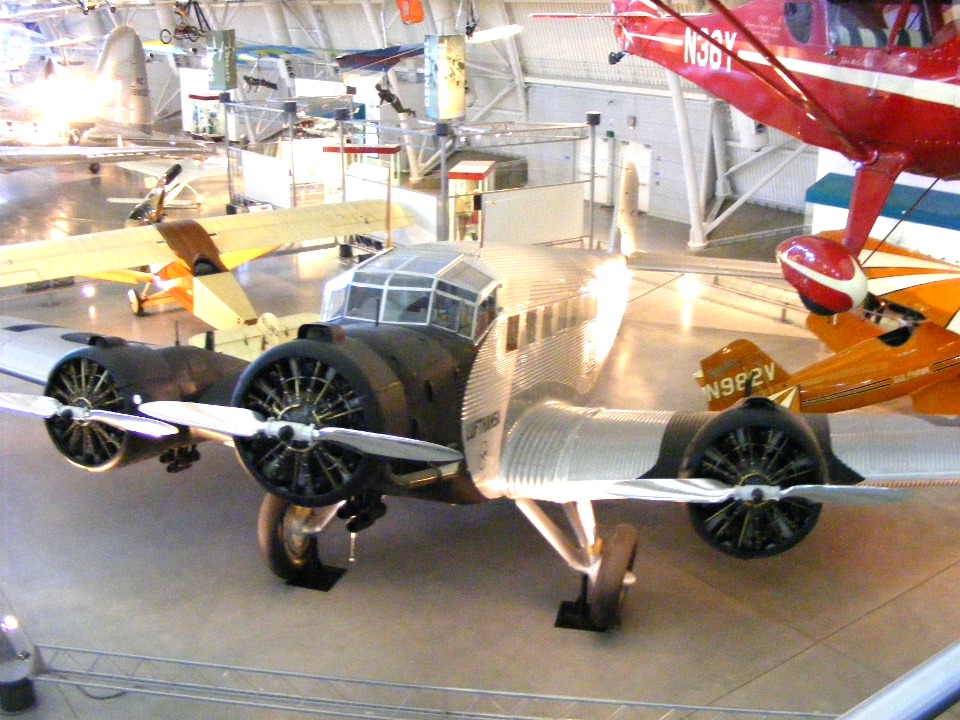 This German Focke-Wolfe FW-190 is in fine condition.  The twin-engine jet bomber behind it is really remarkable.  I saw both of these airplanes about 20 years ago when they were being restored at the Paul E. Garber facility.  The facilities there and the remaining inventory will be moved to a new building at this facility in the next few years. 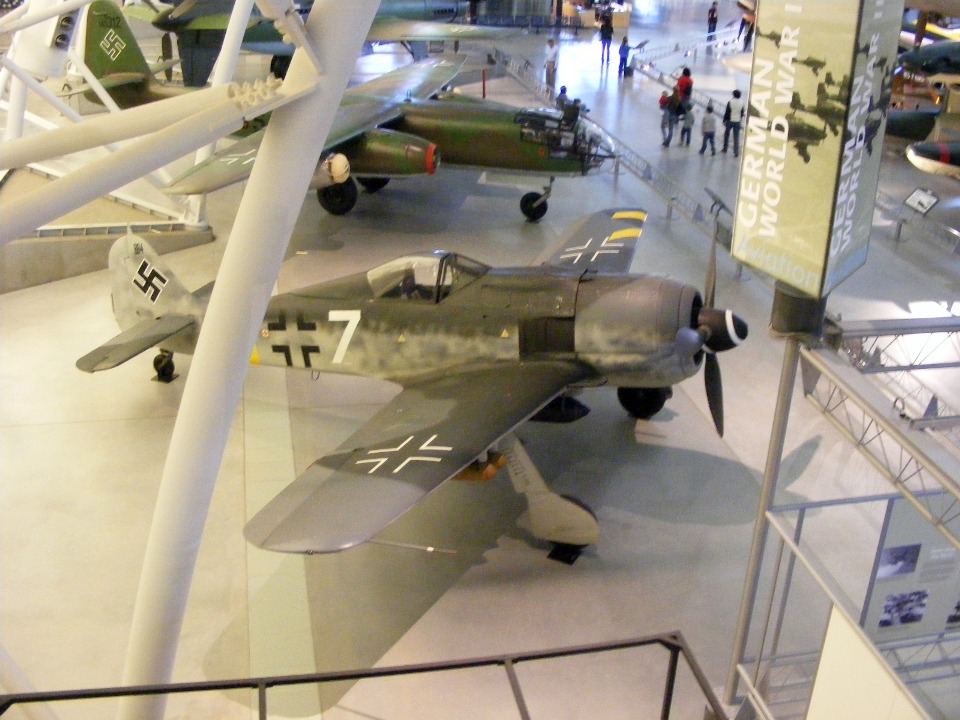 This Heinkel 219 German night fighter is a restoration work in progress.  The wings are not here, but the fuselage appears to be completed. 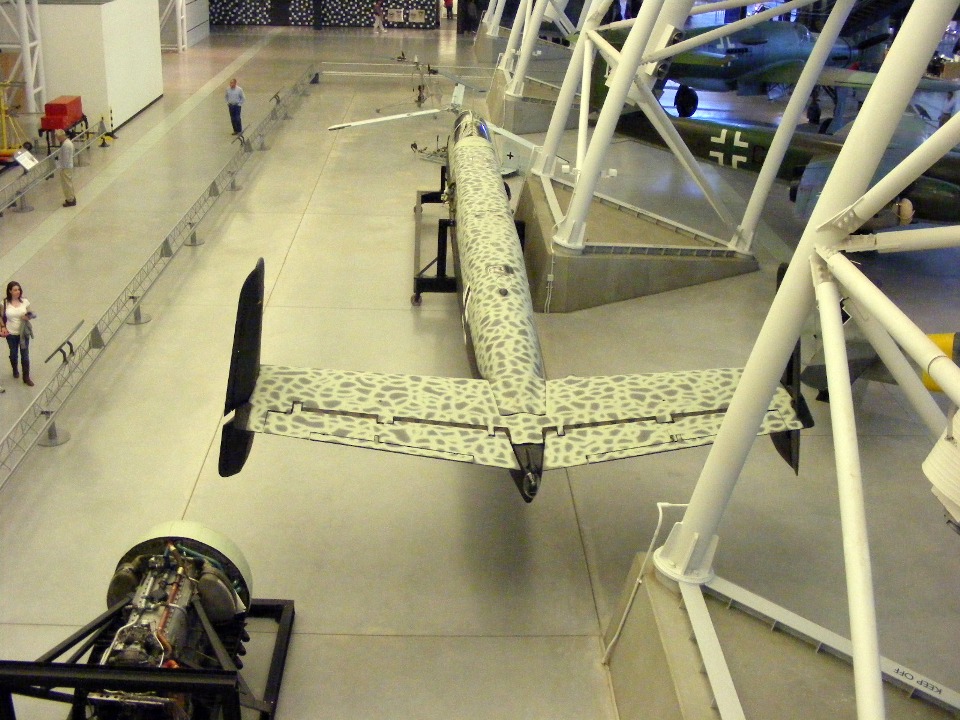 The Germans were also experimenting with "Flying Wing" aircraft as seen here and described on this plaque. 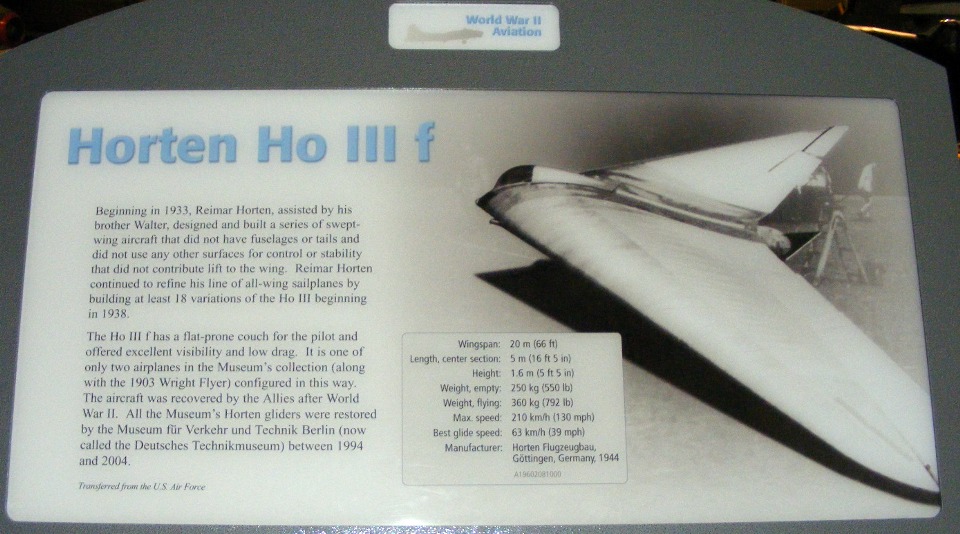 Here is the glider itself, hung from the ceiling of the museum. 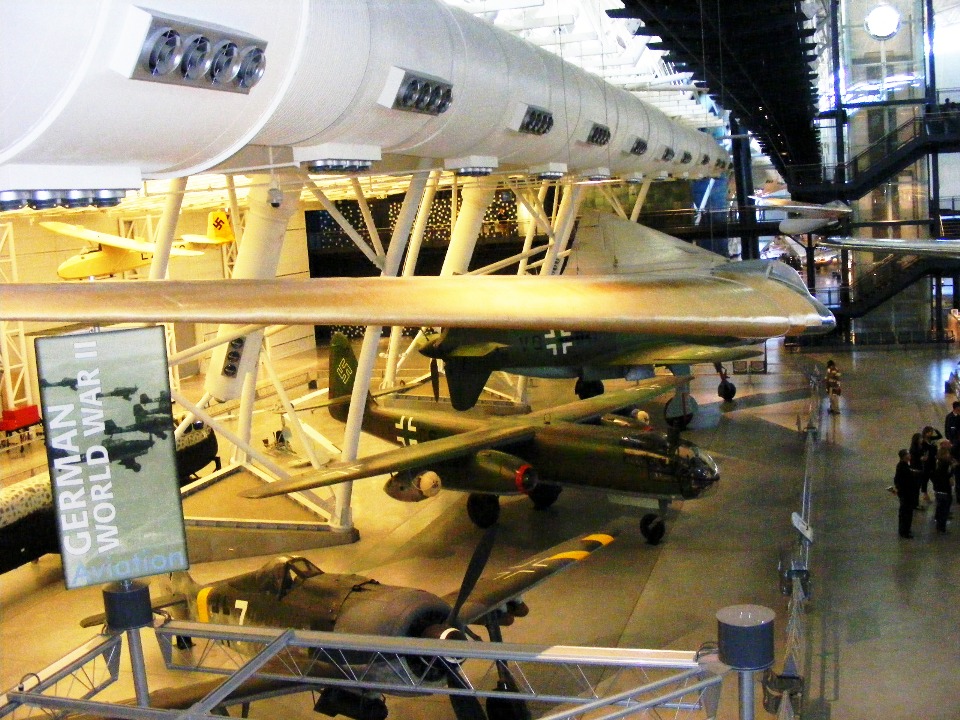 This is not a Japanese "Zero" but a Kawanishi N1K-J "George" which is detailed on this Wikipedia web page. 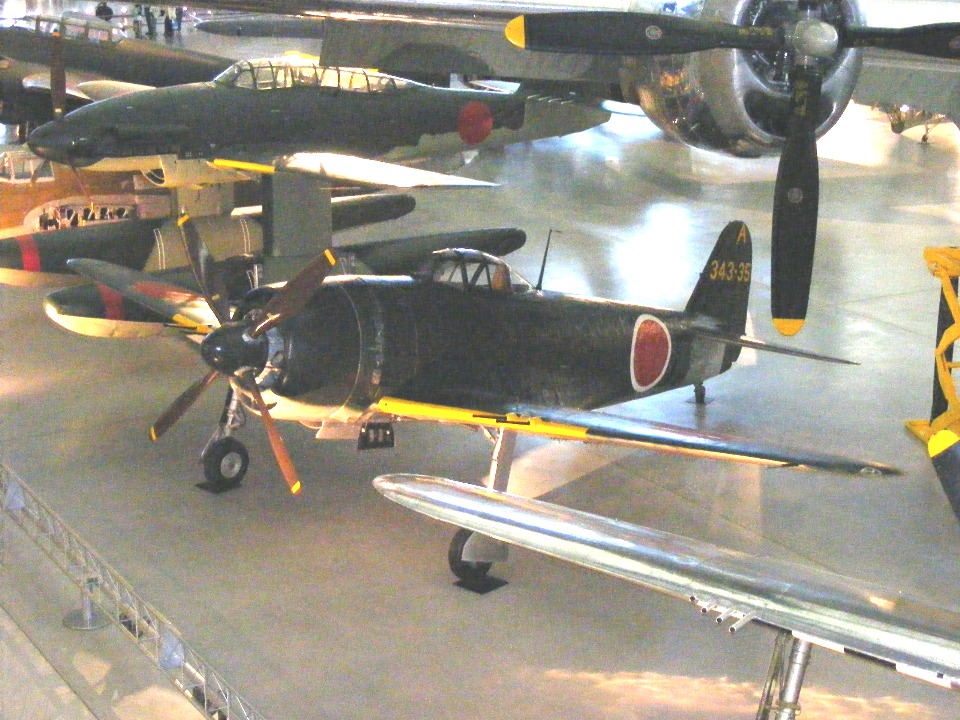 Here is a Japanese suicide cruise missile called the Ohka.  This one is the type 22 with a turbojet engine in the rear.  You can read about all the Ohka variants at this Wikipedia web page.  This one is parked beneath the wings of the Mitsubishi G4M "Betty" bomber which carried early rocket-powered Ohkas on their Kamikaze missions. 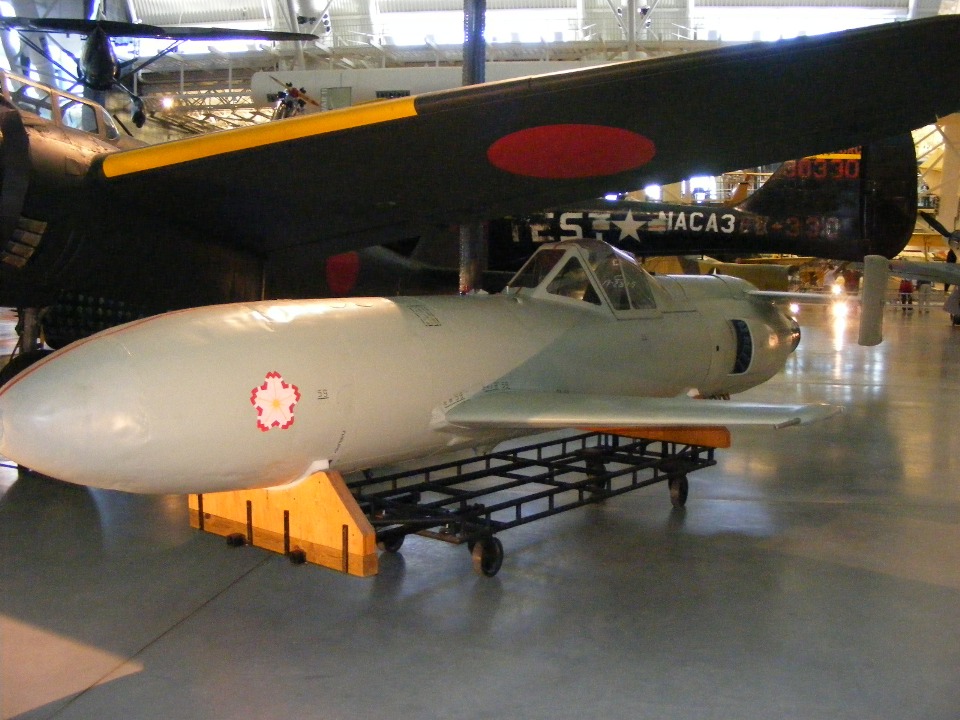