December 6, 2008:  The usual Saturday morning friends showed up for today's luncheon.  Terry McDowell brought venison prepared in two different styles.  There were plenty of side items and a few deserts. 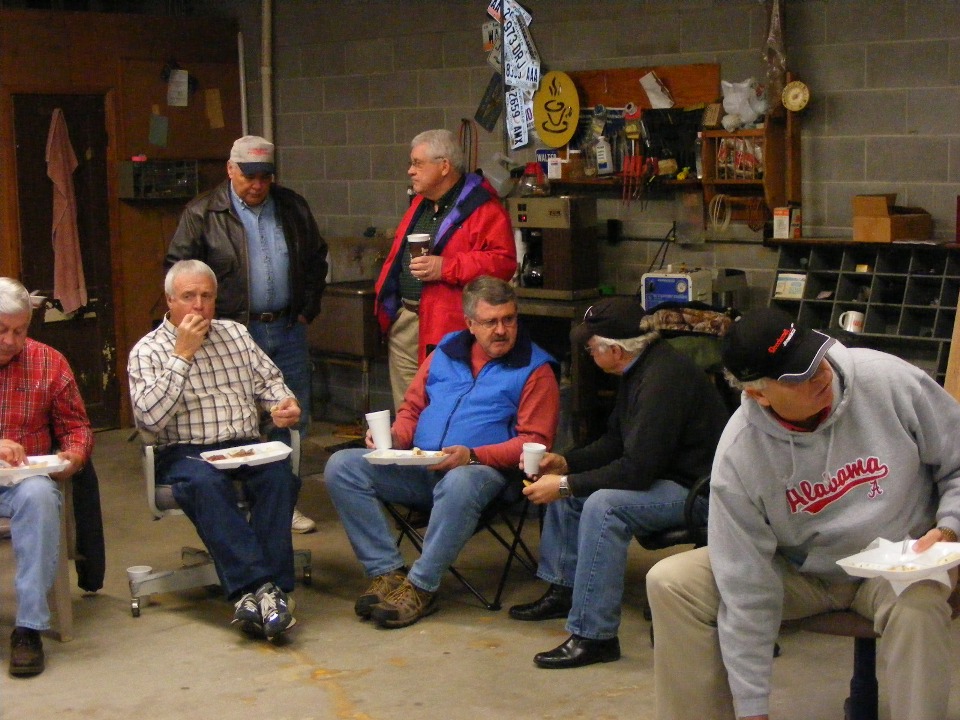 There was just enough flourescent light in the shop to prevent the flash from going off.   John Myers and Larry Champion are in an RV-8 discussion as usual.   I recently helped Larry align his RV-8 landing gear and drill them into the fuselage supports. 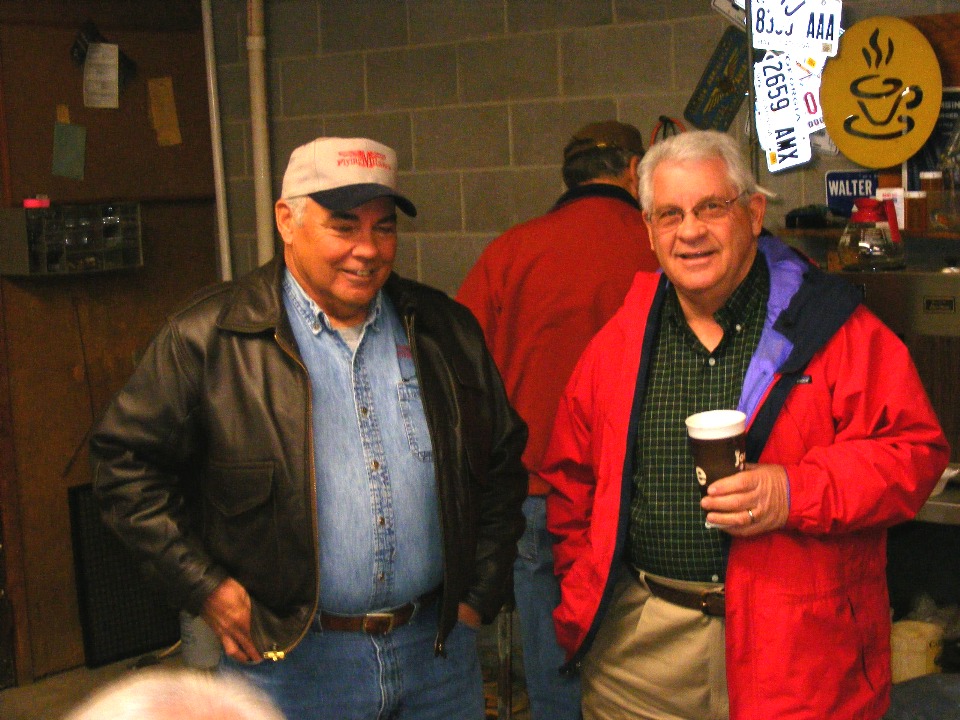 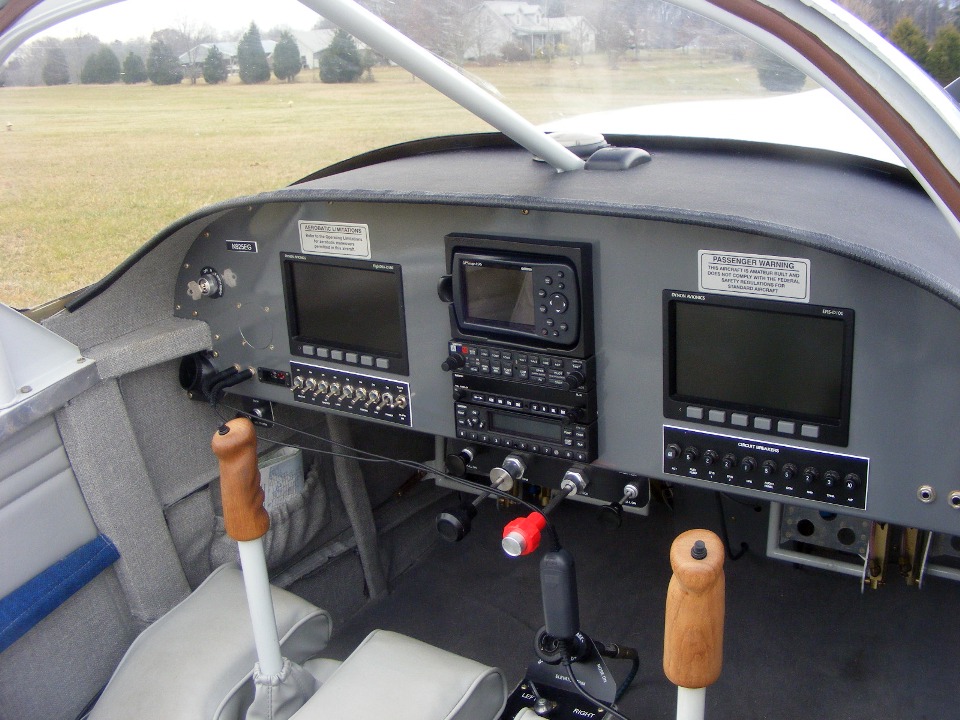 Here is a closeup view of the mylar artwork. 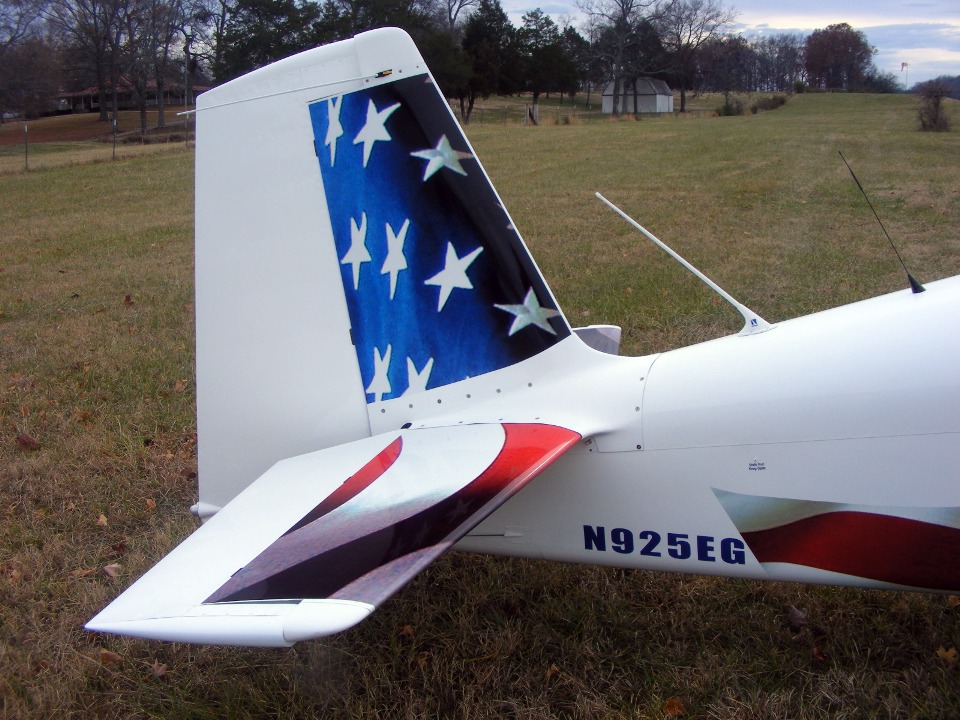 Even though the flight home will only take about 20 minutes, Harley checks the fuel in the tanks before departure. 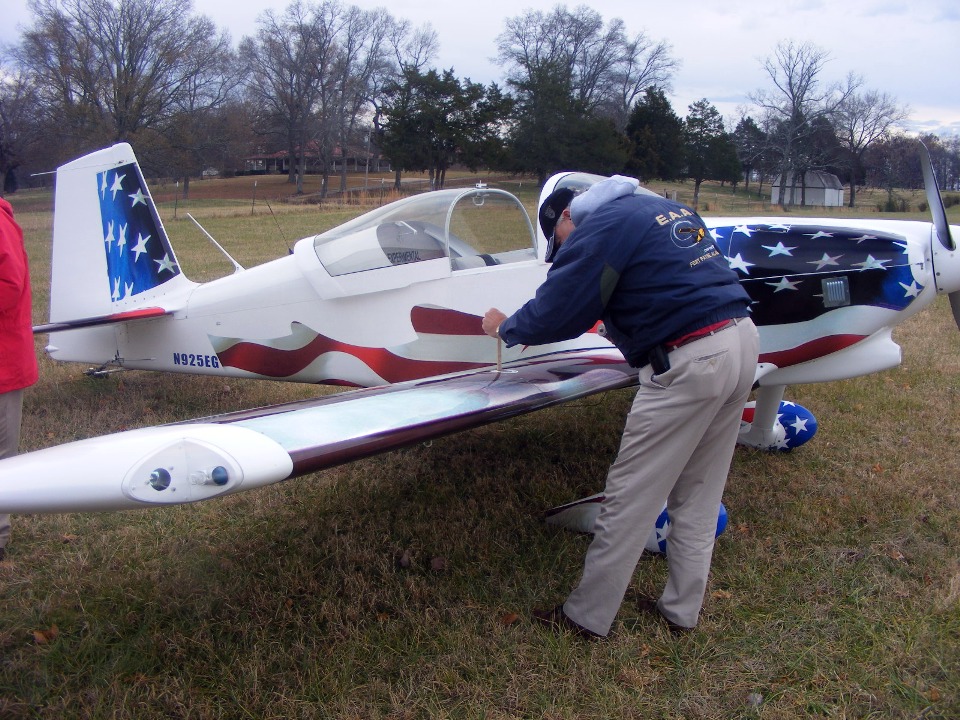 This airplane got a new O-360 engine just before Harley bought it in North Carolina.  It has a Sensenich fixed-pitch "cruise prop" up front. 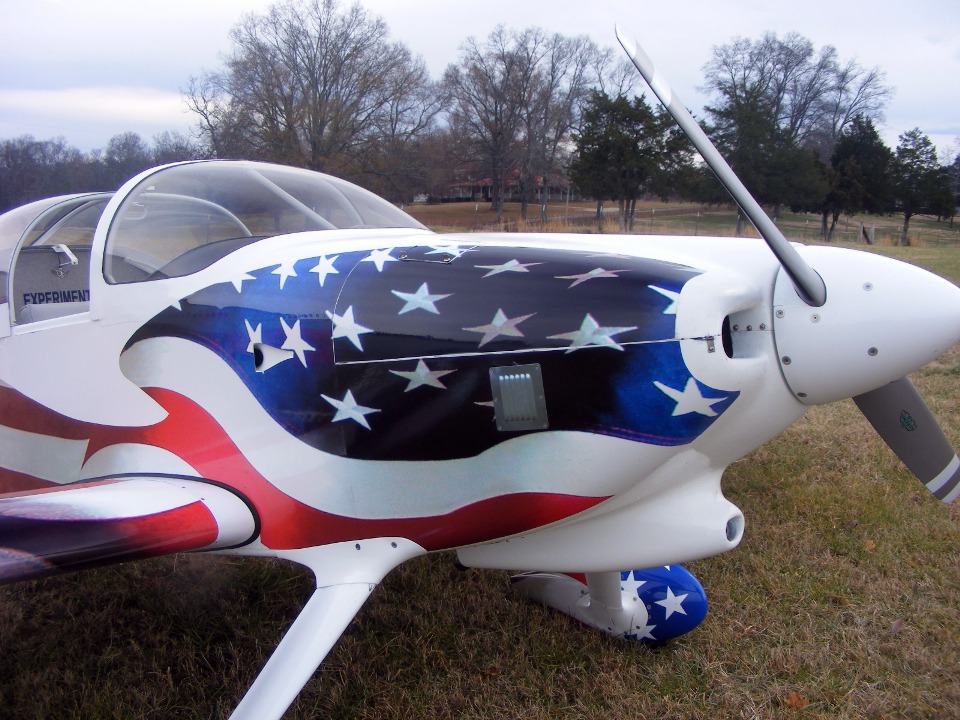 The wing upper surface is covered with the vinyl flag artwork, but the wheel pants sure look like they are painted. 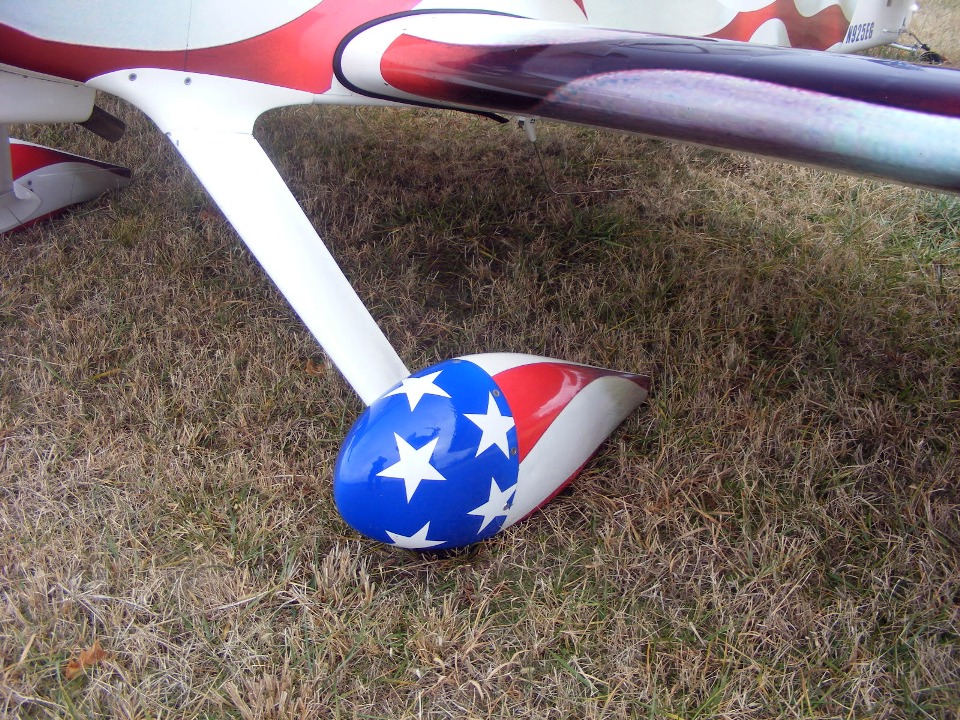