August 17, 2008:  I was giving an explanation of my actions to Dale as each preflight and engine startup step is accomplished.  At this point, the engine is running at 940 RPM with the blurred prop visible out front.   I am reading from the airport diagram I downloaded from AIRNAV.COM for McCollum field and tuning in the ATIS for the airport before I contact ground control to request permission to leave the ramp for the runway. 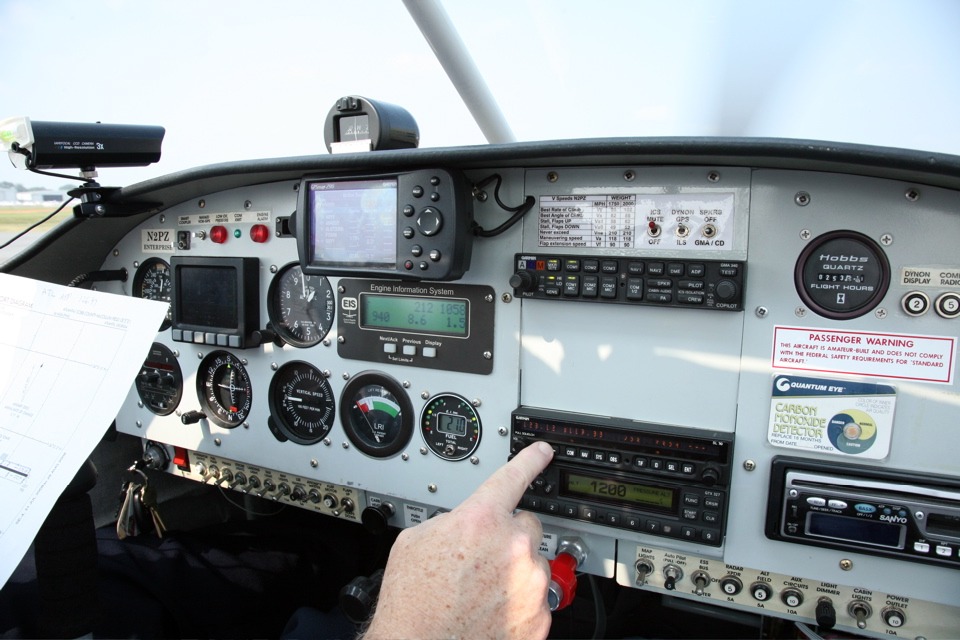 The fuel gauge shows 21 gallons total fuel on board.  The COM radio numbers are not legible due to the shutter speed vs. pulsed refresh rate of the display characters on the Garmin SL-30 radio.  The LCD display on the radar transponder and the fuel gauge are readable since liquid crystal displays use very little current for the display. The LCD symbols are turned on all the time.  The mixture is not full rich to avoid fouling the spark plugs while taxiing on the ramp and taxiway Alpha. 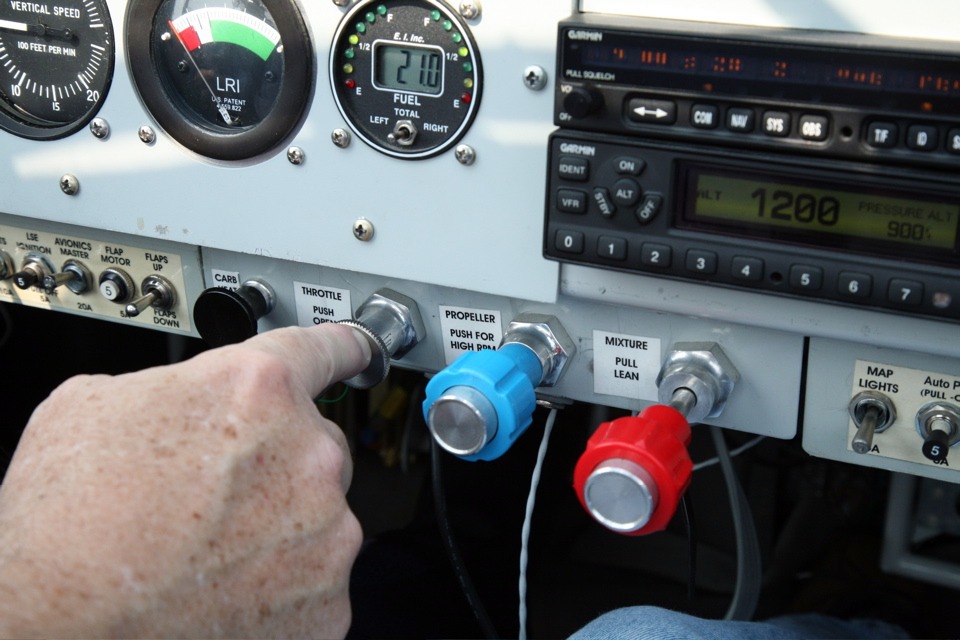 This photo was taken as the airplane is rolling on the runway with the nose gear off the ground and we are just becoming airborne.  Check the needle low in the green zone on the LIFT RESERVE INDICATOR.  The RPM is at 2640 and the fuel flow rate shows 12.6 gallons per hour with the boost pump switch in the ON position near the RED master switch.  Dale is using a zoom lens on his camera and it is currently in the wide-angle mode.  With the nose up, the fuel gauge shows 23 gallons.  I originally calibrated the electronic fuel gauge with the airplane absolutely level by putting in fuel in three-gallon increments. 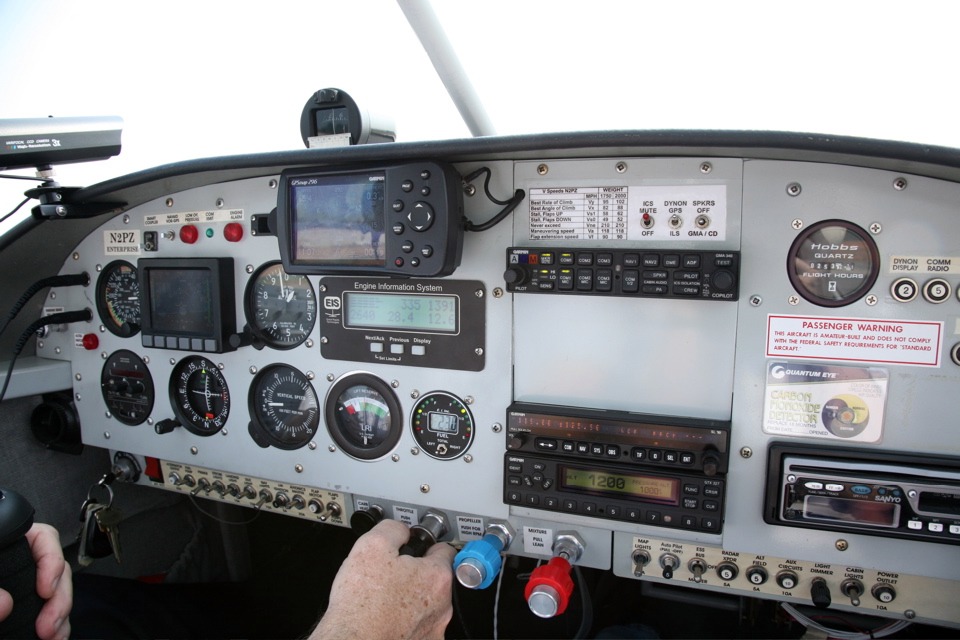 This is the first photo taken looking West as we make the first turn around his house near Roswell, Georgia.  His house is in the trees on this side of the fish pond.  You can see a 200-foot tall tower coming up out of the trees near Dale's house. 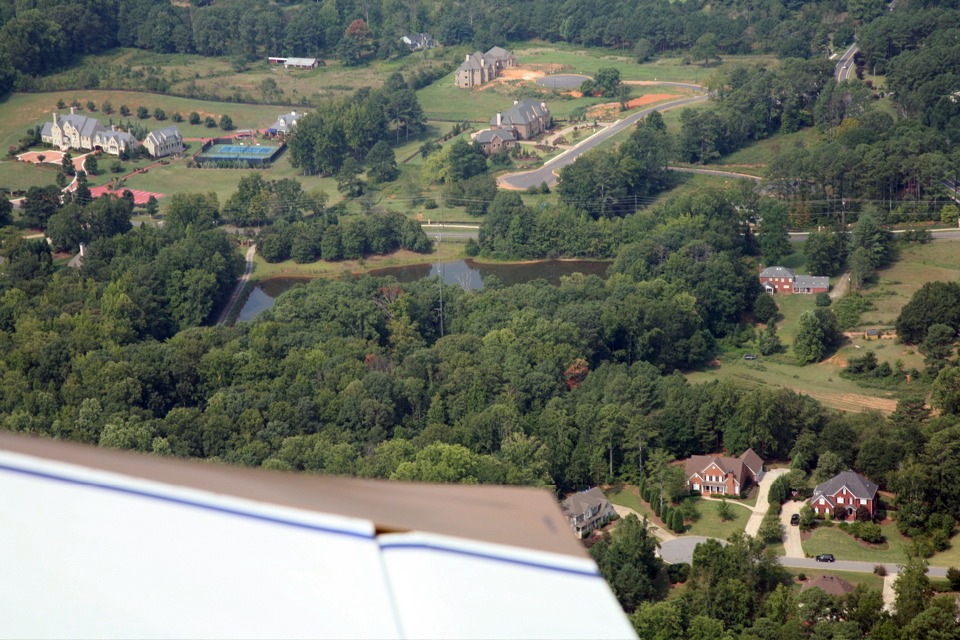 His little man-made pond is not on my digital map, but you can see where we came in from the southwest and made two turns around the house.  The first one was a shallow 30-degree bank and you can see from the photo above it was too far away to see down in the trees.  My next pass was made using a 60-degree bank angle, just like all pilots have to demonstrate in their initial check ride and each biennial flight review.   I explained this to Dale to assure him it is a standard maneuver.  When we rolled out after the second pass, he commented about feeling the G-forces.  I really did not notice the 2G's that come with the 60-degree banked turn.  I was too busy executing my "turn around a point" maneuver while he snapped the following photos below.

The neighbor across the road has quite an estate as you can see in this photo.   Or is this a tennis club with parking near the street? 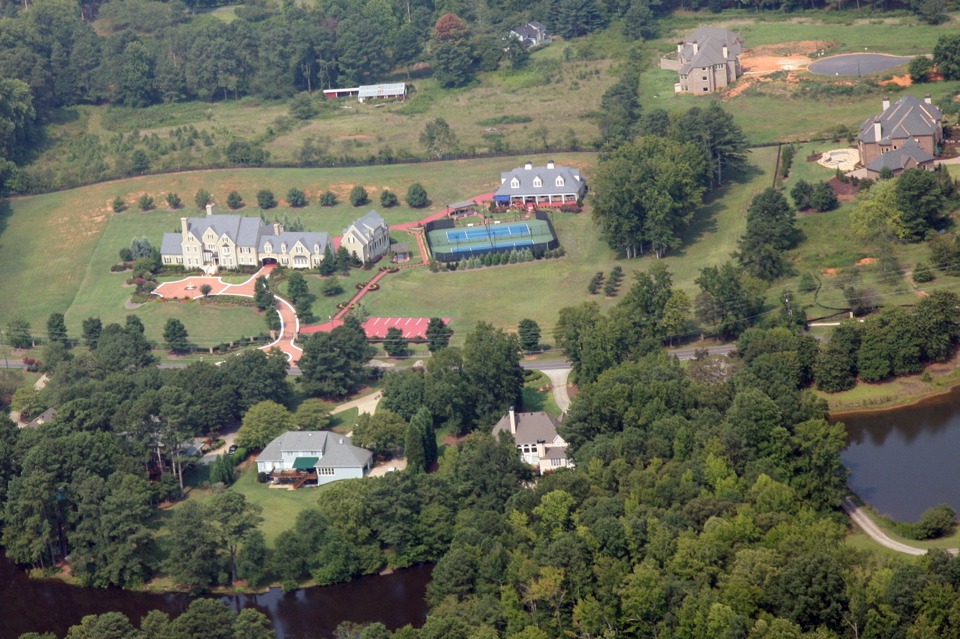 Here is a shot with the fish pond coming into view in front of the right wing. 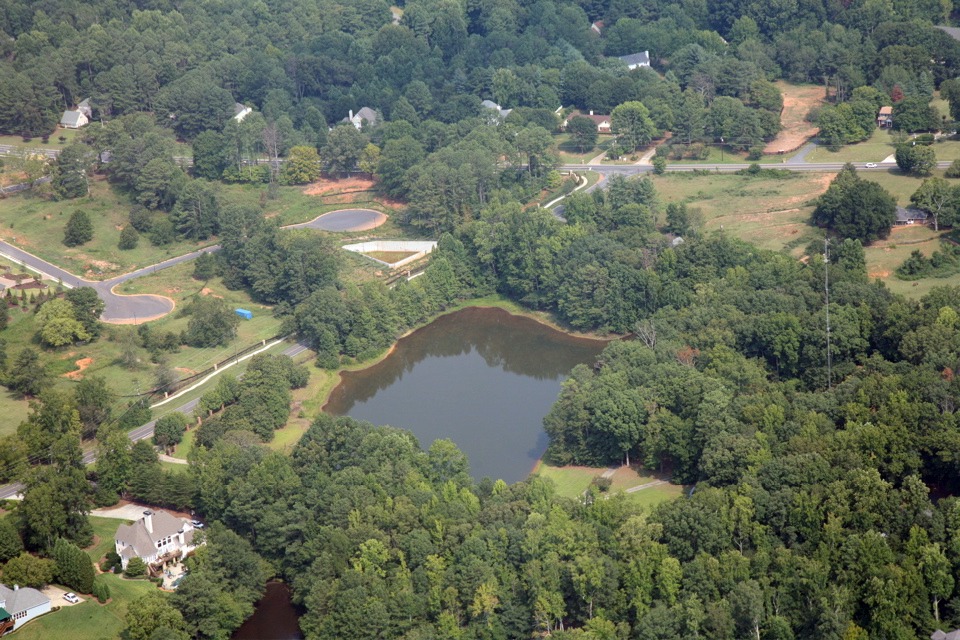 This view looking north reveals two satellite dishes near Dale's driveway, and the workshop out behind the main house.  The 200-foot tower is visible in front of the workshop.  You also get a good view of the pond west of the house.  The zoom lens on his camera is doing a good job here. 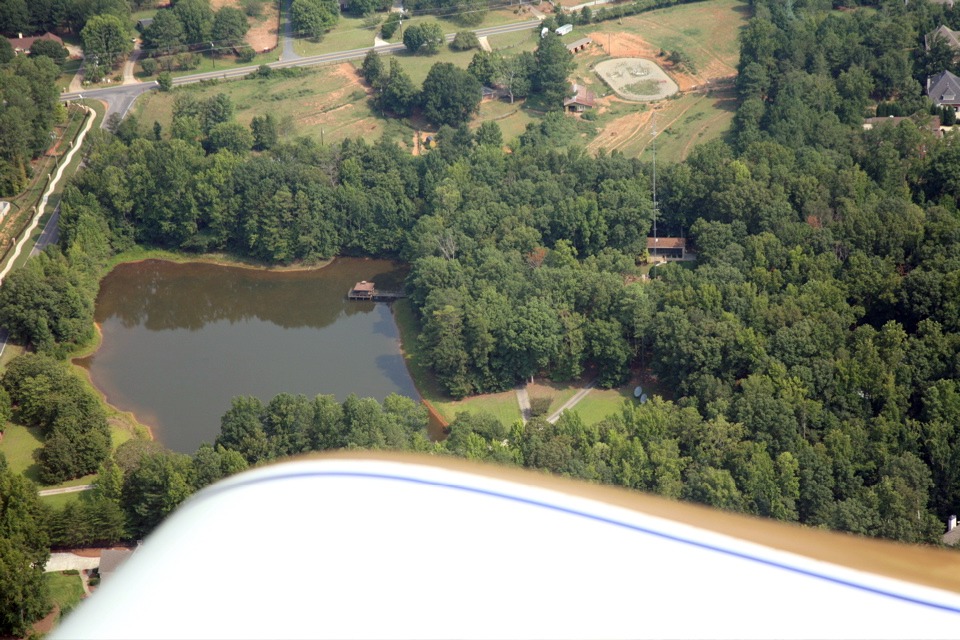