December 17, 2006:  Here are more video snapshots from a short flight on this Sunday afternoon.  This is one of the ridges that I cross between Dalton and the Chickamauga, Georgia area where Wendell's grass strip is located -- not far from the US 27 highway. 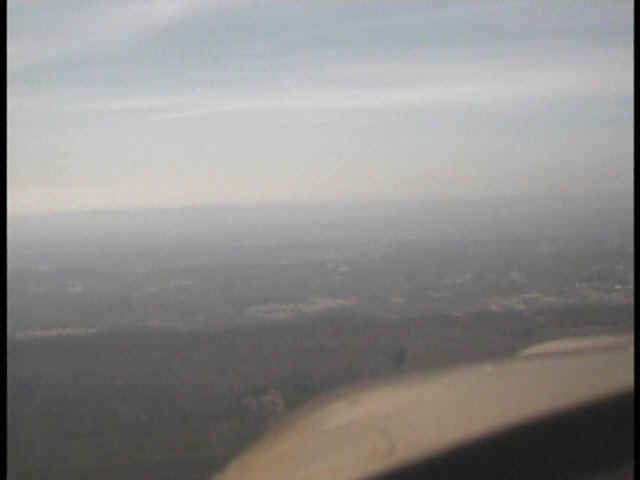 This is a view of the south end of Lookout Mountain as I start the turn into the downwind pattern for the grass strip. 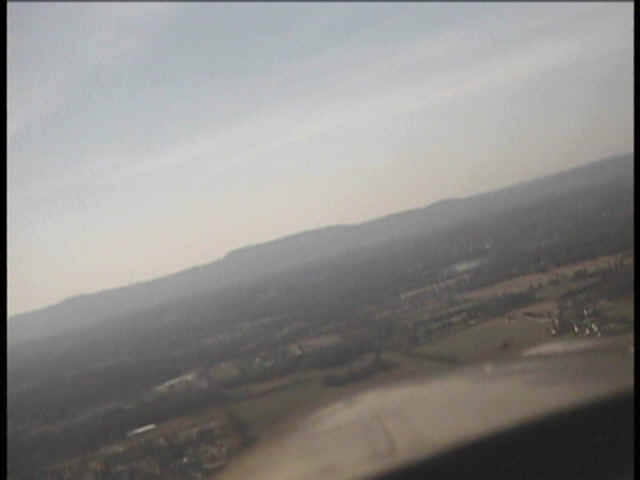 As I begin the turn to base leg, the northern end of Lookout Mountain comes into the camera view.  I also chose this video frame to show that the lower light level under the cloud layer.  The result is the propeller blade is starting to blur with a longer shutter speed on the video camera. 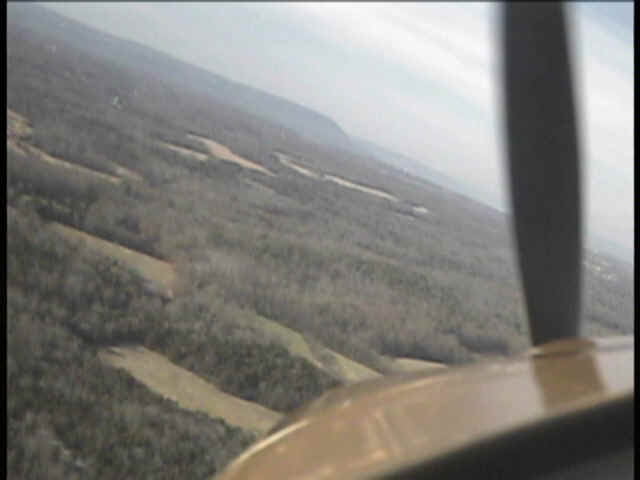 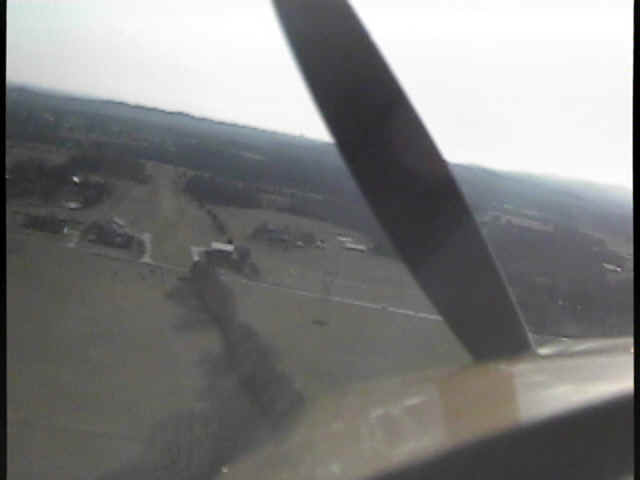 The view when established on final shows a car directly in front of Wendell's house on the LEFT side of the runway.  There is also a motorcycle following the car as they move from right-to-left (East) on the road ahead of me.  Notice the power line tower and high-tension wires just over the nose of the airplane by the propeller blade. 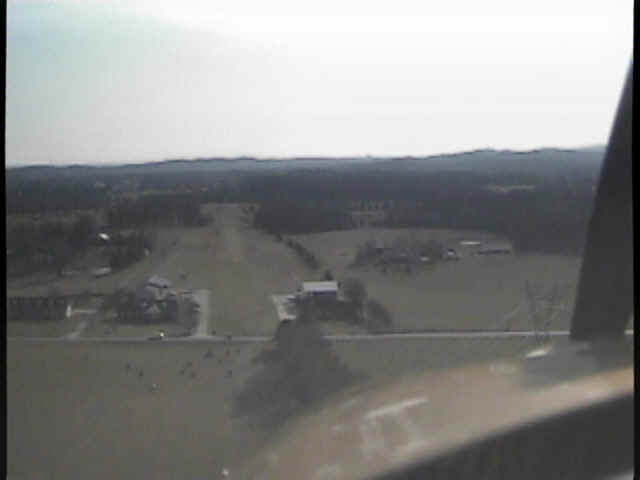 This shot is taken when flying over the road and the last wires (not seen) before landing from the north.  Our "displaced threshold" on the runway is at the end of the paved ramp in front of the hangar seen on the left side of this photo. 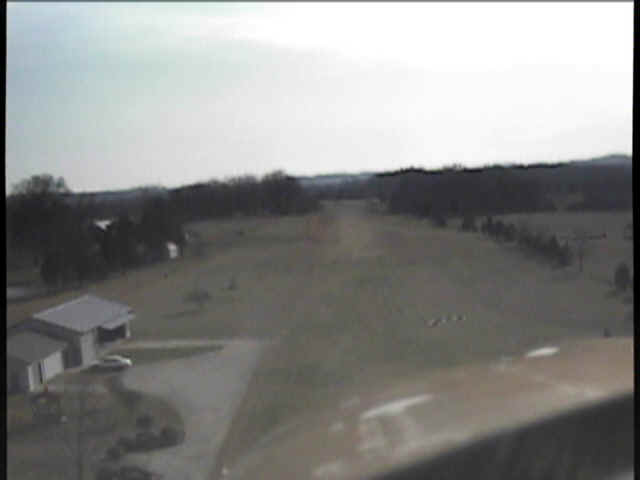 This is the view during the landing flare just before the wheels touch the runway.  How appropriate that there is a high-altitude jet contrail seen in this video snapshot.  There is also a high-level layer of cirrus clouds that reduced the light level and the video camera shutter speed. 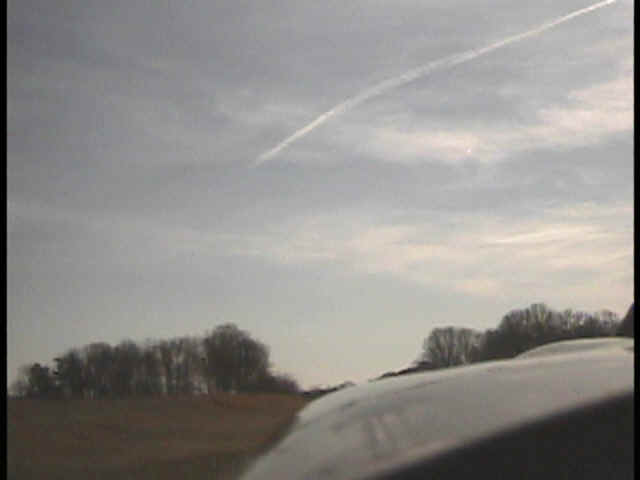 With all the wheels on the runway, the wind sock is the goal for being at a reasonable taxi speed after landing without the need for a go-around. 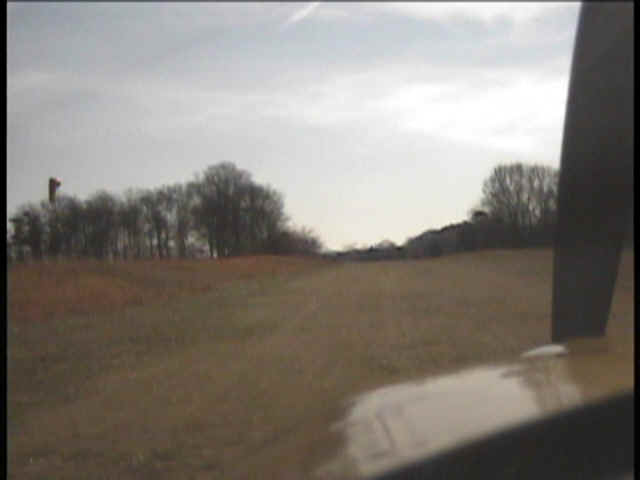