June 25, 2006:  The next waypoint on my GPS route home was the Salina, KS Airport (KSLN).  Here are two pictures as I approached and made my turn early to get the second photo from a good vantage point.  There is restricted air space nearby that required me to make the approach within five miles of the airport before I could make this turn. 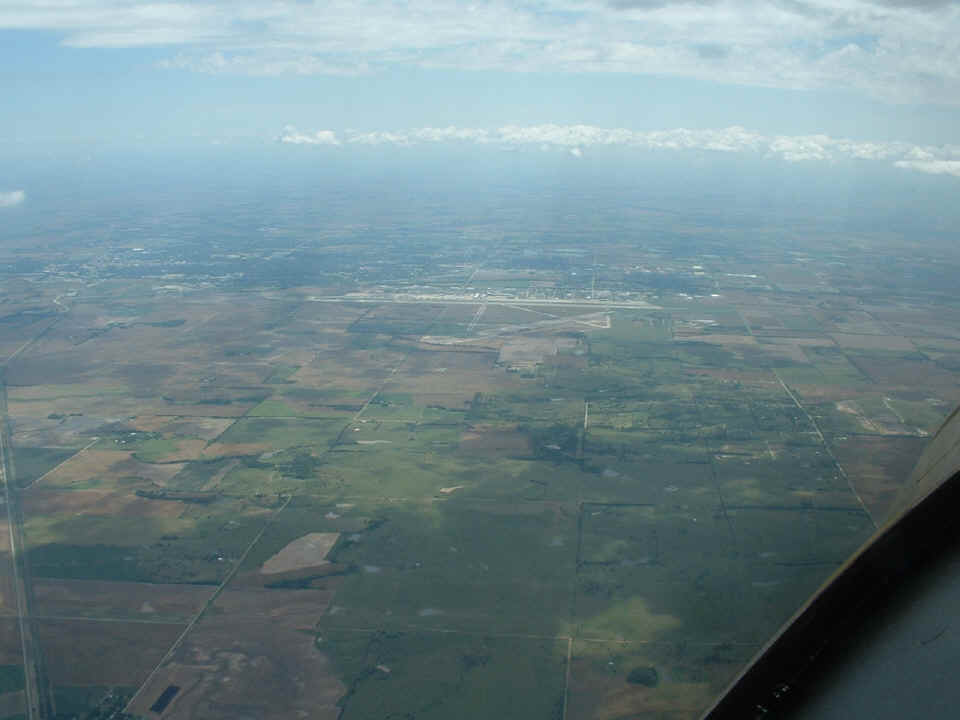 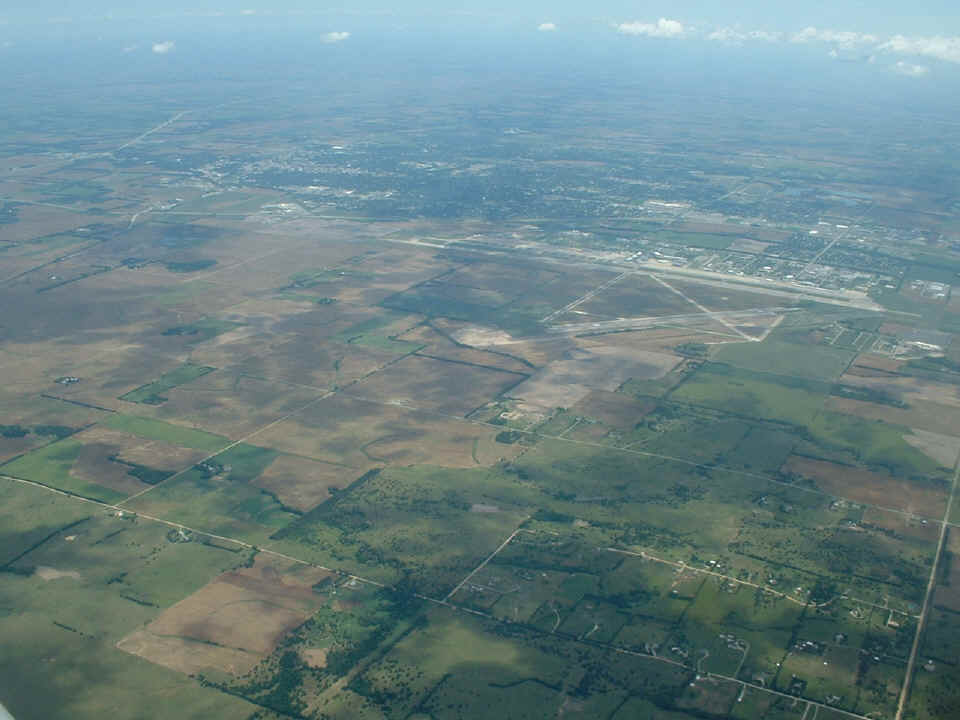 The Kansas Turnpike/Interstate 35 passes Emporia, Kansas just off my left wing.   It is approximately 14 miles from my location to the city. 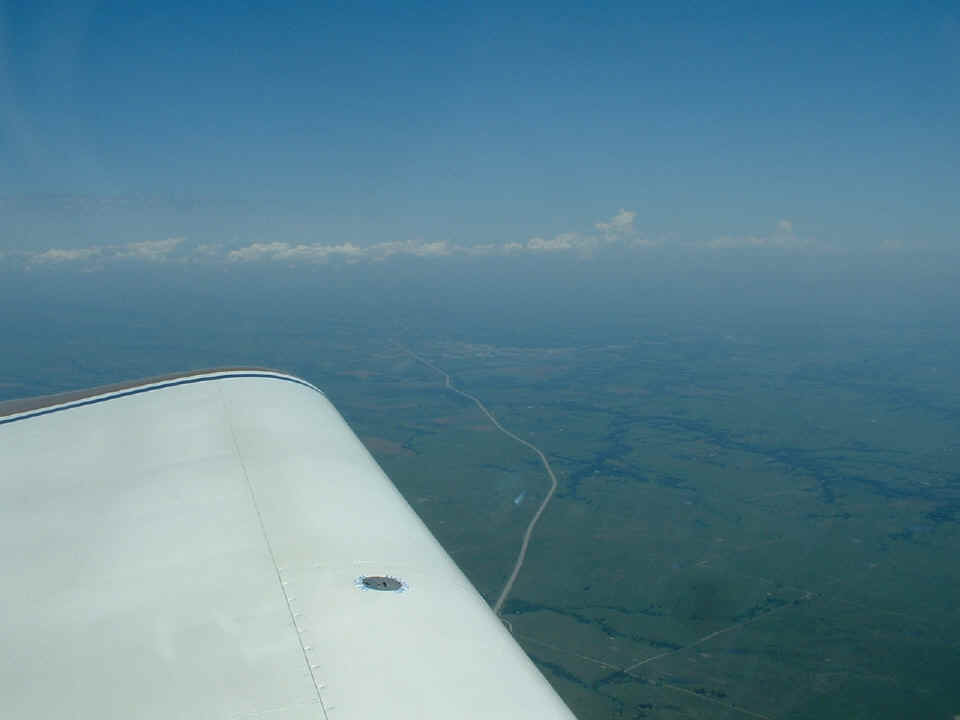 My first fuel stop for the day was here at Allen County Airport (K88) near Iola, Kansas.  The video camera is still not level, but the airplane was banked "just right" as I started the entry into the downwind leg for runway 01. 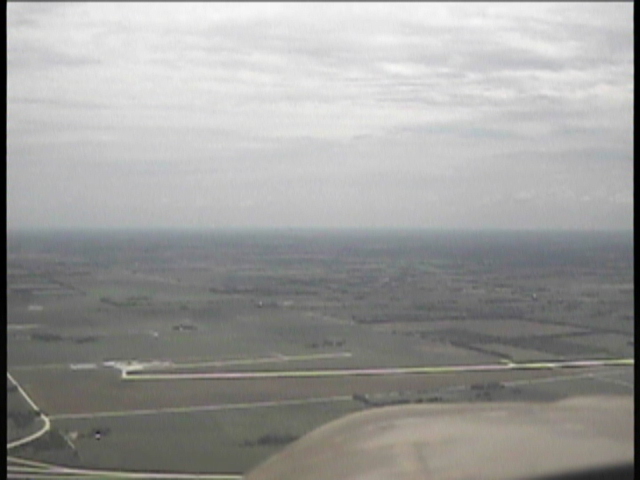 This snap shot is just as I am rolling out to line up with the runway.   The tilt in the video camera makes it look worse than it really was, same as it did when I stopped at Russell earlier (page 216). 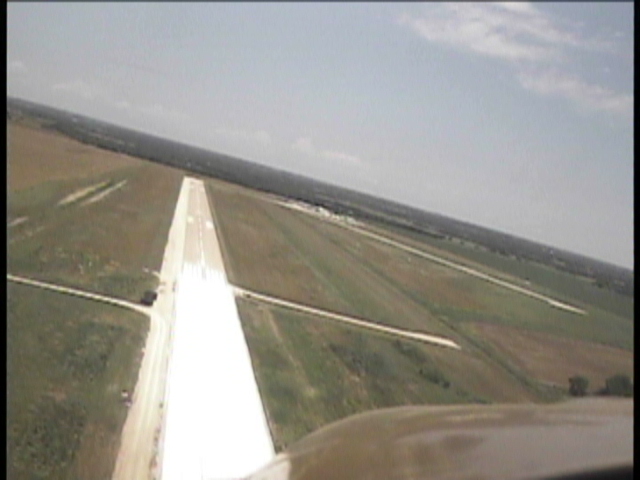 The photo tells the tale of a country airport on a Sunday.  The time stamp on the photo is 1:20 PM Eastern Time and the place is deserted.  The building door opens by entering the first four digits of the AWOS frequency in the key pad at the door.  The rest rooms were clean and I turned out the light on the way out, as I found it.  The fuel pump worked well.  You can see that Jet A, MOGAS, and 100 Low-Lead are available here.  One lonely Piper Tri-Pacer sits on the ramp.  The south end of the concrete runway is being extended. 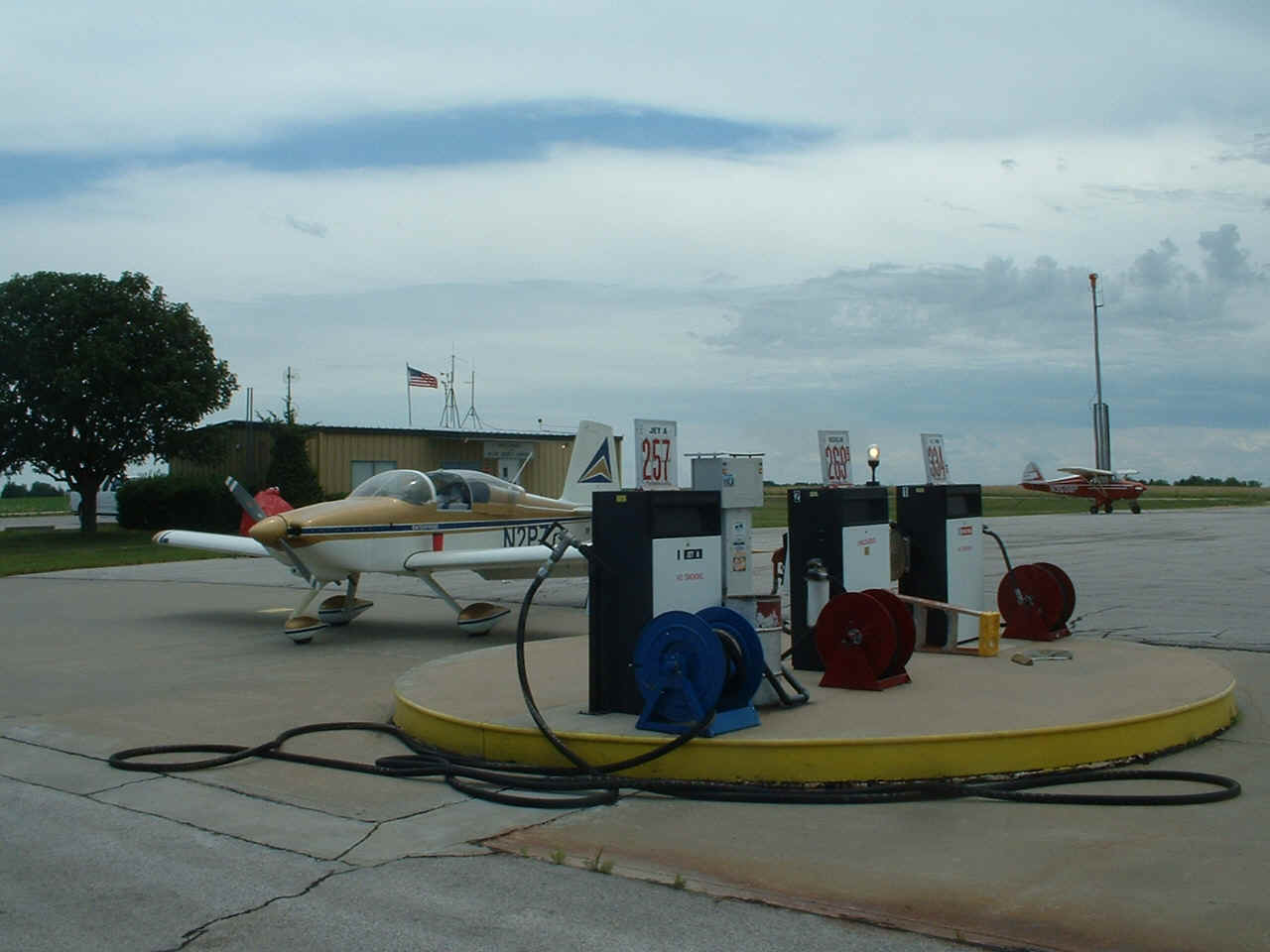 My next stop for today is to have lunch with and visit the shop of RV-9A builder, Jim Wright in Harrison, Arkansas.  I called Jim as I was preparing to depart K88.  When I was in the pattern, Jim called up to me with his hand-held radio to let me know where he would be on the ramp in his truck to lead me to a suitable tie-down location as seen below.  This photo was taken when we returned to the airport.   I had forgotten to bring my camera along when we headed for lunch, then to his place to see his project.  It was probably good that I had left my camera behind as you will see later. 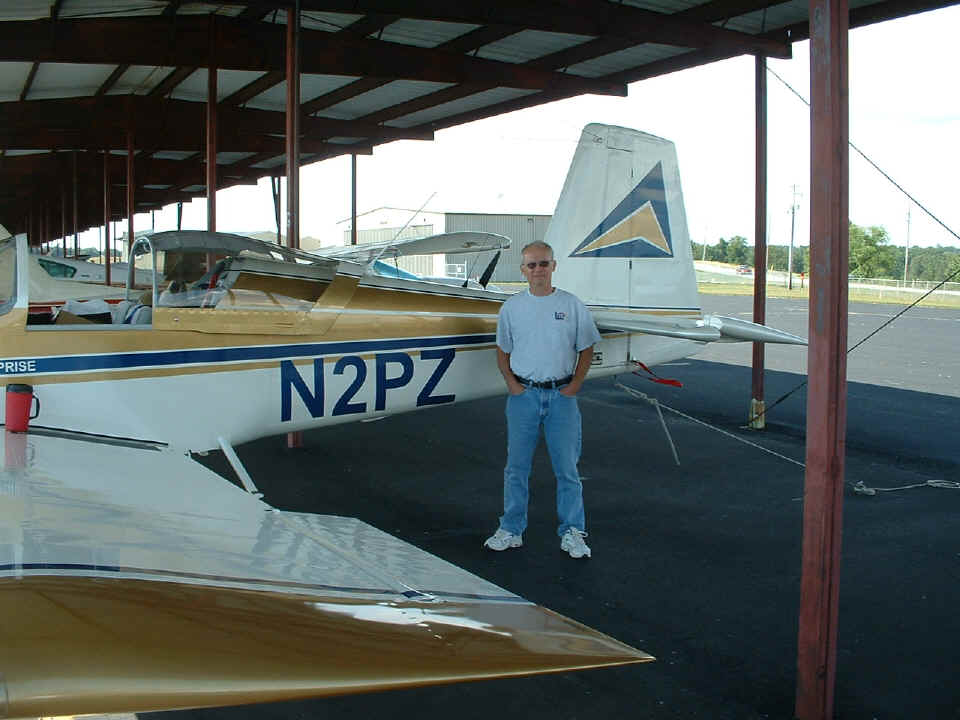 The food at a local family restaurant was excellent!  Jim is a machinist by trade and is self-employed with a shop adjacent to his home.  He is working on the wings now and is expecting his fuselage shipment in July.  He is slow-building his RV-9A.  I gave him some tips on putting on the bottom skins to his wings and reminded him of some of my woes when I was mating the horizontal stabilizer with the fuselage.   His workmanship was top-rate!

He is also considering putting in an 1,800-foot runway on his property.   He can probably make it work out since he would be landing uphill from the north end, and departing downhill toward the north.  Unless the wind is really blowing hard, the slope of the land is all that counts.  He has trees at the south end, so a go around is not really an option if he builds the landing strip.