November 3, 2005:  These two pages of photos came via email today from a good friend in Florida.  I processed them in Corel Photo Paint to convert them to JPEG format and decided I would share them here.  These photos may be found on the internet, but I have put them here for convenience. The first photo is from New York City taken at some date prior to September 11, 2001 as the Blue Angels fly north along the Hudson River. The backdrop here is Niagara Falls. 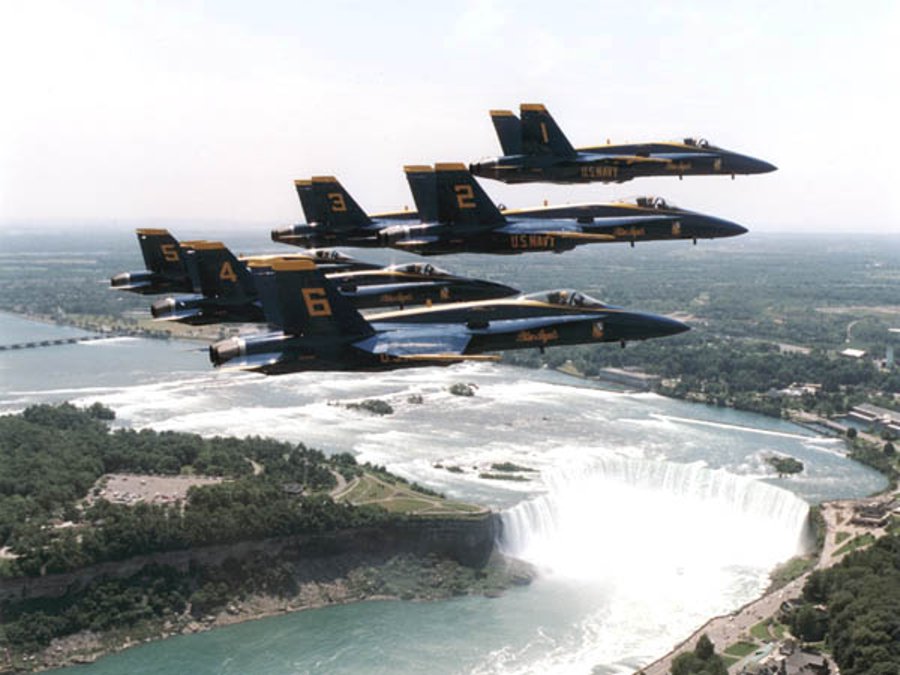 Boston harbor is the setting for the OLD and NEW U.S. Navy ships and the Blue Angels naval flight demonstration team.  The sailing ship is the oldest commissioned ship in the fleet, USS Constitution. 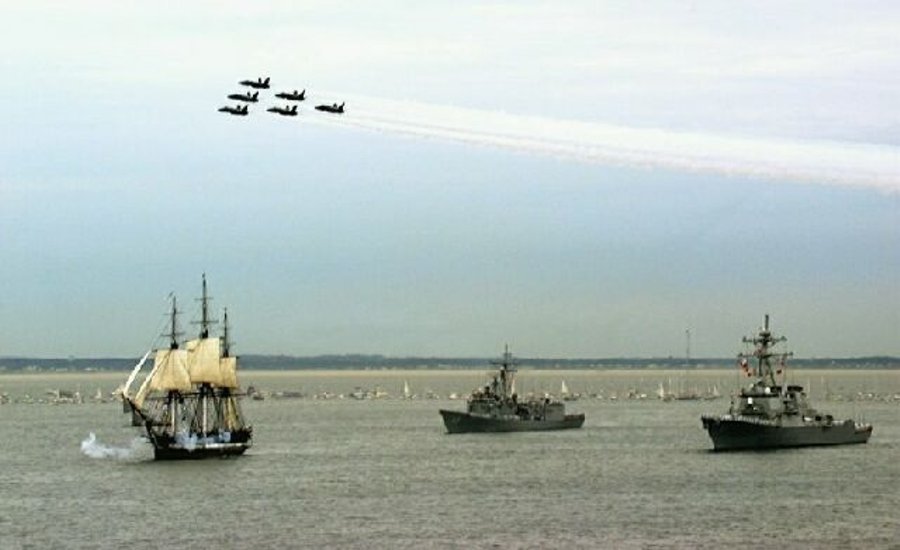 Here is a better look at the USS Constitution up close with the Blue Angels flying overhead. Who better to entertain than the men of the fleet! San Francisco gets a visit from the Blue Angels.  This shot of the Golden Gate Bridge is taken by a wingman looking North. 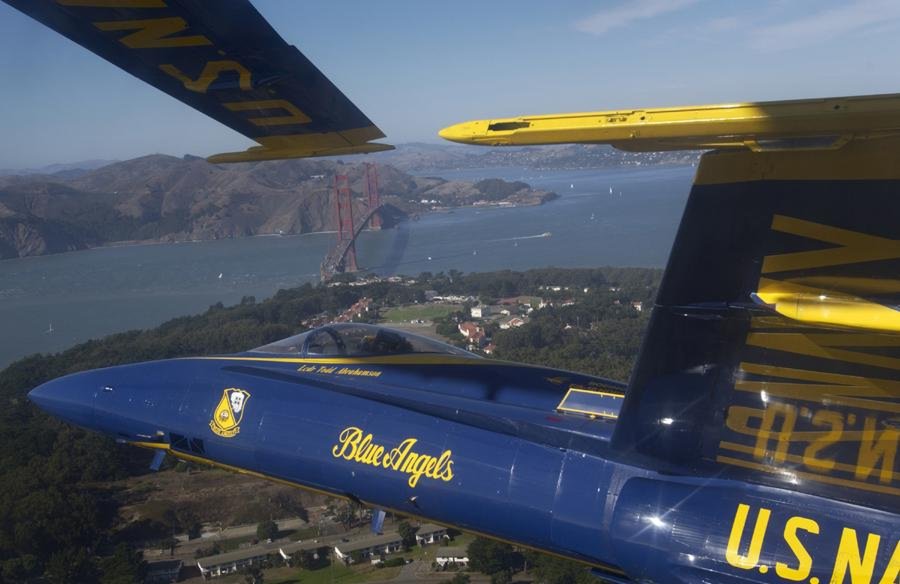 Here is Alcatraz Island as it looks coming down the back side of a dirty loop Blue Angels style. 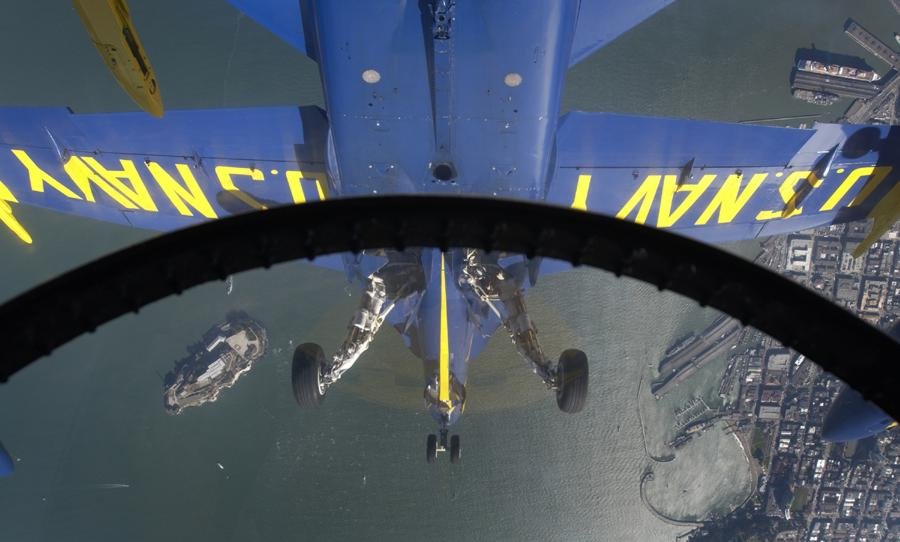 The C-130 that travels with the Blue Angels flight team usually gets into the act.  This shot has Alcatraz in the background.  The fast shutter speed used in this photo "stops the props" although the engines and propellers are probably turning at full cruise power settings. 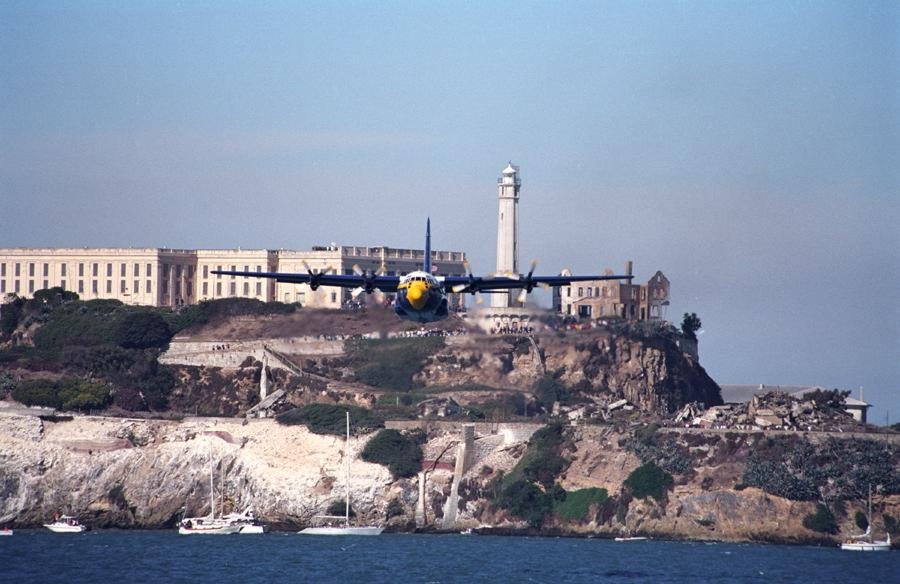 One of the combat zone maneuvers for the C-130 is rocket assisted takeoff from short fields.  The heavy moisture in the air creates the visible arcs behind the propellers.  I noticed the same thing from my prop when I departed for LOE5 that morning as the ground fog was burning off. I have another NINE additional file photos of the BLUE ANGELS on PAGE 192.