October 17, 2005:  The airport at Tupelo, Mississippi had the best fuel price along my route of flight and near enough to home to leave plenty of fuel in my tanks for flying in my home area.  The self-service 100LL fuel area is near the north end of the runway and just East of the taxiway.  That building in the back ground across the taxiway to the pumps is the "hospitality house" for self-service transient pilots like me.  It had a nice living room with several plush sofas, a "kitchen area", a computer weather / flight planning room, vending machines, and rest rooms of course. 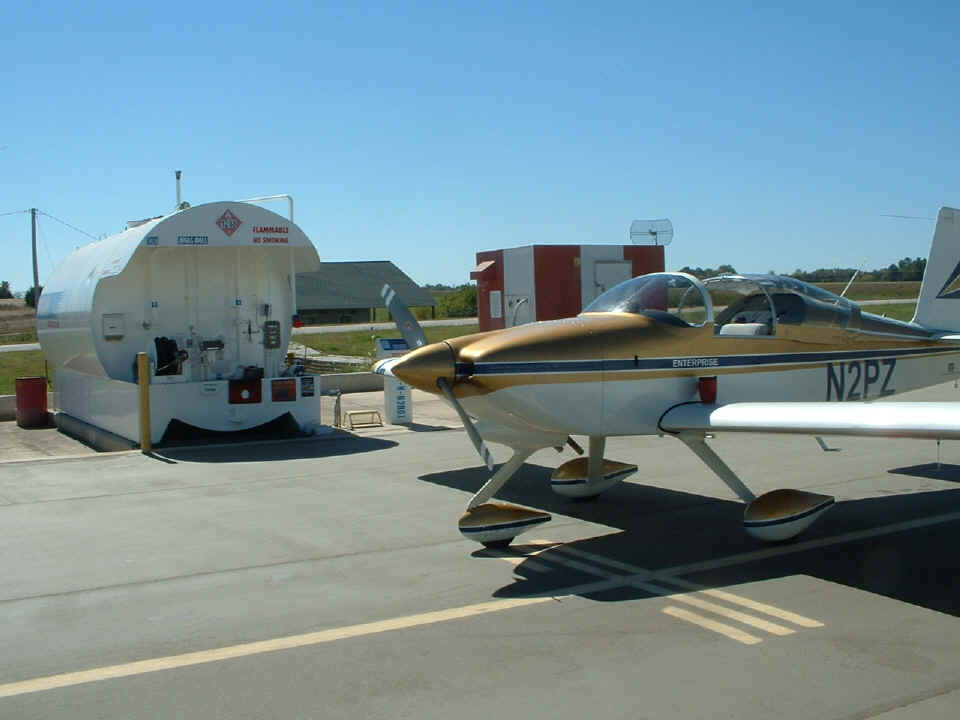 There is a row of T-hangars just north of the self-service fuel station. 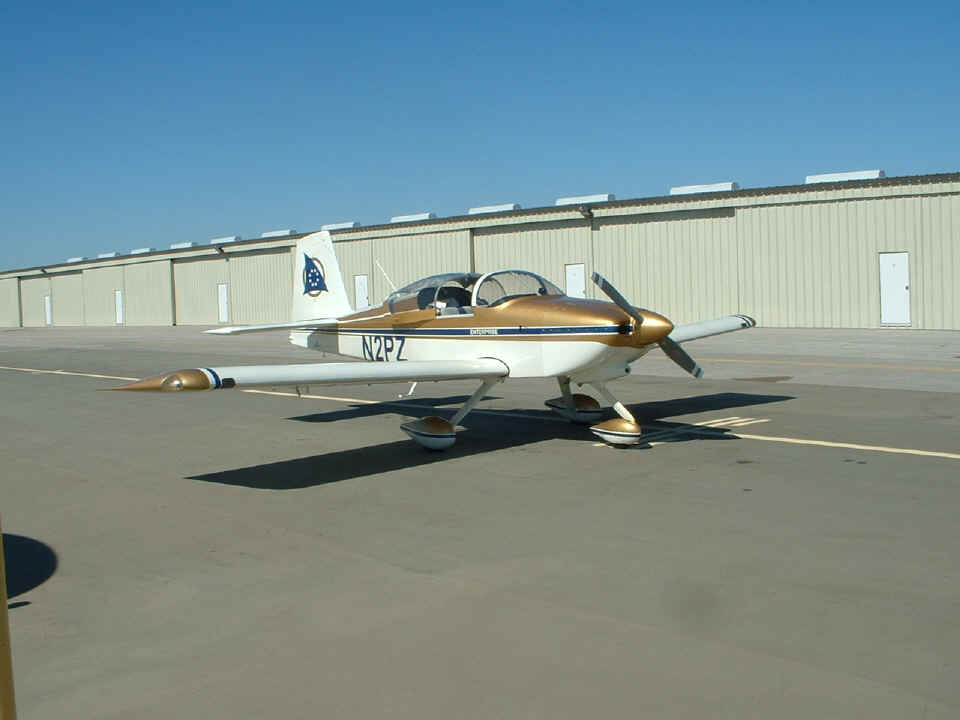 Here is a better look at the walkway and the hospitality house across the taxiway south of the fuel station.  It has a nice porch on the west side surrounding half of the building.  All it needs is a few rocking chairs on the porch.  The inside was fresh, new and pristine.  The smell of fresh paint was also faintly noticeable inside. 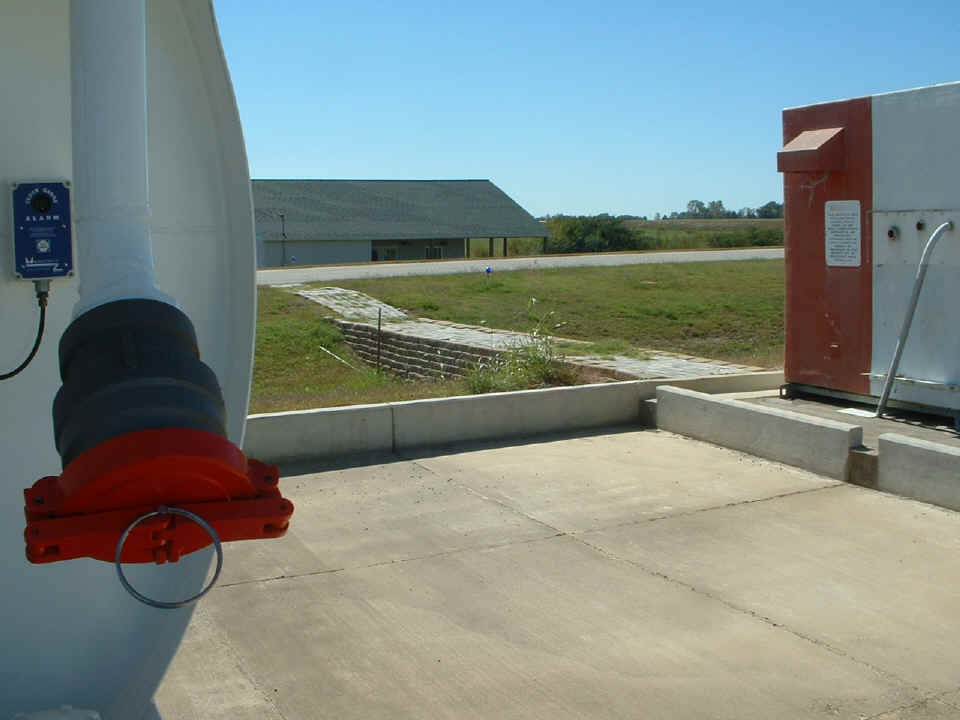 My last picture heading home this Monday is of the Rankin lock and dam holding back Beaver Lake along the Tombigbee Waterway.  It is located about 20 miles East of Tupelo and a few miles North of Fulton, Mississippi.  The Tennessee-Tombigbee Waterway connects to the Tennessee River about 40 miles North of this location.  It provides a shorter route to the Gulf of Mexico through the Eastern portion of Mississippi and the Western side of Alabama. 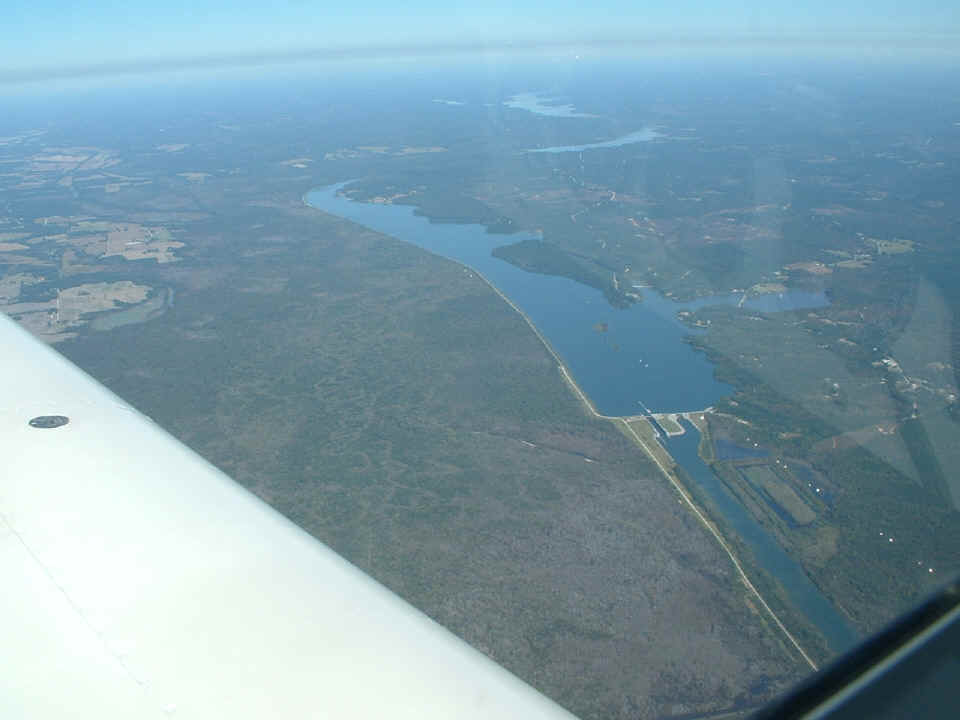 I passed the north side of Huntsville to avoid the Redstone Arsenal restricted area and was home about an hour after taking this photo.  I touched down just after 3 PM Eastern Time.  It was about 6 PM when I got the airplane put away, unpacked, cleaned and headed for home.  I stopped by Walmart to get fresh grapes, bananas, and frozen shrimp.

My emails on Monday evening were about some of the photos I posted when I was still in the El Paso area, and about flying "young eagles" for EAA chapter 150.   Life goes on and when it involves flying the Enterprise, I will share it with you in these pages.  Fly safe out there.

October 19, 2005: This is the day that I finished posting all the LOE5 photos from the trip back home.  I also created a new web page to show the digital photos taken by Ray Johnson when he went flying with me on September 10, 2005.  He took a few great photos from the right seat of my airplane when we were on approach to runway 3 at Collegedale.  You can see those photos on PAGE 169A.

And there is one more thing to show you.  Enterprise was judged as the BEST RV-9/9A at the LOE5 Fly-in!  Here is the trophy I was given at the banquet last Saturday night, and an 8.5x11 photo I bought from a local photographer as I was preparing for my Eastbound departure Sunday morning.  You can see I have a Sporty's catalog open to the sectional chart page on the sofa behind the snack tables. 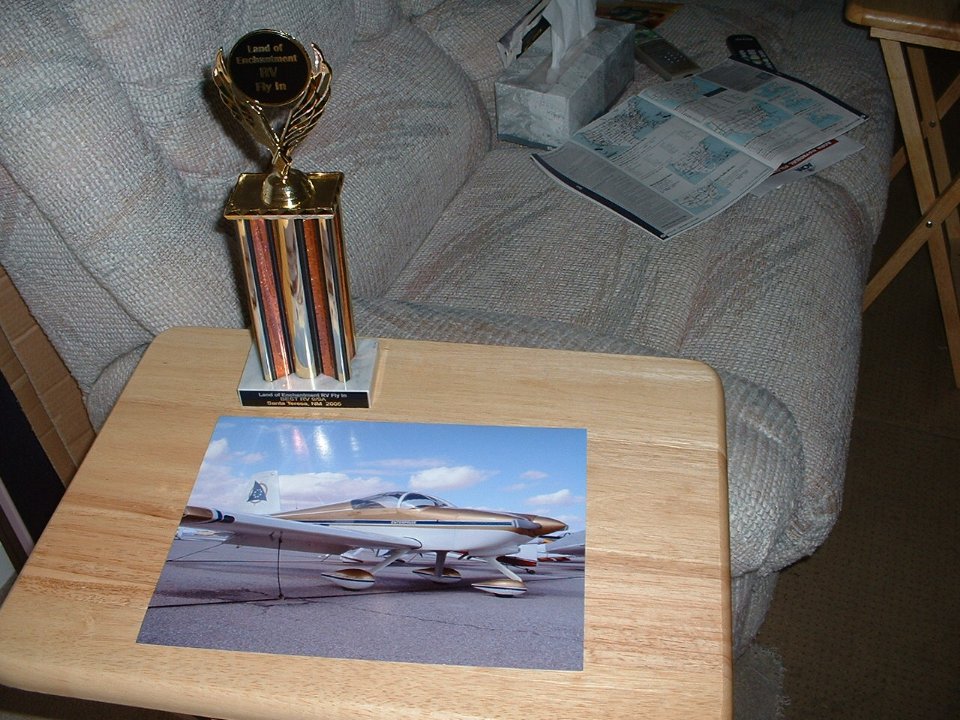 October 20, 2005:  I went over to the hangar to perform a couple of minor repairs I found that were needed.  I found a broken rivet under the firewall when I stopped at Hugo, Oklahoma last Thursday for lunch.  I had to remove the cowl to get access to it.  This picture is taken before the repair was made.  I drilled out the remaining half of the 3/32" rivet and found I could not get my squeezer in there to replace it due to the presence of the engine mount.  I ended up drilling out the hole with a #30 drill bit and installing a CS-4-4 blind rivet.  The hole where this was installed was the inboard end of the lower LEFT hinge on the firewall used to secure the lower aft side of the cowl to the firewall. 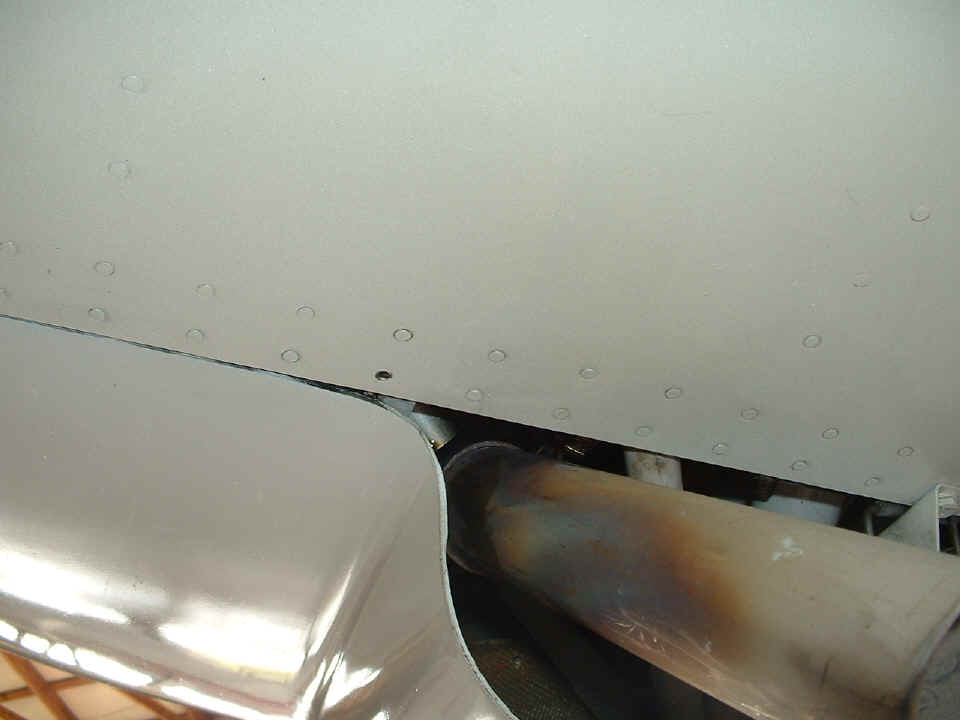 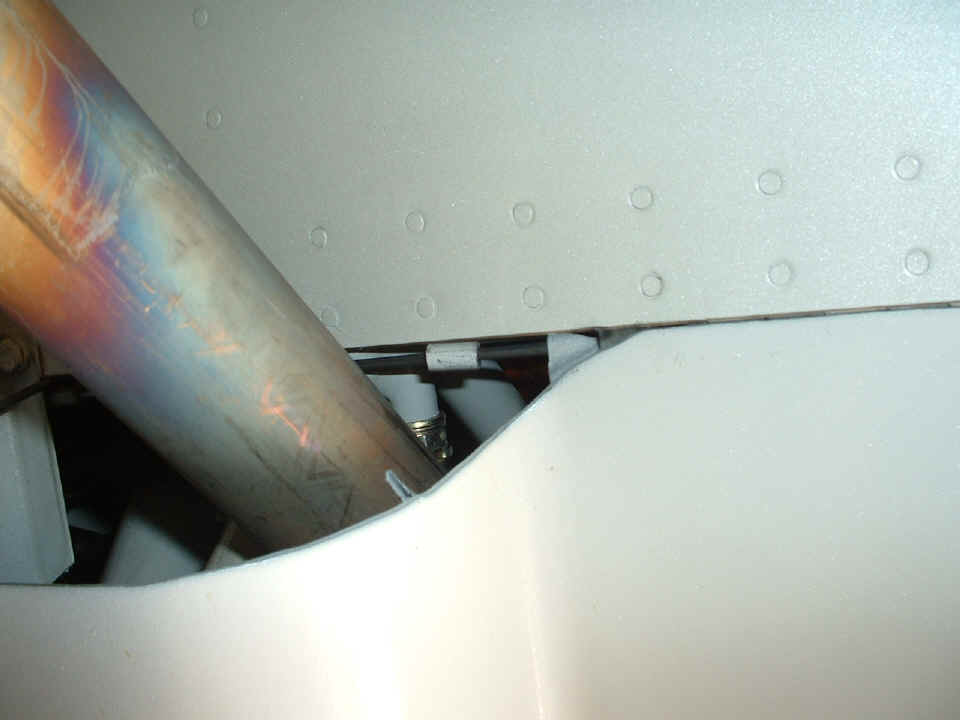 In other maintenance issues, the Navaid wing leveler acted up a bit on the trip to LOE5.  I called Horace over at Navaid before I left home this morning to discuss the symptoms I had observed.  We agreed that I would bring the unit into his shop on Friday morning.  I removed the main instrument panel and took the unit out of the panel before heading home for the day.

The other notable thing today was a visit by pilot David Torbett who is interested in possibly purchasing the Cessna 182 from Wendell.  I have pictures of that check ride of the Cessna 182 on PAGE 187.