October 16, 2005:  Here is a second shot of the volcanic peaks as we passed a bit closer to them.  The names for these peaks from left to right are Alamo Mountain (6,670 feet), Flat Top (6,130 feet), Wind Mountain (7,280 feet),  San Antonio Mountain (6,998 feet), and Chattfield Mountain (6,270 feet).   There are a few mountains buried in the clouds that are around these.  The more prominent mountains San Antonio and Chatfield on the right half of the photo are on the Texas side of the state line.  The two on the left side are in New Mexico.   There are more mountains hiding in and under the clouds as shown on the map below this picture. 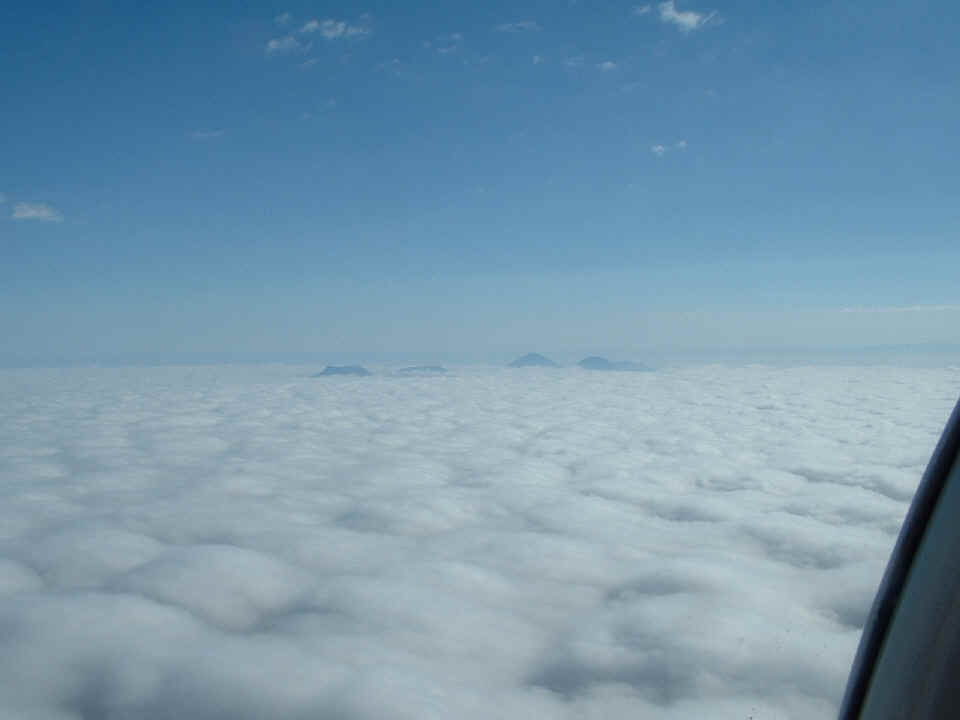 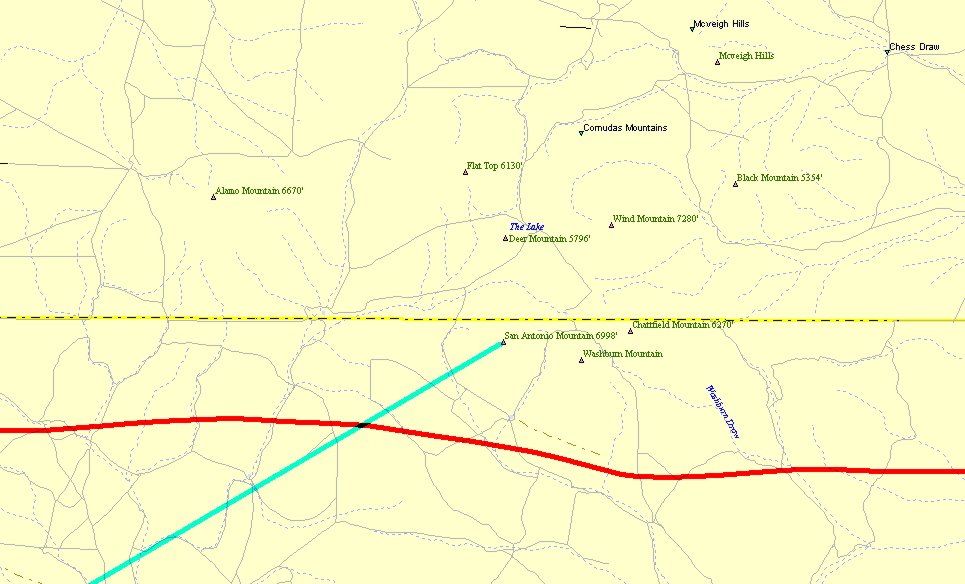 Only a few miles to the East of the volcanic peaks, the clouds cleared to reveal this fertile farm land in West Texas made green by irrigation water.  This view is looking north toward the restricted airspace in New Mexico.  That little town directly off the end of the wing is Dell City, Texas.  Here is some information provided in an email on October 19th from a friend of mine, Doc Bryant.  Doc is a pyrotechnics expert who sets off fireworks displays around the country as one of his favorite jobs.  You will learn a bit more about Doc in the pages to come.  I stopped to have lunch with him on my way home.

Dell City is an interesting city.  It's all to benefit some very large farms growing animal feeds and other crops.  There is also a mining operation nearby.  I have shot their 4th of July Fireworks display three times.  The entire town comes out for a barbecue dinner (not a very good dinner, canned, LOL) and then the fireworks display which is paid for by the Dell City Telephone Co-op.  It is amazing to see the level of technology there in this little backwater burg sponsored by the phone Co-op.  And they spend over $100 a resident on the fireworks display.  So it's not a small display by any stretch of the imagination.   The fireworks display is always neat because of the clear desert air at night and the echoes reverberating off the mountains to the north.   Doc 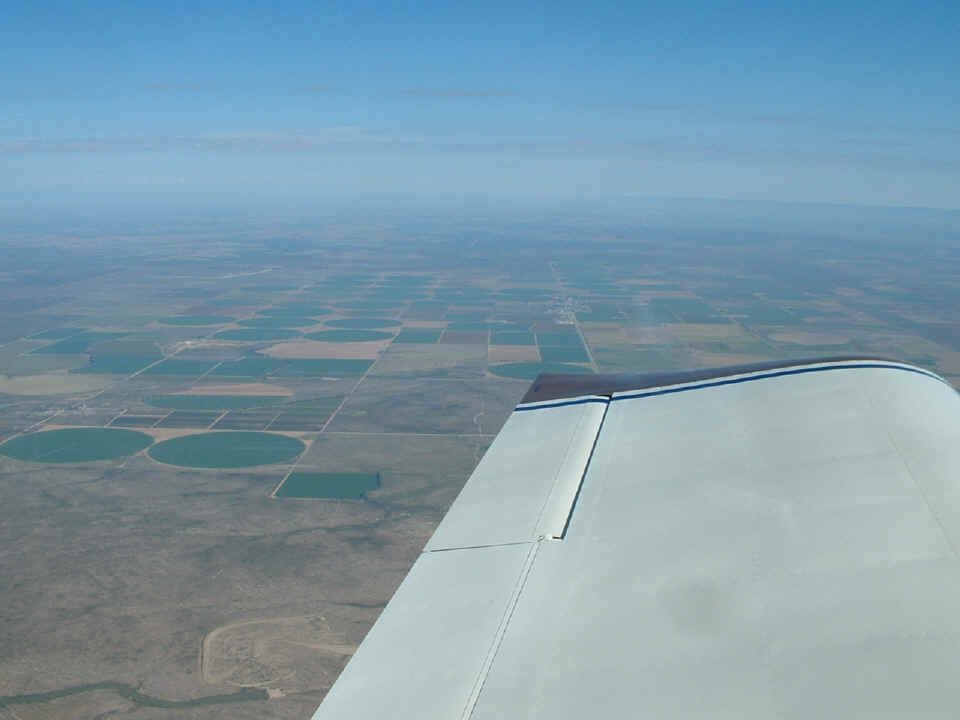 This map depicts the area of the photo above and includes portions of both my ground tracks into and out of the El Paso Area.  WESTBOUND is RED and EASTBOUND is BLUE. 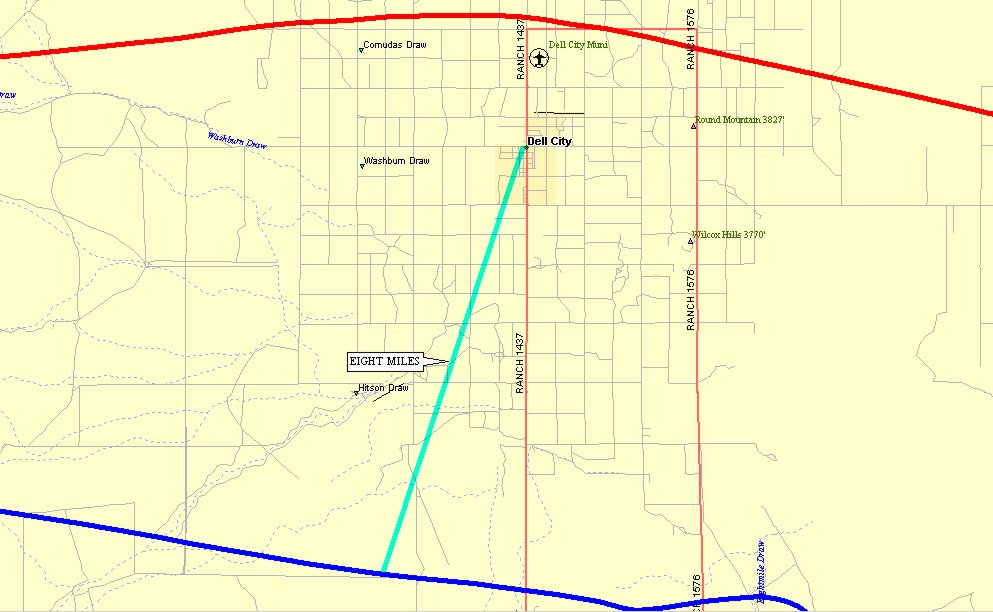 Just East of the irrigation area is this dry salt lake.  I zoomed in to show the details of the "crop circles" in the irrigation paths.  Just South of the salt lake is Salt Flat VOR, a radio navigation aid in this area located just north of US highway 62.  I was flying this path to show Rob Reece what a VOR installation looked like.  We have been monitoring them as part of his indoctrination into radio navigation during these flights. 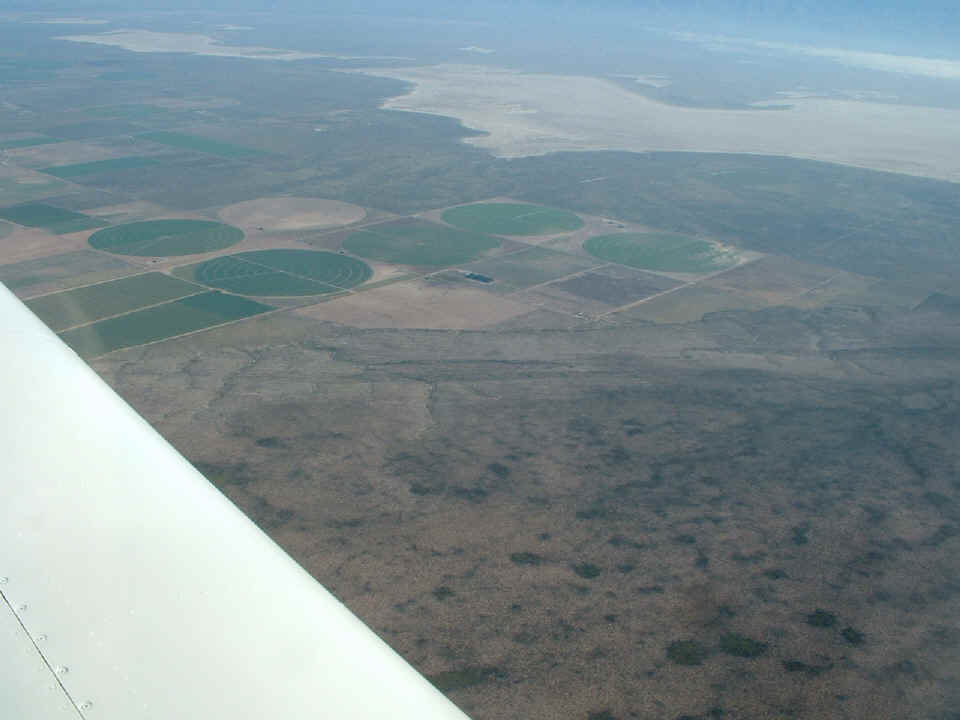 This wide-angle shot shows the Guadalupe Mountains to the East of the salt flats. 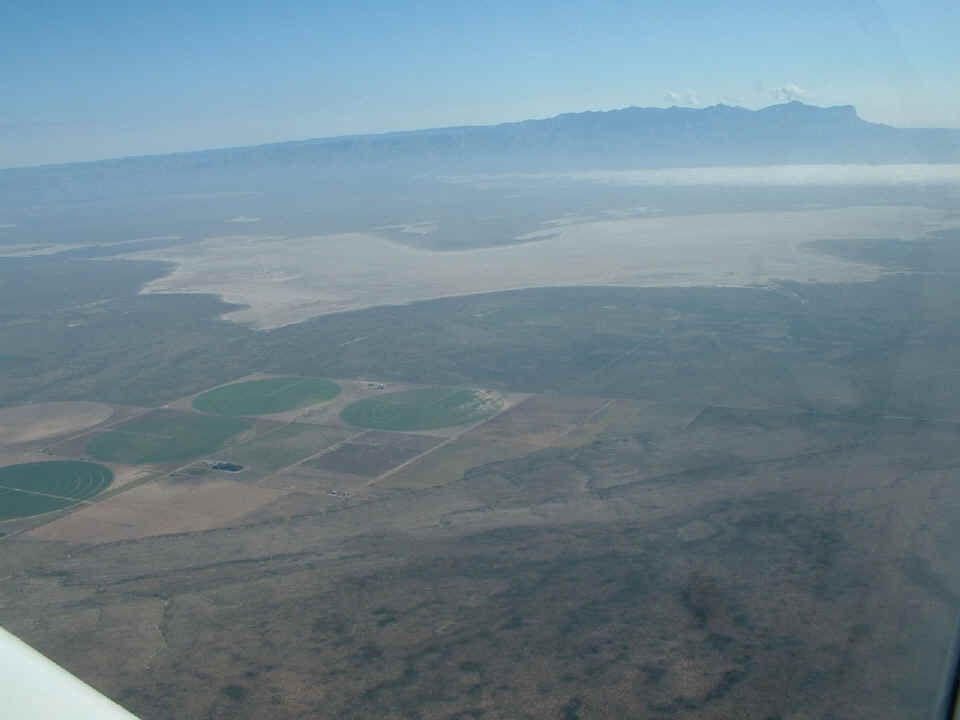 After passing the Salt Flat VOR, I turned toward El Capitan and the southern-most face of the Guadalupe Mountains.  The highest peak in the photo below is Guadalupe Peak at 8,749 feet above sea level.  The peak near the "face" of the mountain range is El Capitan at 8,085 feet high.  Guadalupe Peak is the highest point in Texas. 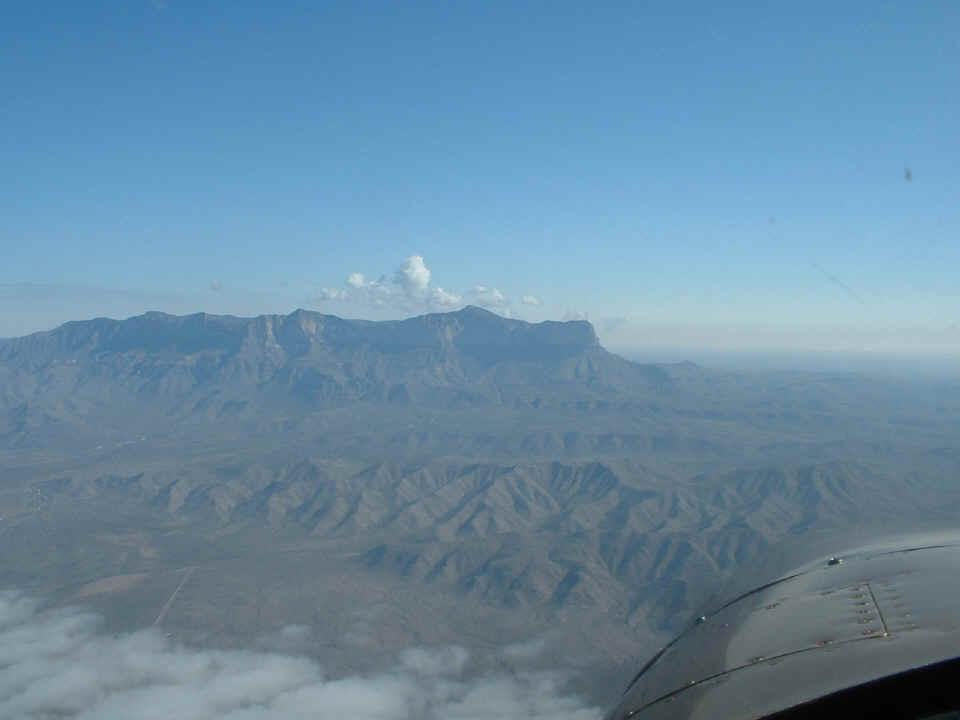 As I was taking this series of photos, I had Rob Reece flying the plane "that-a-way" straight and level.  He did a good job. 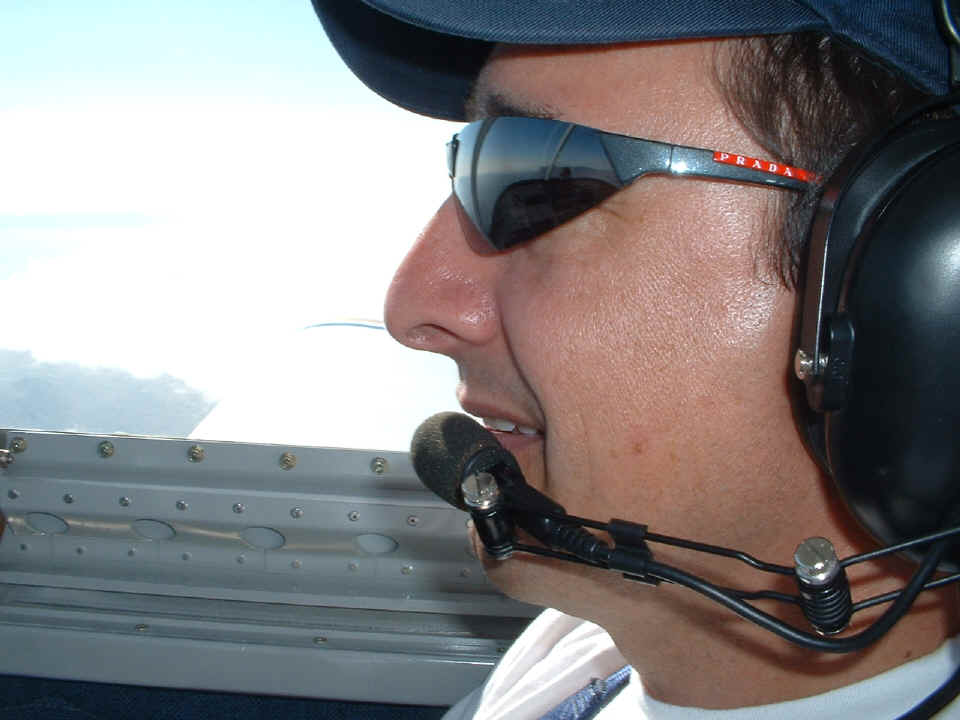 There are more pictures of El Capitan and the Guadalupe Mountains on PAGE 183.