October 14, 2005:  There were still a few folks out in the parking area looking at airplanes and getting ideas for their own projects. 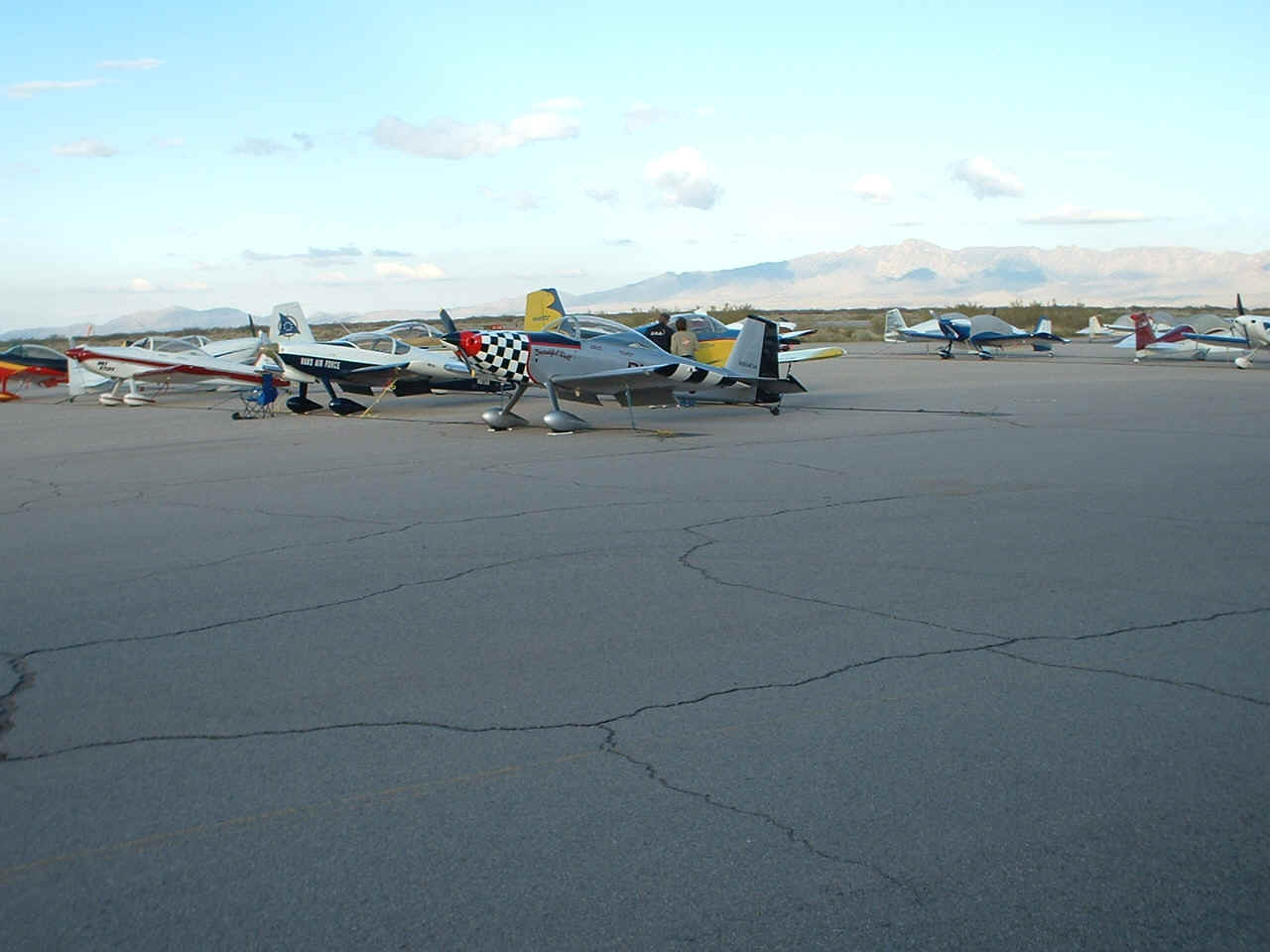 The airplanes of the museum make an excellent backdrop for this social fly-in. 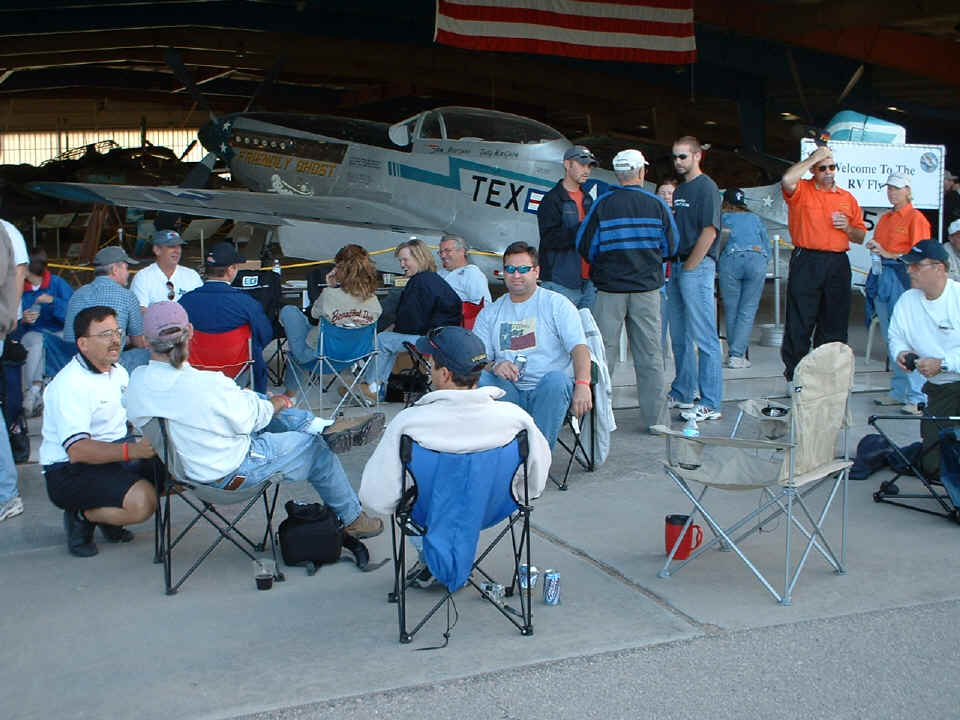 The folks from Advantage Rent-A-Car came out to the airport with plenty of cars for us to rent for the two days of the fly-in. 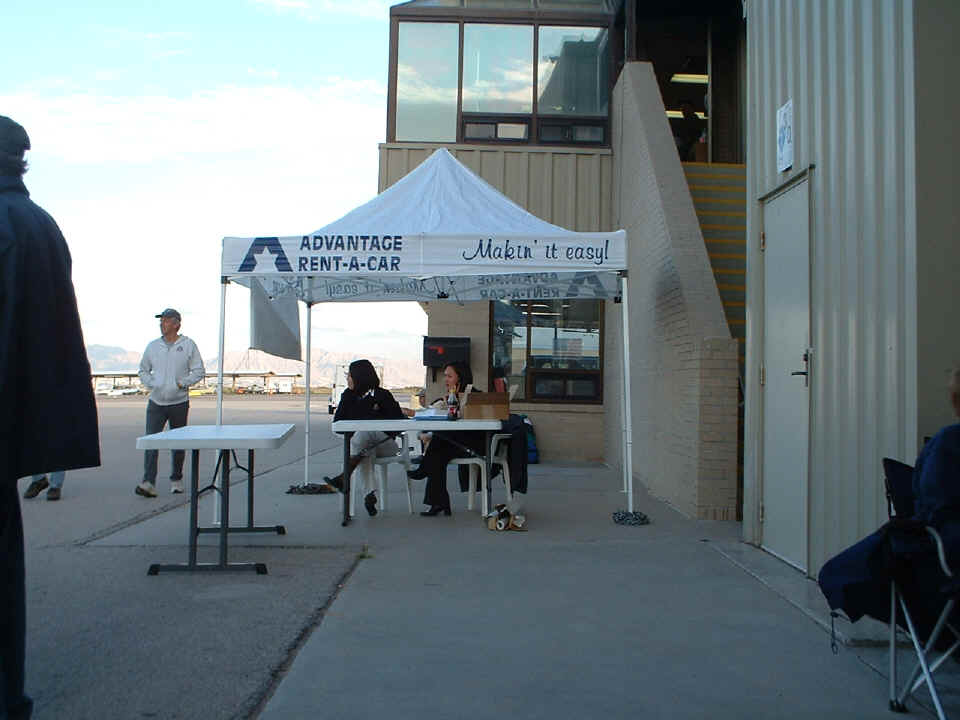 Frank Melder flew his RV-8 from Arlington, Washington to be here.   Arlington is located about 42 miles north of Seattle, Washington. 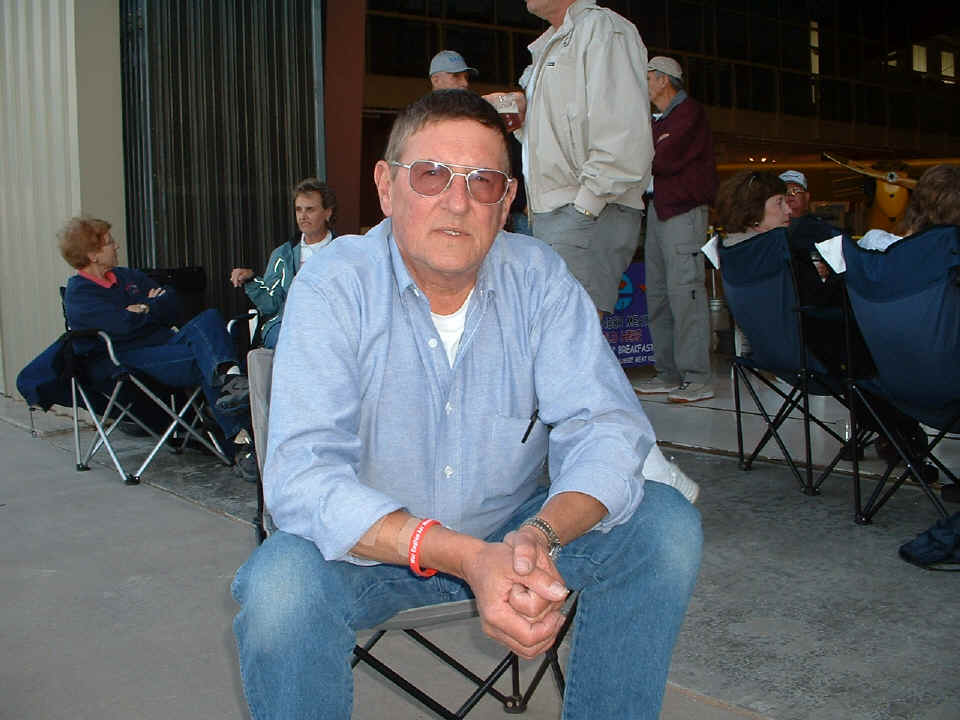 Frank was talking about some of his neighbors at the airport community where he lives.  When we got around to flying characteristics and one of his neighbors that is an aeronautical wizard, this wing root strake became part of the discussion.  It smoothes the turbulent air from the gear leg intersection fairing as the air moves across the wing root of the RV-8 taildragger.  The net effect is to provide smooth air to the horizontal stabilizer on the tail of the airplane.  Why you say?  That smoother air flowing across the HS at landing speeds improves the performance of the tail allowing a five-knot lower speed of the horizontal stabilizer during the landing roll.  The change in performance means the tail does not stall out so quickly.  NOTE: I received an email from Frank (10/18/2005) reminding me that during the landing, the tail is providing a DOWNWARD force to keep the NOSE UP.   It provides an additional force other than gravity acting upon the proper weight and balance of the airplane that keeps it from nosing over during the landing roll-out after touchdown. 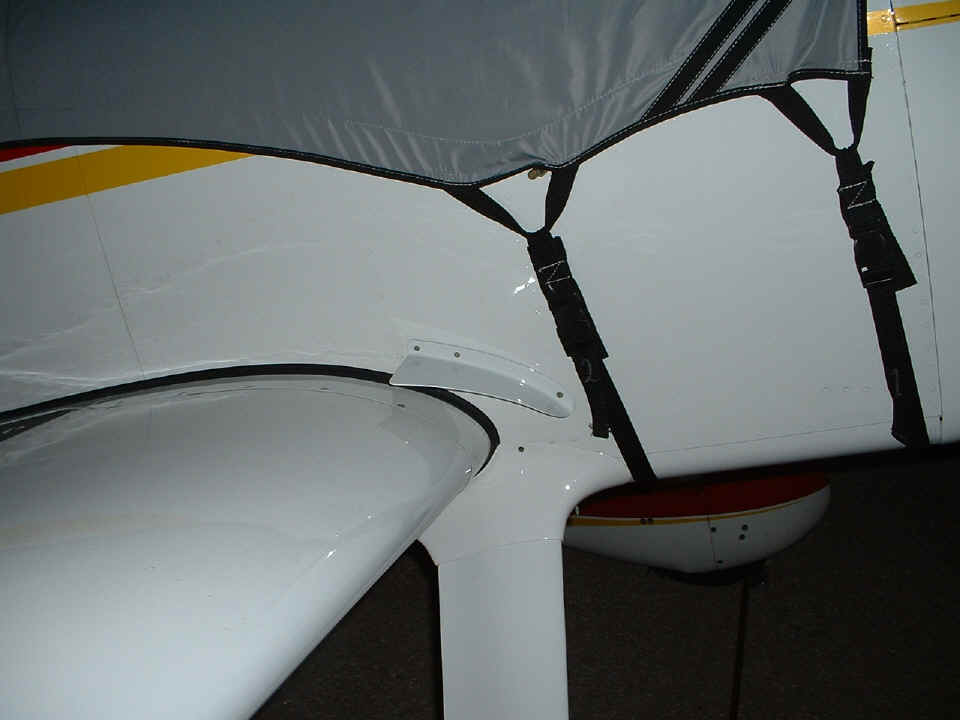 UPDATE!  October 15, 2006:  SATURDAY at LOE5 had rain in the early morning before I arrived at the airport.  I found this image in Doug Reeves collection from LOE5.  I finally posted this photo on September 7, 2006.  This first photo below was taken by Doug Reeves shortly after my arrival that morning.  You can see I have just opened up the airplane for the day and have a visitor asking about my airplane. 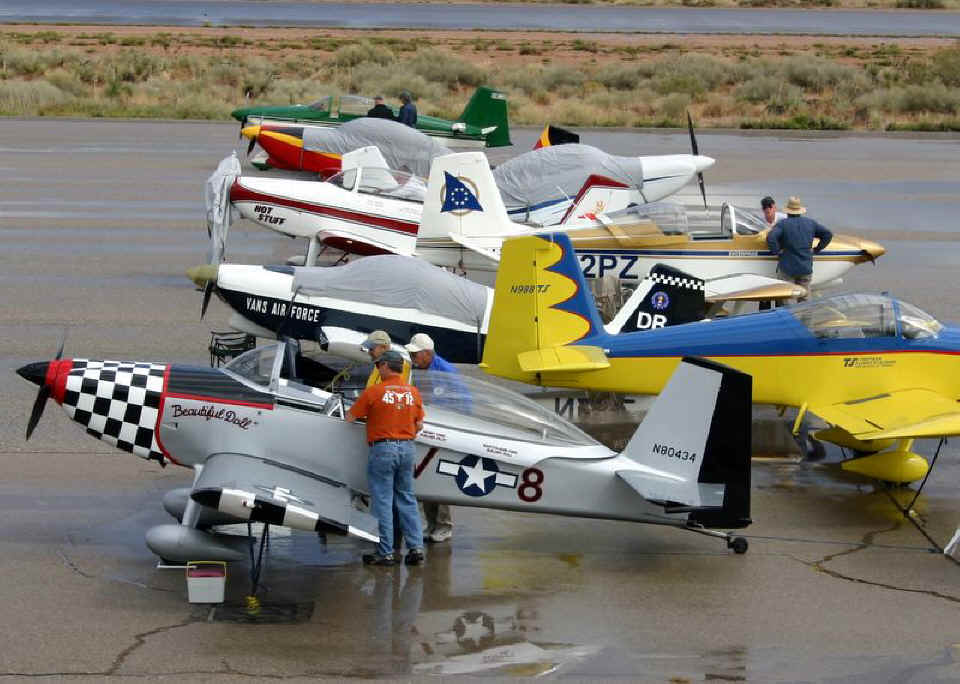 I went down the ramp toward the west end to get a few photos.  These four photos are all taken from the same camera location at the edge of the ramp. 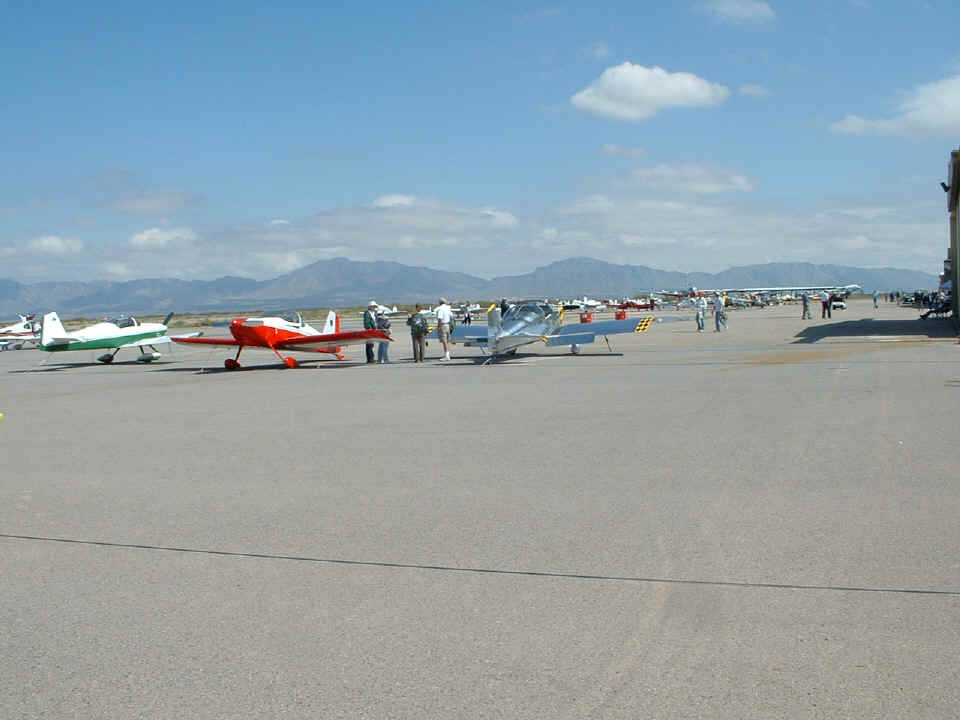 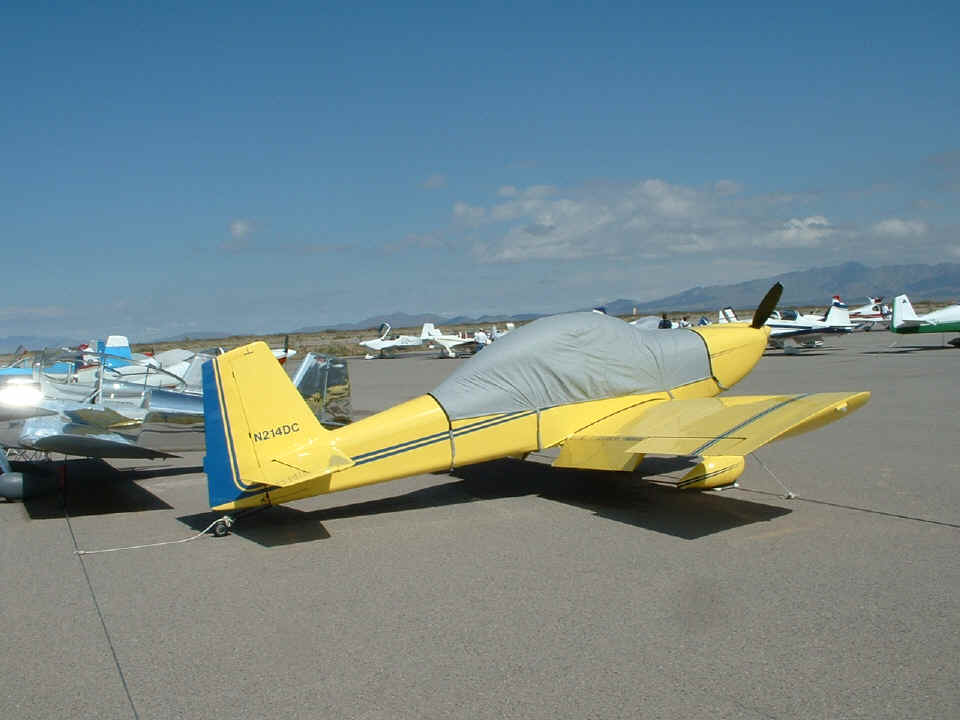 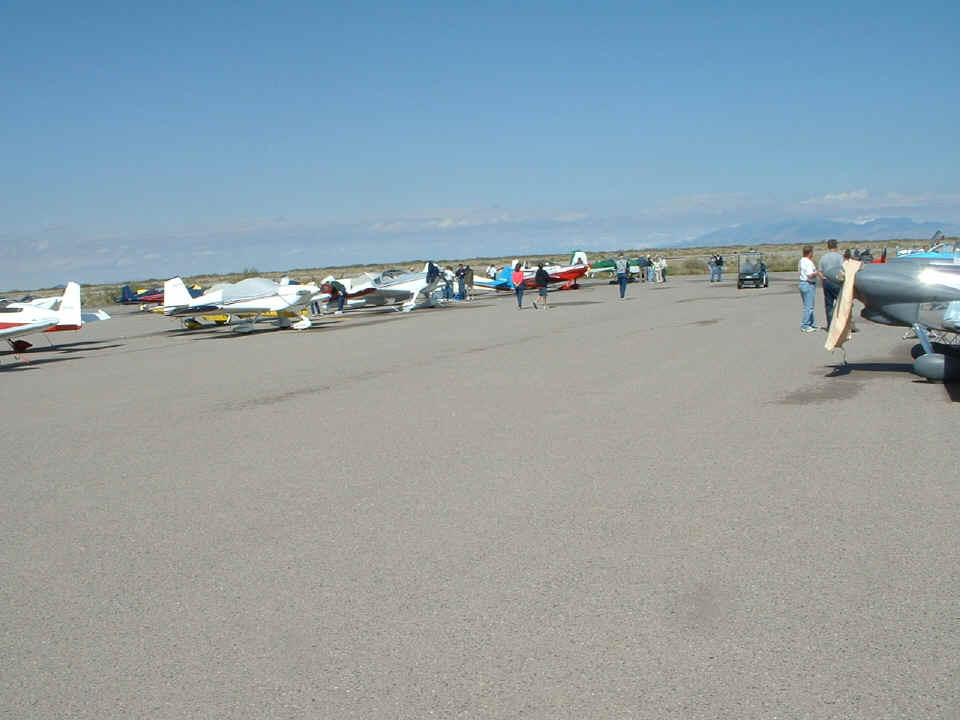 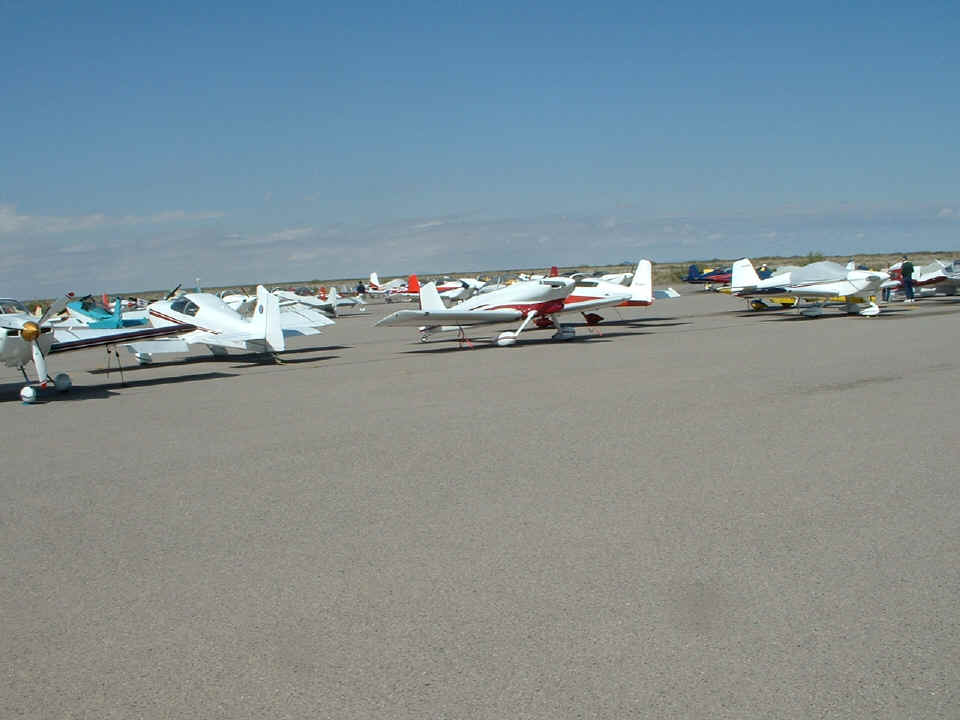 The white RV tail-dragger airplane near the left side of the photo pointed away from the camera is unusual since it has a painted canopy area above the cockpit and baggage area.  It provides a permanent sun shade for the pilot and passenger.