July 8, 2005:  The steps that were cleaned yesterday are now primed again with epoxy primer this time. 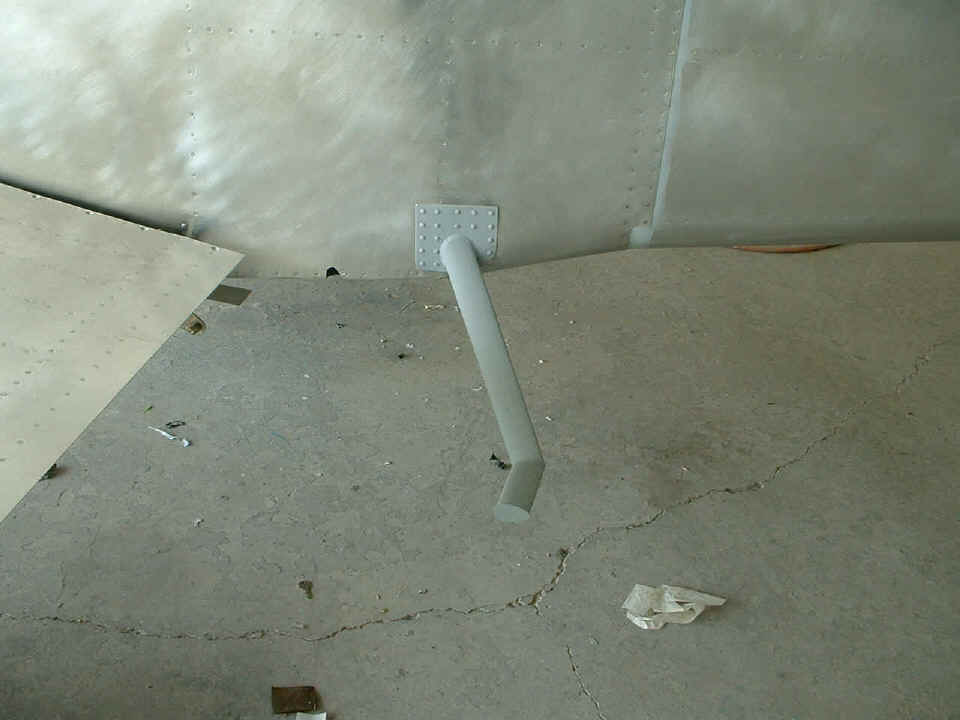 The cleco holes in the upper cowl have been filled along with some other minor flaws.  All my rivet holes that were filled with epoxy got a second look by Jeff with the filler, then sanded smooth. 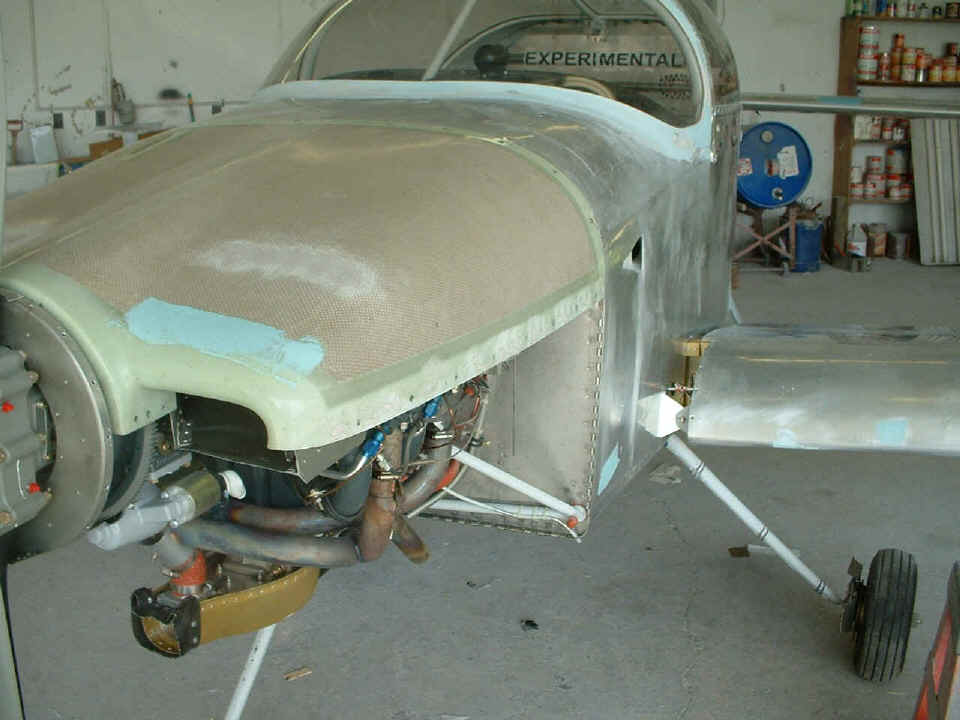 Finally for today, the overview before leaving for a week on the road.   The canopy skirts have not been cleaned and scuffed yet, nor have any of the control surfaces.  By the time I return, there should be an all new look to the entire airplane. 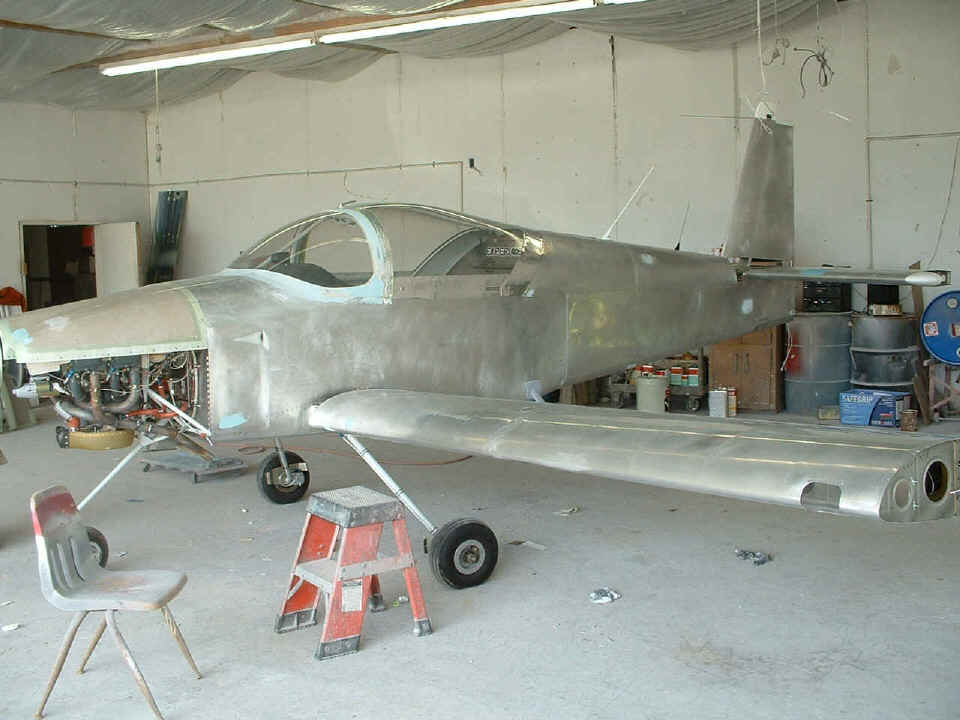 July 13, 2005:  I have been working on my contract computer projects here in the West Palm Beach area at the company office where I worked for a number of years before returning to my "home turf" in the Chattanooga area.  I called the paint shop yesterday and talked with Jeff about the current status of the airplane.  It is now completely covered with white epoxy primer.  Bill was at the graphics shop to pick up the decal masks for the "Star Logo" for the tail and the lettering for the sides of the airplane.  There should be something to see in new photos after my visit to the paint shop on Friday.

I have also received the second of two tracking numbers for two inbound shipments to my home address.  One package contains the canopy cover and some additional UHMW tape from Van's Aircraft.  The other one is from Aircraft Spruce & Specialty "West" with an aircraft tie-down kit and another can of "Sticky Stuff" contact adhesive for the interior installation.

In other RV news:  Van's has cancelled this year's "Homecoming" due to runway contruction that is scheduled for the Aurora airport.  You can read the details at THIS LINK.   This changes my travel plans for late August/Labor Day and I will post my new travel schedule when I know where I am going.  Any of you along the new route can contact me via email to see if we can get together for a visit.  Stay tuned for that new information. 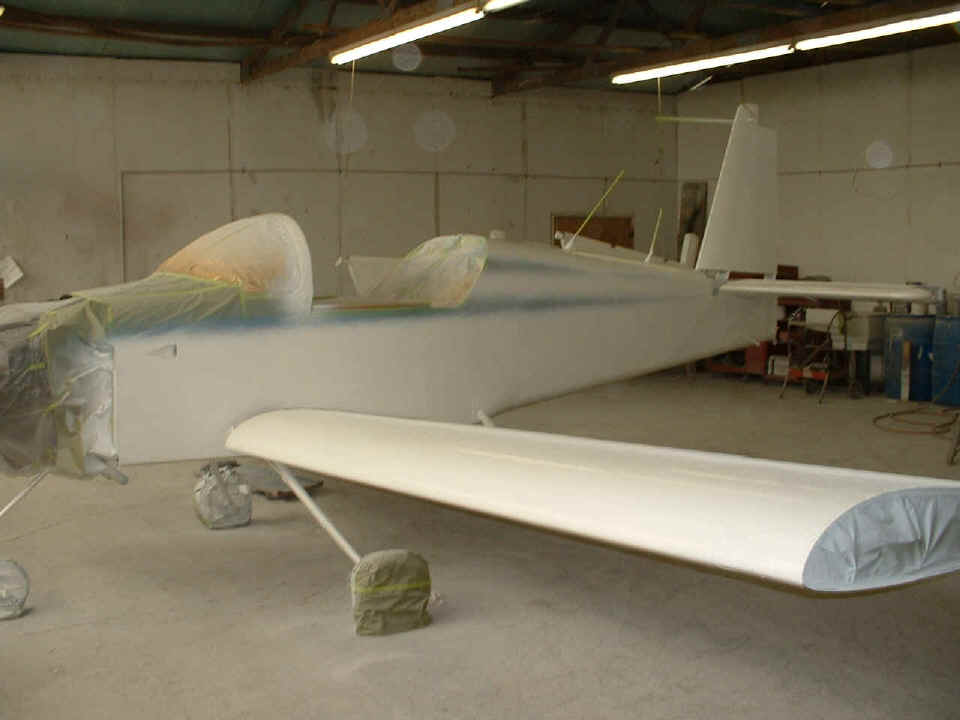 Looking at the rudder at the lower (trailing) edge, you can see some of the painter's tape that was used to cover the blue and gold stripes before all the white base coat was applied.  The ailerons and one of the flaps are hanging behind the rudder in this photo.  The compression of the JPEG files is hiding some of the details in these photos. 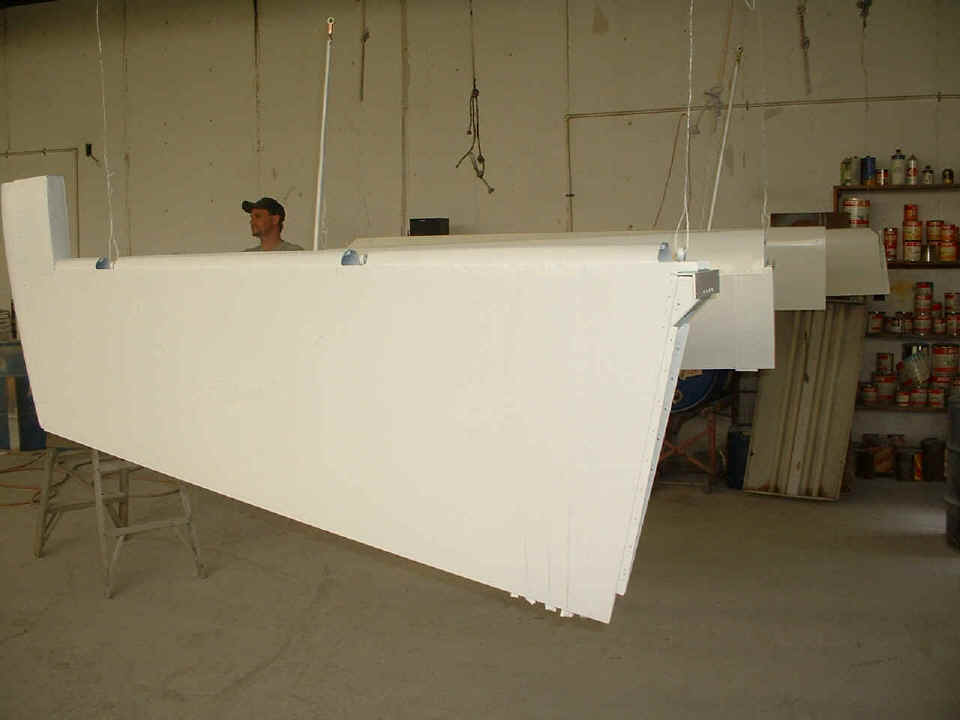 The tape over the forward half of the "triangle" in this photo is virtually invisible. 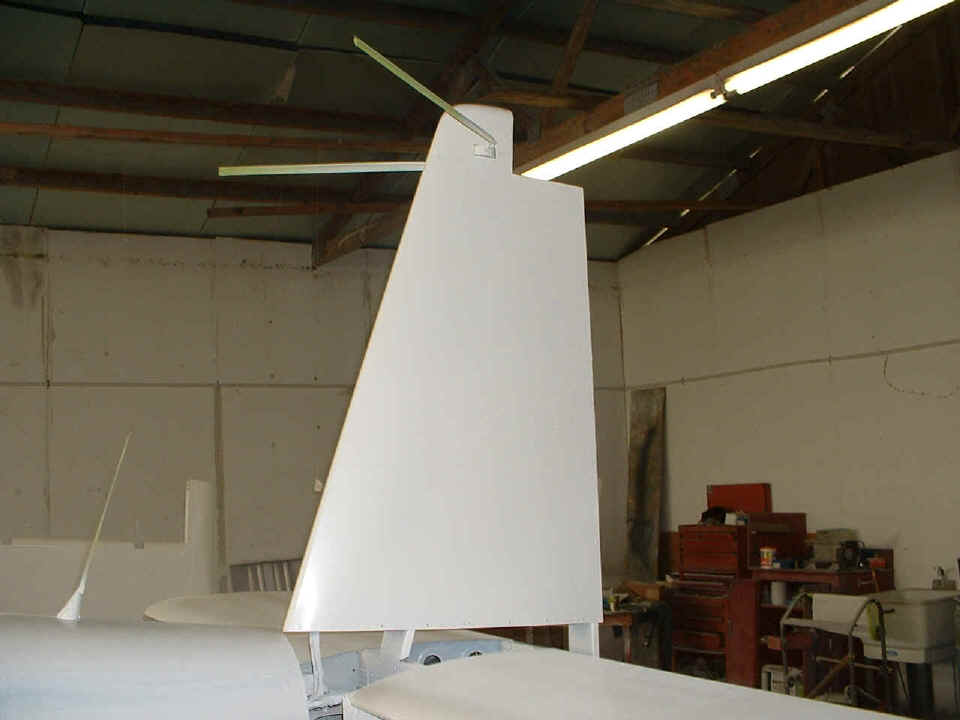 The lack of the flash in this photo, and the light reflecting off this side of the vertical stabilizer shows a bit more of the tape patterns on the circle and "triangle" pattern on this side of the VS. 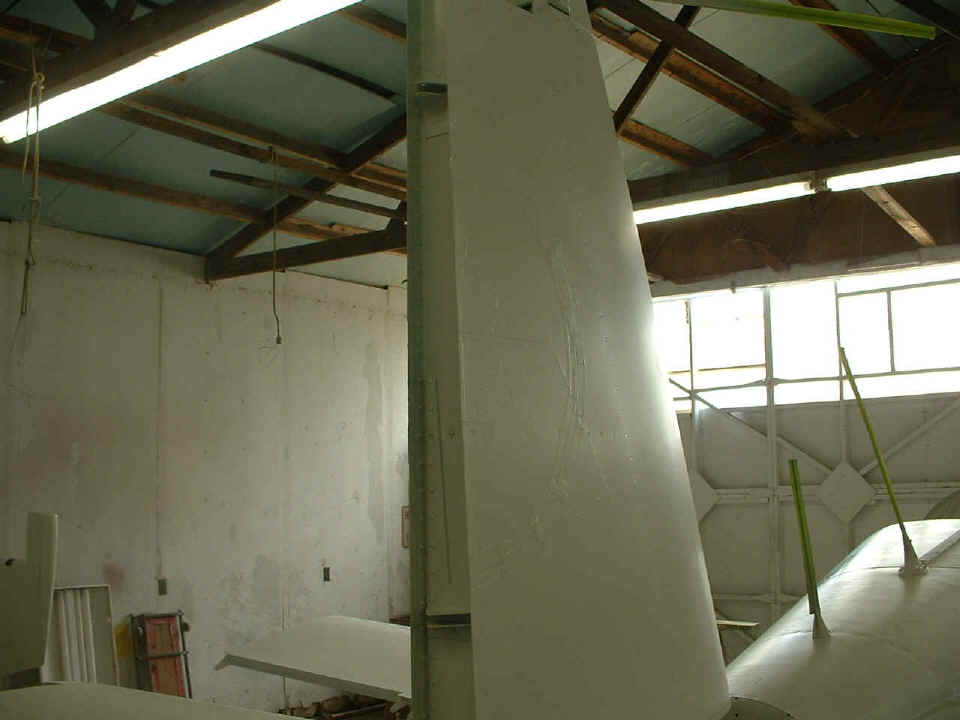