October 20, 2004:  More about the latest MILESTONE DAY!  Before putting on the cowling, I had re-oriented the heat muff and moved it a bit closer (forward) to the ball joint that lets the pipes point to where they need to be exiting the lower cowl.  The pipe is a little too close on this side, so I went around to the other side and pulled on it a bit, moving both pipes more to the center of the cowl opening.  It appears that I need another heat shroud to go on that exhaust pipe down there near the RED fuel line.   Sounds like another order to Van's Aircraft is in the works.  I need to order a Koger Sunshade anyway.  (Cap'n Tall, I will get that bolt turned over for you (and me).  You can see that it is a type AN lock nut on it.) 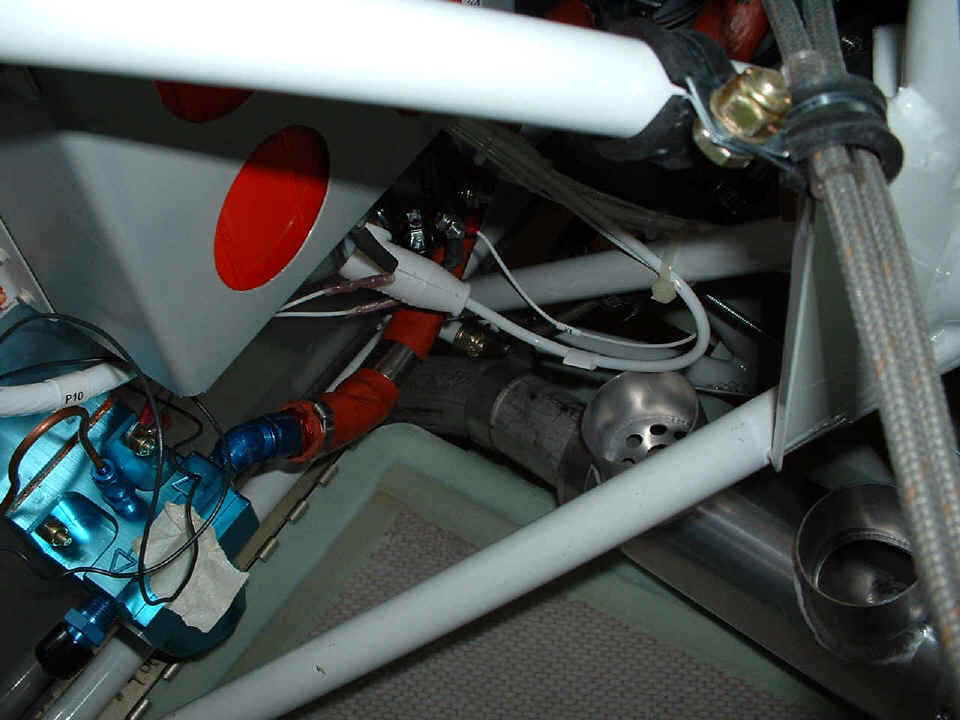 This picture shows the LEFT exhaust pipe before I recentered both of them.   The red, white, and black wires come from the fuel flow sensor hiding down there on the firewall.  Those two gray wires in the upper left corner near the camera are the two spark plug wires going to cylinders 2 & 4 from the magneto.  The bare silver hose that is blocking the view of the fuel sensor is one the oil cooler lines attached at the engine, but not connected to the oil cooler (yet). 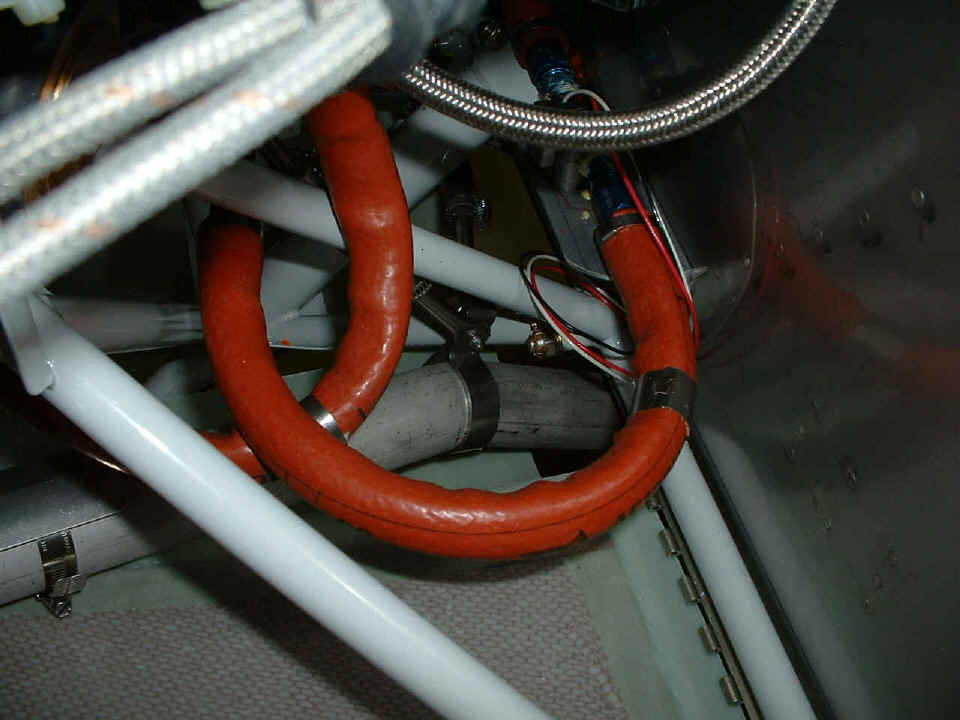 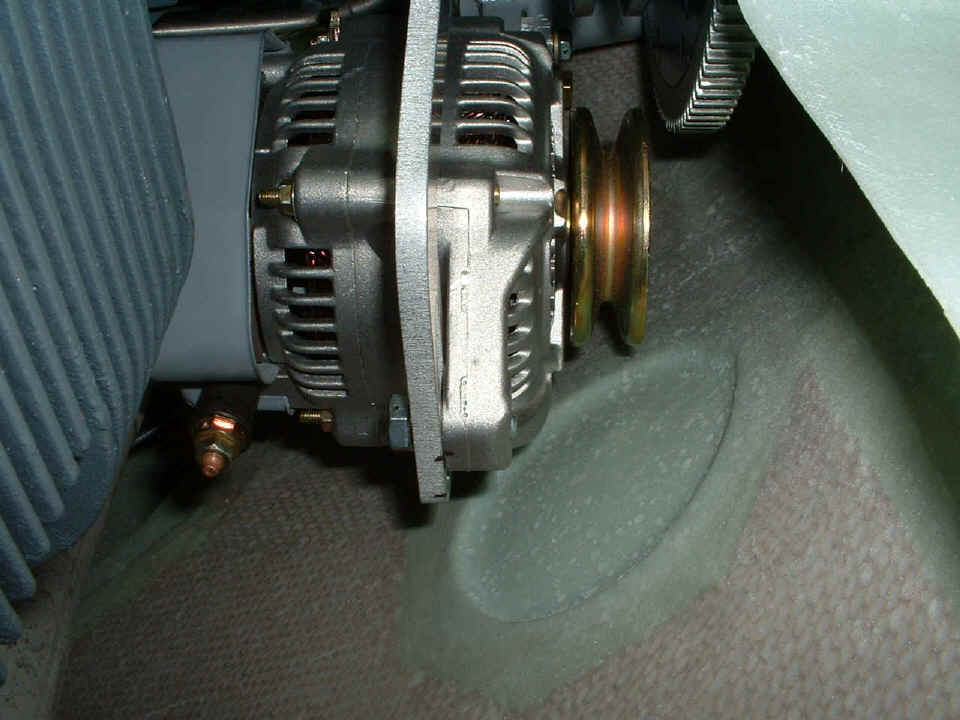 Another 4.9 hours were added to the builder's log book tonight.

October 21, 2004:  This day was a short one installing the remaining two hinge strips on the bottom edges of the cowl either side of the exhaust pipe exit area.  I drilled and countersinked all the holes in the fiberglass cowl, then riveted the hinge strips in place.  NO CLECOES remaining! 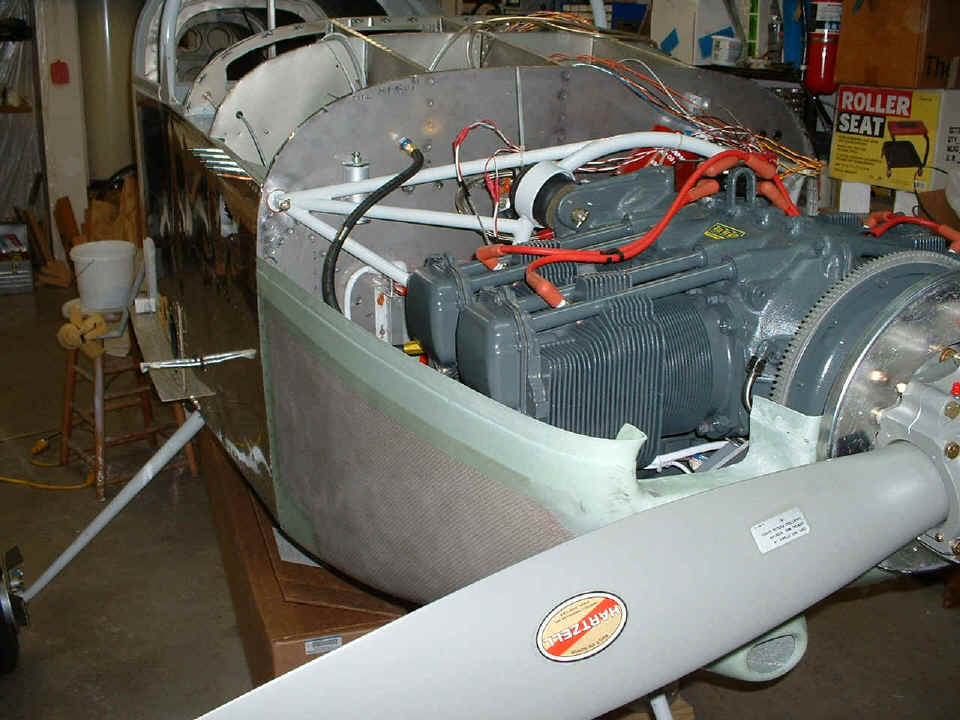 Looking down inside at the heat muff, I have rotated the muff just a bit away from vertical to provide clearance for the air hoses around the engine mount and electrical wires. 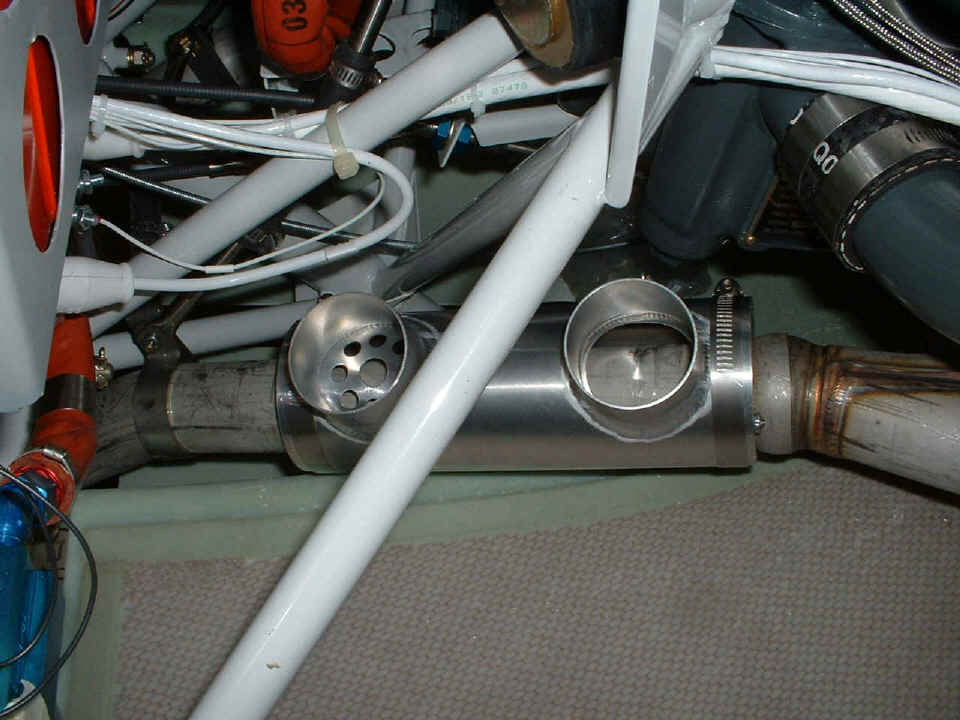 The last shot for today shows the bottom LEFT hinge strip riveted in place and interlaced with its counterpart that is riveted to the firewall and lower fuselage skin.   I got out the various aluminum sheets and formed parts that make up the lower cowl brace between the exhaust pipes.  After looking at the print, I can see that I have to get out my crawler for some time on my back looking up at the slot in the cowl between the pipes. 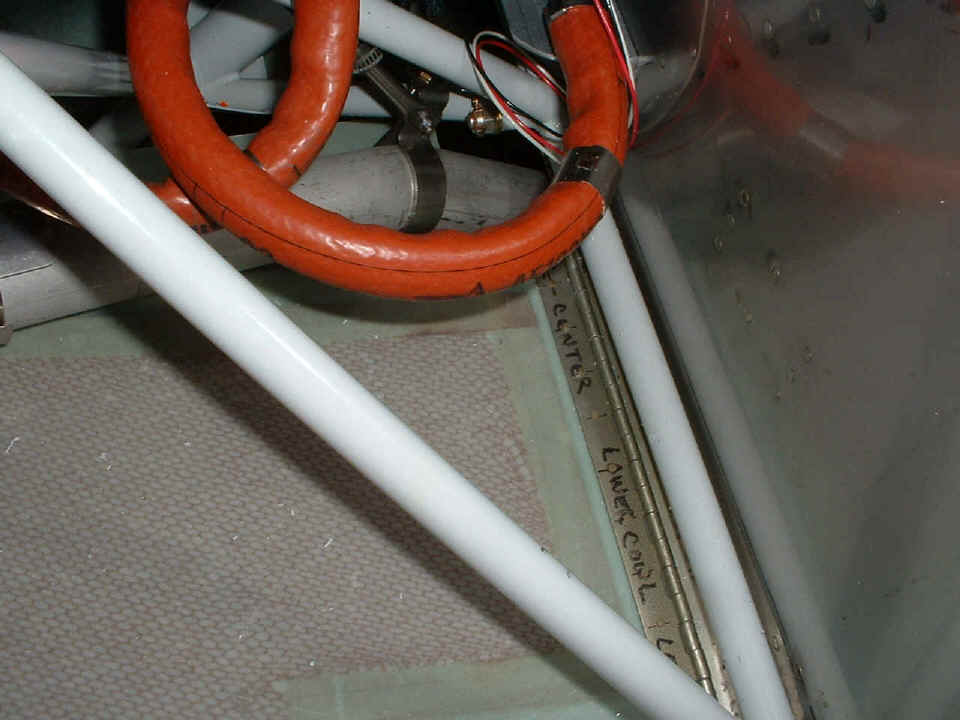