January 21, 2004:  The removal of the instrument panel the other day prompted me to clear away the remaining backup structure in the front in preparation for securing the fittings on the brake lines, vent lines, and the fuel line from the fuel selector valve to the fuel pump.  I took that dirty looking white polyethylene foam block you may have seen down by rudder pedals, cleaned it and cut it to do something new.  Two pieces of it now act as spacers for the two brake lines and the fuel line on the front floor board area.  (That foam block originally was used to pack a satellite receiver in the 1980's when I worked for Microdyne.) 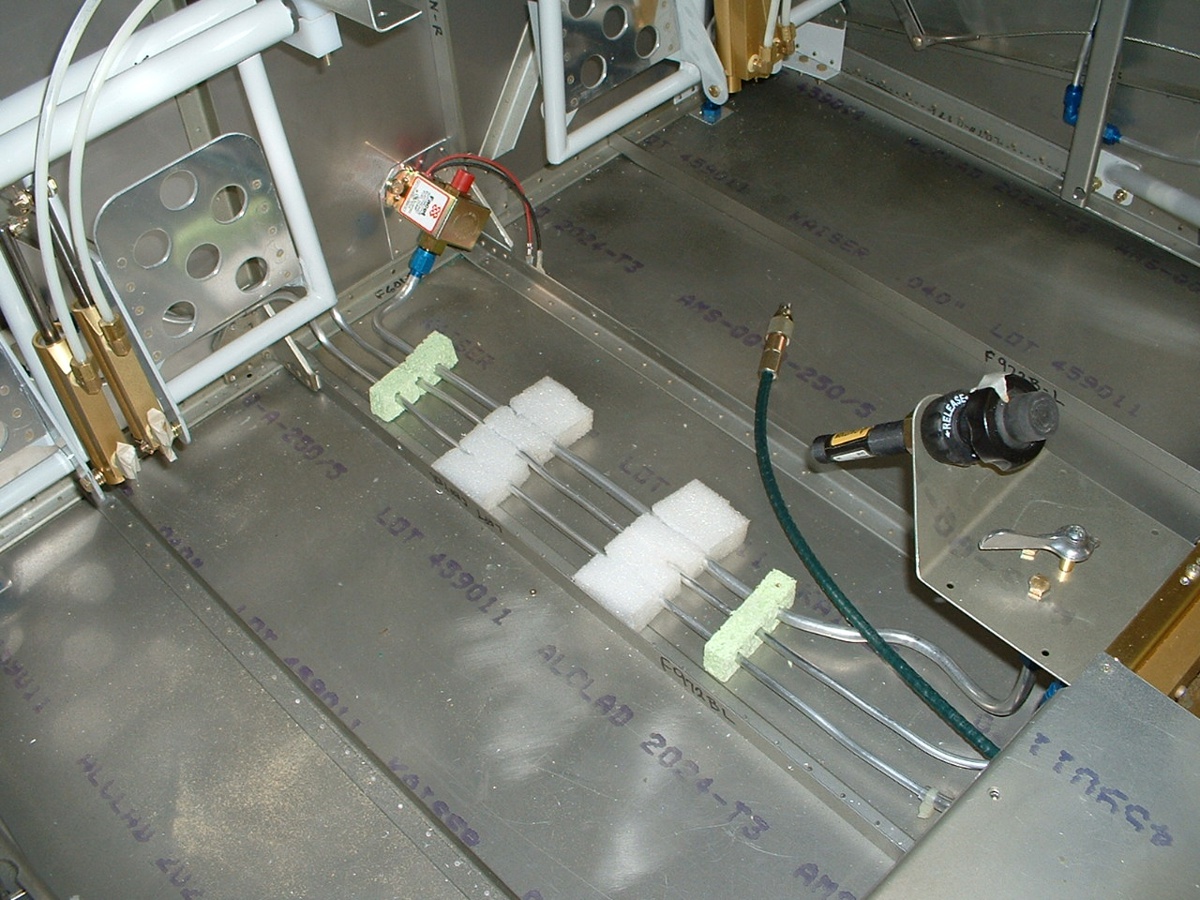 As for the control panel, here is my latest picture showing some of the possibilities.  Since the engine monitor will take care of RPM, and measure current and voltage from the alternator, there is only one 2-inch gauge:  dual fuel.  What do you think about the Narco NAV-122D in the center below the Dynon multi-function display unit? 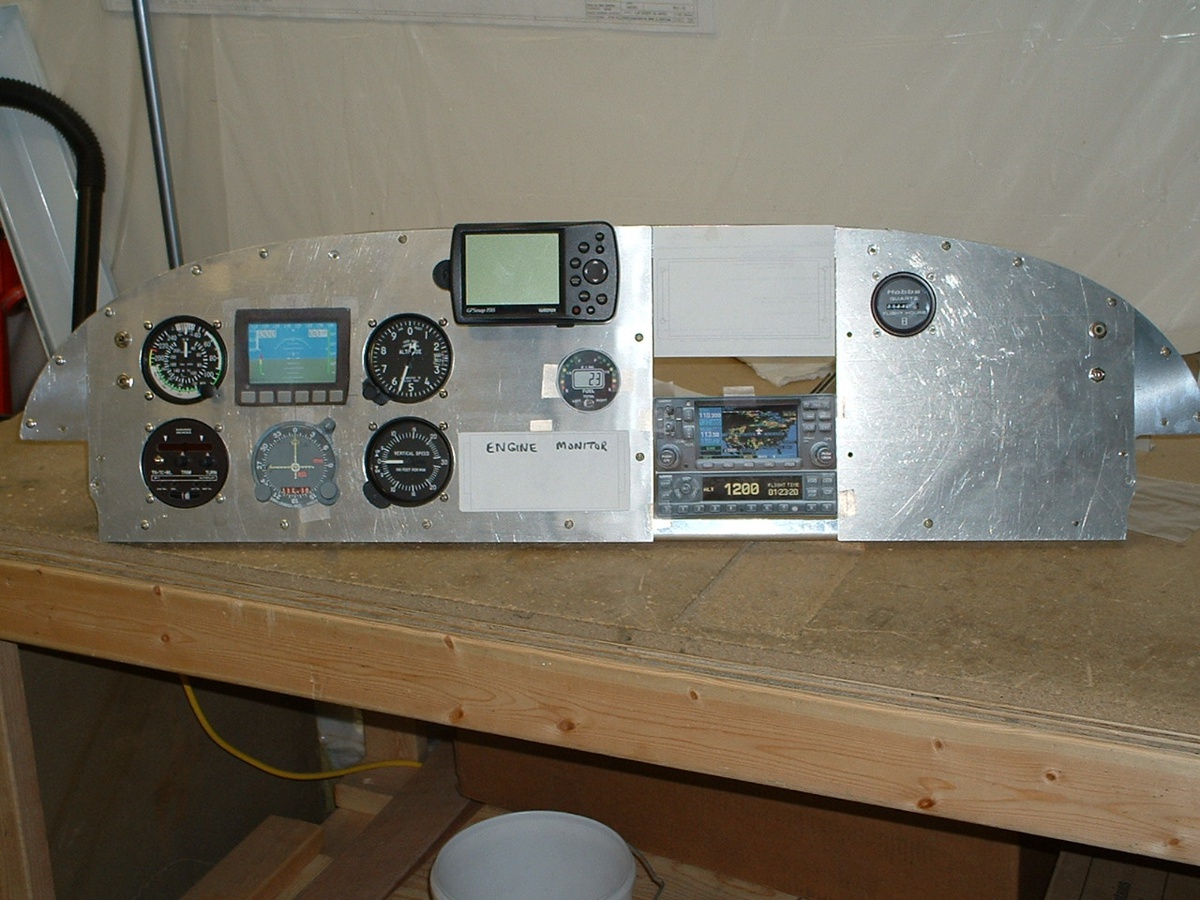 The radio stack will probably start out with just a COM radio and a transponder.  The engine monitor could be at the top of the stack in that configuration.   The audio panel I want to get has a built-in intercom and marker beacon receiver.   Of course, the only things to listen to are the COM, VOR/ILS audio on approach only (GPS will be primary navigation), and the markers on the approach.  When I have a passenger along, of course we would be plugged into the intercom.  I am sure that an audio entertainment source will find its way in that big blank space on the RIGHT panel somewhere eventually.

When the Garmin 430 becomes COM 1, I will move the engine monitor to the blank area on the left panel, since there will now be TWO communications radios in the stack, or should the engine monitor go there to begin with?  The GPS 196 could go away at that time, or keep it as a secondary GPS.  Decisions, decisions?