May 16-17, 2014: I had another chance to visit with my son Jason and his family during a recent business trip.  A gazebo was under construction in the garage when I arrived.  Kaitlyn was assisting her dad by securing the screws to the brackets he is mounting to some structural cross members. 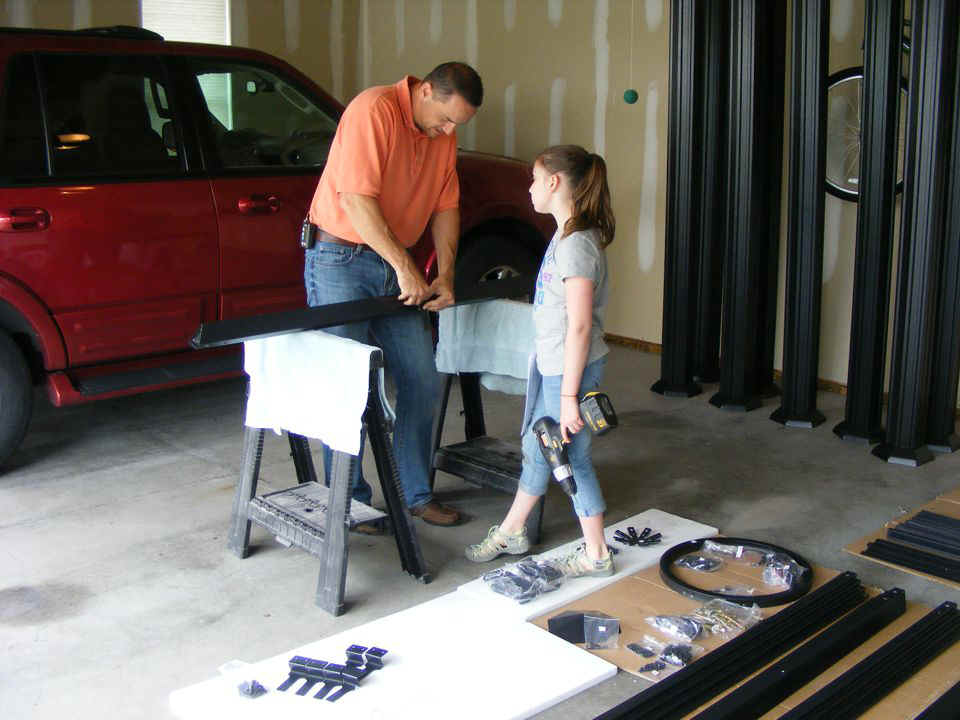 Megan also had a chance to help with that task. 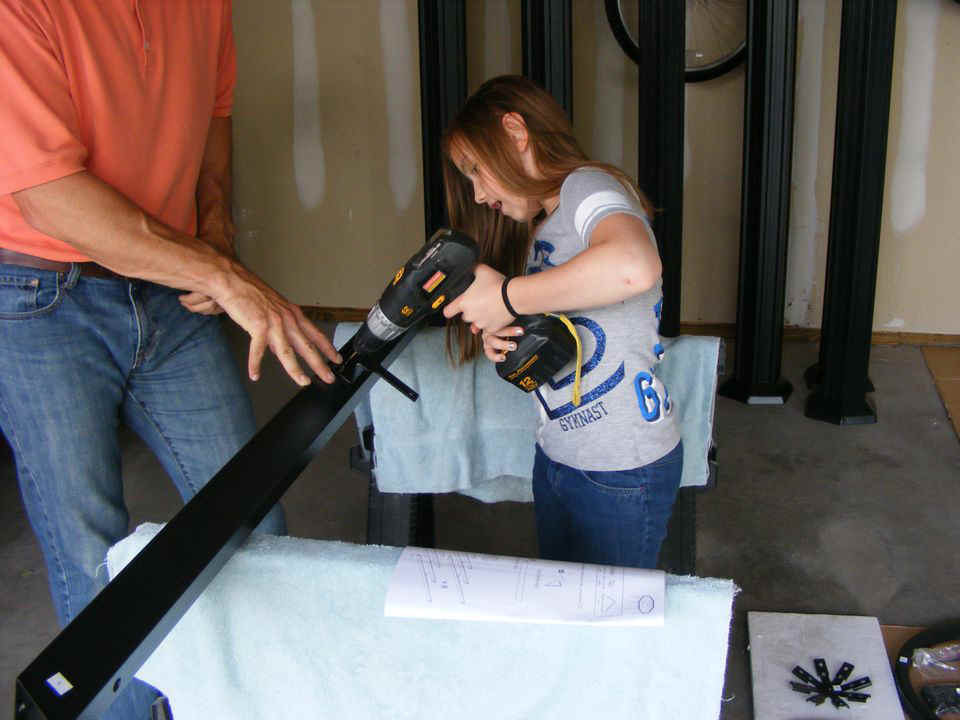 The girls figured out helping dad was work and went out to play on the driveway on a chalk line obstacle course with their scooters.  When that was completed, Kaitlyn washed the chalk off the asphalt. 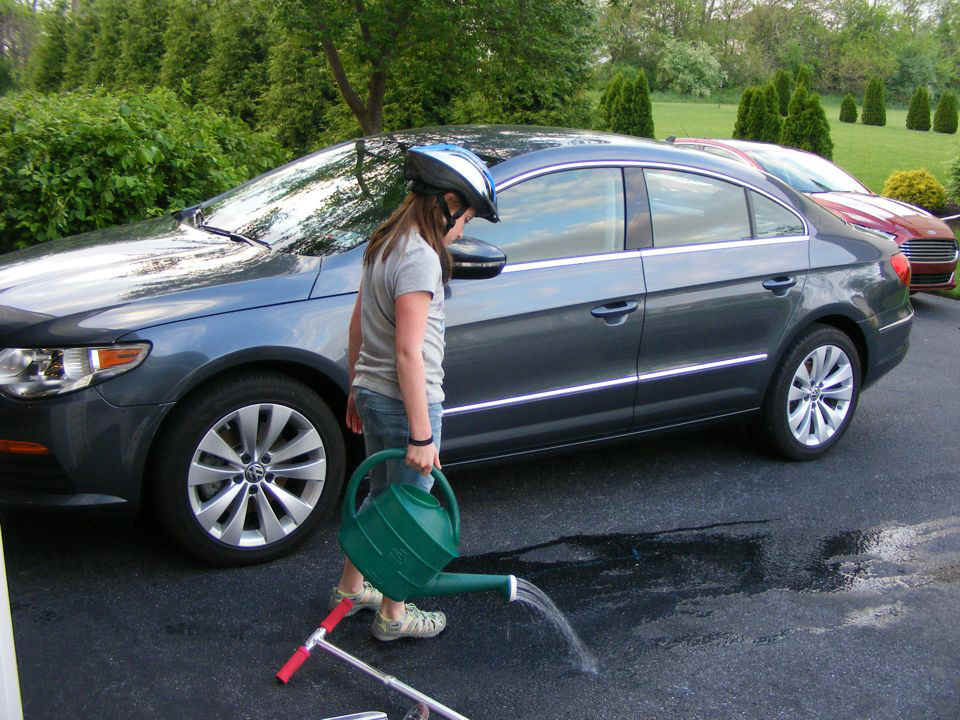 Megan washed the chalk off her hands and posed for my photo. 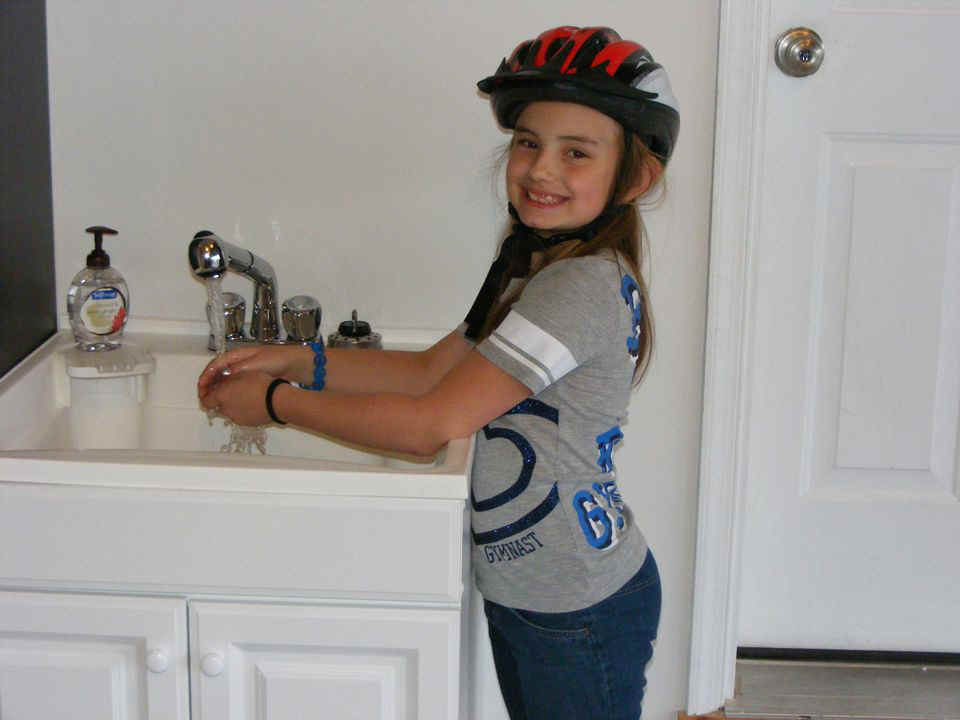 In between the photos I took, I became the assistant for Jason on the gazebo assembly.  This is the cuppola at the top of the gazebo, assembled and ready to clean off the remaining part number labels. 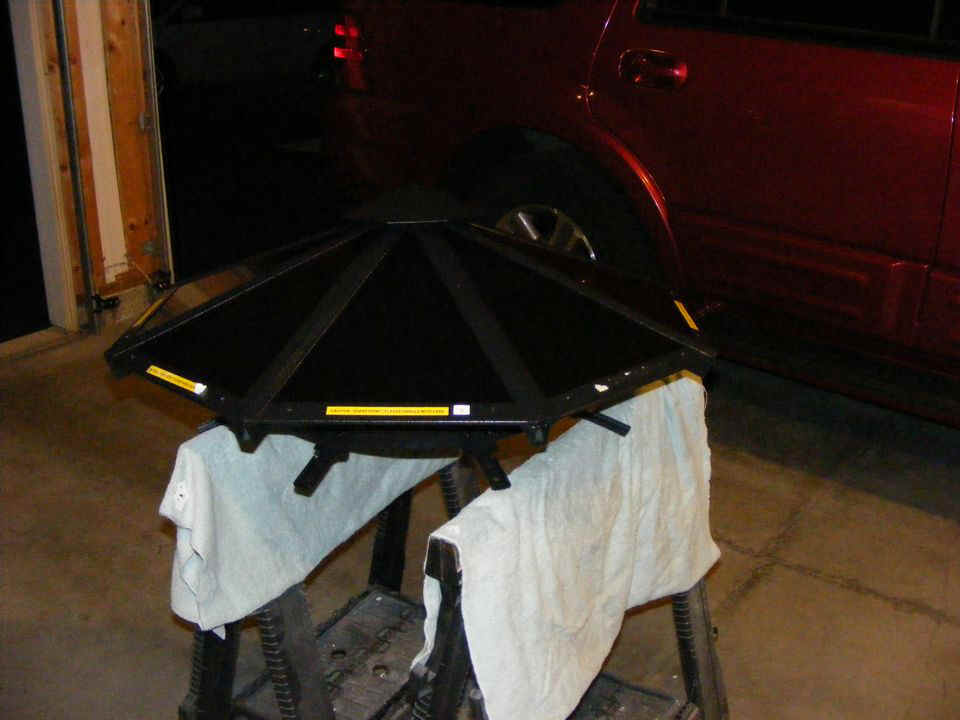 The girls helped mom to clean up the kitchen floor using the old fashioned method. 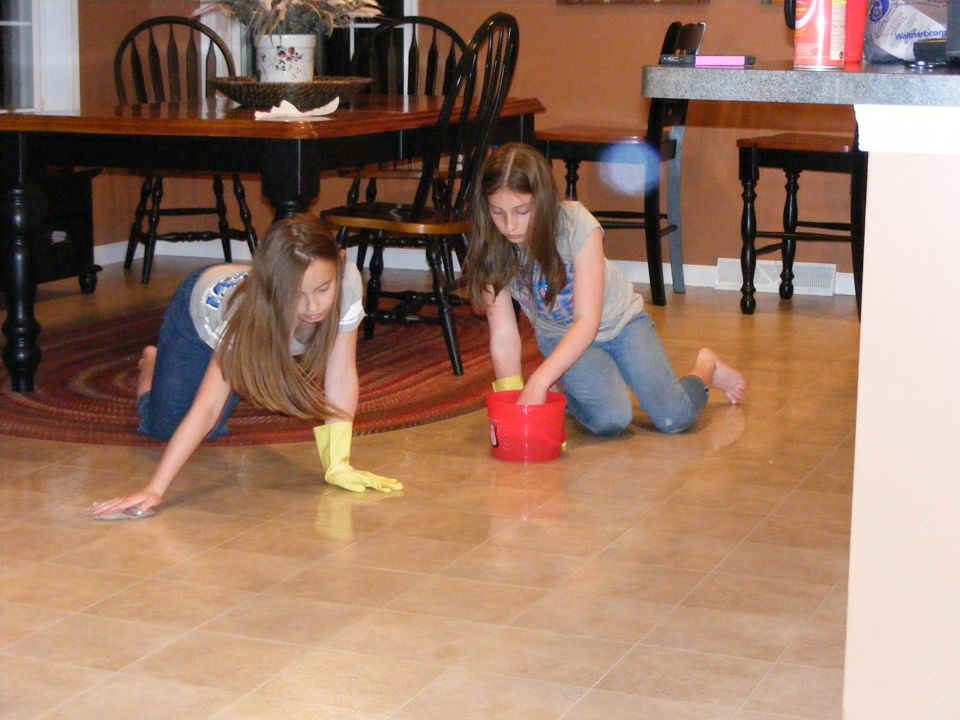 The last of my Friday evening photos shows Katie and Megan sitting on the steps to the upstairs bedrooms.  I really had to beg them for this traditional photo.   It is one way I get to see them growing up by comparing similar photos from previous visits. 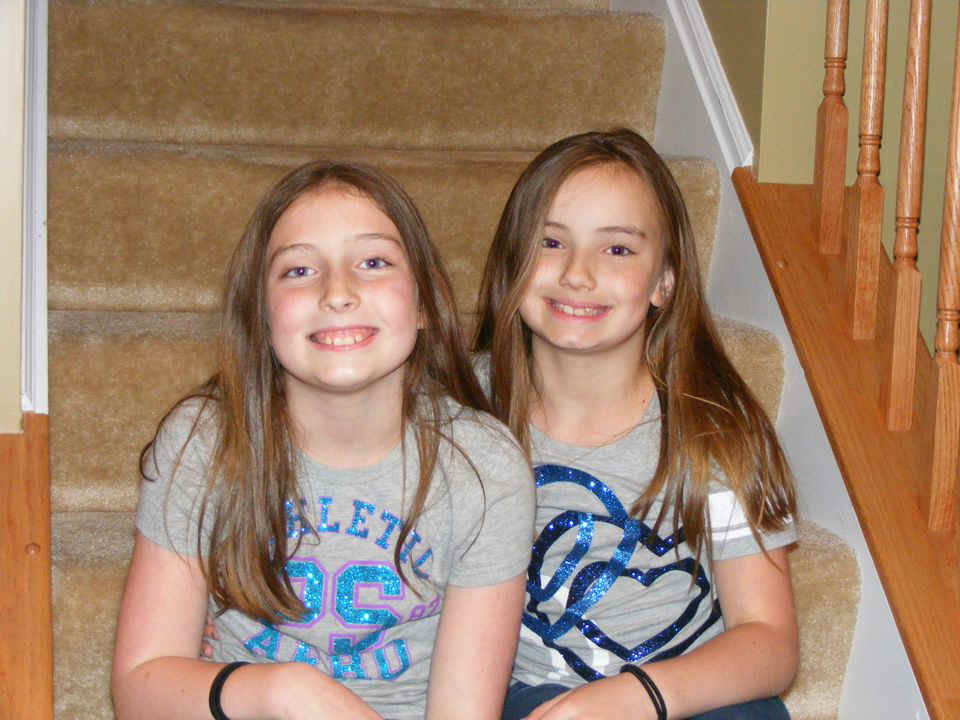 My visit was cut short to only Friday evening and Saturday morning due to my schedule.  I wanted to get additional photos before the girls went to the gym this Saturday morning and I headed south for Florida.  They downloaded a new game to Katie's iPhone. 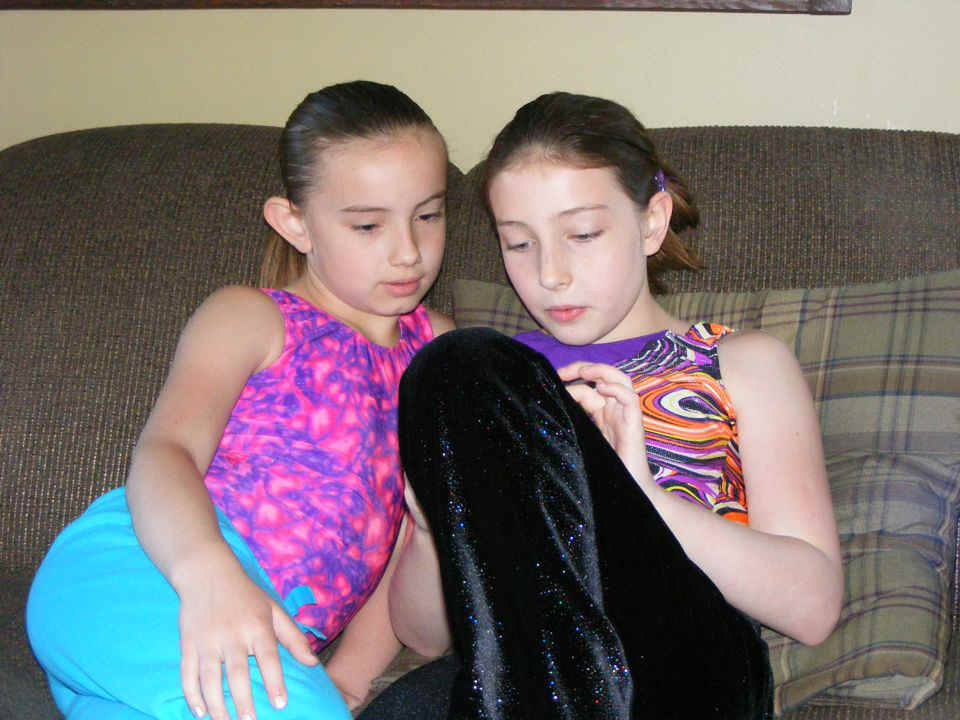 Dad downloaded the same game to the iPad while Megan observes. 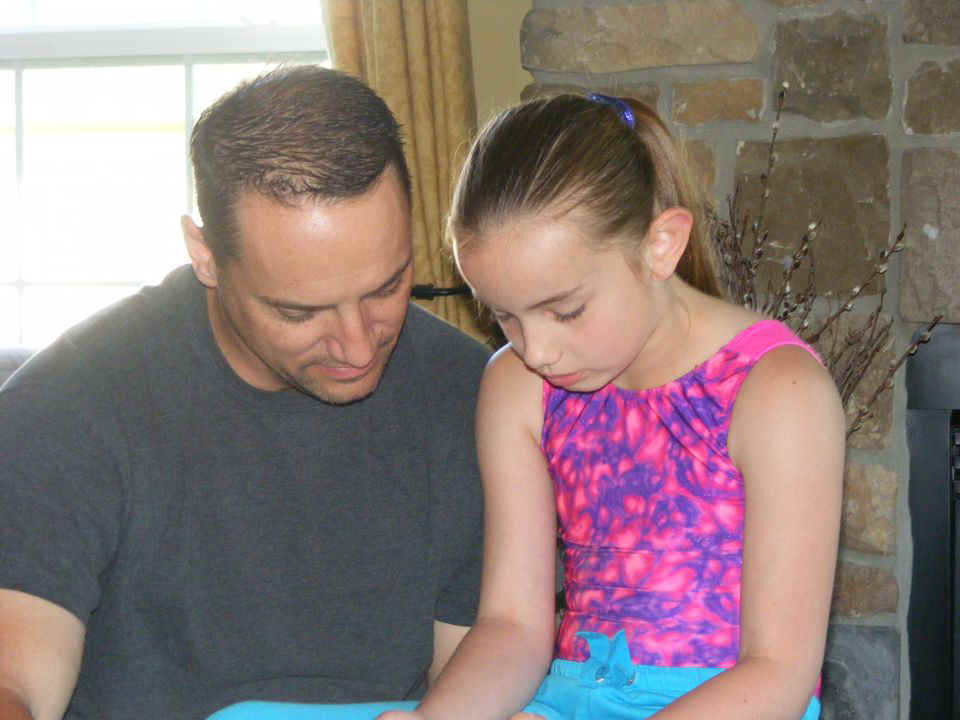 The larger iPad makes the game play easier and more interesting.  You can see I prefer to take candid photos with no poses when possible. 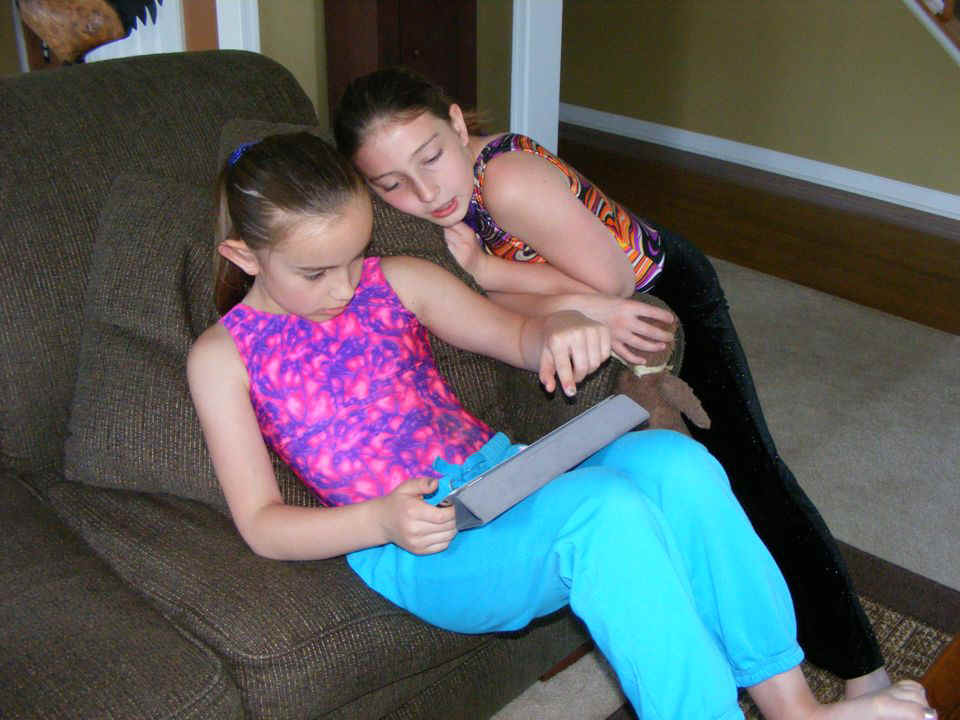 Here is one of the "posed" photos in the living room. 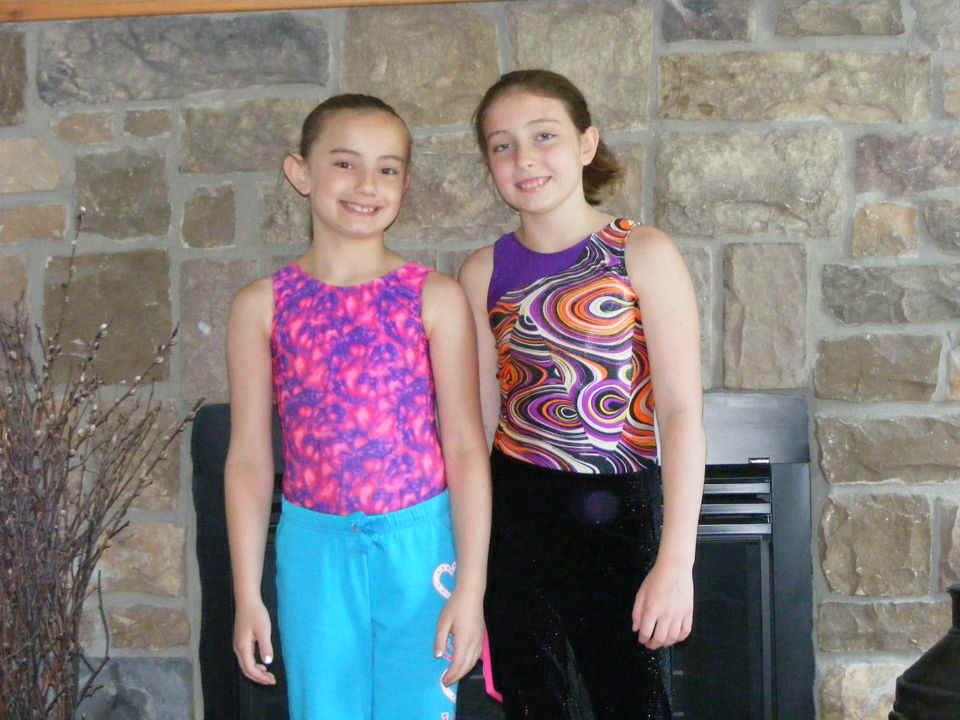 Here is a good photo to show how tall they are.  The light switch and door knob are the markers to compare against future photos like this one.  Jason told me Katie is now tall enough to ride the big roller coaster as a nearby amusement park.   Megan should be tall enough next year. 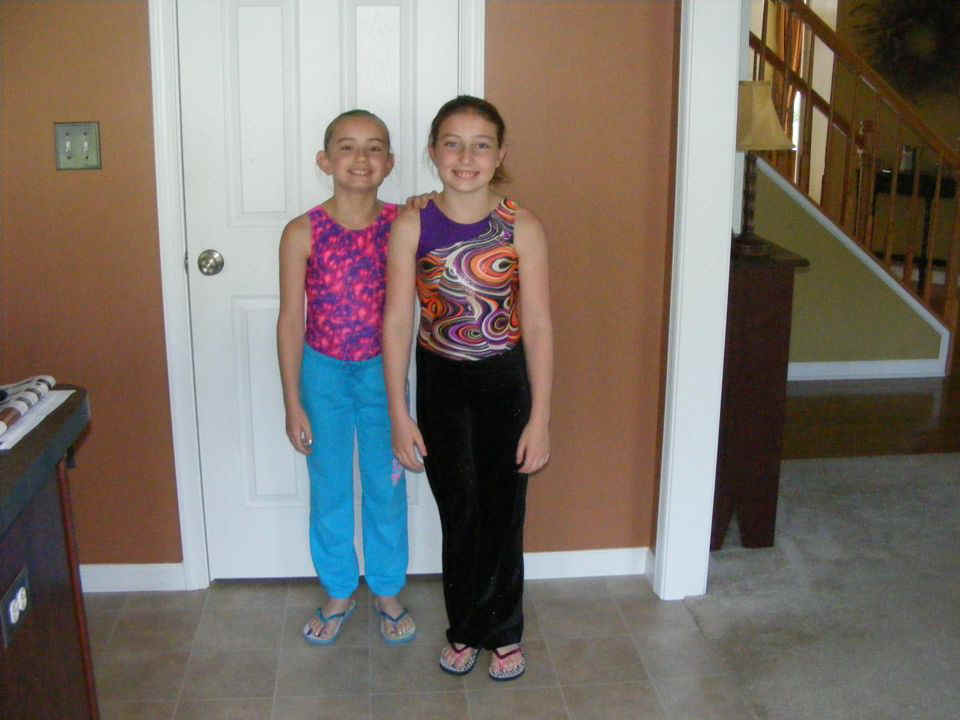 Jason sent two photos of the gazebo completed on Sunday while I was on my second day of driving from Dillon, South Carolina to Melbourne, Florida.  The final assembly was on the patio deck where it is anchored to the concrete slab. 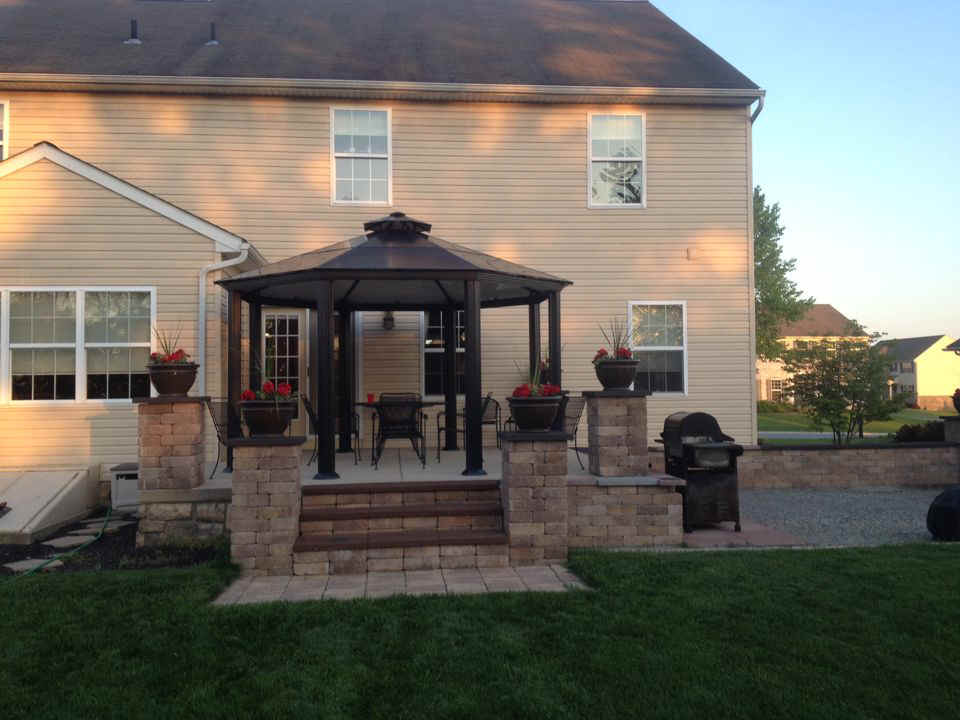 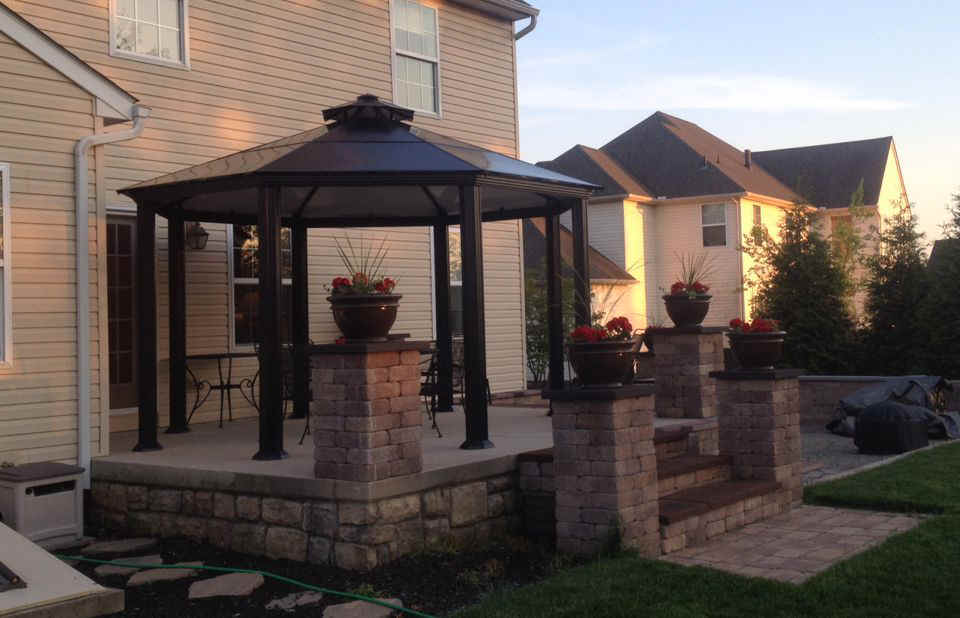