July 25, 2010: With the airplane tied down, we headed over toward homebuilt headquarters to check in, pay camping fees, and get our wrist bands that proves we paid for our admission to AirVenture.  We hit the lunch counter across the street from HB HQ and then headed toward show center.  The foundation of the original air traffic control tower is all that still exists now that a new, taller, and more modern control tower is in service.  During the week of AirVenture each year, this becomes the "World's Busiest Control Tower."  Can you read that sign below the windows? 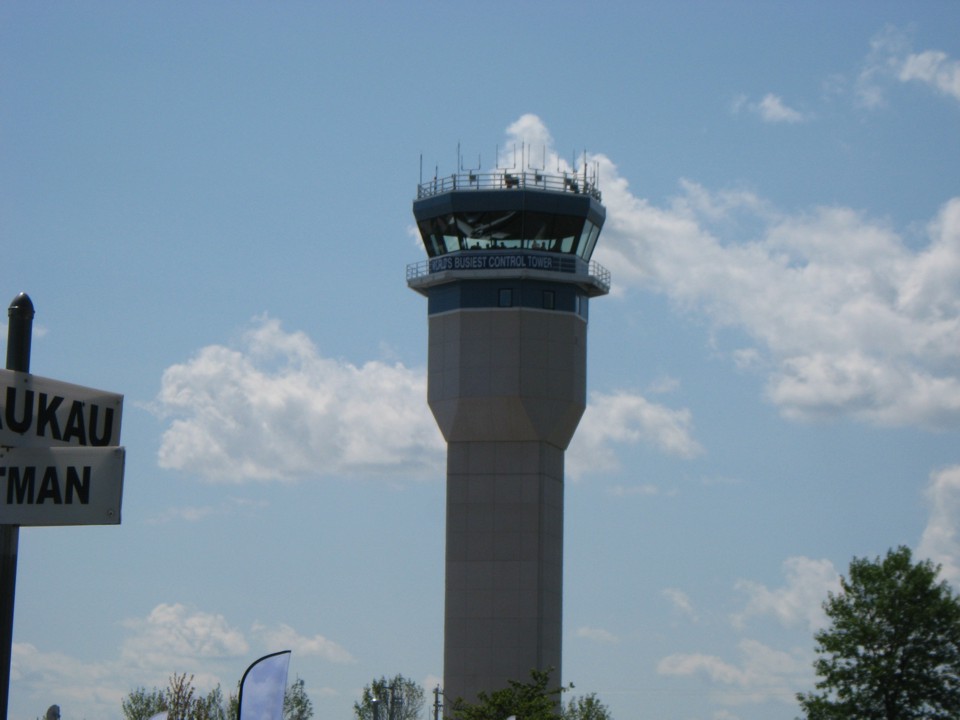 One of the most photographed locations on the airport is this one.  Here are a few professional photographers doing what they get paid for, taking photos, but of themselves.  I offered to take a photo of all of them with their camera. 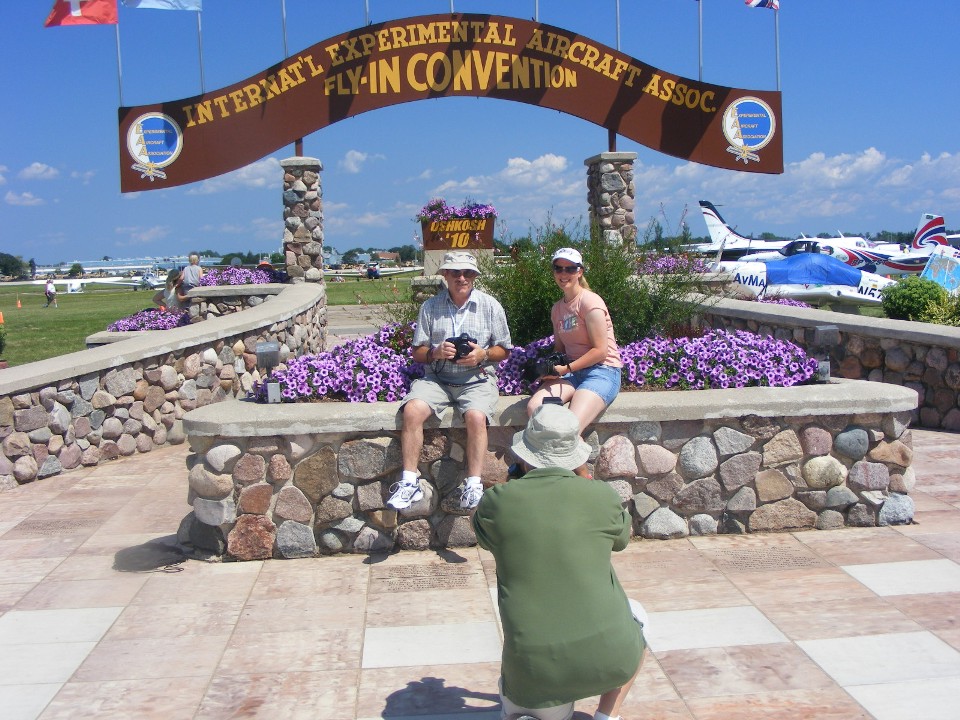 One of the photographers agreed to use my camera to snap a photo of Edward and me in front of the International EAA sign.  Ed put on lots of sun screen before we departed.  I made sure my arms and hands were covered.  The big hat helps to keep the sun off my face and ears, etc.  The EAA bag has the usual stuff given to all attendees, map, guide, event schedule, souvenir patch, sticker, etc.  They did not have the mugs yet, and they did not get them by Tuesday morning when we had to go back to Texas. 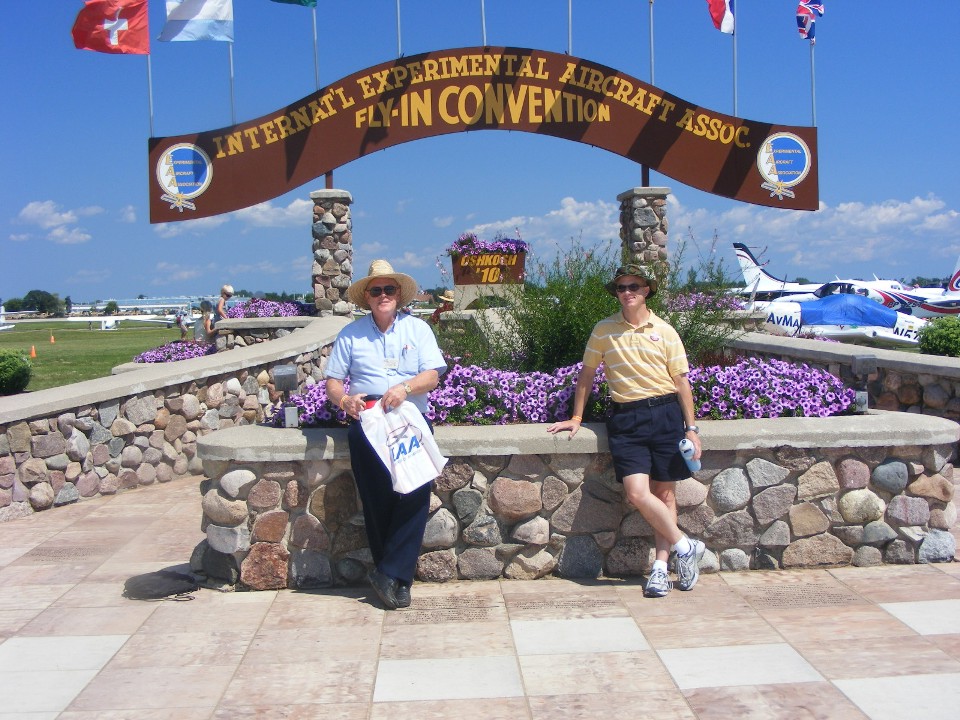 The sign is there because folks who fly here from from distant countries get to park their airplanes here, if they are not camping of course.  Although this airplane is registered in the United States, it is a world traveler.  Ed took this photo of the right side of the airplane, a Van's RV-7. 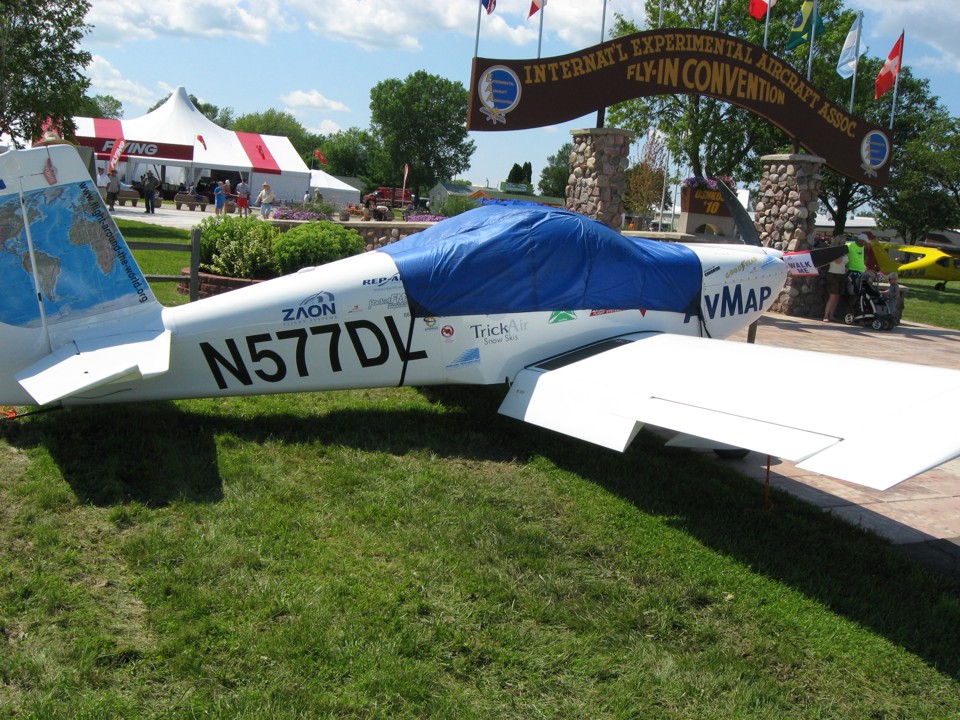 The map of the world in on the tail showing routes this airplane has flown.   The flag on the rudder is for the Dominican Republic. 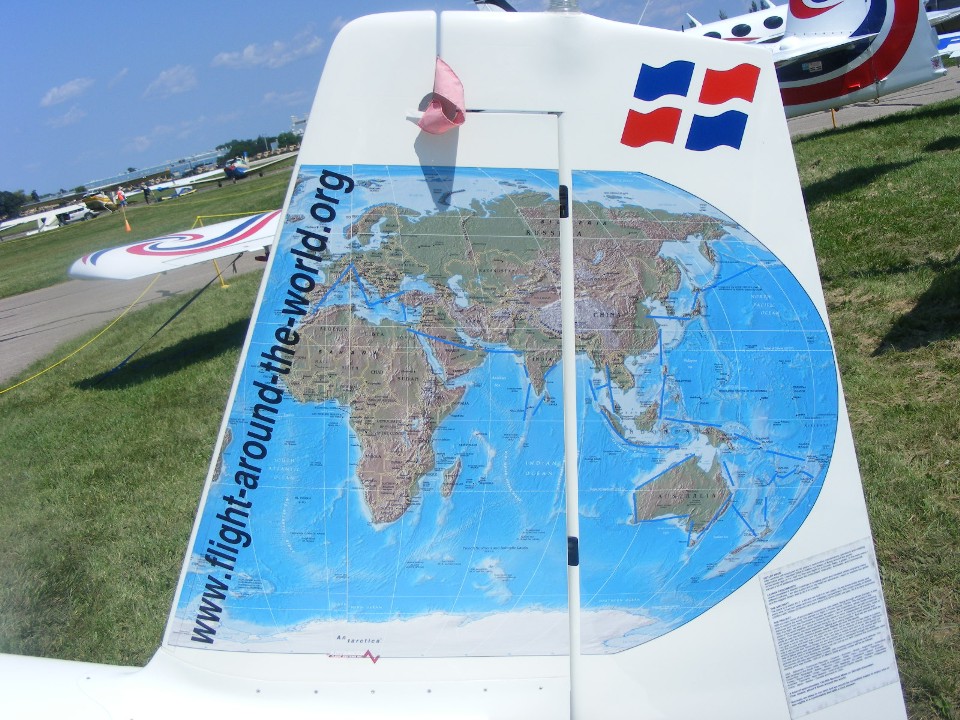 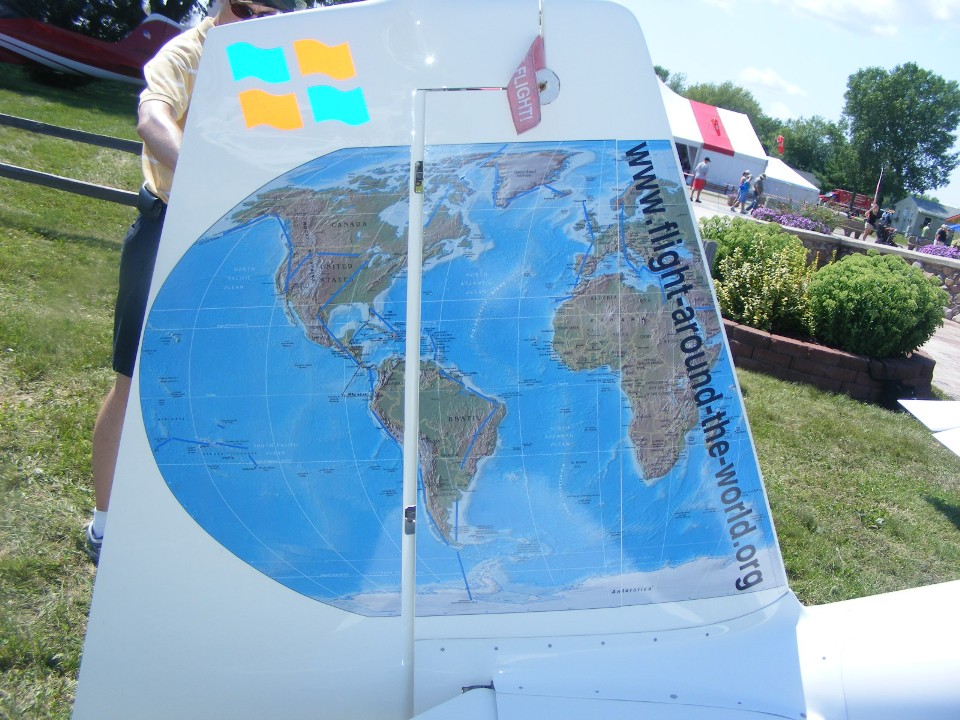 If you look up the registration for this airplane, it tells you Detlef Heun is listed as the builder as he says below.  You can tell from his writing that English is not his first language, but his story is about a great adventure, and quite an achievement. 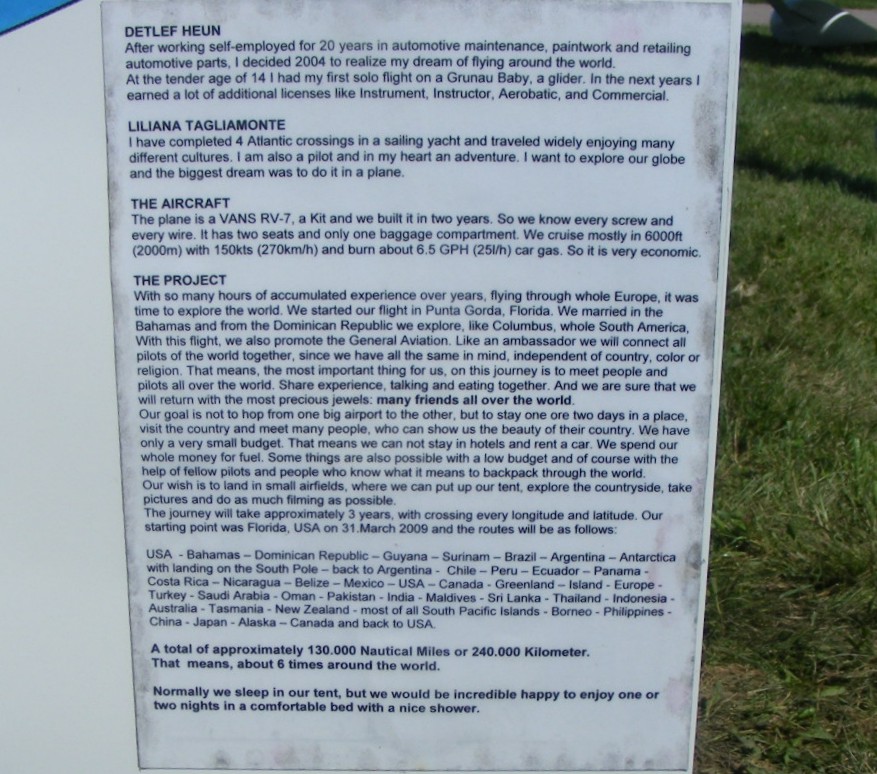 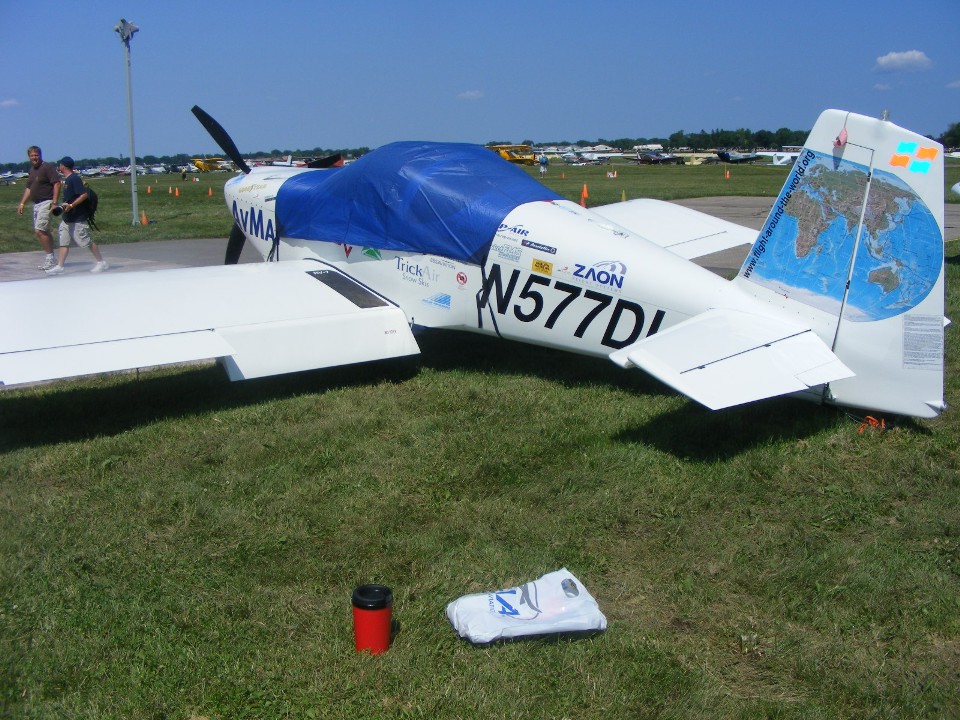 Ed took this photo of an extended range RV-10 from Brazil. 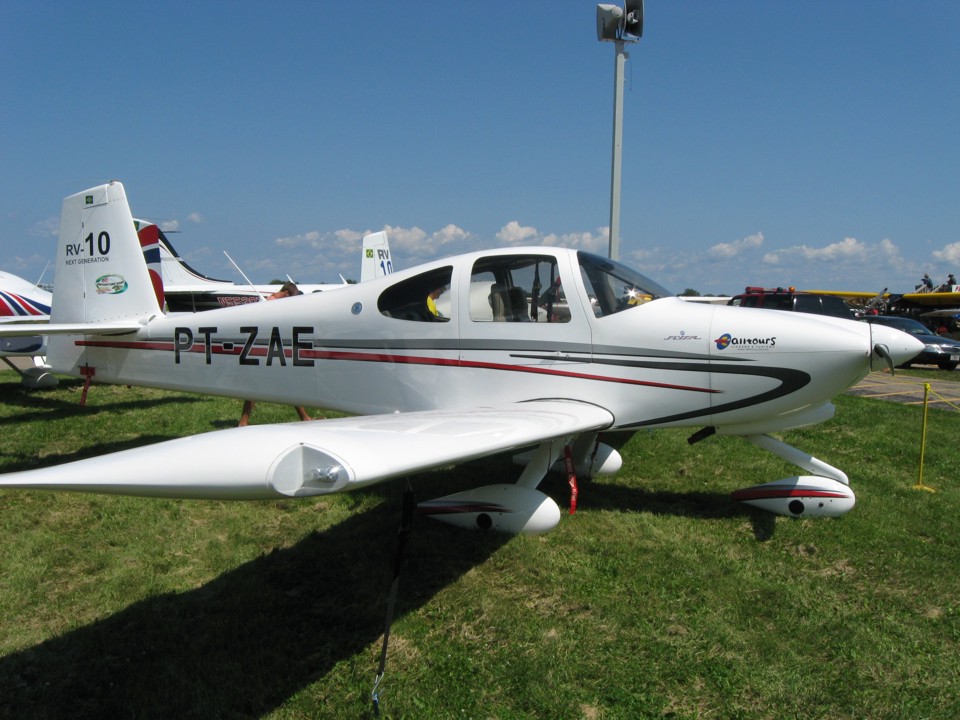 This one is also from Brazil. 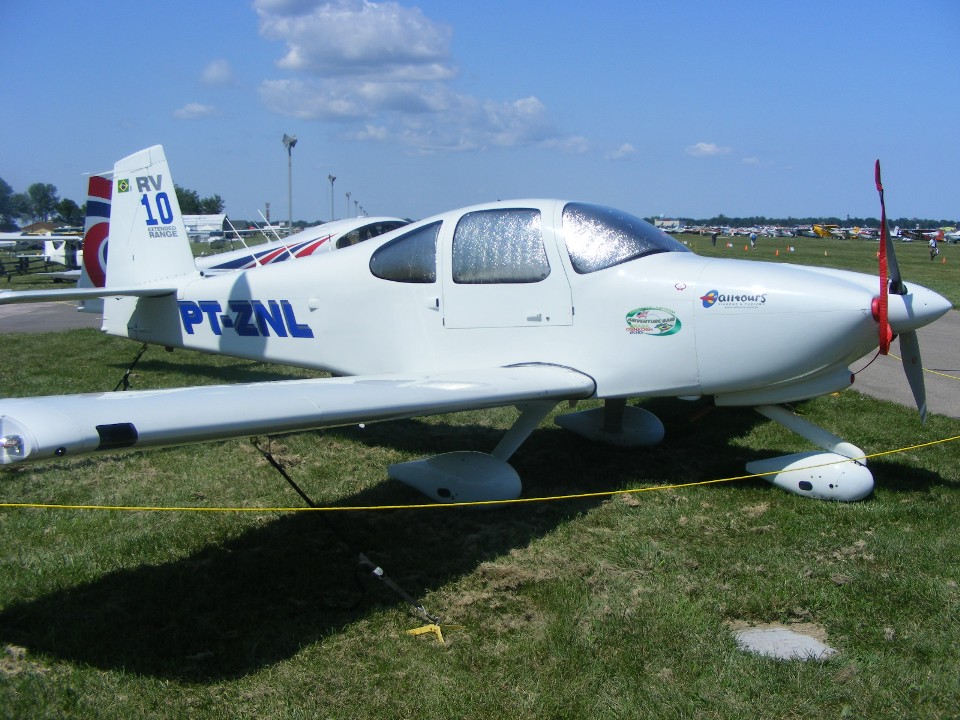 This Piper Aerostar has been converted to a turboprop engine. 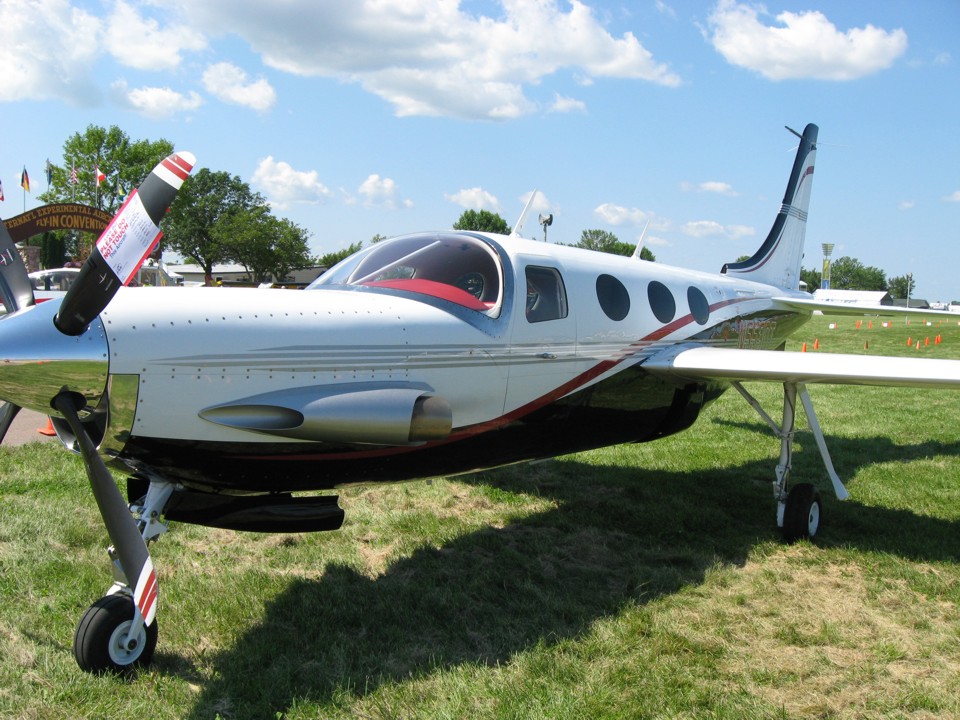 Here is the information card on the propeller. 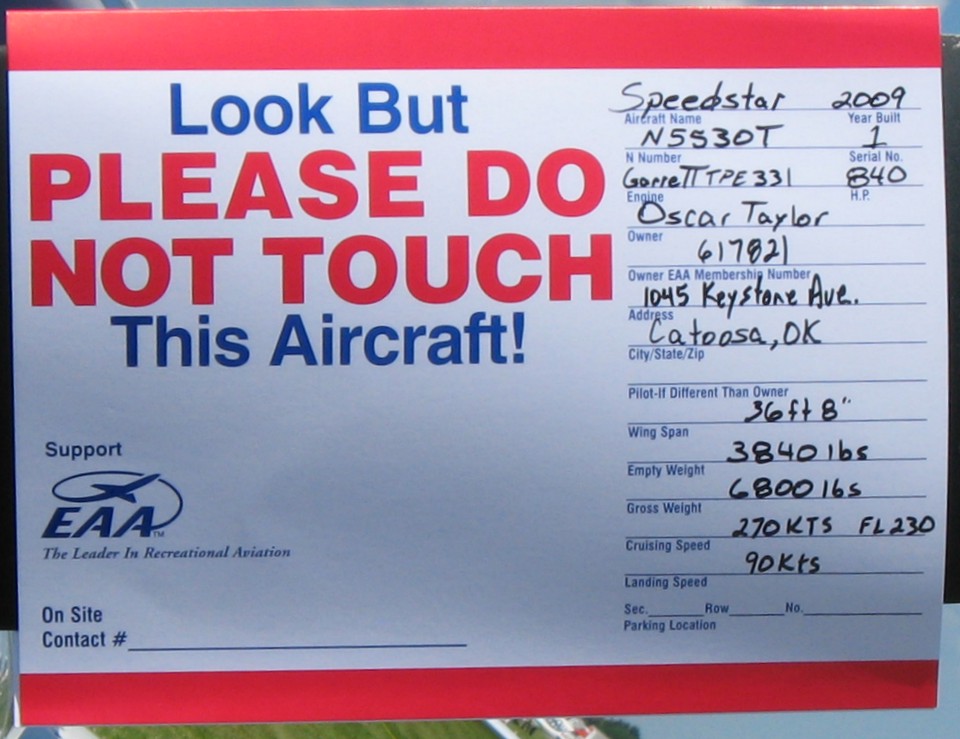