David Edgemon - RV-9A at the airport. 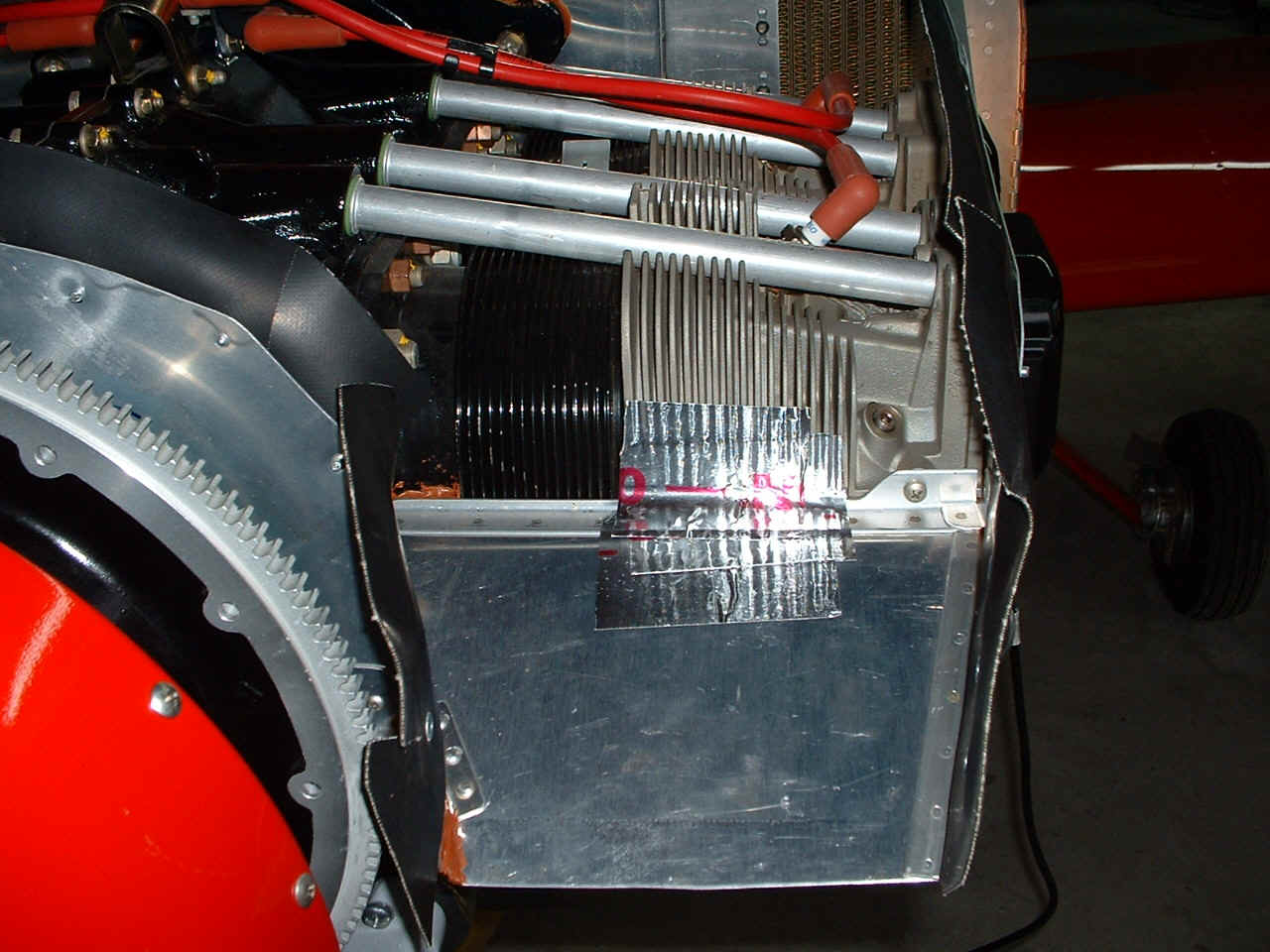 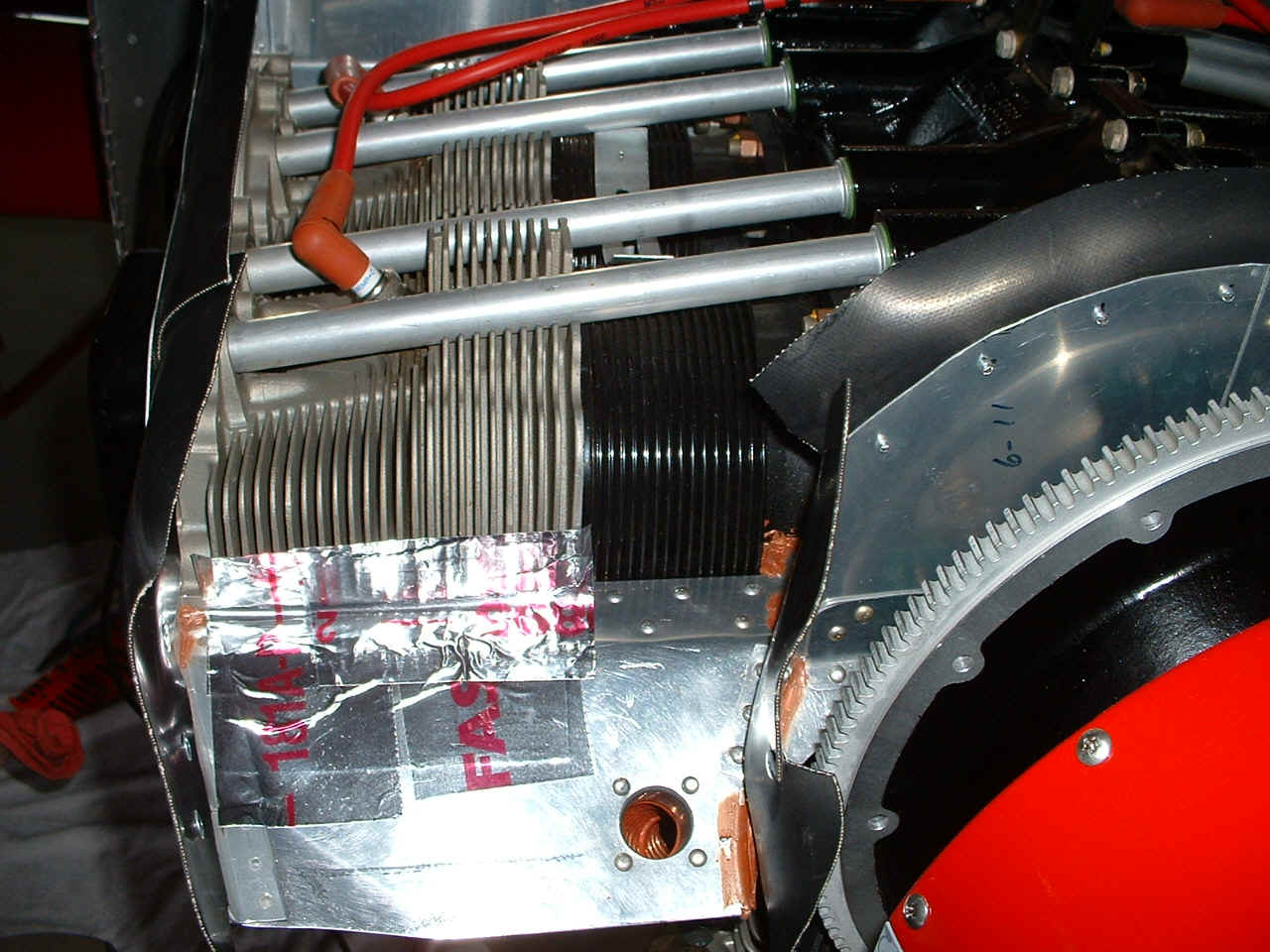 This is the tachometer sensor from the Van's Aircraft catalog that provides pulses to the EIS engine monitor for RPM measurements.  I have to order one of these!  Notice that the BLACK ground wire to the engine goes to the cover plate over the vacuum pump location since there is no vacuum pump on his engine (or mine either).  David chose the standard oil filter location instead of the right angle upright mount that I had put on my ECI Titan experimental engine when Penn Yan Aero Service assembled and tested it.  A reminder, this is the Superior Engine which David bought from Aero Sport Power.   Both of these engines are after-market equivalents to the Lycoming O-320-D1A engine. 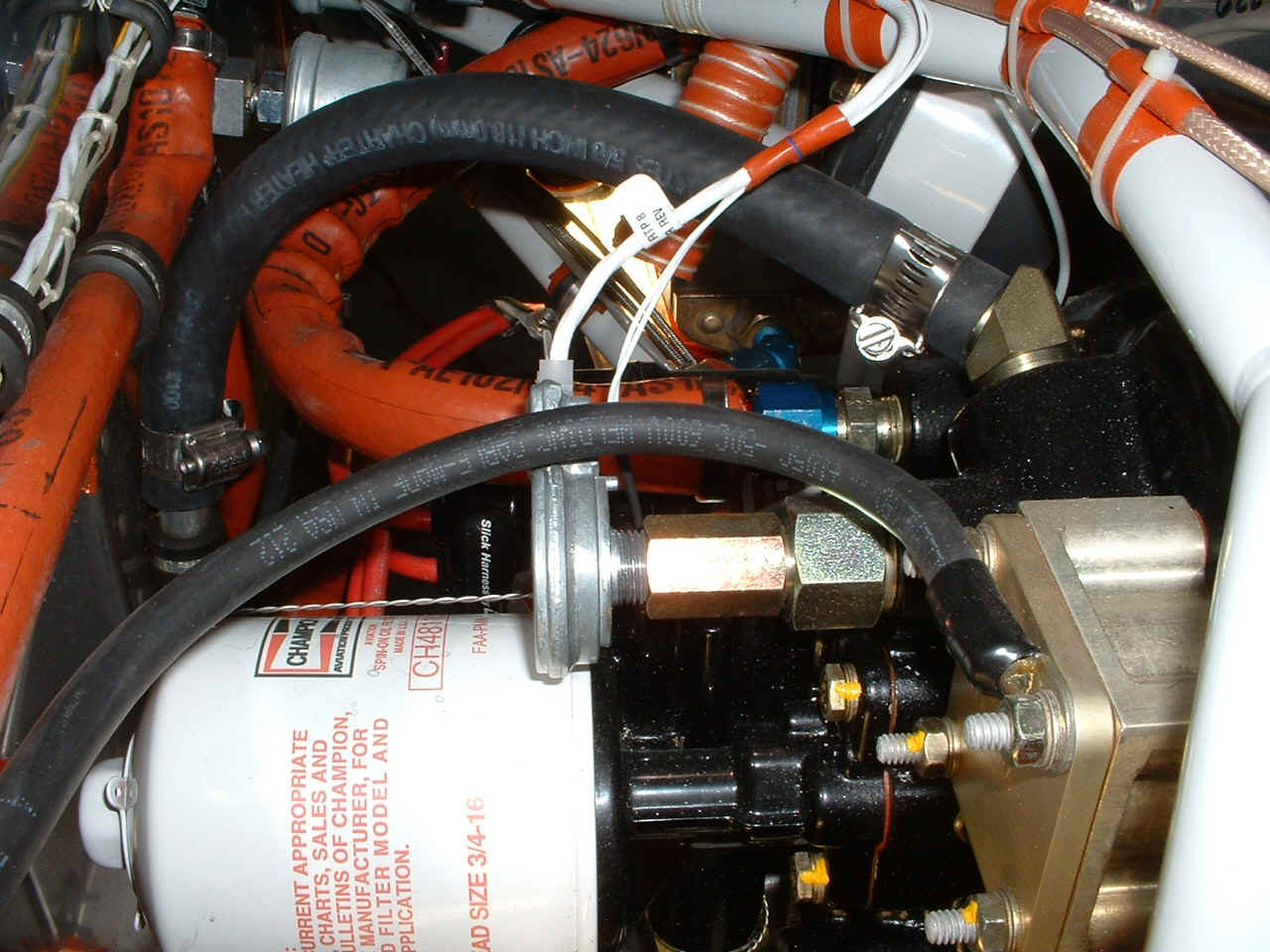 The cowling was the other item of interest to me on this day trip.  This is the bottom side of the TOP cowl showing the cooling air intake for the cylinders on the right side of the engine.  It has three holes for retaining screws that hold the top section to the bottom section near the spinner.  The matching holes in the lower cowl are shown in the next photo below this one.  There are two of these air flow ramps glassed into the cowl.  The ramps are provided in the cowl kit from Van's.  The hinge along the edge at the LEFT of this photo mates with a similar hinge on the lower cowl which is partially visible at the extreme left side of this photo. 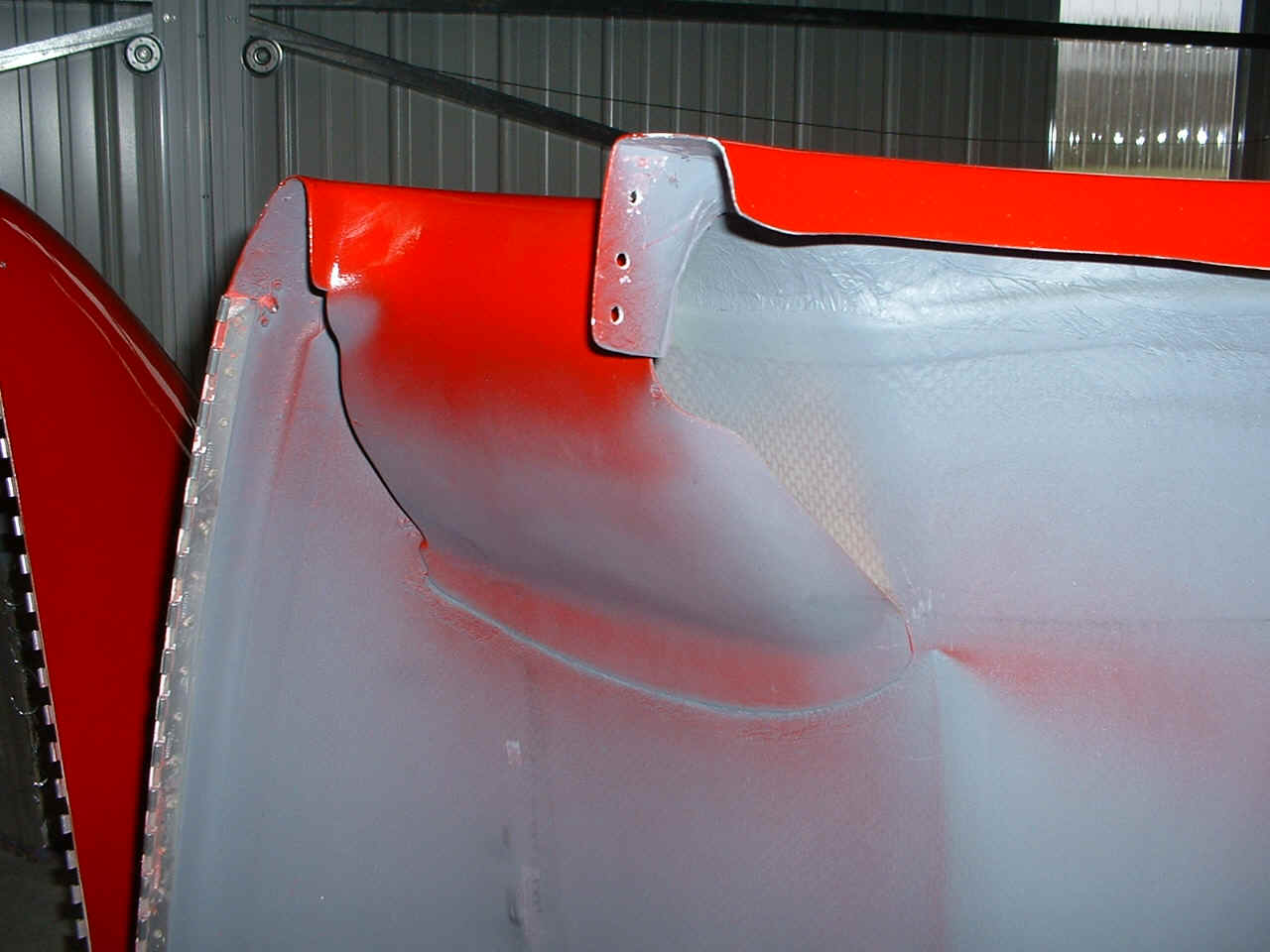 More cowl details.  The lower cowl has air seal fabric riveted to it to insure a clean flow of air onto the ramps in front of cylinders 1 & 2.  This is the right side of the cowl that is in front of cylinder #1.  There are also three platenuts that are hiding on the left edge of the air scoop to accept screws for holding the upper half to the lower half of the cowl. 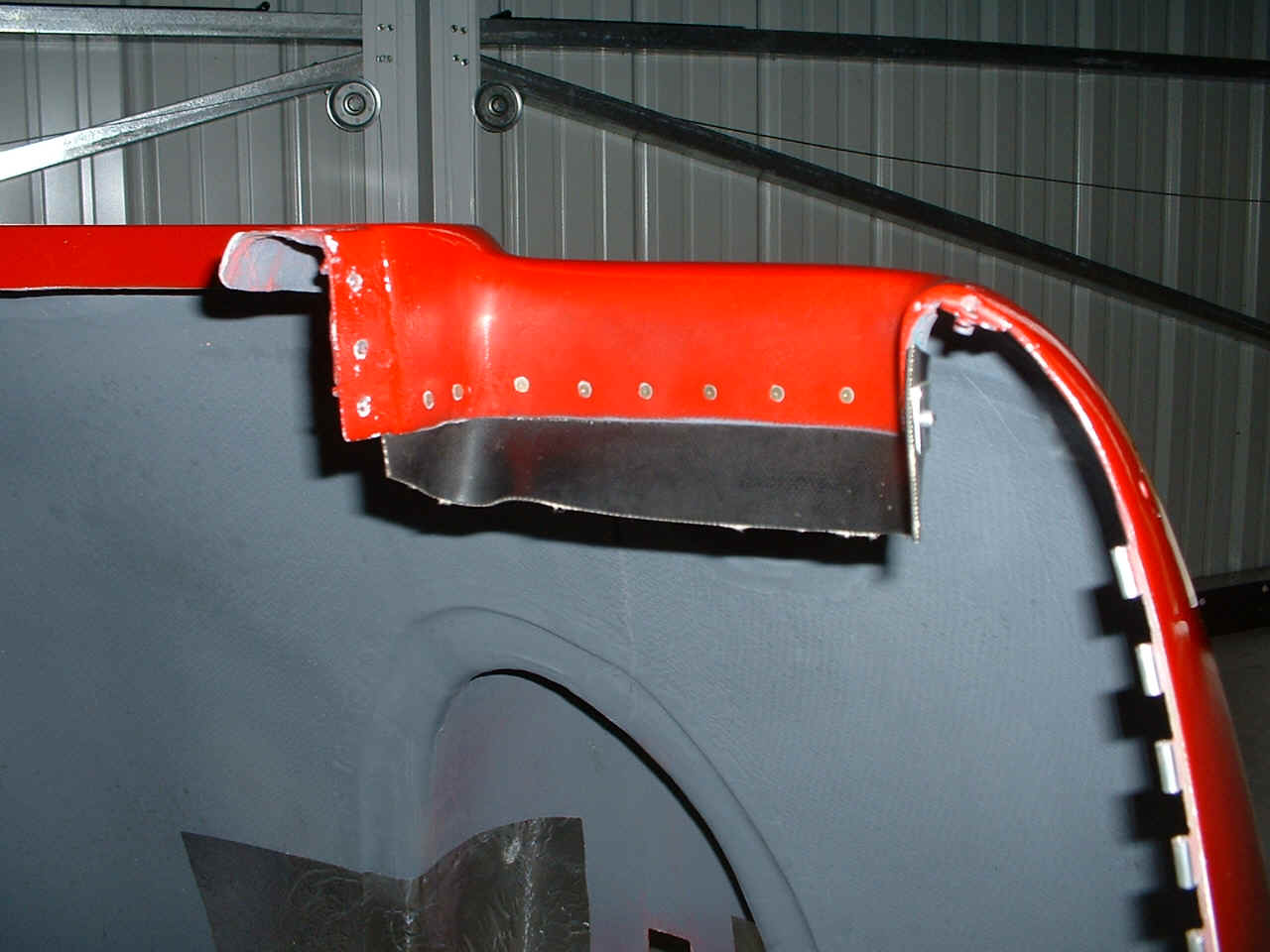 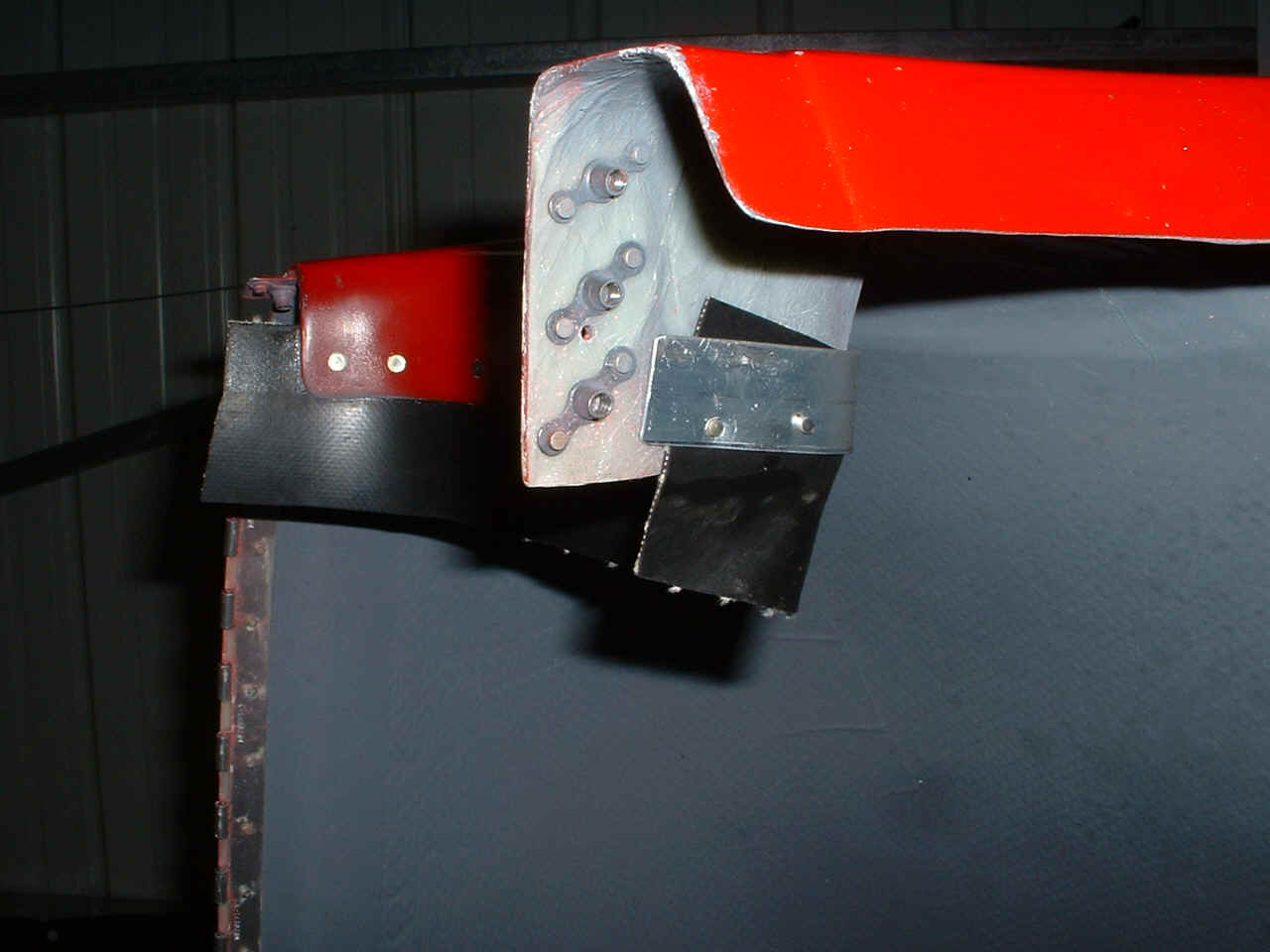 This is the hinge along the line where the upper and lower cowl meet.  The hinge at the right of the photo is the one that connects to a similar hinge on the firewall. 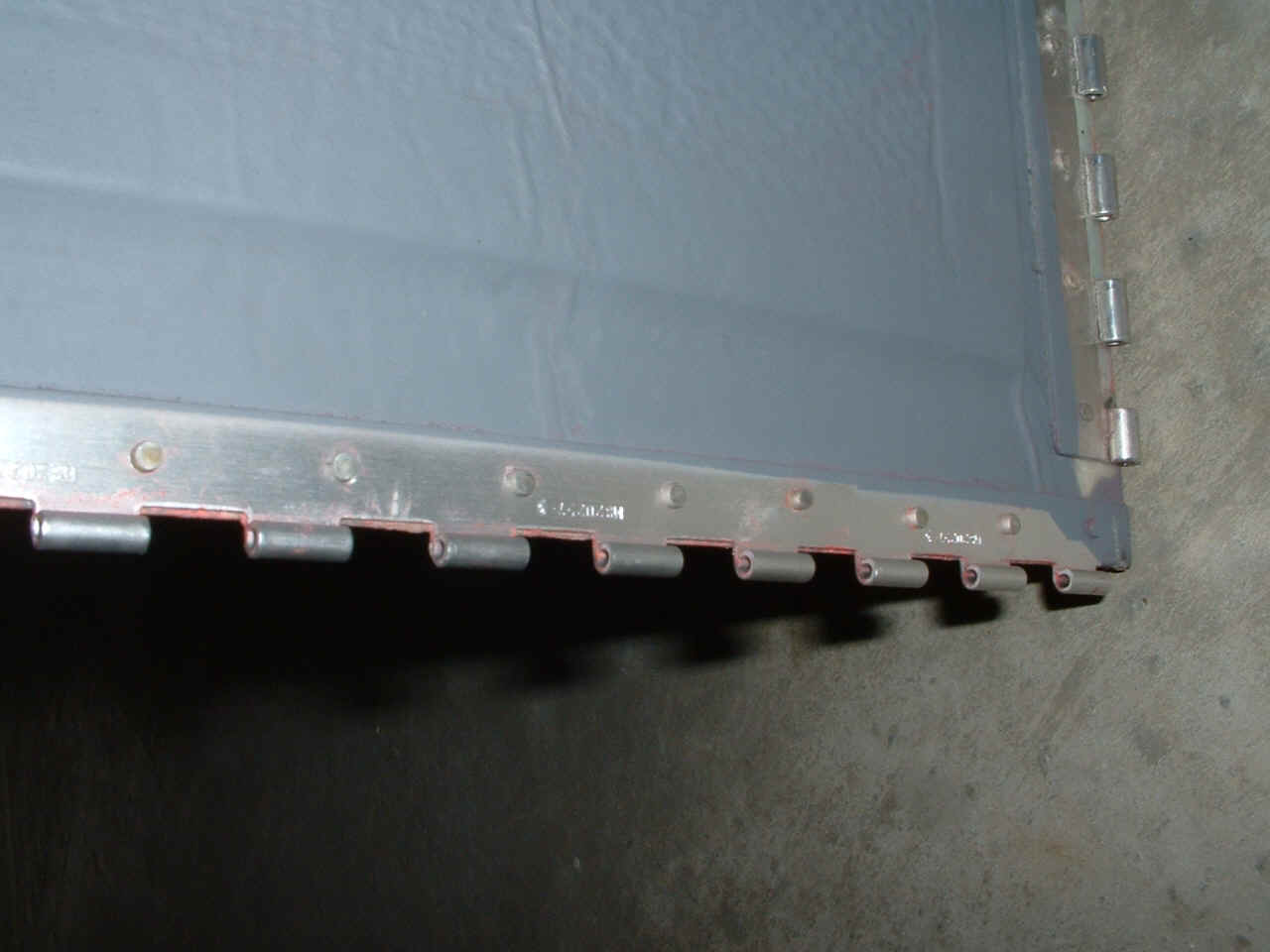 I went back to the main battery cable to check out the mounting of the ammeter sensor toroid that feeds data to the EIS engine monitor. 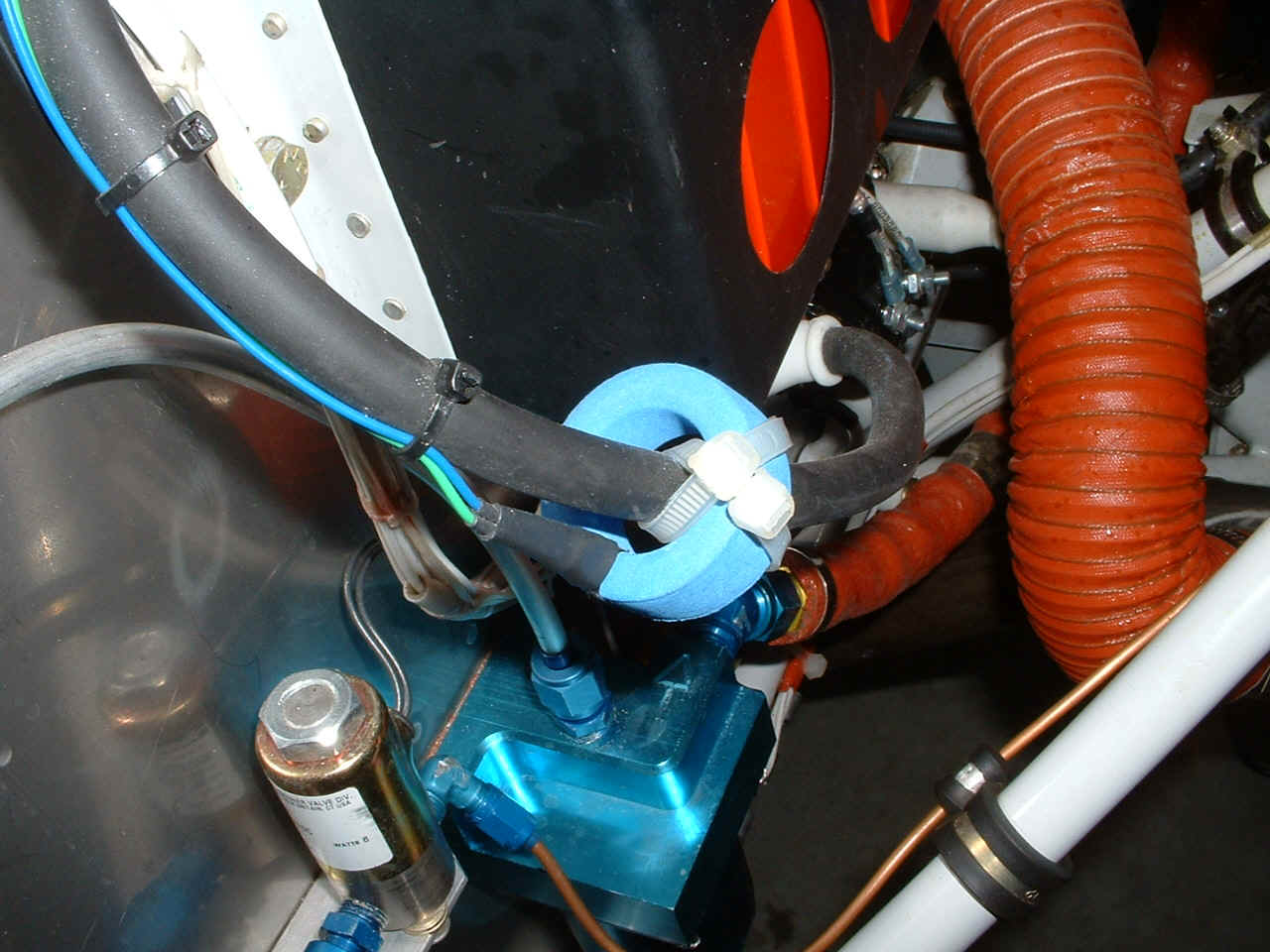 The last photo of the day is the detail around the variable pitch propeller blade on the spinner.  David had to enlarge the opening in front of the propeller blade to allow the full twisting of the blade without pushing against the fiberglass spinner cone. 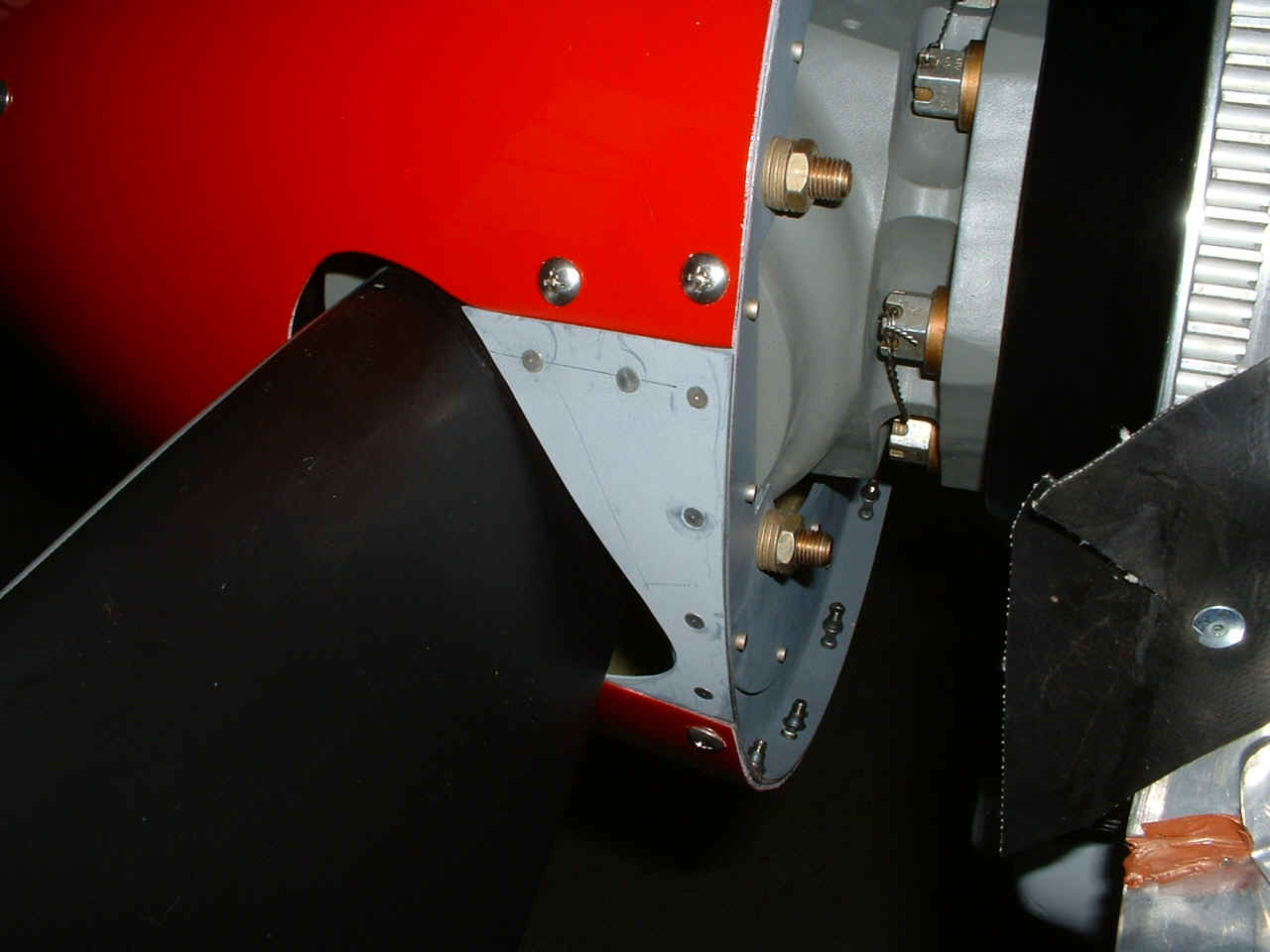