February 26, 2005:  Larry has been building wings and should finish his second wing soon. The fuselage kit is in the basement ready to begin when the wing jig comes down.  Here is his second wing tank with some proseal and ribs riveted in place.  The end ribs and baffle on the back are yet to be completed as you can see. 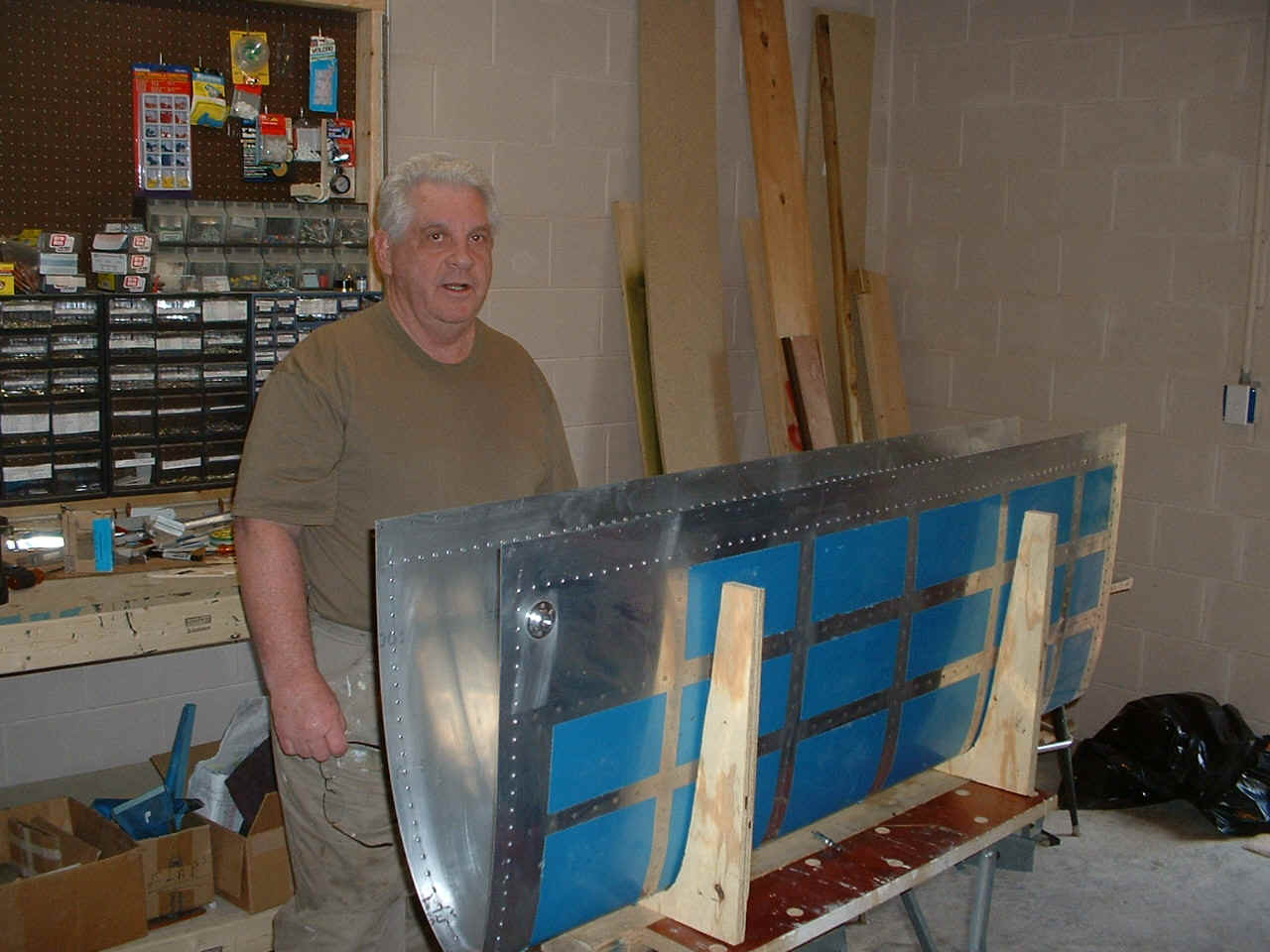 This time I gave him some warning to "give me the RV-grin" for the camera and web site.  Larry started this project in his other house before moving into this new place.  This is the basement which has no dry wall installed.   When I first saw this new building location, I made sure we measured the basement door.  He won't be able to put the wheels on this one before taking it out of the basement.  If he had chosen an RV-7 or RV-9, he would not be able to get the fuselage out the door at all.  The RV-8 can be carried out the door in pieces of course. 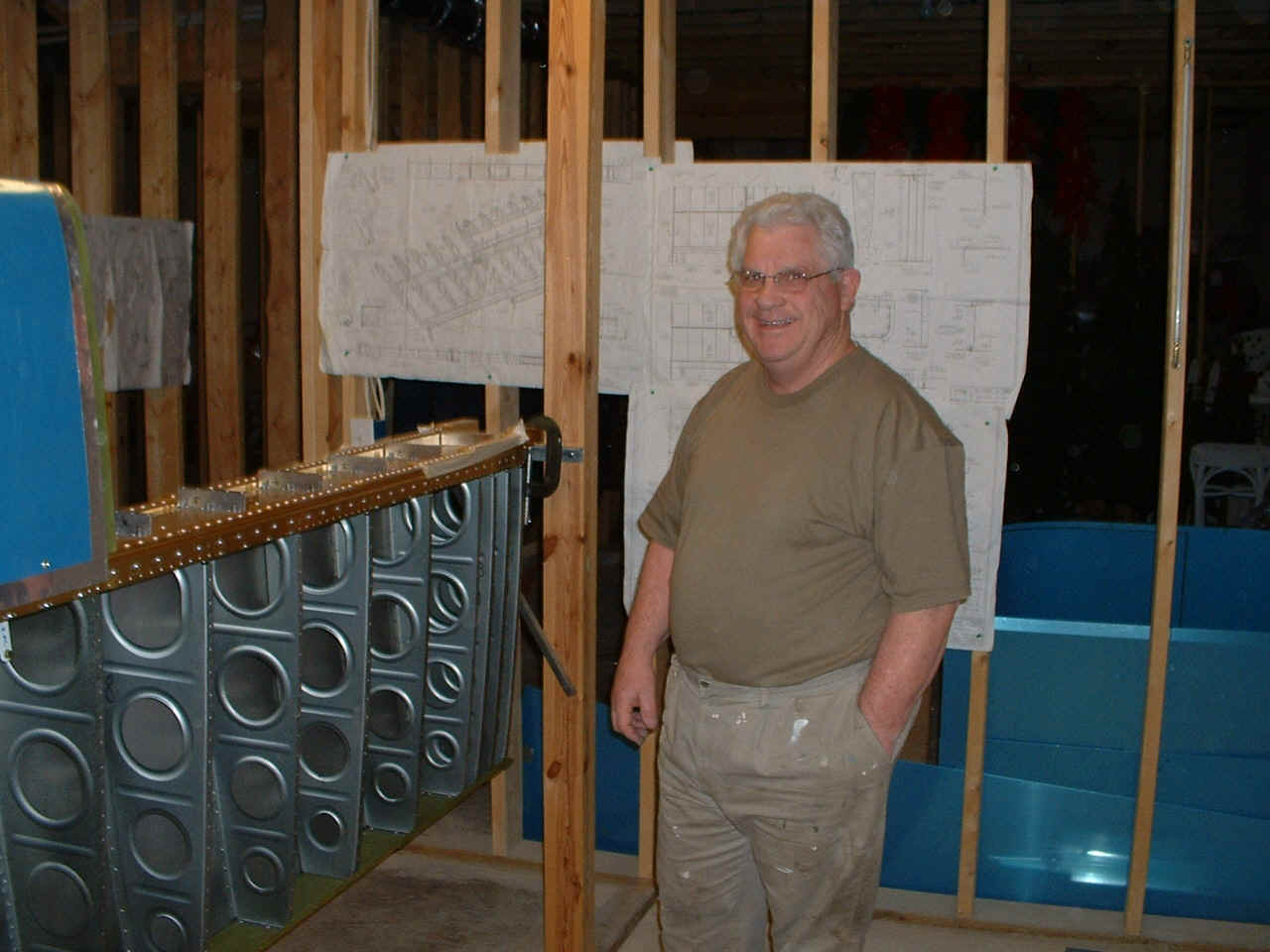 He has installed a heated pitot tube on the left wing.  Larry is retired military with several thousand hours in helicopters and fixed wing turboprop aircraft.   He is a CFII and will be working with me when I start the flight training for an instrument rating when my RV-9A completes the test period of 40 hours. 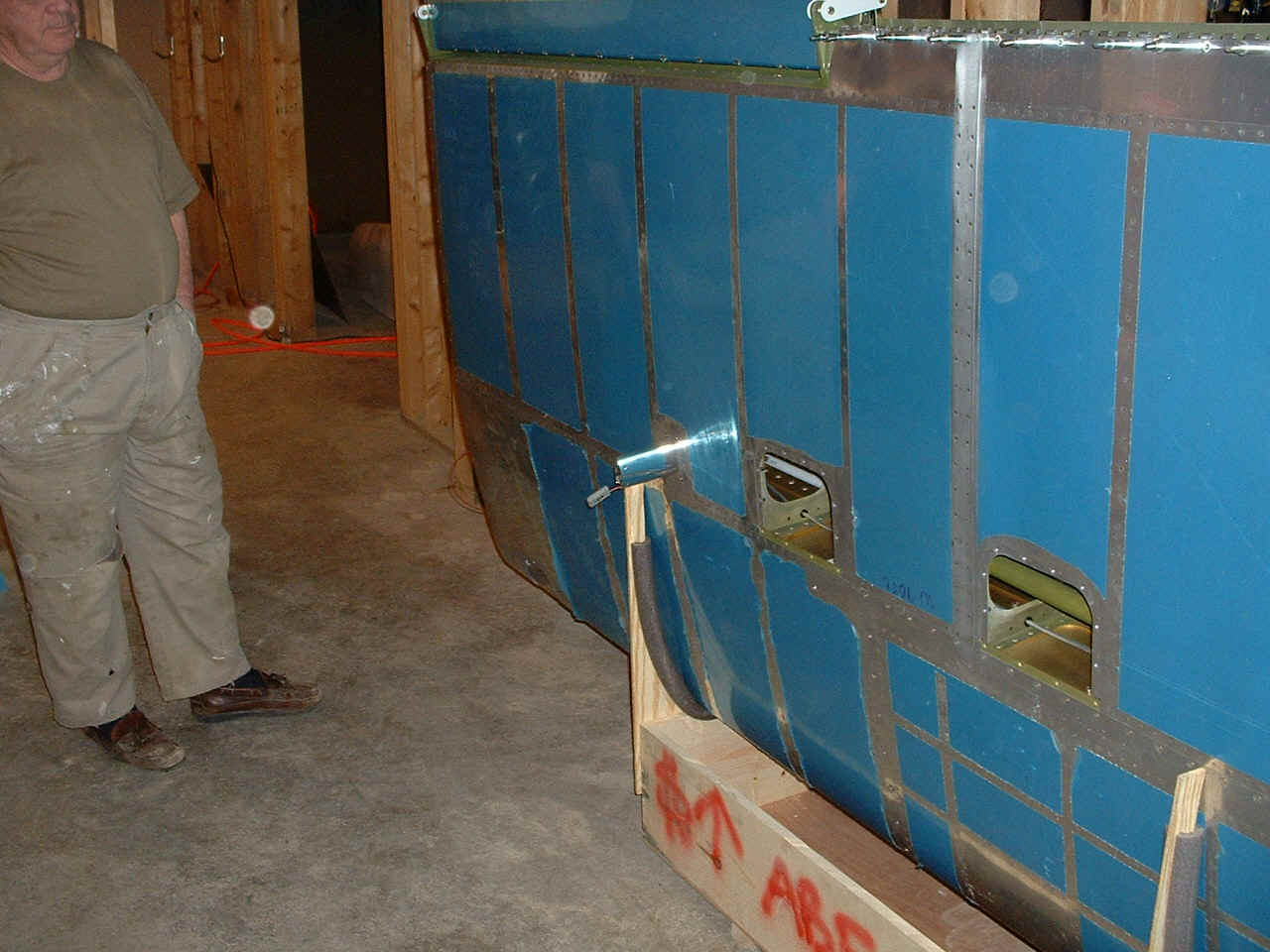 He has also followed the lead I took from David Edgemon about putting electrical conduits in the wings for lighting.  There is a landing light in there, but not plainly visible through these lightening holes. 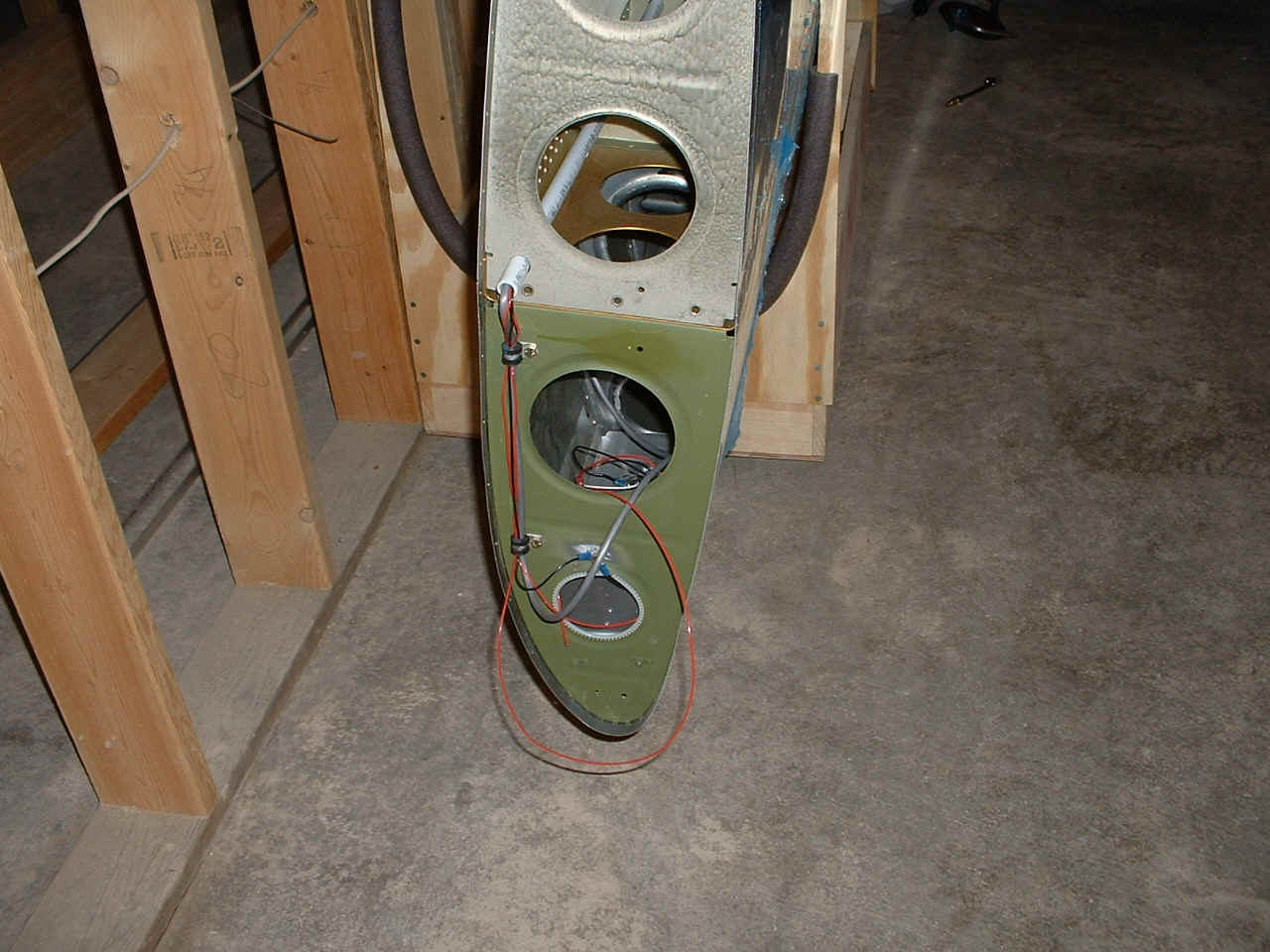 June 23, 2005:  Larry asked me to stop by his shop just after lunch time to confer on some fuselage building techniques.  Here are his wing spar bulkheads in the first fitting with the precision bolts and clecoes.  I gave him all the warnings about fitting the close-tolerance bolts and how to avoid some"nasty do-overs" during this fitting and assembly after priming. 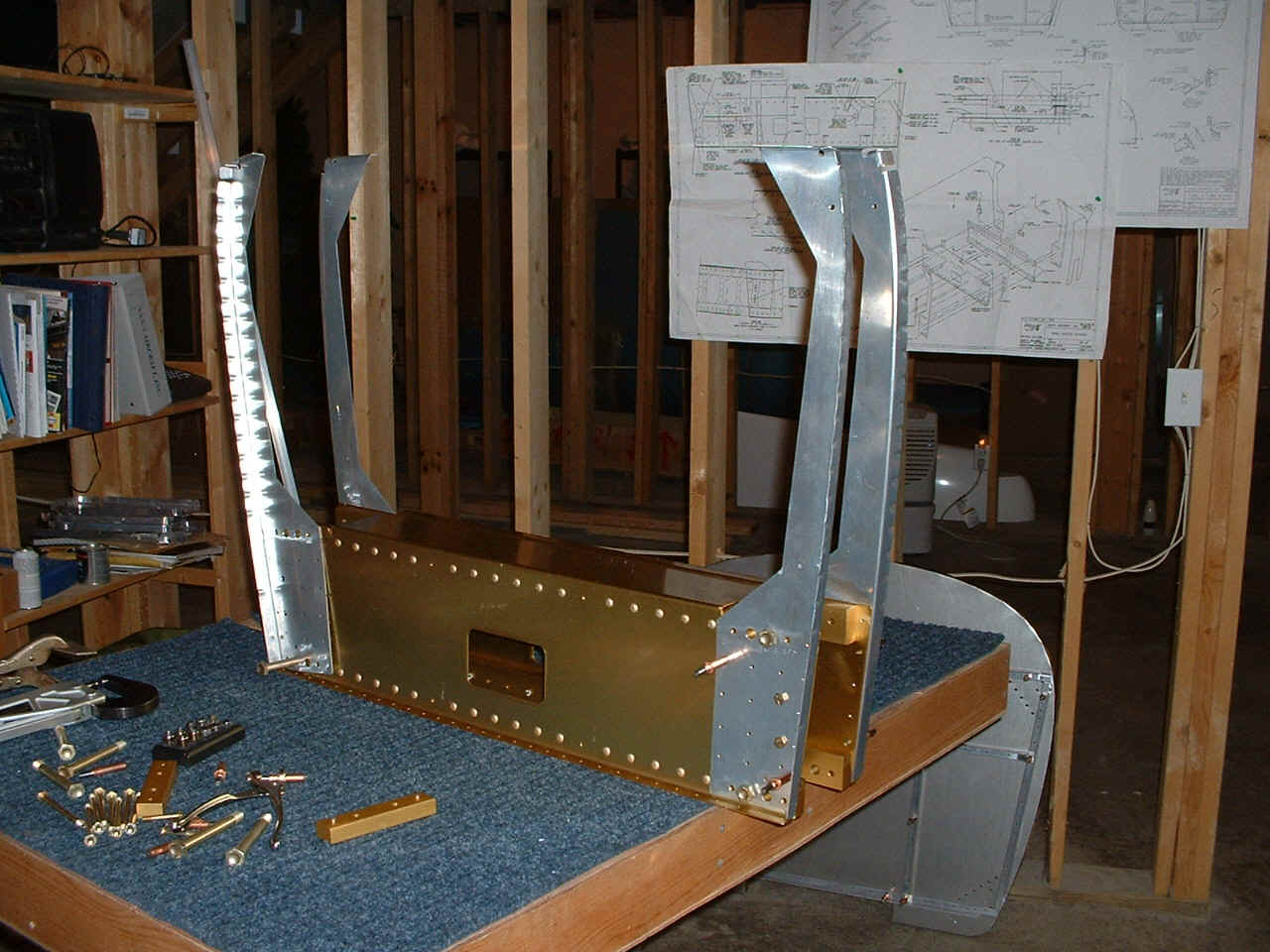 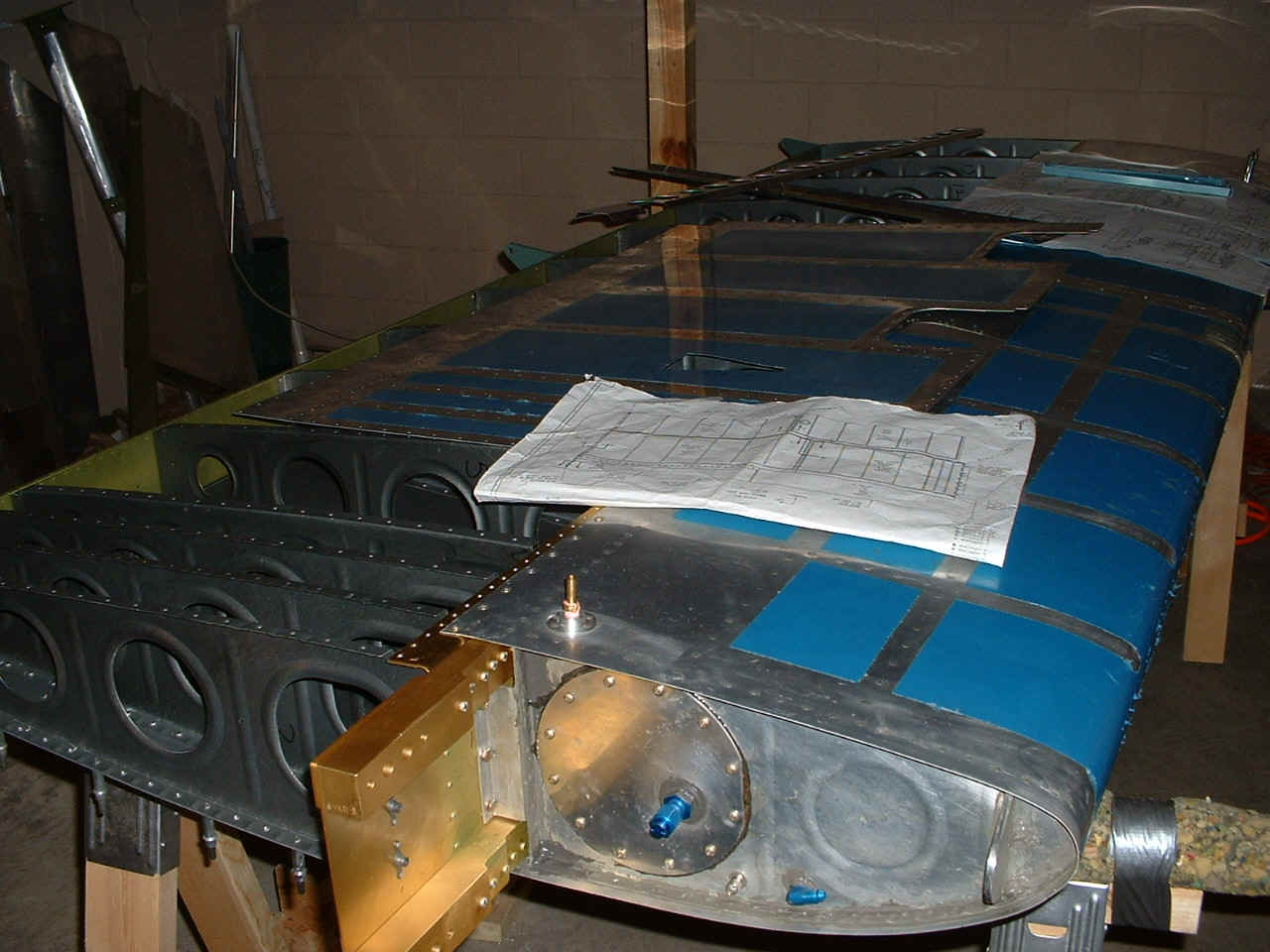 July 8, 2005:  Wendell Folks finally gets to see Larry's project to understand the slow-build "modification" advantages versus the quick-build he is considering.  We were discussing the wing conduits for electrical wiring that are easily put into a "slow-build" wing compared to trying to put them into a "nearly finished" quick-build wing assembly. 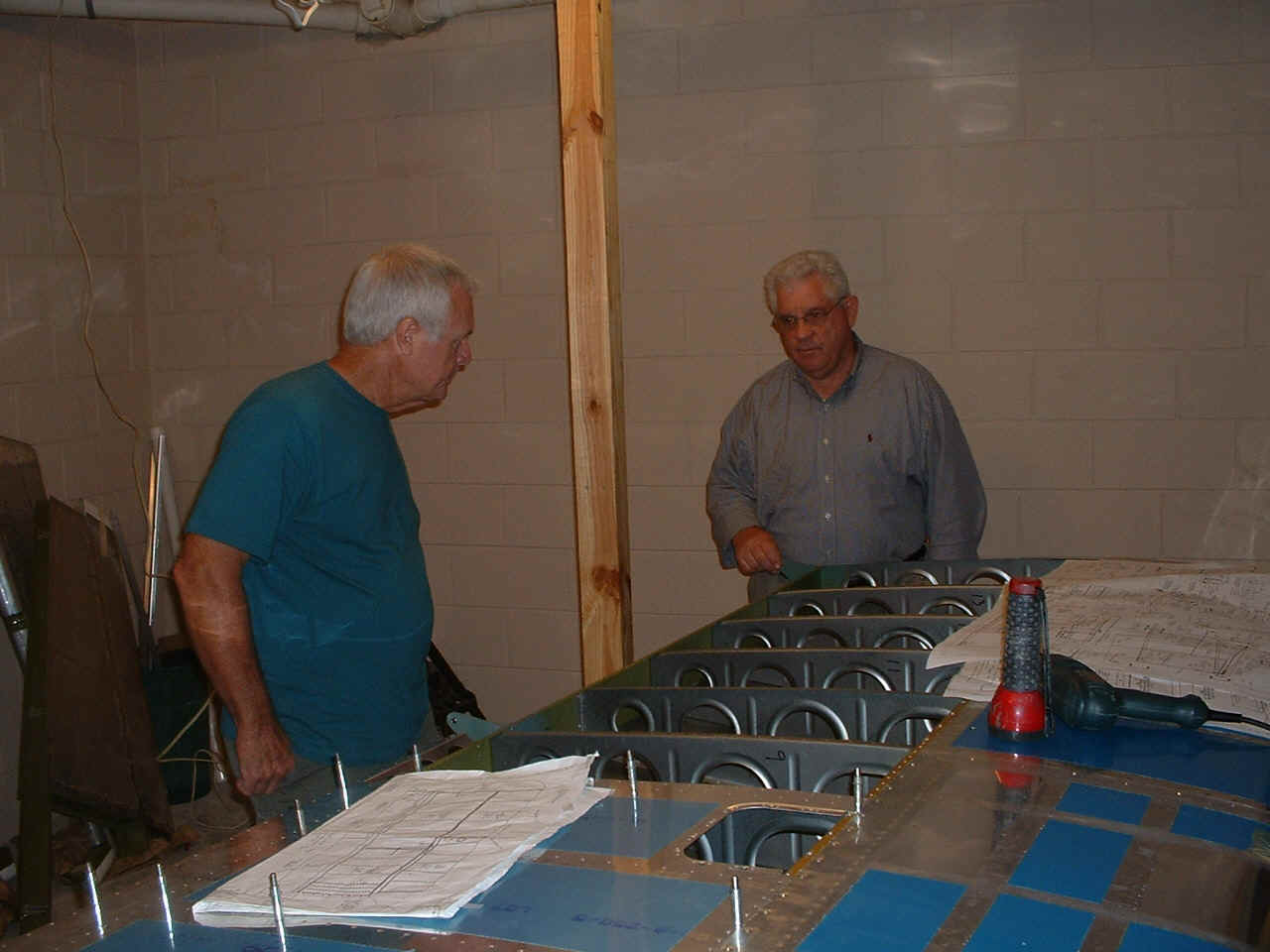 Larry is getting into the seating area of the fuselage and was pointing out some of the key areas of the assembly and how they differ from my RV-9A seating area and wing spar bulkheads.. 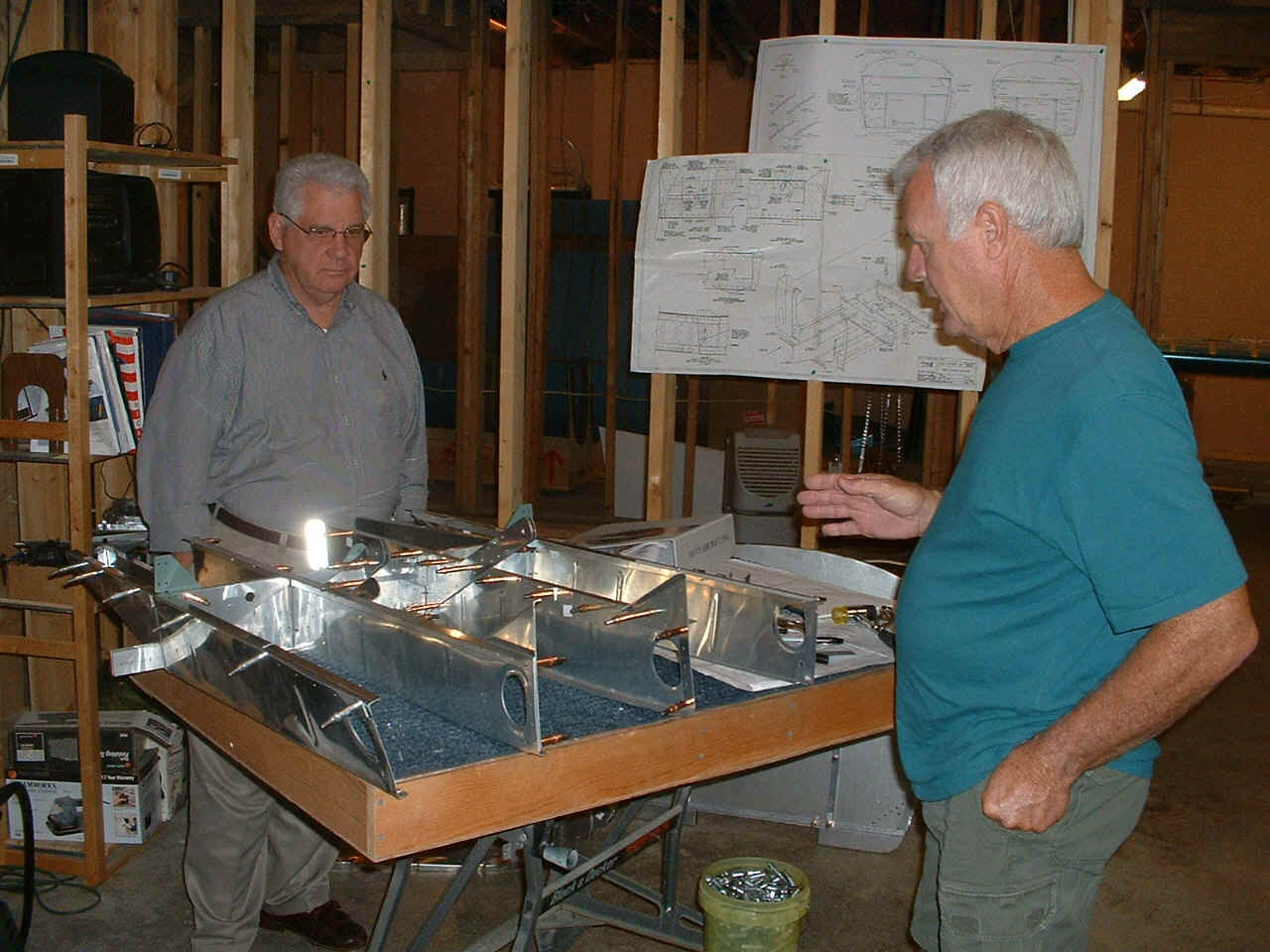