July 25, 2019: I am creating this new web page with some older photos from 2004 and new photos taken on July 25, 2019.  US 41 to the northern Keweenaw Peninsula can be a boring ride through the forests.  US 41 passes along the south shore of Lake Medora seen here about 4.3 miles from Copper Harbor. 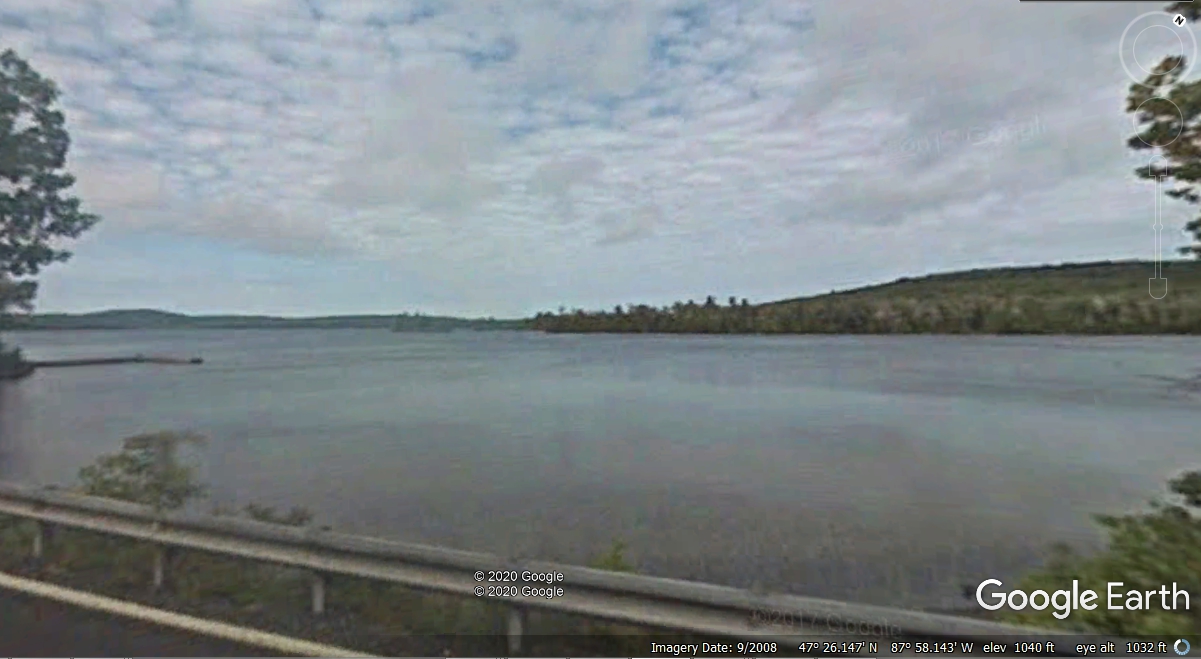 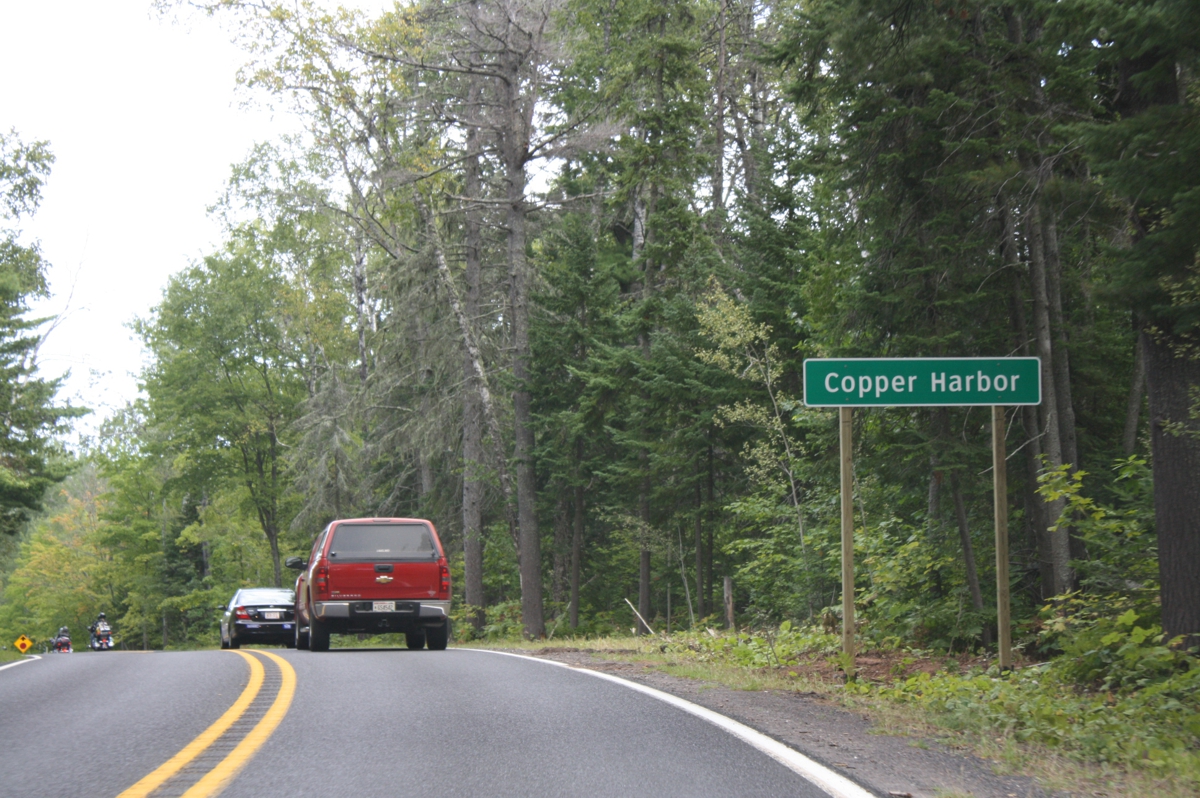 The ride into town ends with this first view of Copper Harbor and Lake Superior beyond the harbor itself in my 2004 image. 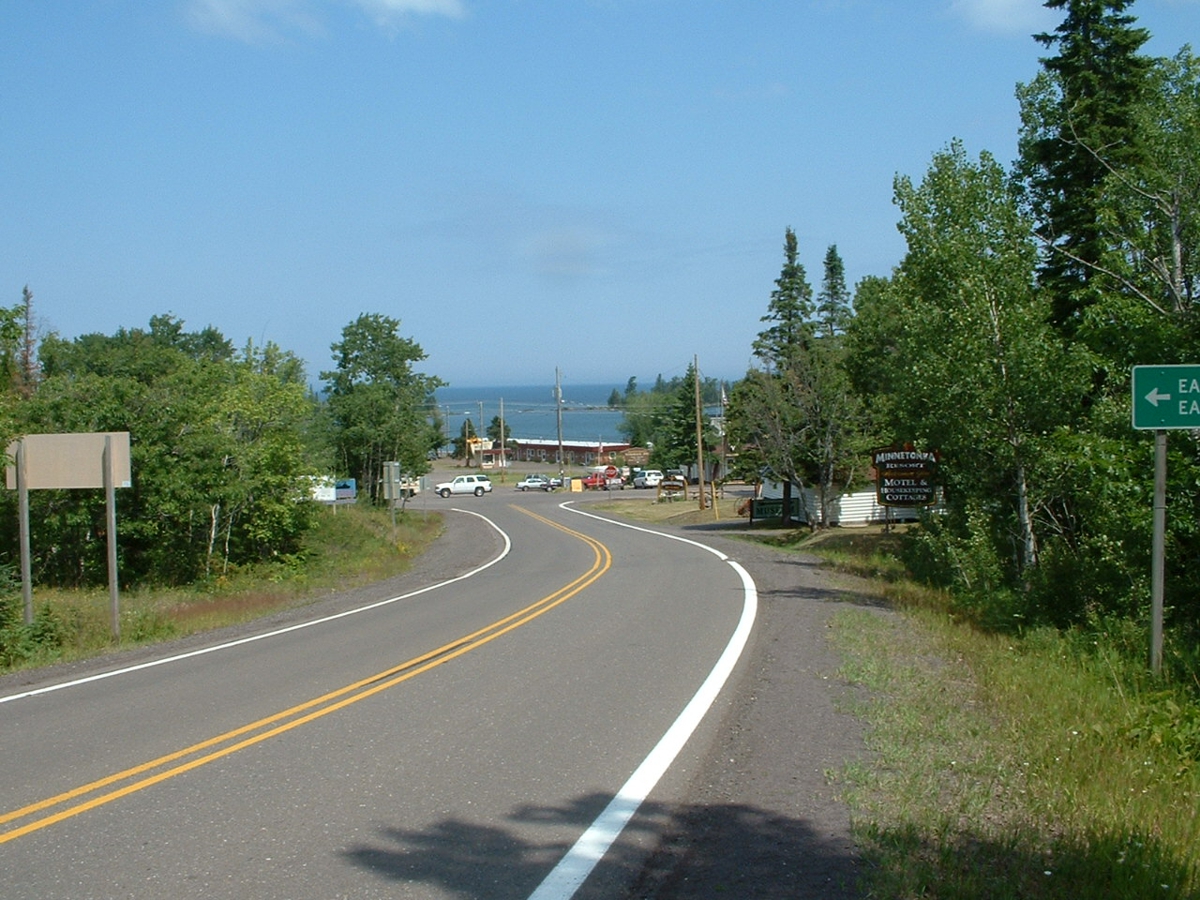 When you get to the town of Copper Harbor, turn right and follow US 41 until you get to this sign at the end of the paved road.  When I got here in July 2004, I was alone for a while. 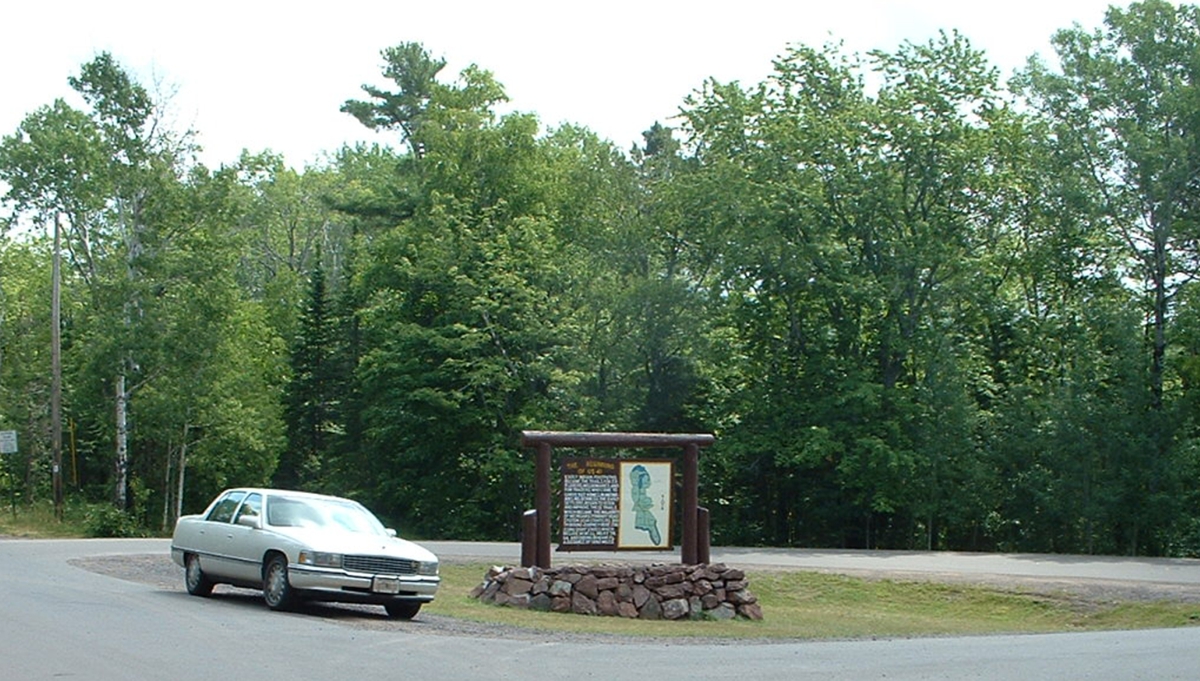 About those old photos, I have reprocessed them for better resolution for use in these 2019 vacation pages.  I first visited this area in 2004 when I was up this way for Oshkosh 2004. 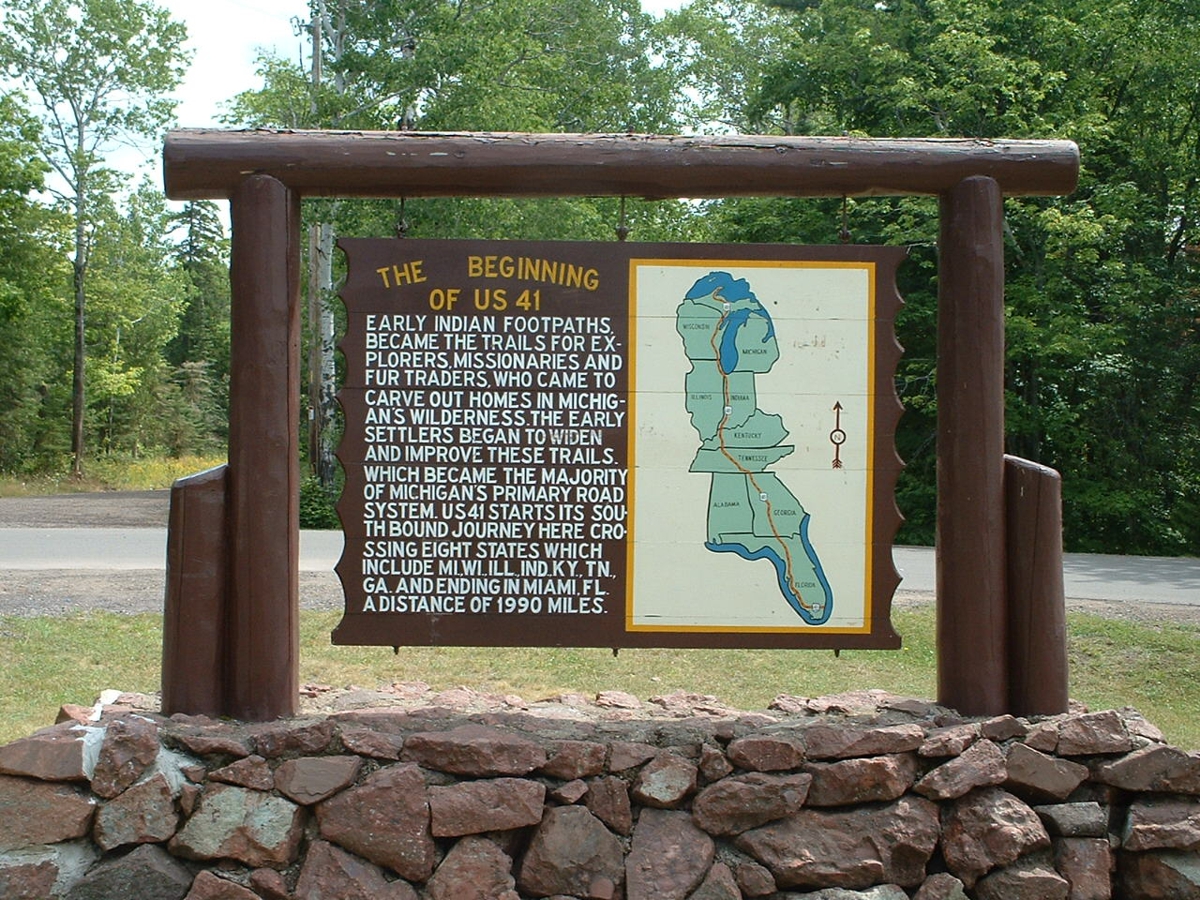 Here is a photo I took of a family posed at the beginning of US 41 sign back in July 2004.  I used their camera first and asked them to let me take a photo with my camera. 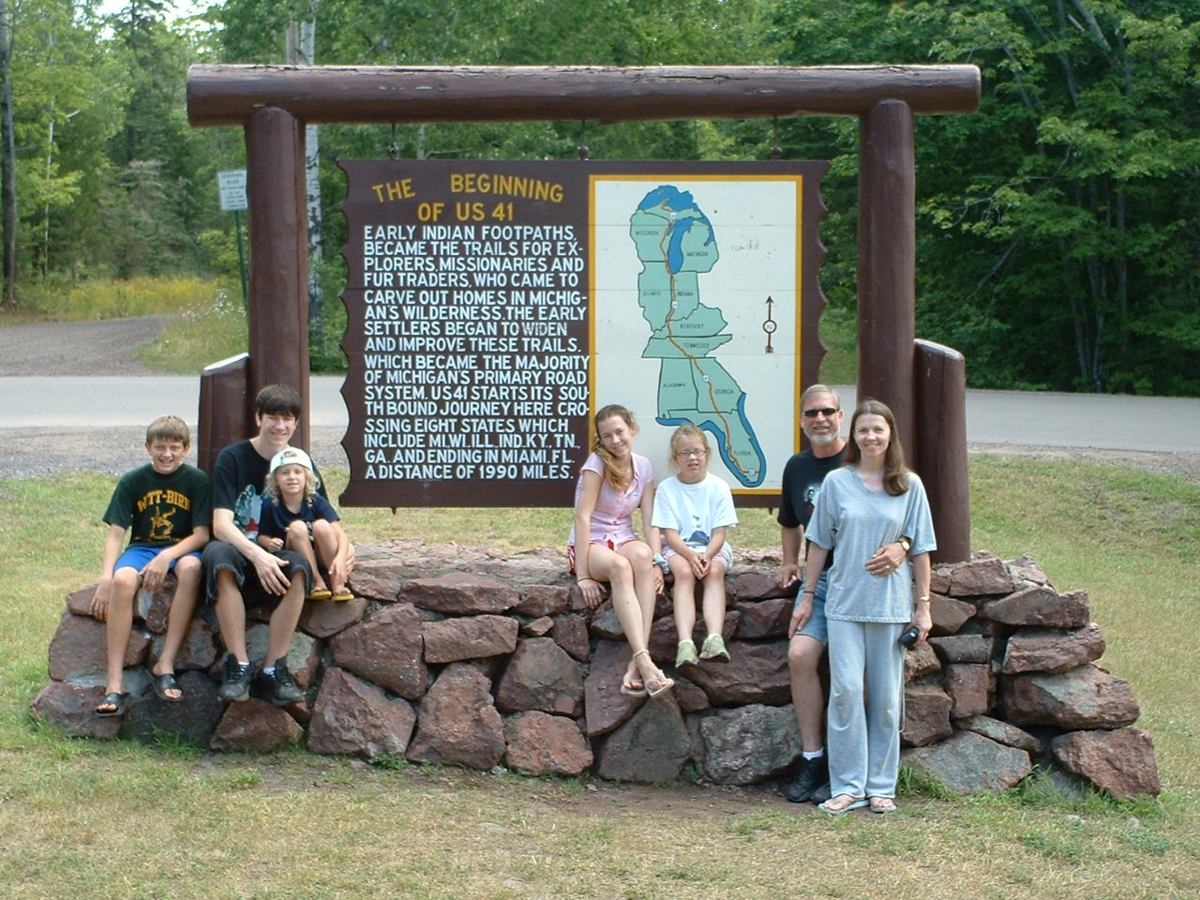 Here is the photo of Linda and I at the same sign seen above, taken on July 25, 2019.  You can compare this photo with the two above to see the changes since 2004.  My Canon digital SLR did a good job on the 10-second delayed shutter setting.  I had Linda stand in "just the right spot." I pushed the button and had time to take my position before the shutter snapped. 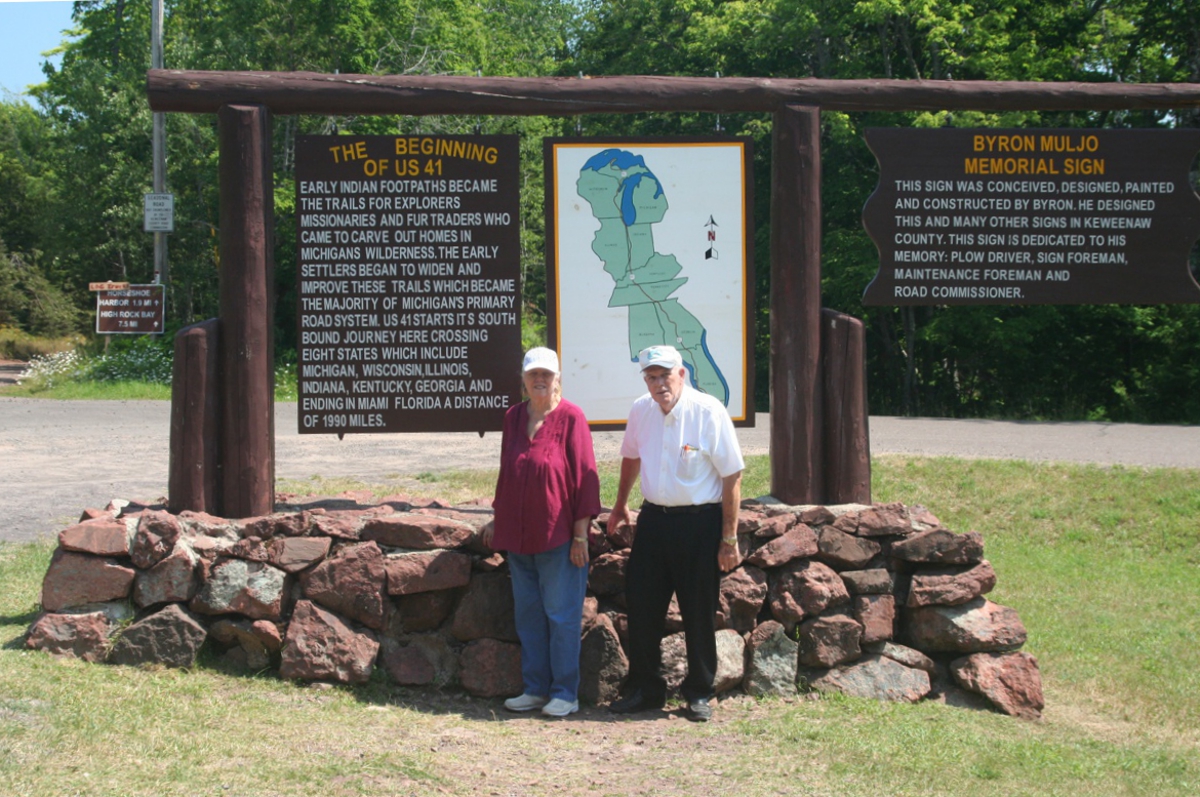 Linda took this photo while I was getting my tripod and camera set up for the photo you see above. 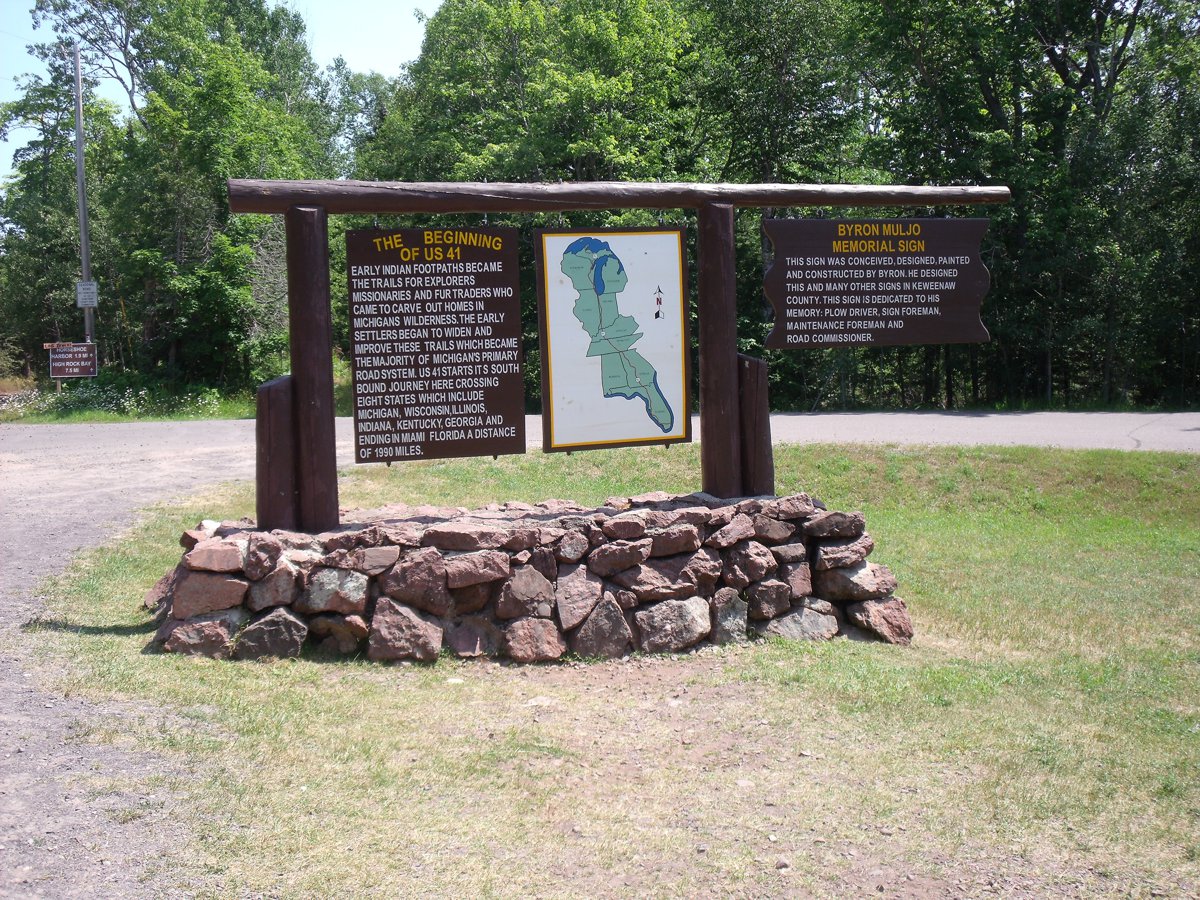 I noticed another sign in the background at the dirt road exit from the circle.  That road continues east to the end of the upper peninsula land at High Rock Bay. 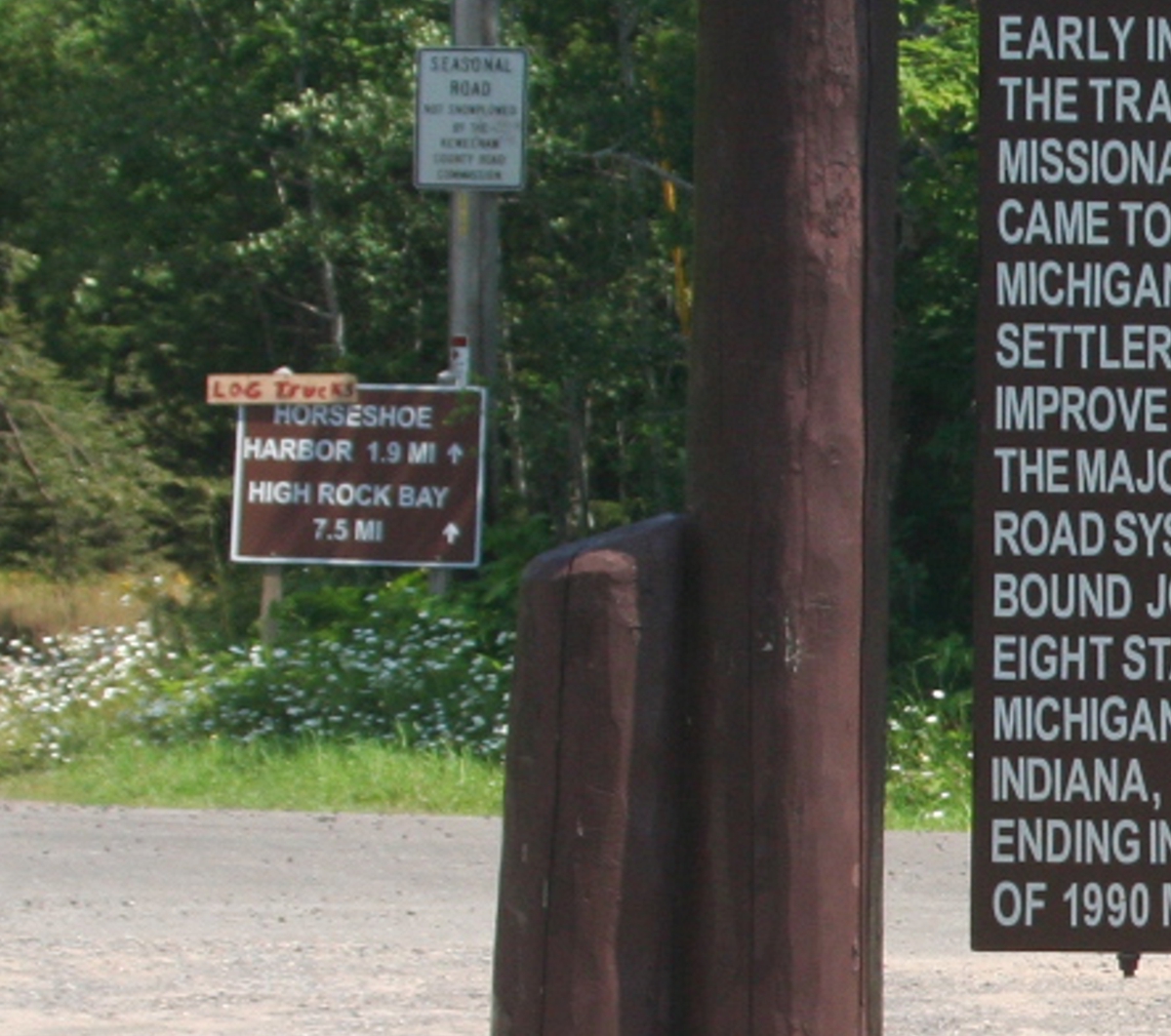 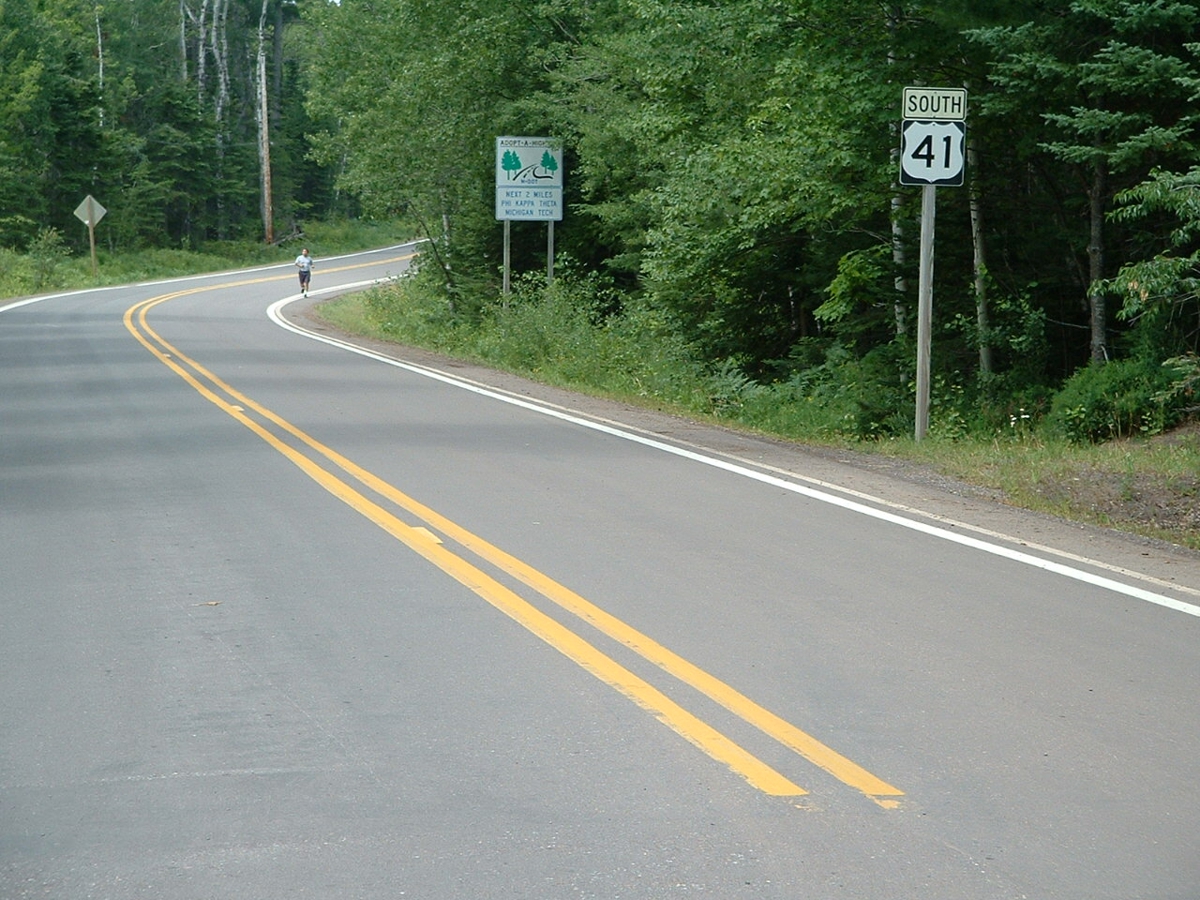 On my way back to the town of Copper Harbor in 2004, I realized there was a good shot of the light house on the north side of the harbor.  I parked on the side of the road and took this photo from US 41 near Fort Wilkins state park. 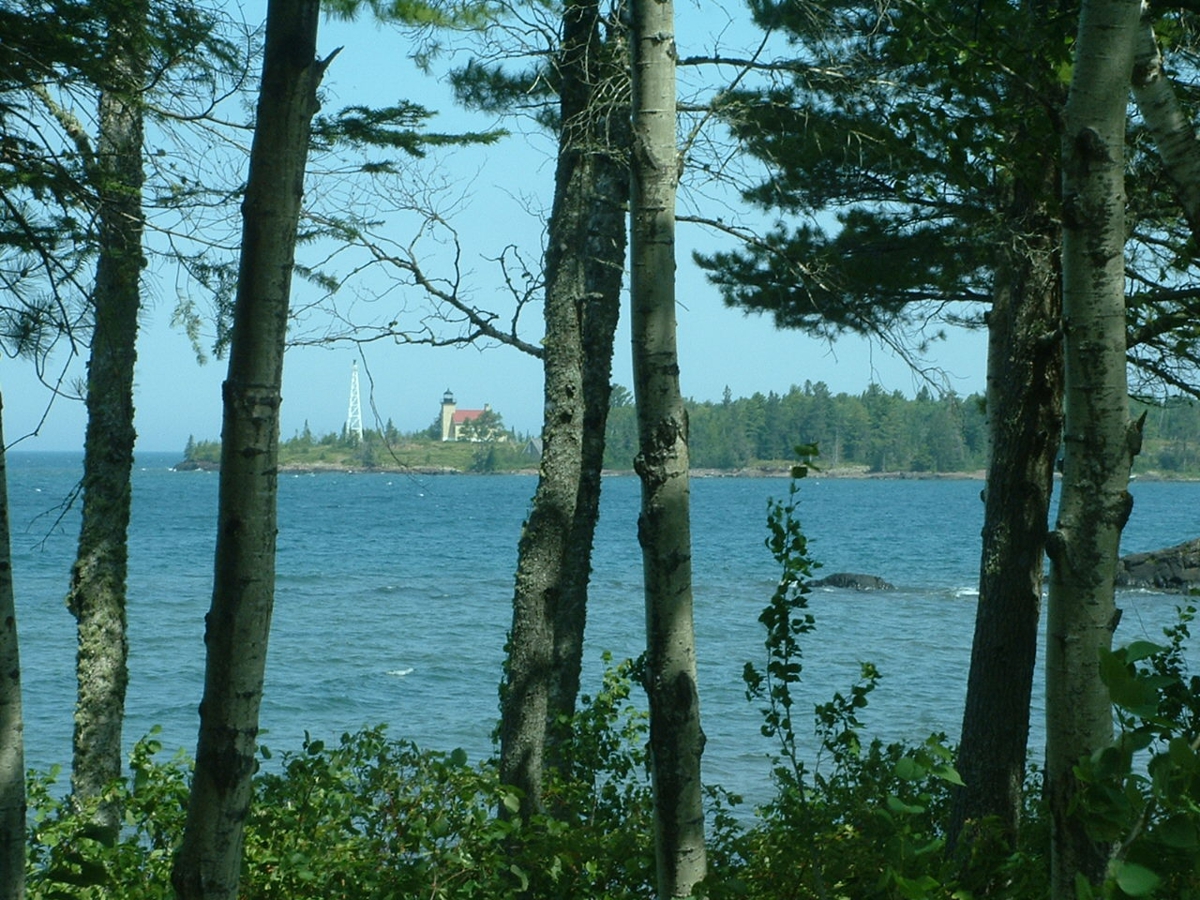 Here is the view as you come back from the end of the road to the main street of US 41 in Copper Harbor. 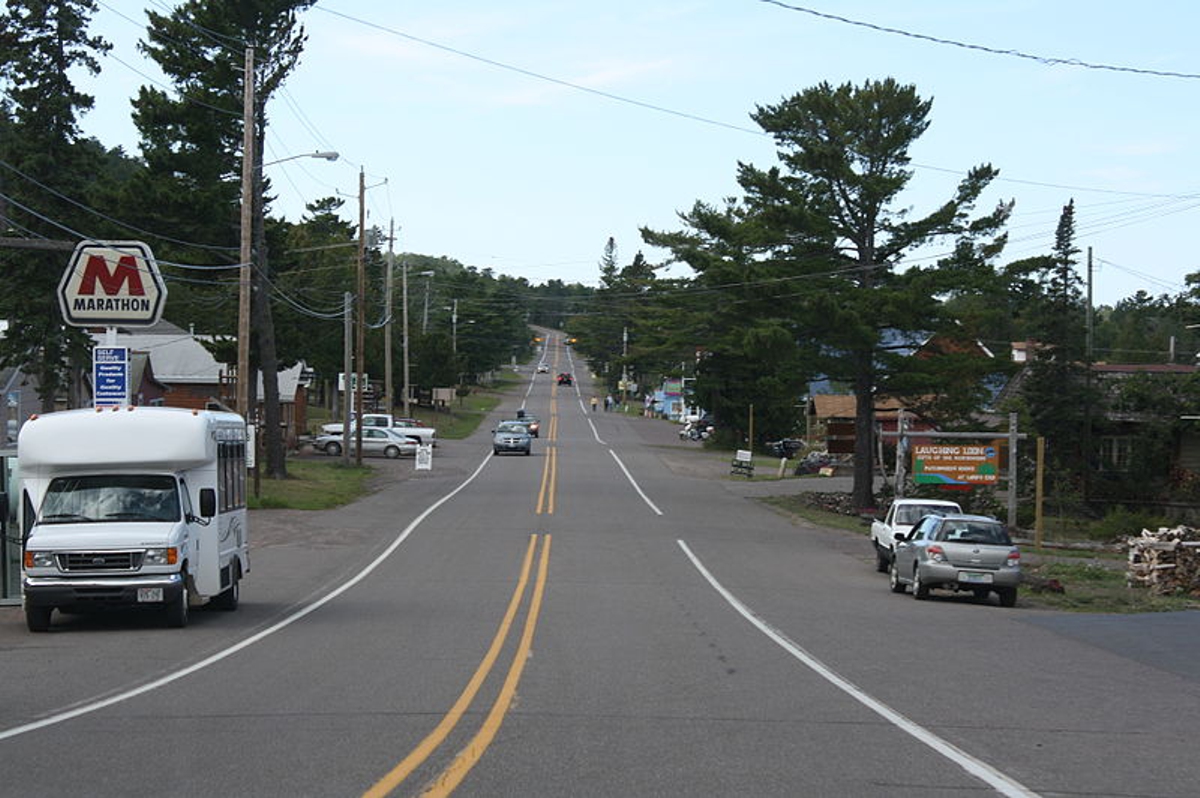 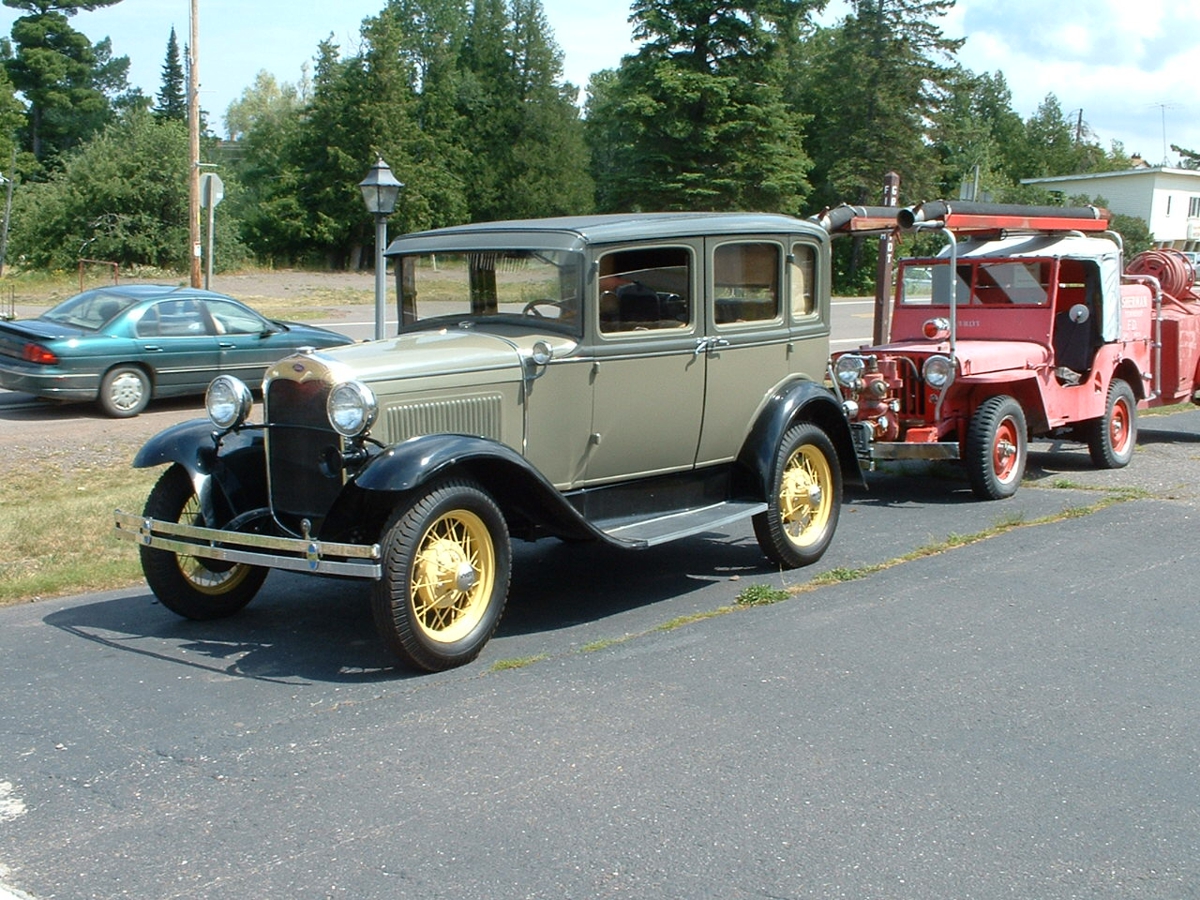 We went down to the end of First Street and parked near the edge of Lake Superior to take a few photos.  Linda took this photo. 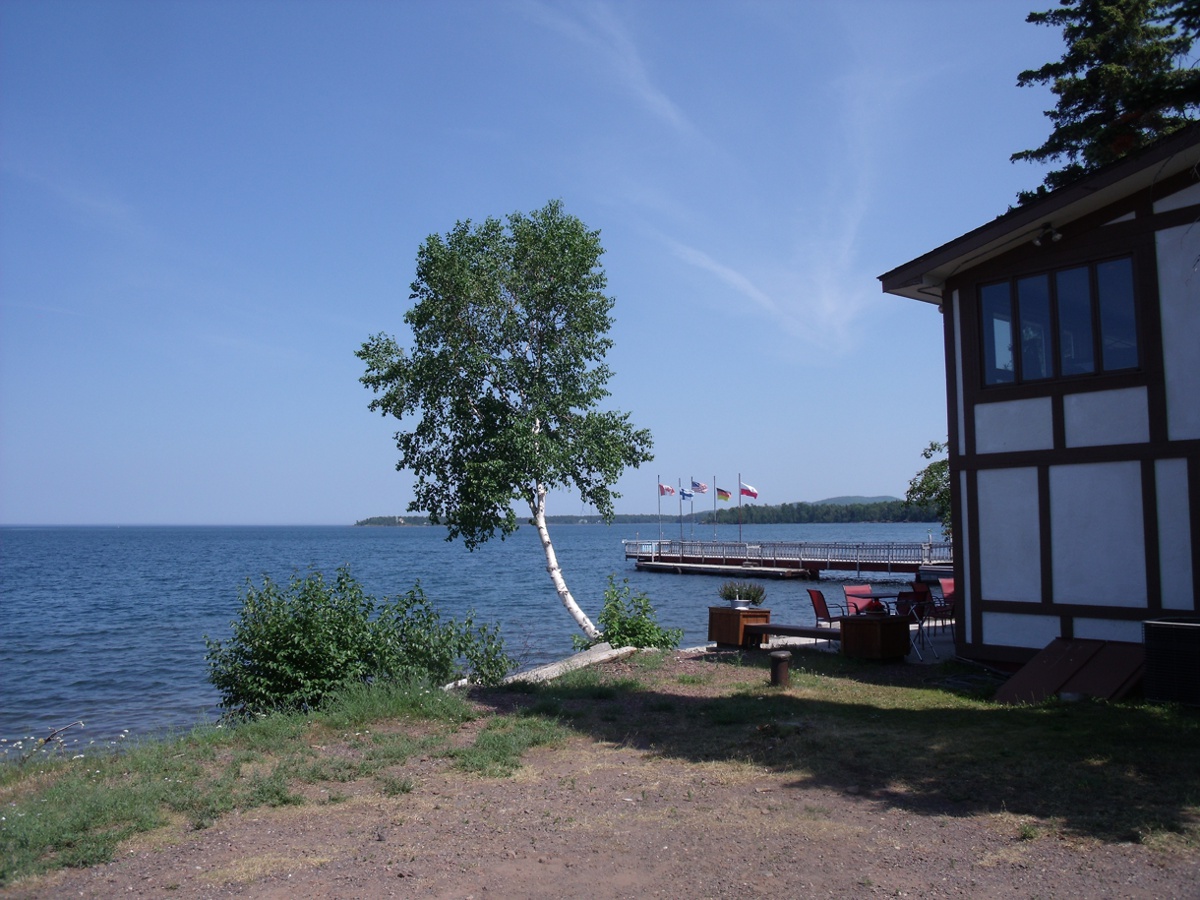 Her second photo shows a number of kayaks here in the relative calm water in Copper Harbor.  The flags attest to the breeze from the cold water of the lake and the warmer air over the land mass that is the final tip of the Upper Peninsula. 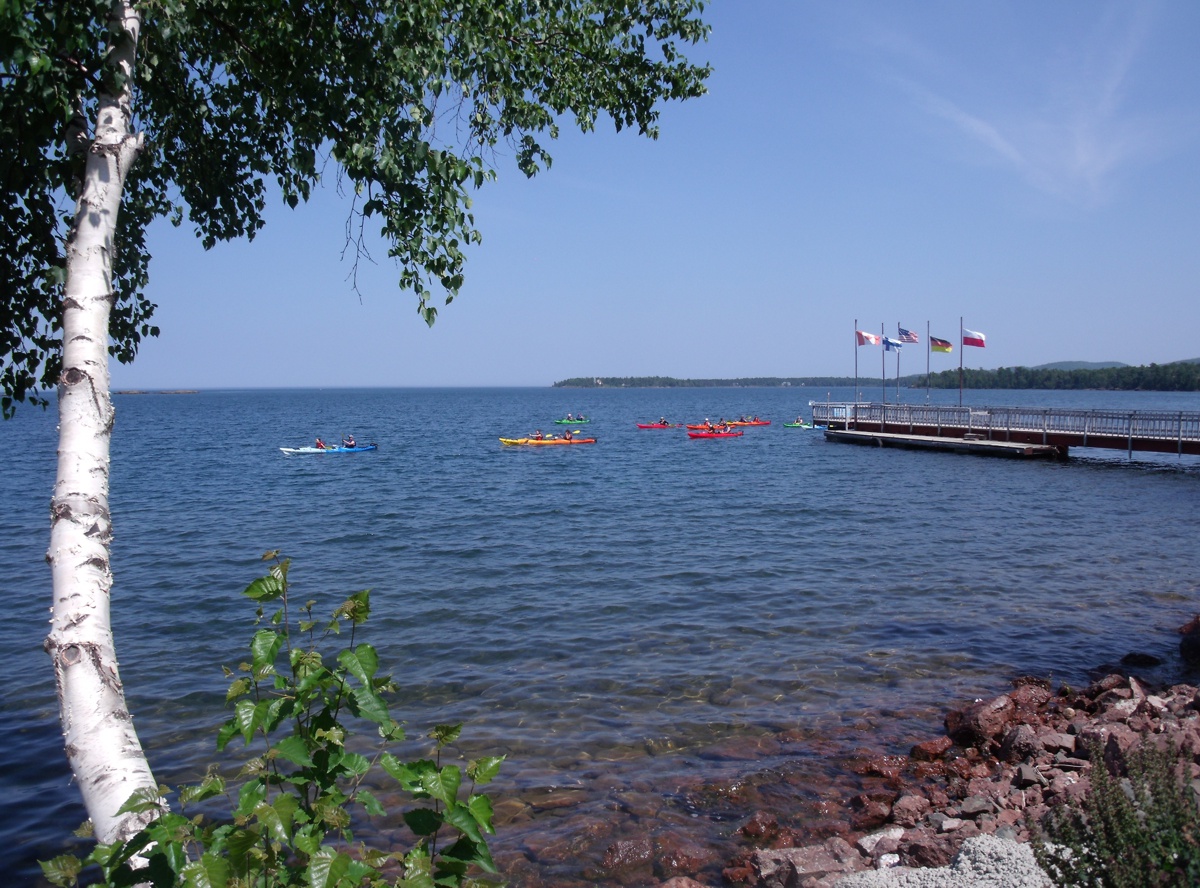 I set up my tripod and my long lens on my Canon digital SLR to get images of the light house. 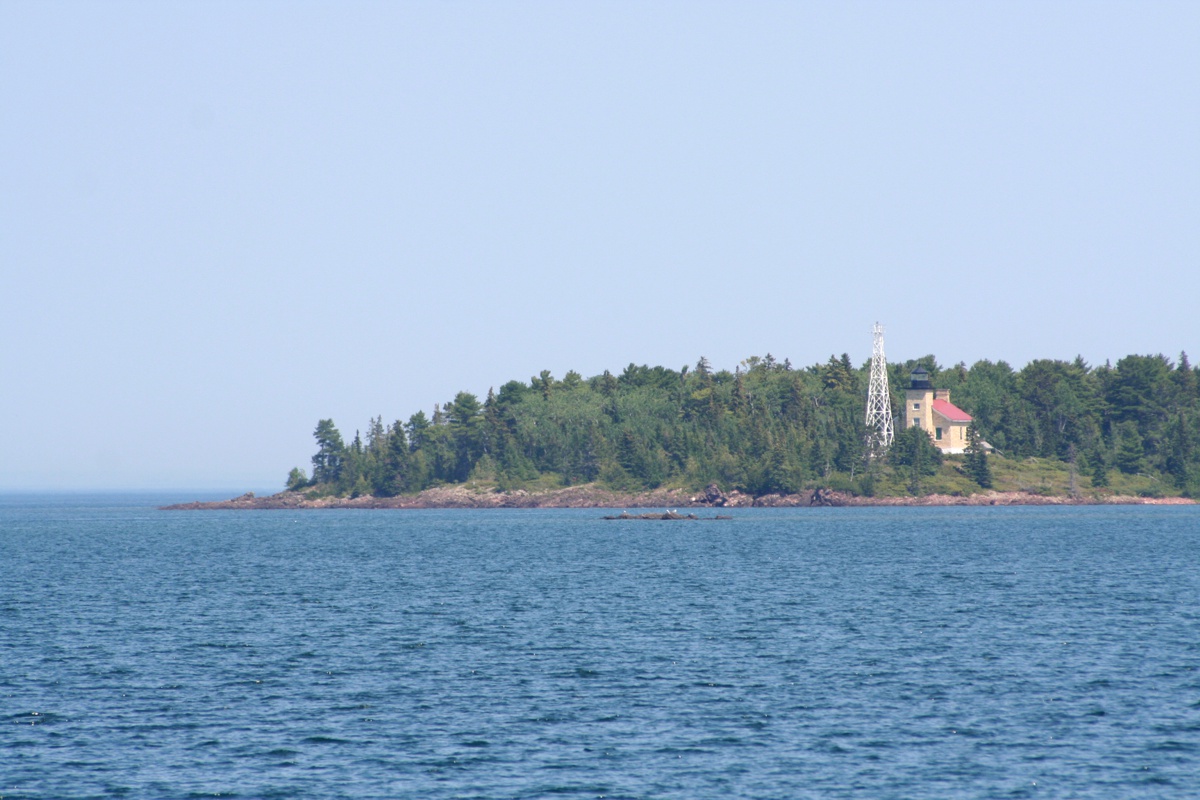 There are a few other houses on that side of the harbor. 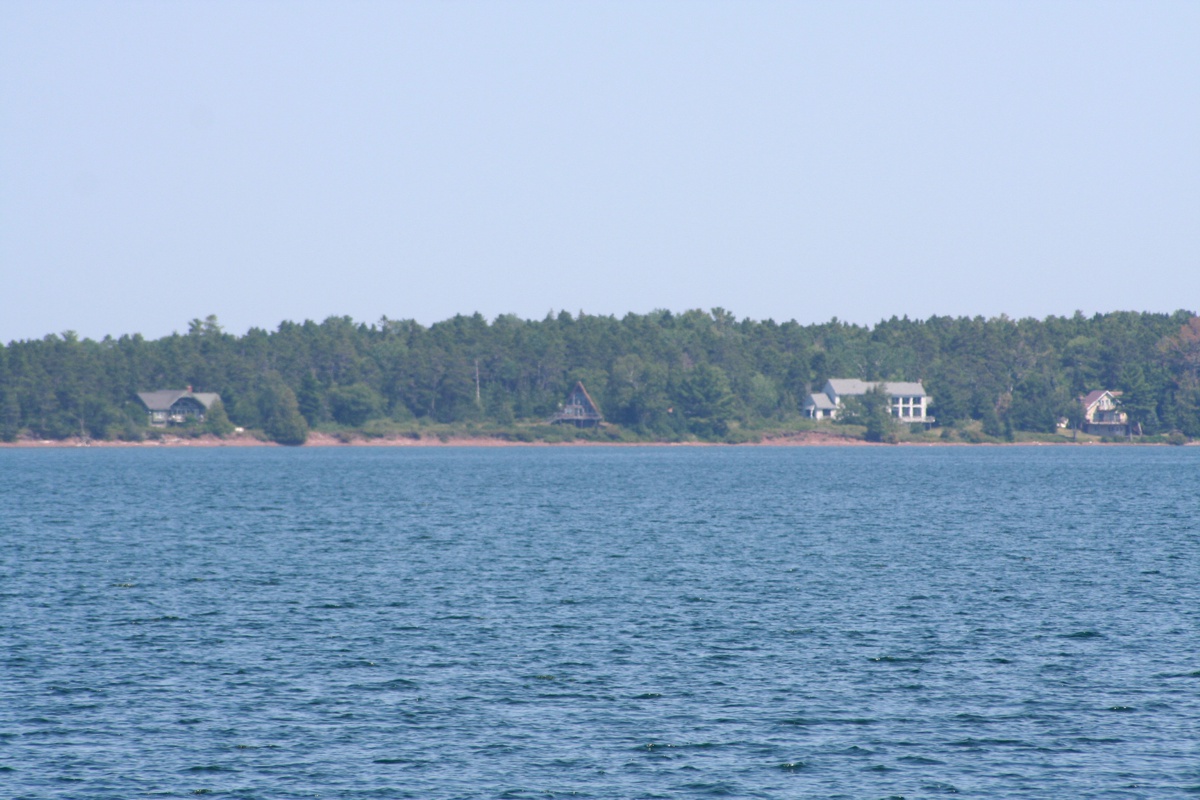 The Mariner North restaurant was where we had lunch before starting our trip southward.  The waiter told us about a scenic drive along a nearby mountain ridge.  The GPS recorded our arrival for a late lunch at 3:11 PM.  We departed at 4:35 PM. 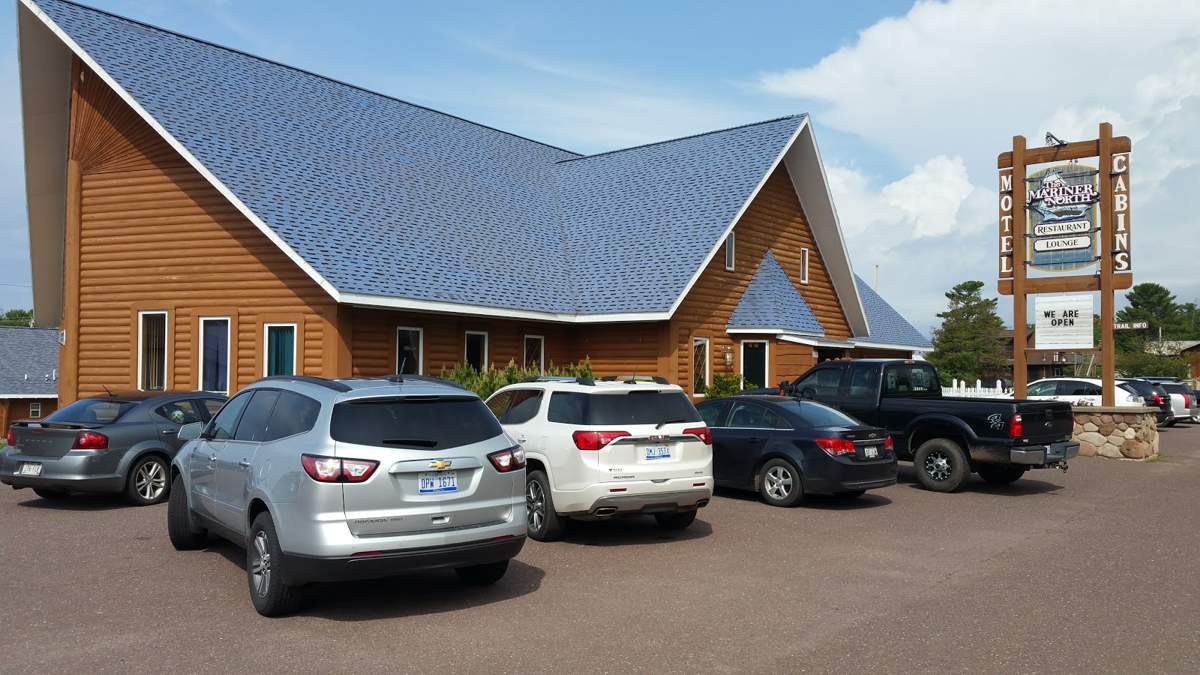 Here is the solution to the smaller signs that were stolen up near the end of US 41 a few miles East of town.  This sign is posted at the intersection of US 41 coming from the south and Michigan route 26 going west then south along the coastline of the lake.  We will take route 26 after a short detour to see some of this area from Brockway Mountain. 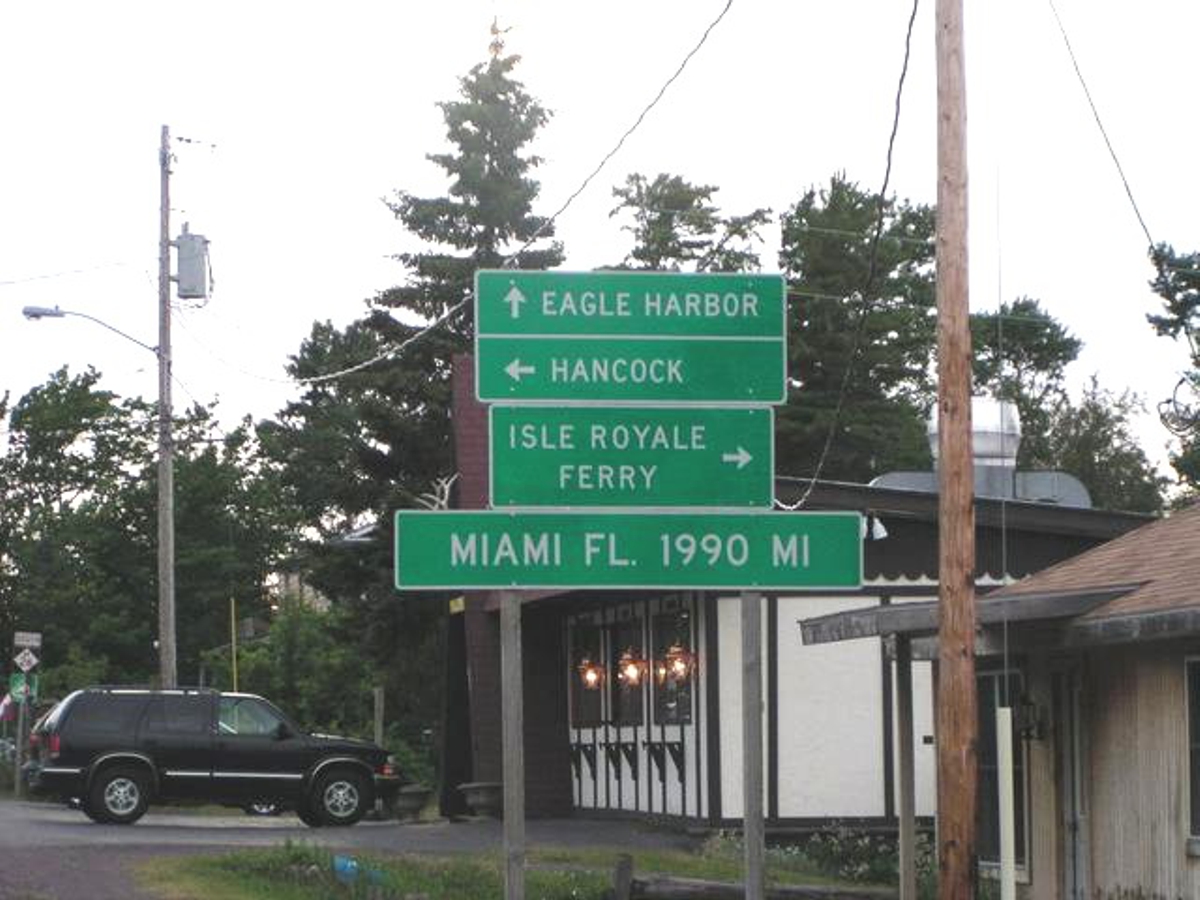