October 27, 2021:  The motel ran out of the best items on the free breakfast.  This hotel is located near where I lived from 2001 to 2012.  We got a quick breakfast snack at Wendy's just down the street from the hotel before getting on I-75 northbound to leave the Chattanooga area.  The BP gas station adjacent to the motel had good prices for fuel.  I had to use my Visa card to buy gas as they do not accept American Express Cards. 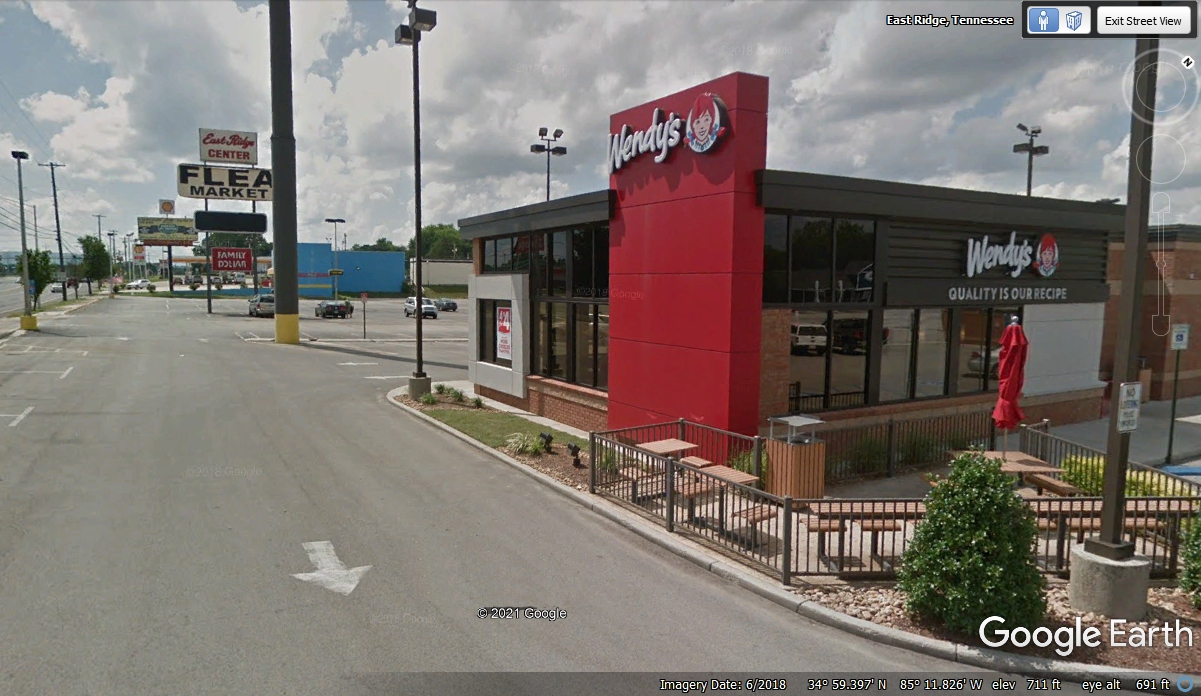 The BEST SURPRISE was when we got onto the I-75 entrance ramp!  It has a new northbound lane that bypasses the main travel lanes for folks getting on at Exit ONE!  We missed the traffic backed up in the lane for I-24 Westbound into Chattanooga.  Getting onto I-75 North at 8:21 AM is really easy now!  At the end of this new ramp, there are now FOUR lanes leaving the Chattanooga area on I-75 north. 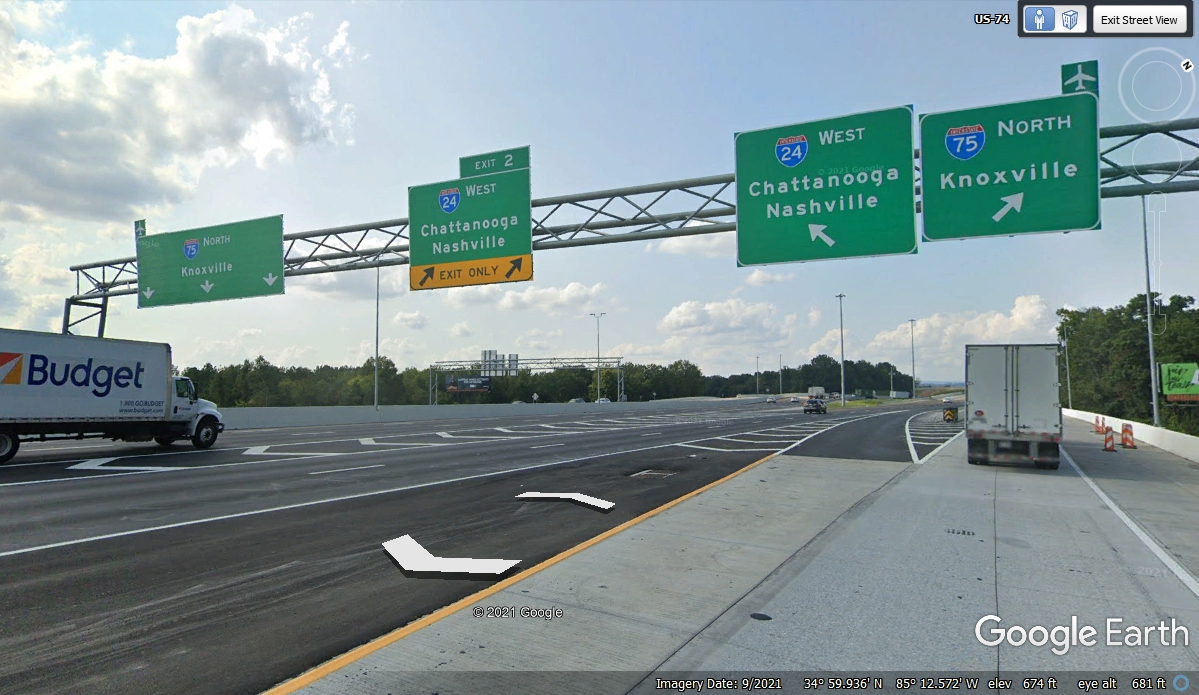 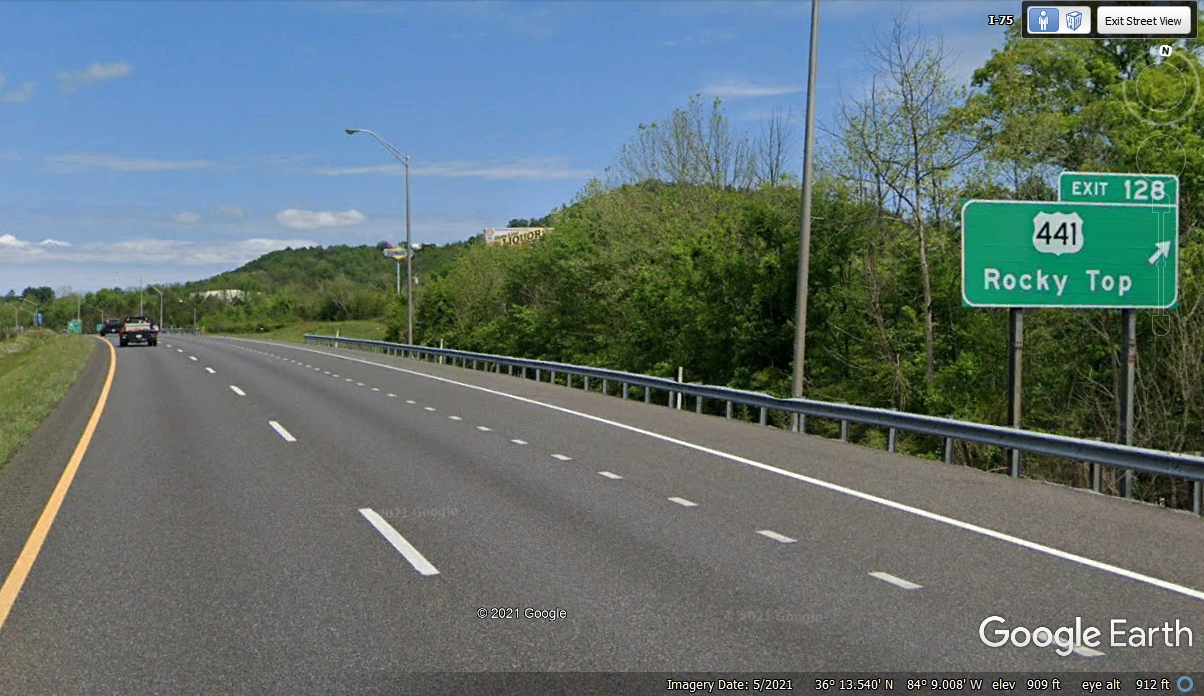 There was new road construction where I-75 begins climbing to the top of the mountain on the way to Kentucky.  This image shows how a new lane is under construction in the median.  When completed there will be THREE lanes going up to the top instead of the TWO lanes seen here.  That Komatsu unit was built in a factory located in Chattanooga, Tennessee.  Volkswagen also makes cars in their plant in Chattanooga. 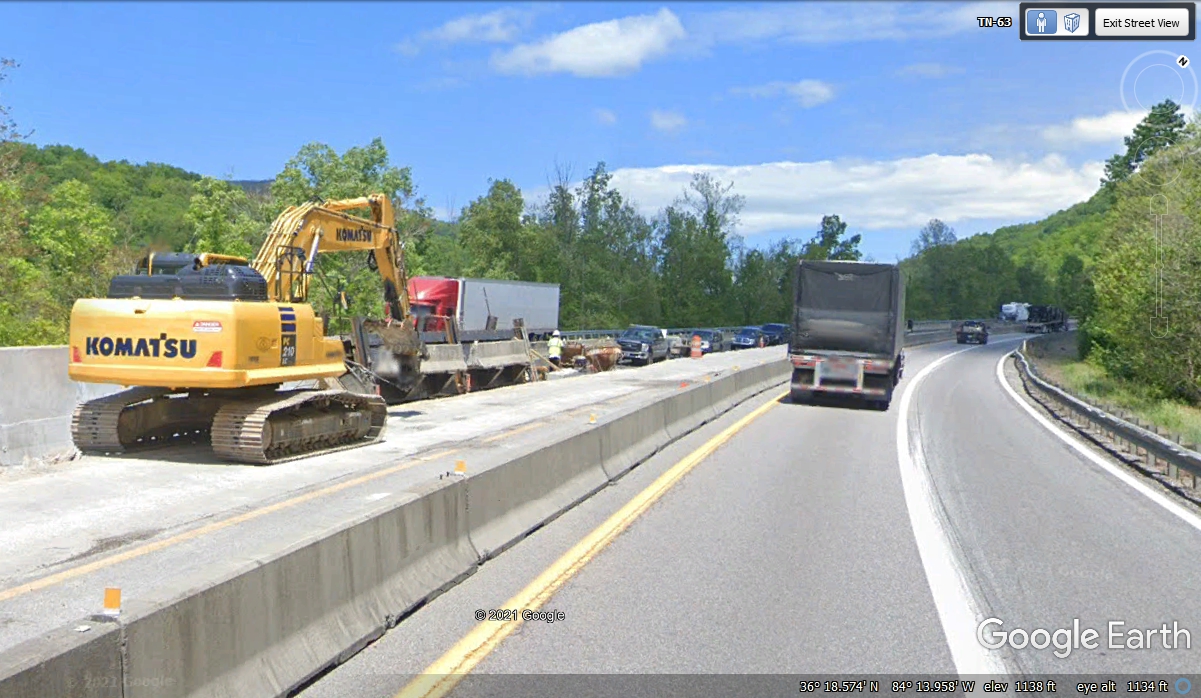 Up near the end of the northbound climbing zone the highway is divided to allow more work area as seen here. 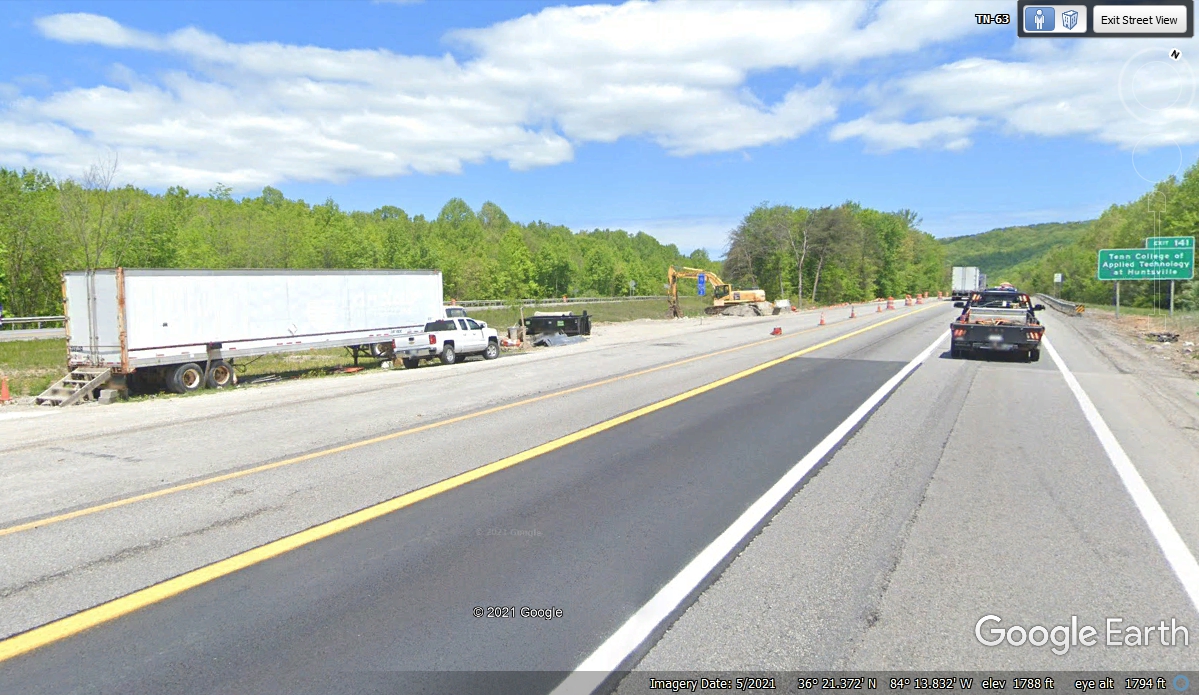 This exit is near what appears to be the high point of the mountain.  I noticed a big truck up there and stopped to take a few photos. 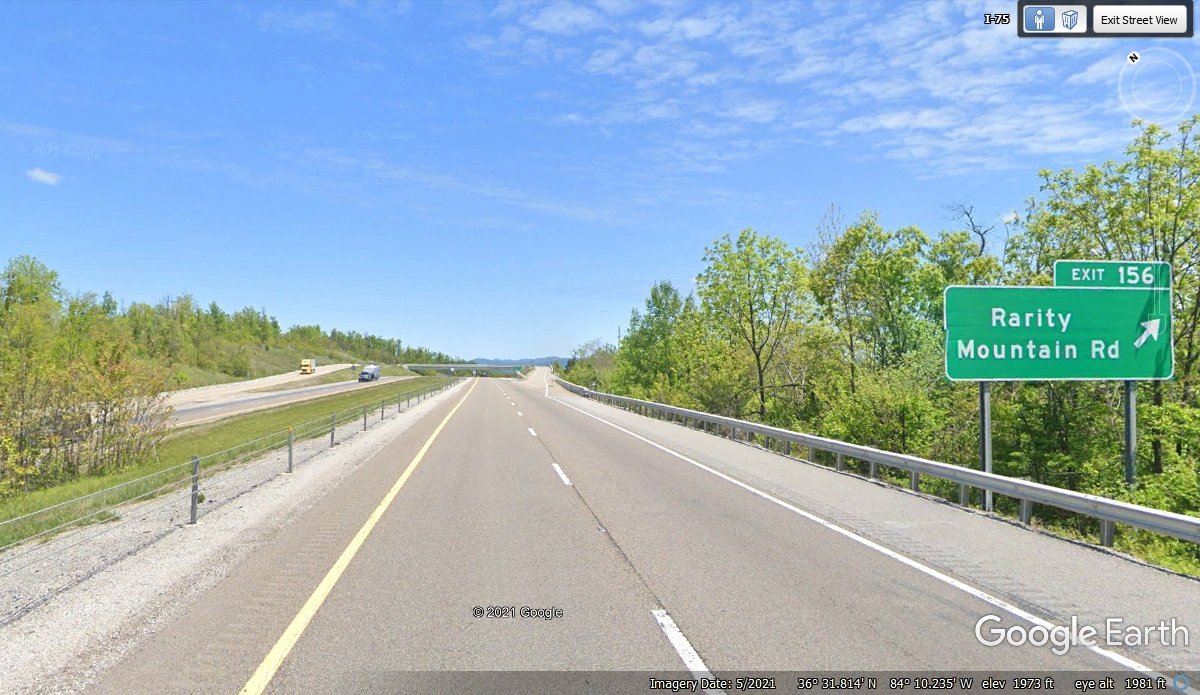 Here is the May 2021 image from Google Earth where we stopped briefly to take a photo. 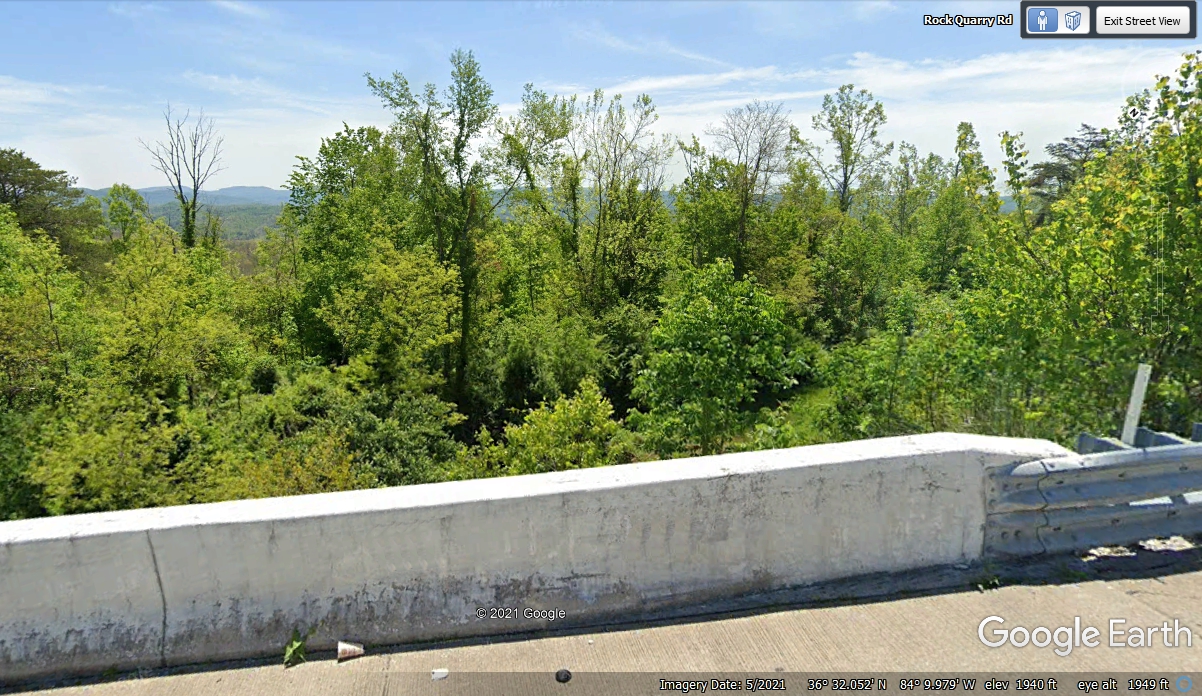 This is my photo taken from that location on October 27, 2021 showing ground fog in the nearby valleys.  We stopped here to take some photos at 10:26 AM and moved to our second location at 10:46 AM.

Here is my photo looking ahead showing the fog on the north side of the mountain near the Kentucky state line.  I changed the map memory chip in my Garmin 296 while we were parked here.  That map chip covers Kentucky and all states we will cross up to Connecticut.  I will have to change back to my "number ONE" memory chip before we get to New York City.  The memory chips contain EVERY street in each of the areas programmed into them. 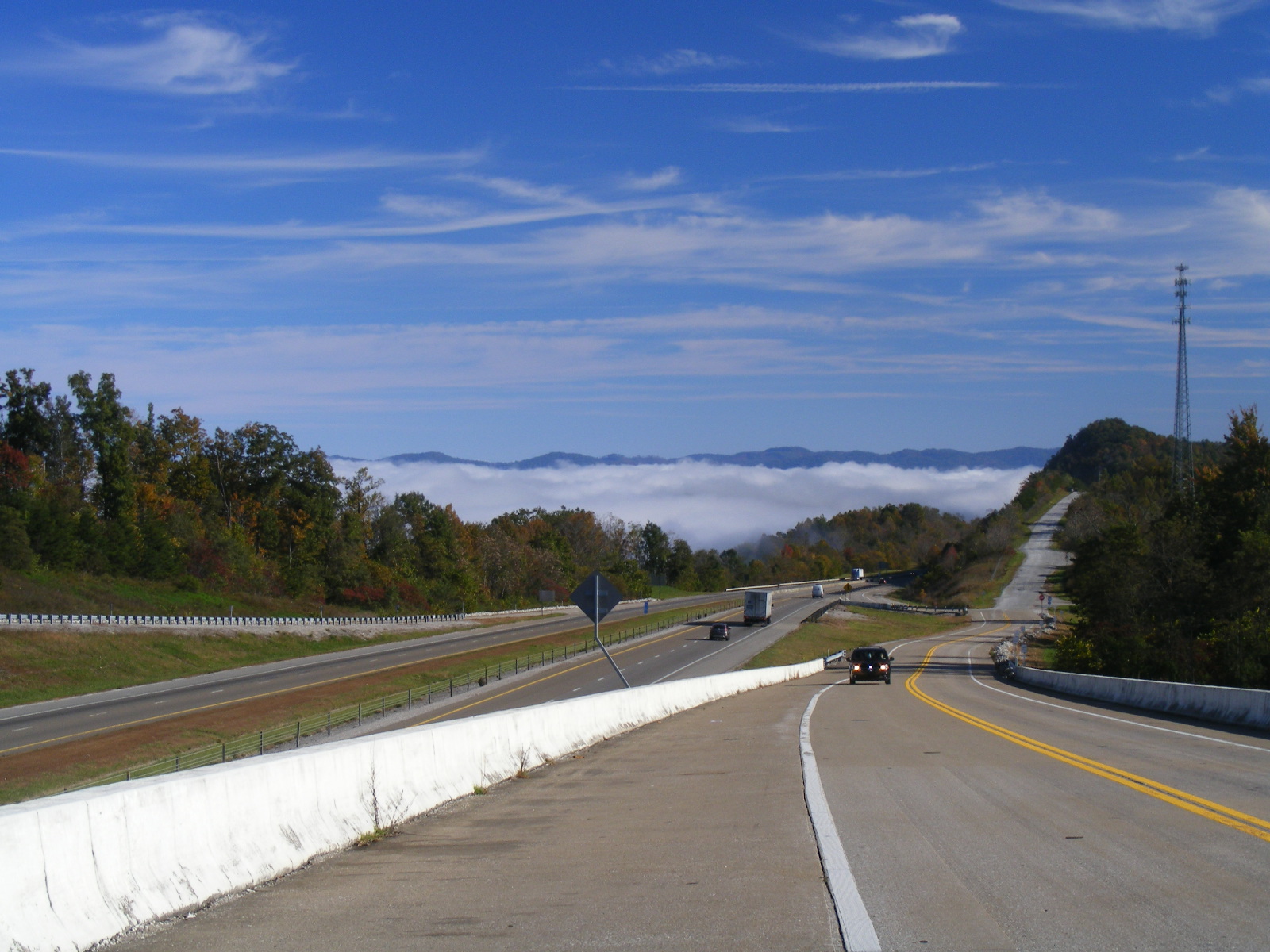 That car coming up the road seen in the photo above arrived at my location when I was trying to get a second photo looking East at the clouds. 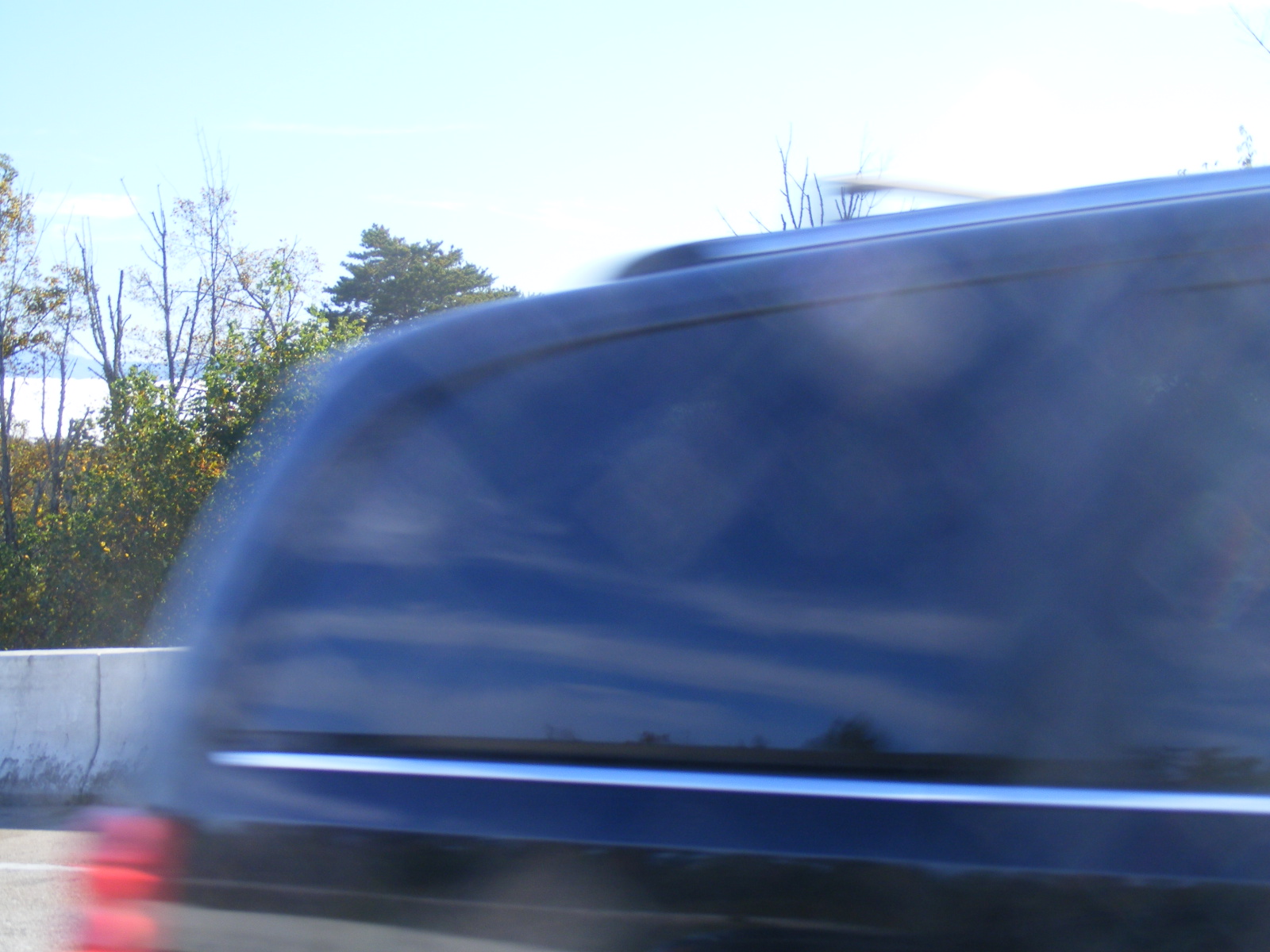 We went down to a parking area to give Chase some grass to relieve himself.  Looking from above, there is a road for "off road" four-wheel drive vehicles to go part of the way down the East side of the mountain. 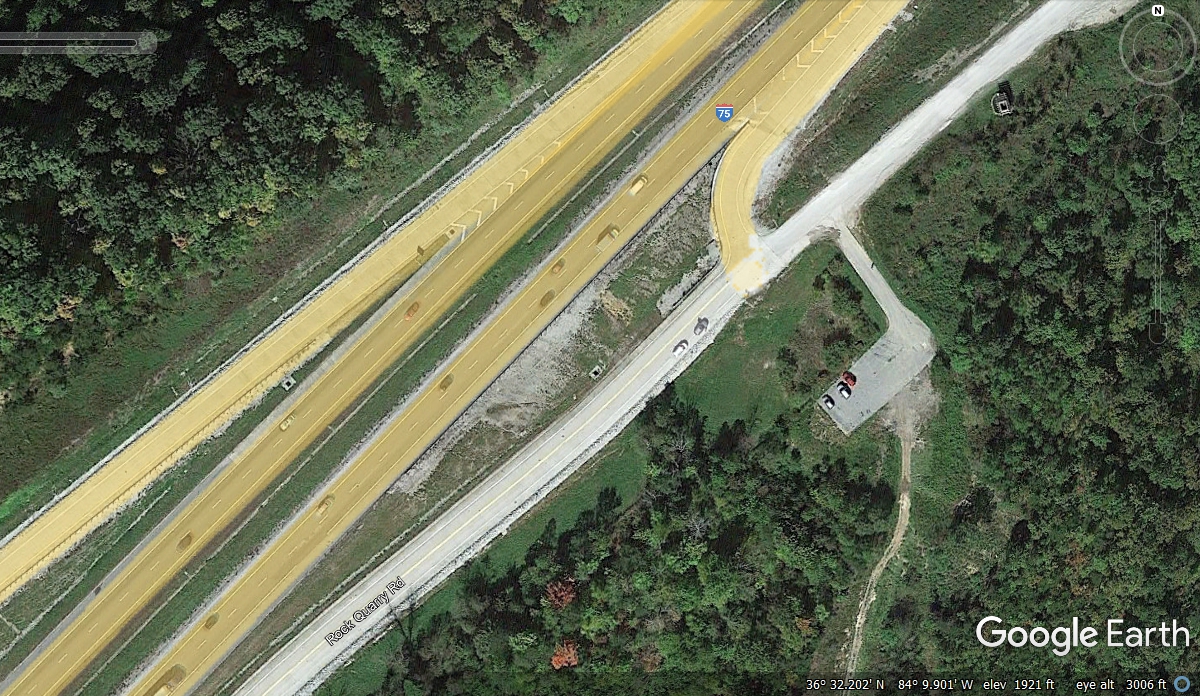 Here is the street view from the Google Earth camera car of the area seen in the photo above.  We got on I-75 north at 10:57 AM. 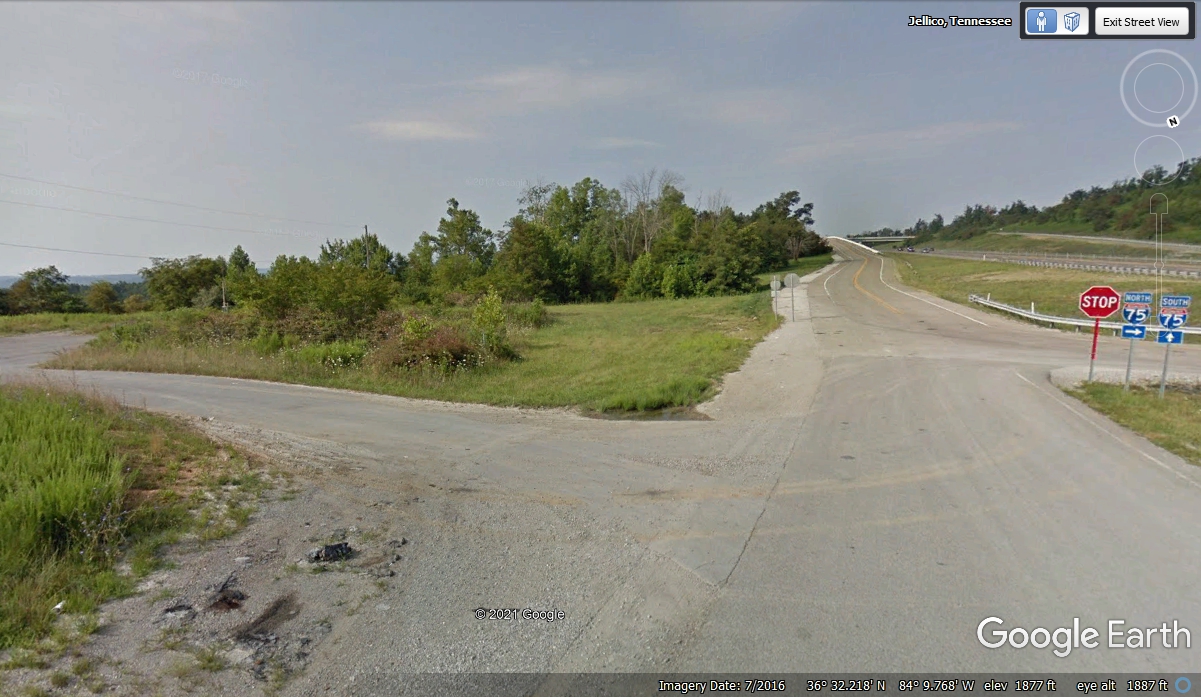 Not too far north of Rock Quarry Road, this descending curve in the northbound lanes has been given steps in the rock face to minimize falling rocks reaching the travel lanes.  This Google Earth image is taken from a southbound camera car looking at the rock face on the northbound side of the highway.  This same step technique was used near Ringgold, Georgia on I-75 where the growth of the trees have almost hidden the "Granite Steps" at that location.  That area of I-75 at Ringgold, Georgia opened in 1964 when I was a senior at Dalton High School in the next county south of Ringgold. 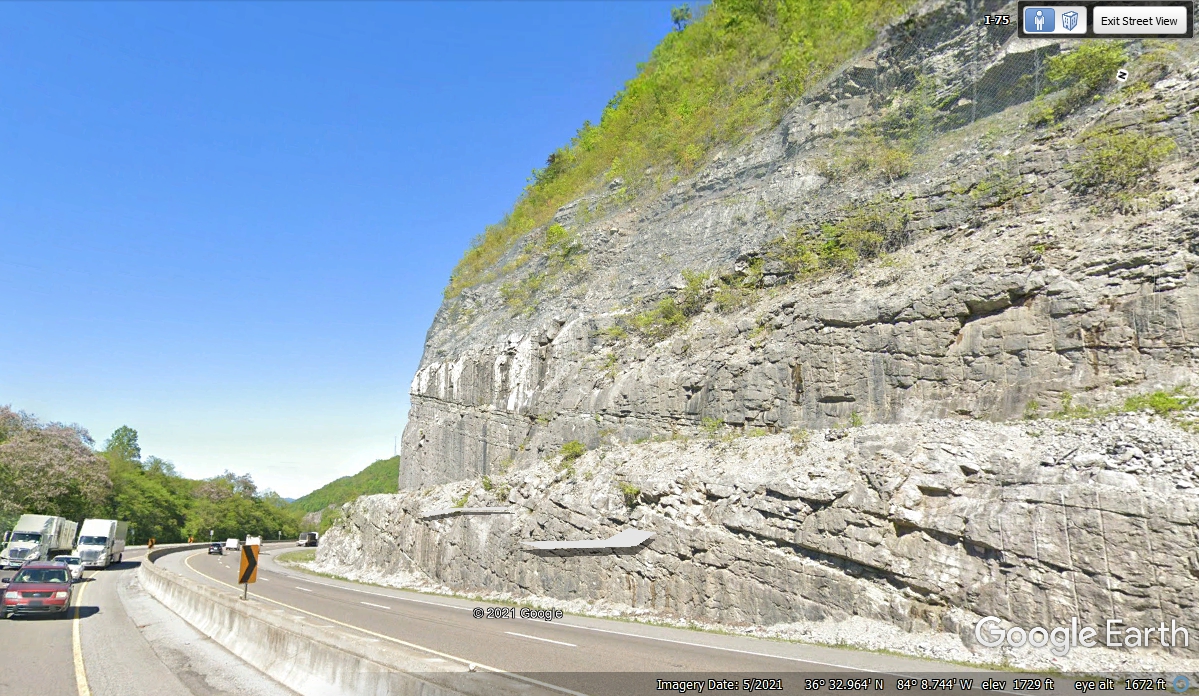 I-75 Exit 160 marks the end of the mountain with Jellico, Tennessee near this exit and the Kentucky state line up ahead. 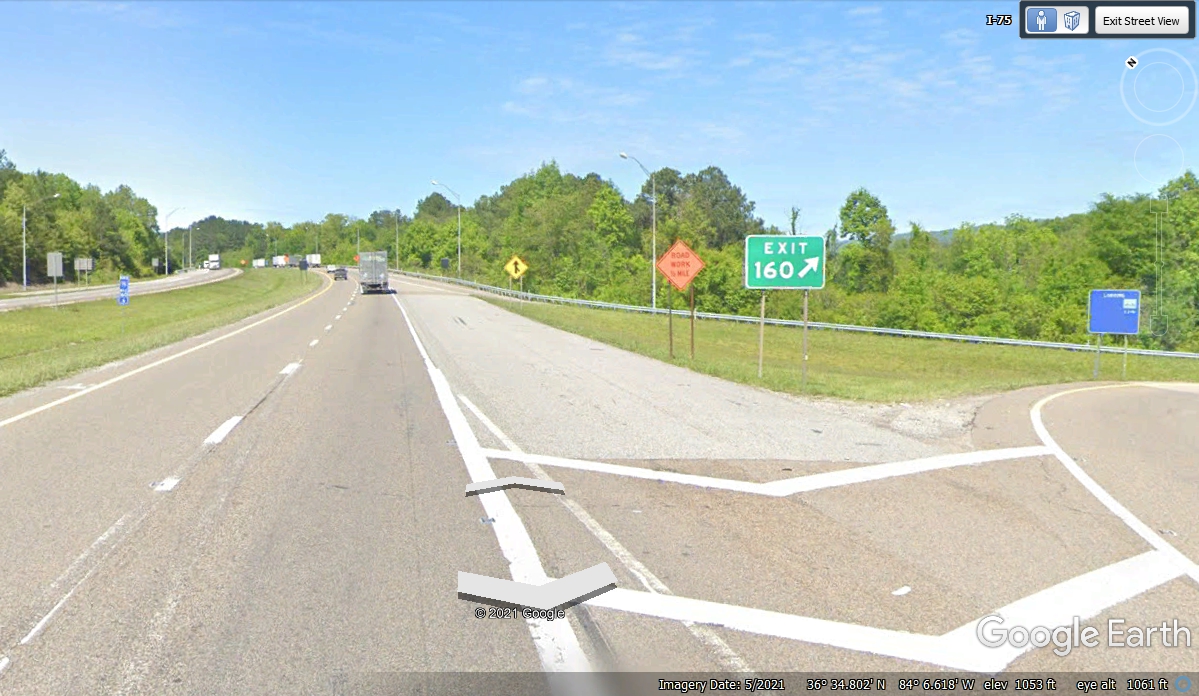