December 27, 2003: One of the perks when I am on the road for company business -- I sometimes cross paths of other RV builder/pilots.   Today, it was Larry Westbrook and his RV-9A, S/N 90016.  Yep, Larry got the 16th RV-9 kit from Van's Aircraft about 2 years ago.  Larry lives near Lumpkin, Georgia and has a 3,500' grass strip with a hangar on it.  This was my first ride in an RV-9A.  My only other ride in an RV was at Sun-N-Fun from the South Lakeland airport a few years ago.  The RV-9 is less sensitive on the controls than the RV-6.  Larry put the airplane in a 45-degree bank and trimmed it for level flight, and it stayed in that bank with no nasty tendencies.  Before the RV, Larry had a Cherokee 140, and it was not as forgiving in a 45-degree banked turn. 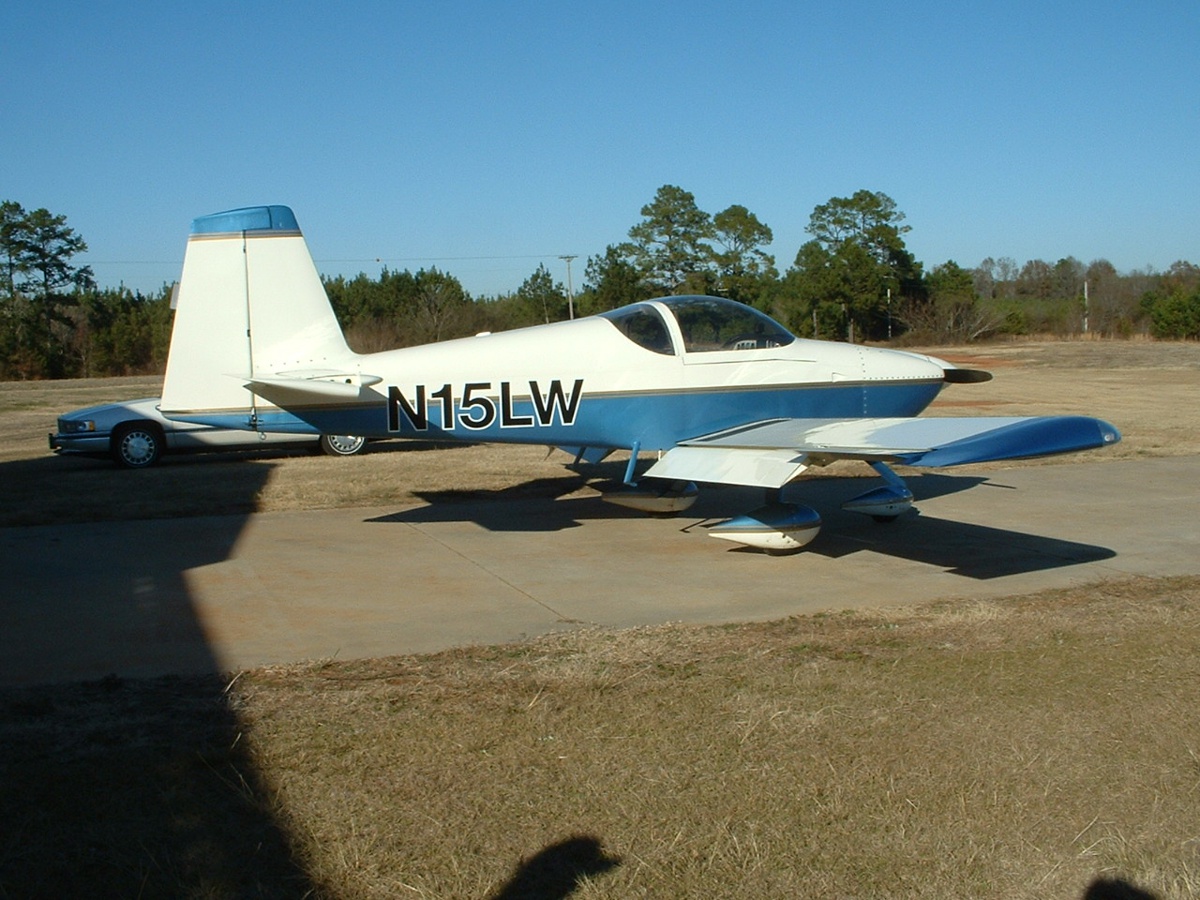 Larry buys his AVGAS in bulk and keeps a 1000-gallon tank on site.  He hardly ever visits a "real" municipal airport.  He uses a Lycoming 0-320 with a fixed-pitch metal cruise prop.  It moves on above 185 mph easily.  We spent about 36 minutes in the air giving me a chance to feel the airplane at speed and in slow flight.  The stalls were easy and very stable. 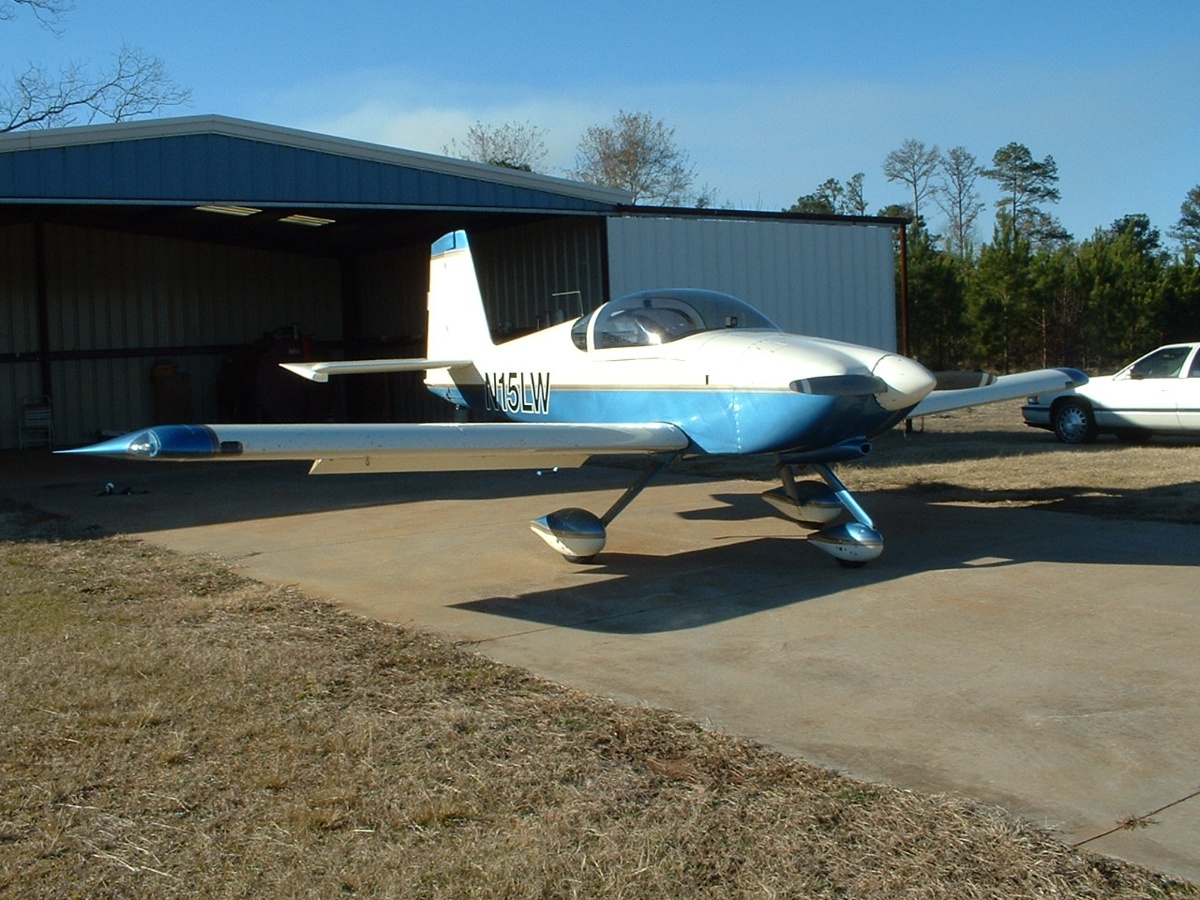 He has an all-electric panel, no vacuum pump here.  Strictly VFR, but with the same wing-leveler auto-pilot that I have, coupled to the Bendix moving map GPS.   The COM radio is from Apollo, and the latest Garmin transponder.  He does have electric trim on both elevator and ailerons. 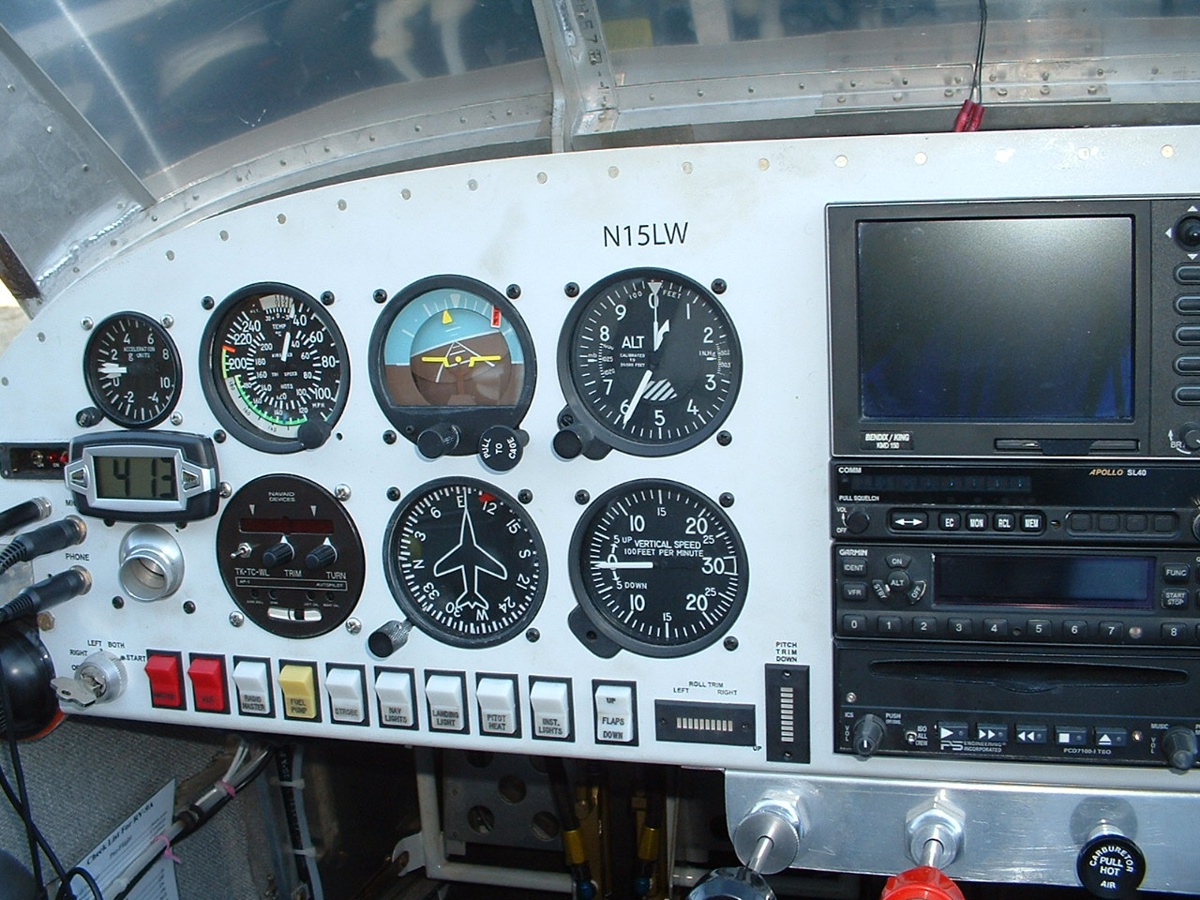 The right side of the panel is traditional guages from Van's.  His original Hobbs meter failed and it has been replaced.  He had to let the new meter run on a power supply to get it up to the 228.6 hours elapsed before the failure of the old unit. 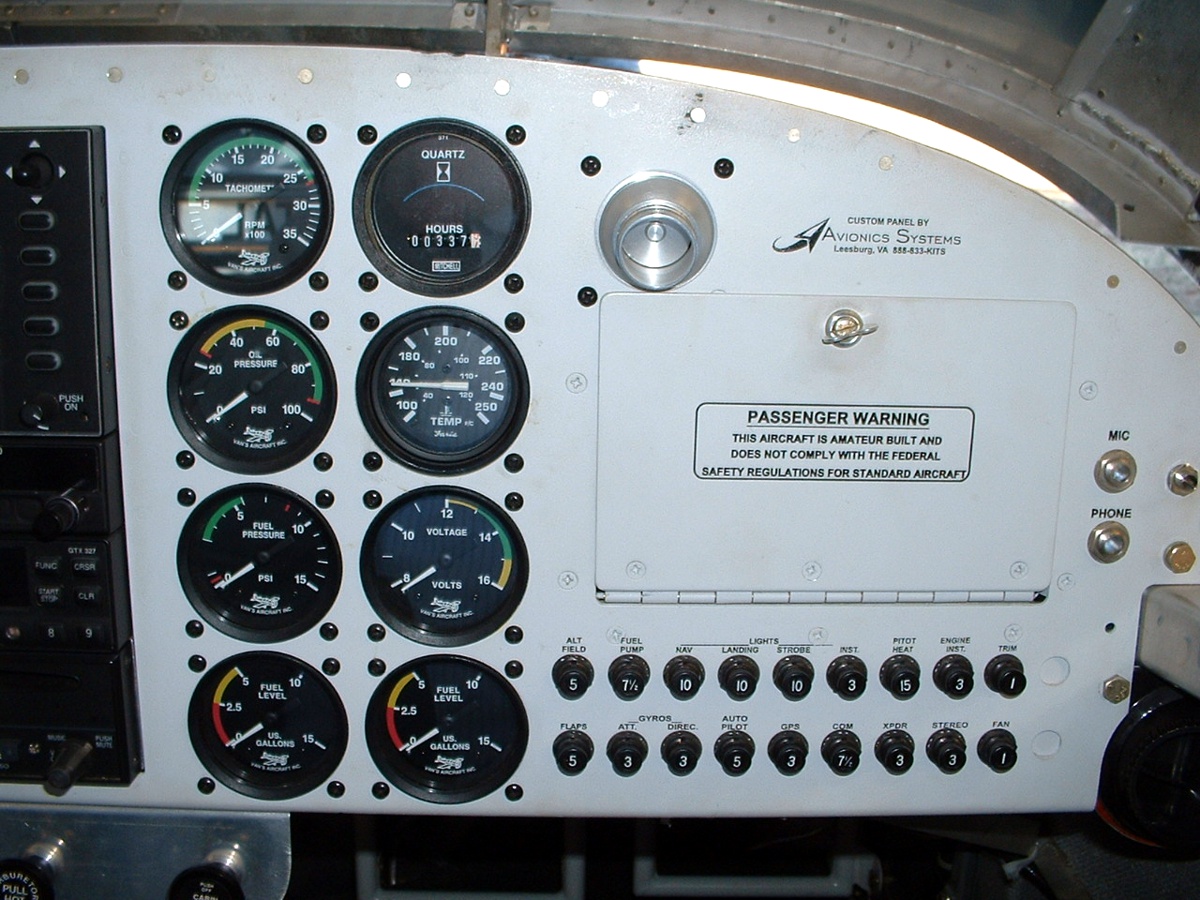 And of course, here is Larry posing for the "official photo" after our short flight.  He used screws to hold his cowling instead of the hinges that are commonly used on many of Van's aircraft. 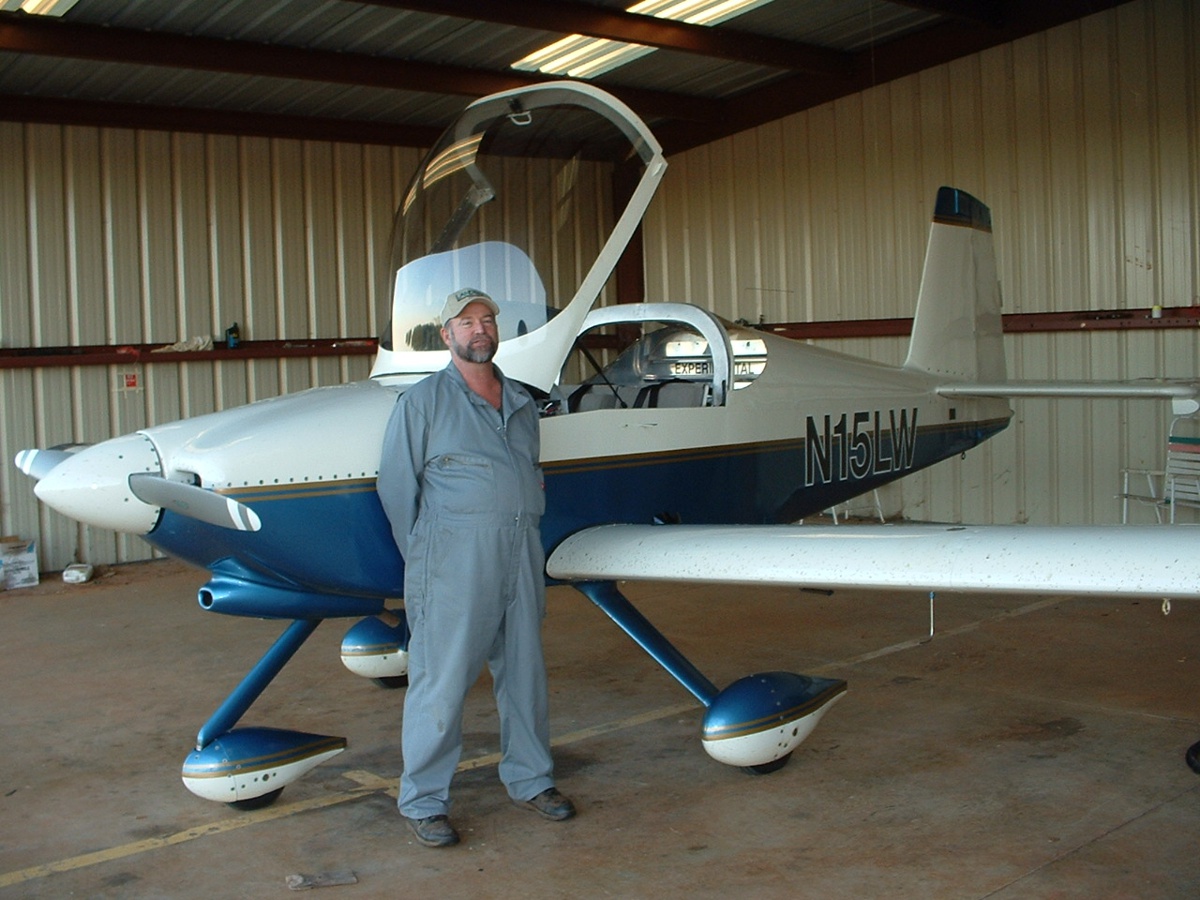 Here is the oil access port - pretty much standard according to David Edgemon. 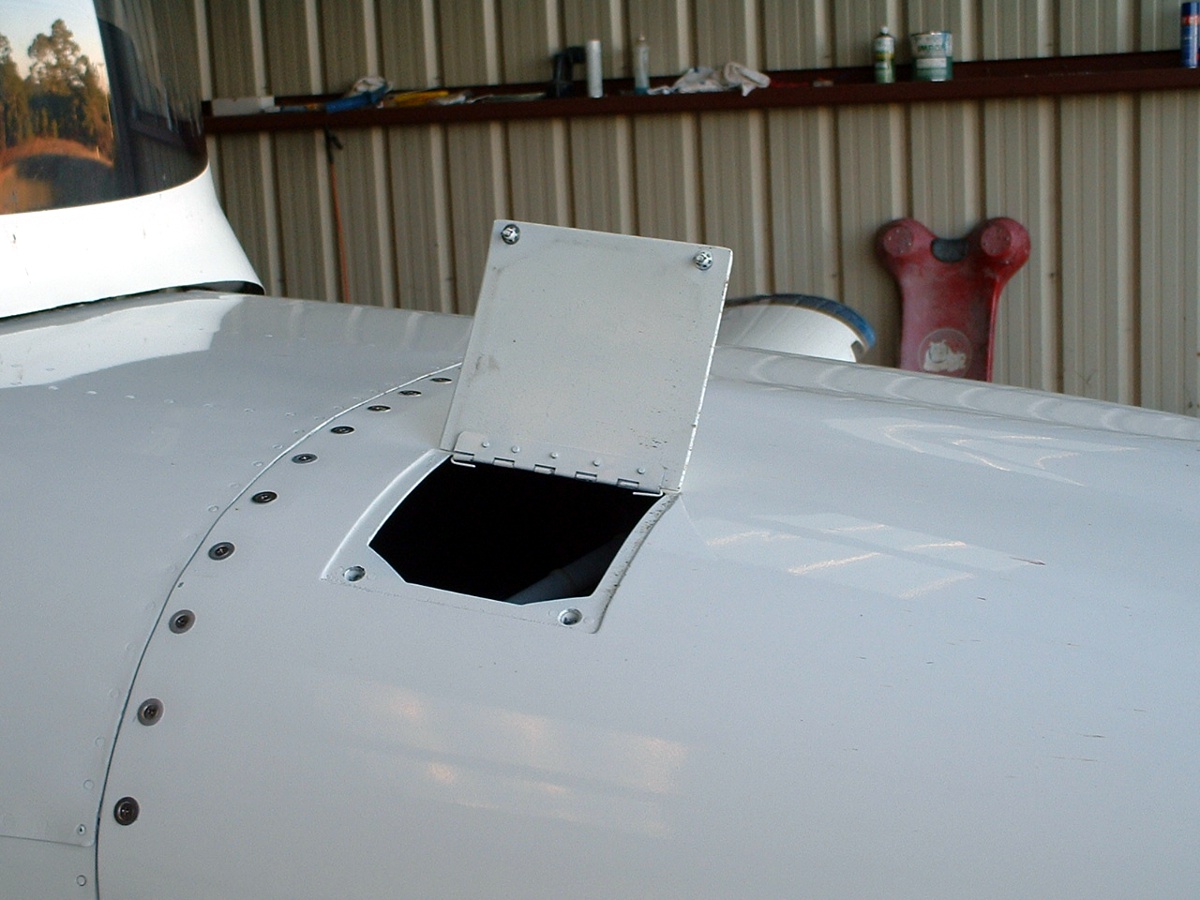 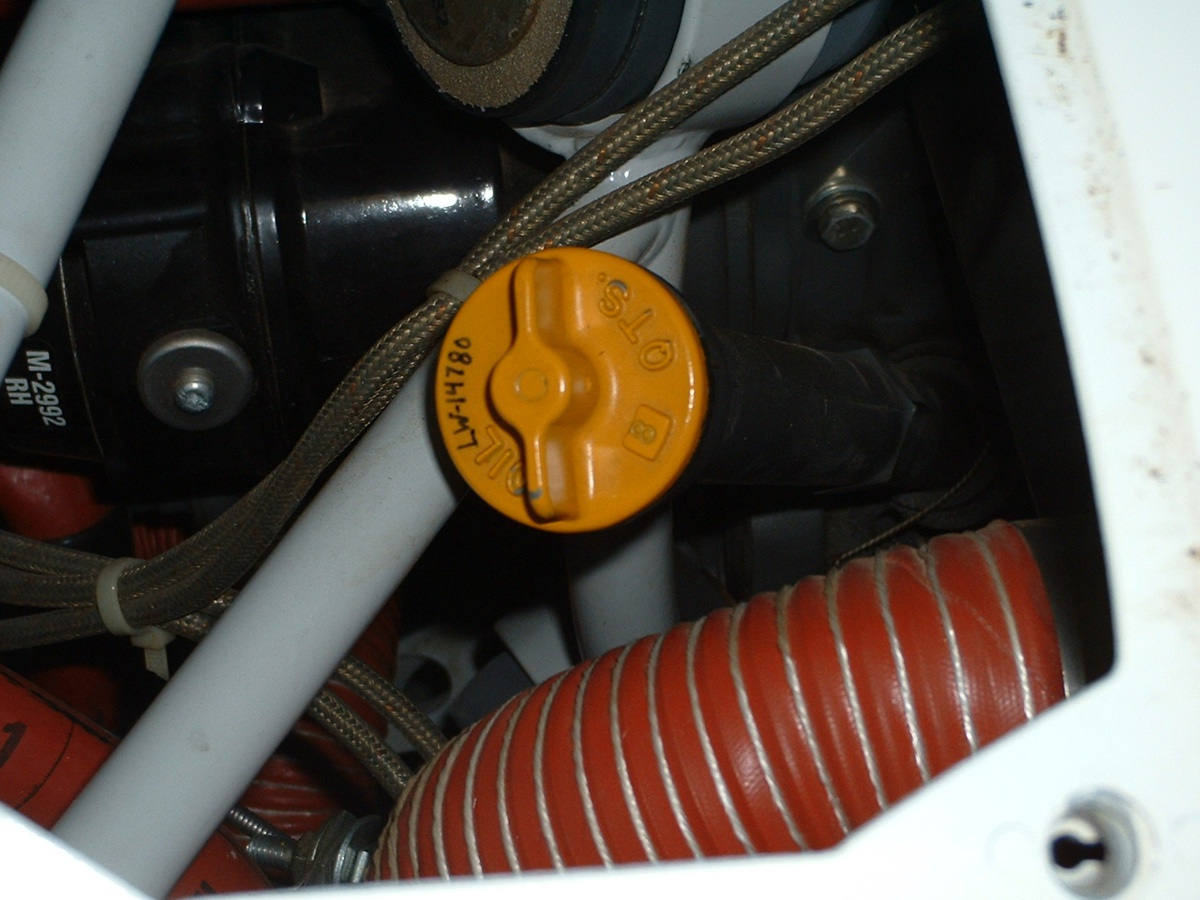 Underneath the gascolator (right), Larry has put an extension tube to bring the drain valve down to the bottom of the cowling to remove water from the gascolator when needed.  He has not yet put a wire screen on the fuel vent line shown at the left of this photo.  He has started putting a cover on his pitot tube after a dirt-dobber plugged it up once upon a time. 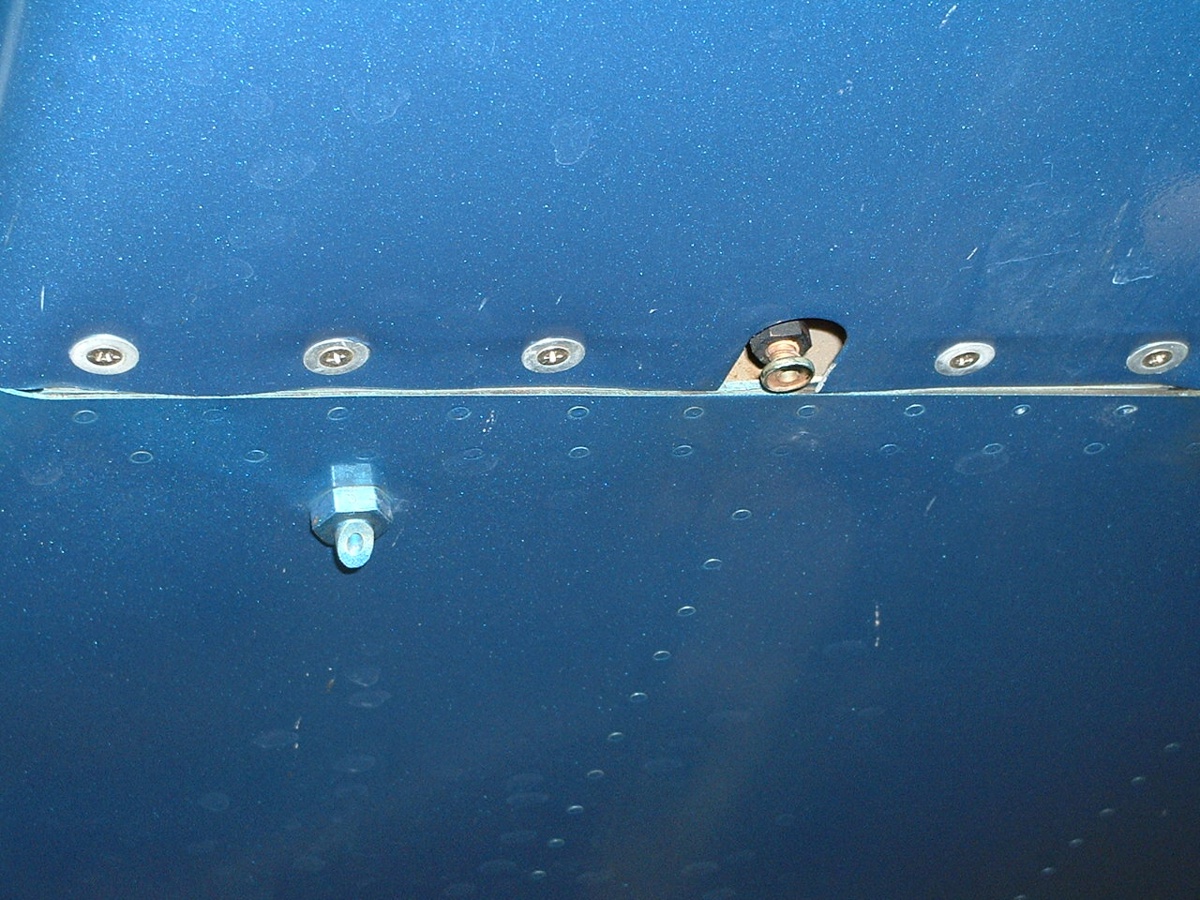